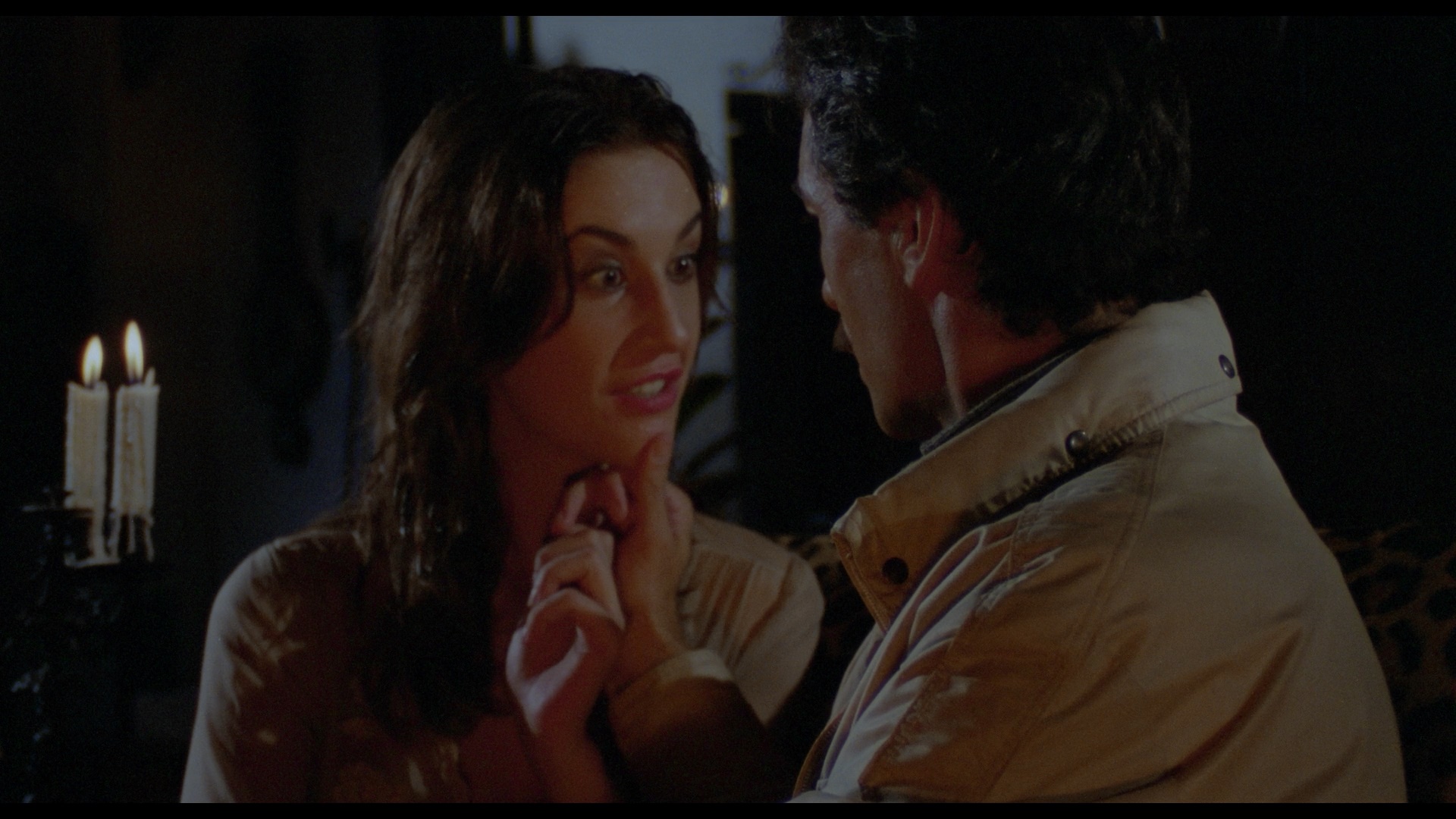 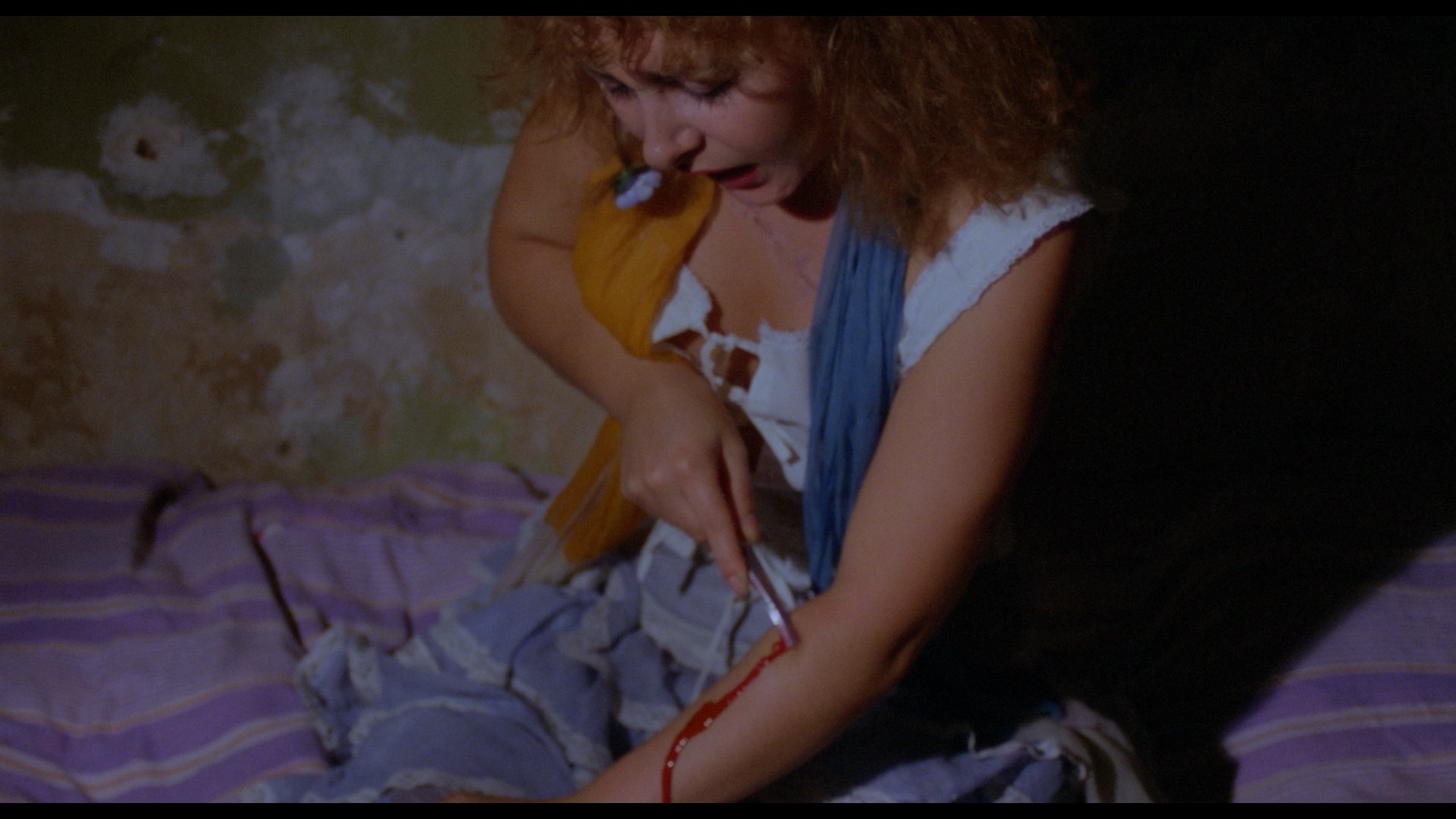 regarded as a high point in the history of Spanish horror, but it does feature the occasional entertaining nugget from the likes of Paul Naschy, Jess Franco and José Ramón Larraz (not to mention the glorious Pieces). Stuck somewhere in the middle is the neglected and wildly derivative Secta Siniestra, which tries to pawn itself off as American product with Anglicized cast and crew names but absolutely shows its Euro horror roots in every single frame. Essentially unknown to English-speaking viewers, the film has been given its first shot at the international limelight with a dual-format Blu-ray and DVD edition from Vinegar Syndrome that retains the Spanish title on the packaging but also brands it as Bloody Sect on the menu screen.

The marriage between Helen (Quer) and the older, blind Frederick (Martos) has plenty of speed bumps including his grisly past history involving his frenetic, institutionalized first wife (who discovered his affair with Helen) and their inability to conceive a child. Enter Dr. Gerard (Zani), whose Anton LaVey-style facial hair should be a dead giveaway that something's amiss when he says he can help their fertility issues. Sure enough Helen's pregnant, but the jig is up when it turns out she's been chosen to bear the spawn of Satan -- and the doctor and his cohorts will stop at nothing, including throat slashing and stabbings galore, to usher in the prince of darkness. 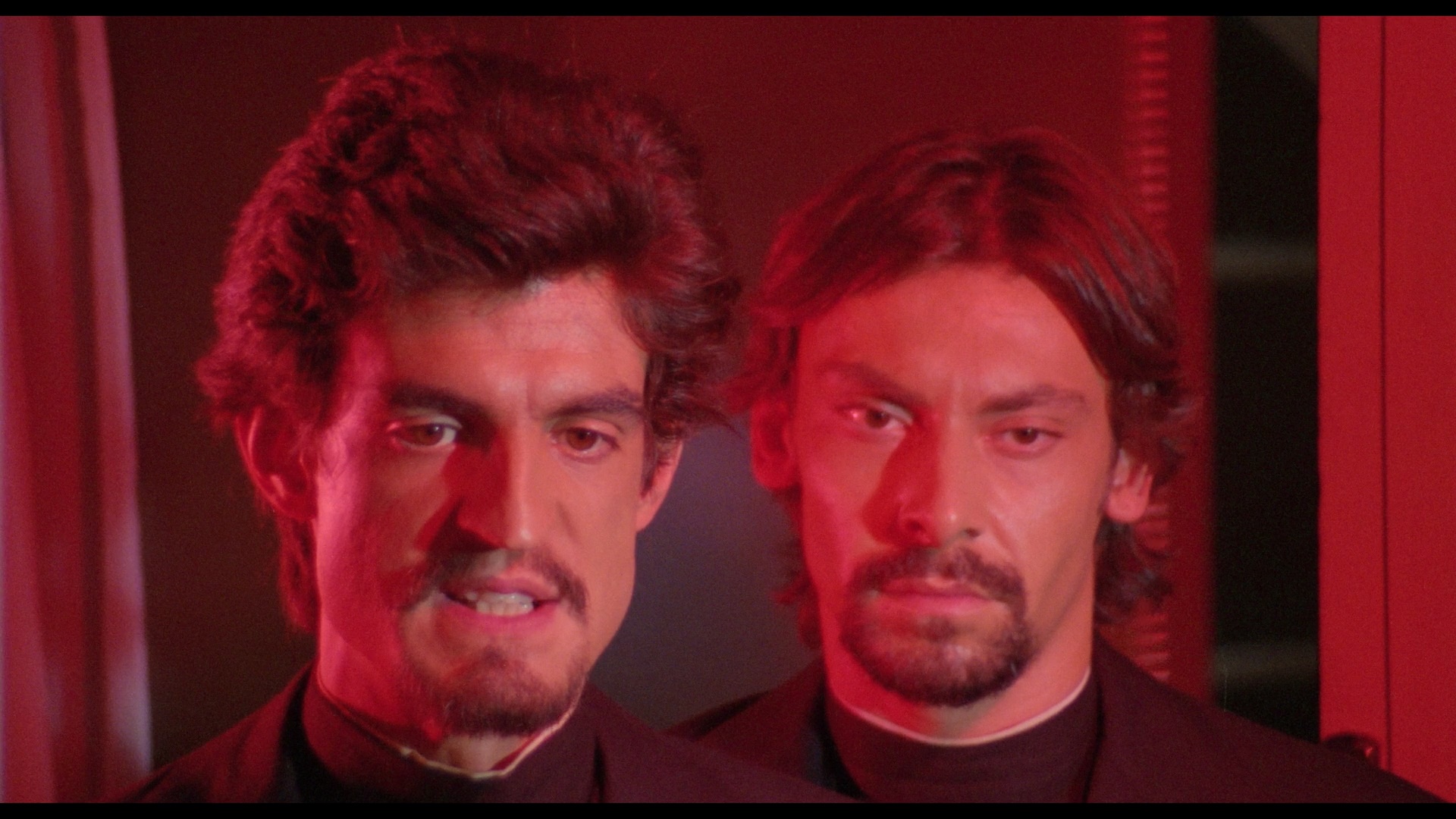 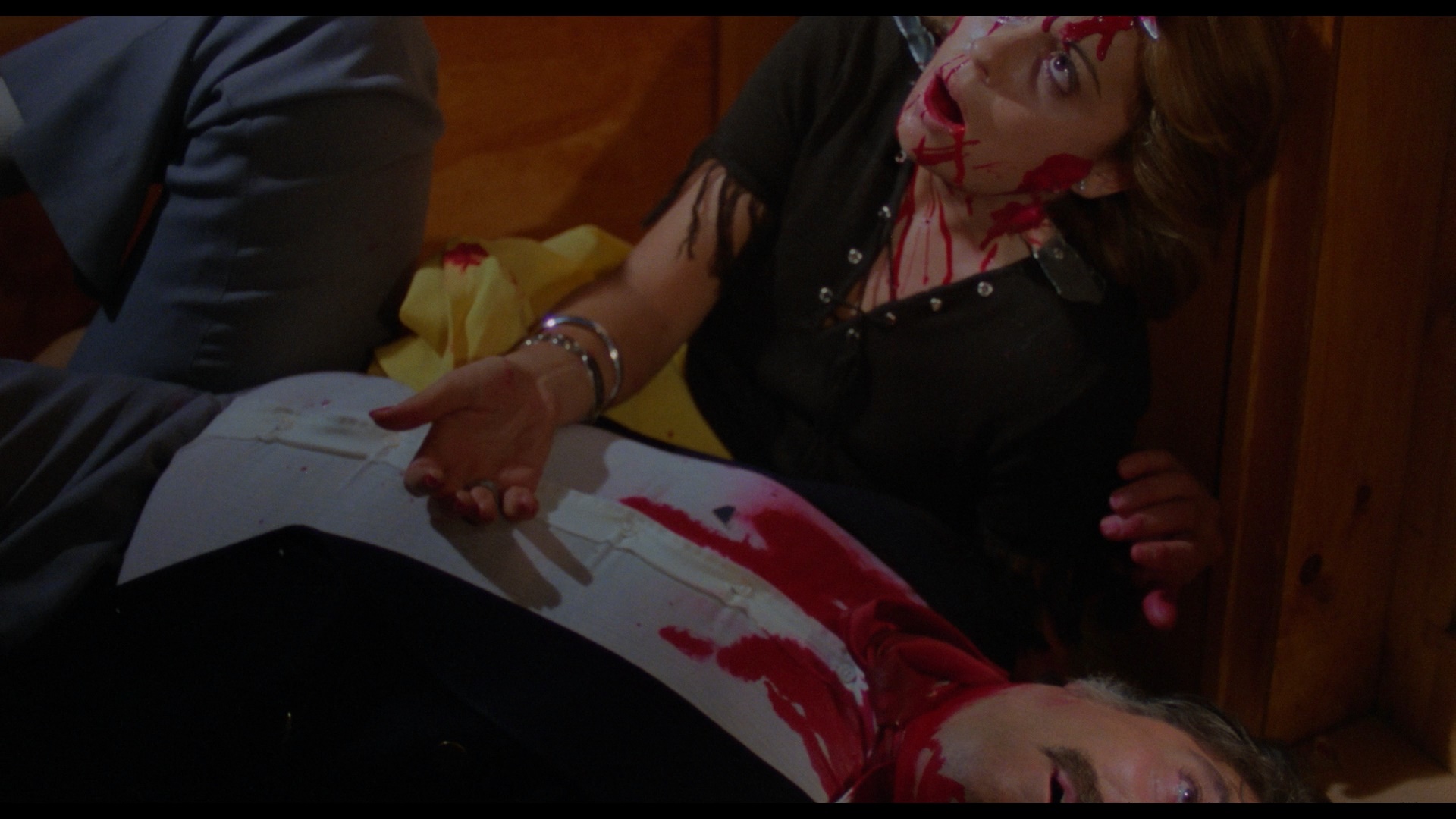 In his early 70s at the time, director Ignacio F. Iquino had been dabbling in every genre imaginable since the '30s except for horror, until this one occasion. His extensive work in softcore dramas around this time had resulted in some better than average fare in the post-Franco sex wave (particularly Los sueños húmedos de Patrizia), but here he throws in everything but the kitchen sink to turn out a commercial genre film. That includes aping just about every single horror hit for the past few years including Rosemary's Baby, The Shining, The Omen, Suspiria, Rabid, The Exorcist... you name it, complete with bed shaking, door axing, and demon child delivery. The production crew heaps on the stylized lighting during the more intense scenes as well (including tons of red) to make it look slicker than the very tiny budget would normally indicate. It isn't particularly good and doesn't have an original bone in its body, but there's rarely a dull moment and the final cheapjack revelation of the son of Satan is really something you have to see to believe.

As much above, this film is a real unknown quantity for just about anyone except the most dedicated Spanish horror junkie and makes for an interesting addition to the Vinegar Syndrome library as they dive 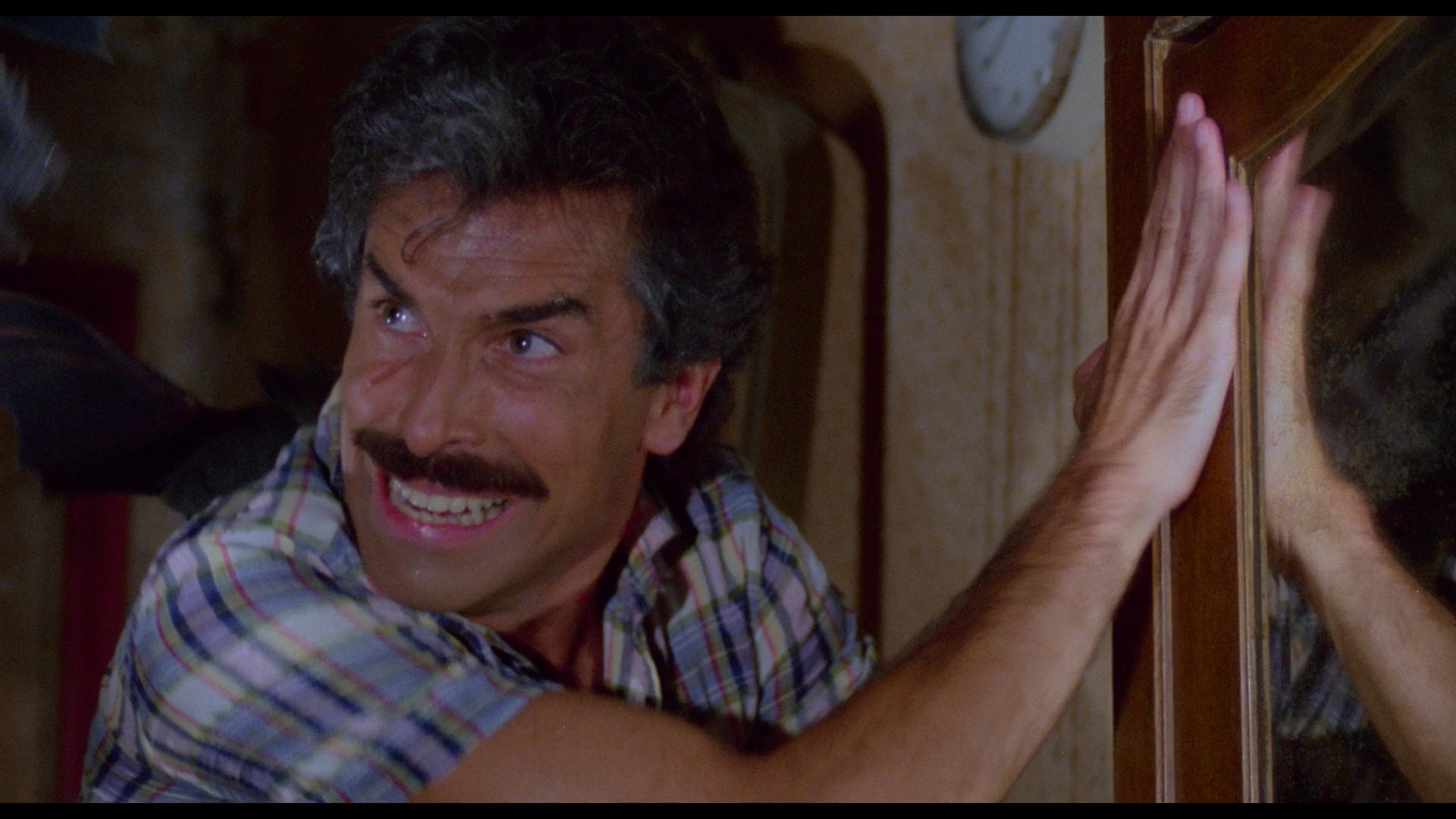 deeper into the vaults after the superb The Corruption of Chris Miller. The image quality is as gorgeous as you'd expect with nary a blemish on display and 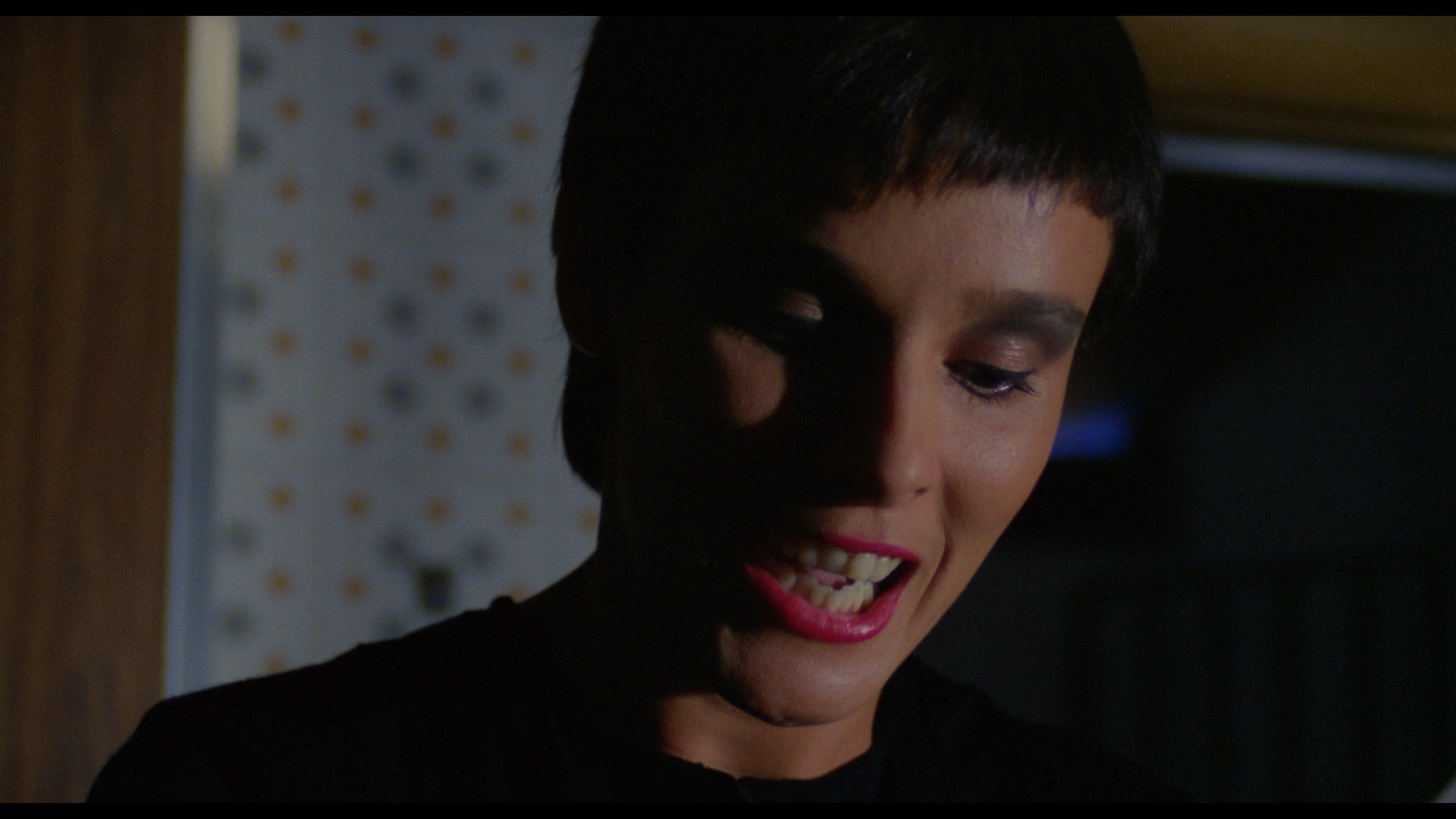