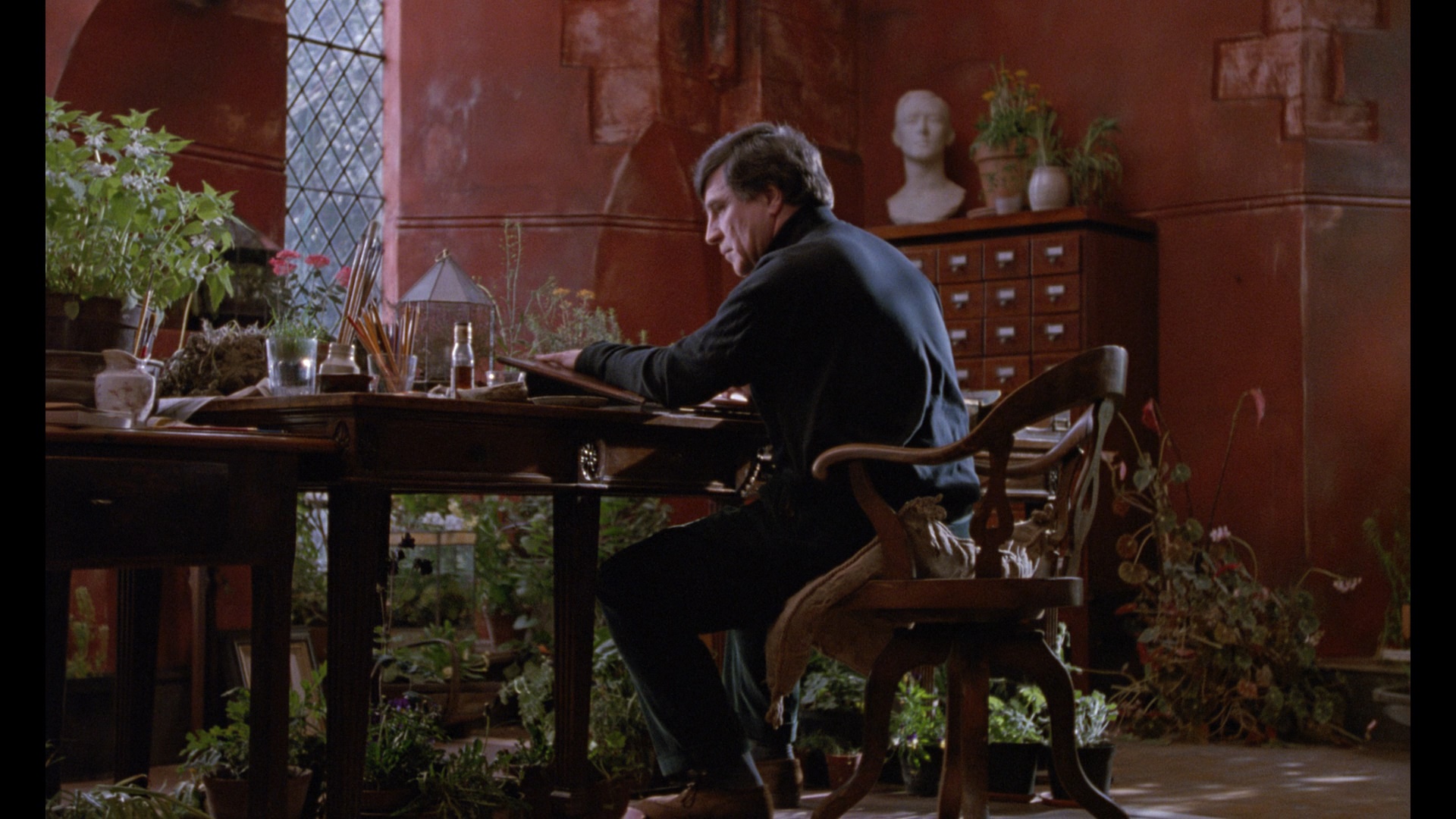 known for his groundbreaking television 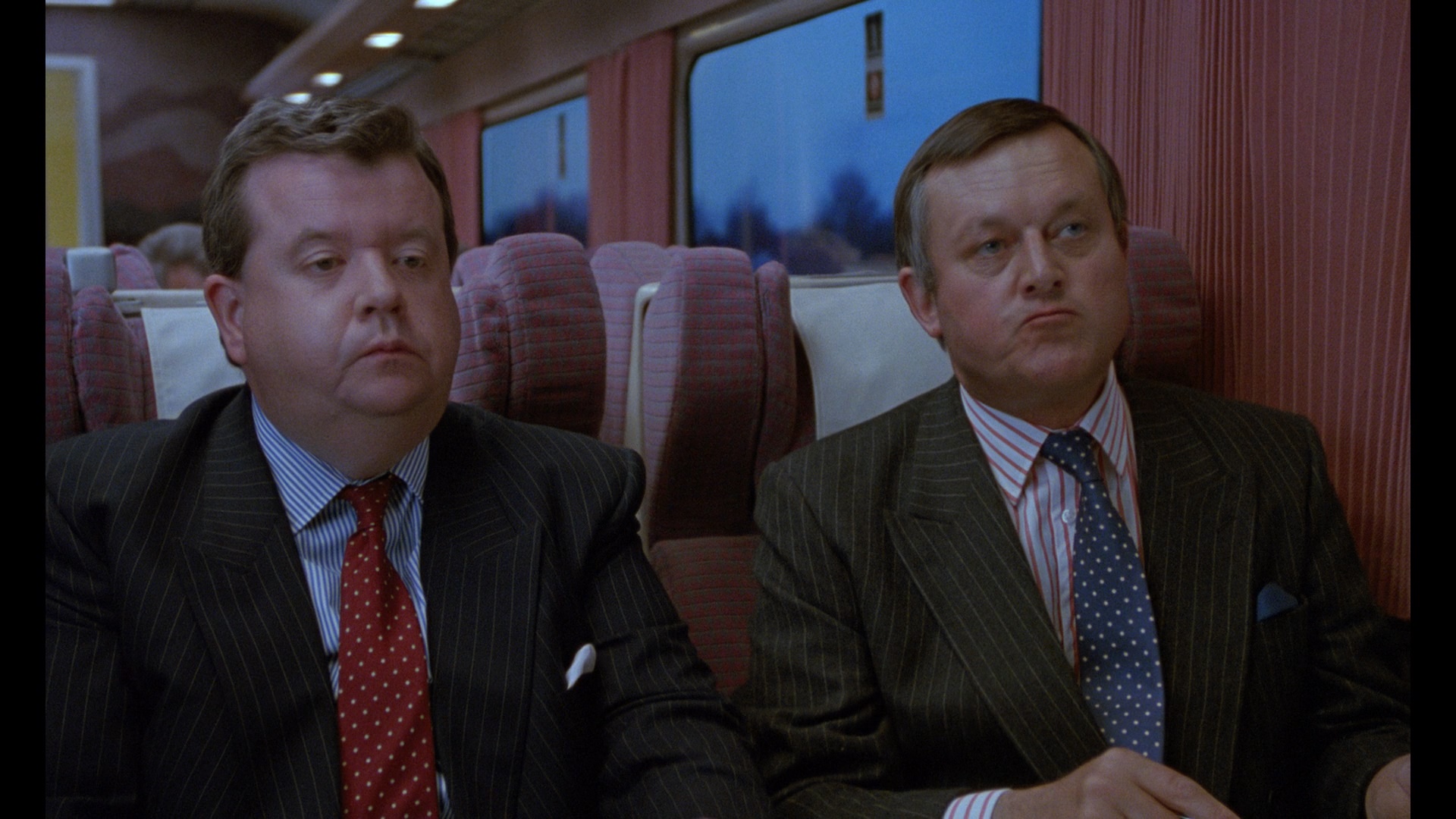 work than his feature film contributions, Dennis Potter redefined the use of fantasy and music within dramatic storylines in such limited series as The Singing Detective, Pennies from Heaven, and Lipstick on Your Collar. His forays into big screen productions shouldn't be overlooked though, including his own Hollywood translation of Pennies, the feature film version of his controversial Brimstone & Treacle, and the provocative Track 29. Almost forgotten in that cinematic cycle is a film directed by Potter himself, Secret Friends, based on his 1986 novel Ticket to Ride (written at the same time as The Singing Detective).

Going about his daily routine on a morning train ride, frustrated artist John (Bates) passes the time with jagged reveries involving a fantasy woman, Helen (Bellman), who ignites misogynist rants and peculiar behavior that spills over into real life. Accompanied by a virtual nonstop jazz score, he flits through a number of scenarios in which Helen goes from being his wife to a projection of his darker conceits involving prostitution, with a recurring image of a battle ax indicating something even nastier might be at play. He also experiences flashbacks to his deeply oppressive upbringing under his father, a 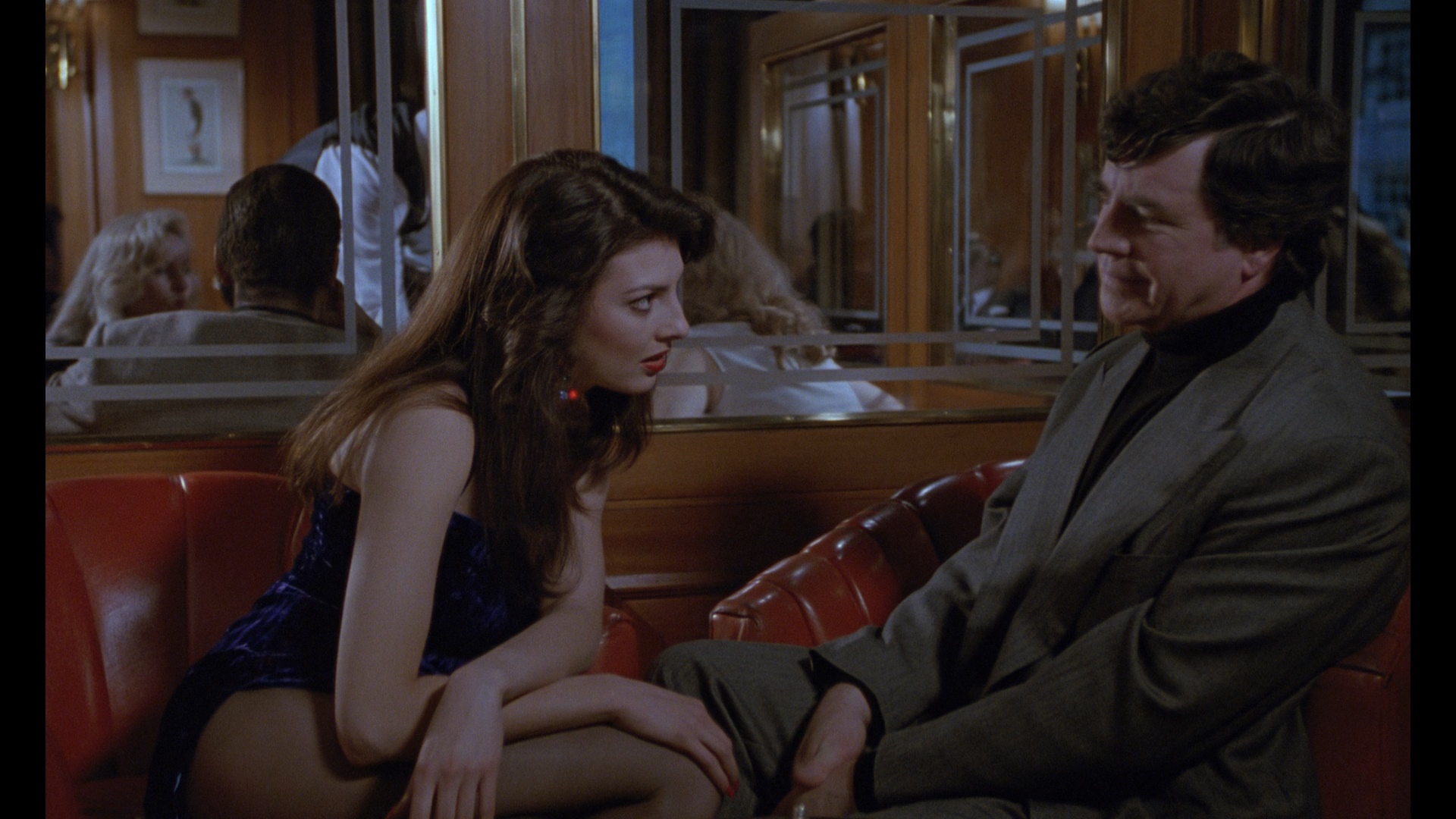 priest whose domineering behavior may hold the key to John's muddle psyche. 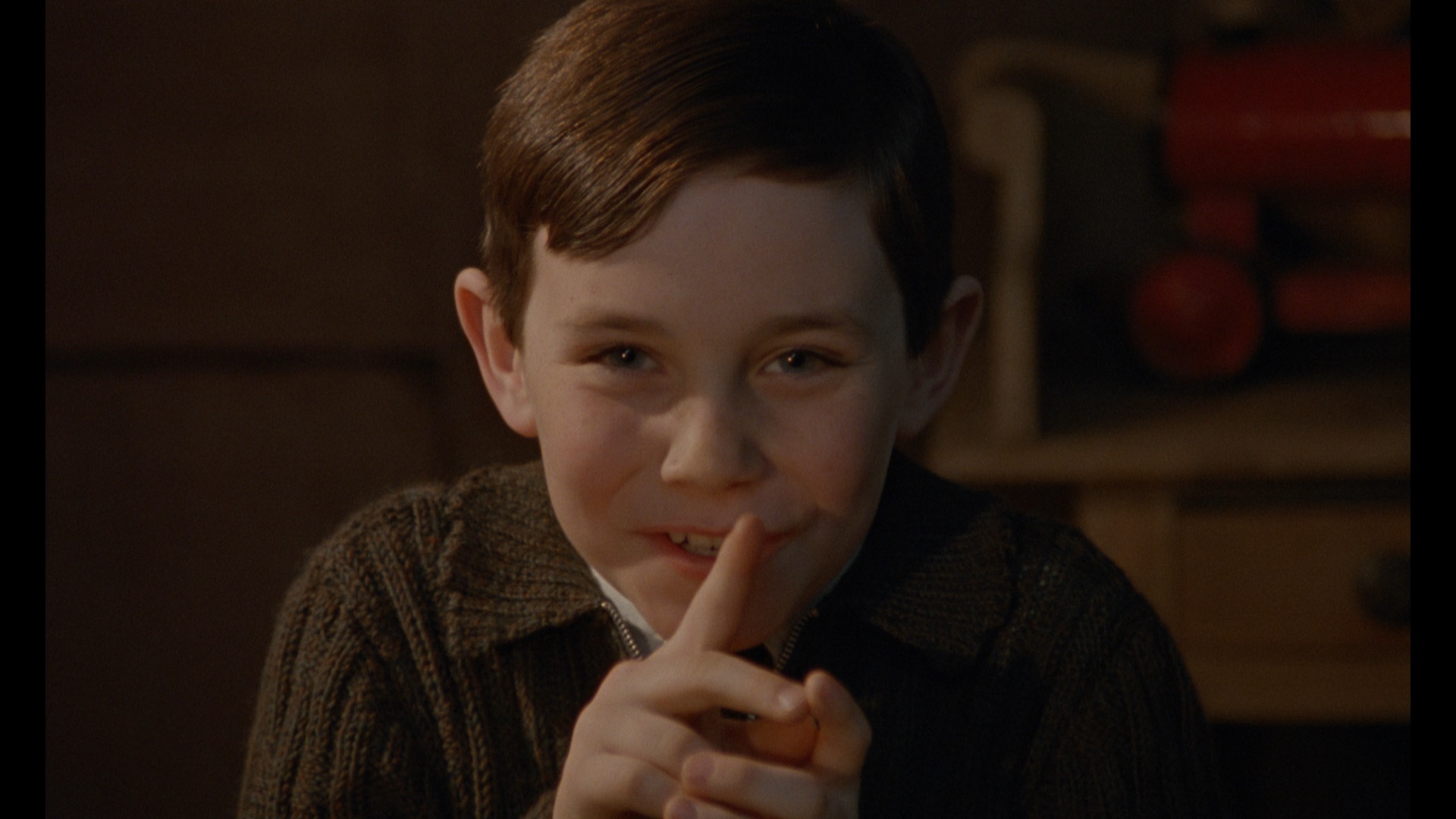 Though designed as a showcase for Bates, Secret Friends is actually most interesting for the contrast between its two female leads with Bellman (who broke through as the standout on the hit series Coupling) contrasting nicely with the more tart friend played by Frances Barber, who had appeared in Peter Greenaway's A Zed and Two Noughts. Anyone expecting a linear experience here will likely be driven mad as the slipstream narrative doesn't really settle down until the final moments,

Unseen on home video since its VHS days in the U.K., Secret Friends came to Blu-ray in 2020 from Indicator as a region-free release with an excellent new HD transfer that likely looks better than this did during its extremely fleeting theatrical run. The LPCM English 2.0 track is a surprisingly expansive stereo mix at times with some nice separation in particular for the music score (which never seems to shut up) and the train sound effects, and optional English SDH subtitles are provided. In "Bon Vivant" (5m35s), actor 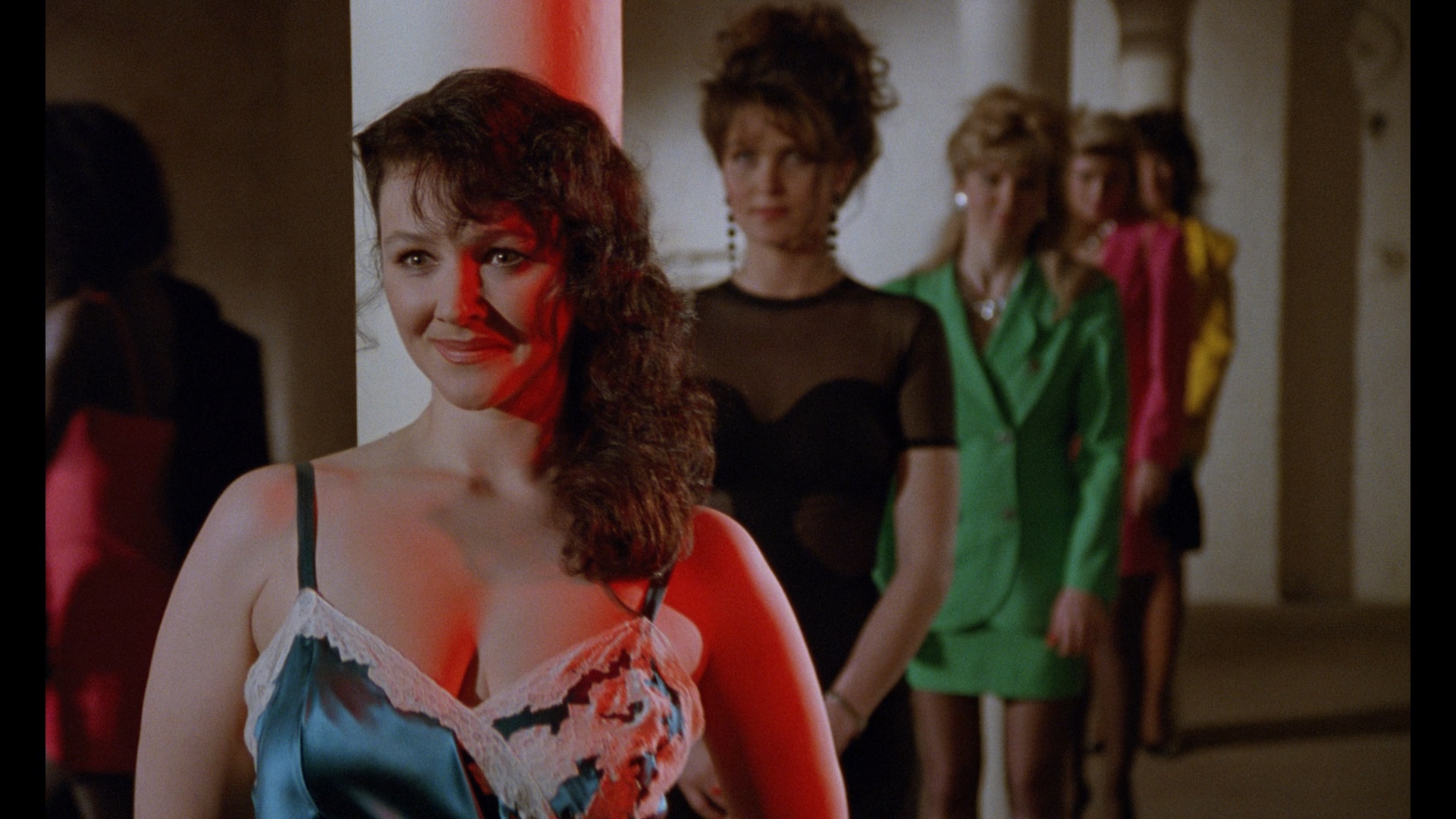 Ian McNeice shares some brief, warm memories of both Potter and Bates, 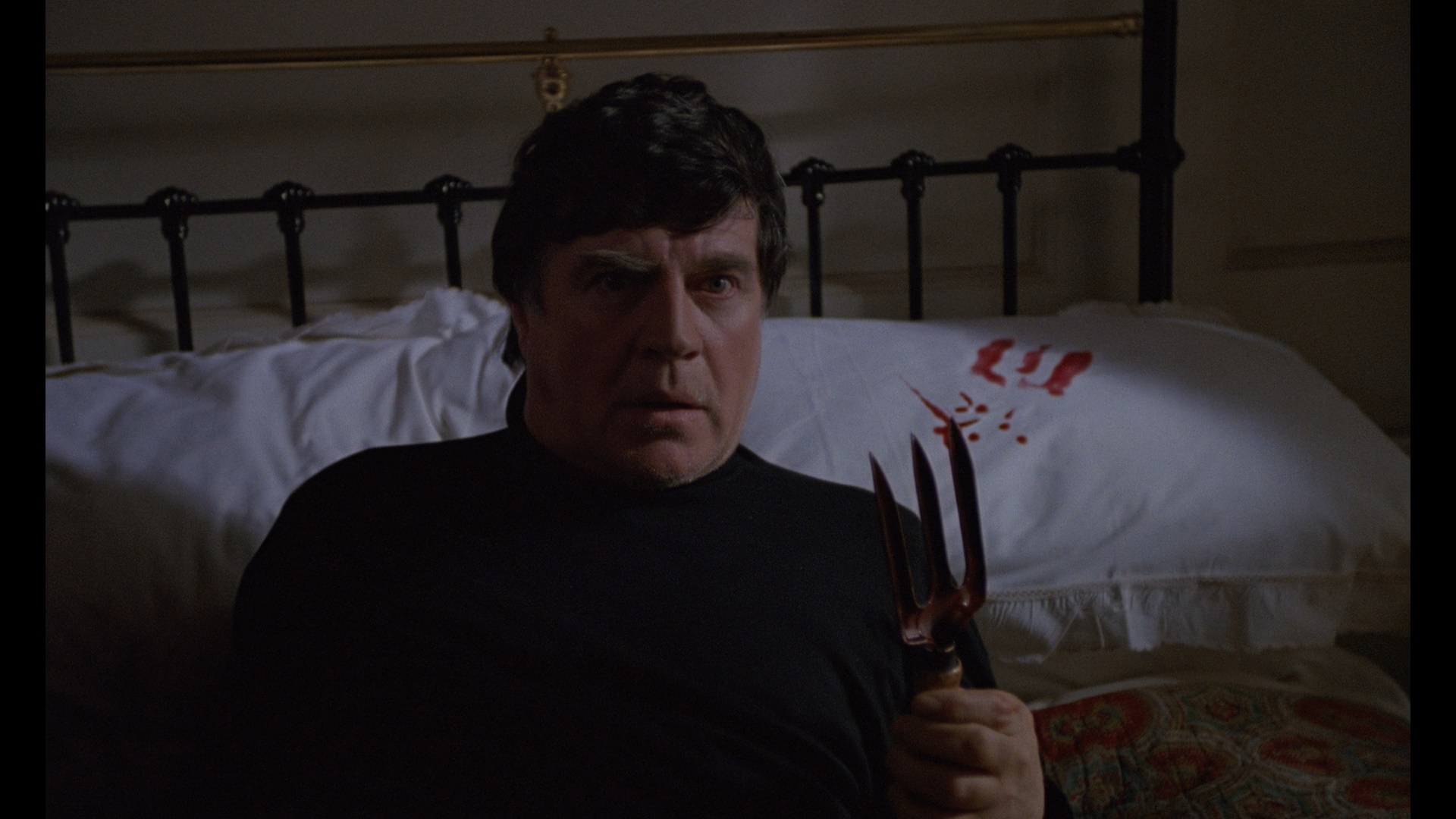 including other collaborations with the latter including The Cherry Orchard. Then "Keeping Secrets" (9m19s) features Graham Fuller explaining where this project lies in Potter's career and notes how his directing it was almost an act of defiance after the chilly reception to his TV production, Blackeyes, as well as part of his unconsummated infatuation with Bellman. A theatrical trailer is also included along with an image gallery featuring 59 stills and promotional materials, while the usual essential insert booklet is a thorough overview of the film including an essay by Jeff Billington, archival notes by Potter on the making of the film, a selection from the book Potter on Potter, and examples of the (few) reviews from its original release.