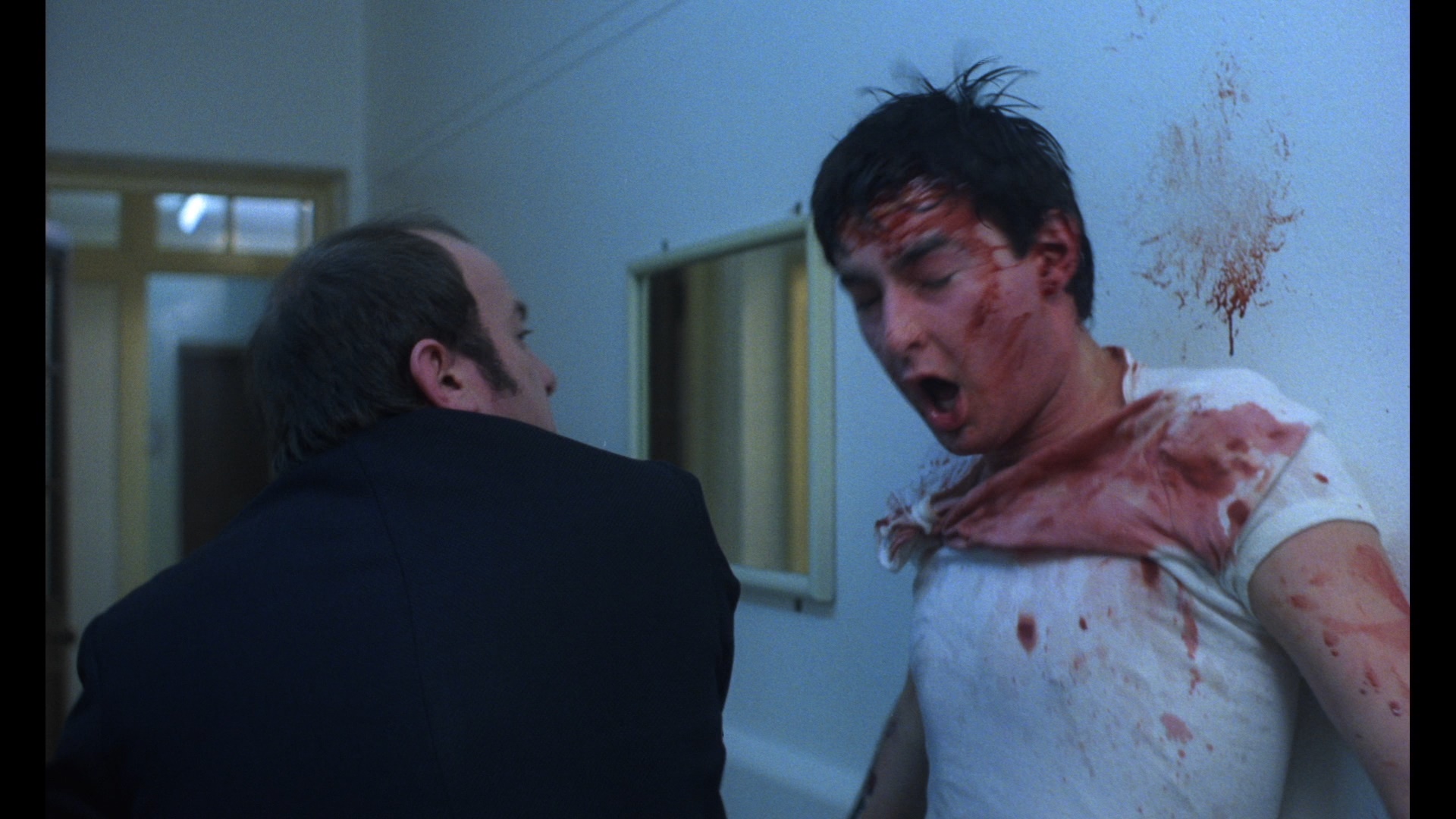 of the most controversial productions 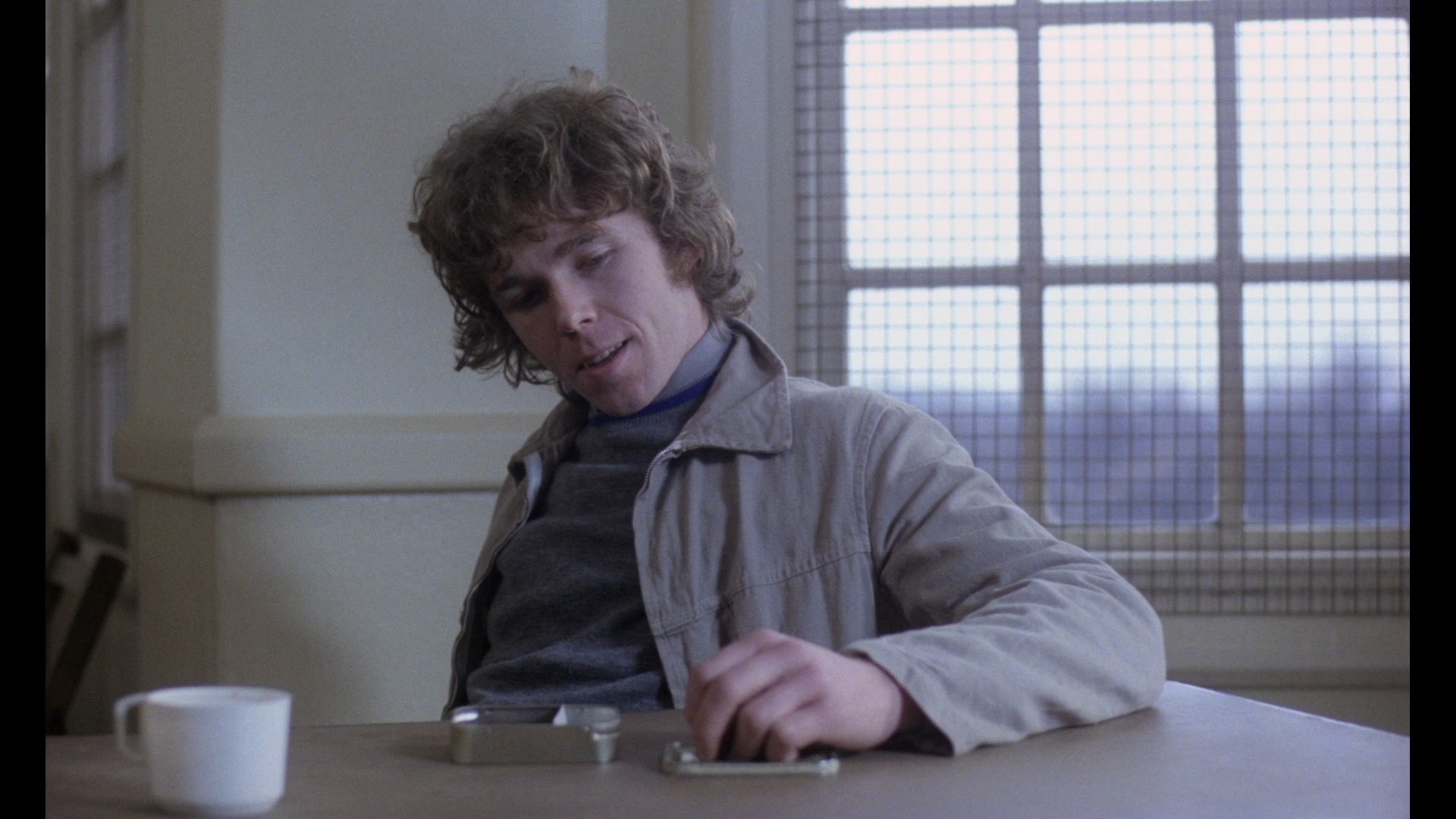 in the history of British television, Scum, a scathing look at the brutal treatment of the juvenile detention system, was the handiwork of cult director Alan Clarke and writer Roy Minton; however, it proved so incendiary that it was left unaired until 1991. In the interim, Clarke decided to make sure the story made it to the screen one way or another and, using many of the same cast members, shot it again as a feature film two years later. Still the most famous title associated with Clarke (whose reputation has skyrocketed in recent years given the wide availability of his brilliant TV work), the film still packs a nasty punch with its unflinching depiction of young men thrown into a barbaric environment with no sign of moral reform in sight.

Accused of stealing metal, new arrival Carlin (Winstone) is bused in to a borstal for young offenders where he encounters a contrasting group of inmates including wry subversive Archer (Ford) and the domineering leader of his wing, Banks (Blundell). Determined to make a place for himself, Carlin decides to use brute force to become the new leader as the place continues to fester with frequent beatings, sexual abuse, and suicides, leading to a full-scale confrontation between the prisoners and their complicit guards.

Blue Underground debuted this film on U.S. Blu-ray in 2005 in a limited two-disc edition containing both the theatrical and TV versions; this version comes with a Winstone audio commentary with critic Nigel Floyd, interviews with producer Clive Parsons and Minton, a gallery of posters and stills, and a theatrical trailer. There's also a Dolby Digital 5.1 option for the film, which seems a tad excessive given the 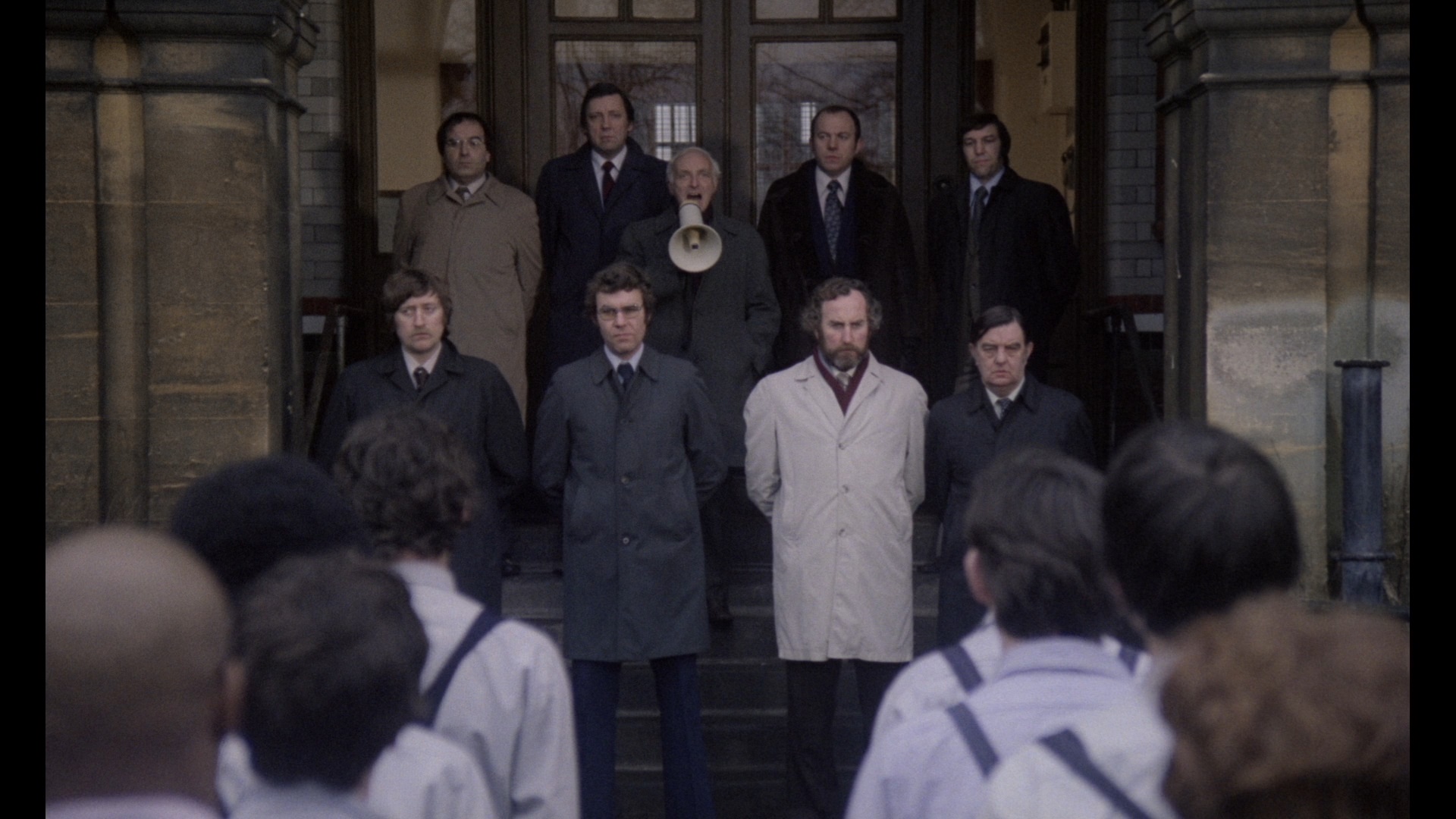 nature of the mix. The film went on to bow on Blu-ray in 2013 from Kino Lorber in the U.S. and Odeon in the U.K. That U.S. Blu-ray features the Winstone commentary, Parsons and Minton interviews, a separate one with Parsons and Davina Belling (8m11s), a solo Minton interview (18m56s), an interview with executive producer Don Boyd (12m), a 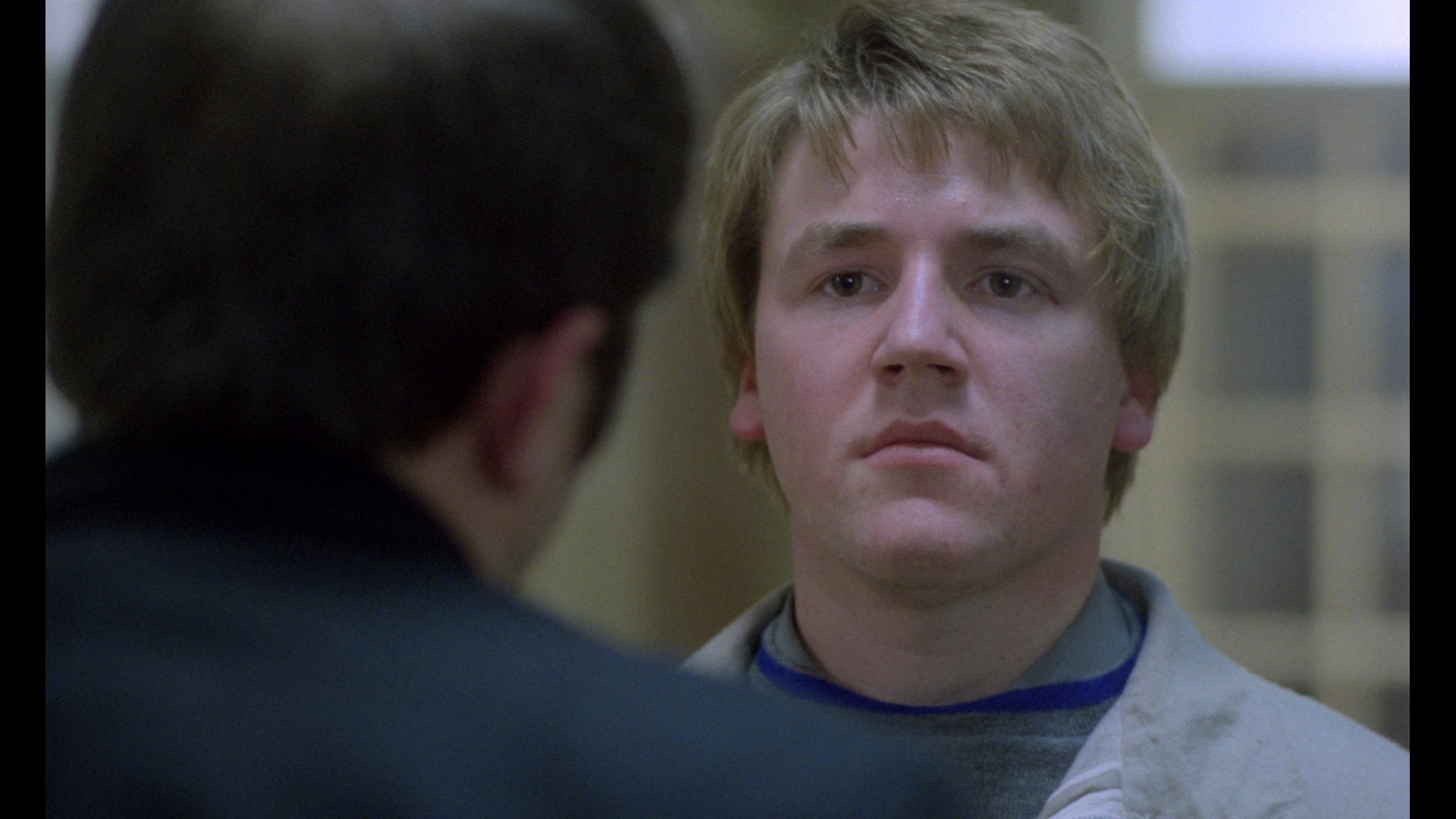 "Cast Memories" featurette (16m53s) with Phil Daniels, Julian Firth, Mick Ford and David Threlfall, and both the U and X certificate trailers. The Odeon has the Parsons/Belling, Boyd, and Minton featurettes along with "Cast Memories" and the trailers, plus the Winstone commentary and a two-part "Skin Borstal" ITV documentary from the early '80s and an archive interview with the notorious, censor-crazy Mary Whitehouse, who was primarily responsible for the shuttering of the BBC version.

In 2019, Indicator reissued the film as a region-free U.K. Blu-ray 40th anniversary limited deluxe edition (in very hefty packaging) complete with what's advertised as new grading approved by director of photography Phil Méheux for the 2K 2013 restoration. The results look excellent and appear to be a bit darker and richer than earlier releases, though since it's from the same scan and looked great already, don't expect a night and day difference. The LPCM English mono audio with optional English subtitles (which come in very, very handy for a few lines of dialogue) is also top notch. Extras-wise you get the most pertinent archival ones -- Winstone/Floyd commentary, the featurettes (Parsons and Belling, Boyd, Minton, Parsons and Minton, "Cast Memories"), both trailers, and a new gallery of 84 stills and promotional artwork pieces.

The big reason to upgrade in addition to the much improved a/v quality is the selection of eight new featurettes expanding quite a bit on the making of the film. Ford turns up for "No Luxuries" (19m18s), covering his own entry into acting as a young man and the challenges of doing even the most basic technical decisions in the confined location where things like blocking and lighting could be easily thrown into confusion. Then actor Ray Burdis appears for "An 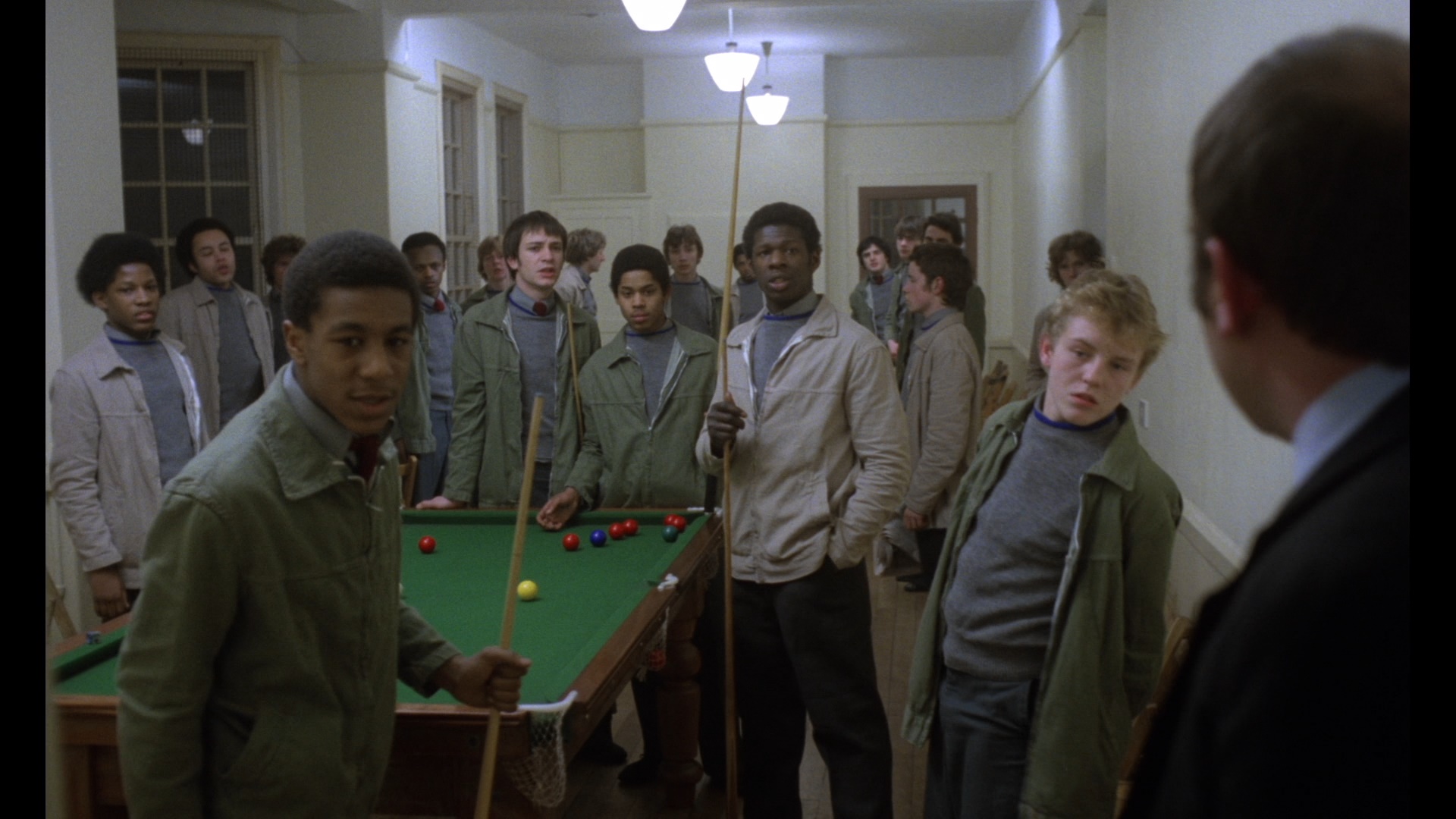 Outbreak of Acting" (15m17s) to discuss the experience of playing the same role in both versions and how his stage experience helped him prepare for the role despite its occasional "pretentiousness." In "Smashing Windows" (11m5s), actor Perry Benson (who stills has distinctive big glasses) adds his own memories of the production as a newcomer to the feature film version and explains how he's glad the original version was banned so he could get the job. Then Méheux goes into his visual approach to the film's documentary- 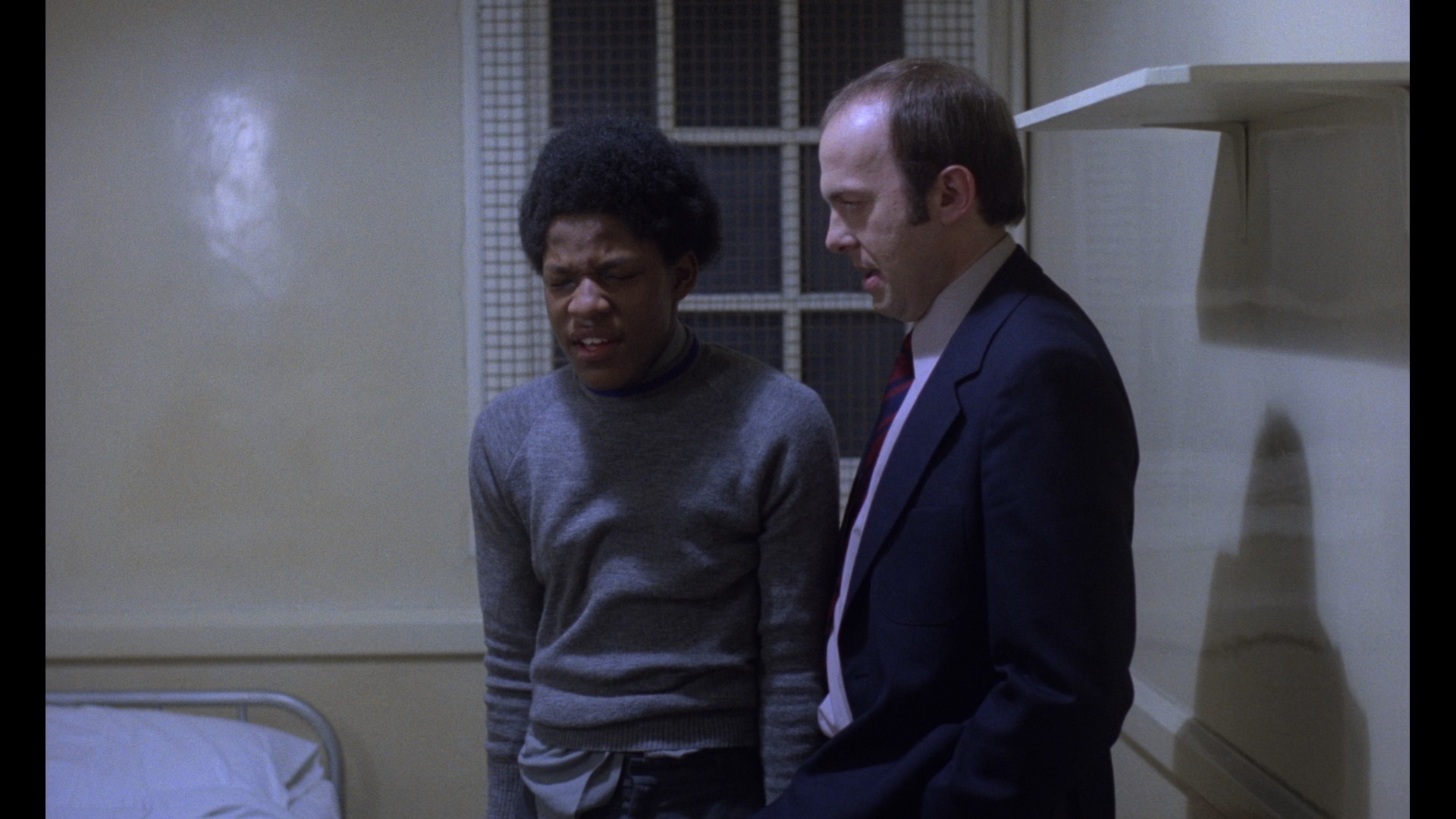 style cinematography in "Continuous Tension" (18m), explaining how he was forbidden from watching the original version and was immediately drawn in by the script. Future Hollywood director Martin Campbell, who was an associate producer on this film, appears in "Criminal Record" (9m19s) to cover his own memories of the banning and the process of reviving the film as a theatrical enterprise instead, and "Back to Borstal" (31m23s) is a greatly updated and expanded interview with Boyd about not only this film but the overall state of British filmmaking in the late '70s and the attempts to keep the train going after a remarkable prior decade of cinema including Quadrophenia, whose director, Franc Roddam, played a role in the project's germination. Editor Michael Bradsell comes up next with "Concealing the Art" (29m30s) to explain how he approach the "hard-edged" subject matter and built a collaborative relationship with Clarke. Finally, "That Kind of Casting" (21m43s) with casting director Esta Charkham offers a fascinating new angle as she chats about the TV productions she was involved in (including as an actress) that led up to her career and the young members of the Anna Scher Theatre who became involved in both versions including her thoughts on "the Winstone walk." The 8,000-unit limited set (which includes a double-sided poster you can sneakily tape up in an office cubicle to draw some very puzzled looks) also comes with an 80-page book featuring new liner notes by Ashley Clark, cast and crew notes, a report from the set by critic Michael Billington, viewing notes by executive producer Michael Relph’s viewing notes, archival interviews with Clarke, an extract from Minton’s novelization, a study of Whitehouse’s ill-fated High Court case over the film’s 1983 television broadcast, and sample critical responses and credits.