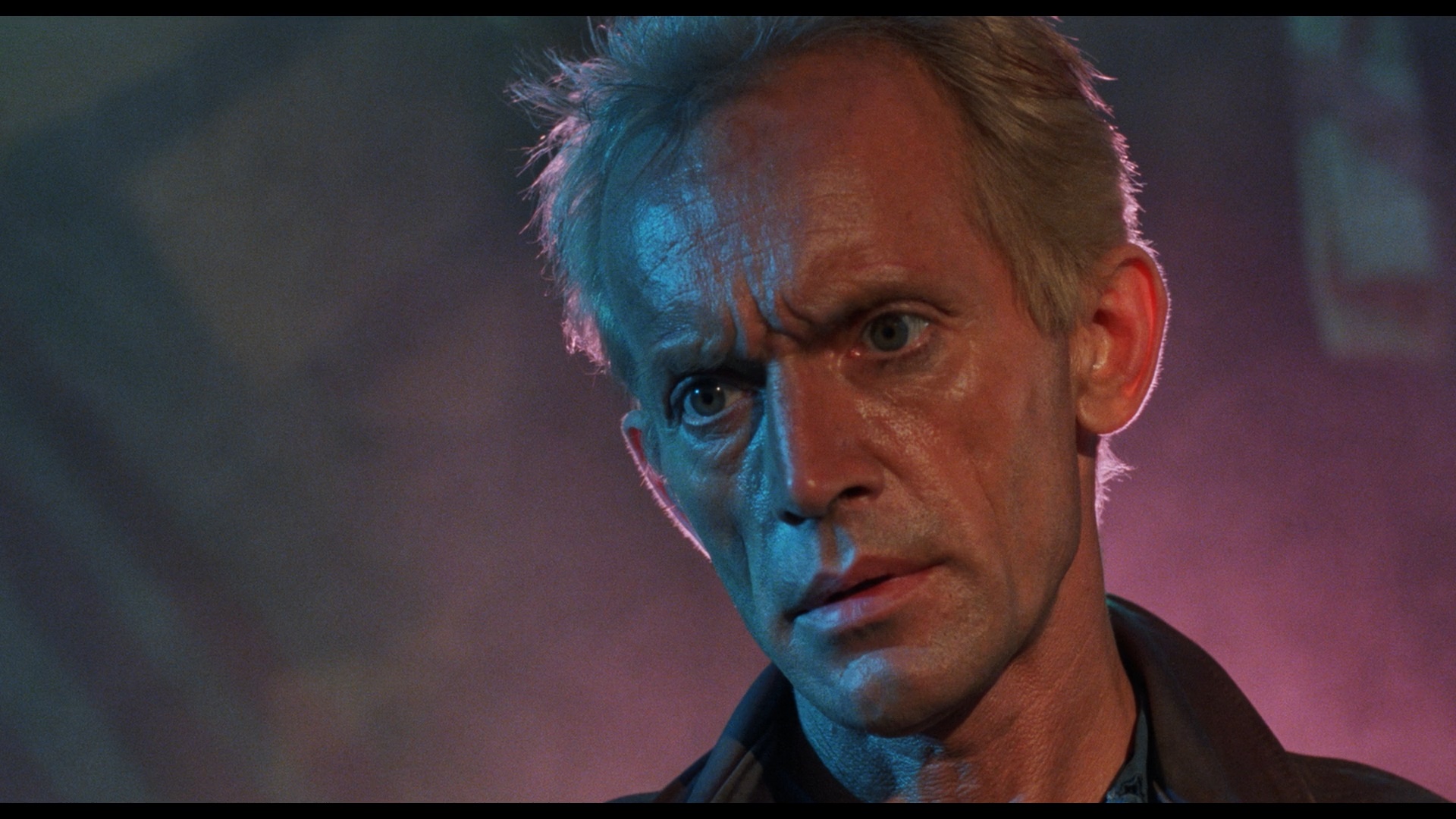 biker movies seemed to have 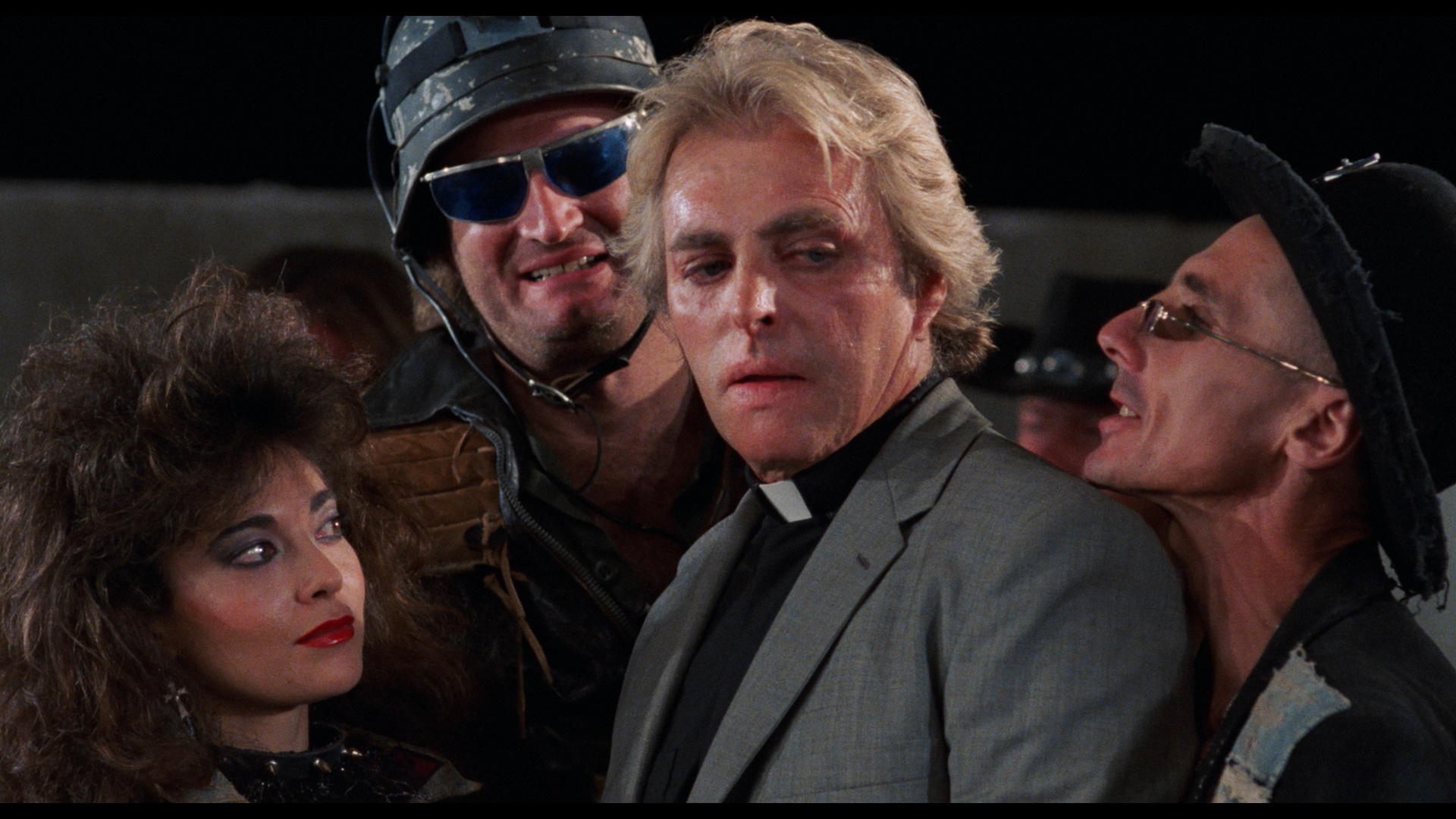 run their course by the early '70s, a few stragglers still managed to slip out well into the '80s if you were paying attention. One of the more overlooked but bizarre of this later period can be seen in Savage Dawn, a dusty drive-in programmer with a shockingly overqualified cast headlined by Lance Henriksen in one of his earliest lead roles. Released on VHS by Media back in the day with a cover clearly designed to sell this as more of a futuristic sci-fi film (right down to the Rollerball-style helmet), this is stripped-down action all the way and perfect fodder when you want a good old-fashioned revenge movie with a biker edge.

Driving across Texas on his bike to see his friend Tick (Kennedy), bleach-blond military vet Stryker (Henriksen) ends up in the town of Aqua Dulce, a little settlement on the edge of a gold mine with a population full of eccentrics. His presence incurs the wrath of the local law enforcement and the Savages, a violent biker gang led by Pigiron (Forsythe). After meeting up with Tick and his two children (Udy and Sharrett), Stryker keeps tangling with the intruders as they needle everyone around including the local mayor and acting reverend, Romando (Lynch). As the violence escalates, Stryker has to resort to his training to hit back hard.

There's really nothing remotely new here in terms of plot (especially since it mostly plays like a desert version of First Blood with bikers instead of jerk cops), but the fun here lies 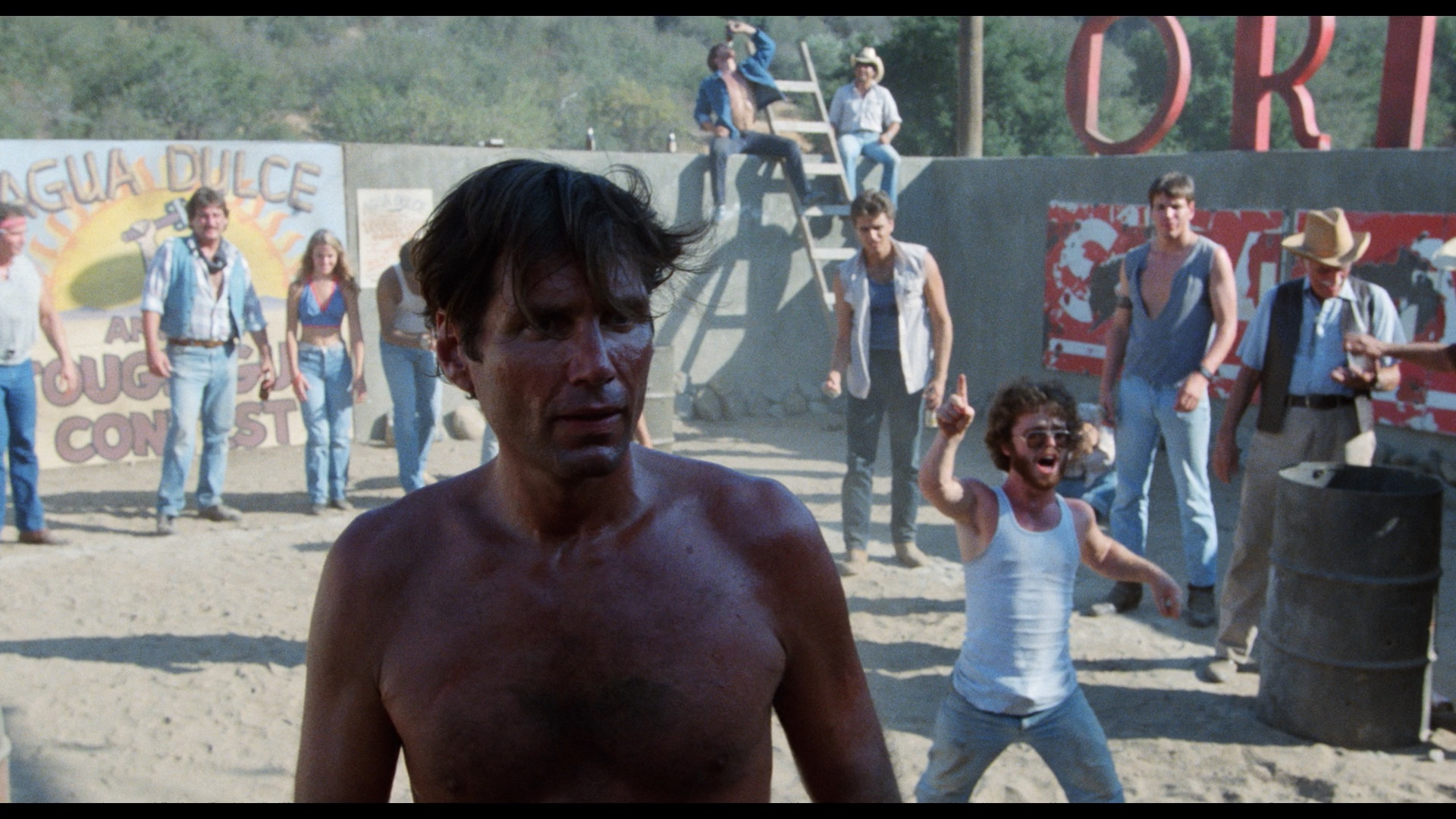 in the details like Karen Black as a floozy waitress and biker's moll, lots of random group fight scenes with Henriksen roughing guys up and even hurling snakes 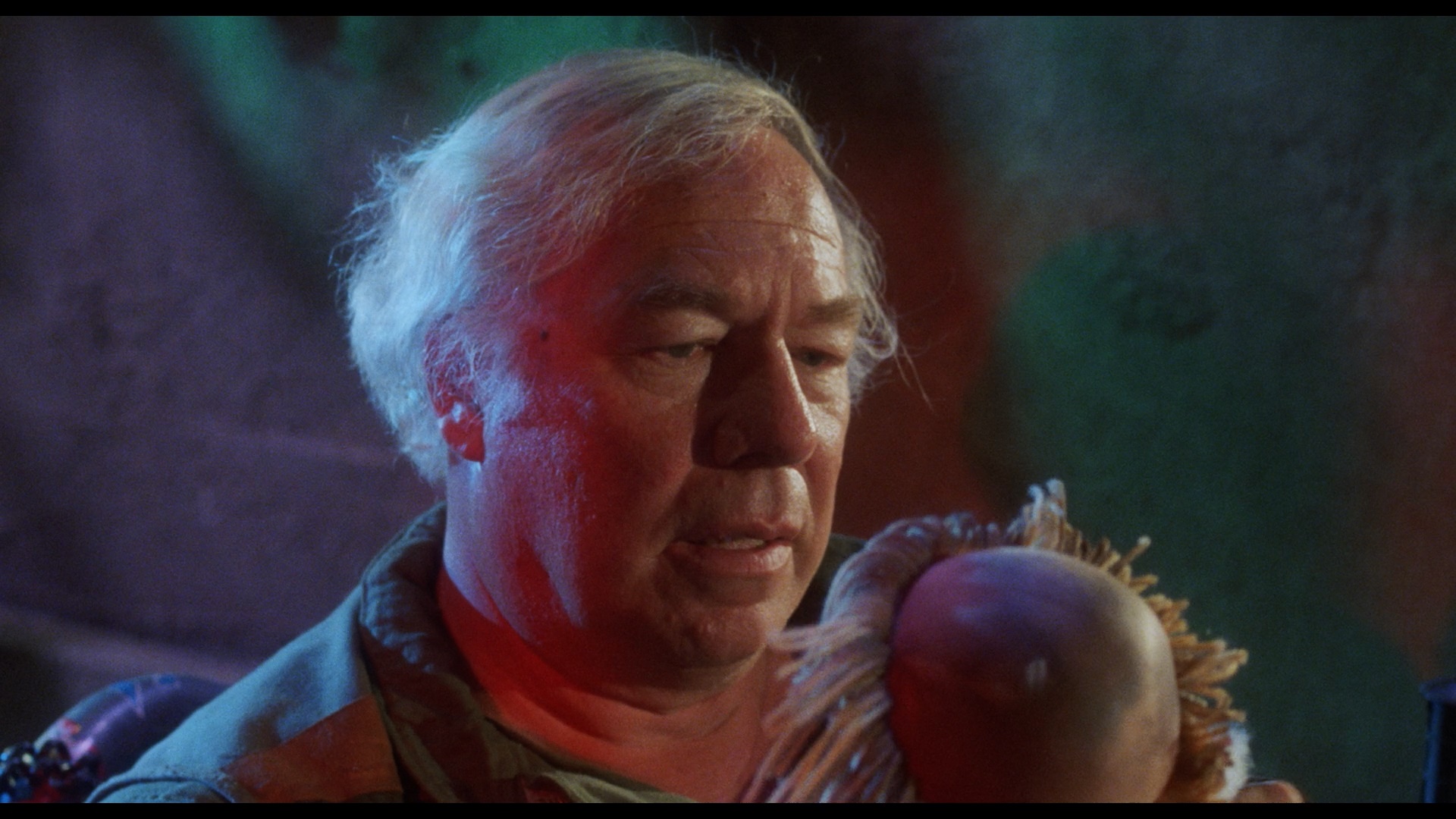 at them, and a pounding electronic score by none other than Pino Donaggio. This was also the final directorial credit for director Simon Nuchtern, who turned this one out right after his astounding 3-D slasher film Silent Madness and capped off a career filled with oddities like The Girl Grabbers. His sleaze origins are definitely in evidence here, especially a bizarre sequence in which Lynch's inevitable dark side comes out, but the quirky touches are even more entertaining like a twangy born-again Christian barber who evangelizes to his biker clientele. Plus you get to hear Henriksen bark "Tick!" and Karen Black shriek "Get out bitch!," so how can you pass that up?

This one's been around the block a few times on home video in pretty sorry-looking editions transferred from an ancient tape master, but Vinegar Syndrome gives it a new lease on life courtesy of its 2019 Black Friday release (complete with an insert double-sided poster) as part of the limited, 4,000-unit Blu-ray as part of the label's VSA (Vinegar 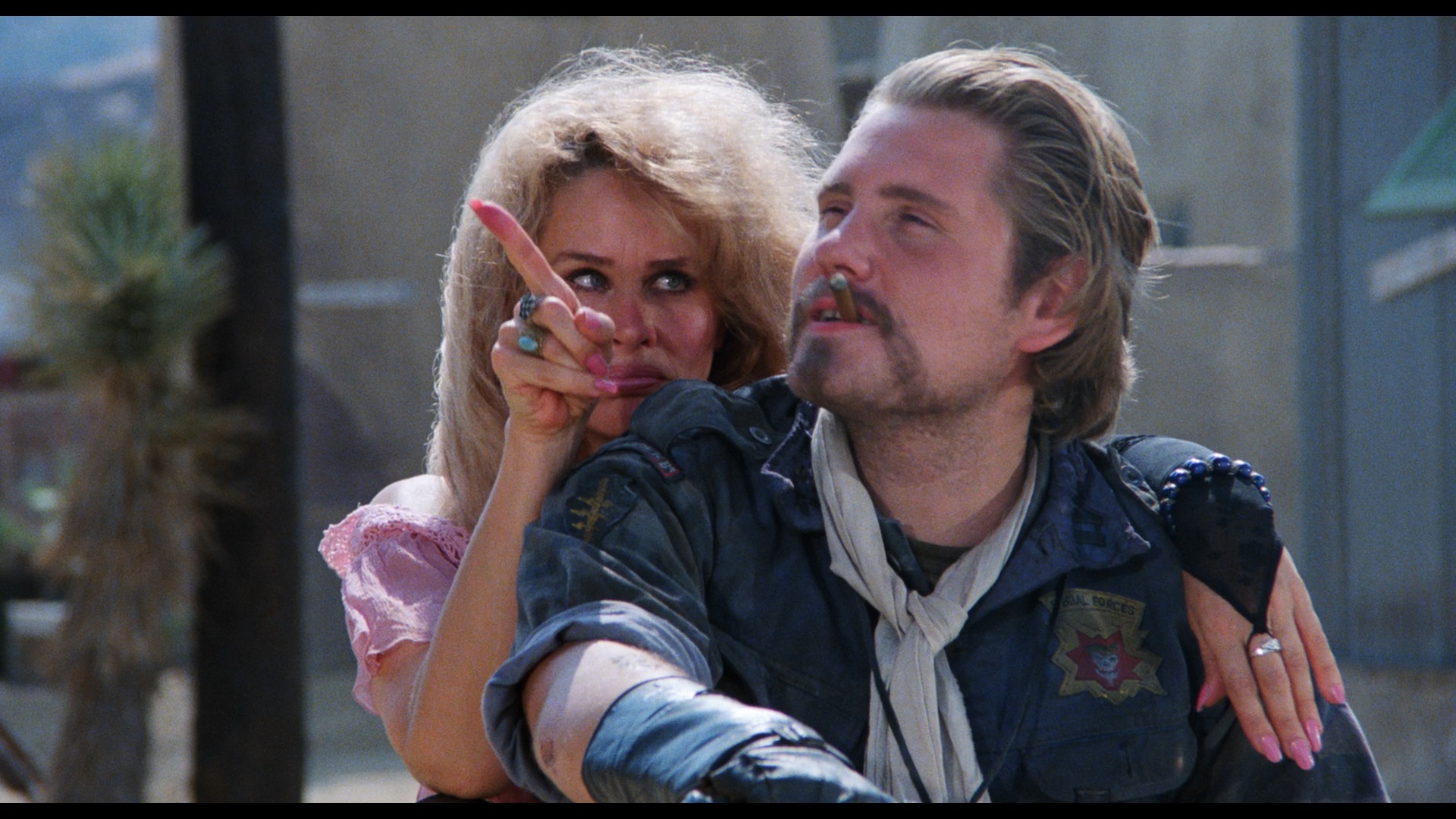 Syndrome Archive) banner. The new 2K scan from the original negative essentially looks like a totally different movie, with vibrant 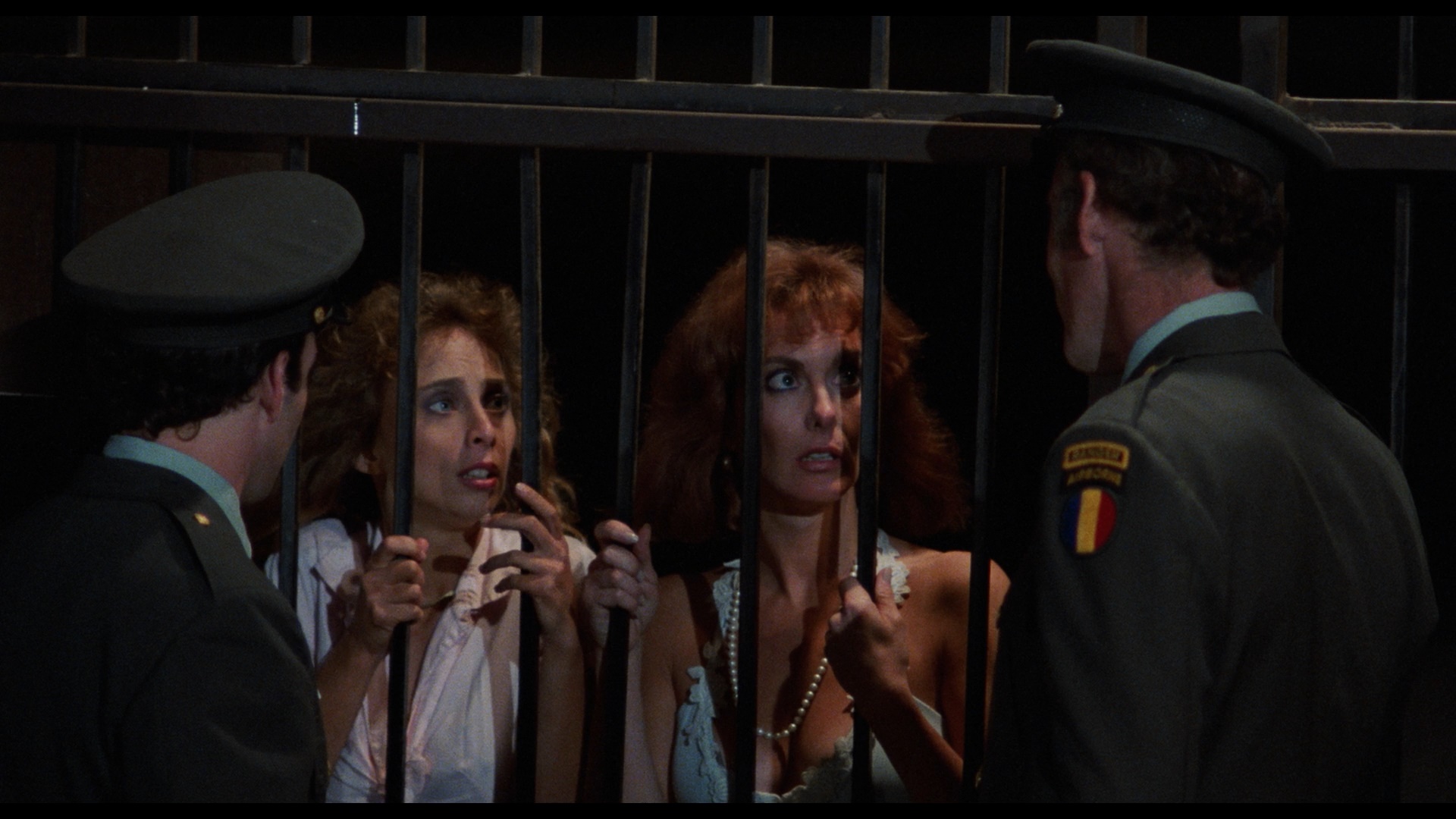 colors and nice, deep black levels in those night scenes that give this a much richer feel than that faded old master we've been stuck with for so long. The first climax at night (the one involving the rocket launcher) really shines here in particular with some crazy Bava-inspired lighting that was impossible to appreciate before. The DTS-HD MA English 2.0 stereo track (with optional English SDH subtitles) is also a lot healthier than before with some nice heft for the score in particular. For some reason there's also a Dolby Digital 2.0 track on here as well, though it isn't in the setup menu options. Extras include the theatrical trailer and a new audio commentary with Nuchtern in conversation with Vinegar Syndrome's Joe Rubin, and it's an engaging (and not scene specific) chat about the mounting of this film, the overlapping crew with Silent Madness and the roundabout connection to Romano Scavolini's Nightmare, his connections to the actors including the always colorful Bill Forsythe, his involvement with Snuff (specifically that scene added at the end), and lots more.