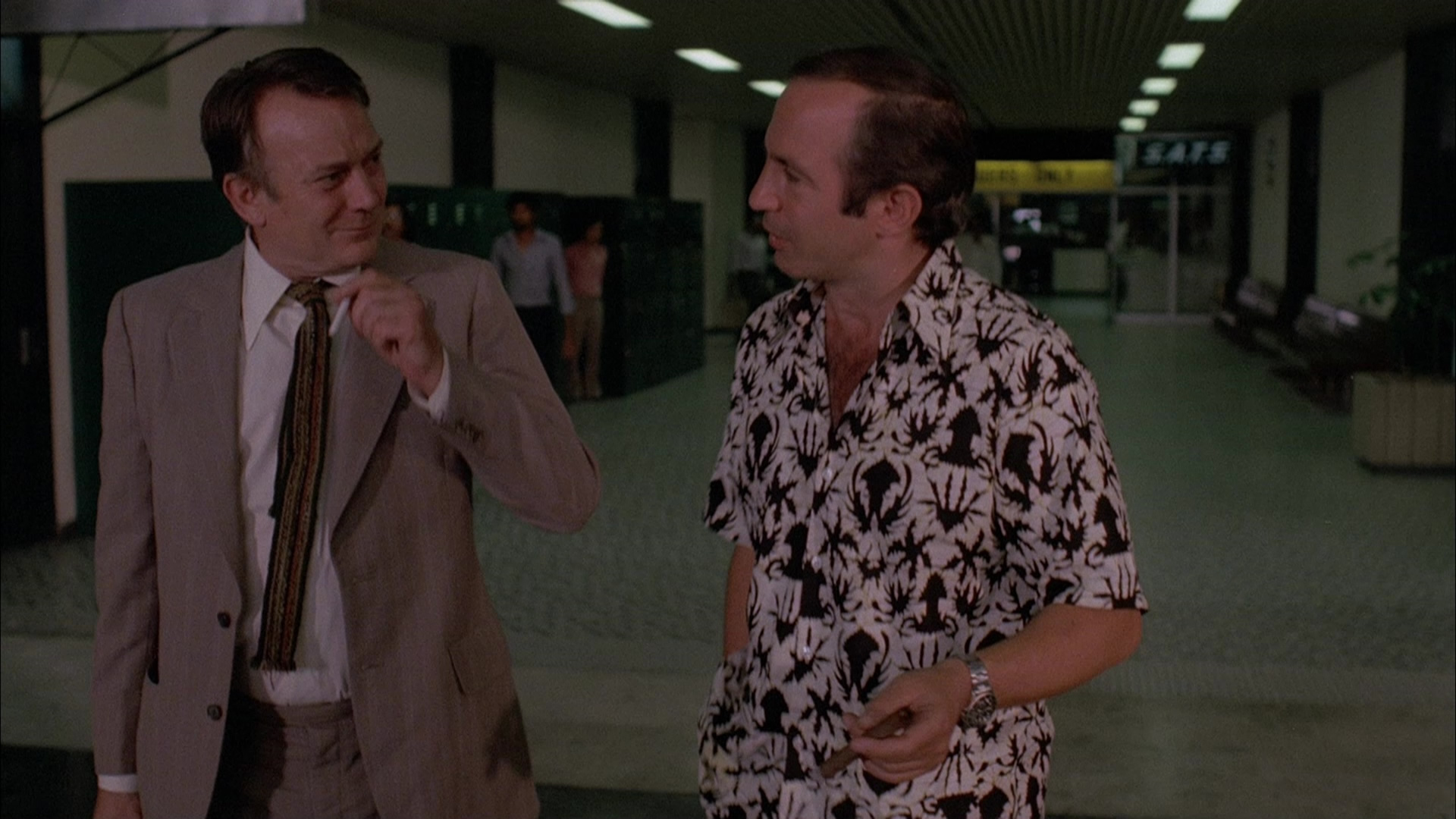 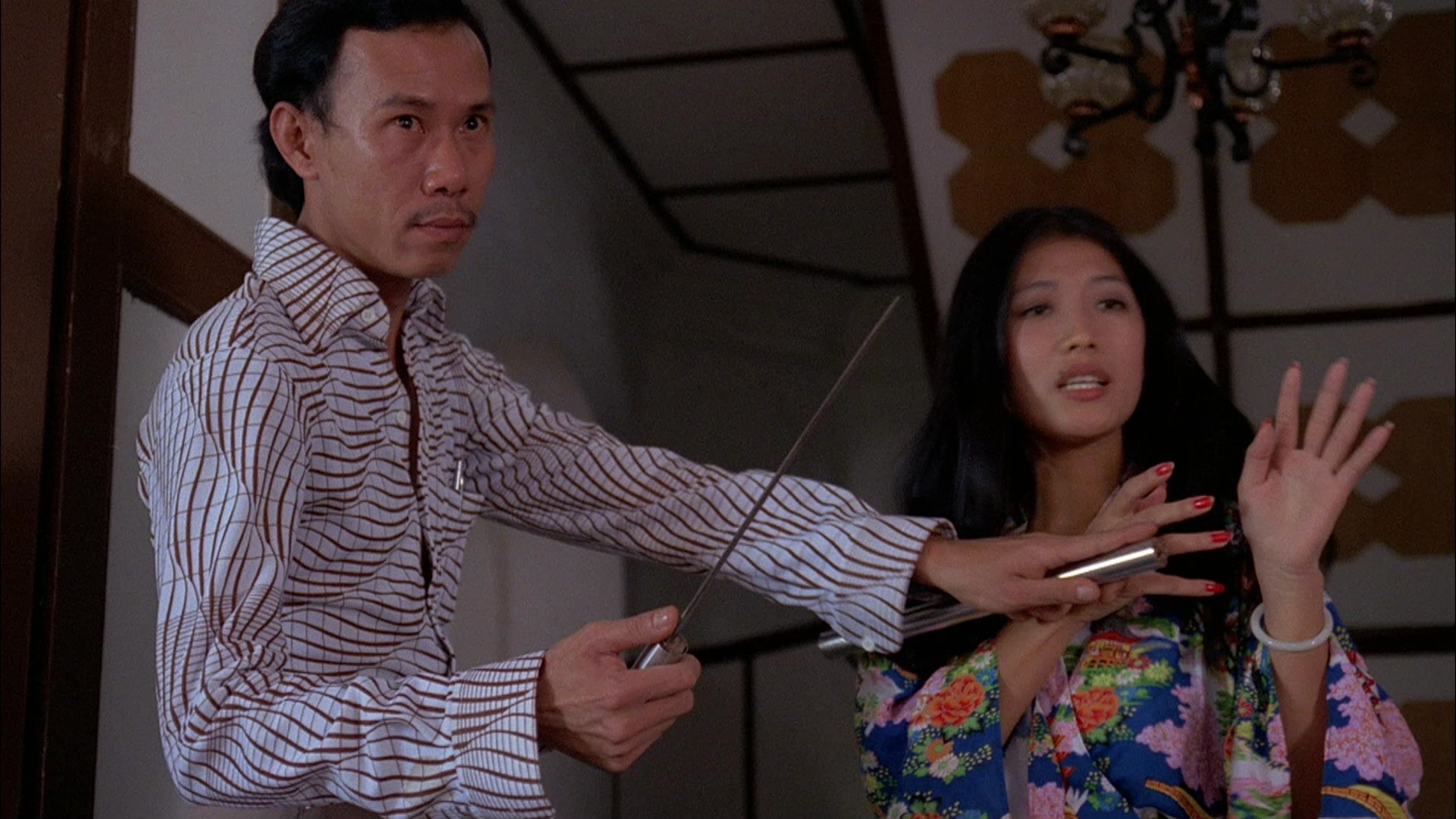 After a solid run in the first half of the 1970s as one of Hollywood’s favorite golden boys, Peter Bogdanovich had experienced a major change in luck by the time he made Saint Jack for Roger Corman and Playboy Productions in 1979 after a run of not particularly beloved films including At Long Last Love, Nickelodeon, and Daisy Miller. The fact that all of these films have aspects to admire wasn’t enough to keep his reputation intact, which makes the fate of this still-neglected minor classic (originally intended as a comeback for Boganovich’s idol, Orson Welles) understandable but no less unfortunate.

Ben Gazzara has a field day here as Jack Flowers, a wheeler and dealer trying to make it running a call girl operation in 1973 Singapore that will net him enough money to get back to start a big-time operation back in America. With the Vietnam War winding down, American soldiers still abound in the area and need to relieve some tension on leave, so the government steps in to rope Jack into doing some under-the-table work doing his country’s duty in the most unorthodox manner possible. Meanwhile Jack contends with a colorful variety of characters including an English bookkeeper and brothel customer William (Elliott),  a seedy CIA-funded Cuban mobster named Eddie (Bogdanovich himself), and a senator (one-shot 007 Lazenby) whose same-sex proclivities could put Jack in hot water. 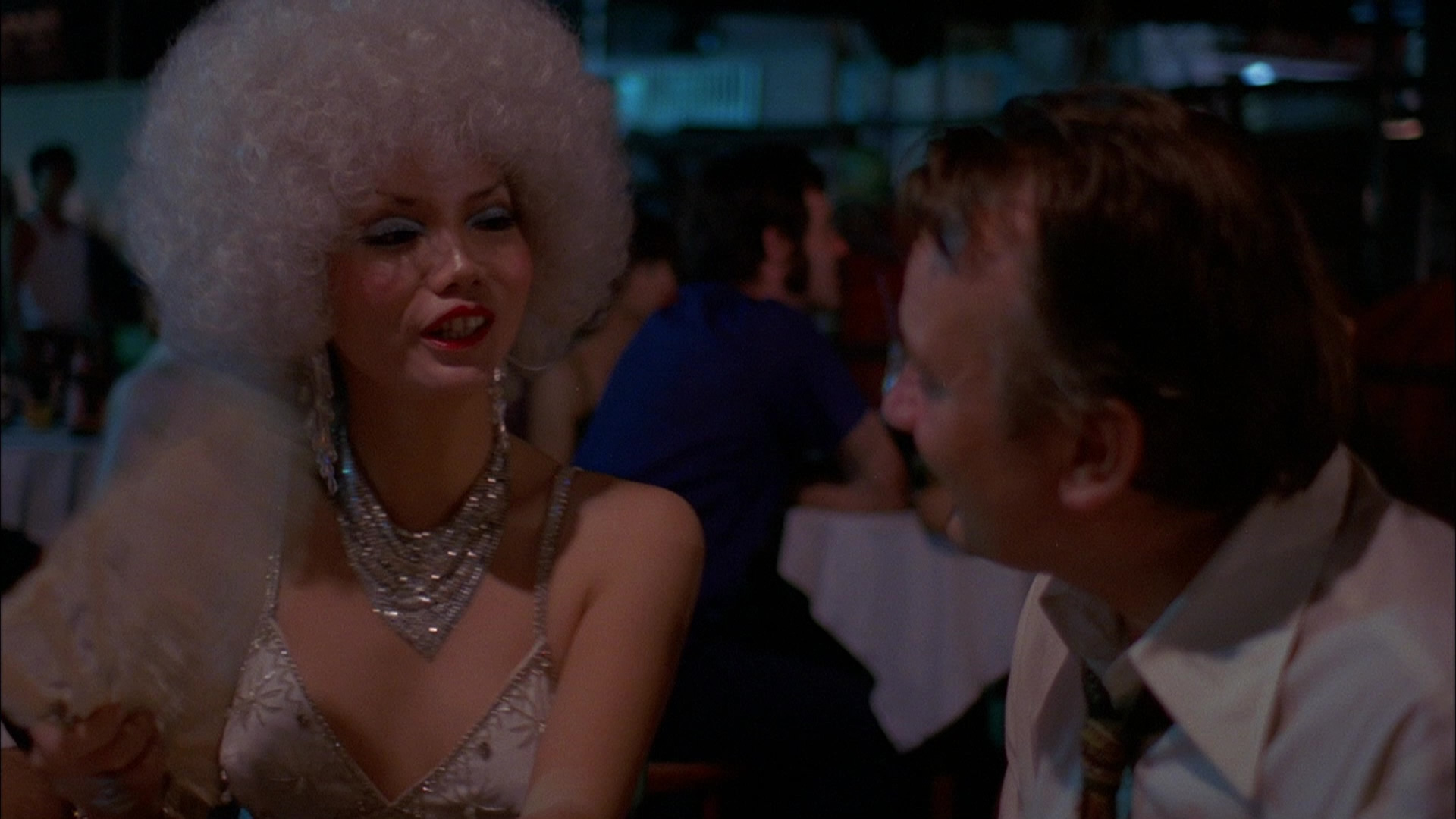 novel by Paul Theroux (The Mosquito Coast) by the author himself, these modest but skillfully assembled character study was shot on location and benefits immensely from the utterly authentic atmosphere that seeps into every frame. On a first viewing the film might feel like it's low on incident, but it's really packed with little human observations and tiny touches that paint a portrait of a man with an unlikely and specific code of conduct constantly being challenged by the compromised world around him. The cast is packed with solid character actors including future 007 actor James Villiers, The Apple's Ackland, and of course Lazenby, who proved to any doubters that he really had some solid acting chops.

Saint Jack made its first appearance on DVD in 2001 from New Concorde with an okay flat 1.85:1 transfer from an occasionally battered print, a dense and typically articulate Bogdanovich commentary (who can spin a tale with the best of ‘em), and a bonus 20-minute video interview with the director (covering a lot of the same ground in a more broad fashion), plus the theatrical trailer. In 2015 Scorpion Releasing gave the film a refurbished transfer on DVD, with a 2017 Blu-ray treating it even better with a much more clean and finely detailed presentation. Both the DVD and Blu-ray contain the Bogdanovich 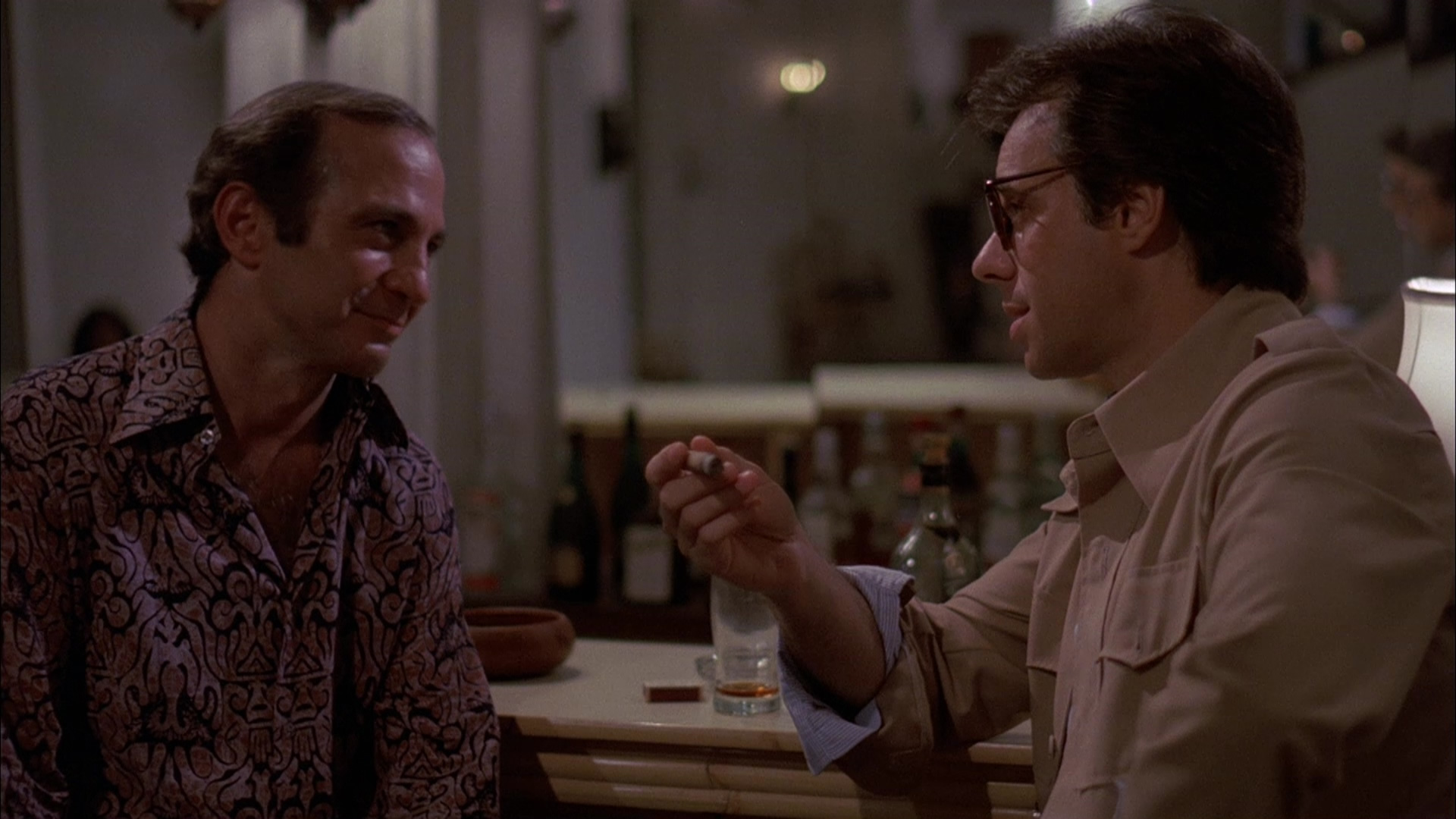 commentary and interview (plus the trailer), while Roger Corman appears for a new 8-minute video interview in which he lays out some of the basics about how he was pleased with the film through its editorial process and thought Gazzara should have been a much bigger star. He also covers some of the changes from the source novel, most notably giving Elliott's character three visits to Singapore to divide the storyline more elegantly versus the one trip in the book.

Exclusive to the Blu-ray and pretty much worth 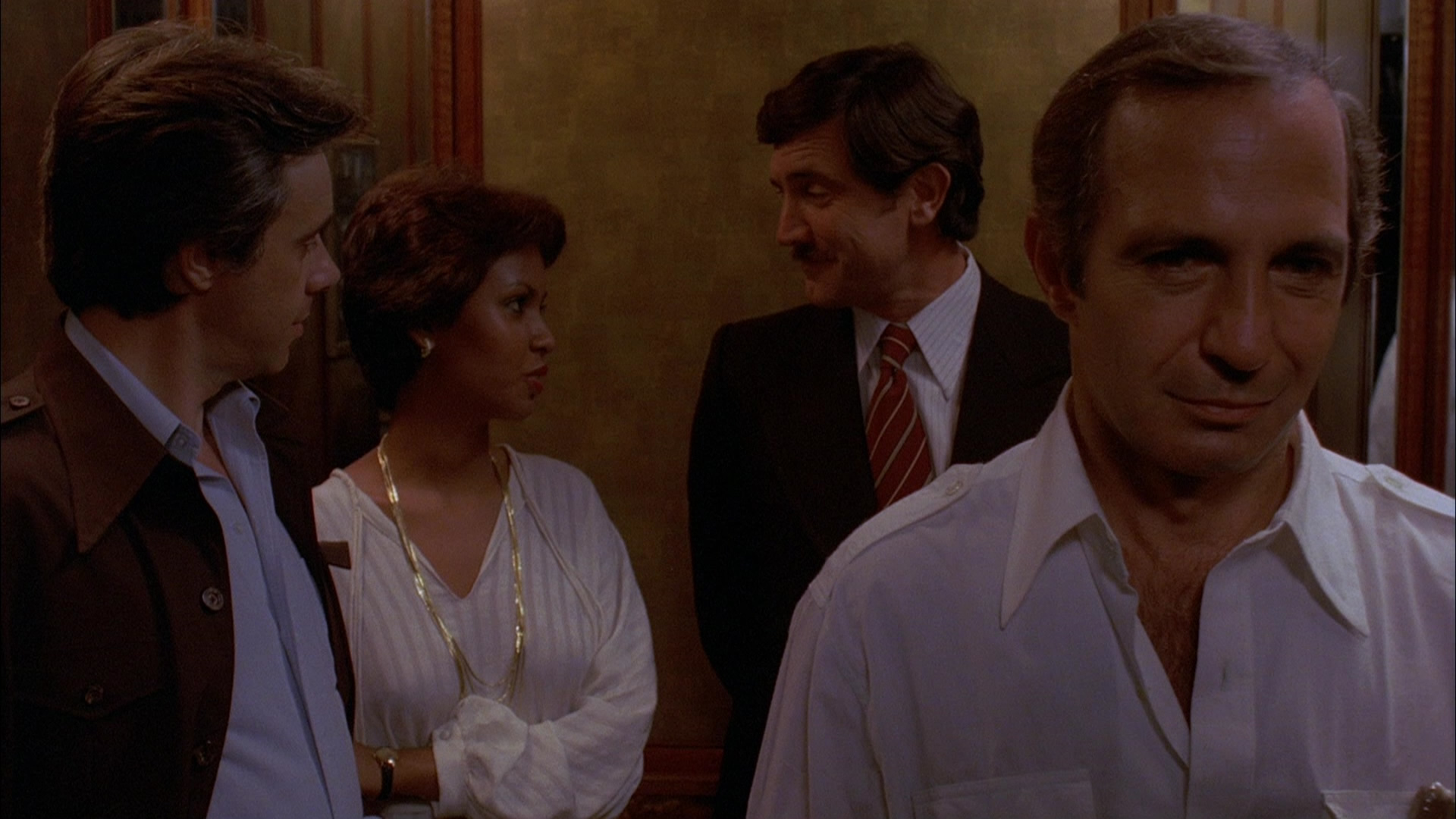 picking up the disc all by itself (as if the improved a/v presentation weren't enough) is a new audio commentary by Ben Slater, author of the book Kinda Hot: The Making of Saint Jack in Singapore (which is going for insane amounts of money online), and he's a complete encyclopedia when it comes to this film with a staggering number of anecdotes about the locations, how the filmmakers worked around the Singapore authorities, and which locals were corralled to appear in bit parts throughout the film. Essential listening if you love the film and actually even more rewarding than the older director track. The Blu-ray adds a couple of additional new featurettes as well, both worth checking out. The 31-minute "Memories of Saint Jack" features a reunion of the local cast and crew for the first time since 1978 at the National Museum of Singapore for a 2009 screening, chatting excitedly about how they felt about the Hollywood production allowed to shoot in their country (where it was ultimately banned for a while). Pierre Cottrell, executive in charge of production, actress and casting director Sally Tunnicliffe, actress and assistant producer Lisa Lu, unit manager Tony Yeow, and actors Tan Bee Hui, Noel Joseph, and Tan Yan Meng are among the participants. The 15-minute "Dormant Glories at Dawn: The Singapore Film Locations of Saint Jack" presents a thorough then-and-now comparison between almost every significant location seen int he film, some looking fairly similar and others radically transformed over the decades. Note: the Blu-ray will be available via Ronin Flix, Diabolik, and Screen Archives; links will be posted as they go live.