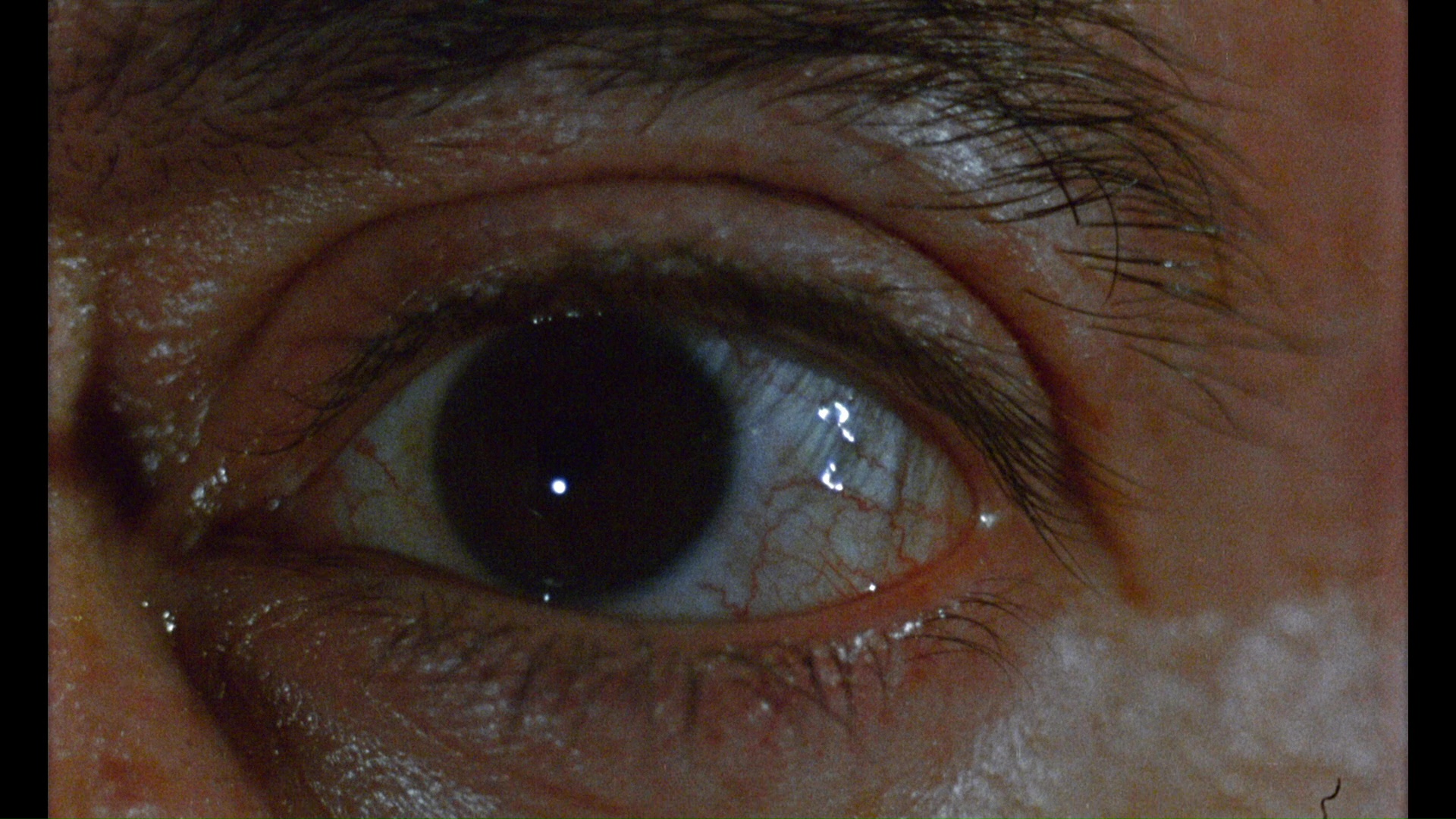 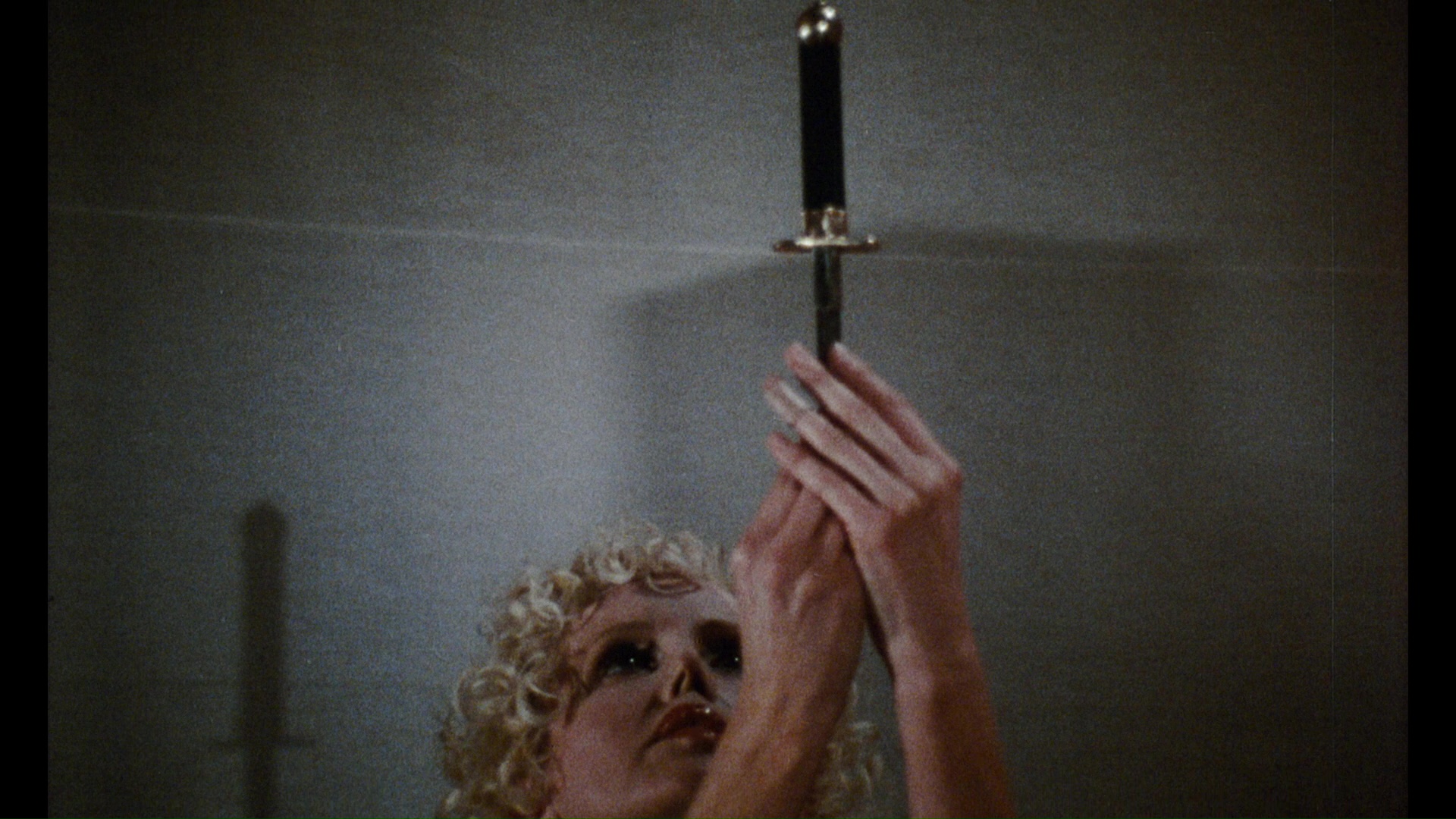 became trendy for Hollywood directors to go back and retool their films (with frequently diminishing results, Michael Mann), cult favorite Jess Franco was taking the idea in some audacious directions with many of his films. In addition to customizing his versions to the demands of different countries, often at the behest of distributors, he was known to completely overhaul some of his titles into totally new narratives, often with newly-shot scenes. One of the most extreme and successful examples of this gambit is The Sadist of Notre Dame, one of the first films Franco made when he returned to post-dictatorship Spain in the late '70s. Oddly enough, it was assembled from one of his most perplexing films made in France: 1972's Exorcism, one of his numerous Eurociné productions and easily the most extreme at the time in terms of both sex and violence. That film had already been tweaked into multiple lengths to little distributor response as well as a commercially essential hardcore version (with Franco's participation in more ways than one), but the director took the unusual step of completely overhauling it into a different narrative with extensive footage from the prior film, newly scripted dubbing, and a healthy heaping of newly-shot scenes. The end result, The Sadist of Notre Dame, is a confusing but fascinating cinematic experiment, in some ways refining and improving on its source with a more overwhelming air of melancholy and isolation.

On the streets of Paris, seemingly homeless oddball 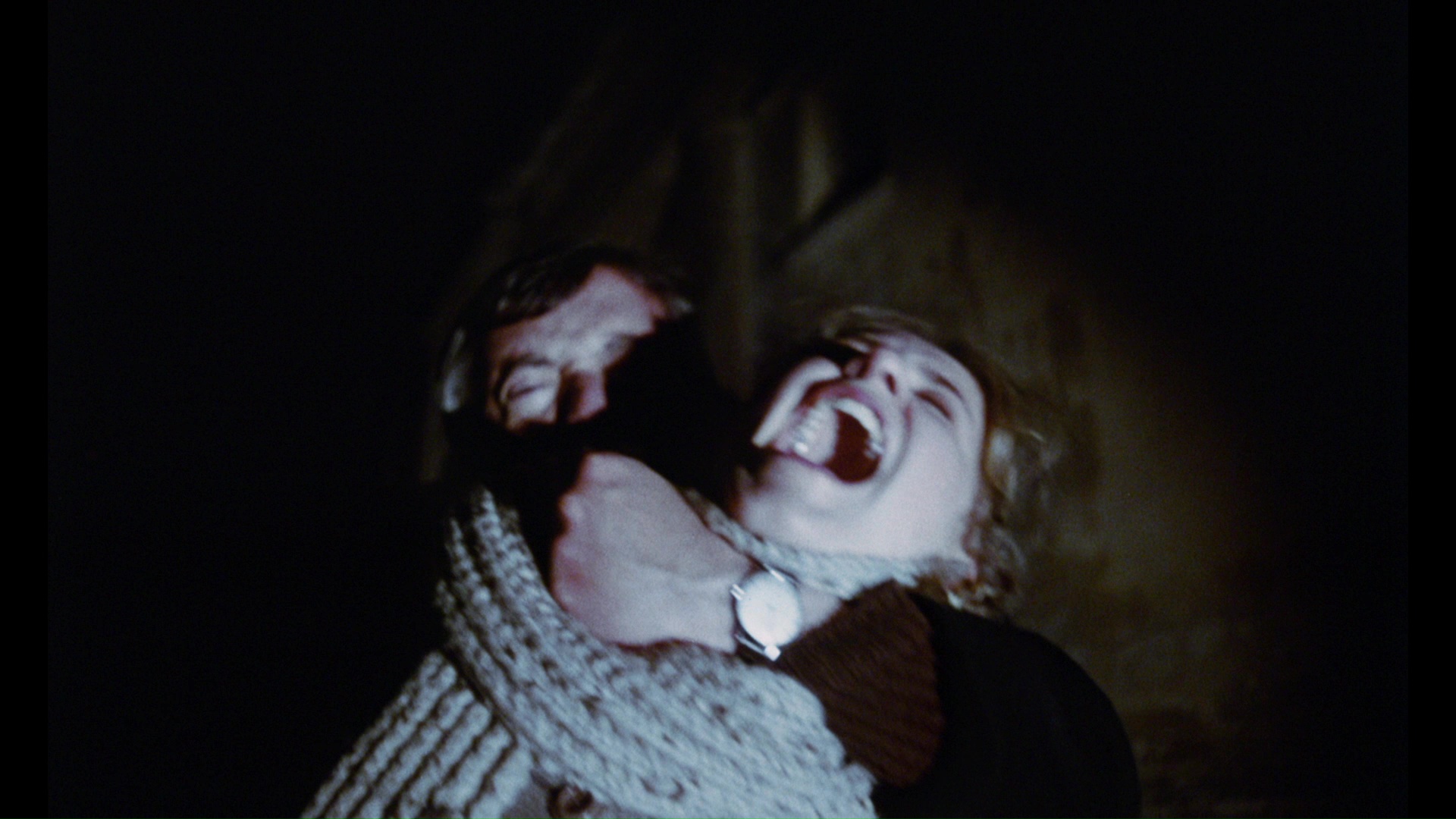 Mathis Vogel (Franco) hangs out around Notre Dame and has a habit of stabbing women he deems impure. We 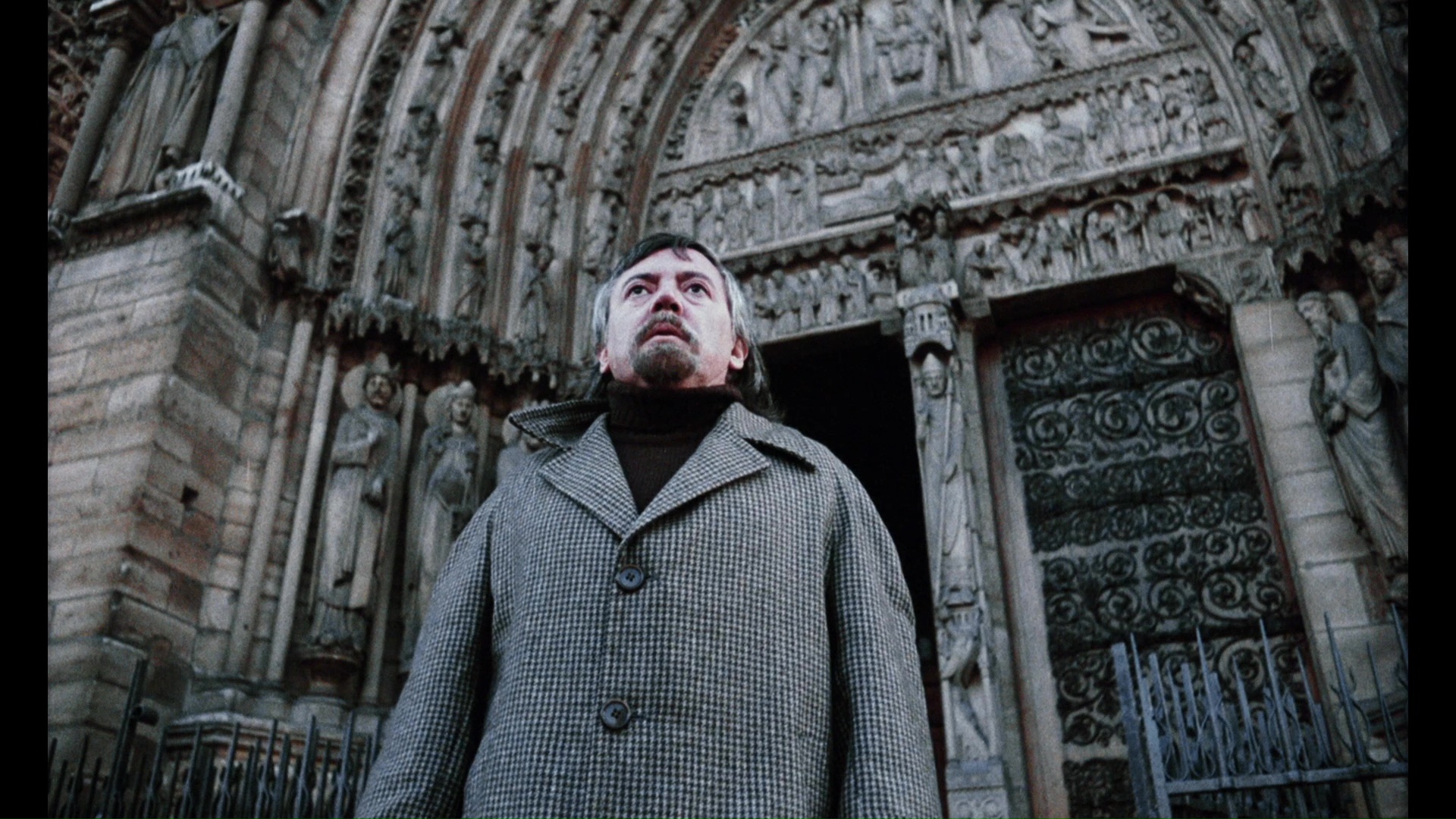 first see him attacking a prostitute after he initially fails to understand her intentions, and as it soon turns out, he isn't a derelict at all but rather a former priest and recent discharge from a mental institution who still owns a secluded house. That's the perfect place to lure unsuspecting victims, such as callous lesbian hookers who joke about stabbing each other at the moment of climax, but he manages to also find the time to confess his crimes at church and babble maniacal nonsense to publisher Pierre (Taylou) and his assistant / nightclub sex performer Anne (Romay). Meanwhile in an entirely new subplot, a police inspector (Franco regular Mathot) sifts through clues to close in on the delusional maniac.

Though it'll likely be a baffling experience to anyone new to the eccentric cinematic world of Jess Franco, this is an essential installment in his legacy and a fascinating demonstration of how he could shift the focus of his work even years after the fact. The greater emphasis on his own performance is especially intriguing, with the somber, overcast atmosphere of the new city wandering scenes giving the film a very different tone compared to its predecessor. Interestingly, Franco doesn't amp up the sex and violence but rather retools everything into a new chain of events, some of which don't actually make sense at all if 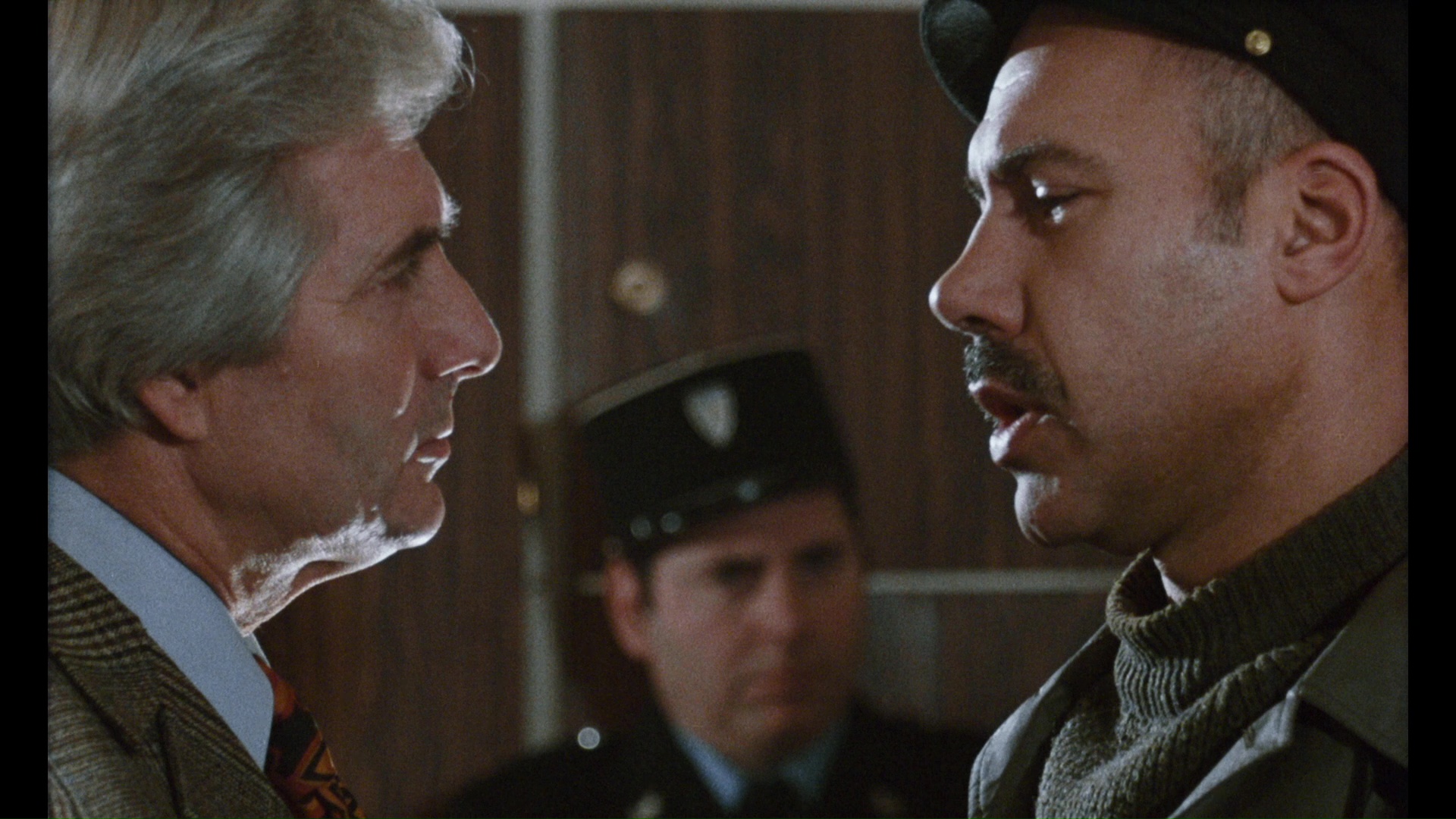 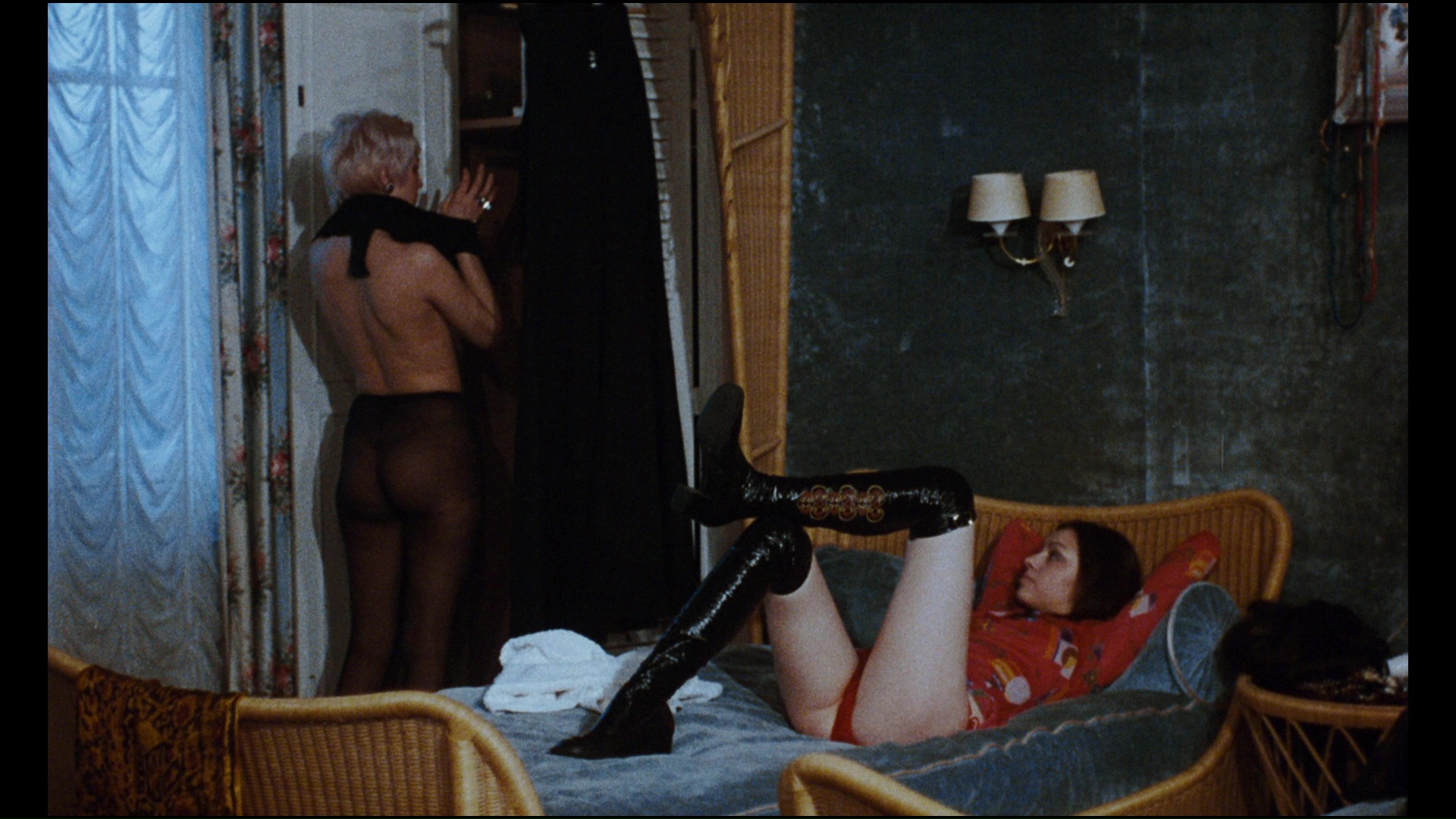 At one point this was by far more readily available than Exorcism in the early VHS days, though confusingly, both have been issued on tape at different points under the title Demoniac. Since the emergence of the original '72 film on DVD, this iteration essentially drifted into oblivion for decades apart from a mediocre and quickly discontinued Spanish DVD. The 2018 Severin edition opens with a note that this is taken from the finest surviving 35mm print scanned at 4K, and the results are extremely good if you're familiar with the history of this film. Much deeper blacks give the film a more pleasing sense of depth, and colors are more natural and consistently timed than past transfers by a wide margin. It's still a ratty-looking film at times with some bumpy edits, but that's the nature of the beast. The DTS-MA mono options include the dubs created in English, French, and Spanish (there's no version containing the actors' original voice performances, not surprisingly); the English is the clunkiest one but also the most amusing and familiar for English-speaking viewers, while the French is the most elegant and the Spanish features the best audio quality. Optional English SDH subtitles are included for 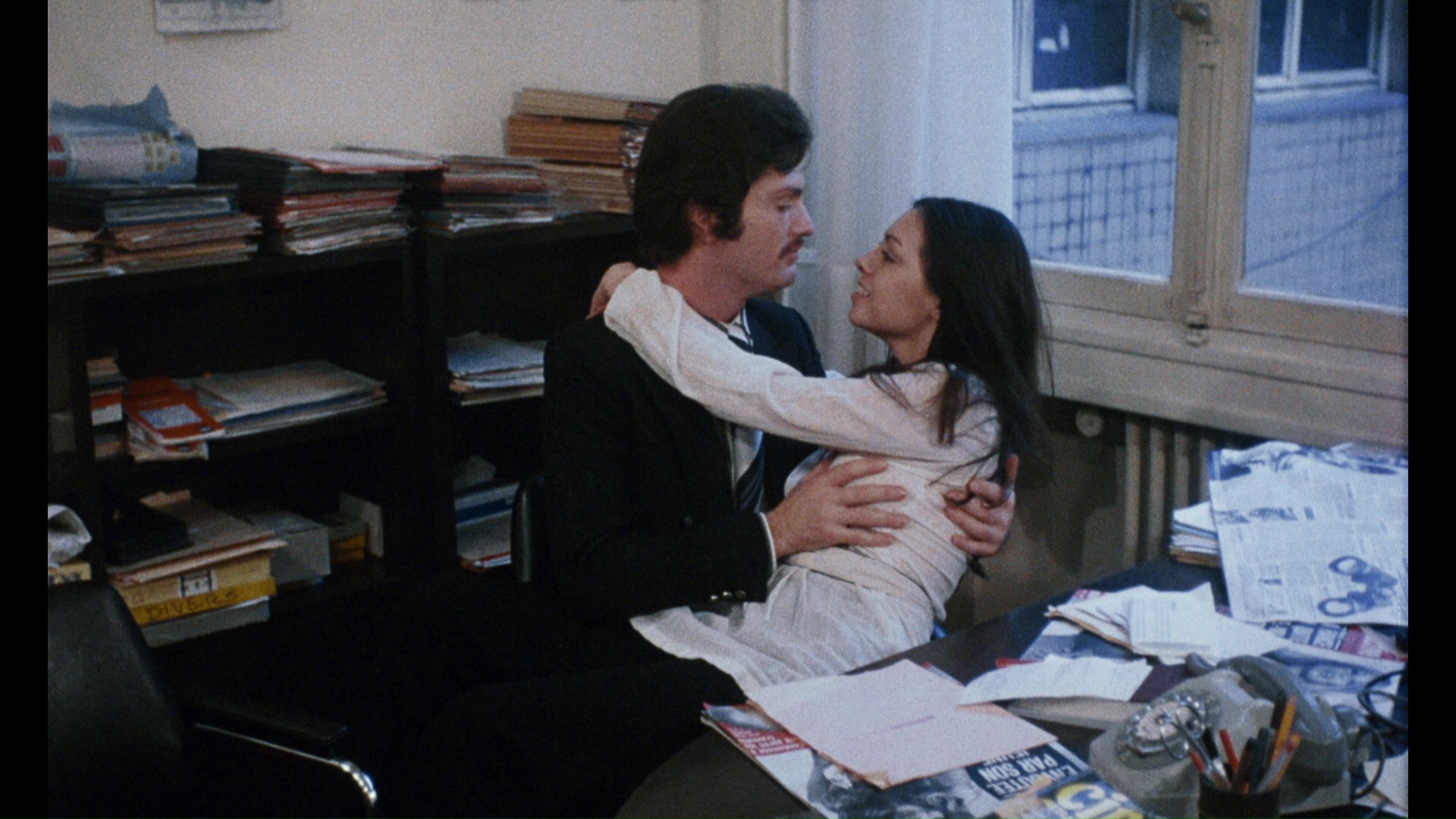 the English track, or correctly translated English subtitles for the other two with some very significant differences in meaning at times. Considering the major participants are no longer around or long drifted off somewhere in Europe, the release also does a good job of putting together some valuable extras to provide some context for this release. The first and least directly connected to the main feature is "The Gory Days of Le Brady" (30m58s), 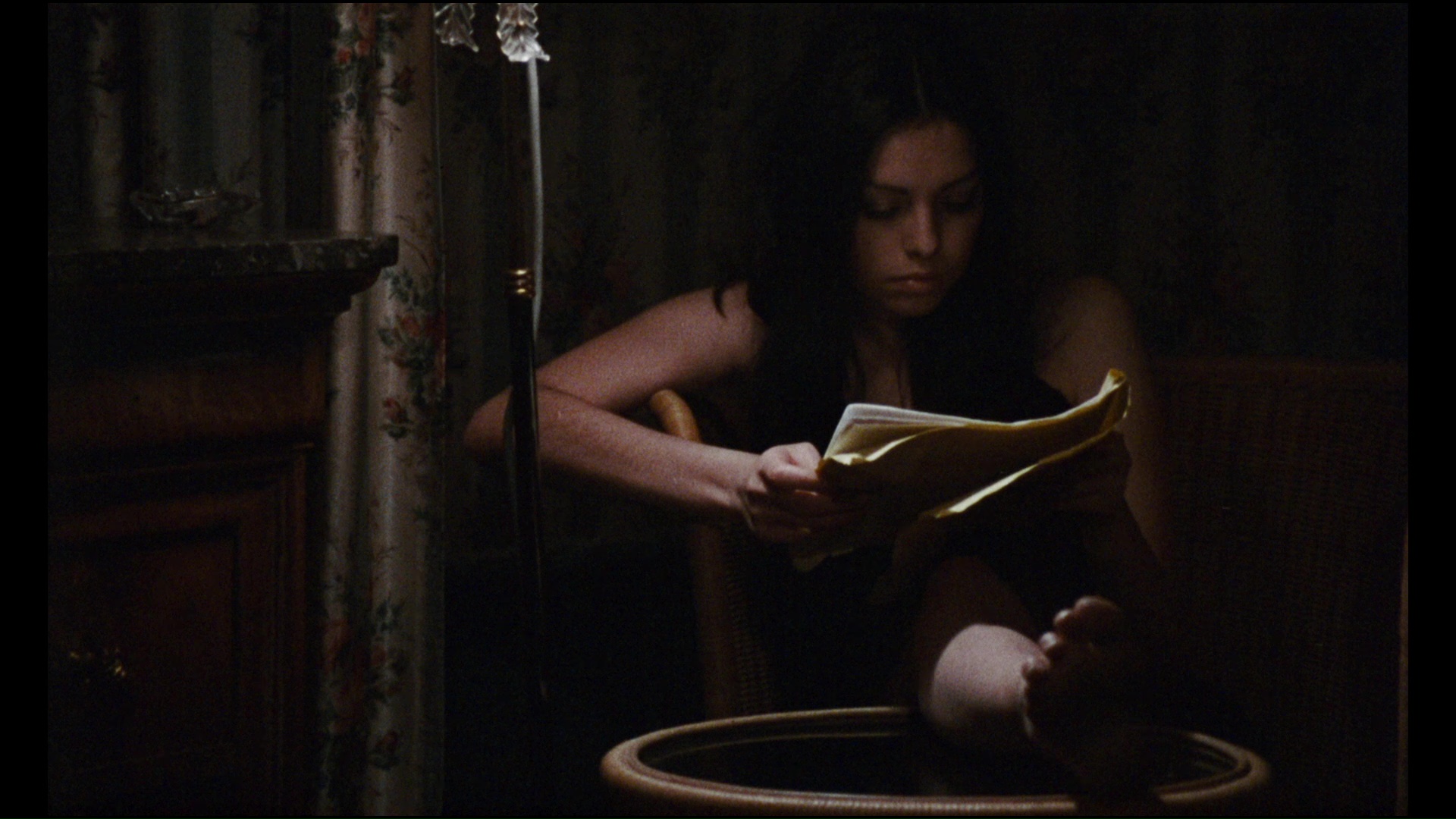 a look at the title Parisian theater where horror films (especially Hammer) drew in crowds for years before sexier fare and wild double features took over around 1972 and created an insatiable demand for genre cinema (including lots of Franco). The bulk of it is presented by former Le Brady projectionist Jacques Thorens, who really knows his stuff and covers the field very well over the course of a half hour. It wouldn't be a complete Franco release without Stephen Thrower, author of the essential Murderous Passions: The Delirious Cinema of Jess Franco, whose 27m50s interview does a perceptive job of explaining how this film sprang out of some major changes in Franco's life near the end of the decade including changes in both marital status and locale. He also makes an articulate argument for considering this as a separate feature from Exorcism and notes why Franco himself preferred this particular variation. A selected scenes commentary with I'm in a Jess Franco State of Mind's Robert Monell plays more like a 6m31s essay since it also has some artwork overlays and focuses primarily on identifying the various actors and locations in the newer footage, with some context given for Franco's career as a whole. Finally, "Treblemakers" (5m2s) features Jess Franco Ou Les Prosperites Des Bis author Alain Petit taking a French-language (subtitled) look at the history of the film in Europe with an emphasis on the ebbing and flowing of the demand for "skin flicks" in France. As usual, direct orders through Severin have multiple options including a Blu-ray, deluxe bundle with Sinfonia Erotica and a Franco pin or a bundle with just the two films on Blu-ray-- or if you're allergic to watching Jess Franco in high-definition, a DVD.