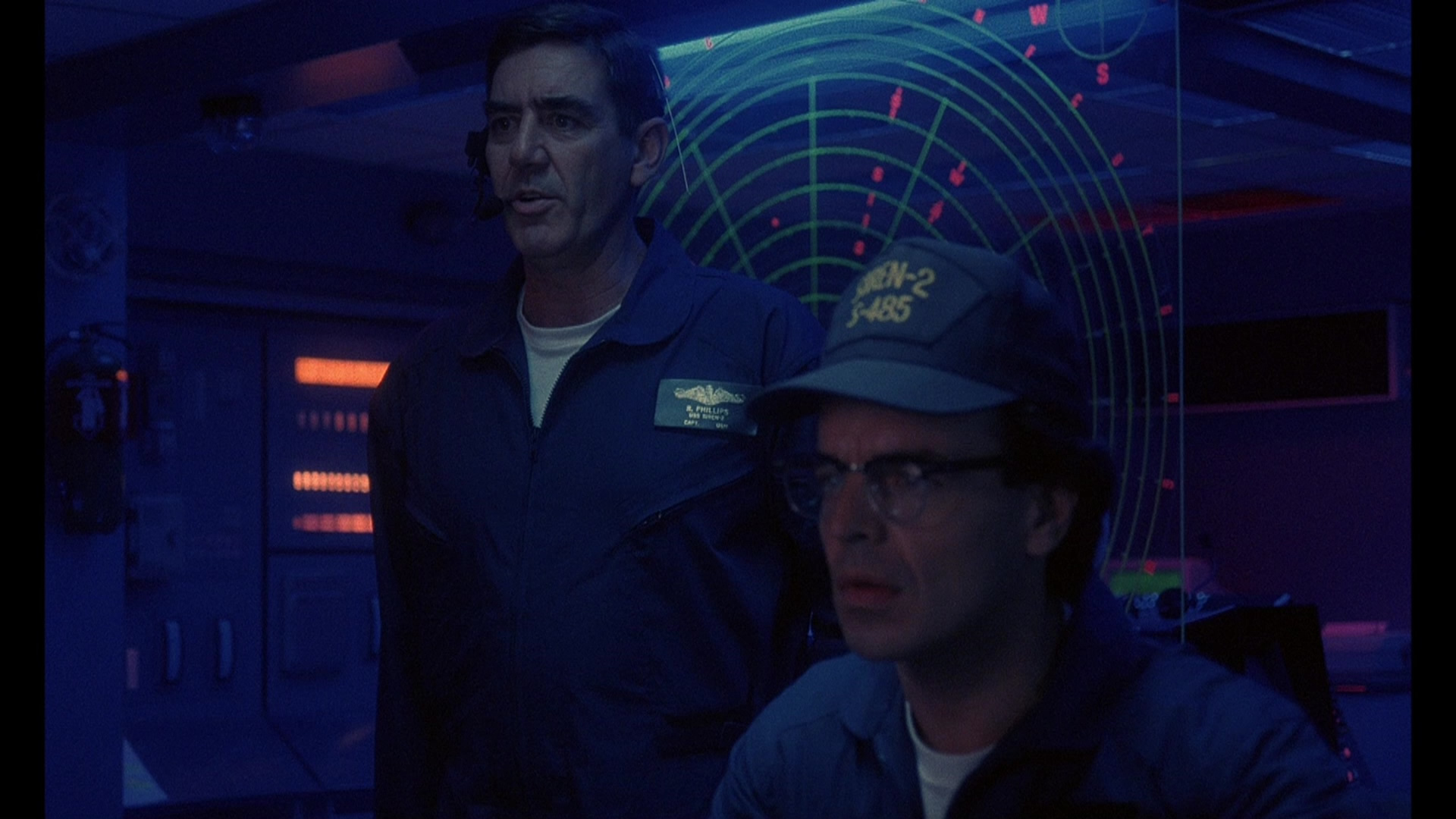 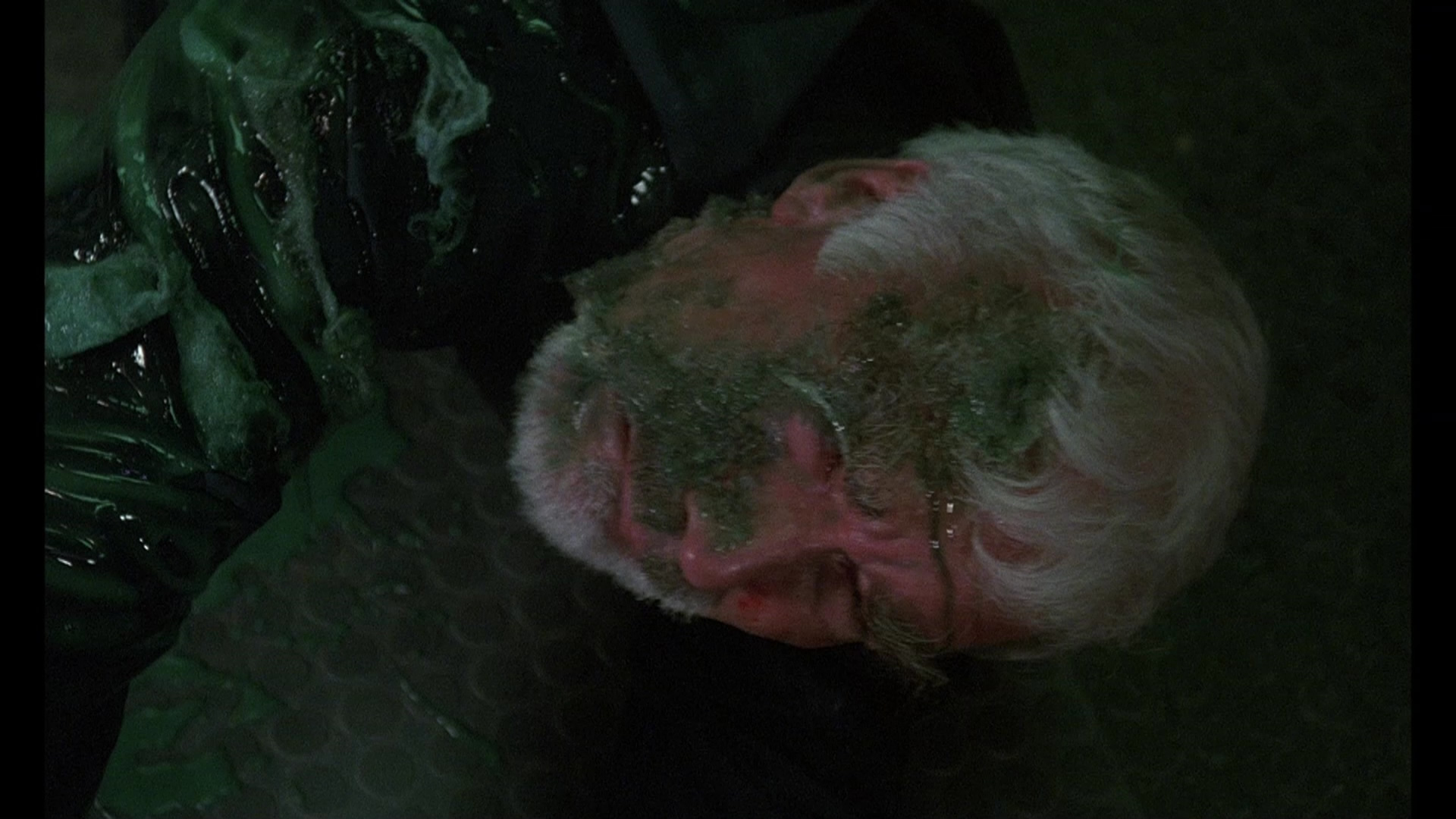 Clearly proving he hadn’t had enough of rampaging, bloodthirsty monsters with Slugs, much-loved cult director J.P. Simon (Pieces), a.k.a. Juan Piquer Simón, pulled out all the stops again for one of the many underwater cash-ins on James Cameron’s The Abyss, some of which ended up hitting theaters and home video before that big release due to production issues. Better known to VHS hounds as Endless Descent, this particularly fun variation isn’t usually mentioned in the same breath as Leviathan or DeepStar Six but certainly delivers exactly what you’d want: action, gung-ho military dialogue, lots of bobbing models, and a big helping of latex-heavy creature mayhem with gallons of stage blood.

When a valuable, cutting-edge submarine called the Siren I loses contact after being wedged inside a vast underwater crevice, a rescue team bands together including the original disgruntled sub designer, Wick Hayes (Scalia), gruff military commander Captain Phillips (Ermey), smarmy pilot Robbins (Wise), and Wick's former wife, bio-geneticist Nina (Adair). Wick and Phillips butt heads immediately and set off tensions in the crew, but that’s nothing compared to what they find buried deep inside the rift in a hidden open air cavern – a horrifying discovery that may prevent them from ever seeing the surface again. 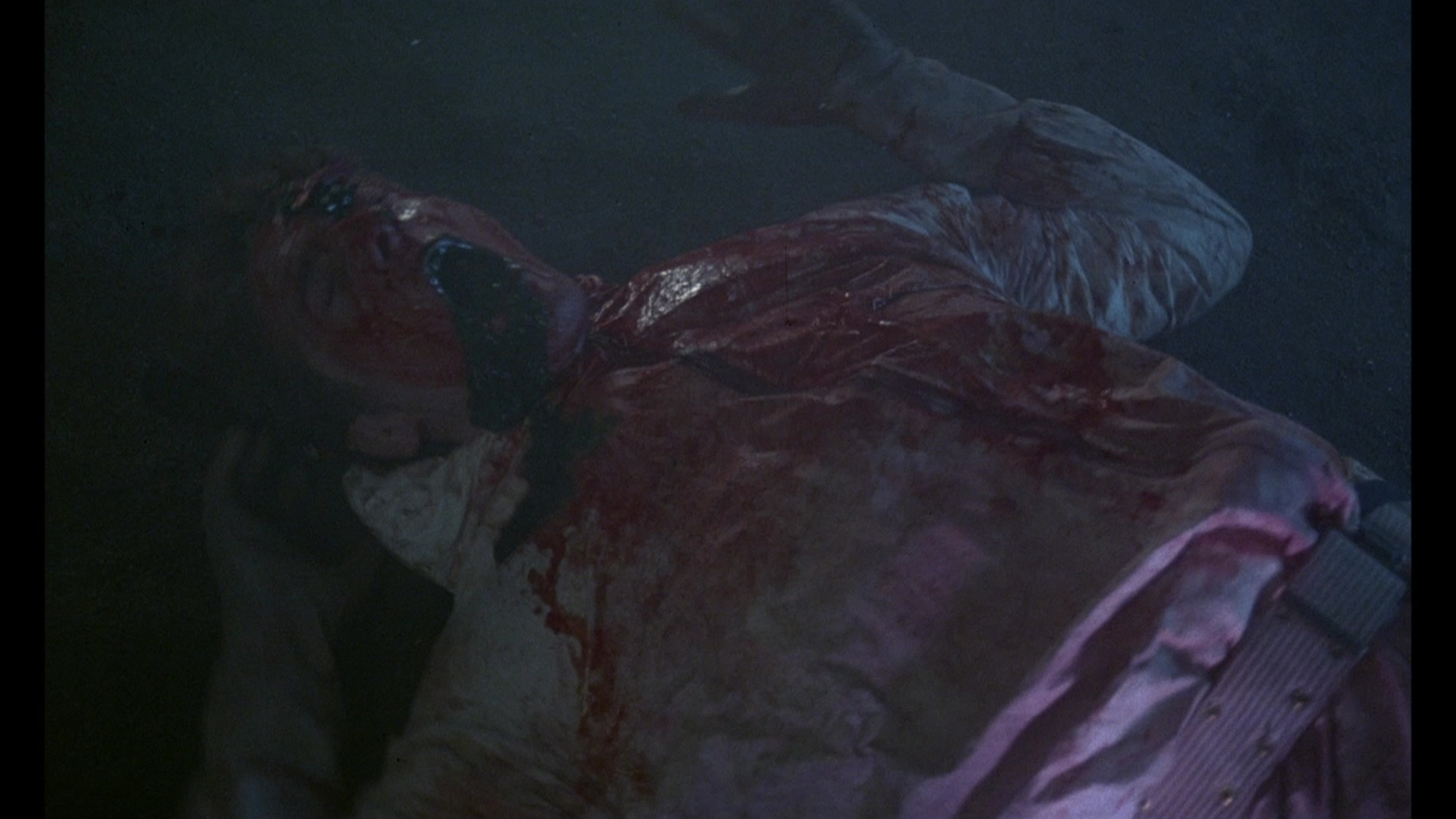 Somewhat pokey for its first 40 minutes or so and definitely not at the forefront of visual effects at the time, The Rift really springs to life in its second half with a giddy stream of increasingly large-scale and gruesome monster attack scenes that feel like a cross between Galaxy of Terror and Contamination. The overall vibe is similar to a fun, cheap ‘50s monster movie dressed up with killer mutated marine life and squishy explosions, which should be exactly what you want when you pop something like this on. The budgetary limitations add to the lo-fi amusement, especially when it comes to the computer

graphics on various display screens, and Joel Goldsmith’s synth-heavy score does its best to create an epic feel on clearly limited means. The script doesn't break any particular new ground, but it has a few fun twists (including an Alien-inspired one in the last stretch) and plenty of opportunities for its character actors to ham it up without worrying about anything close to realism.

Released on VHS by Live Home Video and on laserdisc by Image Entertainment under the Endless Descent title in 1991, The Rift makes its American debut under its original title on Blu-ray and DVD from Kino Lorber 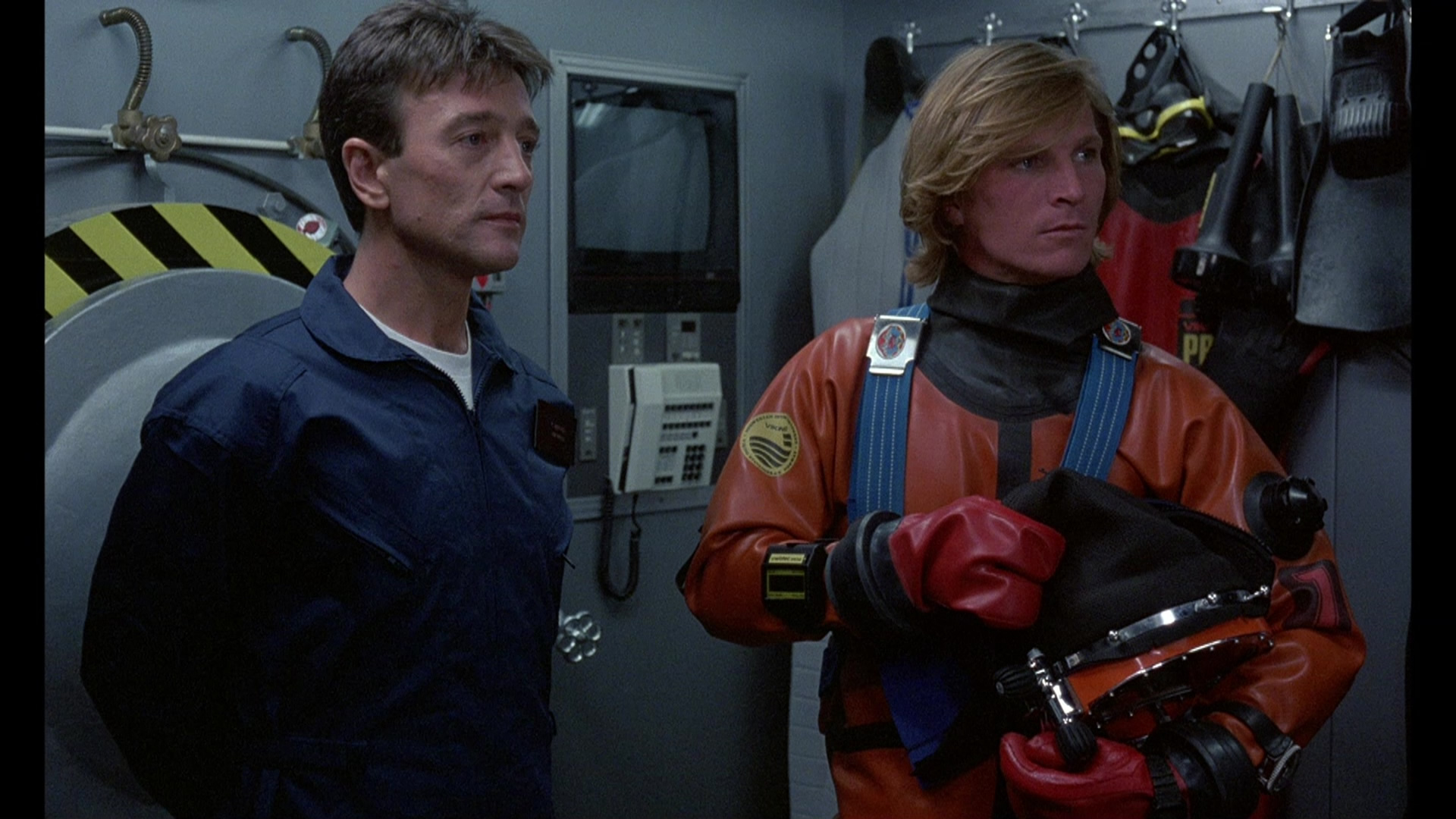 with extras and input from Scorpion Releasing after an earlier HD airing on the cable channel Epix. The packaging boasts this is a fresh 2016 HD transfer, and it looks pretty great with a fresh, vibrant appearance, good detail, not visible digital scrubbing, and lots of rich, moody shades of red and blue all over the place. The DTS-HD MA English stereo audio sounds excellent as well. In addition to the original Endless Descent trailer, you get a trio of very enjoyable and sometimes hilariously honest featurettes: a 31-minute interview with Scalia, a 24-minute one with Wise, and a short but unmissable 7-minute chat with Ermey (who astonishingly isn't on the Kino Lorber release of the excellent The Siege of Firebase Gloria) in which he lambasts the production and some of his cohorts. The video extras cover more than just this film with lots of chatting about other projects around it, with Wise in particular noting some of his other genre work and Scalia touching on Fear City and some of his considerable TV work. Good, pulpy fun served up in a package way more stacked than you'd ever expect.