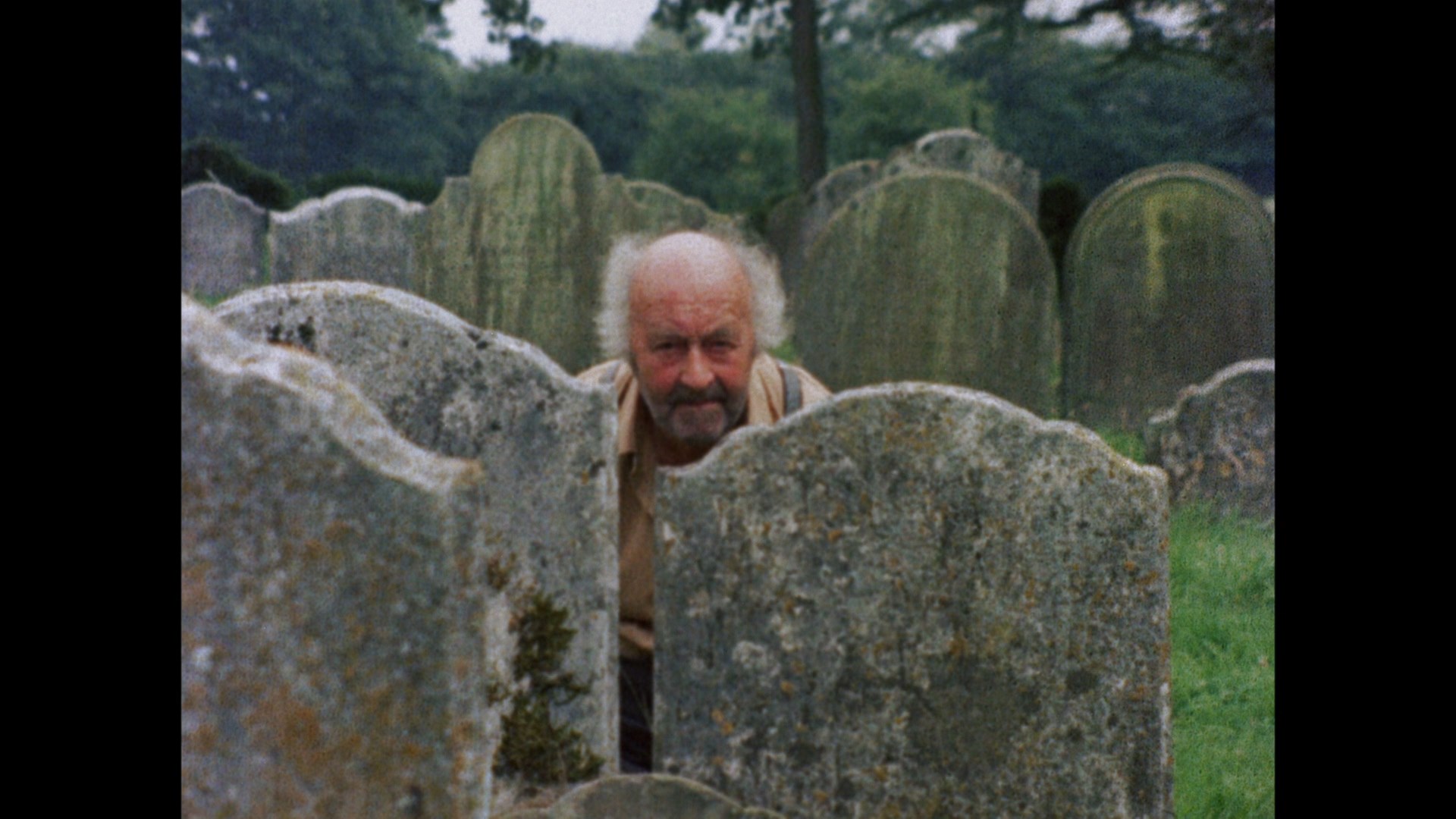 The British Film Institute's astonishing track record so far on Blu-Ray has resulted in some very diverse discoveries from their vaults, and the streak continues with this impressive tribute 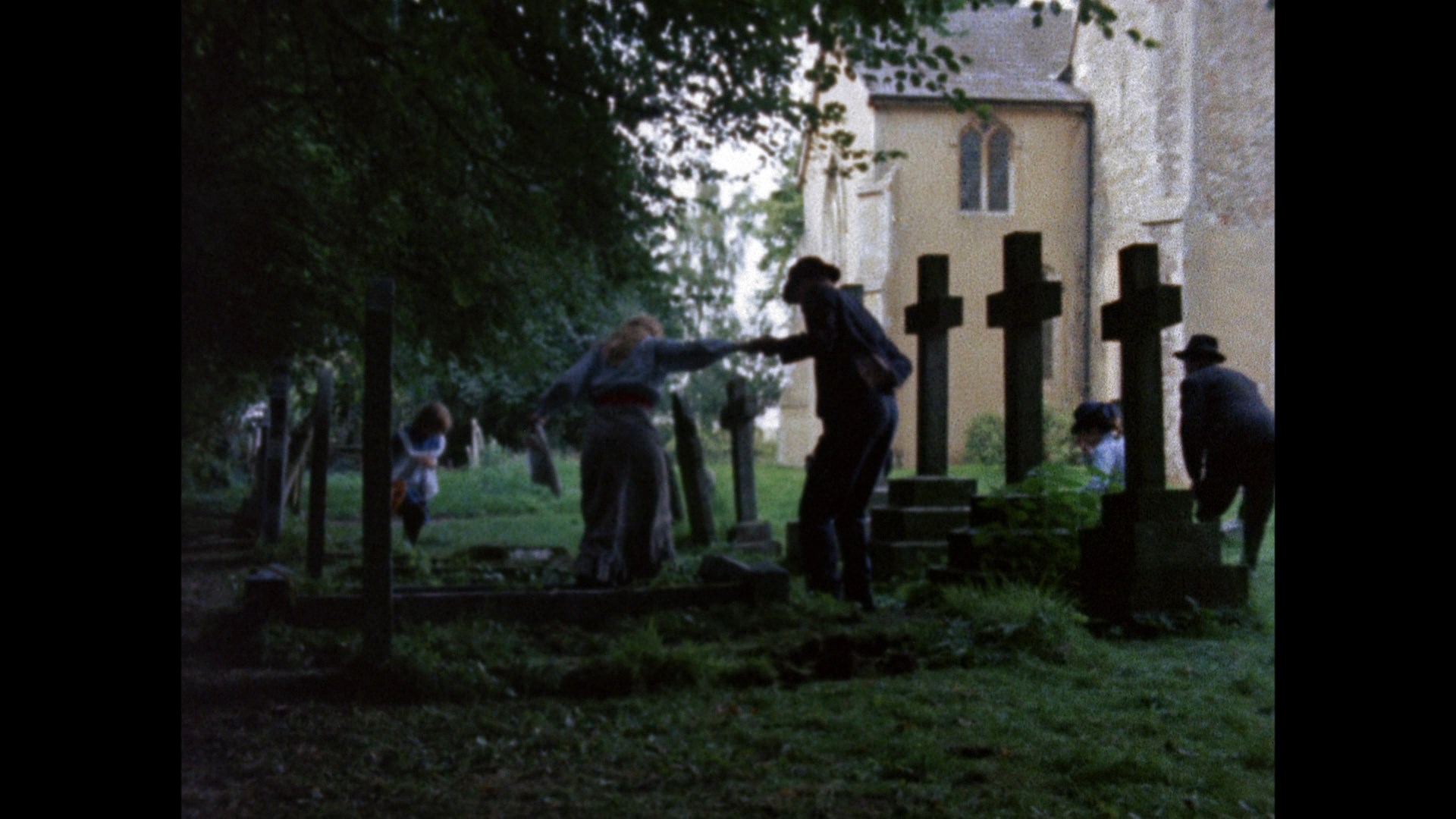 to David Gladwell, the one-time editor for Lindsay Anderson (on films like If... and O Lucky Man). The centerpiece here is the title film, a feature-length, unclassifiable mood piece that starts off as a narrative-free ode to country life with ominous shots of bulldozer raising the English earth into a chaotic heap. A local gravedigger wanders through a church graveyard and serves as sort of the unifying device of the film, including thumbnail sketches of some of the lives of the villagers. However, that's just the beginning as the steady but experimental structure of the film intercuts the arrival of some thug bikers, a nervous couple's wedding night, an older couple's romp in bed, locals rising up from their graves among a bed of pebbles, and grim views of what will happen to the village thanks to the onset of modern progress, all set to a spare and eerie pastoral score.

Exactly what the message of this film might be is a little tricky to decipher apart from the obvious "mowing down villages with long histories for shopping malls is terrible." The arrival of the bikers puts it in especially odd territory, and its nervous attitude about the current generation of runaway youths would make this an unexpected but very appropriate companion film with Psychomania from a few years earlier. On the other hand, the languid shots of the villagers at work in the countryside recall similar poetic touches from films like Days of Heaven, albeit shot under much more financially-challenged conditions. As should be obvious, it's an aamzing film to watch if you're willing to go along with its idiosyncratic 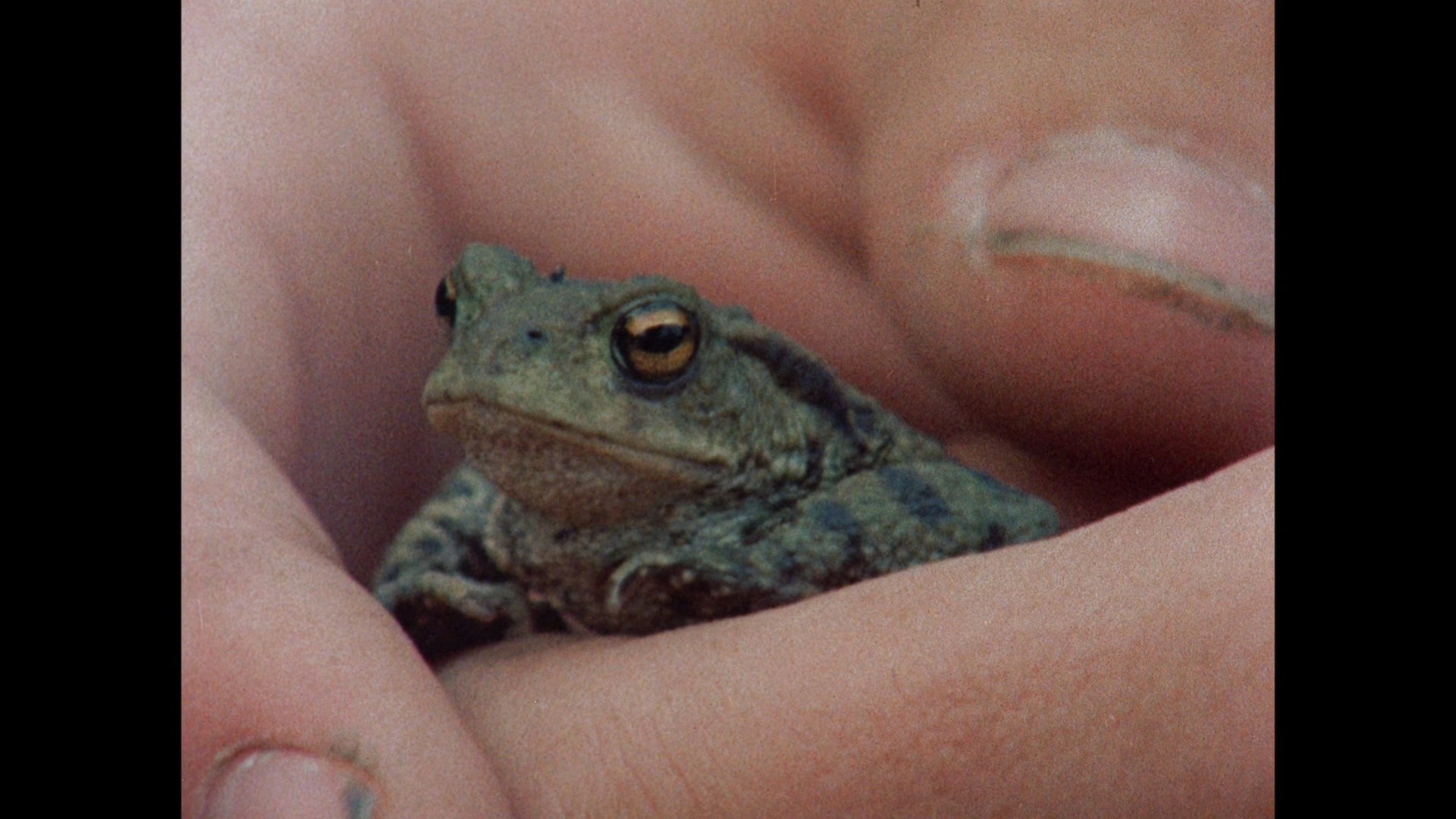 rhythms, and there's certainly nothing else like it out there. 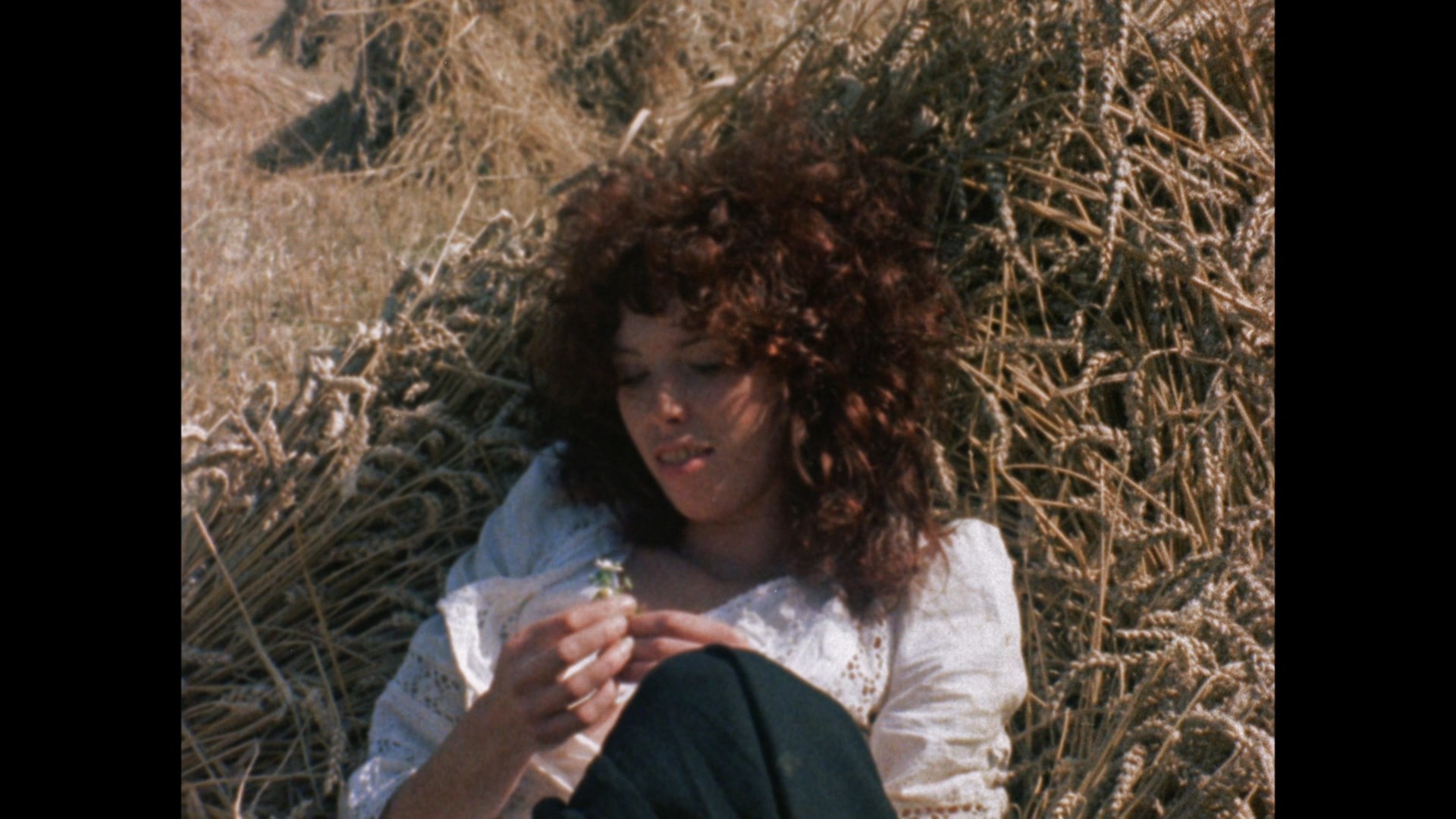 As per their usual practice with their essential Flipside series, the BFI release comes with both Blu-Ray and DVD editions, with the former obviously the way to go if you have a Blu-Ray player. (And yes, it's region free.) It's taken from the 16mm interpositive and looks about as you'd expect-- very filmic and detailed, albeit without that super-sharp crispness found in top-tier 35mm transfers. It's hard to imagine this looking any better. In addition to the main feature, it also includes four short films: "A Summer Discord" (1955), "Miss Thompson Goes Shopping" (1958), "The Great Steam Fair" (1964), and "An Untitled Film" (1964). Image quality increases substantially as the films get more recent, with the last one (an eerie slow-motion study of a young boy seeing a hen's execution on a farm) looking absolutely stunning and as good as just about any monochromatic title on the market. "The Great Steam Fair" is definitely the odd man out here as it's shot in 35mm with vivid colors and in scope, offering a punchy visual study of a '60s carnivalThe enclosed booklet contains a 1975 Sight & Sound essay by Elizabeth Sussex about Requiem for a Village, a newer written appraisal about it by Rob Young, a brief series of recollections by Gladwell about his time with the BFI, a Gladwell bio, a Suffolk map, and brief notes about each of the shot films by William Fowler and Patrick Russell.