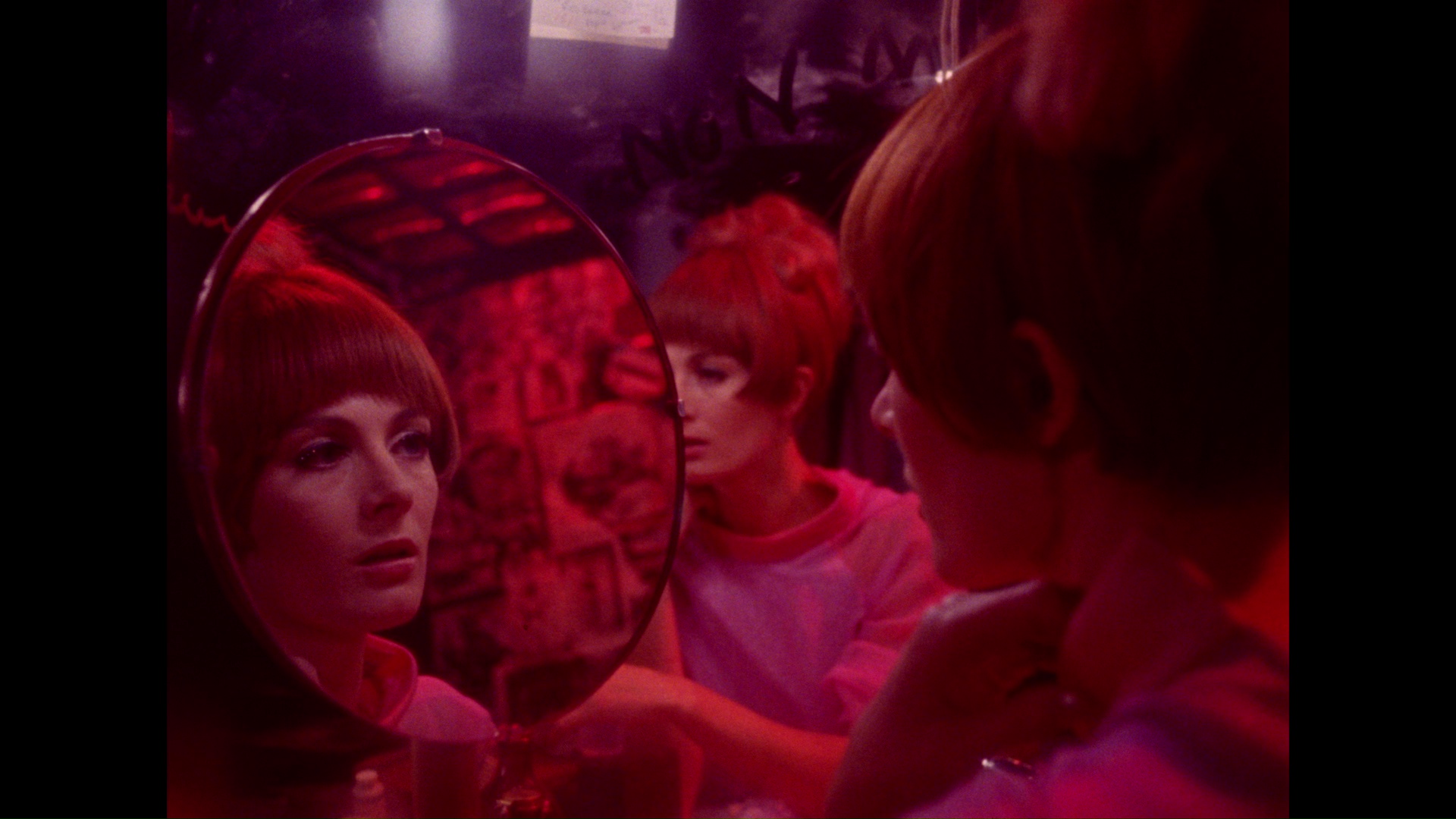 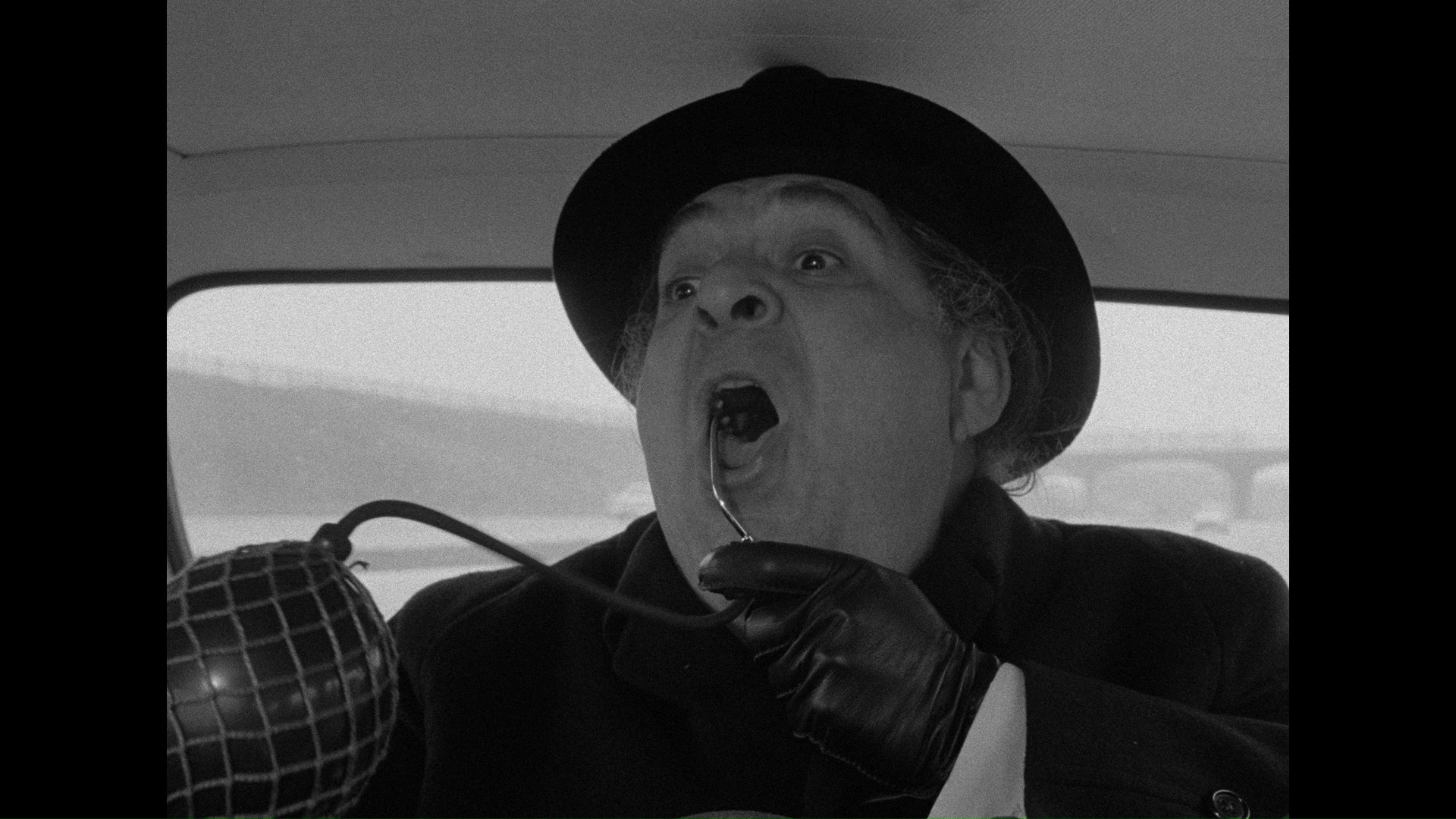 in Italy for anthology films spotlighting the country's best directors, it's odd the format didn't really travel very widely (though France give it a good few shots). Pioneering British production company Woodfall, which defined '60s cinema with films like Look Back in Anger and Tom Jones, decided to try the formula with three of its biggest directors: co-founder Tony Richardson, Peter Brook, and Lindsay Anderson. Unfortunately the three segments were quickly separated before the film could be given a theatrical release, with only Anderson's middle segment, the superb "The White Bus," getting a significant commercial release. Fortunately the BFI has corrected that oversight by restoring the entire film as originally intended, and it's a fascinating, sometimes surprising experience that also fills a significant hole in the history of British cinema.

First up is the very comic, Richard Lester-inspired "Ride of the Valkyrie," starring Zero Mostel in full ham mode as an opera singer running late for an engagement in Covent Garden. At first he causes numerous mishaps during a cab ride that keeps getting waylaid, and by the time he's in full regalia with a spear and helmet, he's heading across town on foot 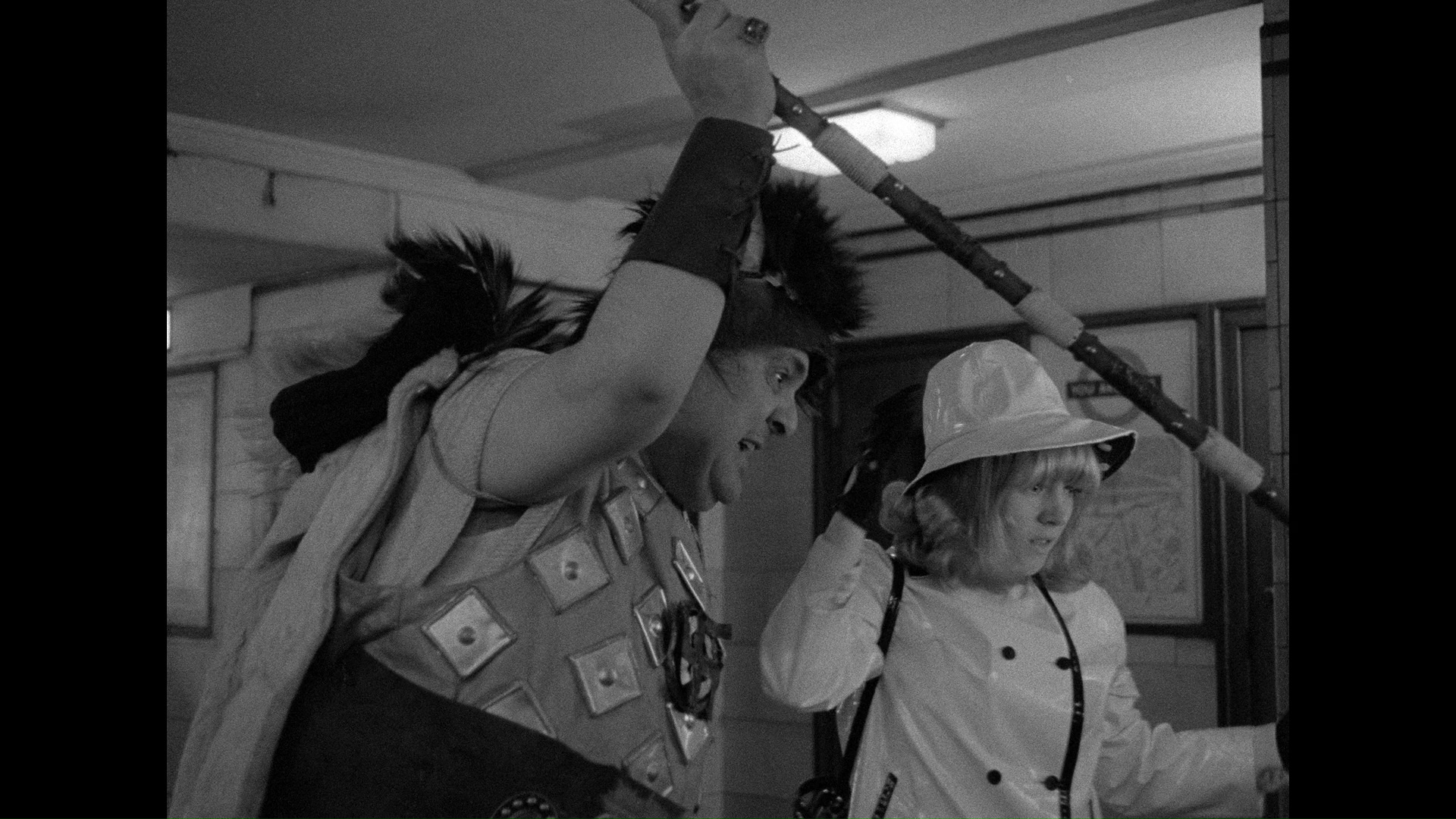 including an impromptu performance on the subway. A legend at the time due to his pioneering work with the Royal Shakespeare Company including the 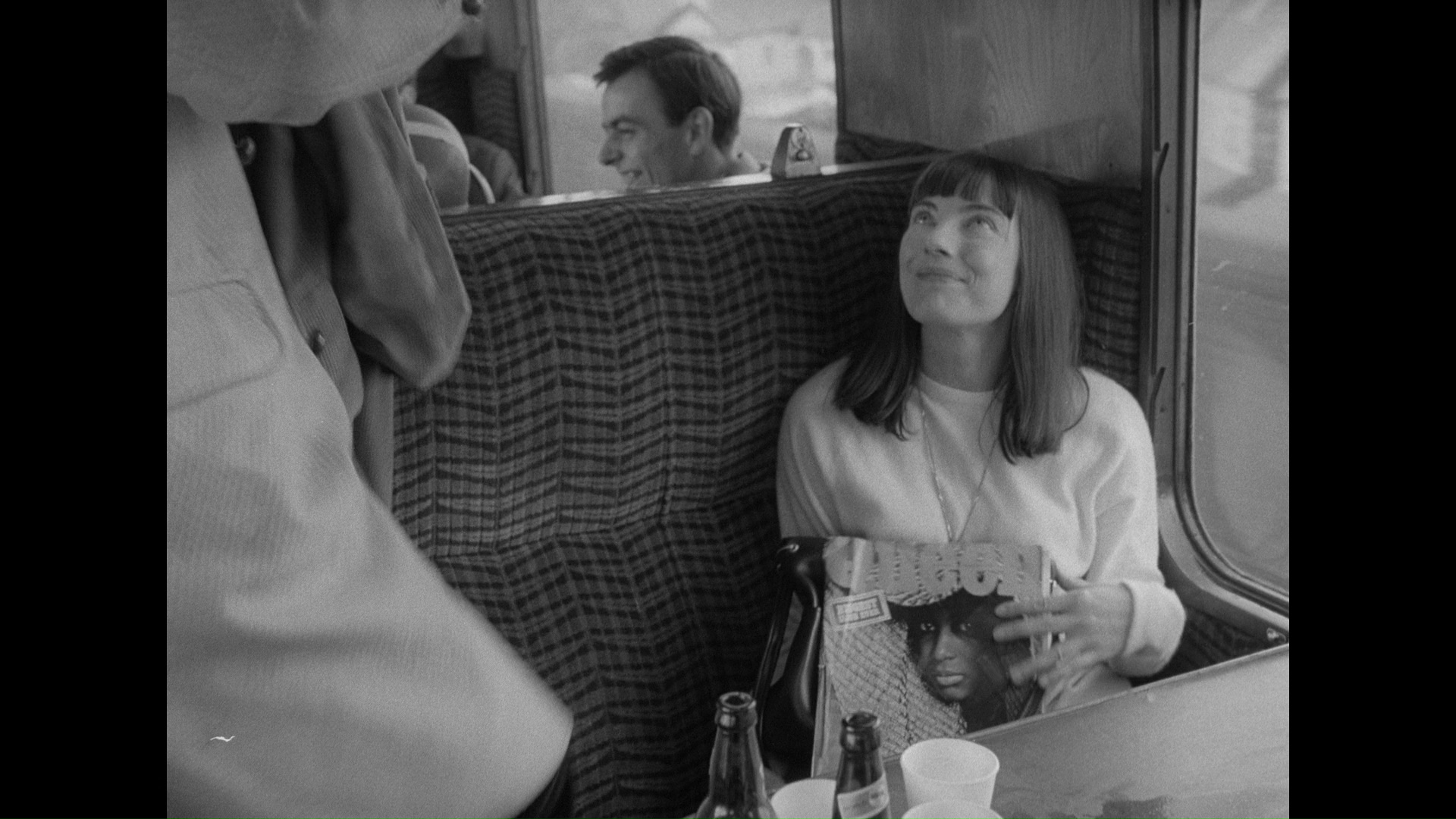 jolting Marat/Sade (which he also adapted into a film in '67), Brook really shifts gears here compared to his previous film, Lord of the Flies with what feels like a jaunty palate cleanser. At 15 minutes it's the shortest and slightest of the three, offering little indication of what's to come. That leads to the real centerpiece, "The White Bus," adapted by A Taste of Honey author Shelagh Delaney from her own story. (In fact, all of the films were supposed to be from Delaney stories but that plan fell apart when Karel Reisz jumped ship early in the process.) Just on the cusp of crafting his masterpiece if..., Anderson shows a sure hand here with the impressionistic story of an unnamed girl (Healey), who seems to be harboring a death wish, as she leaves London to return to her hometown of Manchester courtesy of a white tour bus. Both the oddball passengers and the sights along the way cascade into a snapshot of an England in transition and, interestingly, various forms of male aggression that don't seem to faze her. Mixing color and black-and-white footage, it's a slippery and gripping piece of work that still holds up today; no wonder it's the one that has continued to pop up over the years. 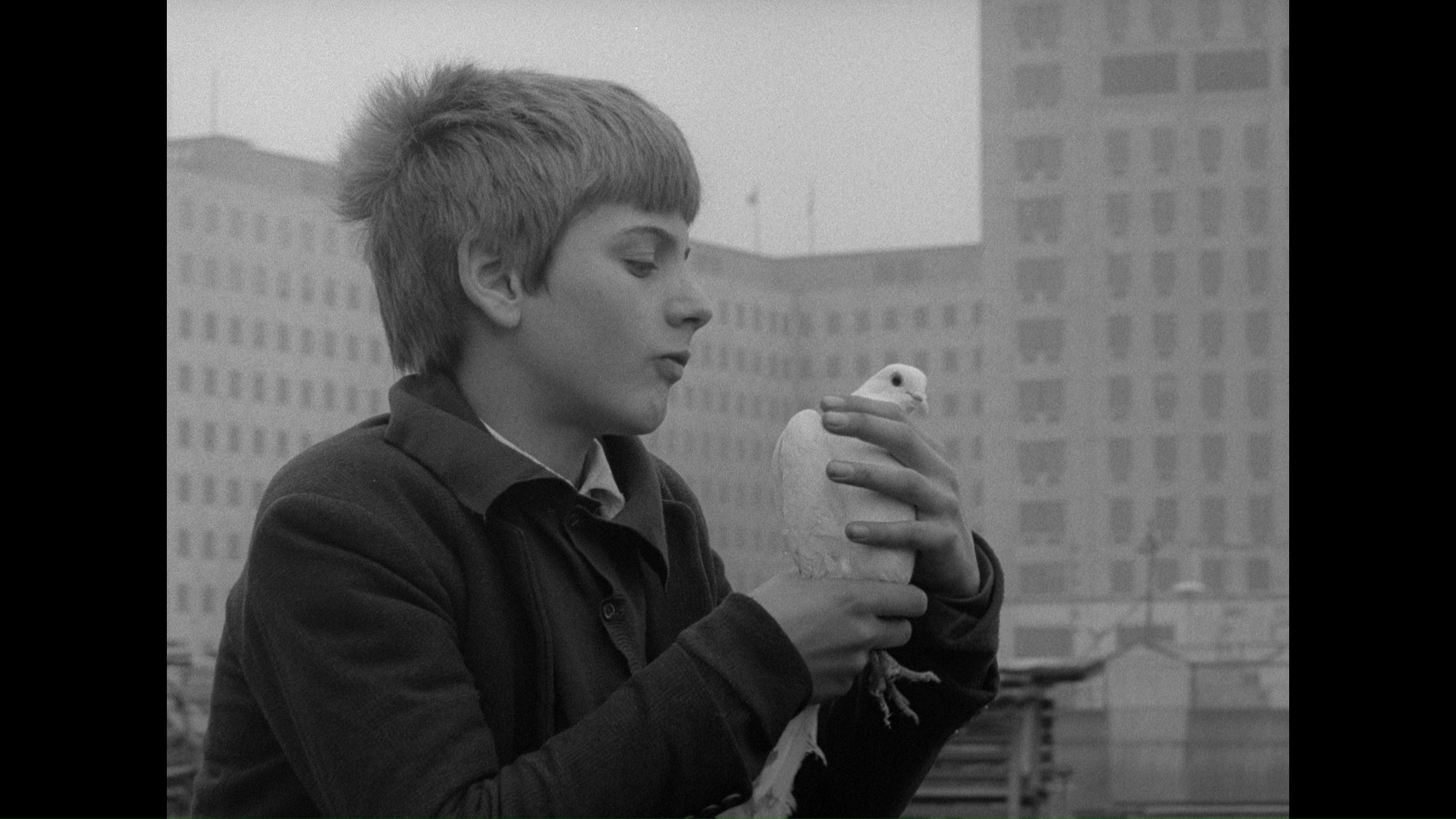 the last installment, Tony Richardson's "Red and Blue," which finds his wife at the time, Vanessa Redgrave, carrying the whole show as Jacky, a singer who interprets 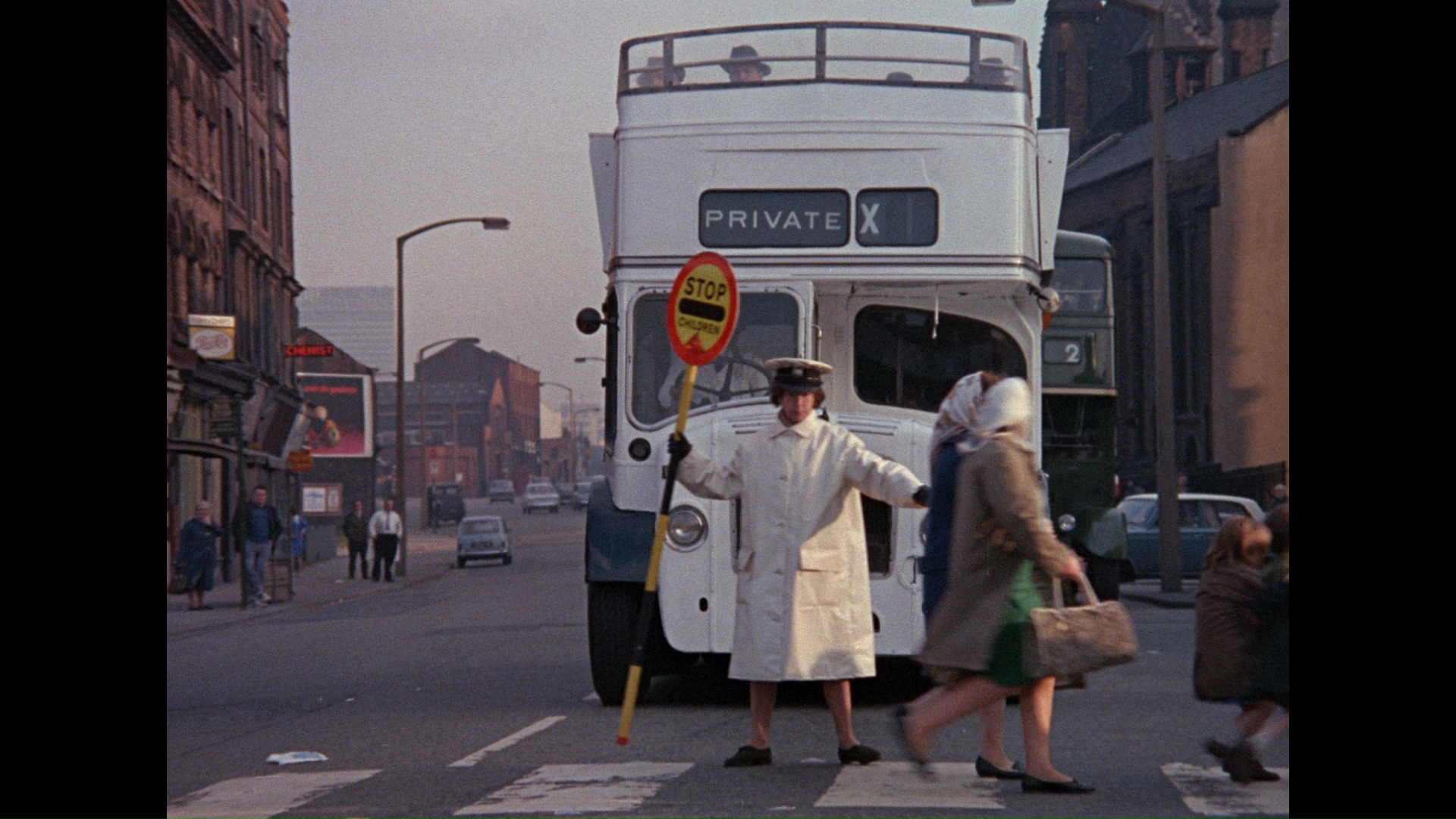 her various love affairs through flashback songs in her head as she's heading from London to Paris to find fame and fortune. Almost nonstop compositions by Cyrus Bassiak fill the soundtrack in a manner similar to what Jacques Demy was doing at the time, albeit confined here to one singer, Redgrave herself. A real discovery if you're a fan of Richardson or late '60s British cinema in general, this is a fantastic showcase for the actress (stepping in for Jeanne Moreau late in the game) and counts as the biggest surprise on the disc. It's also worth noting that these films are also great for spotting up and coming talent, with young Michael York and Anthony Hopkins turning up in small roles you can't possibly miss.

Confusingly, MGM released "The White Bus" by itself on DVD in 2011 but with Red White and Zero on the cover for some reason. Fortunately the three pieces were put back together for the 2018 dual-format Blu-ray and DVD edition from the BFI as #36 in its game-changing (and recently all too sparse) Flipside series. The new 2K scan commissioned by Park Circus looks beautiful with fine textures of hair, clothing, and film grain all impressively reproduced here; the color footage really pops with intense shades of (appropriate) red and blue in the Richardson segment that will have you reaching for the pause button more 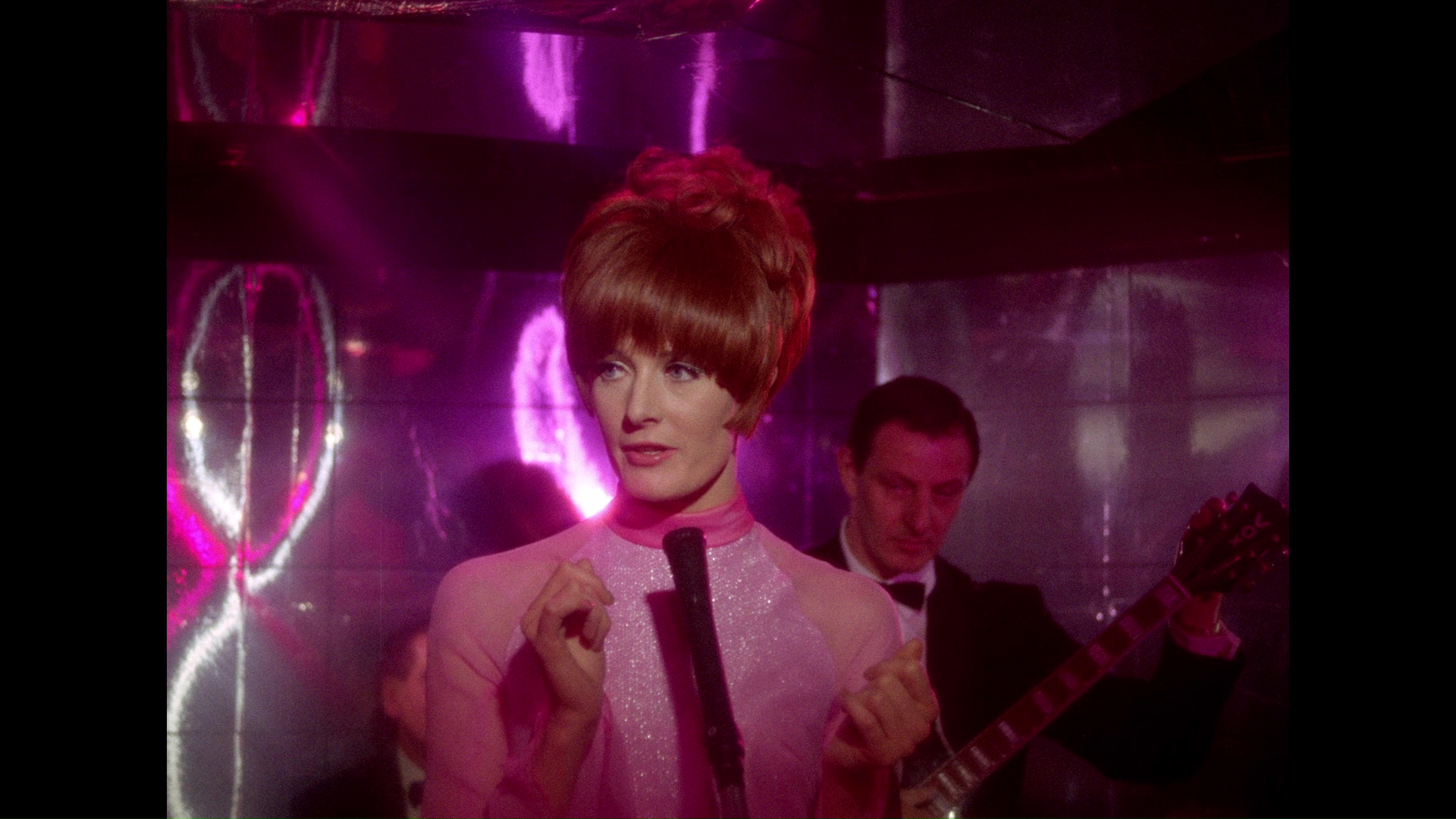 than once just to gawk. The 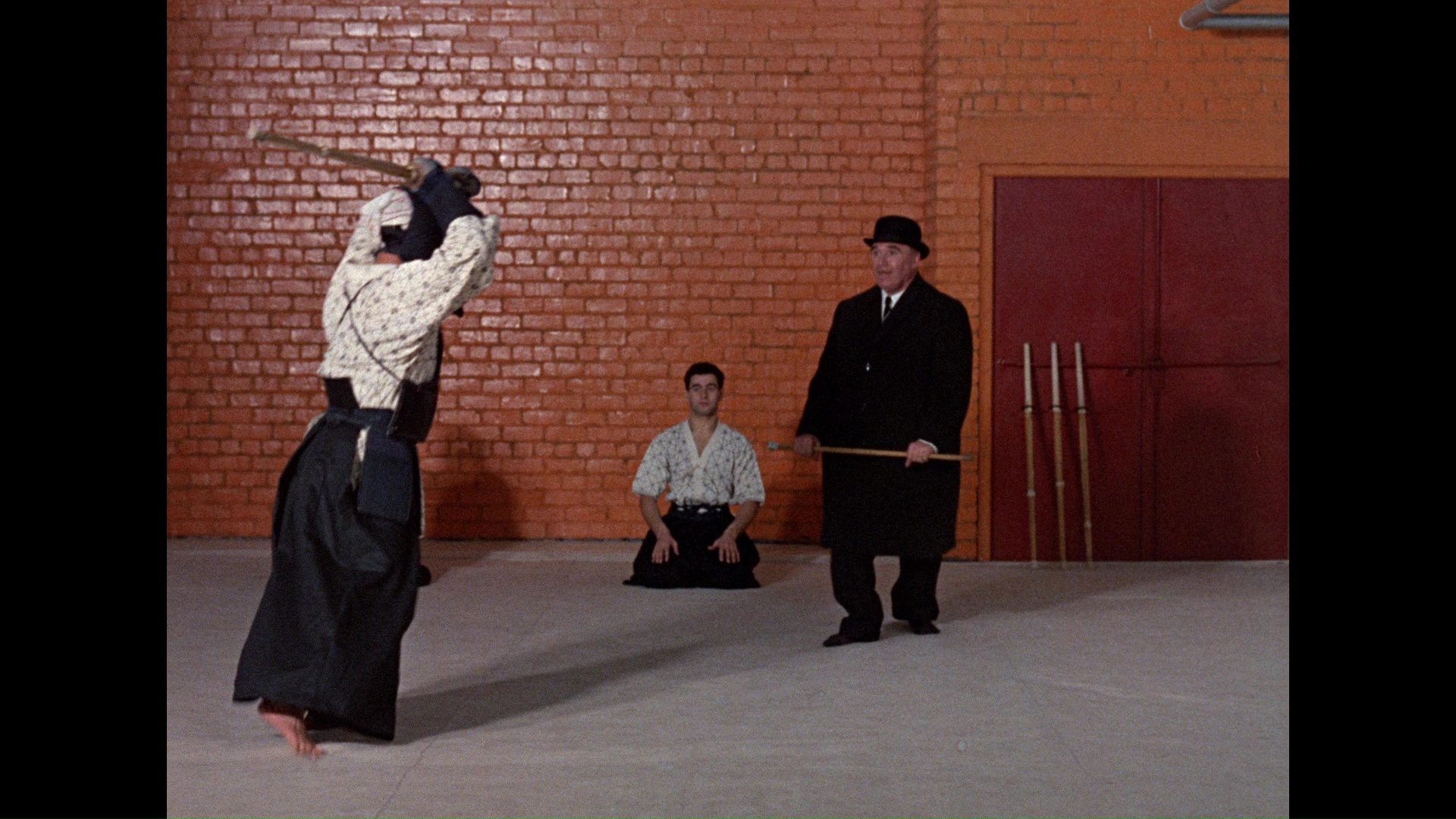 LPCM English audio on the Blu-ray (48kHz/24-bit) with optional English subtitles is also of top-notch quality.

A new commentary by Adrian Martin is quite useful and well-informed as he covers the transformation of Brook's segment (which was apparently recut quite heavily) and the director's admiration of Jean-Luc Godard, the visual motifs in Anderson's work that come into poetic play here, the stylization of sound in each sequence, and the history of the seven Bassiak songs presented here in their English-language iterations. The invaluable "-About The White Bus" (58m48s) also dates from 1968 and amounts to essentially a proto super-sized bonus feature with extensive coverage of the process from hiring the cinematographer Miroslav Ondrícek (who shot the early Milos Forman films and went to if...) through the logistics of directing the bus through actual locations in peak hours and recording the score by Misha Donat. A spoken intro by Anderson (8m51s) at the National Film Theatre in 1968 is accompanied by numerous stills from the Anderson and Richardson shorts, while "Behind the Scenes of Red and Blue" (6m50s) is a compilation of coverage from the shoot (including some great rear production driving bits) with commentary by editor Kevin Brownlow, who cut the second and third shorts. A new interview with Brownlow 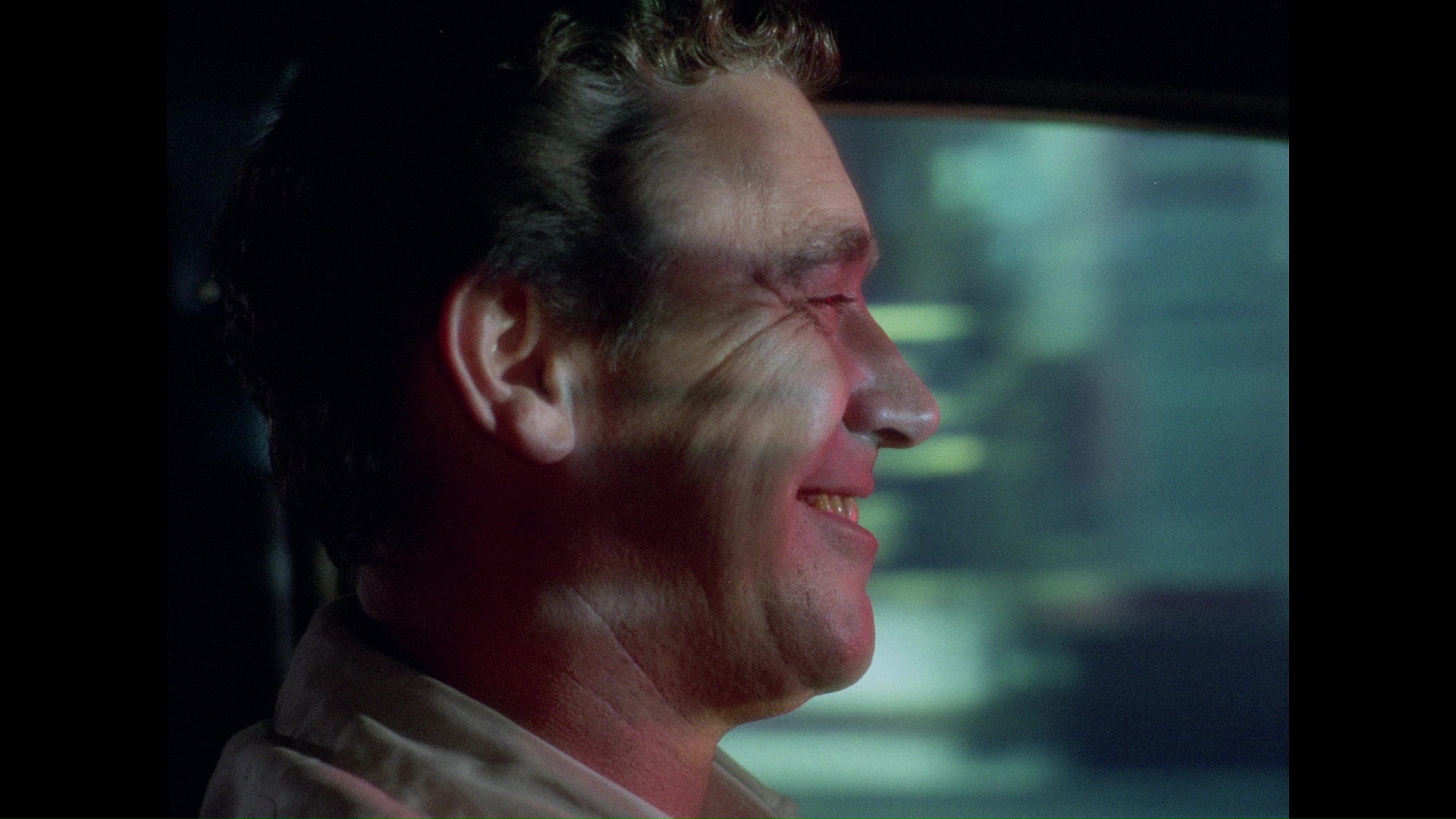 (15m34s) covers many of his memories of working on the film including a bit about Anderson and a longer focus on Richardson, "who was always talking about John Ford," during an opportunity to enjoy the "charming 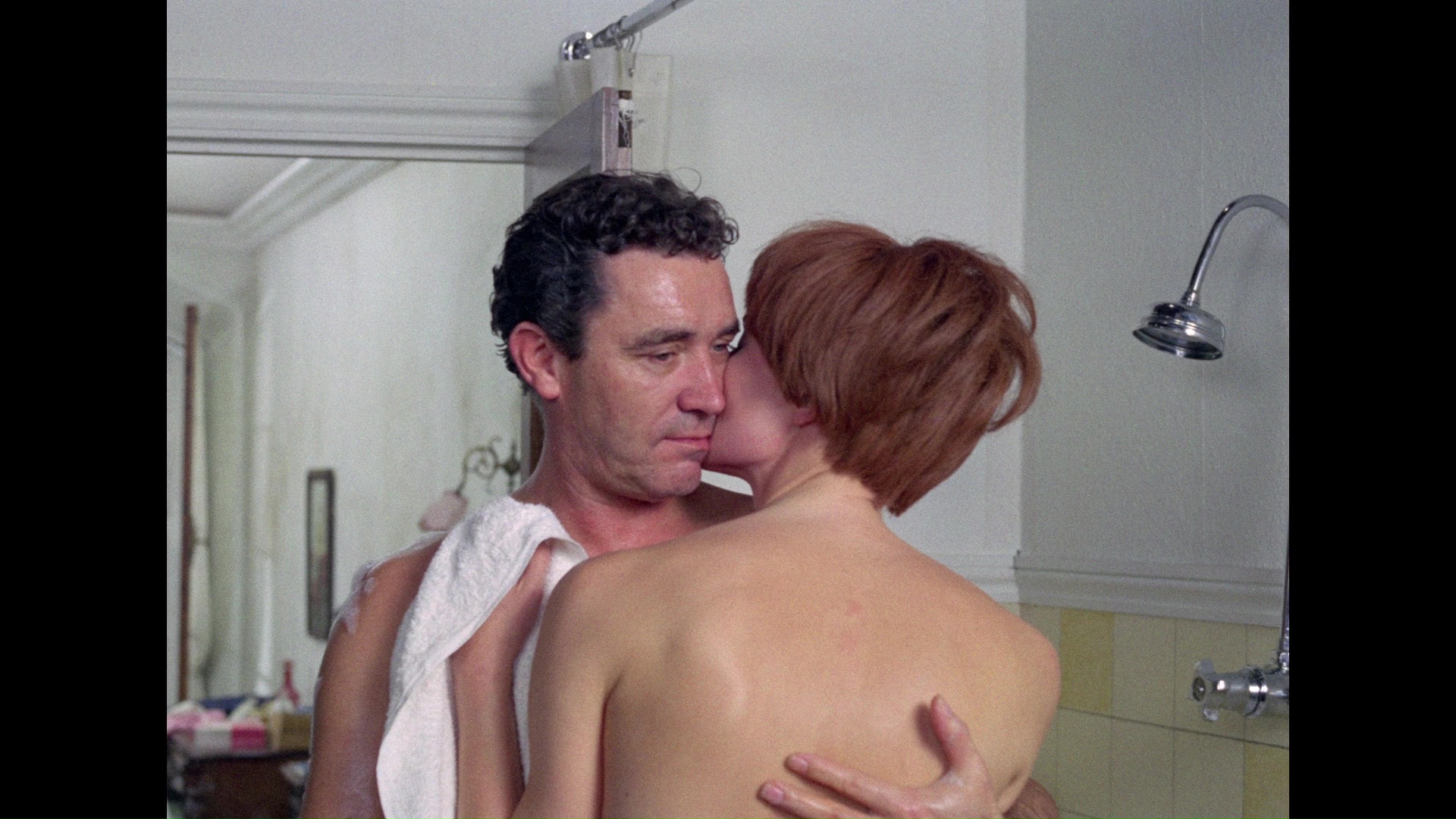 atmosphere" at Woodfall. A great interview with "Red and Blue" cinematographer Billy Williams (14m4s), who would develop many ideas here soon after into his incredible work on Women in Love, covers his path to his career after stints around the world (including the RAF) and his experiences on this film including resourceful lighting effects and troubleshooting a scene at Victoria Station. He also goes into the Ken Russell connection at the end via Woodfall's Harry Saltzman who got him onto Billion Dollar Brain. Finally, 1969's "No Arks" (7m50s) features Redgrave narrating an animated counterculture take on the Biblical story courtesy of political cartoonist Abu, complete with more shades of green and blue than you ever though possible. The liner notes booklet is illuminating as well courtesy of an overview of the anthology project by Sarah Wood, a Paul Fairclough about "Valkyrie" with some interesting thoughts on its subtle message about fascism (plus a quick note by editor Katherine Reynolds about the re-edit), a So Mayer analysis of "The White Bus," and a breakdown of "Red and Blue" by Philip Kemp.