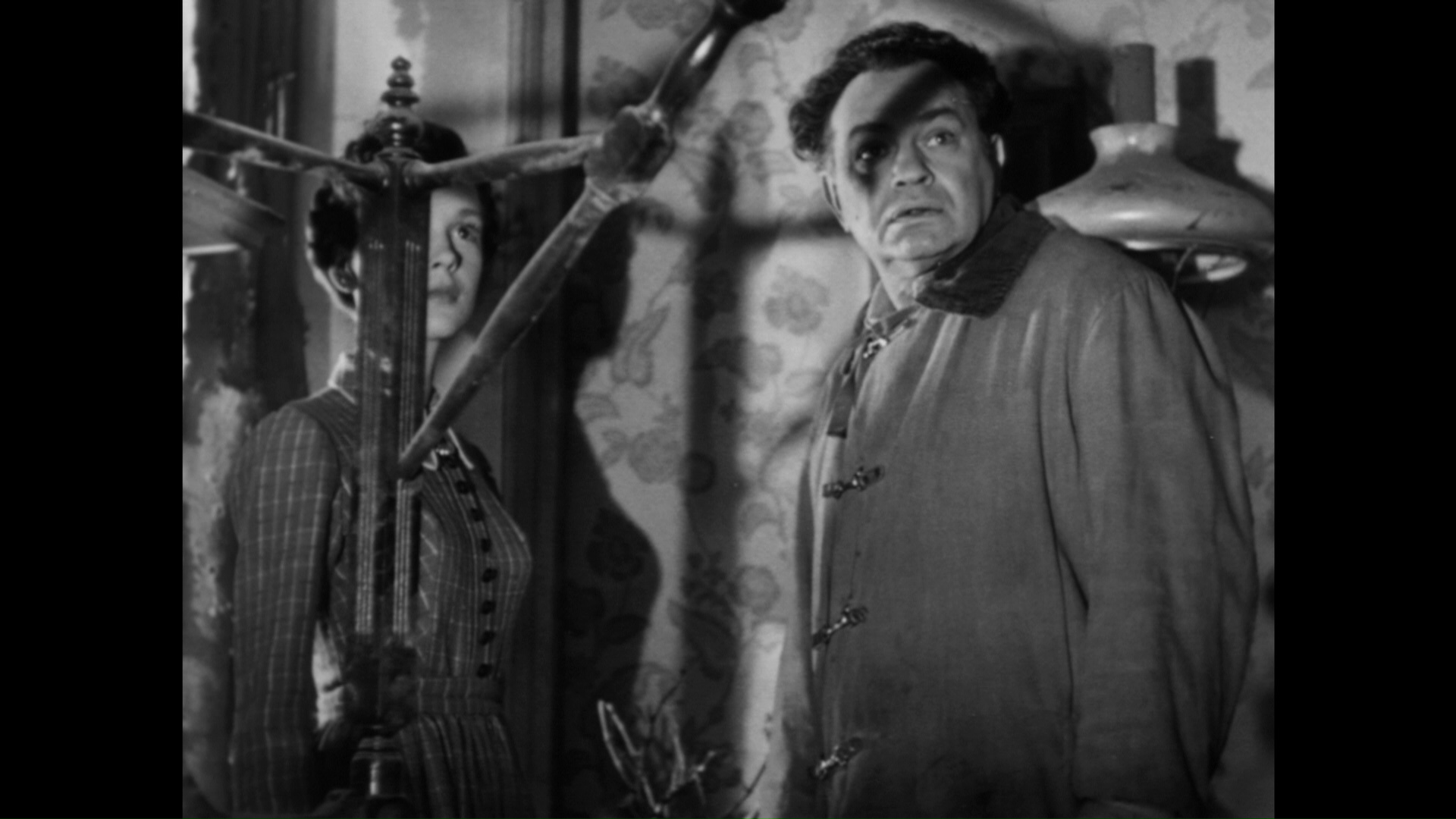 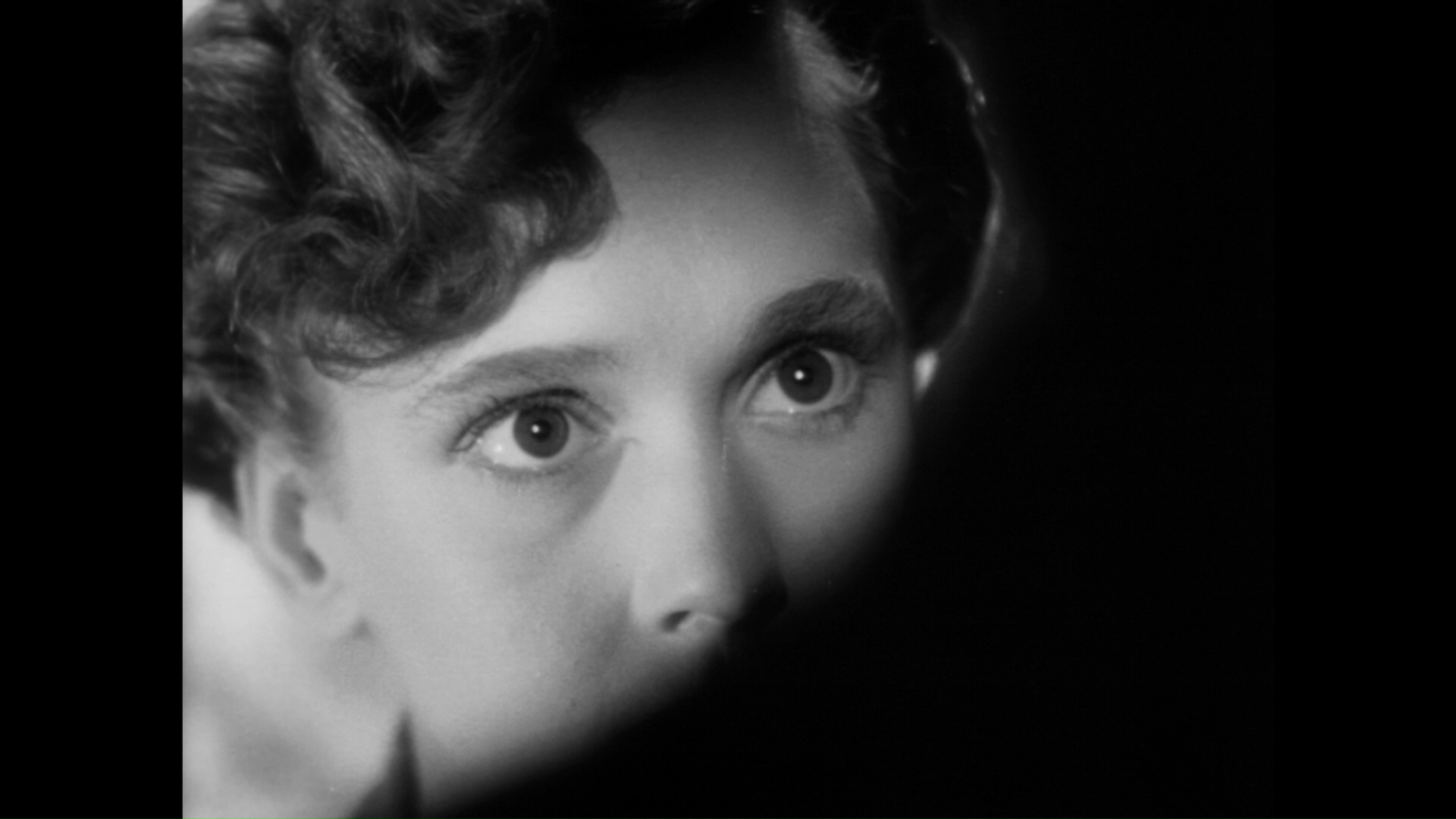 An eerie little gem that defies easy categorization, The Red House tends to get lumped in with other film noir titles of the postwar era but also works in elements of horror, backwoods drama, and teen romance for a dark fairy tale that just manages to tap dance around the requirements of the Production Code. Edward G. Robinson heads a very strong cast in another of his tortured protagonist roles shot in between two other postwar thrillers, Scarlet Street and Night Has a Thousand Eyes, all of which find him effectively hounded by forces beyond his immediate control.

In a small town surrounded by seemingly endless stretches of forest, Pete Morgan (Robinson) and his sister, Ellen (Anderson), have raised sweet young Meg (Roberts) since her parents abandoned her as a baby. Now in high school, Meg is dismayed to find Pete's age and his wooden leg turning out to be major liabilities to keeping their property running, so she enlists schoolmate Nath (McCallister) to come help out doing odd jobs and keeping the place running. That turns out to be a very problematic situation when Nath starts taking short cuts through the woods near an area Pete warns everyone to avoid, where an abandoned red house is supposedly haunted and filled with mysterious screams at night. Both Meg and Pete are intrigued but find their search for the house impeded by the romantic advances of fast sweater girl Tibby (London), who has her eye set on a private swimming date with Pete, and Pete's groundsman and privacy enforcer, studly bad boy Teller (Calhoun), who has his eye on 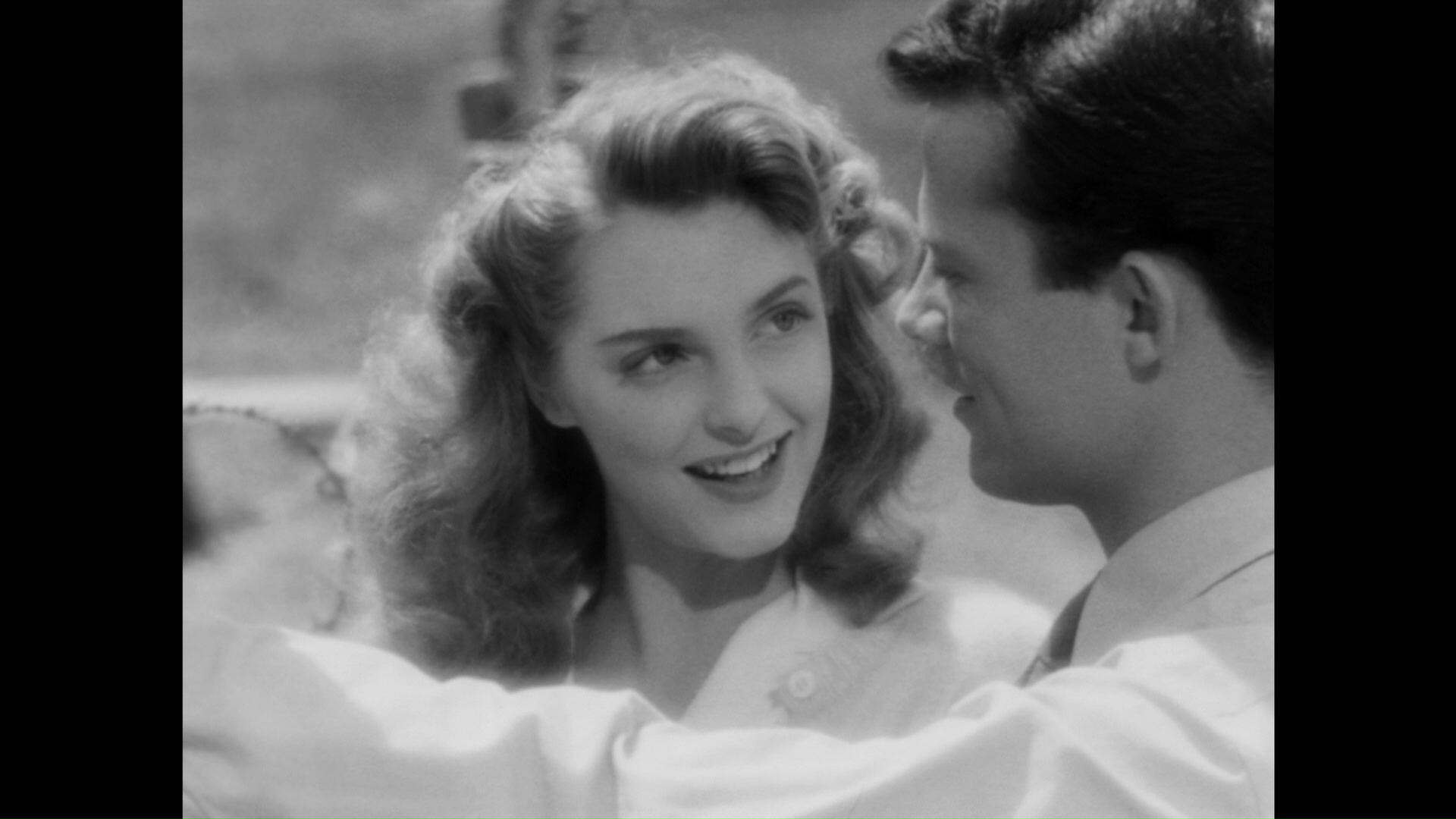 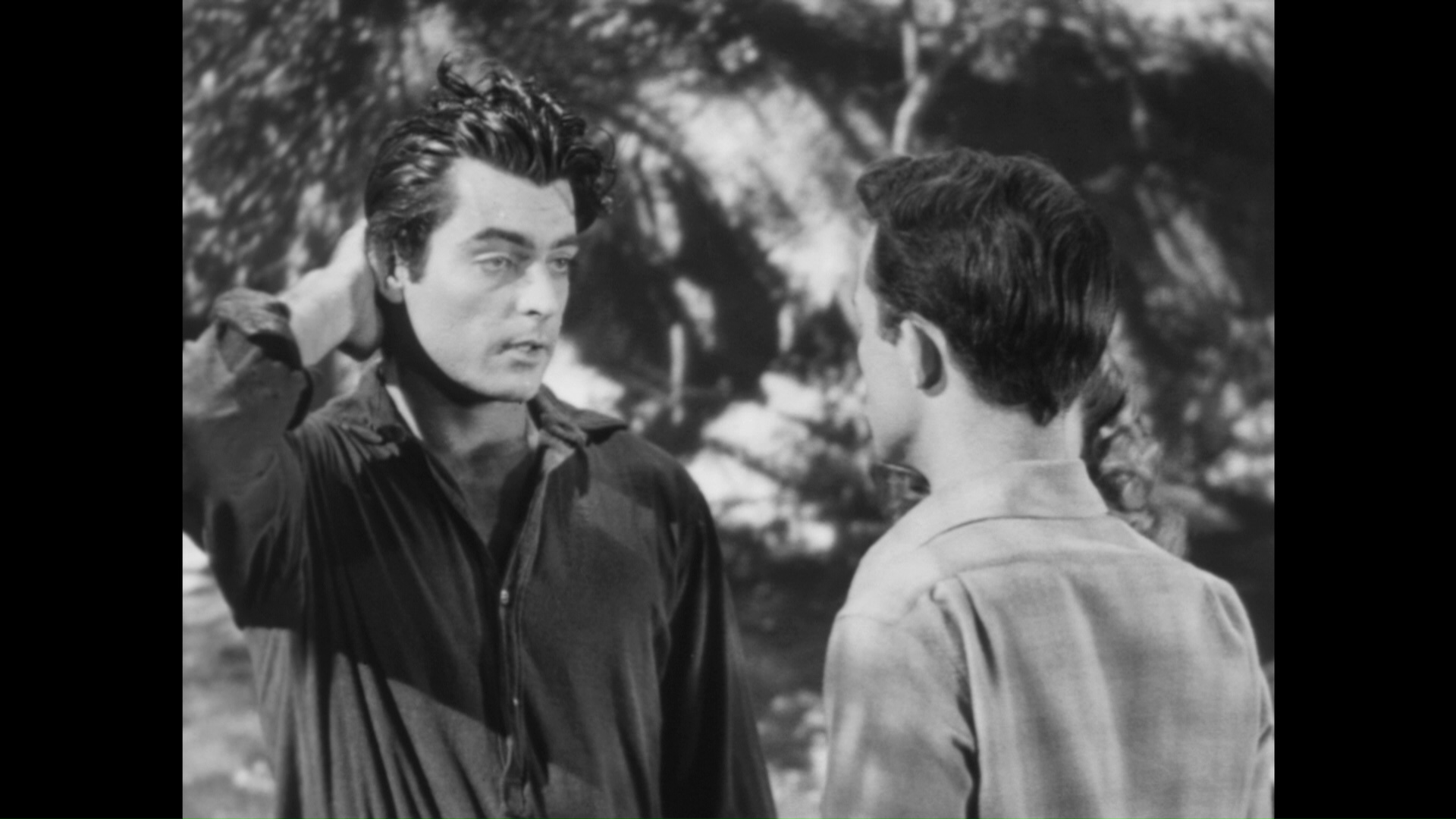 well. Their afternoon explorations in the woods continue to set Pete on edge until he asks Teller to bring a rifle along to scare off any trespassers, a decision that turns out to have catastrophic consequences. On top of that Pete starts to accidentally call Meg "Jeannie," a clue to the dark secret at the heart of the forbidden red house.

The actual mystery here isn't anything terribly surprising (and it's pretty much all given away at the one-hour mark), but the real power of this film lies in its strong atmosphere with a fine contrast between growing dread and delicate lyricism. Helping this combination immeasurably is one of the best scores by Hollywood golden age composer Miklós Rózsa, who pushes the spooky use of a Theremin here beyond his innovative work on Hitchcock's Spellbound a few years earlier. The very small cast is strong across the board, though Anderson (one of the finest actresses of her generation both on stage and screen, best known for Rebecca) is given surprisingly little to do. This is really Robinson's show for the most part, and while McCallister and Roberts (in her debut) do fine in roles that might as well have "good kids" stamped on their foreheads, it's really the smoldering chemistry between future sultry singer London and a young Calhoun (who would go on to become a western star and headline Motel Hell) that grabs your interest when Robinson's off screen. As usual the Code required any criminal activity to be punished (which means two major characters presumably end up in jail for what amounts to a tragic accident and getting in the wrong car at the wrong time), but the film manages to imply some pretty twisted undercurrents in the final third with huge dollops of psychological angst so popular among Freudians at the time. To top it off the actual climax is a real tour de force with some brilliantly inventive lighting and a fantastically staged bit involving an ill-fated car, all executed perfectly by director Delmer Daves (who would go on to famous westerns like 3:10 to Yuma and Jubal) and cinematographer Bert Glennon, who would go on to House of Wax and The Mad Magician. 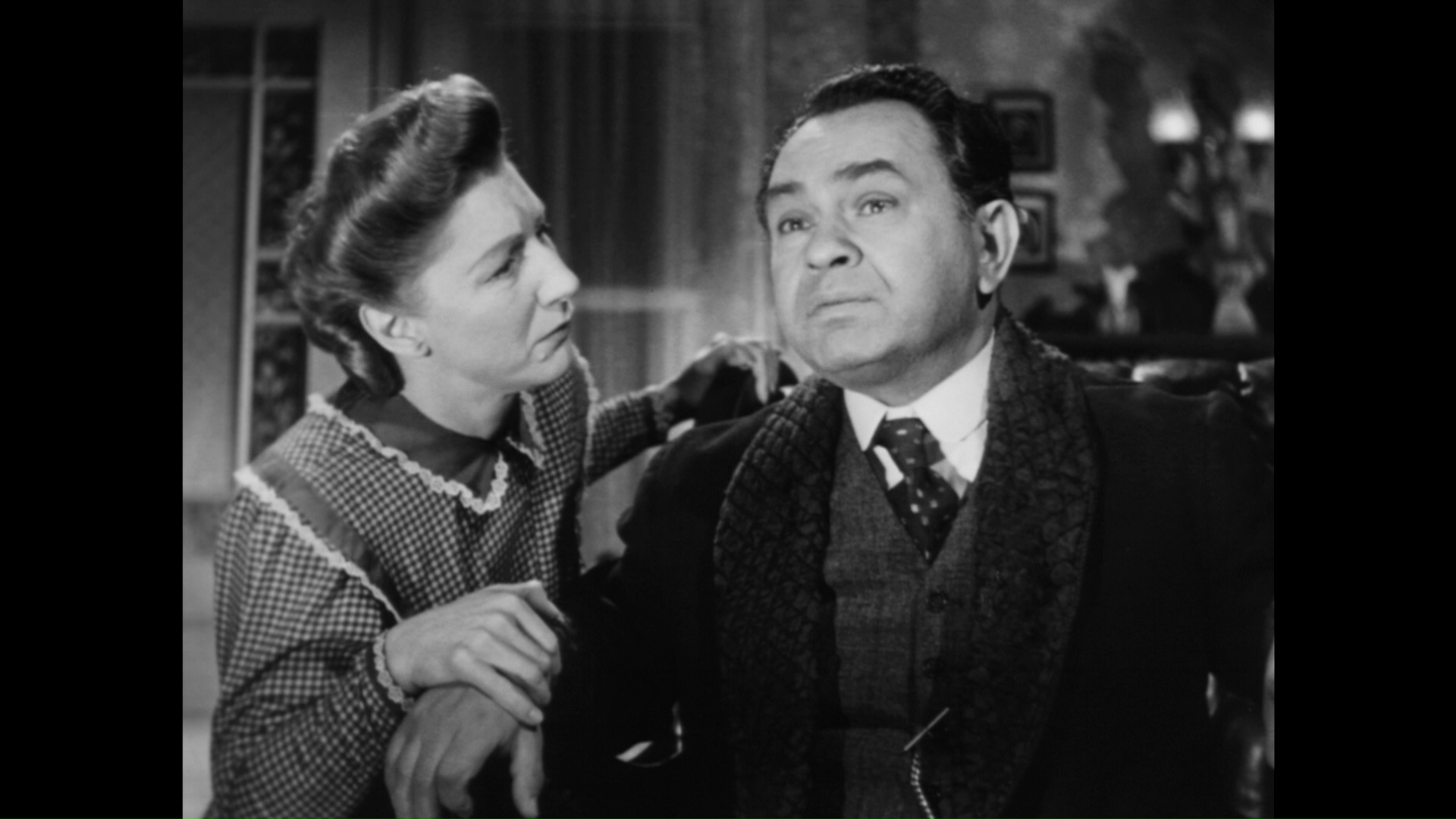 Though this was released theatrically by United Artists, a legal snafu sent it into the public domain where it's been issued countless times of VHS and DVD via 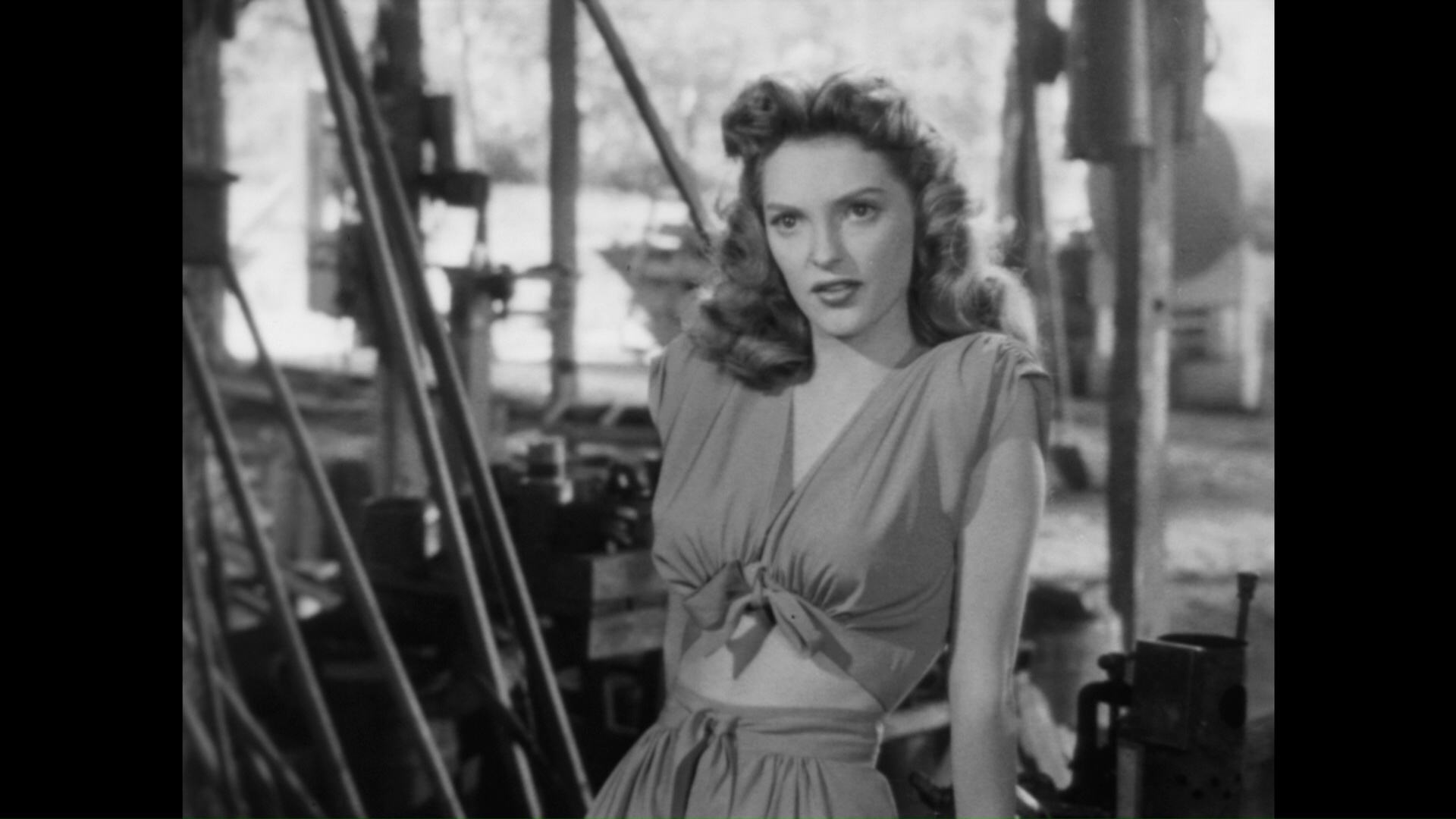 every notable PD outfit in the business. Most of these were culled from very dark, blurry TV prints with almost inaudible muffled audio, though a watchable version finally popped up on Blu-ray and DVD from HD Cinema Classics in 2012. However, that release was still marred by the company's insistence on drowning its transfers in excessive video noise reduction, rendering everything soft and waxy, while the sound was still pretty lousy. (On top of that it features a now infamous audio commentary by William Hare, which adds virtually no information about the film beyond a blow-by-blow description of its action.)

Fortunately there's a better option out there sold directly by The Film Detective, whose BD-R releases continue to deliver well beyond what anyone might expect (in line with their earlier work on The Bat and Bucket of Blood). By normal Blu-ray standards this one will seem a tad soft and underwhelming, but for this film it's virtually miraculous what they've pulled off. The often powdery, delicate cinematography is a tricky beast anyway, but this one manages to deliver far more detail and a more robust, deep black scale than ever before; element damage is minimal, which just some minor flecks and scuffs popping up in the third reel or so. More importantly, the DTS-HD MA mono audio is a massive improvement over any other version out there; the Rosza score finally has some real presence, and the dialogue is actually clear as a bell at last. Optional English subtitles are also included.