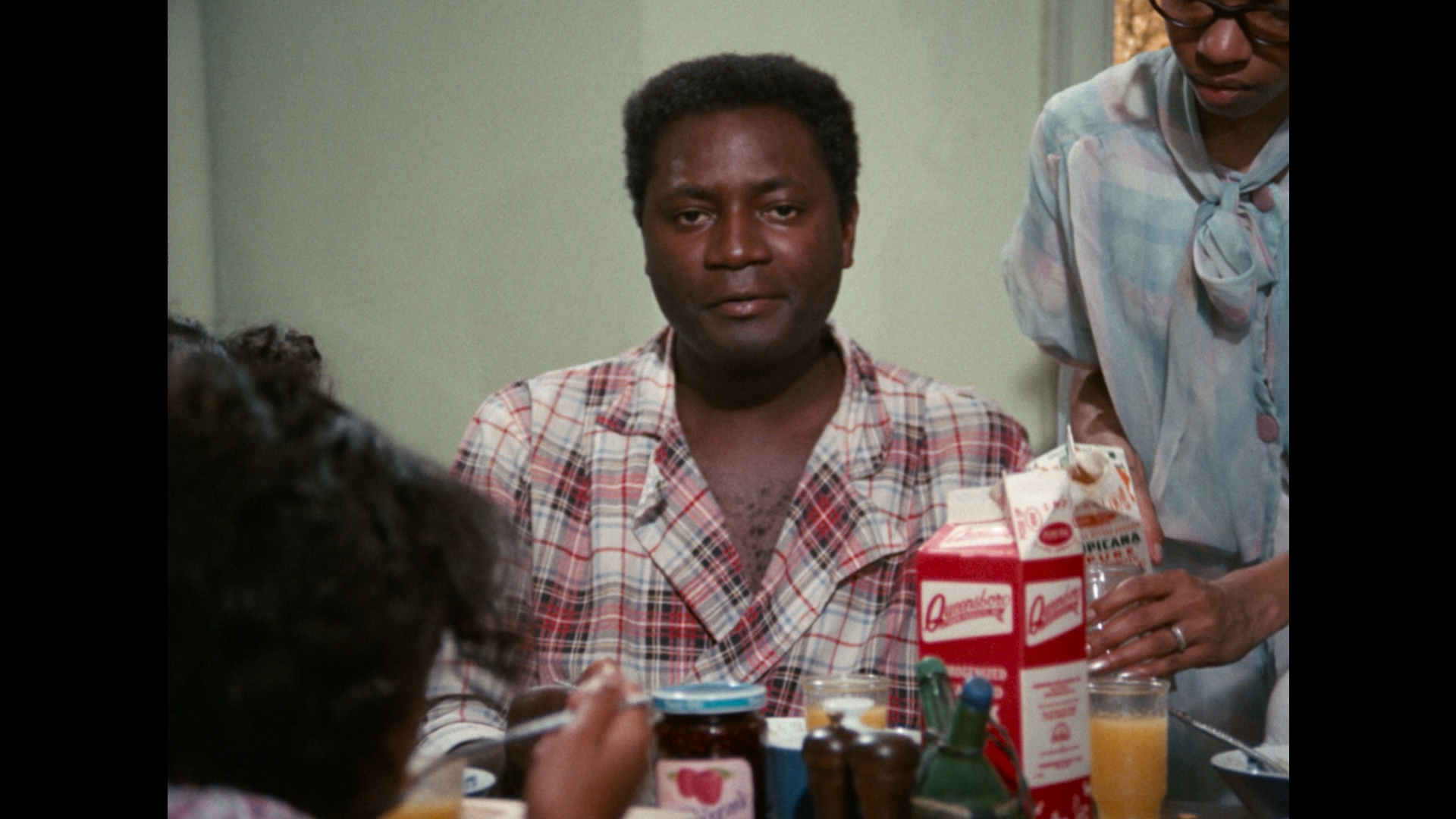 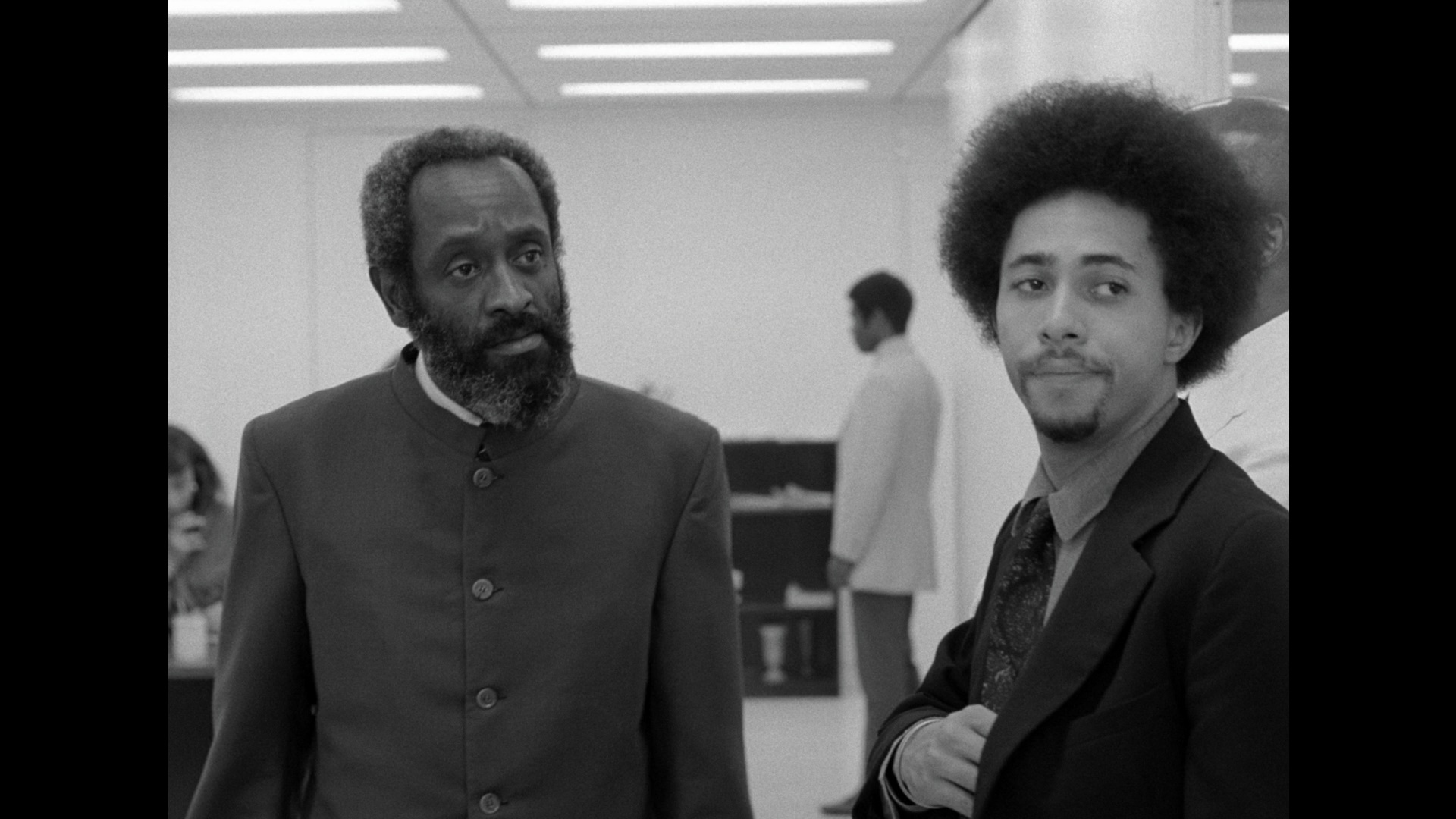 Robert Downey (now known as Robert Downey Sr. for obvious reasons), Putney Swope is perhaps the weirdest title to find commercial success during the late '60s. On the surface it's a goofy, ramshackle satire of social corruption and inequality, but there's a great narrative hook to hold it all together thanks to a crafty overall concept that tackles the touchy state of race relations and escalating capitalism in late '60s America.

When the head of a Madison Avenue ad firm dies, the board members -- each thinking he's the only one who would cast a dissenting vote -- unwittingly elect their sole black member, Putney Swope (Johnson, voiced hilariously by Downey himself), as their new leader. He proceeds to fire almost everyone and starts off with the best intentions, renaming the firm Truth and Soul Inc. and refusing any clients tied to cigarettes or the war. However, the nature of the marketplace proves more complicated than he could have imagined, and it becomes harder to keep body and soul together.

Of course, the real claim to fame for this film is its outrageous commercial parodies, including a 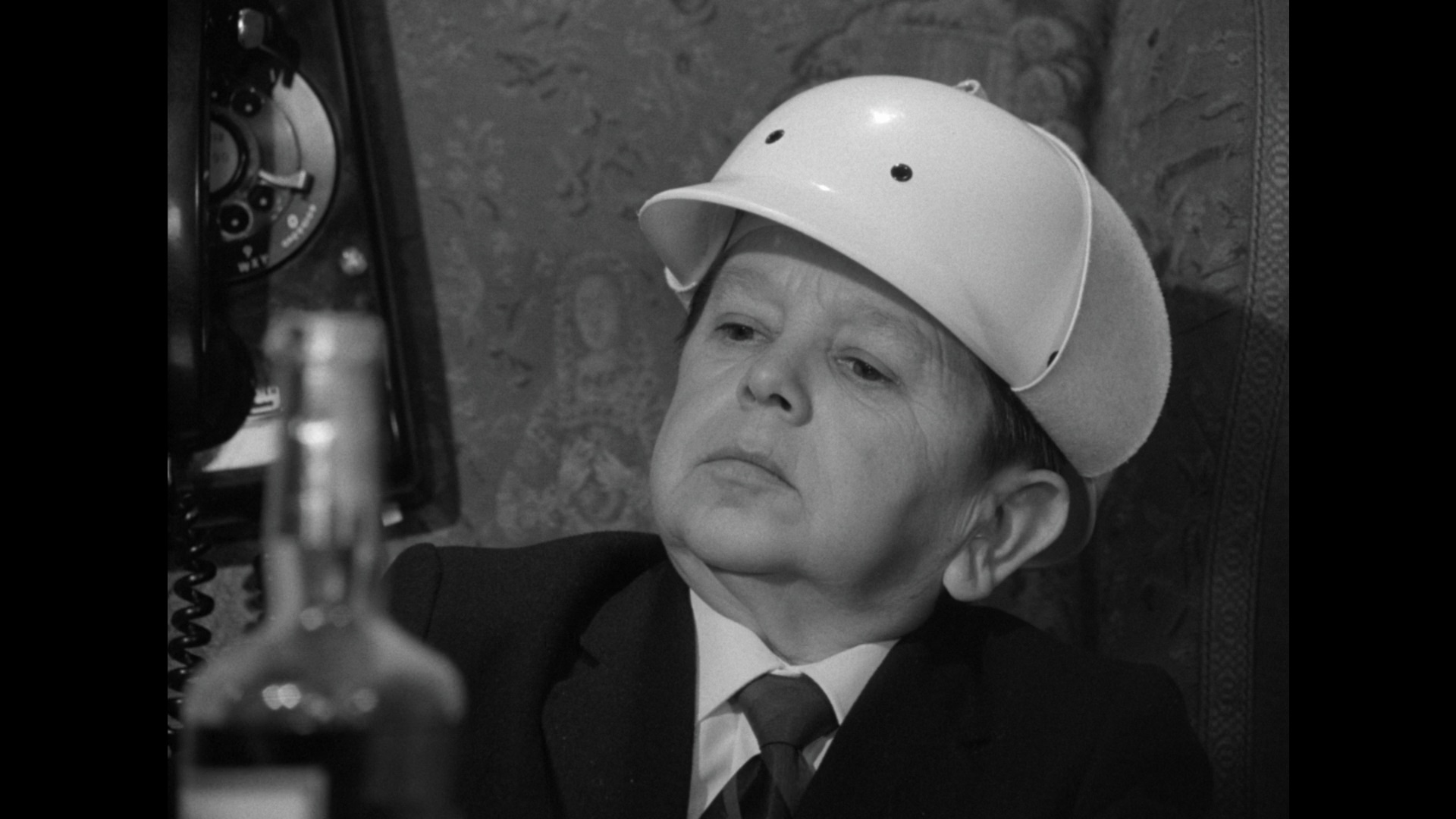 fantastic pimple cream ad (in color and featuring two of the original Broadway cast members from Hair), along with such odd sights as Antonio Fargas 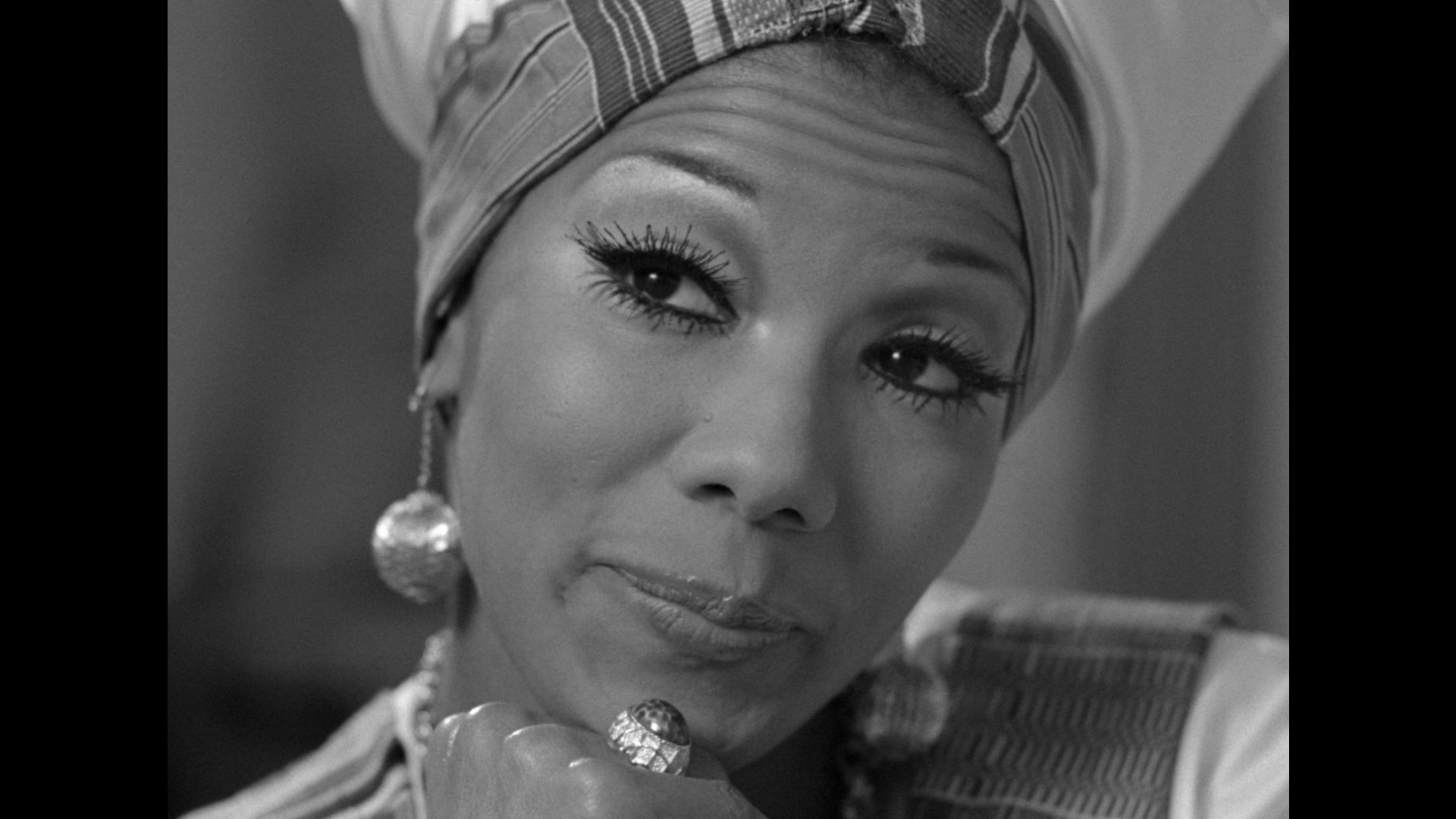 (way before Foxy Brown and Starsky & Hutch) going anarchist in sheik garb. It's still amazing how much this film has been imitated over the years, from the silly sketches of Kentucky Fried Movie and The Groove Tube to today's improv-based sketch comedy, but no one else has ever come up with something quite like this.

The 2019 Vinegar Syndrome dual-format Blu-ray and DVD edition actually marked the fourth time around for Putney Swope on a digital home video format, with a history going back to a full frame release from Rhino in 2001 from a very dated, interlaced VHS-era master (not to mention some pretty bad new cover art) and a remastered 2006 version from Home Vision. Yours truly had the unique opportunity of doing a commentary with Downey for that one, which proved to be a challenging experience in many ways but yielded some worthwhile information here and there. After that it was issued again with no extras by Criterion's Eclipse line as part of a 2012 DVD set, Up All Night with Robert Downey Sr., packaged with Babo 73, Chafed Elbows, No More Excuses, and Two Tons of Turquoise to Taos Tonight. 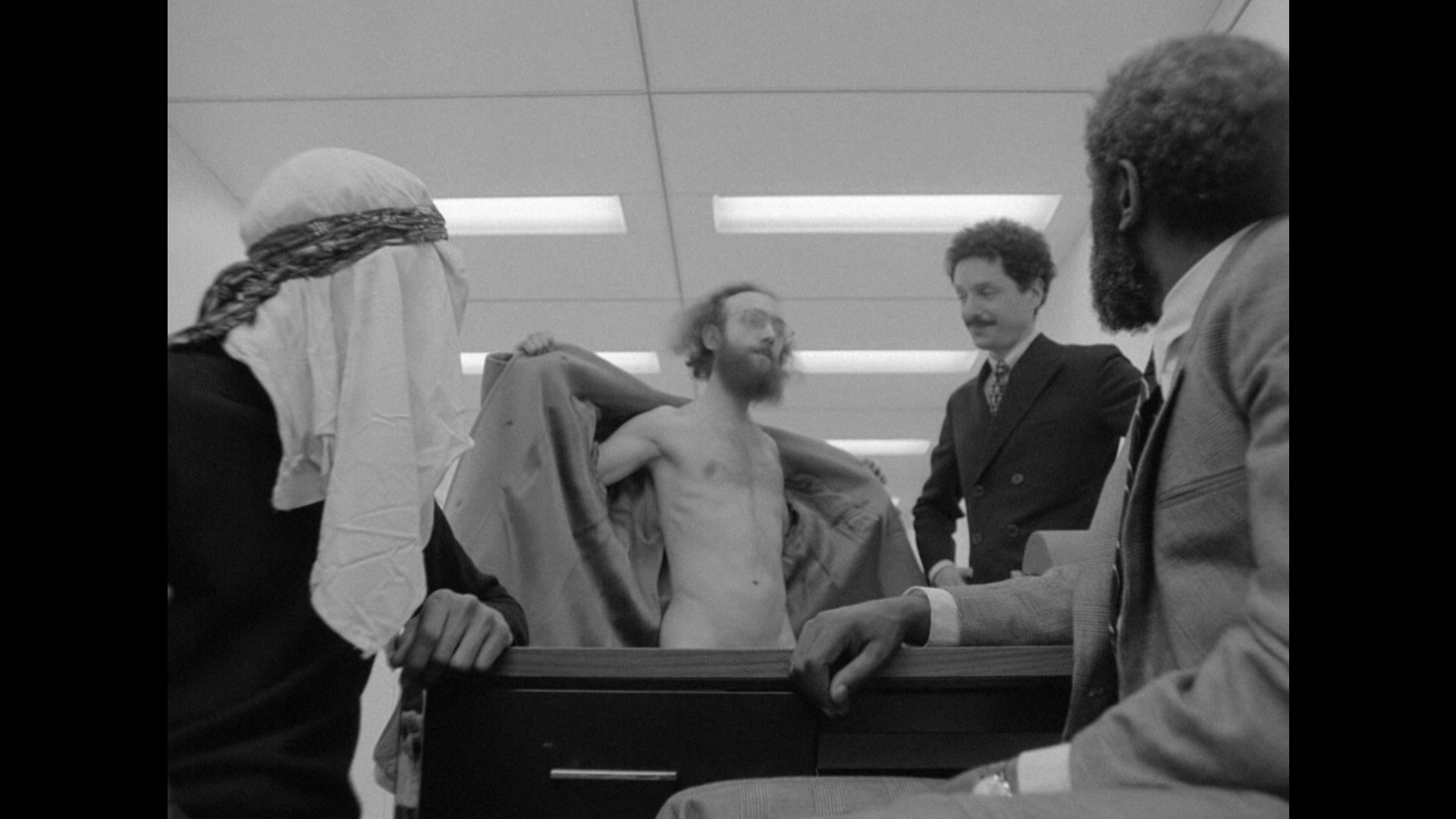 Vinegar Syndrome edition easily marked the most elaborate presentation of the film in the U.S. to date, complete with a shockingly excellent transfer from a new 4K restoration created by the Academy Film Archive and the George Lucas Family Film Foundation. The aspect ratio of this film has been a somewhat 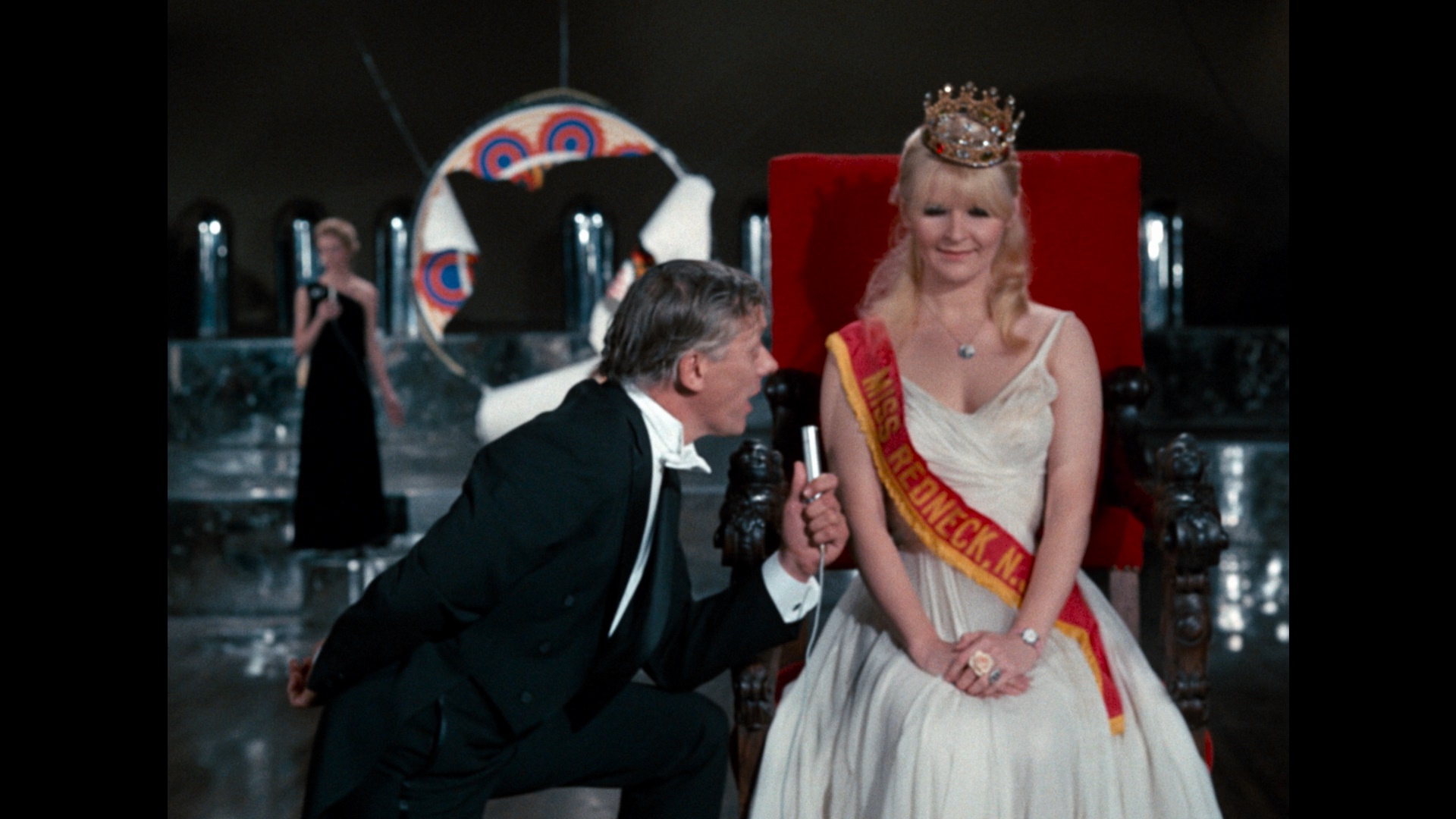 tricky issue over the years; it was shot 1.33:1 and more or less left safe for masking up to 1.85:1 in theaters, though the main titles have always been 1.33:1 on every version on home video regardless of any other variations. The Vinegar Syndrome transfer opens the film up completely to 1.33:1 throughout, which seems like the wisest choice given the tightness of the compositions. The English DTS-HD MA 1.0 mono track is also pristine (considering the ridiculous nature of the original sound mix), and optional English SDH subtitles are provided.

The prior Downey track is ported over here, though new viewers would be better off starting with a new, second audio commentary by Sergio Mims, who previously did honors on Penitentiary and Sweet Sweetback's Baadassssss Song. He really knows his stuff and lays out plenty of context for this film as part of an ongoing run of satires on the world of advertising, the future Hollywood contributions of some participants, the impact of 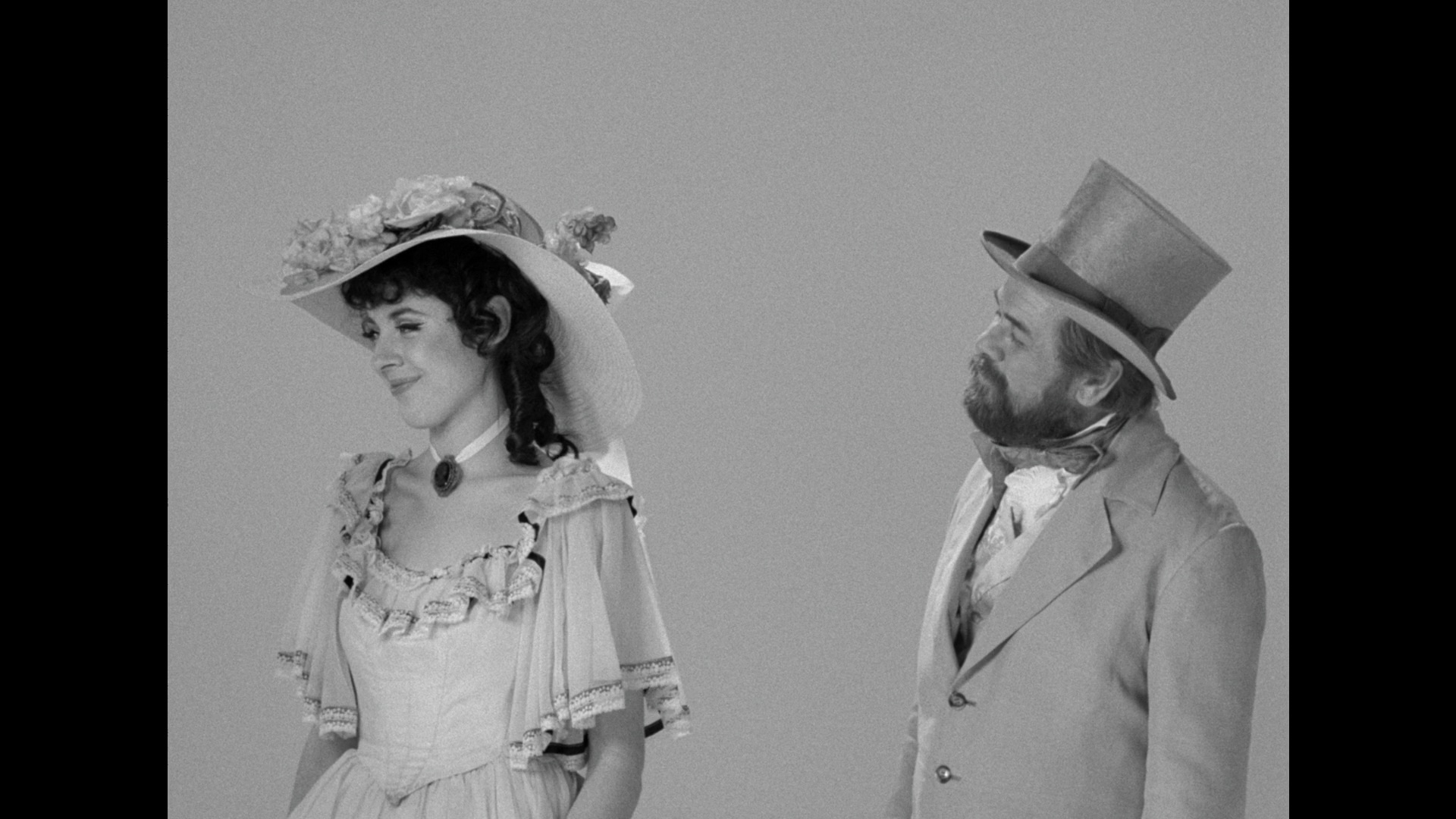 Broadway and other stage productions of the era (including the casting of Fargas), the nature of American politics at the time, the issues inherent in trying to please everyone in black cinema, and ties to films all the way up to Boogie Nights. You also get video interviews with Downey from the 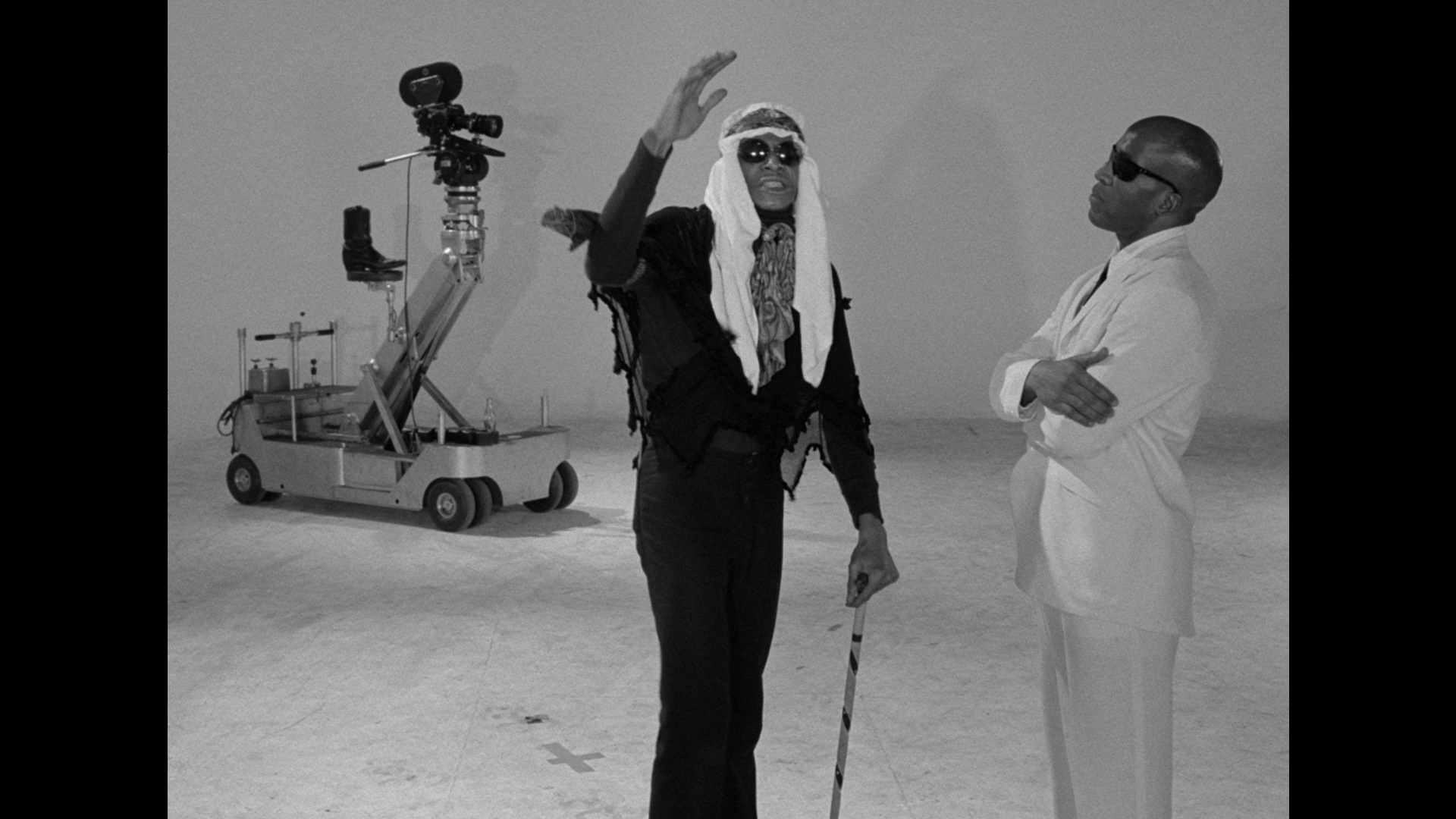 2001 Rhino disc (16m8s) and 2008 (11m32s) about how his background at a film house led to this film and his own views on filmmaking at the time, as well as the loose and free nature of productions at the time. He's also present for a very lo-fi 2005 Q&A at the 2005 Philadelphia Film Festival (25m13s), which covers much of the same territory but with far queasier camerawork. Also included is an audio interview with cinematographer Gerald Cotts (19m41s) conducted by Brad Henderson, chatting about the process of mounting Downey's first "normal" movie, the perceived danger of the subject matter, cinematic visual influences (or lack thereof), and more. The very basic theatrical trailer is also included along with a gallery (6m) of promotional material and press coverage.

In 2022, Indicator gave Putney Swope its inaugural U.K. Blu-ray presentation featuring the same excellent restoration looking and sounding pretty much identical, which is good news. Ported over here are the Downey and Mims commentaries, the 2001 and 2016 Downey interviews, the Cotts 2019 interview, and the original trailer, here with an optional commentary by film producer Dan Ireland. Also included is a 1-minute collection of two radio spots, plus a gallery of 26 images. The limited edition also comes with a booklet featuring a new Christina Newland essay, an archival article from the Los Angeles Free Press, a long archival interview with Robert Downey and filmmaker Jonas Mekas, and sample critical responses. 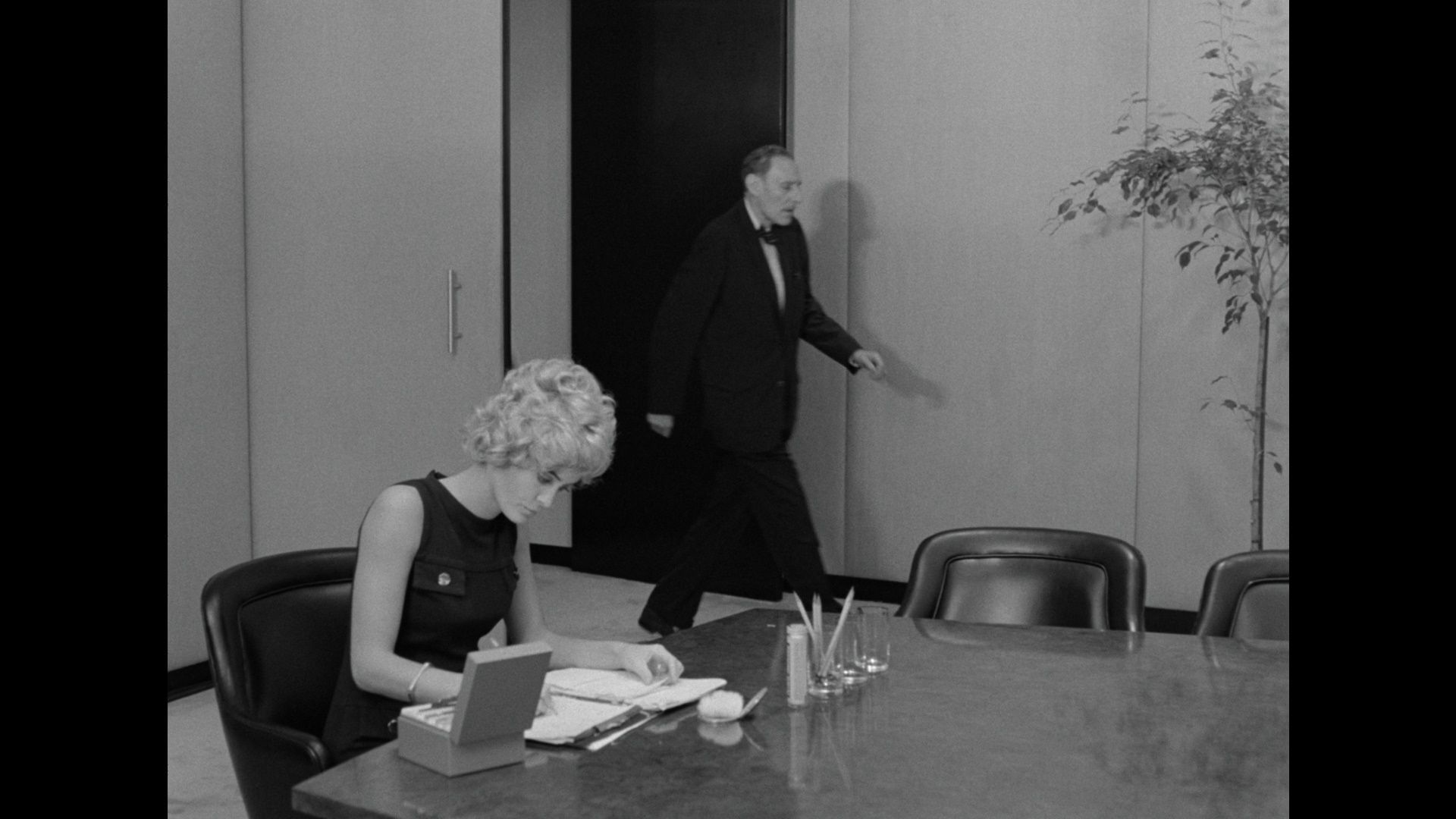 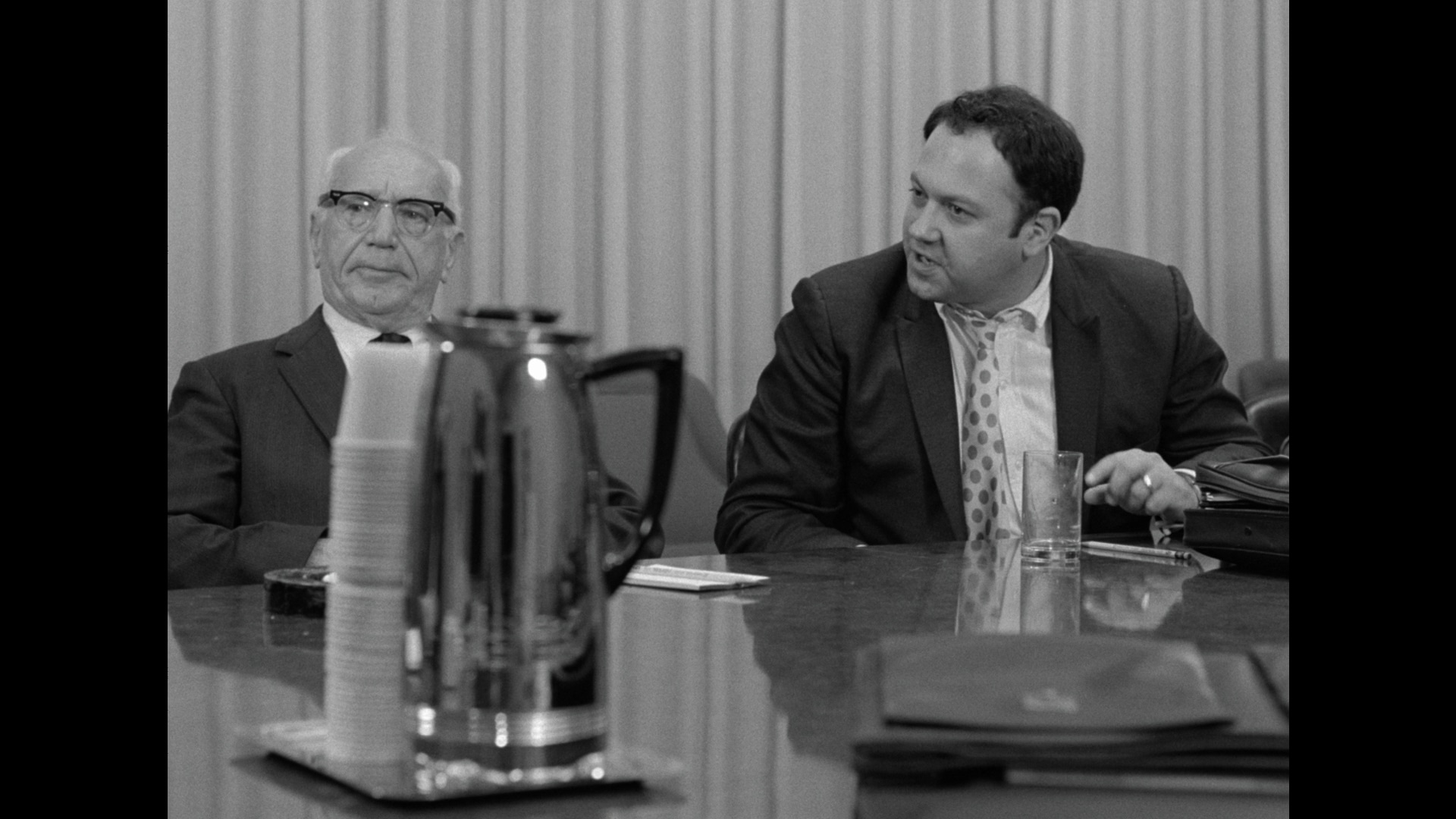 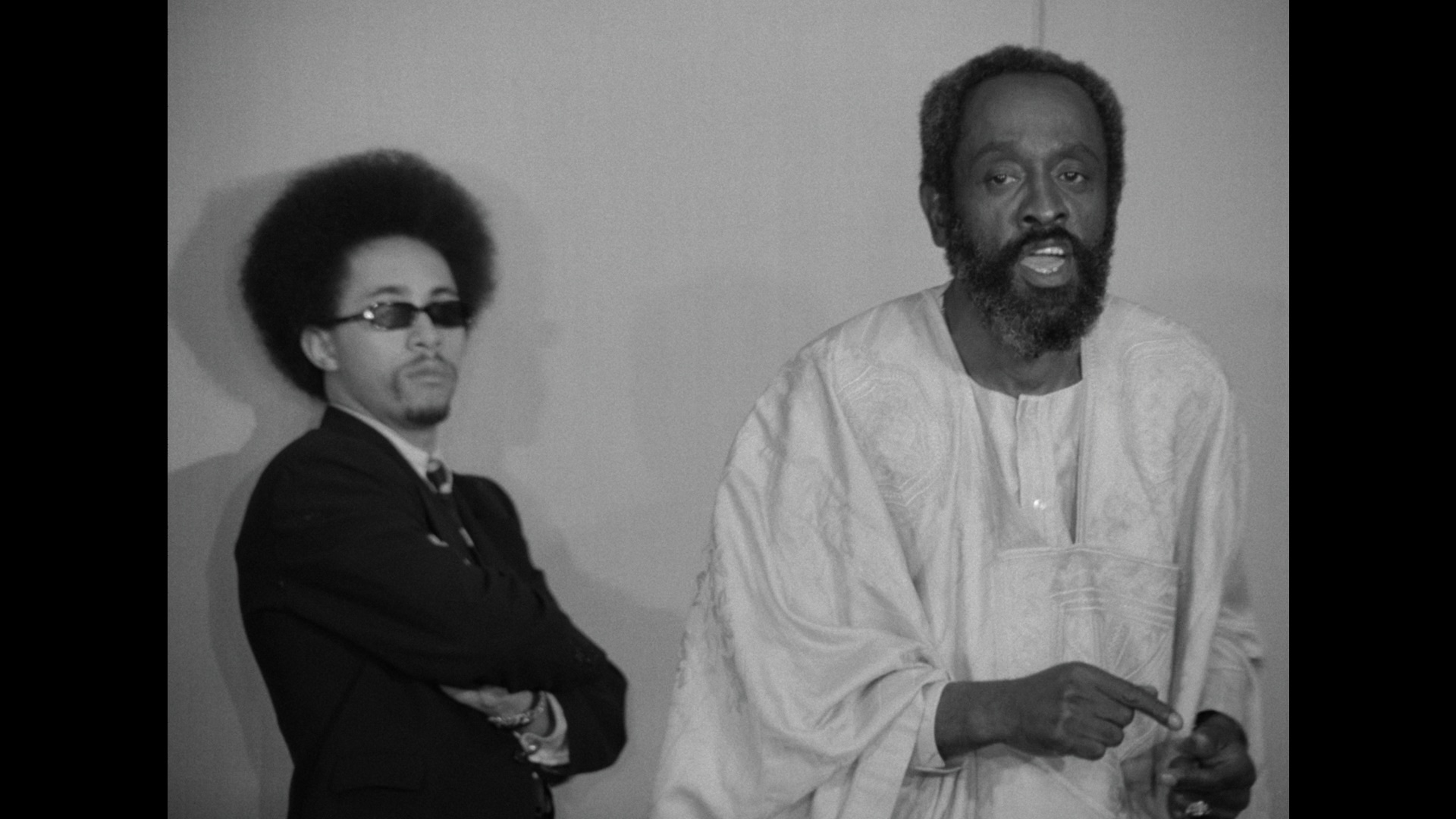 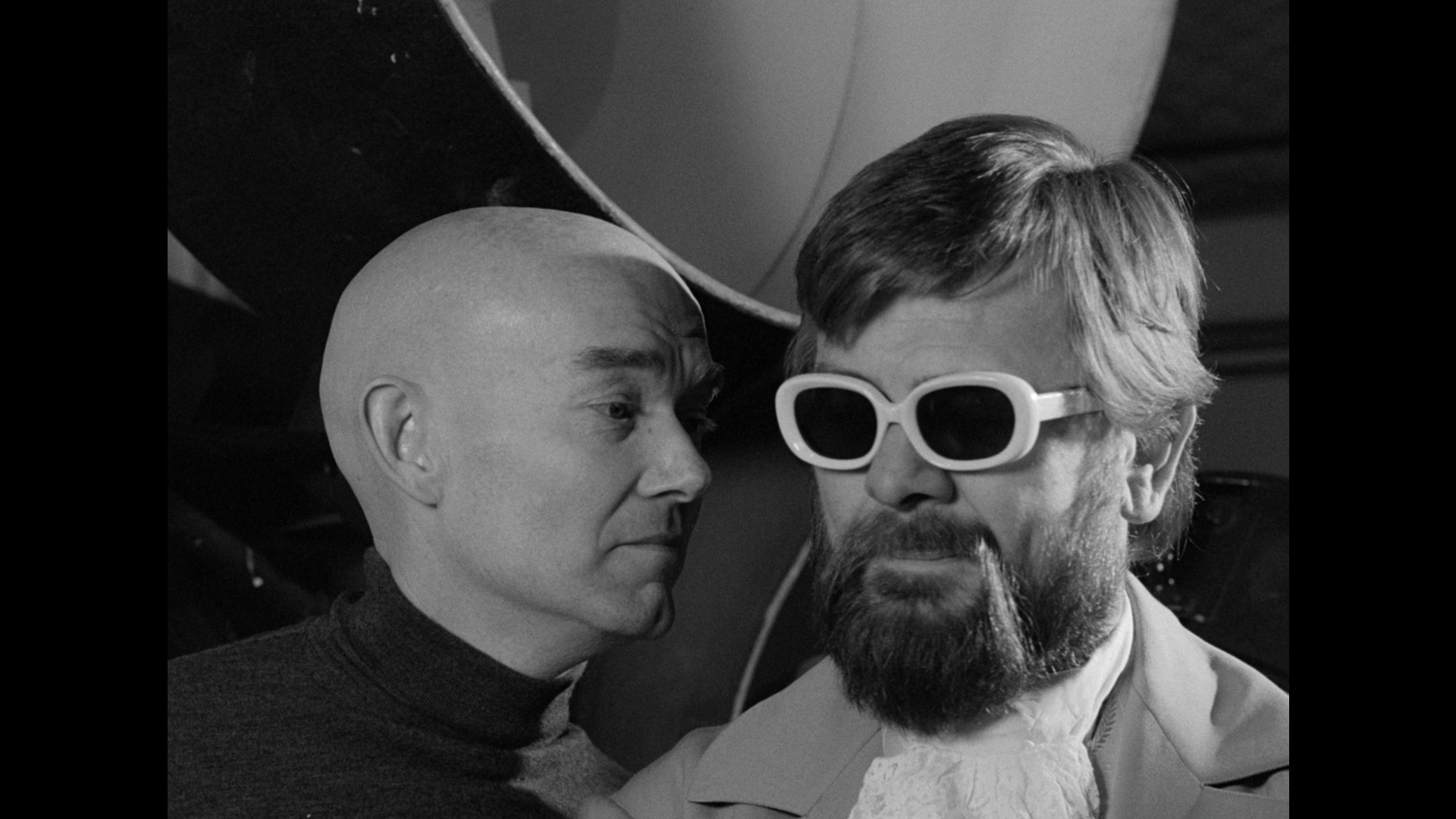 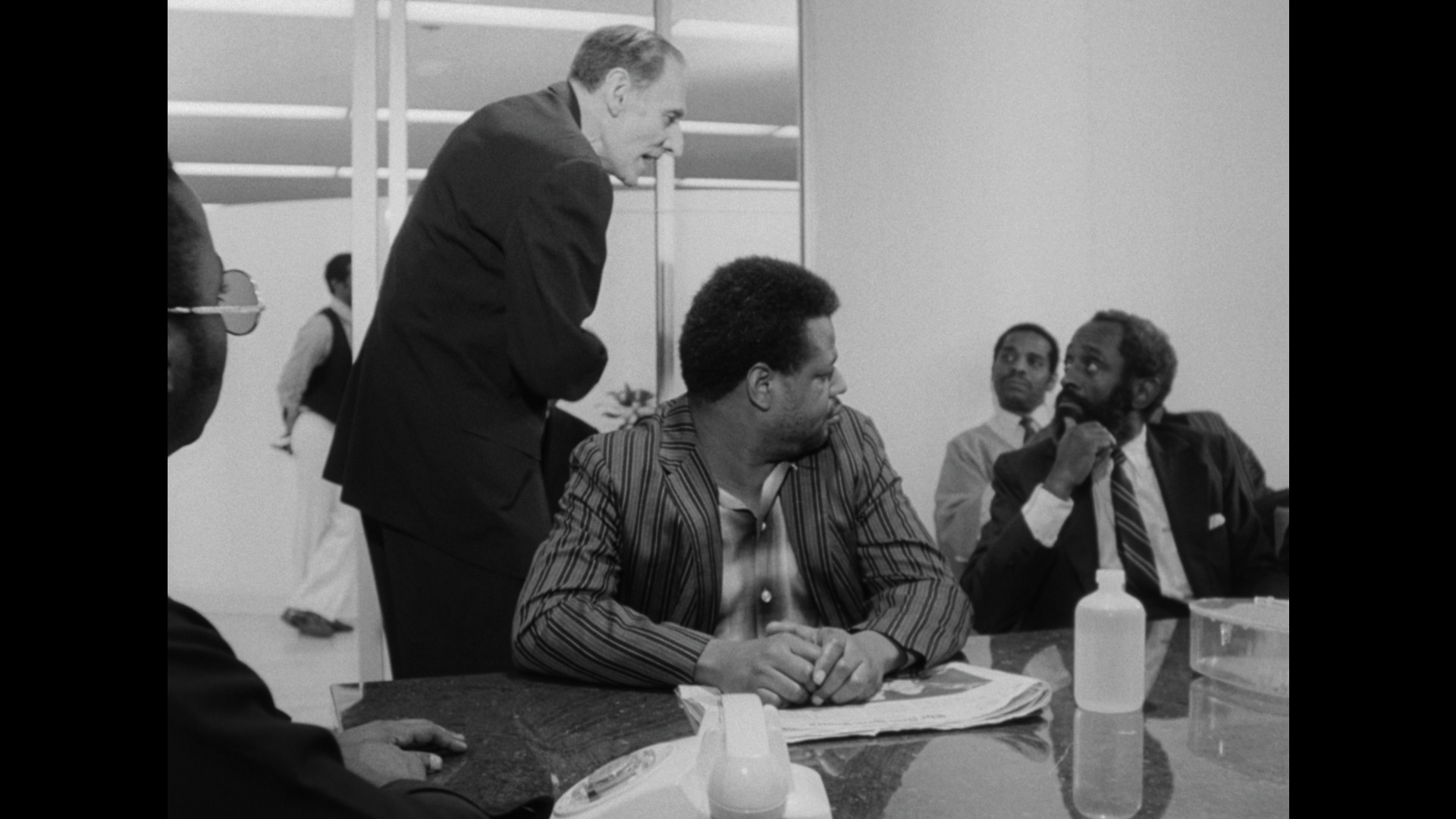 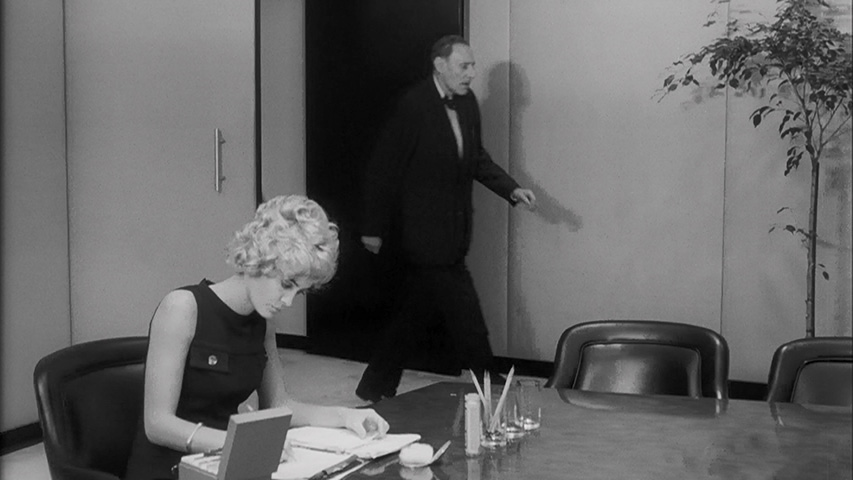 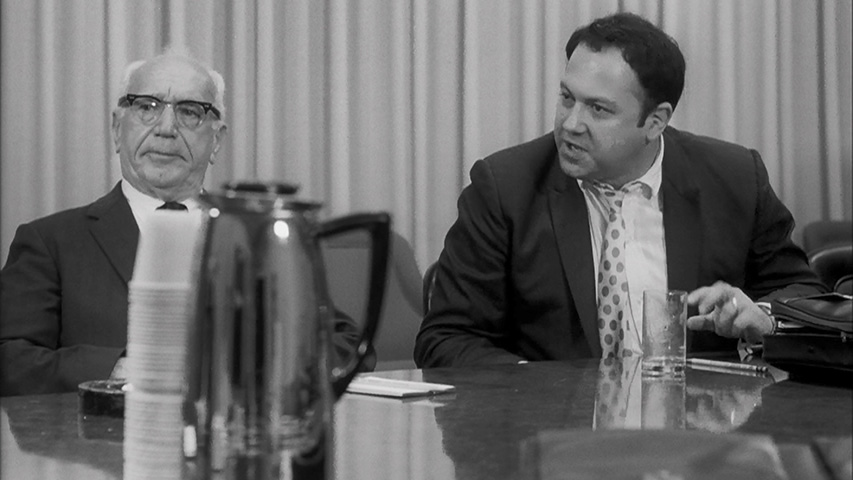 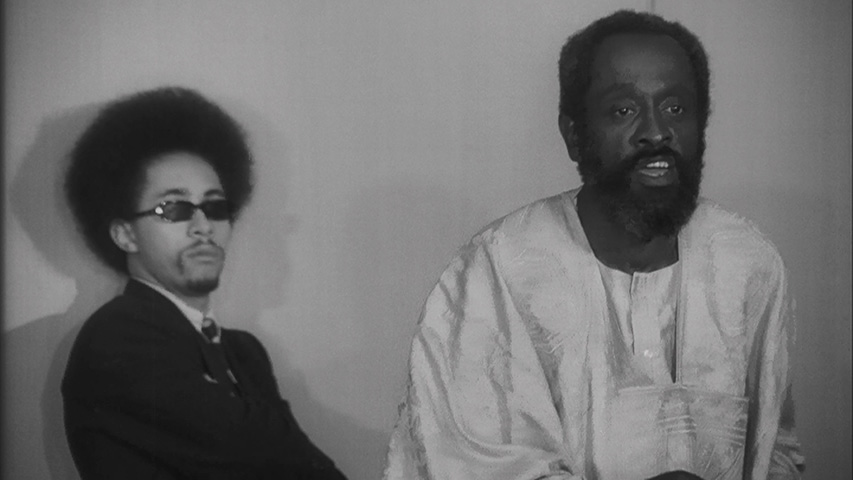 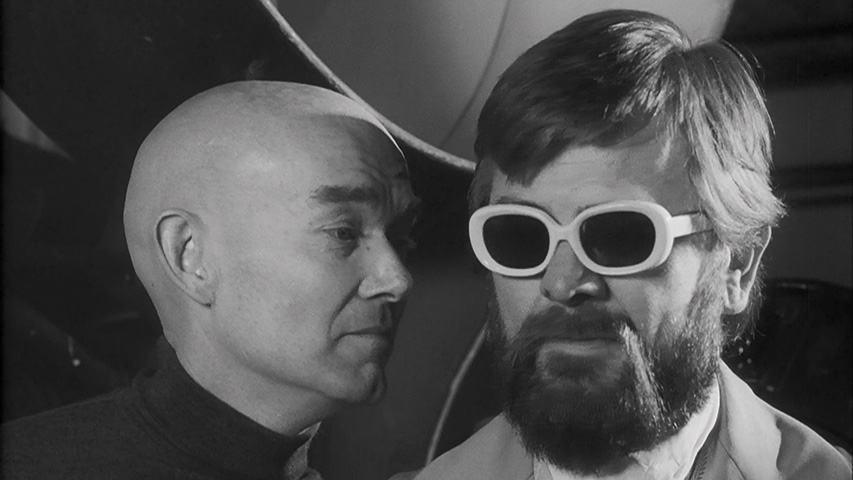 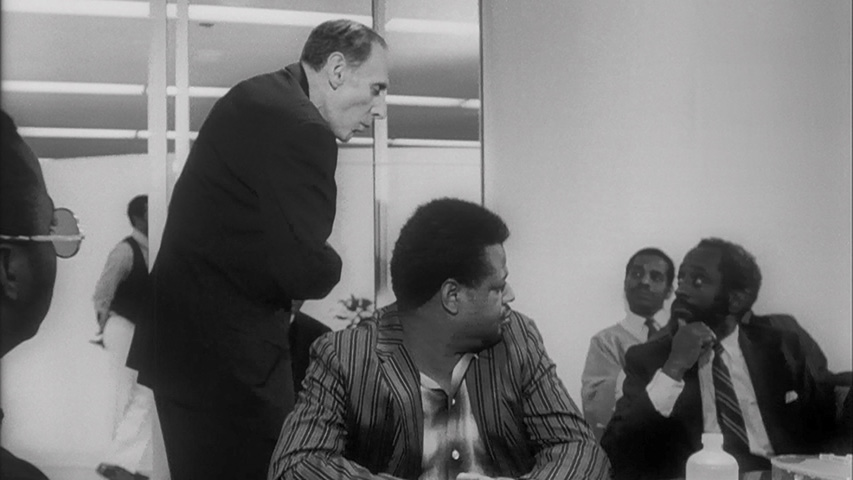 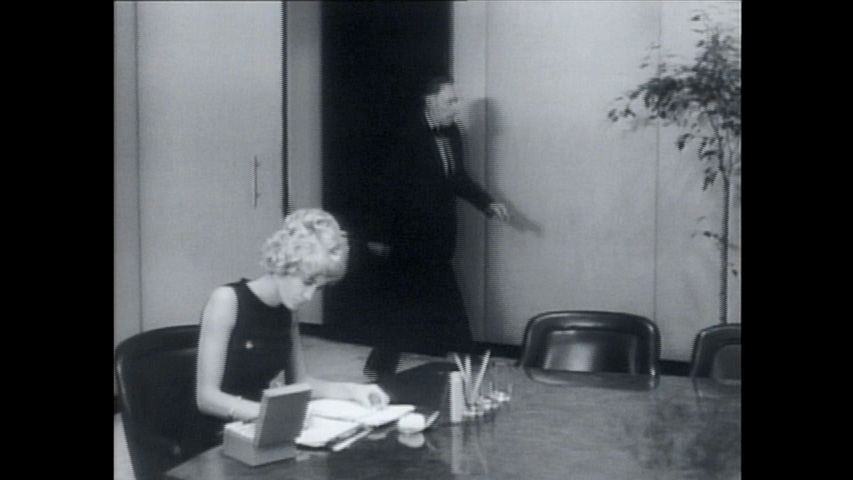 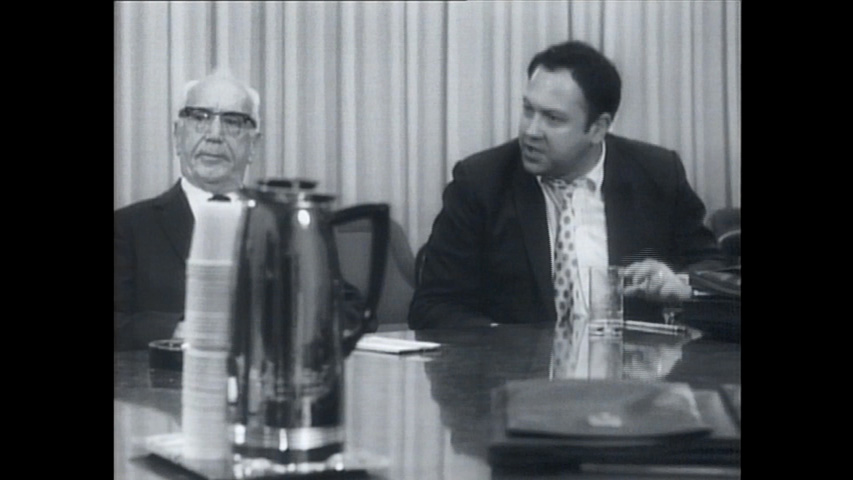 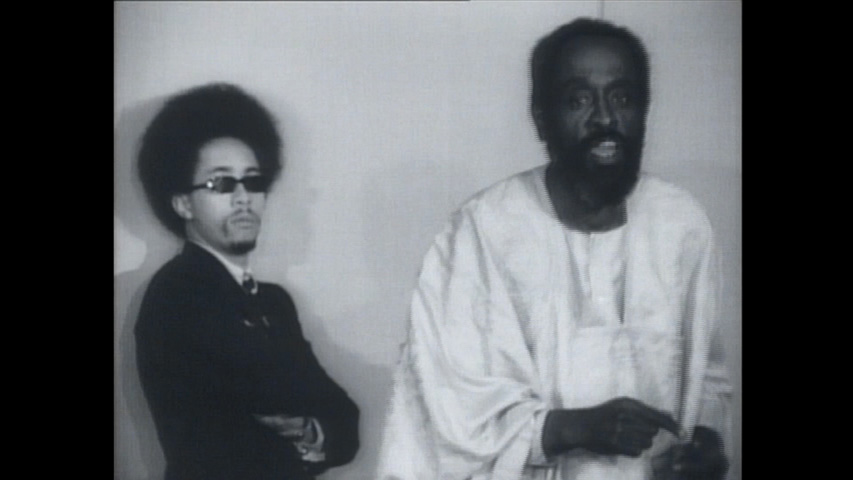 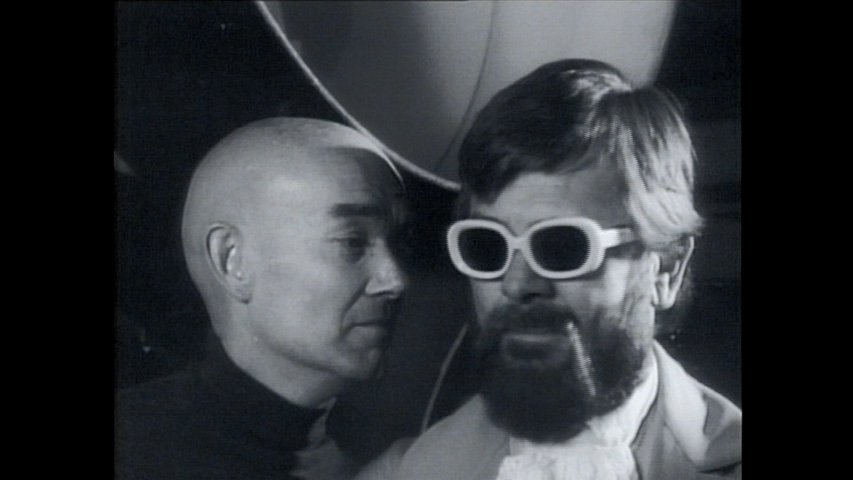 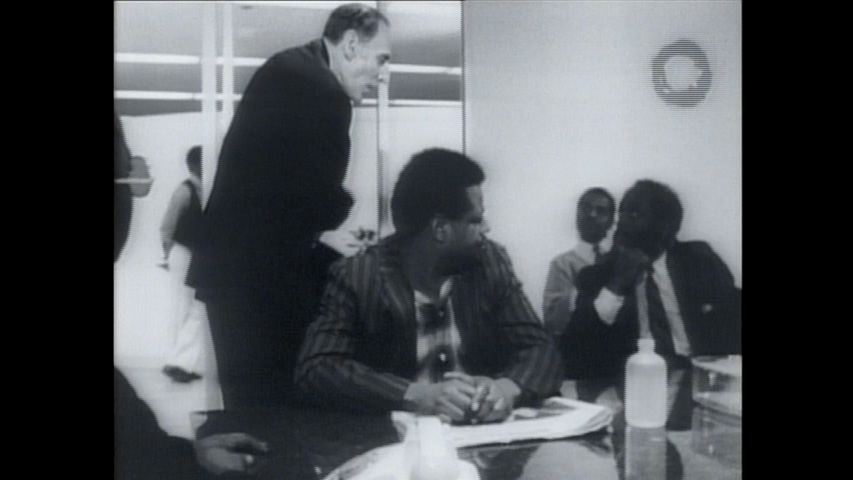