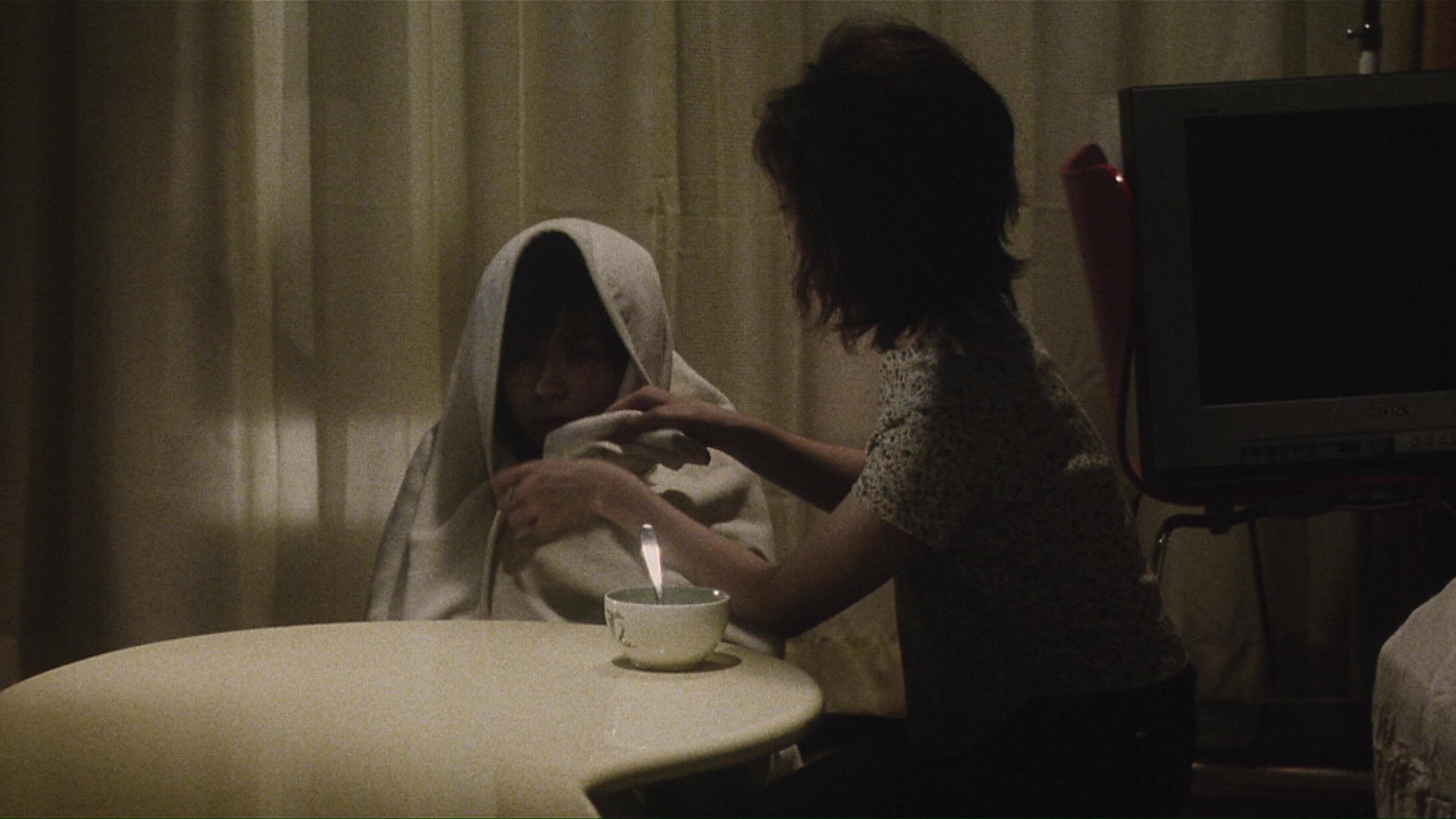 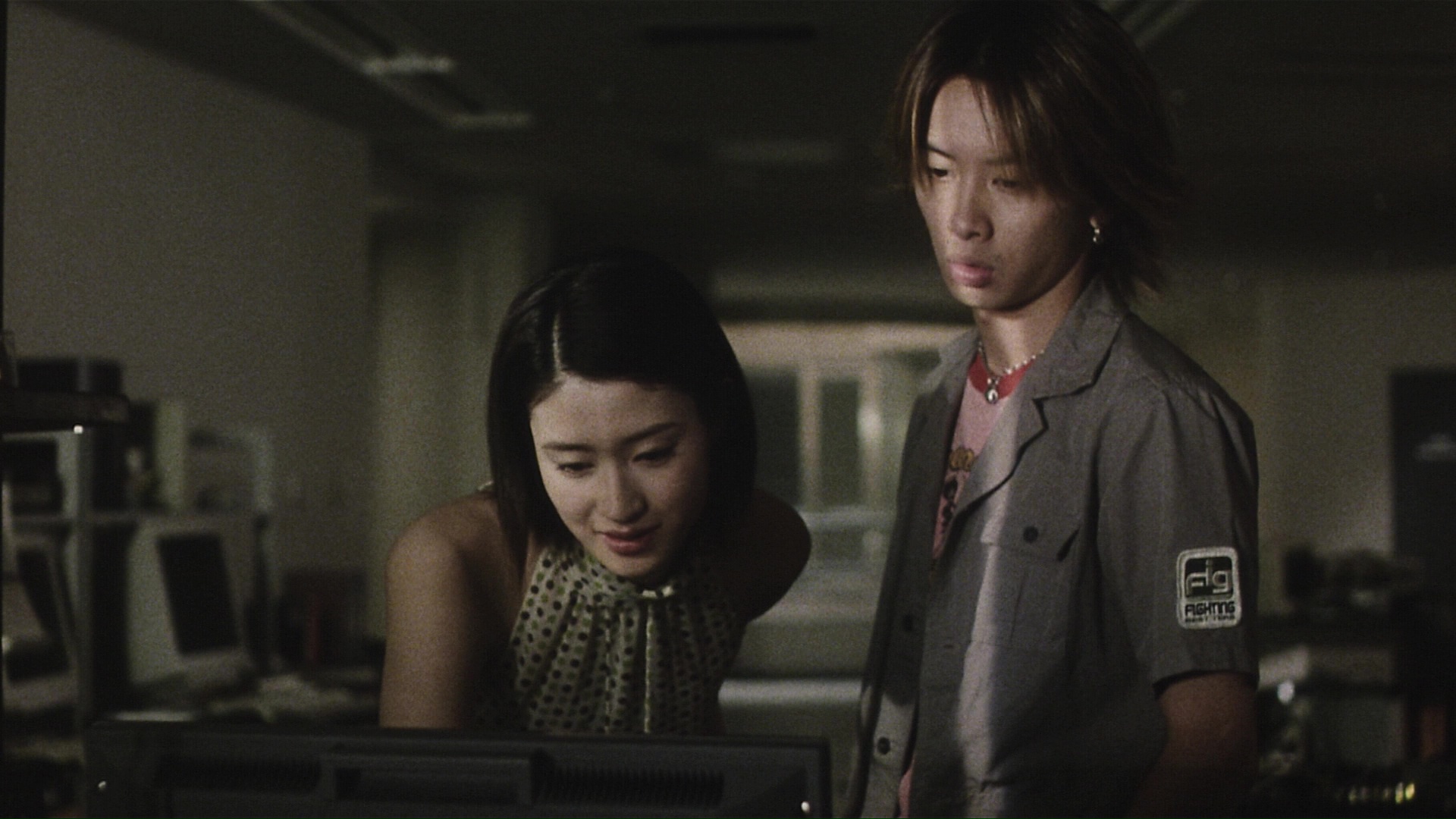 Though he’d been dabbling with horror since the gray market fan favorite Sweet Home in 1989, it wasn’t until the modern Japanese horror explosion in the late ‘90s that Western moviegoers became very familiar with director Kiyoshi Kurosawa thanks to films like Cure, Séance, Charisma, and Door 3. All of these films are more meditative and slippery than your average scare fare coming from the country at the time, especially in the wake of 1998’s Ringu, but Kurosawa finally flirted with the jump-scare, technology-phobic wave that was taking over the horror world with what remains his most familiar genre entry, Pulse (originally titled Kairo) from 2001. The idea of the online world seeping into reality and causing horrific transformations in the fabric of reality was an irresistible one, which not surprisingly led to an official (and vastly inferior) remake in 2006 as well as unofficial knock-offs like 2002’s Feardotcom.

An epidemic of eerie suicides tied to the internet becomes an obsession for young nursery employee Michi (Asô), whose coworkers hangs himself in front of her under supernatural circumstances involving a creepy black shadow-stain on his wall. Meanwhile soda-chugging economics student Ryosuke (Katô) finds his computer infiltrated by an ISP installation that hooks him into a chilling o 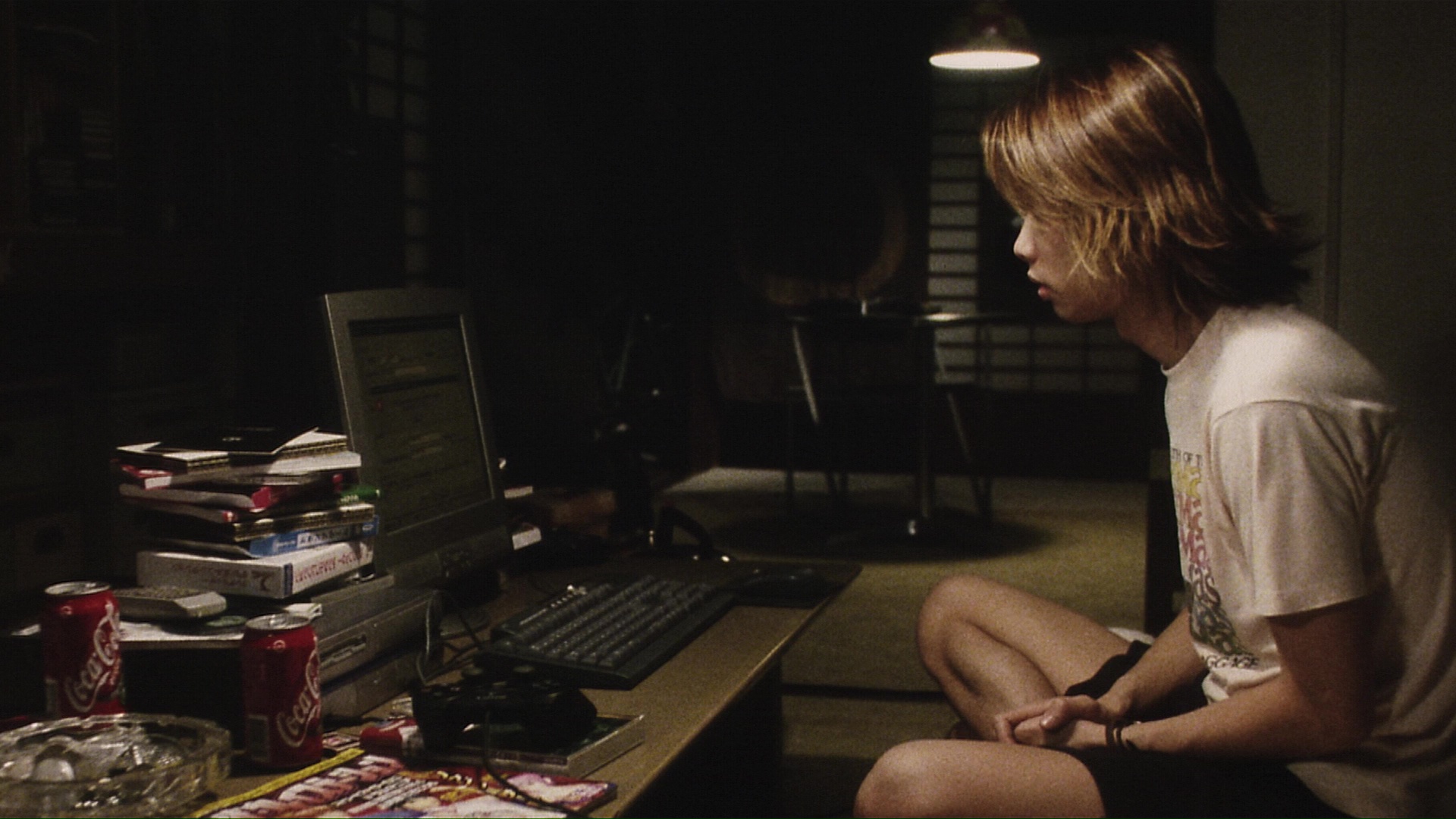 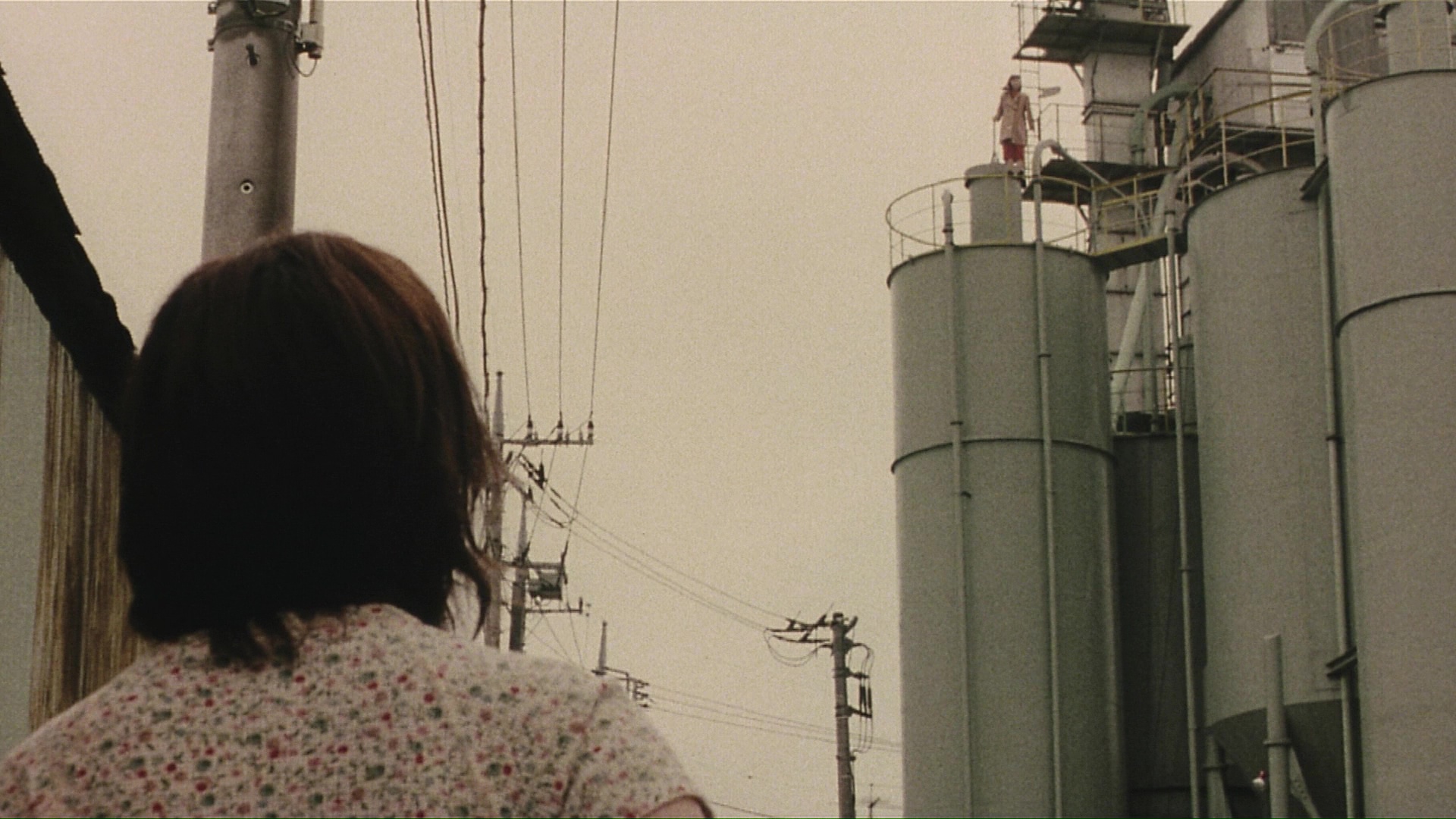 Aided by computer whiz Harue (Koyuki), they come to realize that the escalating situation is far more destructive and widespread than they had suspected.

Bookended with desolate ocean-bound sequences featuring an extended cameo by regular Kurosawa star Kôji Yakusho, Pulse is a film that uses stillness to plant the seeds for some truly unnerving chills, most notably a single-take suicide scene that had many viewers shouting, "How'd they do that?" It isn't as aggressive and shrieking in its technique as the Ju-on series but it's definitely cut from the same episodic cloth, mingling together various characters to depict a breakdown of society from within. You might think the depiction of technology could have dated the film ("Can the internet dial you up itself?"), but instead it gives the film a creepy trapped-in-amber effect from the turn of th millennium when no one quite seemed to know where things were heading.

Pulse also happens to be one of the most intentionally dark, murky-looking films you'll see this side of The Element of Crime, with a very limited color palette and a grainy texture that's defeated more than a handful of DVD releases over the years. The dual-format Arrow release on Blu-ray and DVD in the U.S. and U.K. offers an accurate replication of very tricky source material, which is pretty much designed to have reviewers coming up with phrases like "looks like it was shot through dirty sink water." The natural grain structure has been left intact, and the darkest scenes at least have more readability than the SD predecessors. The LPCM Japanese stereo audio sounds just fine given how much of the film is just dialogue or near silence, and the optional English subtitles are solid. 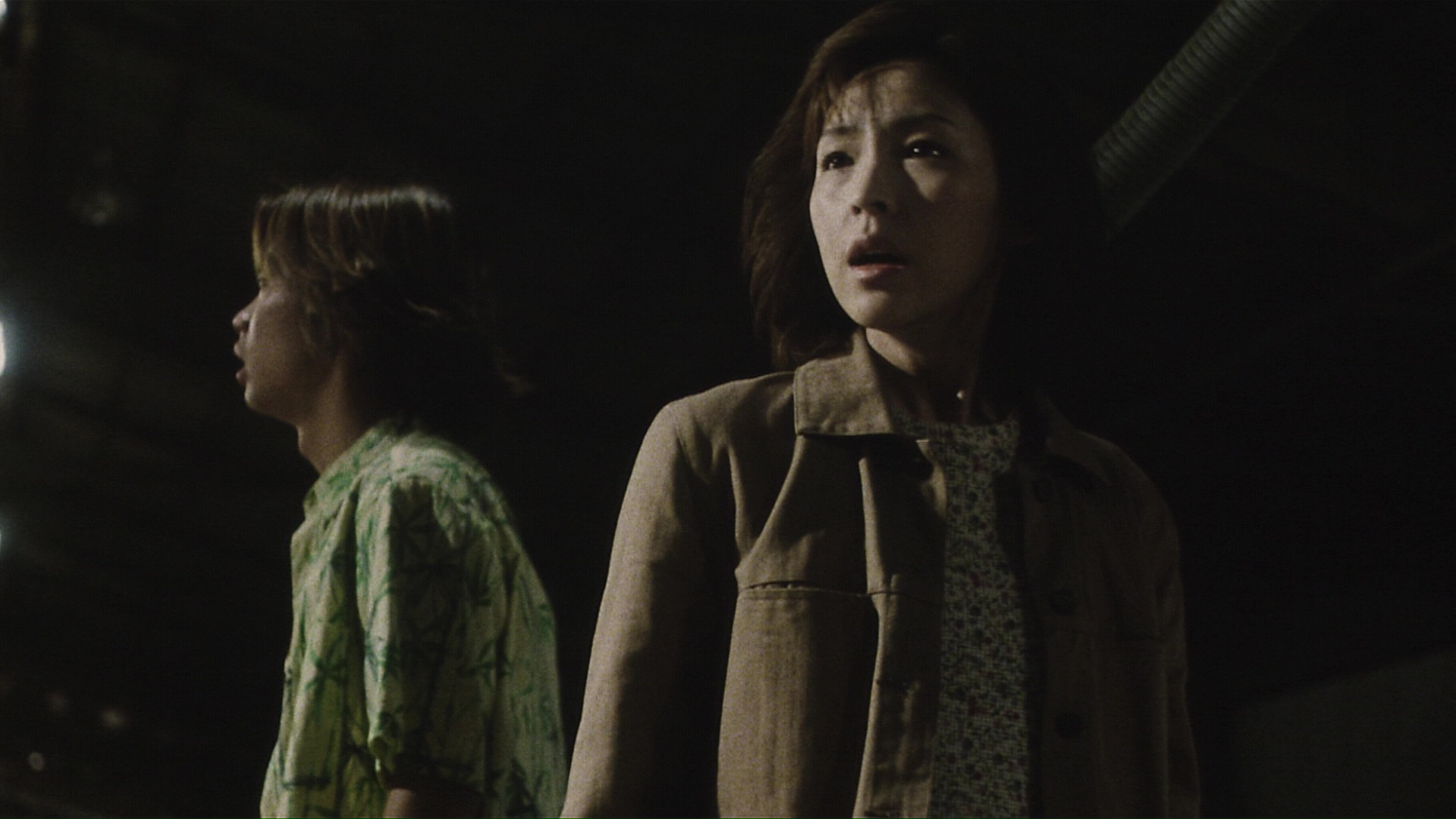 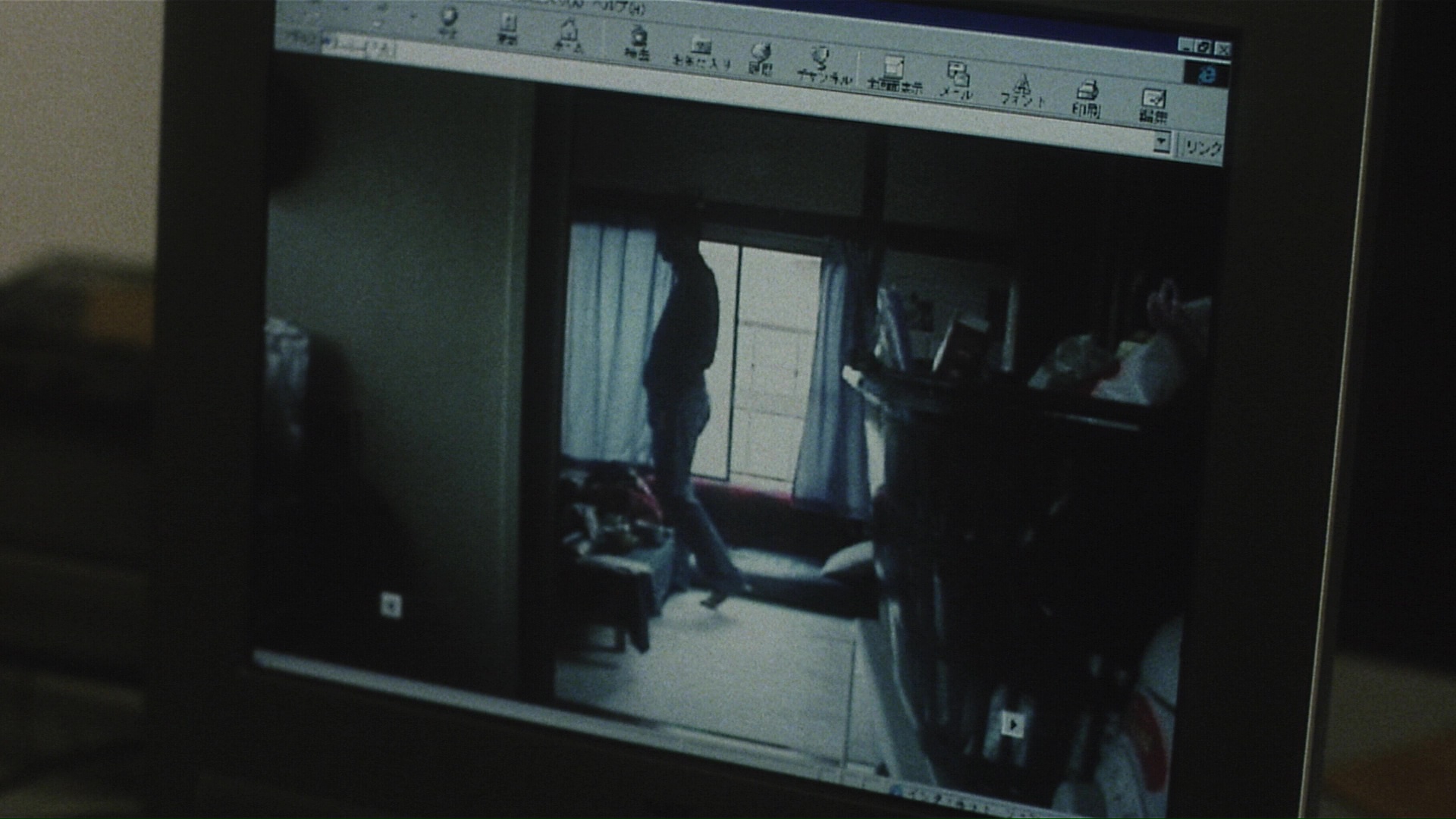 A great new Kurosawa interview, "Broken Circuits" (43m53s), covers his fortuitous entry into directing through pink films in the mid-'80s through his shot-on-video early productions and the turning point of Cure that turned him into a major Japanese horror figure. Cinematographer Junichiro Hiyashi appears next in "Creepy Images" (25m3s) at a well-stocked bar for an overview of his collaborations with Kurosawa, along with other filmmakers like Kiju Yoshida, with a particular focus on this film including a funny spat over a scene involving an ominous shadow. Blair Witch creators Adam Wingard and Simon Barrett offer their own take on this film and the impact of other Japanese films in "The Horror of Isolation (17m11s), noting the eerie quality of encountering this film on formats like VCD and VHS and noting how this film forms a loose trilogy with Cure and Charisma while examining its refusal to allow the audience to connect with the characters. A vintage making-of featurette (41m3s) prepped for the film's initial home video release is a loose collection of trailers and raw behind-the-scenes footage, interspersed with some interview sessions with Kurosawa. Footage from the film's Tokyo premiere (7m4s) features the director and three leads taking the stage for a discussion of their expectations when they went into the film, while a reel from the Cannes Film Festival (2m57s) has Kurosawa and Katô speaking (with only partial subtitles in alternating Japanese and French) in front of the crowd. Four archival featurettes about the film's special effects provide a closer look via interviews and production footage at how some of the standout moments were achieved for "The Suicide Jump" (6m22s), "Harue's Death Scene" (5m2s), "Junko's Death Scene" (4m31s), and "Dark Room Scenes (10m18s). The actual disc rounds out with a batch of Japanese TV spots (4m15s) boasting "Terror overflowing from the internet!" and a couple of jarringly cute NHK station IDs (15s) with the acting leads, while the packaging features a new essay by Chuck Stephens in the first pressing only.