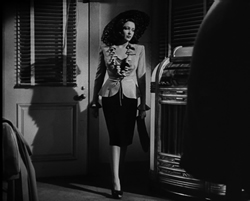 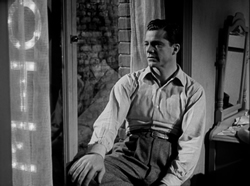 More than a few of the biggest directors of the 20th century made their names with film noir, but only one earned it by stepping in for another one after shooting had begun. That's exactly what happened when producer Otto Preminger took over directing chores for 1944's Laura from Rouben Mamoulian and chucked out all of the shot footage, in the process turning out one of the greatest films of the decade and cementing the star status of Dana Andrews and Gene Tierney. Under contract to Fox through the rest of the decade, Preminger would return to the noir well three more times, collaborating twice more with Andrews and Tierney (though only once on the same film), a trilogy commemorated in this limited edition UK Blu-ray set from the BFI.

However, Preminger didn't make a string of noirs back to back; these were interspersed with other projects like Daisy Kenyon and Forever Amber, all of which demonstrated the caustic filmmaker's knack for building projects around indelible women. He certainly found one when he made Fallen Angel, the first disc in the set, which turns out to be a delirious showcase for third-billed Linda Darnell, a raven-haired Fox player who had risen through the ranks in films like Hangover Square and The Mark of Zorro. She would go on to star in Preminger's Forever Amber and The 13th Letter as well along with prominent roles for other directors like Joseph L. Mankiewicz and Ernst Lubitsch. She's a image of smoky seduction here as greasy spoon waitress Stella, the bad girl in a triangle also involving shifty drifter Eric Stanton (Andrews) and 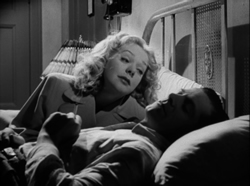 wholesome good girl June Mills (Faye), who loves Eric no matter what. Eric is smitten with Stella but decides to marry June for her money, with 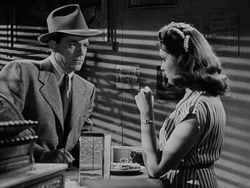 plans to run off with Stella later once his pockets are full. However, his plans fall apart when he gets fingered for a murder, and June has to decide whether to stay by his side and help him clear his name.

Beautifully shot and directed, Fallen Angel takes many of the artistic tricks Preminger explored in Laura and pushes them even further with long takes and elegant lighting creating a rich atmosphere of romantic dread. Andrews is in fine form as usual as a character you really, really hate to like, while Faye does what she can with the flattest of the three main roles (which marked her swan song at Fox for several years when she felt her strongest scenes were dropped from the final cut). Laura composer David Raksin even returns to provide the score here, though it doesn't feature a signature hit theme this time around; however, that hardly matters as the film manages to hold up perfectly well compared to its predecessor. Though based on a novel by Marty Holland, this would actually sit comfortably next to the big Hollywood adaptations of James M. Cain books around the same time (Mildred Pierce and The Postman Always Rings Twice), which were also noirs filled with bright, glossy lighting and working class characters scrambling to impress each other and make a good living through honest means or otherwise. However, where this one really breaks from the pack is its resolution, an unusually optimistic and romantic bit of business that still divides viewers today 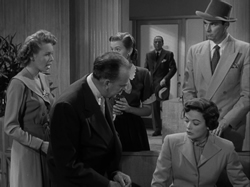 with debates about whether it's a sell out to the Production Code or a subversive pretense of a happy ending that may not stick long after the credits roll. 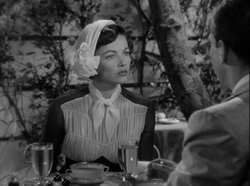 Four years later Preminger returned to noir with Whirlpool, which swapped out Andrews for Tierney and cast the actress as Ann Sutton, a kleptomaniac who does the best to hide her compulsion from her shrink husband, Bill (Conte). Also suffering from insomnia, Ann gets nabbed for shoplifting a pin but gets off easy when the manager is oddly persuaded by a stranger, David Korvo (Ferrer), who turns out to be a hypnotic therapist and astrology expert who offers to cure Ann of what ails her. A potential easy target, Ann ignores warnings from her friends and becomes a regular visitor to Korvo, who gets rid of her insomnia and promises to fix the issues wrought by her unhappy marriage. However, when one of Korvo's patients turns up dead with Ann the most obvious suspect, she finds herself caught in a poisonous scheme that lands her in jail fighting for her freedom and her sanity.

The shift from the immediate postwar climate of Fallen Angel is obvious here as we're dropped squarely into a world of upper middle-class comfort, where housewives use materialism to patch over their psychological scars without really finding a cure in sight. 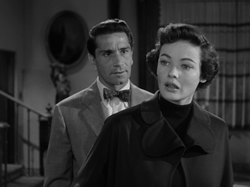 It's a fascinating idea that still works today, and though she's made up in both this film and the next one to look far dowdier than usual, the beautiful Tierney still shines as our confused heroine. Conte doesn't have to do much besides act like an ice cube, but Ferrer has a field day as a 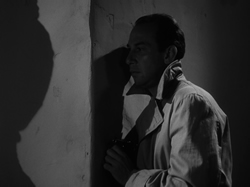 shifty possible con man or savior whose motives don't become completely clear until the very end of the film. In that respect you could see this as a cousin of sorts to the superlative indie noir The Spiritualist (aka The Amazing Mr. X), which adds a few dollops of eerie supernatural gloss to a similar concept. There's also another solid Raksin score here, and the script by Andrew Solt and the great Ben Hecht (Notorious) slips in a hefty helping of underhanded jabs at the American dream that still give the film quite a bit of punch. Stylistically this is the least noir of the trio, only really diving into the trademark shadowy lighting and moral corruption with full force in the last half hour, but philosophically it's noir right to the core.

Finally we arrive at the third film in the set and the one now enjoying the highest reappraisal in recent years, Where the Sidewalk Ends. Now rightly regarded as one of Preminger's best, this one finally reteams Andrews and Tierney as police detective Mark Dixon and married Morgan Taylor, who's being used without her knowledge by her racketeer husband to drag suckers into an illegal gambling ring. Crime kingpin Tommy Scalise (Merrill) is a primary target for Mark, who's prone to 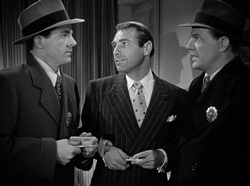 more than a few bouts of police brutality and offs Morgan's husband during an altercation. He opts to get rid of the body instead of reporting the incident and soon falls for Morgan, while Mark's boss (Malden) points the finger at Morgan's father as the primary suspect. The son of a criminal himself, Mark resorts to increasingly desperate measures to save himself and Morgan without sending an innocent man to hang, but the price may be higher than he could have anticipated. 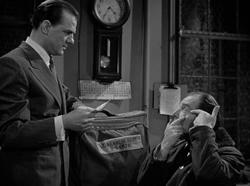 The darkest, grittiest, and most jaded of the three films, this is still a tough and powerful film with great central performances including what may be career-best work by Andrews, who spends much of the film with a bandage across his face in a physical manifestation of his wounded morality. (It wouldn't be surprising if Jack Nicholson's bandaged nose in Chinatown were a nod to this film.) The tight script (again featuring work by Hecht) packs a lot of incident and character beats into an hour and a half, building fascinating layers for the character of Mark and providing a fascinating open-ended resolution that's an unusual choice for a noir of this period but a highly satisfying one.

All three of these films bowed on U.S. DVD with solid masters as part of the excellent "Fox Film Noir" series in 2005, though British 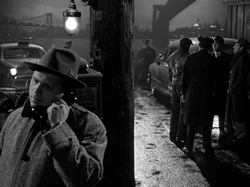 options had also been available from the BFI with dupier transfers before the studio undertook a digital overhaul. Flash forward ten years later, and the BFI is the first to bring them out on Blu-ray as part of this Preminger set, which also comes with a 16-page booklet containing liner notes by Edward Buscombe about all three films. All titles include their respective theatrical trailers and audio commentaries by Australian critic Adrian Martin for each as well; the first two are ported over from the Aussie 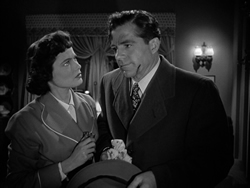 DVDs, while the third for Where the Sidewalk Ends is new and exclusive to this set. (Film Noir Foundation head Eddie Muller provided an excellent commentary on the American Sidewalk disc.) Martin does a very thorough, revealing job of dissecting each of the films, with a focus on Preminger's directorial technique including his evolution of those long takes to ratchet up tension and illuminate character as well as his ins and outs with the studio over the five-year period. Also included on the disc of Fallen Angel is an installment of "The Guardian Lecture" from 1972 featuring Preminger interviewed by Joan Bakewell for a hefty 76 minutes, presented as an archival audio recording illustrated with film stills. It's an invaluable snapshot of his career from his start as a theater director and aspiring actor (to which he returned occasionally over the years) through his entire tenure at Fox and his days as a taboo-pushing creative force in the '50s with titles like The Man with the Golden Arm and Anatomy of a Murder. All of the transfers are from 2K scans provided by Fox; all look very impressive and certainly surpass any of their SD counterparts without question, though Fallen Angel looks a notch grainier and dupier since it appears to be taken from a very nice print instead of material a generation or two closer to the source. No issues at all with the other two films, which look magnificent from start to finish. Definitely recommended and likely to be the definitive presentations of these excellent films for years to come.