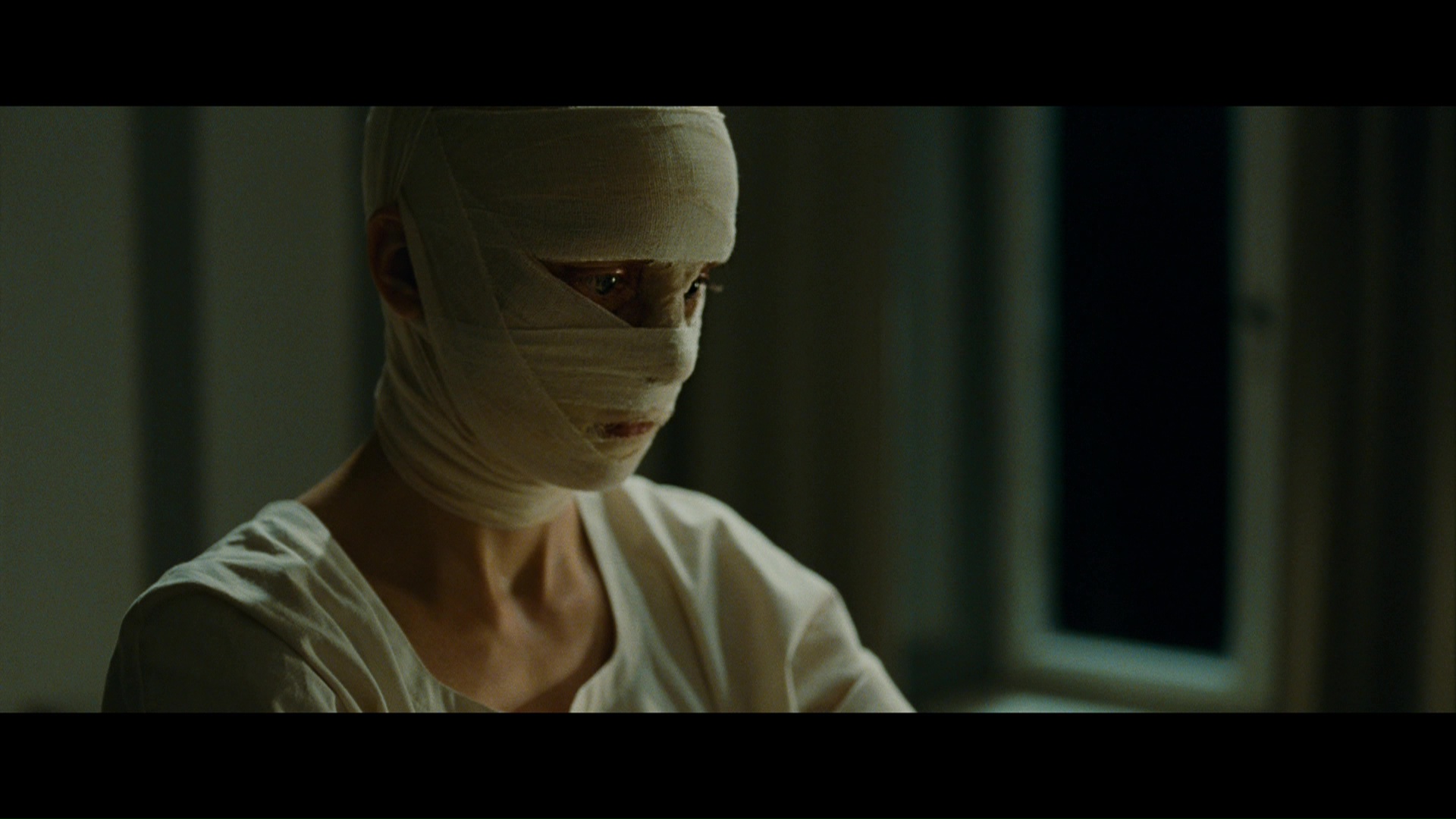 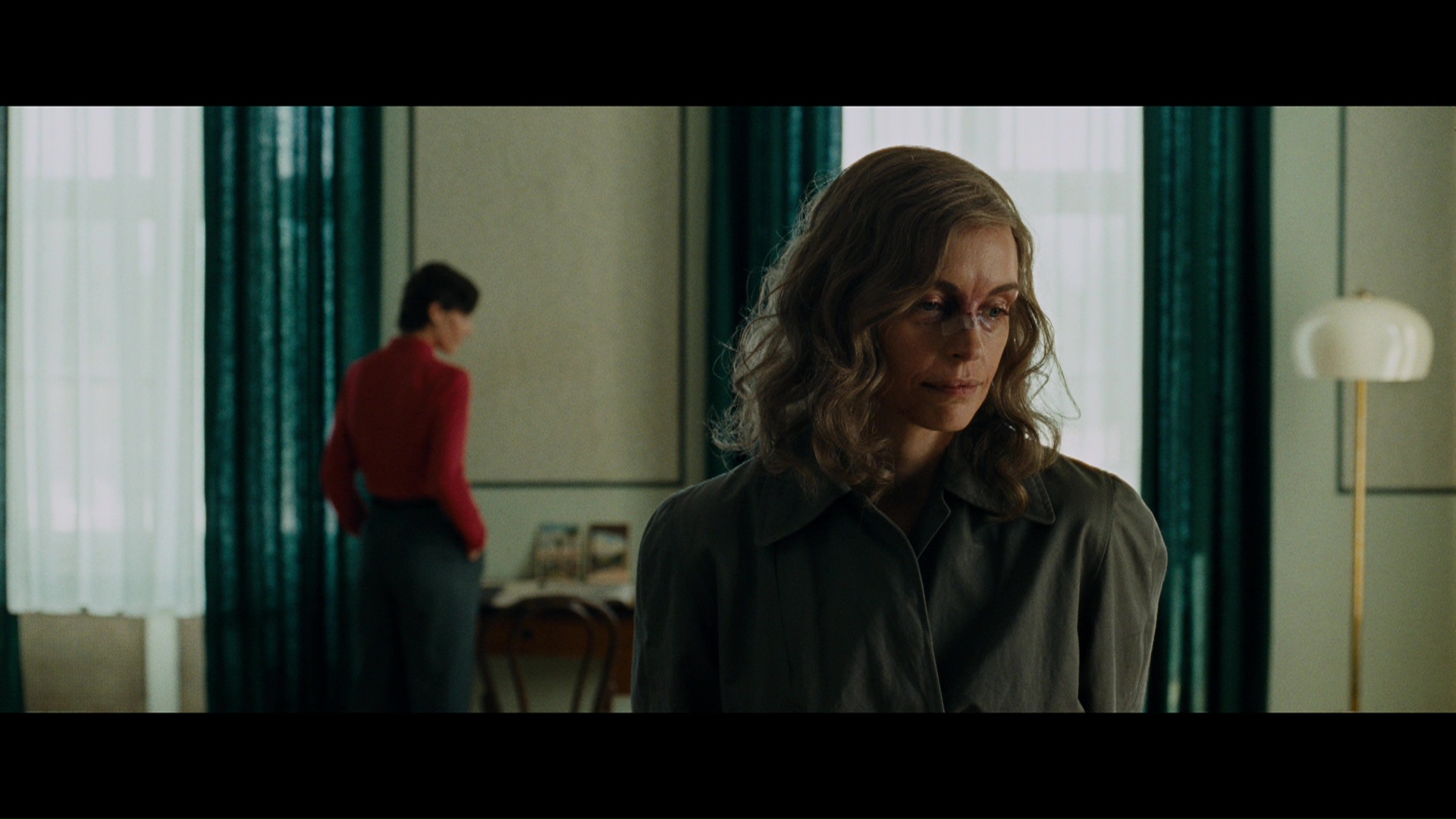 A lot of ink has been spilled drawing out comparisons between Vertigo and this story of a woman being remade by a man in his loved one’s image, but calling this a Hitchcock imitator of any kind doesn’t really convey anything about the actual film. The entire story is told through the eyes of Nelly (Hoss, regular muse to director Christian Perzold), who’s seen crossing back through the German border after recovering from a harrowing ordeal in a concentration camp during World War II.

The aftermath of the war has left the population in a difficult, badly damaged situation with betrayers and the betrayed trying to rebuild their society, but Nelly is in a particularly strange situation. Her face has been damaged beyond recognition and is covered in bandages, but upon her arrival a doctor offers to reconstruct her appearance as much as possible. However, she doesn’t quite look like herself, and we come to find out via conversations with her friend, Lene (Kunzendorf), that she was a popular local singer whom Lene claims was betrayed by her husband, Johnny (Zehrfeld). The focus of the story then kicks in as Lene tries to find her own new identity and determine the truth about Johnny’s loyalty. After a couple of false leads she finally reunites with him, but he doesn’t recognize her. Believing Nelly dead, he proposes turning her into a facsimile of his dead wife to cash in on her inheritance. As she grows closer to her original appearance, Nelly finds herself turning into something quite different and unexpected. 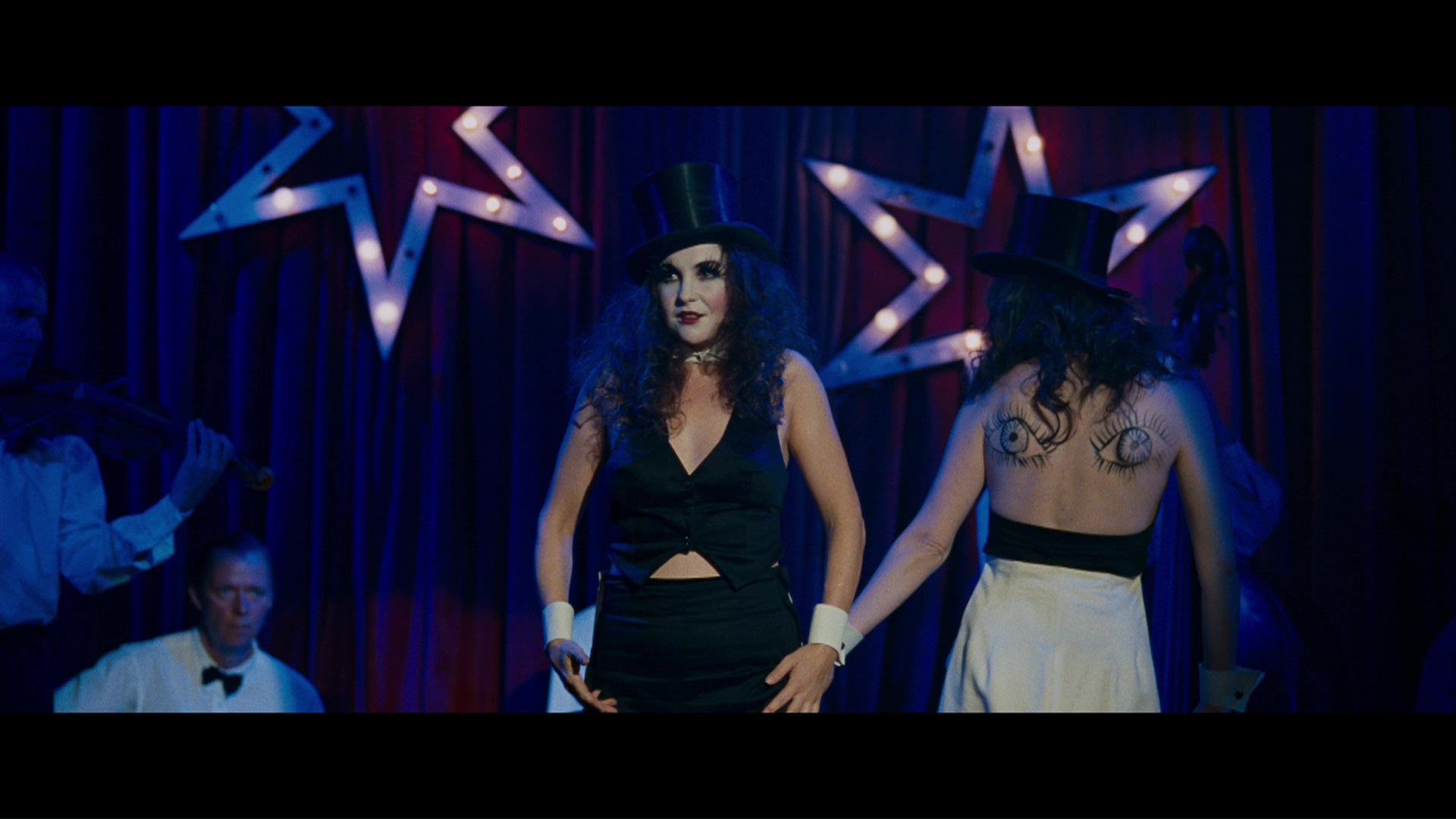 Not particularly flashy with its visuals apart from a sequence set in the title nightclub, Phoenix is mainly effective as a showcase for its two main actors, reunited after their acclaimed turns in the same director’s Barbara from 2012. Hoss gets the most 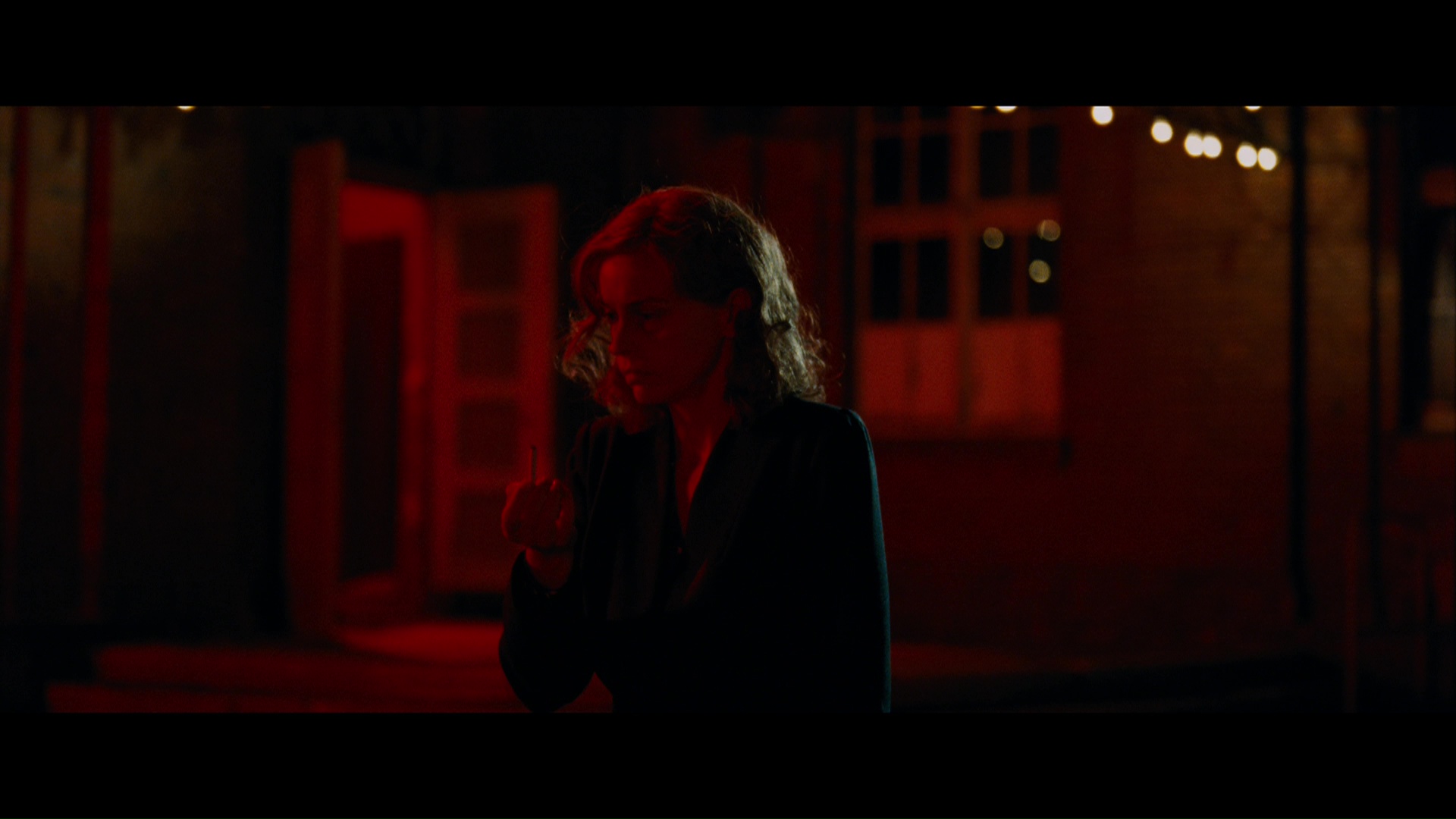 to work with here of course as she has to convey an enormous amount of information with her eyes, and she manages to make her character both ambiguous and empathetic throughout with a subdued but powerful wallop delivered at the end. Zehrfeld is fine as well with a tricky role that threatens to become utterly repugnant at times but still keeps you partially hoping these two can somehow forge another relationship under highly tragic circumstances. The decision to use Kurt Weil music as the aural thread weaving throughout the film is a smart one as well, with one song transforming in both arrangement and meaning dramatically from the first time we hear it to the last.

Released in Germany in the Fall of 2014, Phoenix bowed in the U.S. from Sundance Selects nearly a year later to acclaim and makes its video bow from Criterion as separate Blu-ray and DVD editions. The transfer looks as immaculate as you'd expect given the film's production date, with the decision to shoot on film resulting in a rich, deep appearance that effectively calls back to both 1940s filmmaking and the German New Wave. The DTS-HD MA 5.1 German audio with optional English subtitles sounds perfect as well, though it doesn't have a great deal of heavy lifting to do. 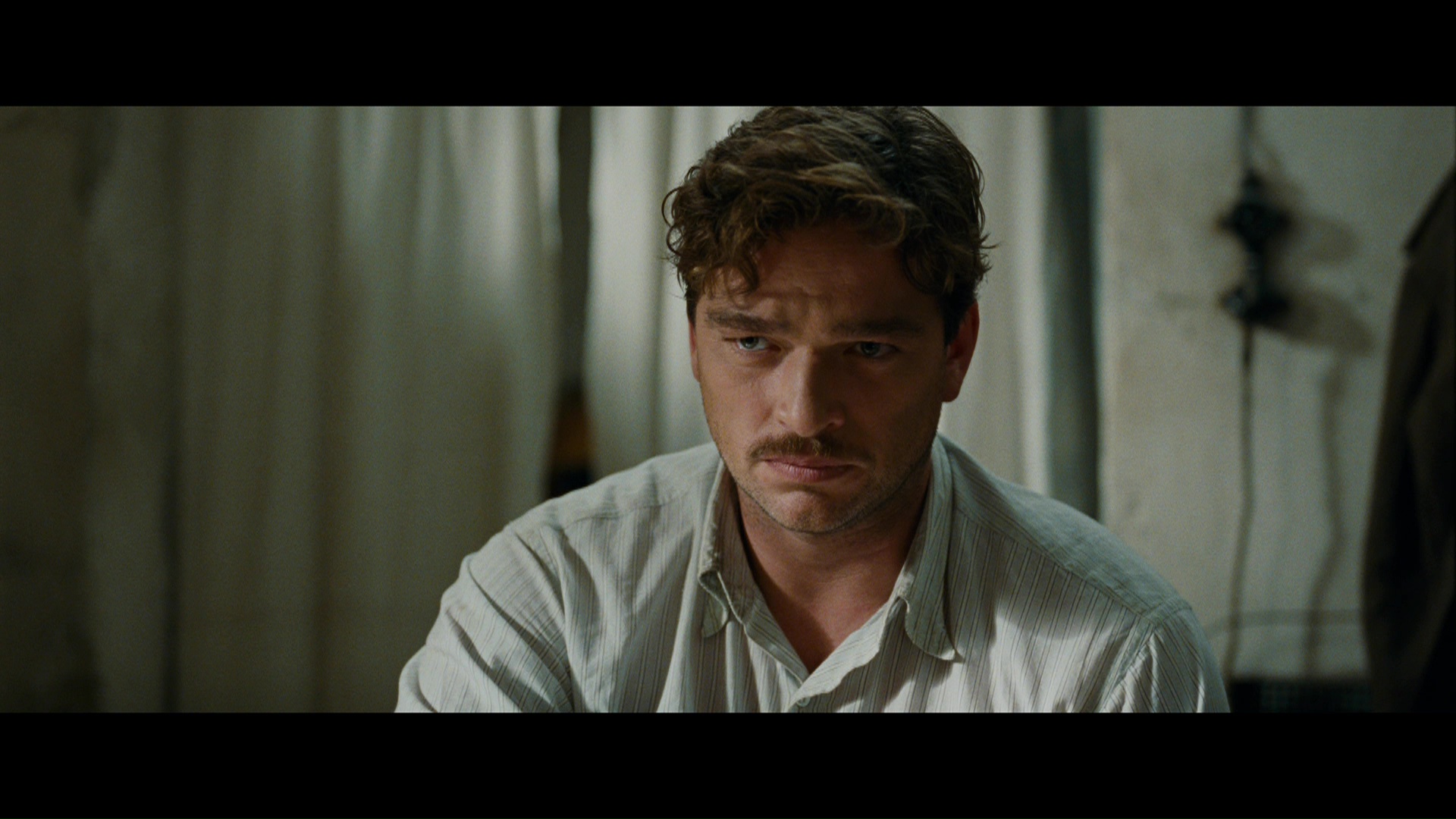 Extras include "The Making of Phoenix," a 20-minute featurette with Petzold, Hoss, Kunzendorf, Ronald Zehrfeld, and production designer K.D. Gruber, with the filmmaker talking about the impact of Rossellini's Germany Year Zero and the 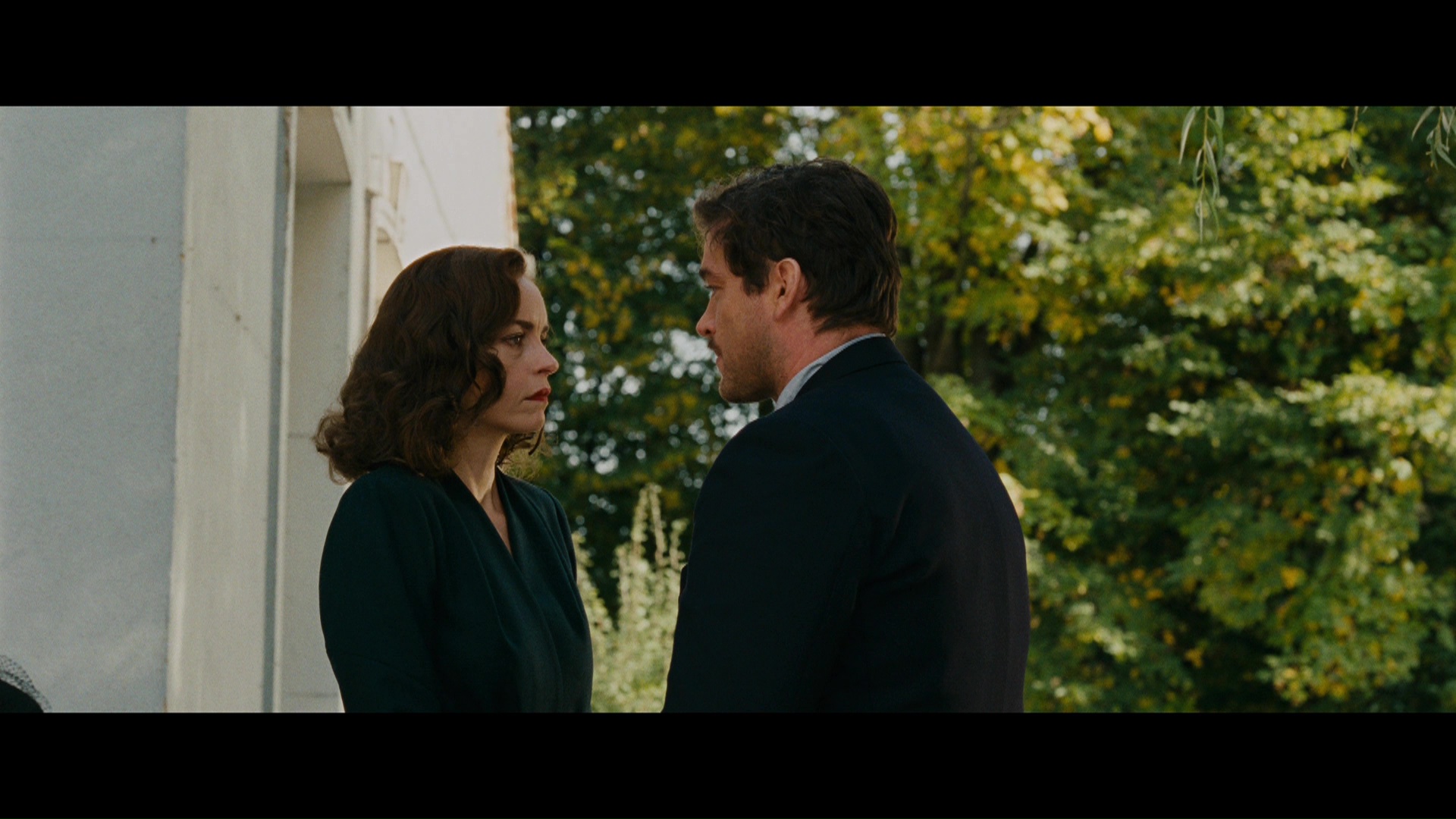 actors discussing the ways the period detail in the sets affected their portrayals. A more substantive new 26-minute interview with Petzold and Hoss entitled "Love/Work/Cinema" explores the six films they made together (including the acclaimed Barbara) including this one's loose part of a "women living under oppressive systems" trilogy, their first meeting, and the way their collaboration resembles photography, with anecdotes about each of their films along the way. Another longtime Petzold collaborator, cinematographer Hans Fromm, gets a 13-minute interview also calling out the Rossellini influence and covering the decision to shoot in 35mm scope and the precision required of every shot. His sobering comments about the state of digital vs. film in Germany are worth hearing, too. The U.S. theatrical trailer is also included, doing its best to sell this film as a moody noir thriller, and a liner notes essay by Michael Koresky about the film's Hitchcockian influence and use of Weil music.