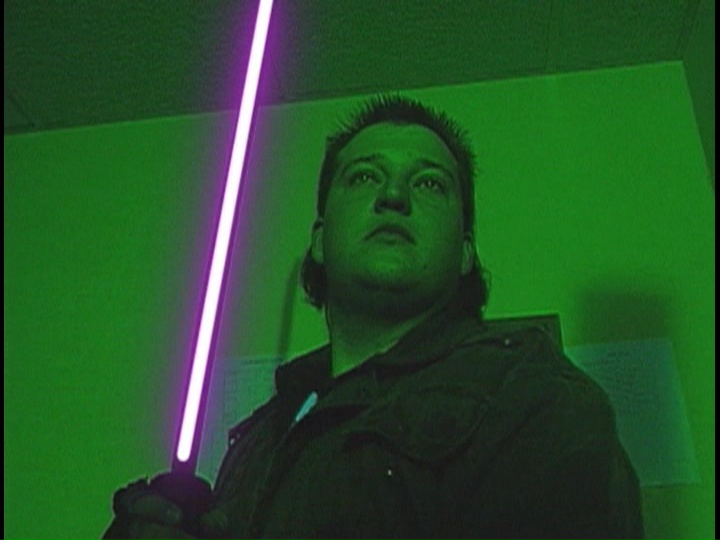 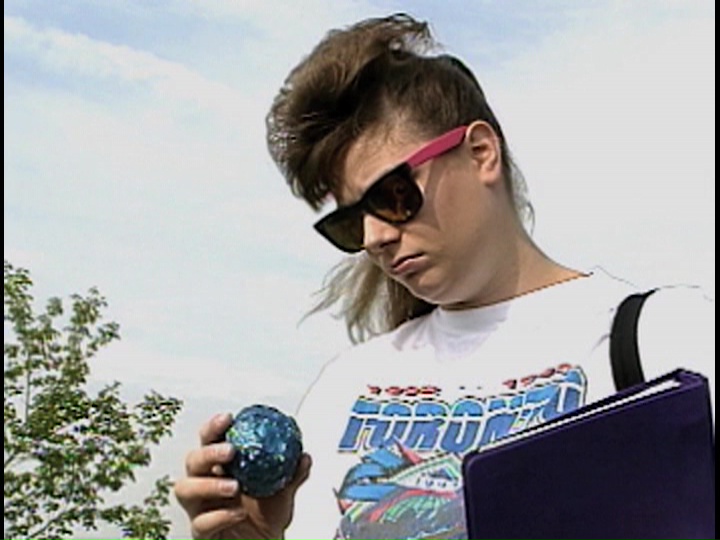 "Wow. I certainly just saw something." That's the likely verbal reaction you'll have after viewing this, perhaps the world's greatest made-for-cable sci-fi film designed or local consumption in Niagara, Ontario. Sort of an SOV alien film crossed with the attitude of an '80s student project, it gleefully pilfers elements from films like The Terminator, Predator, and The Hidden on a budget that wouldn't even feed a normal film crew, with some cut-rate computer animation, light sabers, and laser blasts thrown in to keep you on your toes. And there's mullets. So, so, so many mullets.

A galactic prisoner escape on the planet Mondora has sent a dangerous military experiment called Phobe into the stars, with a lo-res pursuit leading space sergeant Gregory Dapp (Rubick) to Earth. There the escapee in the form of a rock-hard egg falls into the hands of suspiciously mature-looking high school student Jennifer (Dumoulin), who's informed by the arriving officer that the planet is in immediate danger if the intruder isn't captured or extinguished in short order.

It's unlikely anyone who actually buys this will be shocked by what's inside, but for the record, this is exactly what a public access-level sci-fi production with the heaviest Canadian accents you've ever heard should be like. The high school scenes (or maybe it's supposed to be some kind of junior college -- it's never entirely clear) are entertaining enough to justify the entire film, but when you throw in those ray gun and light saber encounters, it all 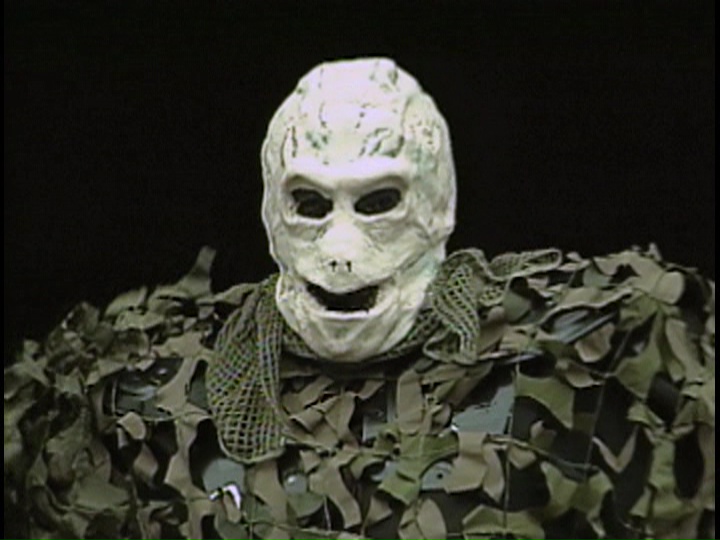 elevates to a special level of charming insanity you'll find hard to resist. None of the actors look like people you normally see in front of the camera (outside of a Polonia Brothers movie), which is actually a refreshing change of pace. 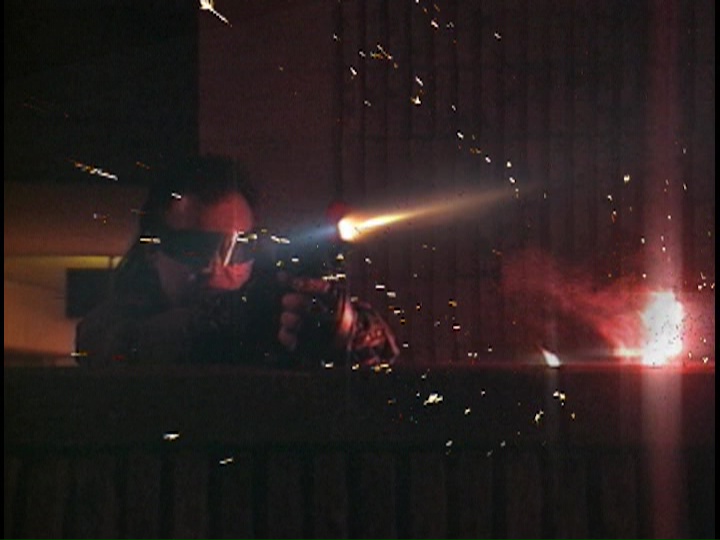 Considering this was shot for pocket change on Betacam SP, it isn't surprising that this looks pretty modest on DVD with a cheap look familiar to any direct-to-video '80s fans. The film was actually upgraded a bit here from its original broadcast with some slightly slicker visual effects thanks to modern technology, though the extremely primitive and quite hilarious original shots are also presented here in a separate 2-minute reel.

Benedikty is all over this release, starting with a new audio commentary moderated by Canuxploitaiton's Paul Corupe and Laser Blast Film Society's Peter Kuplowsky. She goes into detail about her day job at the local cable station that led to a venue to show this ambitious but budget-challenged labor of love and explains how she had to prove her mettle by directing a more modest film, the 58-minute Back in Black (which is also included as an extra in its entirely -- and it's also quirky and just as wild in its own way, with Rubick and Lyon Tenbroeck starring again among some hard rock gags and a crazed opening nod to Raiders of the Lost Ark of all things). There's a lot of background about how it started as a short college project and kept morphing through different phases, including an earlier script with a much stronger horror slant. She's also the centerpiece of "The Making of Phobe," a new 22-minute featurette by Rewind This!'s Josh Johnson with most of the main cast (and both of the commentary moderators) popping up as well to cheerfully recall mounting this interstellar epic in their own backyard. You also get some amusing artifacts from the production, including a glimpse of the original script run off on what looks like a dot matrix printer, and a discussion of the underground cult following that eventually formed around the film. A 14-minute cast and crew Q&A from a 2016 Ontario screening is also included, hitting a few of the same points but showing them all together in one happy place despite some pretty iffy audio quality. Also included is a reel of over 7 minutes of giggly outtakes and a cover of the film's theme by Gribble Hell.