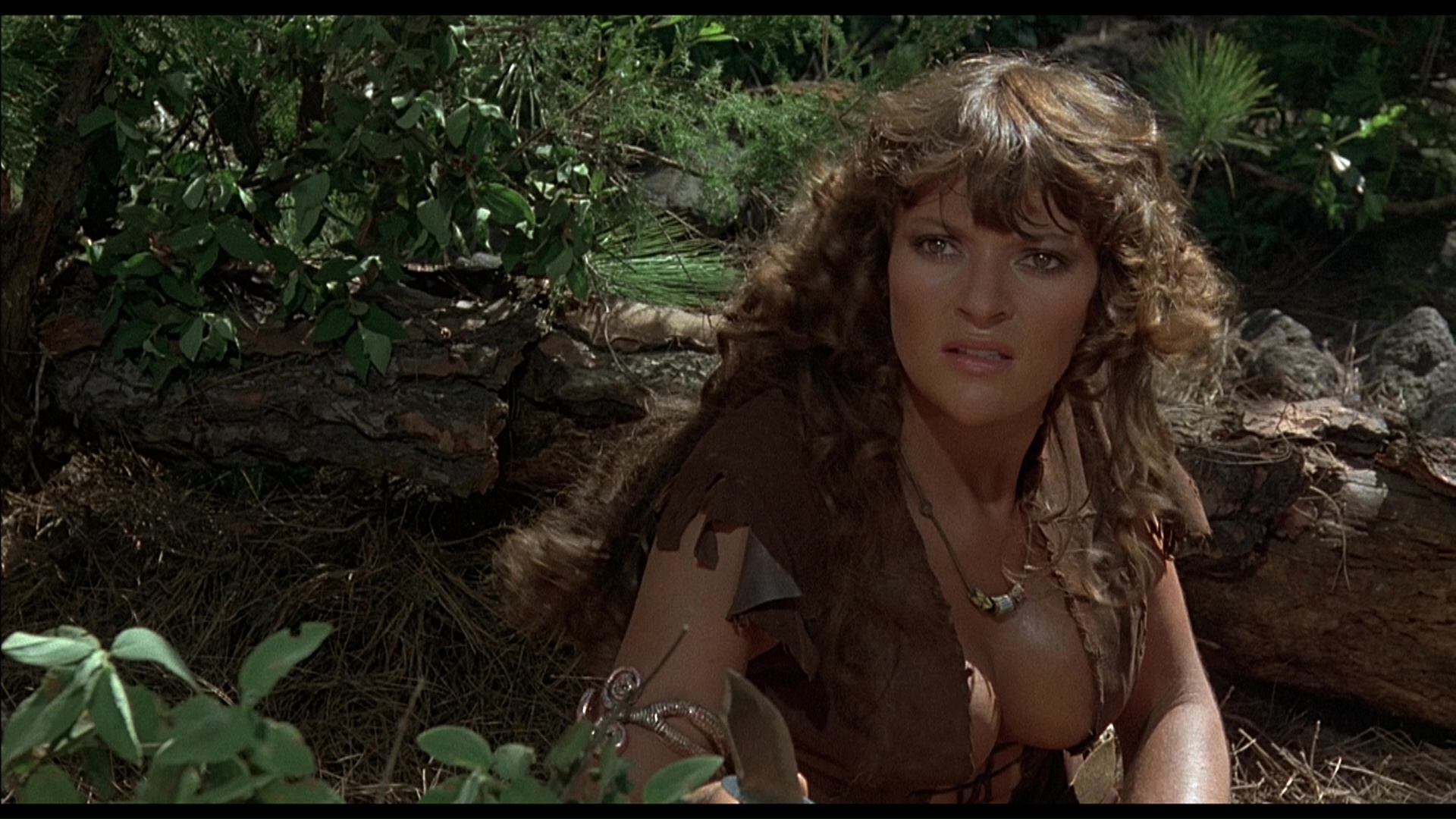 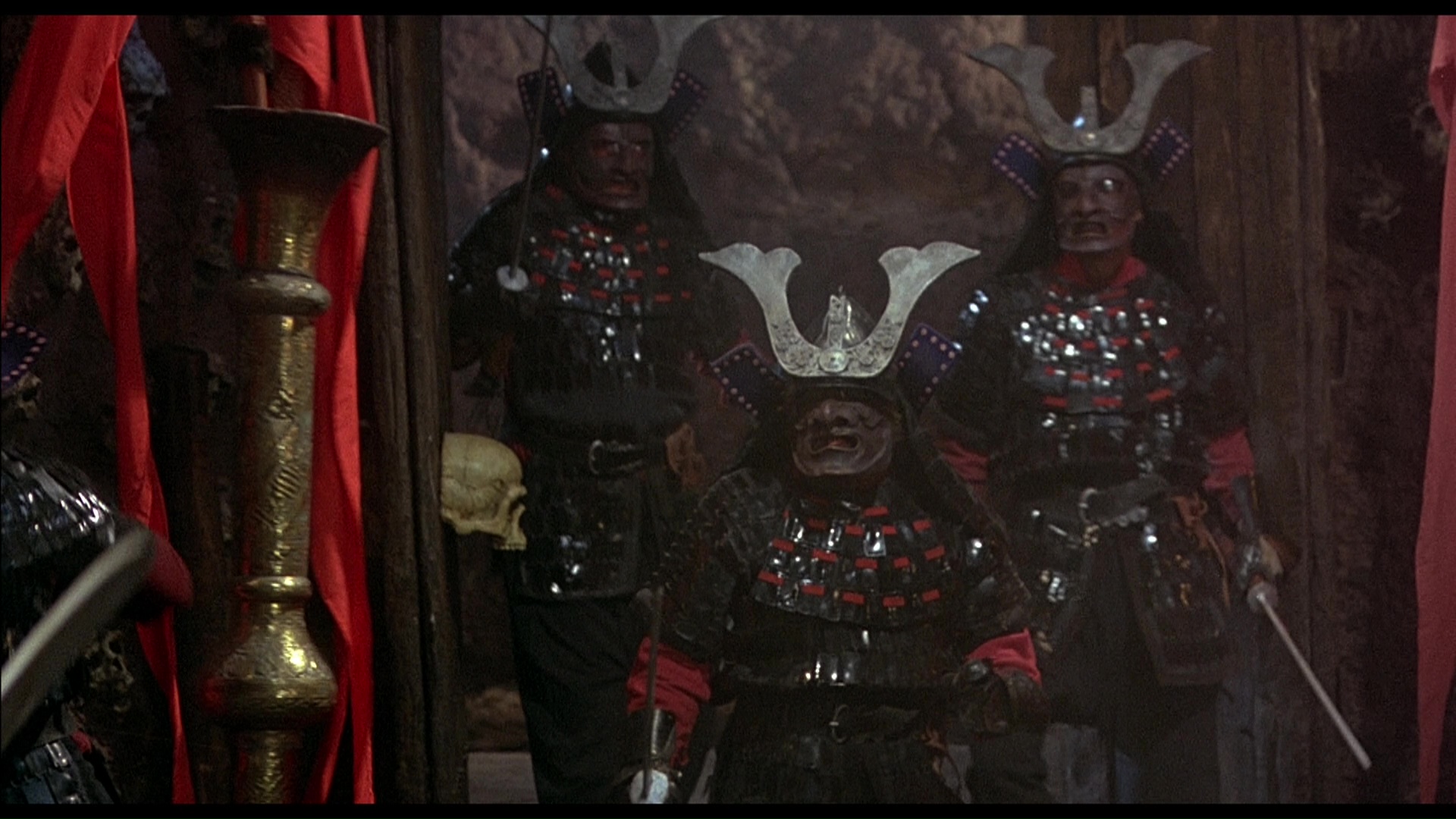 Two years after the fairly successful Amicus fantasy film The Land That Time Forgot, director Kevin Connor and star Doug McClure reunited for a third time (with At the Earth’s Core in between) for this modest but entertaining sequel designed for undiscriminating drive-in audiences.

Patrick Wayne (son of John and star of the same year’s Sinbad and the Eye of the Tiger) takes leading man duties here as Ben McBride, a Major in charge of leading an expedition into perilous uncharted territory to track down his friend and the previous film’s now-missing hero, Bowen Tyler (McClure), who’s left behind a mysterious note in a bottle about his whereabouts since his adventures on Caprona. Accompanied by plucky news photographer Charly (Superman II’s Douglas), manly mechanic Hogan (Rimmer), and seasoned biologist Norfolk (Walters), Ben locates the island that may hold the secret to Bowen’s whereabouts – but what they don’t count on are aggressive dinosaurs, a tribe of natives, a sexy prehistoric girl named Ajor (Gillespie) who practically communicates with her cleavage, and a fiery volcano begging for fresh sacrificial victims.

Like the prior film, this is more or less adapted from a novel by adventure legend Edgar Rice Burroughs and chock full of cheap, 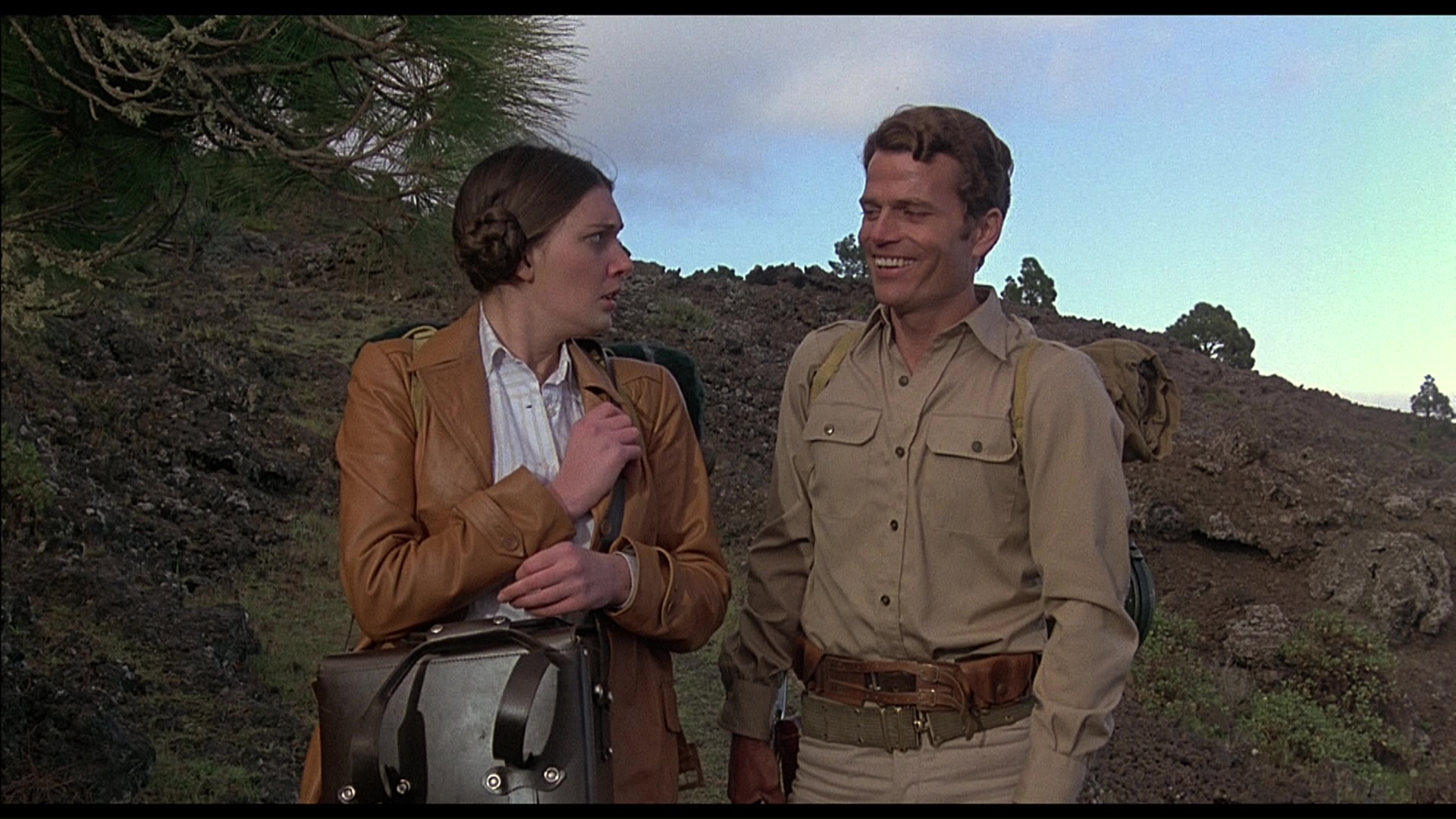 pulpy thrills. Wayne makes for an adequate protagonist, but it’s really the two leading ladies who steal the show here with their charisma and considerable beauty. Once 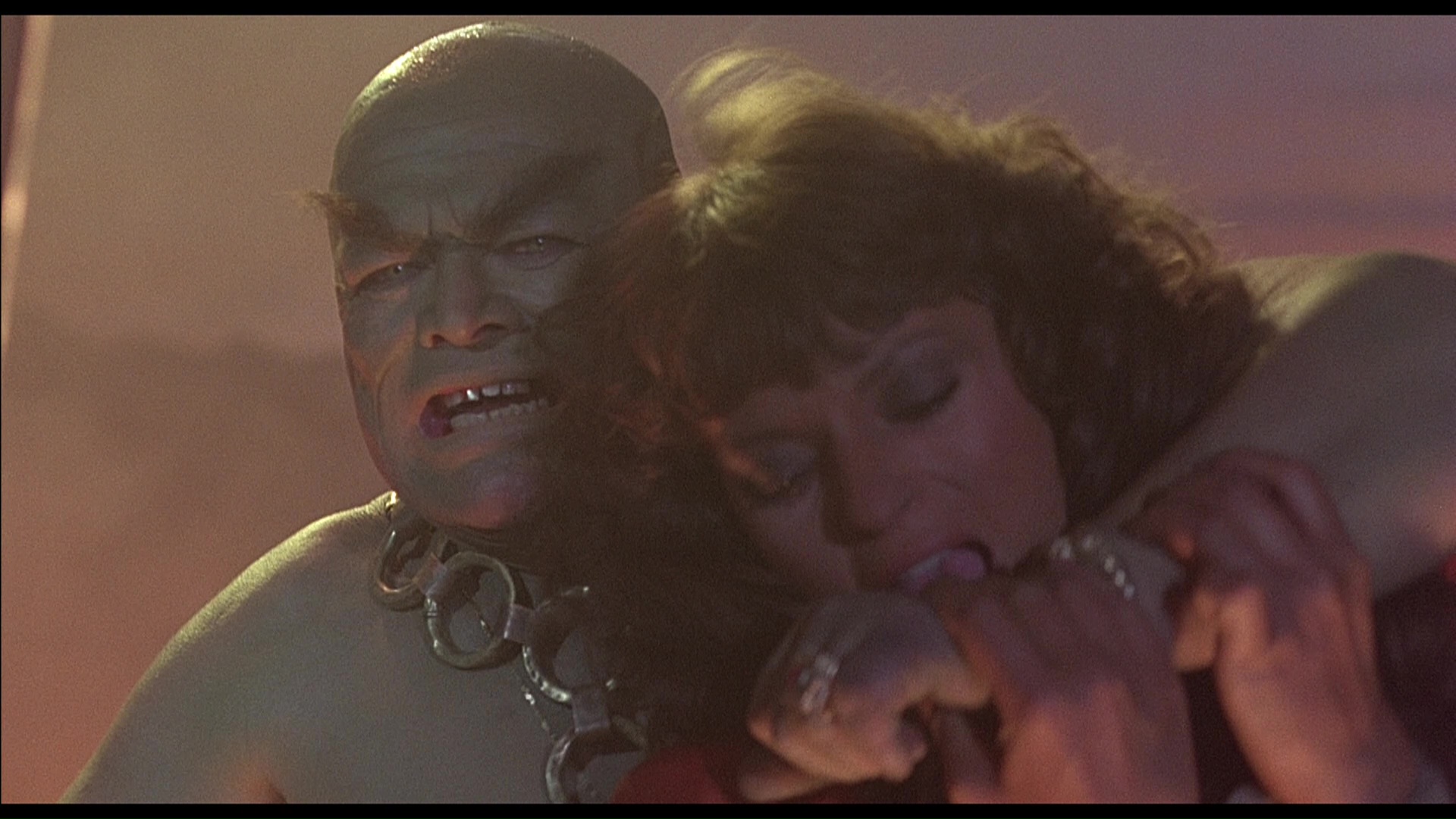 again the dinosaur moments are fairly limited but executed with lovable panache, turning the stop motion beasts into a charming reminder of how far you can get with tangible special effects even if they're only a notch or two above The Land of the Lost in budgetary terms. Coupled with a rich symphonic score by the underrated John Scott, it’s certainly no major work of art but quite enjoyable if you know what to expect.

MGM first issued this film on DVD paired up with the first title (featuring the usual solid studio transfers and their respective theatrical trailers), but Kino Lorber revisited it as a standalone Blu-ray release in 2016 with a few very welcome extra bonus features produced by Scorpion Releasing. Connor appears for a commentary track with fellow filmmaker Brian Trenchard-Smith (as with the first film) about how it all came together, running through the location scouting and casting as well as the rapport he'd developed with his cast and crew by that point. It's a very easygoing track so don't expect anything all that shocking here, and both men make for good company for an hour and a half. Also on hand for separate video interviews are Douglas (20 mins.) and Gillespie (24 mins.), the latter sporting very bright hair; both actresses are very fond of the film and speak highly of their director as well as the enjoyable experience of working on a sincere (albeit sometimes cash-strapped) fantasy film for all ages. Theatrical trailers for both of the Time films are included. The transfer itself and the DTS-HD MA English audio are more than satisfying, with a very rich color palette kicking in after the first 20 minutes or so and very little element damage in sight.