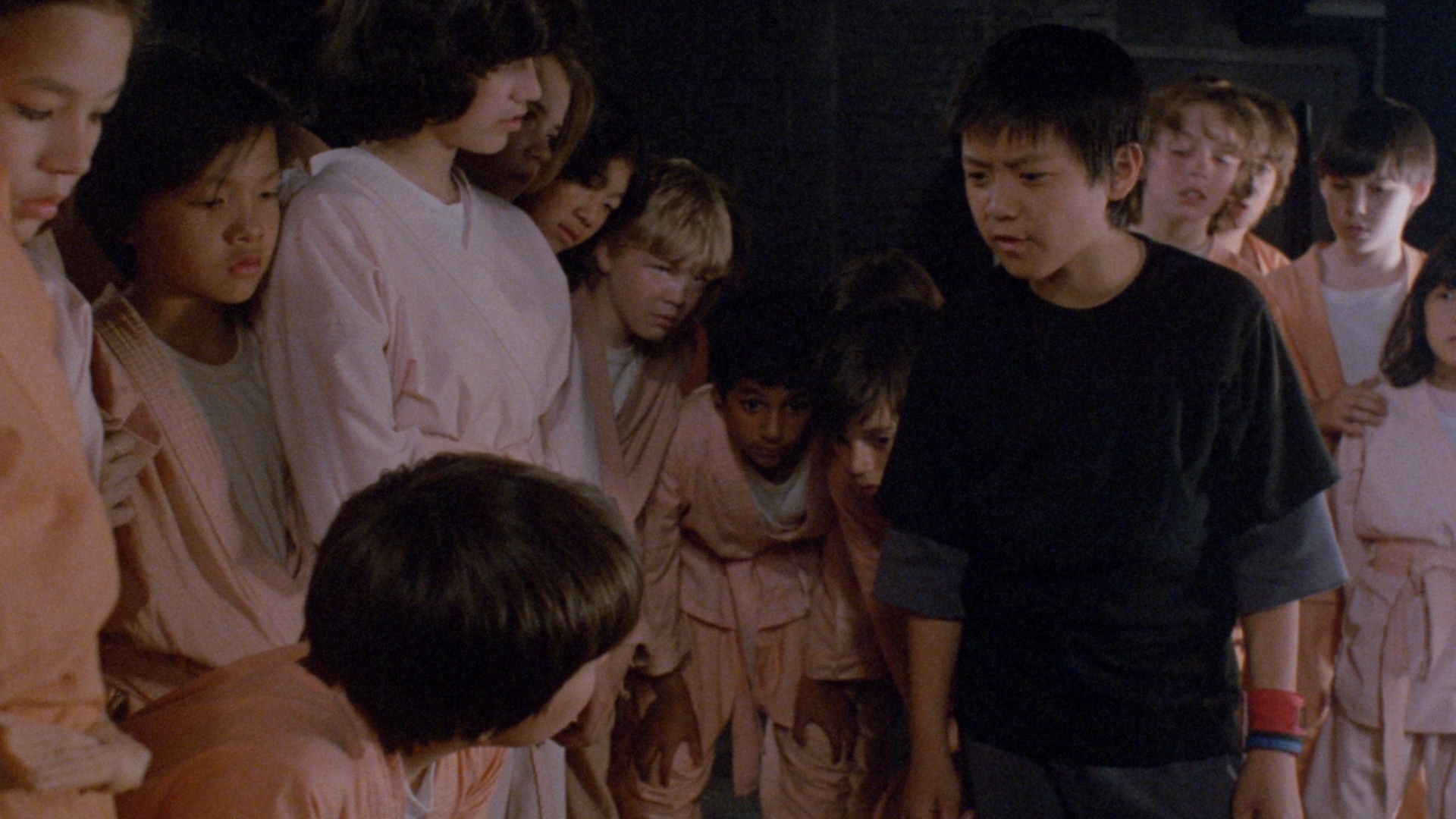 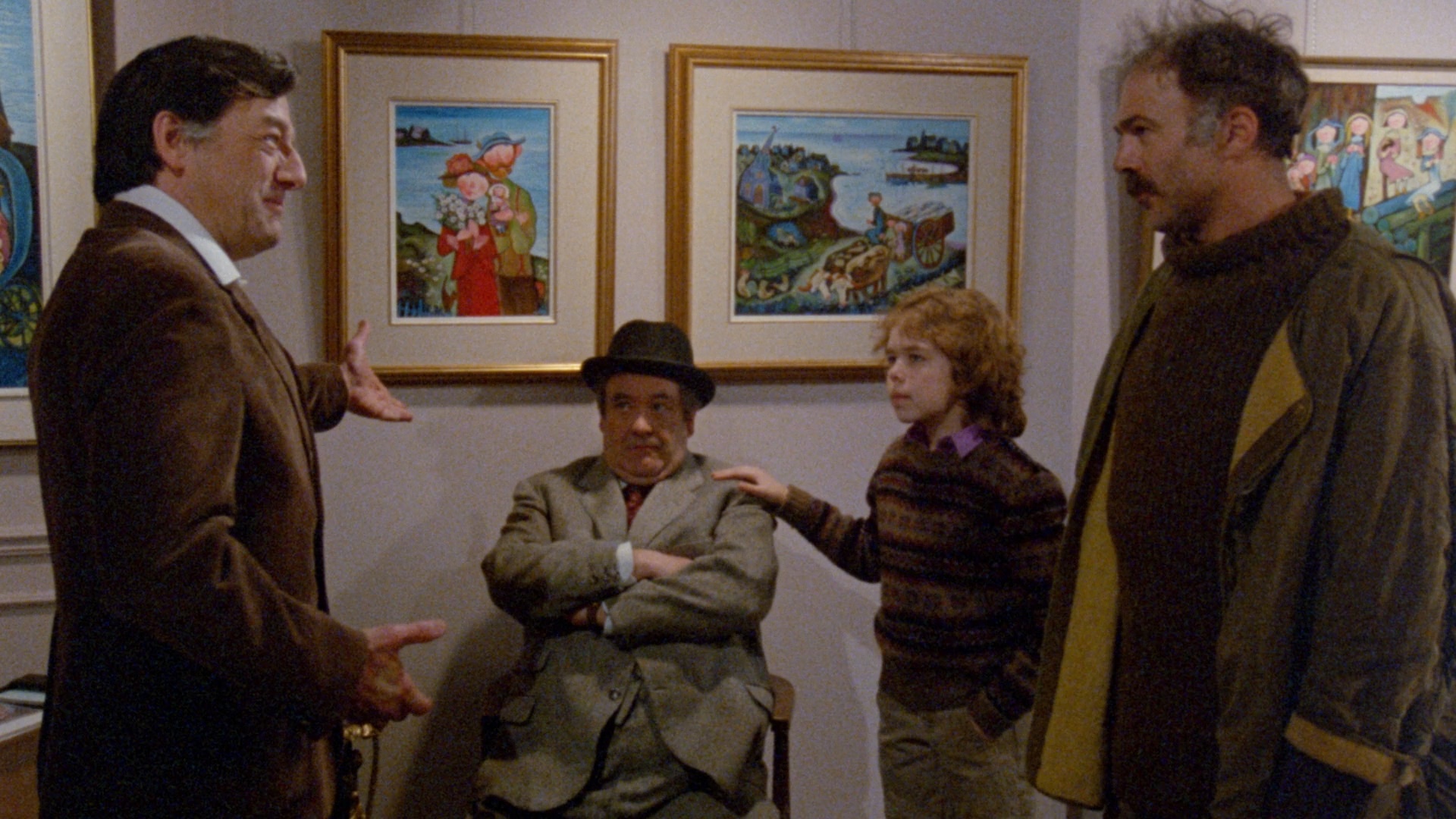 No Canadian family film has lodged itself in the consciousness of ‘80s kids or caused more freaky dreams than this bizarre fantasy, the second and most famous installment in a long-running Quebec movie series called Contes pour Tous (Tales for All). (You can read all about the convoluted back story behind the series here.) A by-product of the country’s golden era of tax shelter films that lasted well beyond that era, the series tended to emphasize fantastic elements and kid-friendly comedy with a very Québécois flavor that makes it stand far apart from the live-action fare being produced by studios like Disney at the time. There’s a good reason this particular film has stood at the head of the pack for a very long time, and anyone unaware of what they’re in for will be confronted with some of the strangest 90 minutes ever spent in front of a screen.

Peculiar things are afoot in the life of young Mike (Mackay), who lives with his single dad (Hogan, a.k.a. Colonel Tigh from the Battlestar Galactica reboot and Teen Wolf) and sister Suzie (Darcy). One day after a particularly traumatic art class run by creativity hater The Signor (Maillot), Mike and best pal Connie (Saysanasy) explore the recently incinerated remains of a nearby building – and something scares Mike so badly he falls unconscious. The next morning he’s gone completely bald from 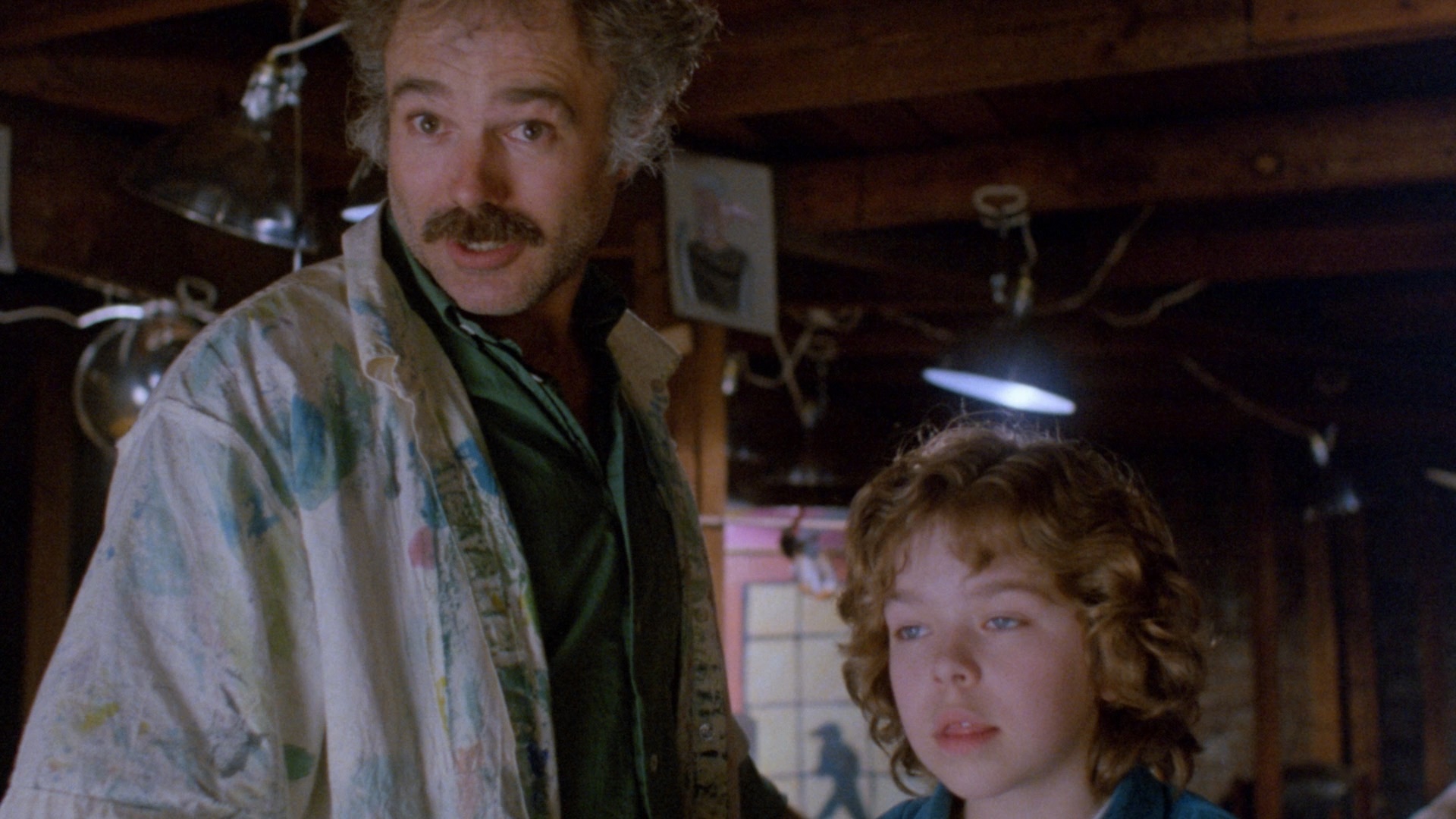 fright and has to wear a wig to school, which doesn’t turn out so well at an after-school soccer game. Salvation for 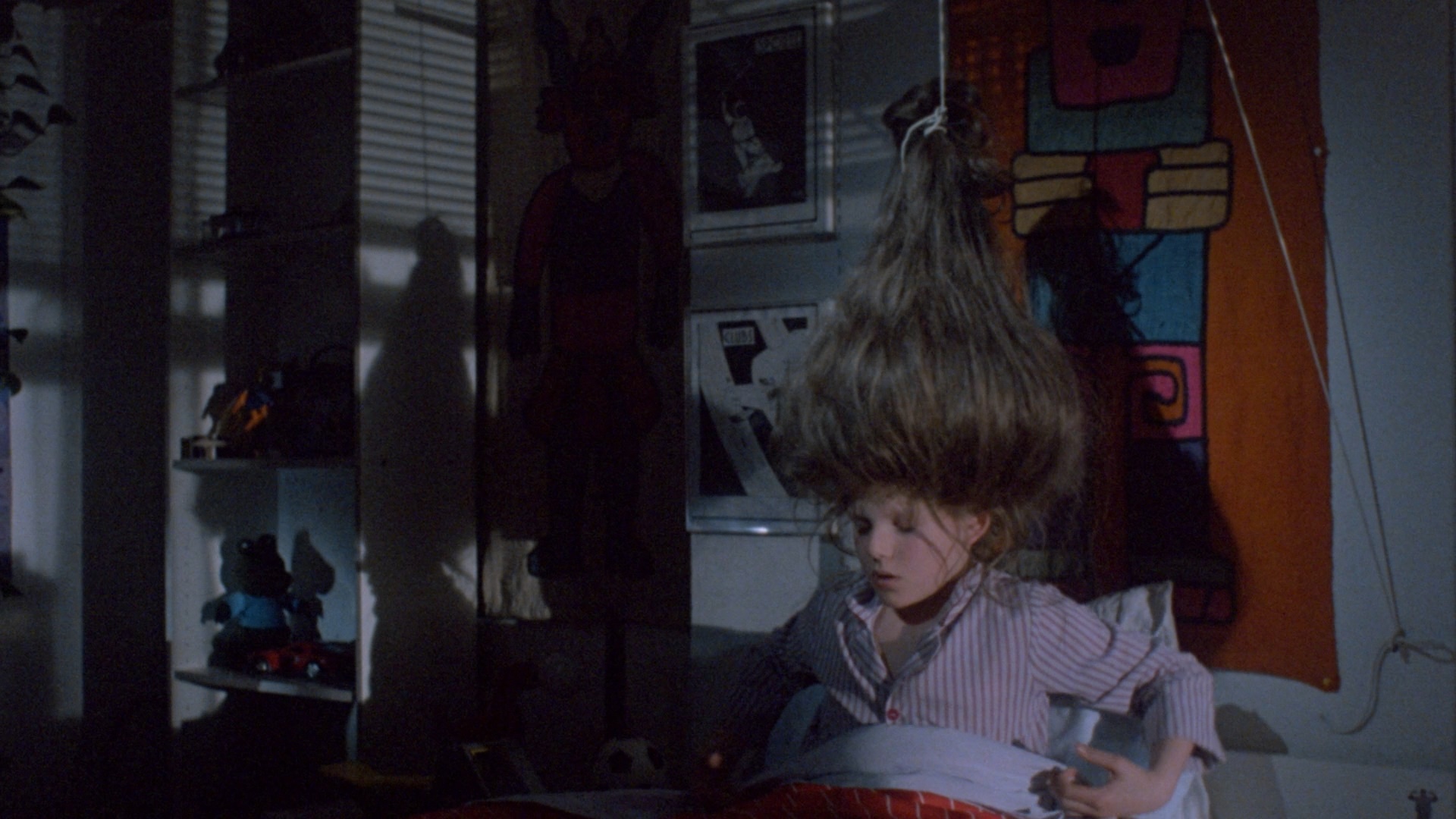 Mike’s baldness problem seems to arrive through the advice of the two ghosts of the burned building’s residents, who tell him how to use peanut butter to concoct a gloppy paste that will grow his hair back. Unfortunately the cure causes his hair to run rampant, turning him into a hirsute menace to the school – and gaining the attention of a local child kidnapper, at which point the film transforms into a psychotic Canadian variation on The 5,000 Fingers of Dr. T involving the local paintbrush industry.

Any linear plot description of this film sounds like the handiwork of someone on hard drugs, and that’s not far off from the experience of actually watching this goofy and sometimes nightmarish yarn that’s packed to the gills with quotable dialogue and hallucinatory flourishes (including a bit involving sentient hair that anticipates Japanese horror films like Exte by a few decades); in the end it all feels like Nickelodeon by way of David Lynch. It also features some early vocal stylings by a young Celine Dion, just to put that final Canadian stamp on the whole endeavor. It’s easily one of the most memorable entries in that weird tradition of family-friendly traumatic films that really started proliferating in the 1970s from fare like Child of Glass and The Bermuda Depths to more contemporary ones like Bridge to Terabithia. This one’s even more random than usual though, with its attempts to make the story and locale as universal as possible giving it an even more unearthly feeling since you can never quite put your finger on where any of this is supposed to be happening (a la the later The Witches). This ended up getting the widest distribution of any film in the series outside of Canada via New World Pictures in the United States, and it became a regular fixture on VHS and TV for a few years where it 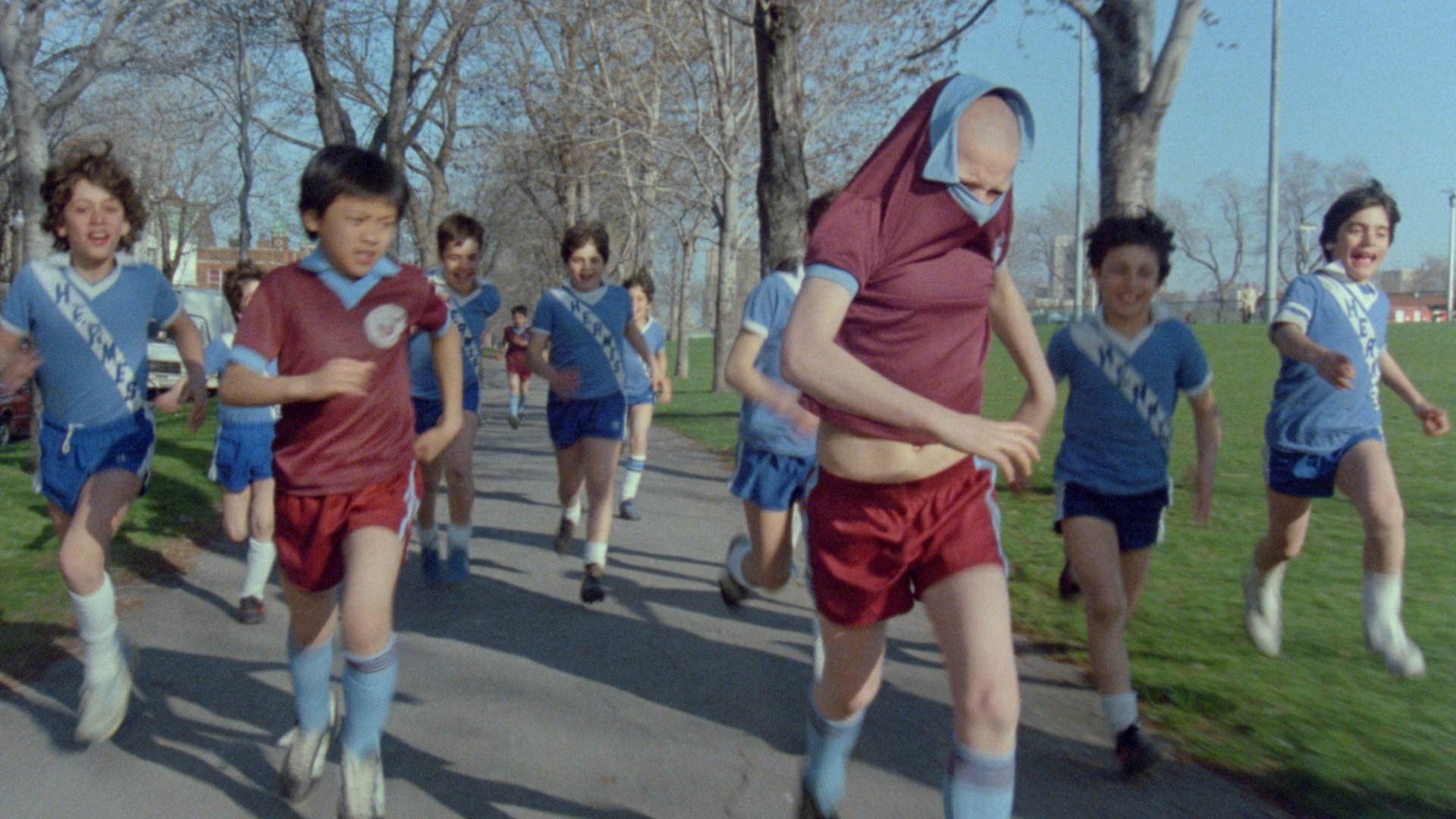 confounded more than a few impressionable kids. Unfortunately New World only picked up one more film in the series, the perplexing The Great Land of Small, which is a 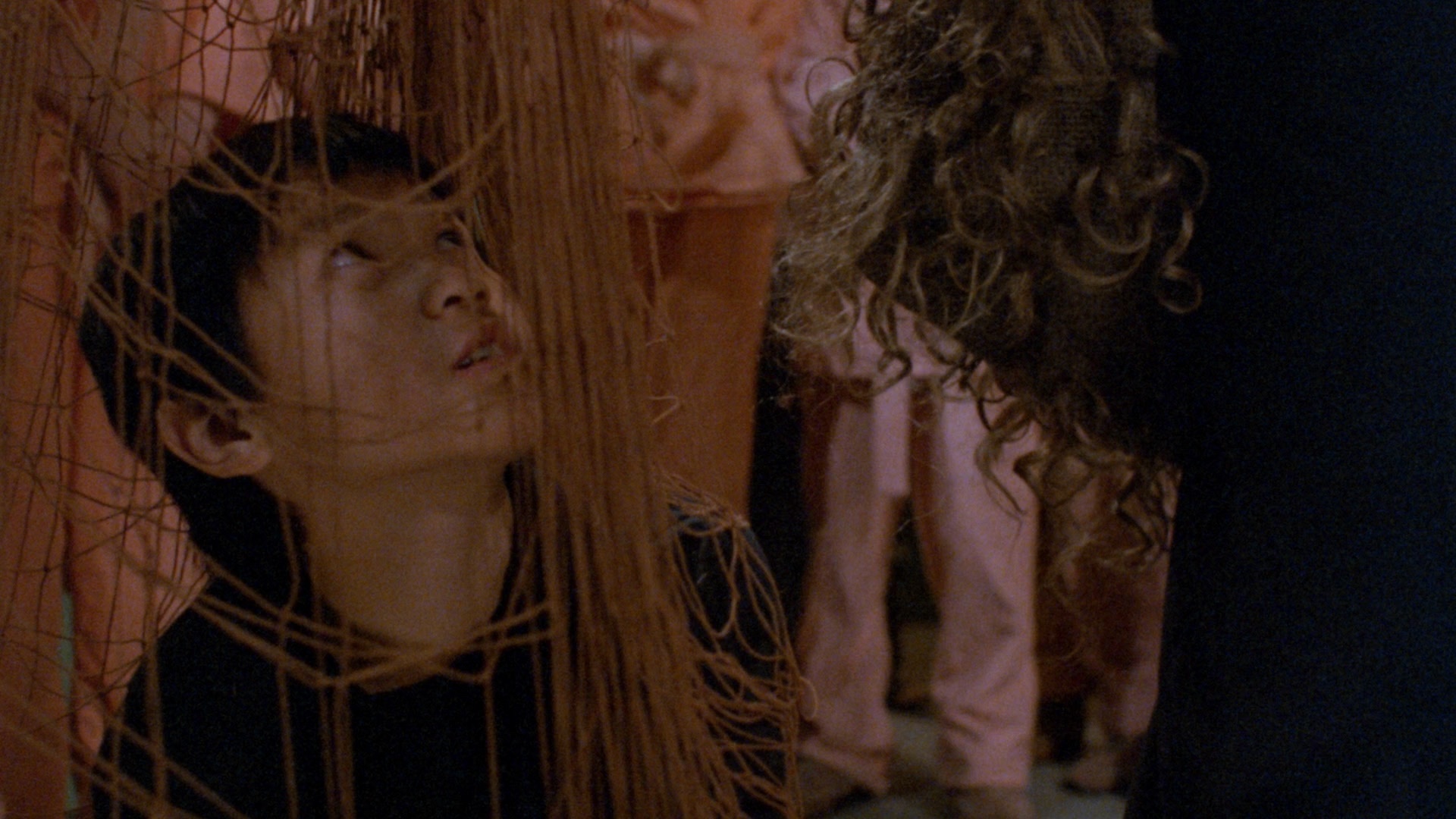 must for fans of this film and a crazed vehicle for Michael J. Anderson, the future dancing Man from Another Place from Twin Peaks.

The Peanut Butter Solution vanished from the United States for decades after its VHS bow in 1986 from New World (and a budget LP-speed edition soon after from Starmaker), but in French-speaking Canada it’s been in circulation more or less since then with a French-language DVD edition from Unidisc in 2007 as part of the third Contes pour tous set. That release isn’t recommended though since it’s taken from a very dated master and the film was actually shot in English; the French-Canadian track is actually pretty good but not the preferred way to watch the film. The film was salvaged for a Blu-ray and DVD combo release from Canadian label Imavision in 2017 with a fresh transfer from the original negative, and anyone familiar with this film’s history will be pleased with the improvements on display here. The detail level is a major improvement compared to the VHS and DVD options, though it's interlaced at 29.97fps instead of the normal 24fps for a feature film. Lossy Dolby Digital mono options are provided for both the English and French tracks, which are fascinating to compare. The sole extra is the (very haphazard) theatrical trailer, which is viewable in either its English or French versions.

In early 2020, Severin chose this film to inaugurate its surprise new sublabel, Severin Kids, which one can only hope was launched due to the mayhem when people tried to use Anthropophagus and Beyond the Darkness for family night viewing. As usual the film is available separately on Blu-ray and DVD, as well as a "Peanut Butter Bundle" complete with a poster, T-shirt, and enamel pin. They couldn't have chosen a better title to kick things off, and though you might expect it to recycle the Canadian HD transfer, that actually isn't the case at all. The presentation here is far more textured and colorful by comparison to the Canadian disc (which looks dramatically noise reduced 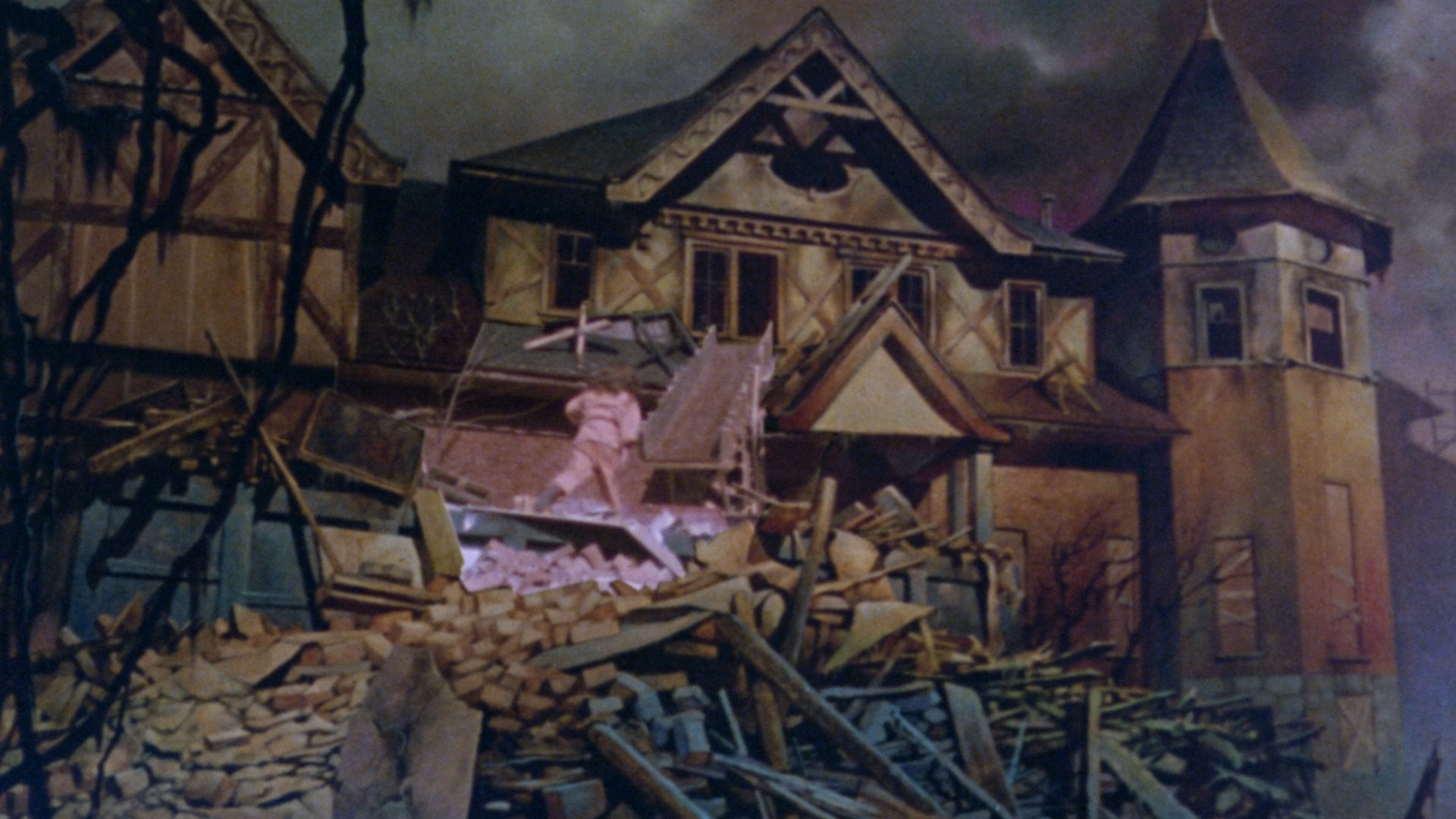 and drab by comparison), and the framing has shifted slightly to 1.78:1 versus the earlier 1.85:1 with marginally less info on the sides. 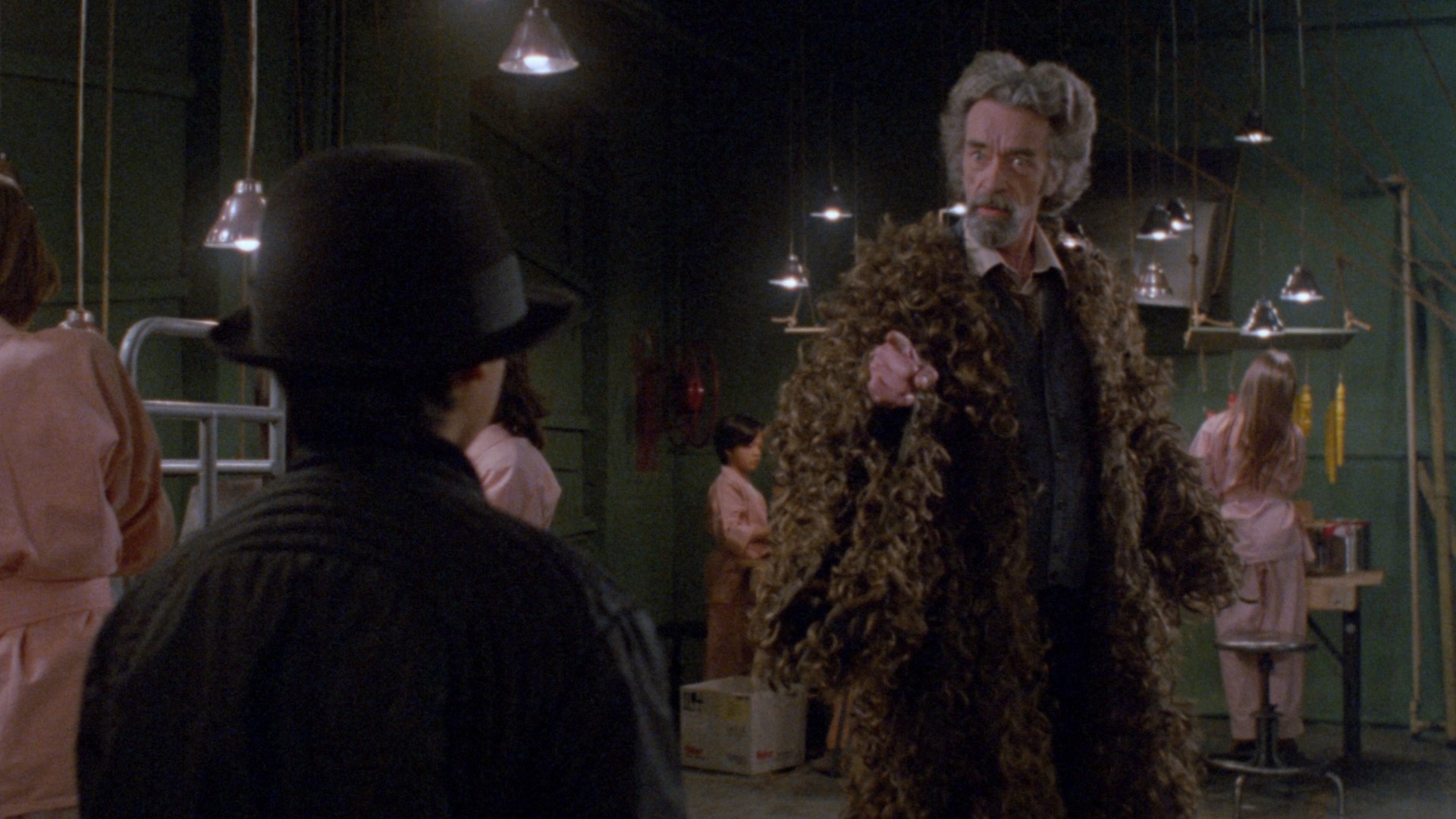 This is the usual cut we've had on home video for ages, though the slightly longer extended theatrical version released by New World in theaters (running an extra three minutes with some minor scene extensions scattered throughout) is included as an extra option from a more battered theatrical print. Both feature the English DTS-HD MA mono track, though only the main feature has optional English SDH subtitles. A new audio commentary with MacKay and producer Rock Demers in conversation with Montreal-based filmmaker Ara Ball is a treasure trove for fans of '80s Canadian filmmaking as it dives into the English vs. French language issues on the film series, the demands of children's cinema at the time, the casting process, the perils of having kids scrambling around doing minor stunts, and the thought processes behind some of the film's nuttier ideas. Demers returns for "Human Beings Are the Same All Over" (23m21s), an interview featurette about his entry into the industry after setting up film clubs and kicking off the series that became a household name in Canada. Then "Conrad's Peanut Butter Solution" (6m19s) features a brief interview with Saysanasy about how he ended up getting the role in this film and ended up landing on the far more normal Degrassi Junior High. Finally Canuxploitation!'s Paul Corupe appears in "Tales for All" (13m4s) to parse out the history and highlights from the series, which comes with some great film clips and will be enough to have you clamoring for a complete collection at some point. Also included are the Canadian and U.S. trailers, both in excellent HD quality. Hopefully this means more Tales for All titles are in the works... if the world can handle it. 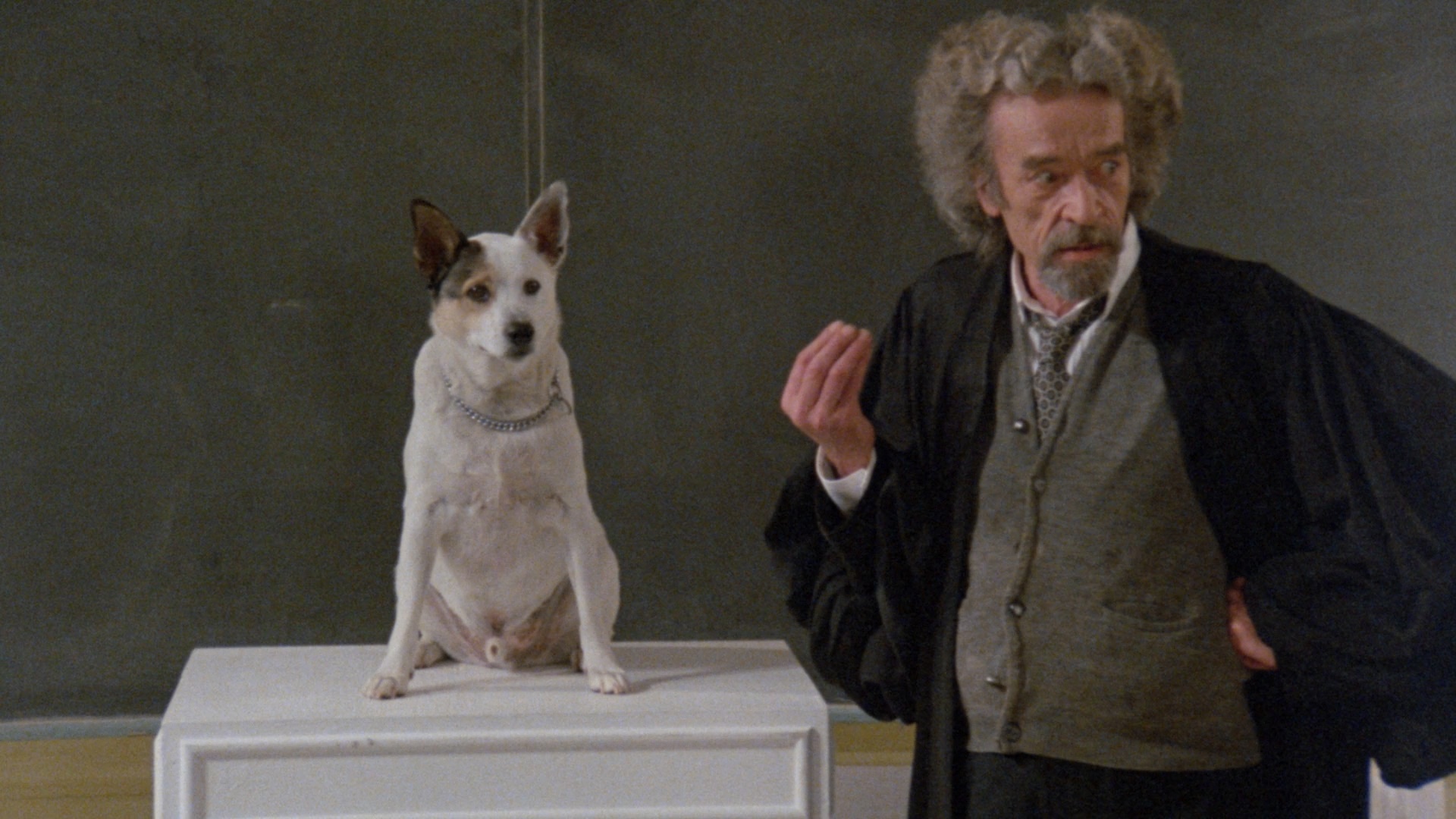 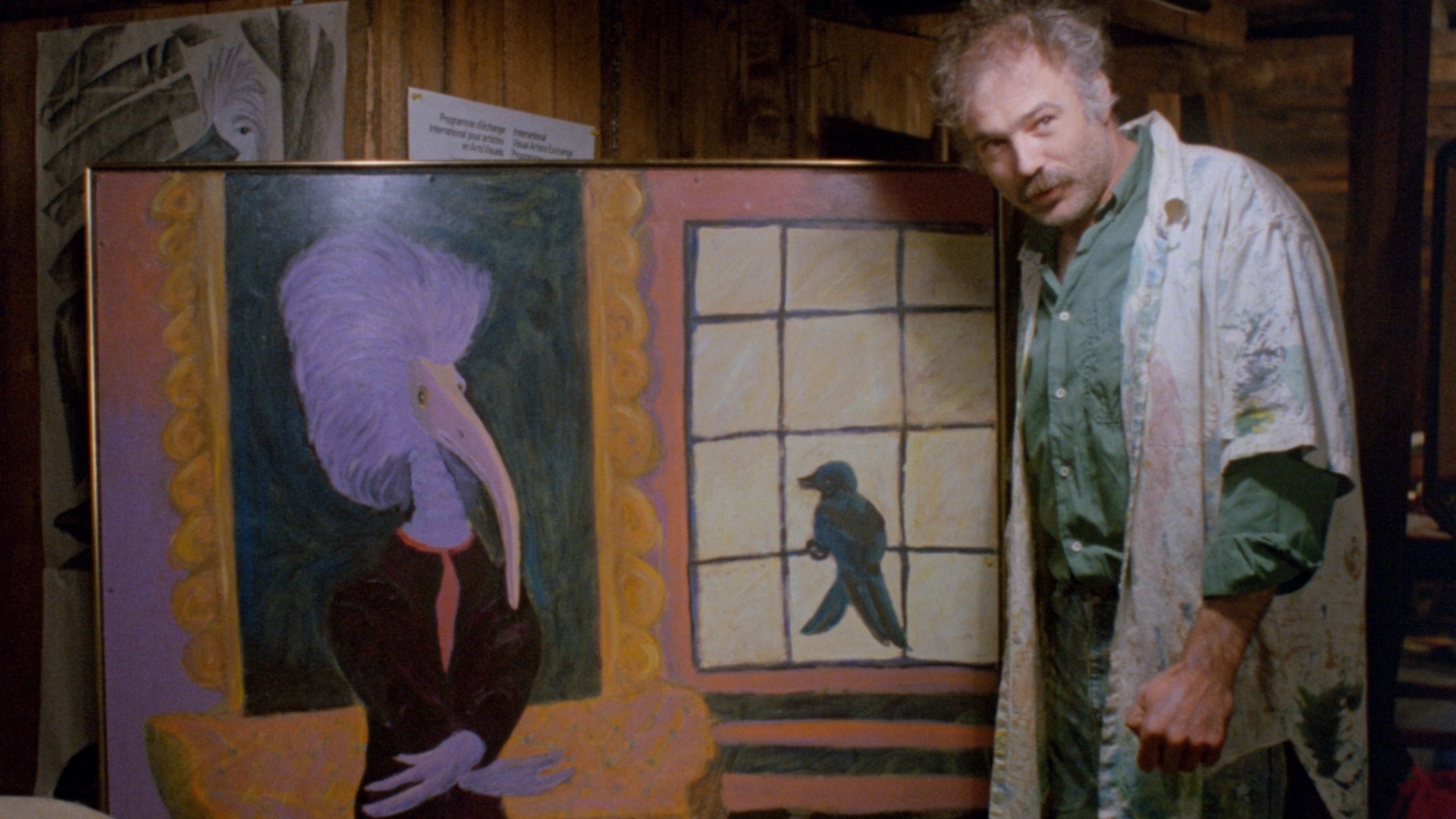 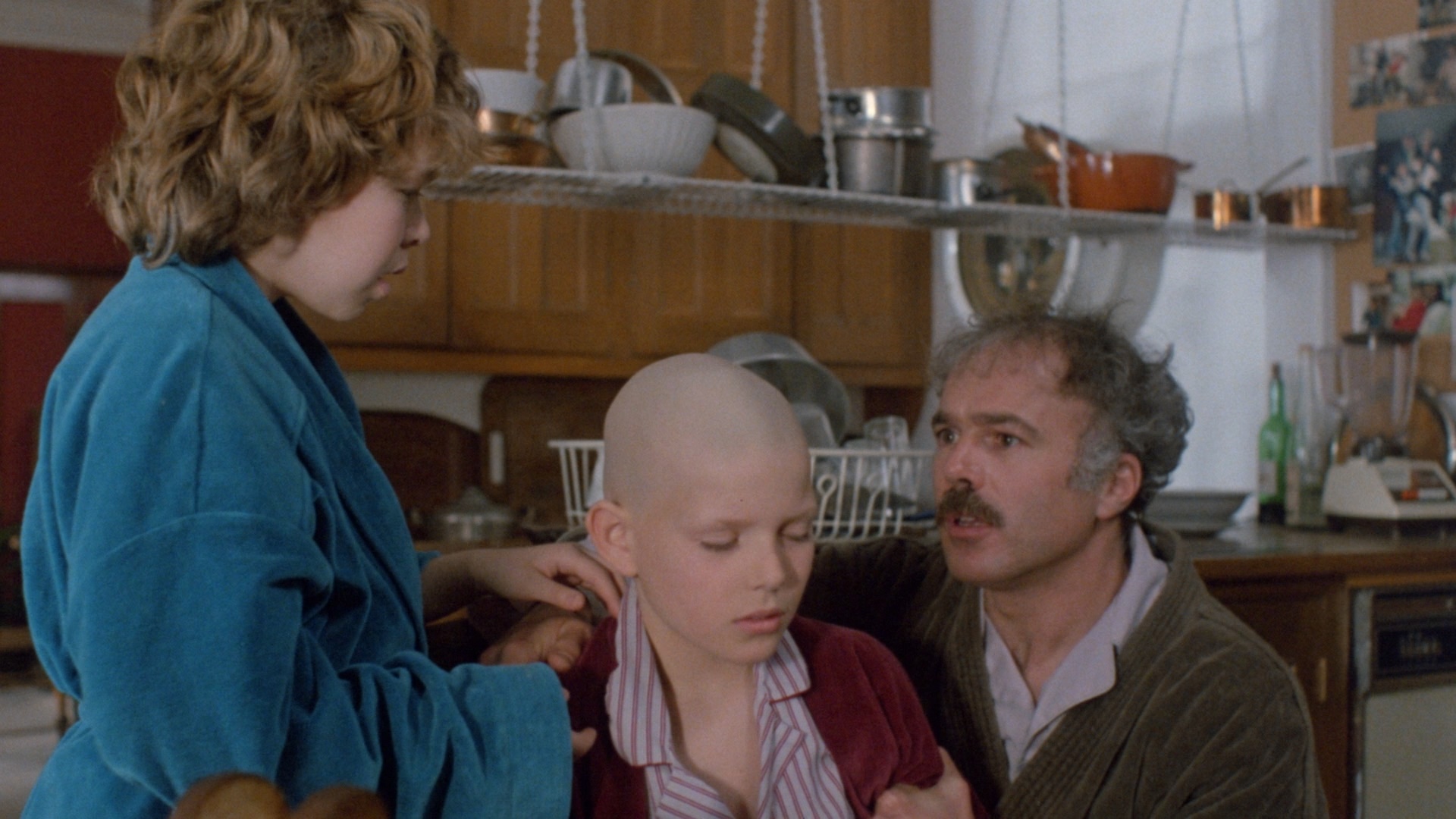 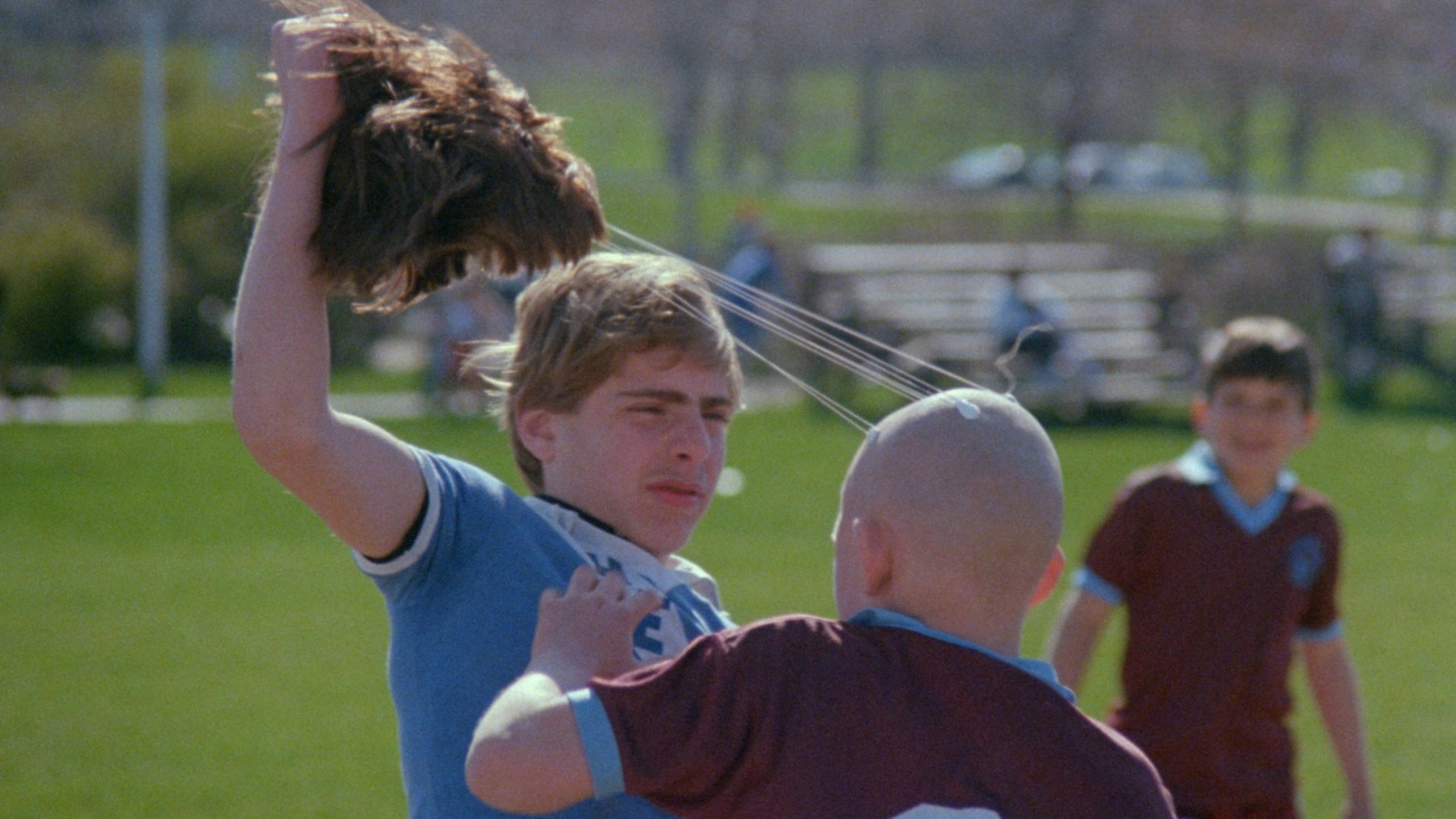 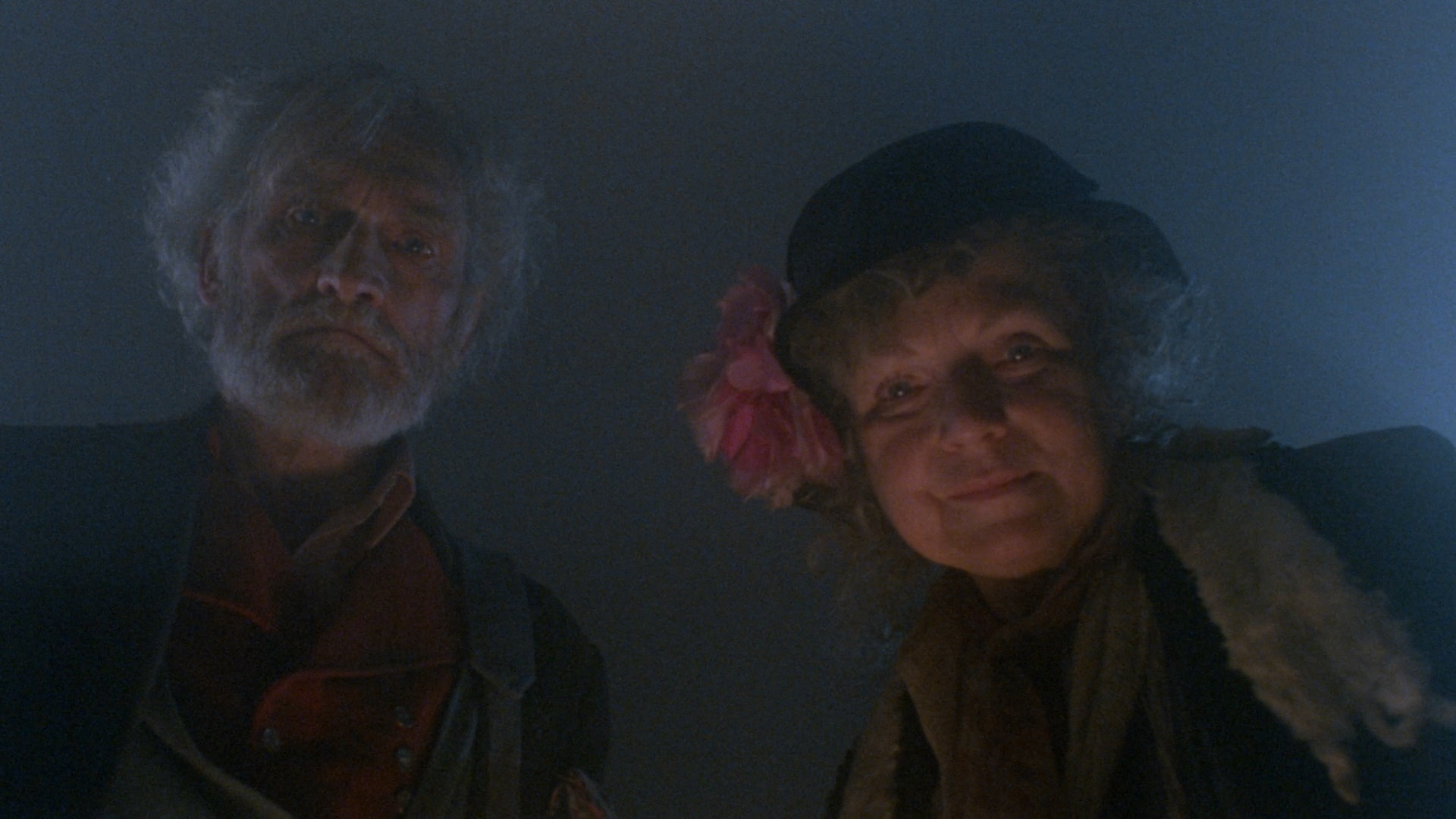 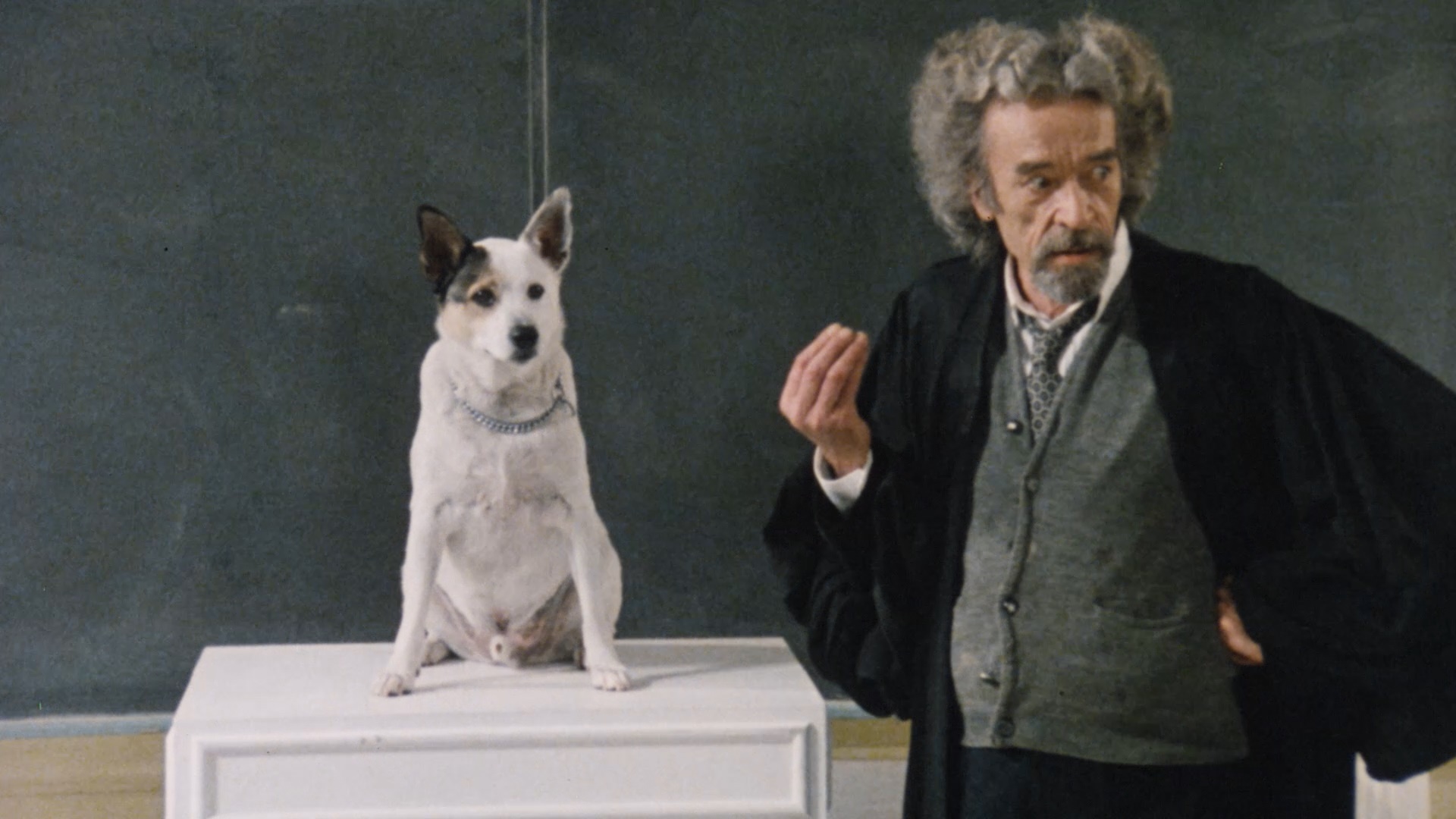 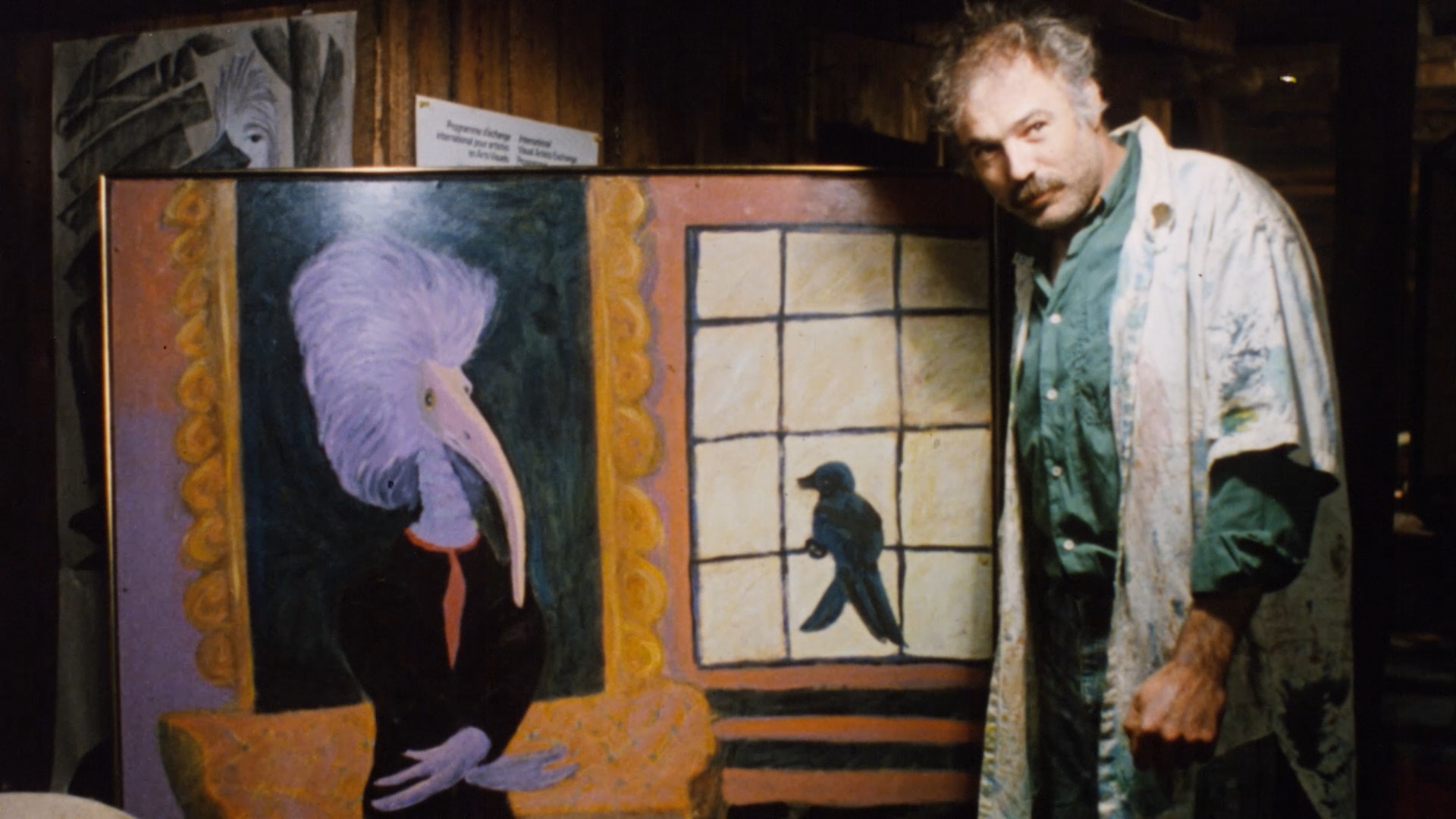 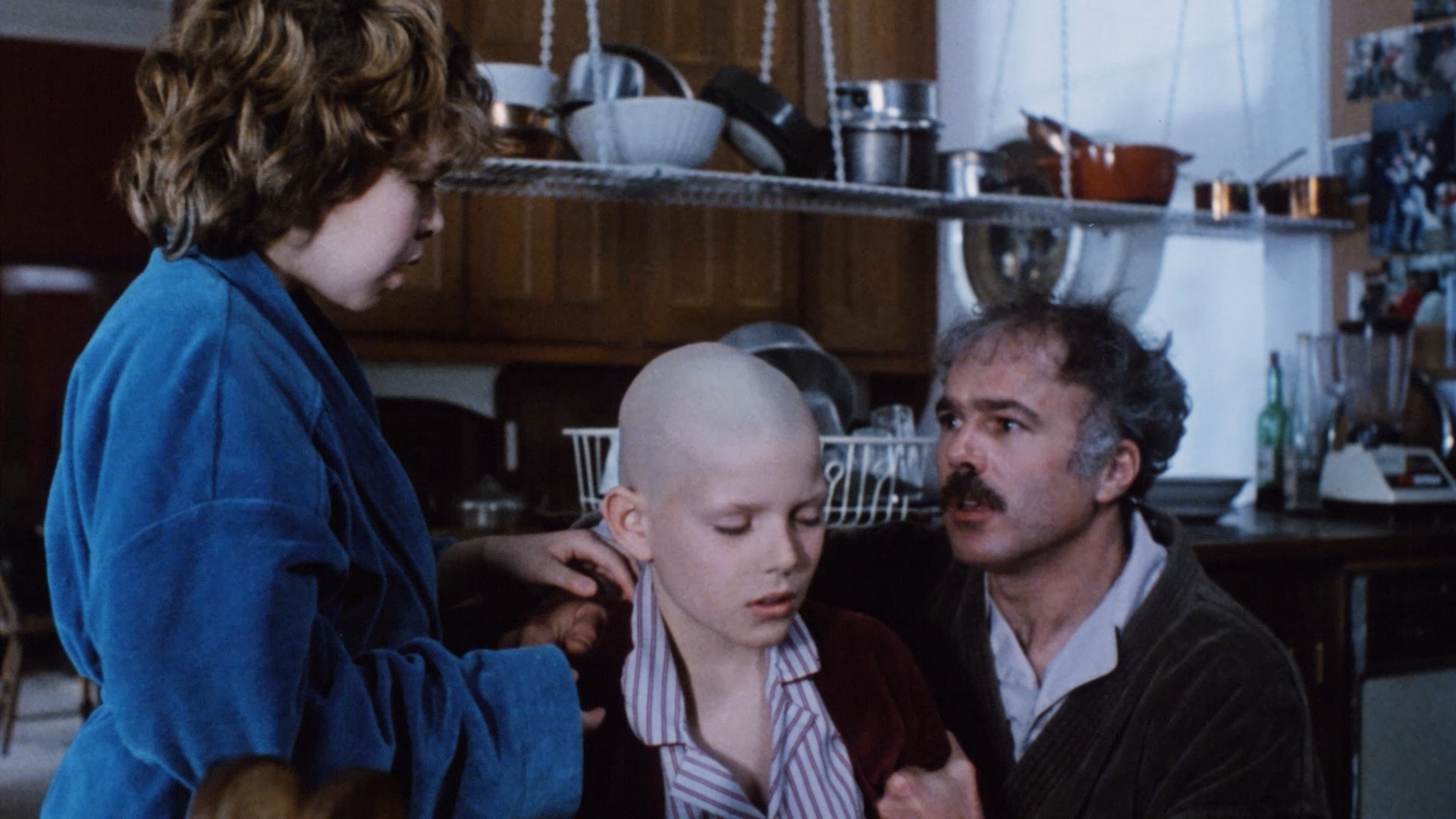 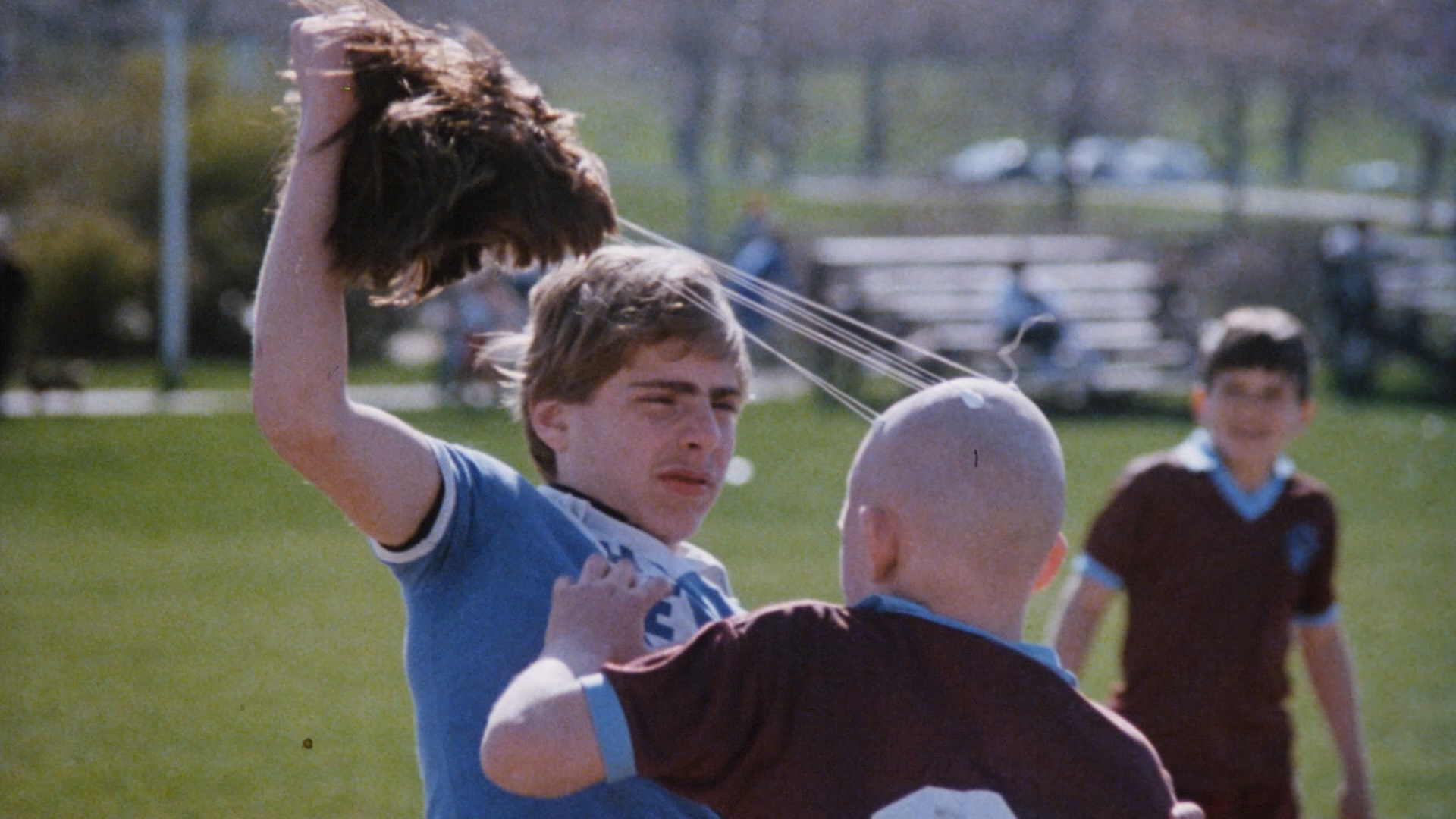 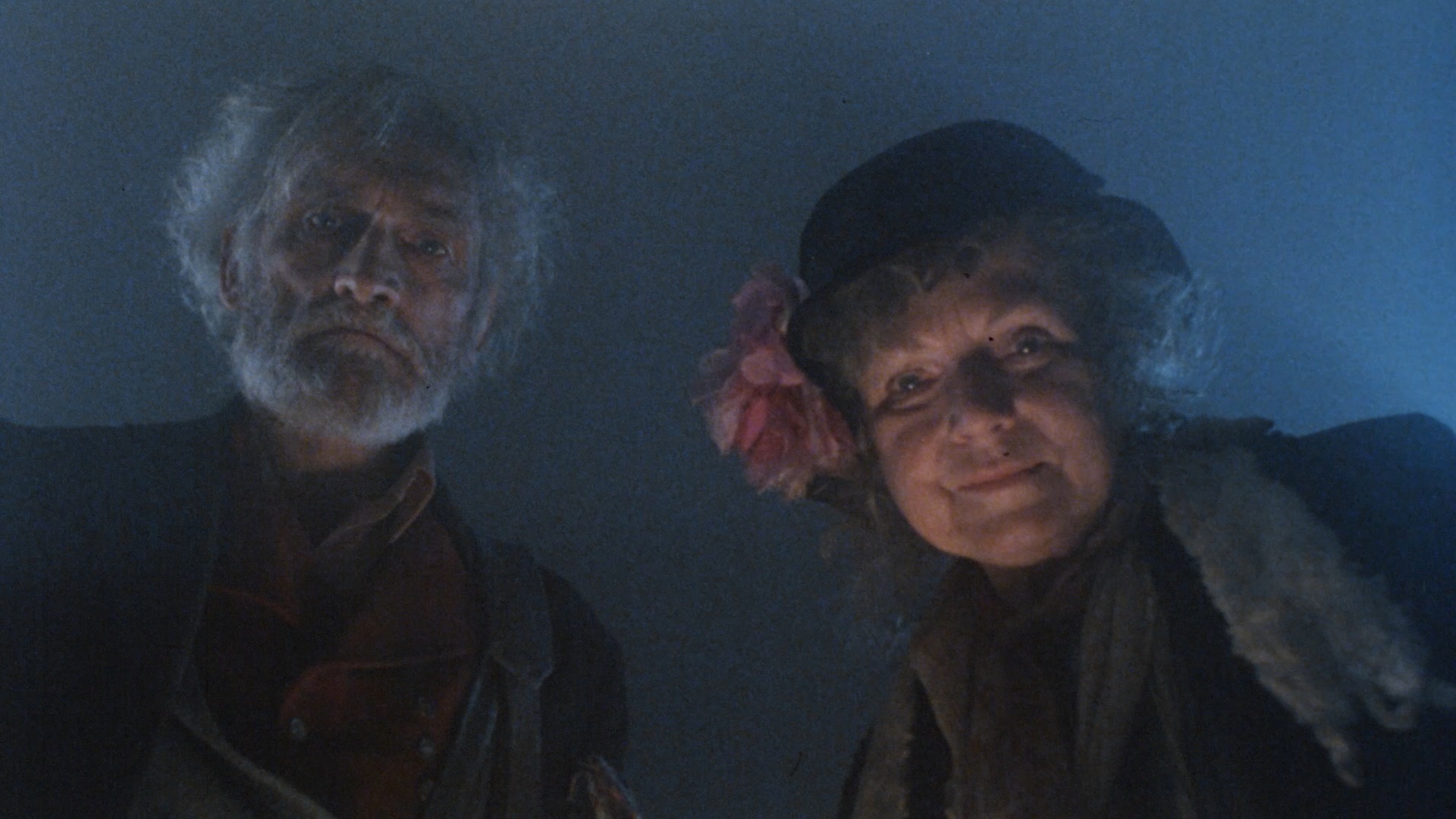 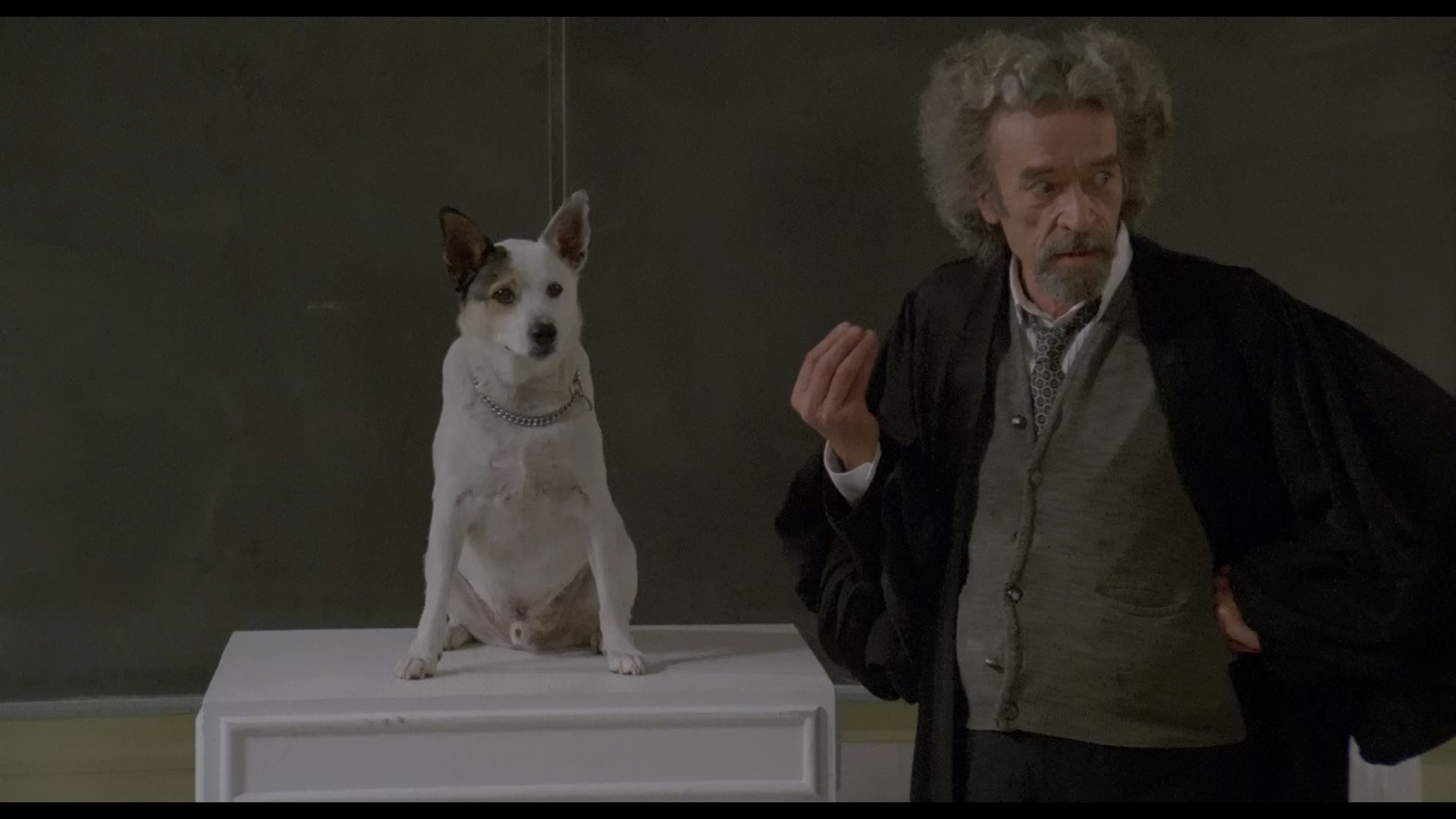 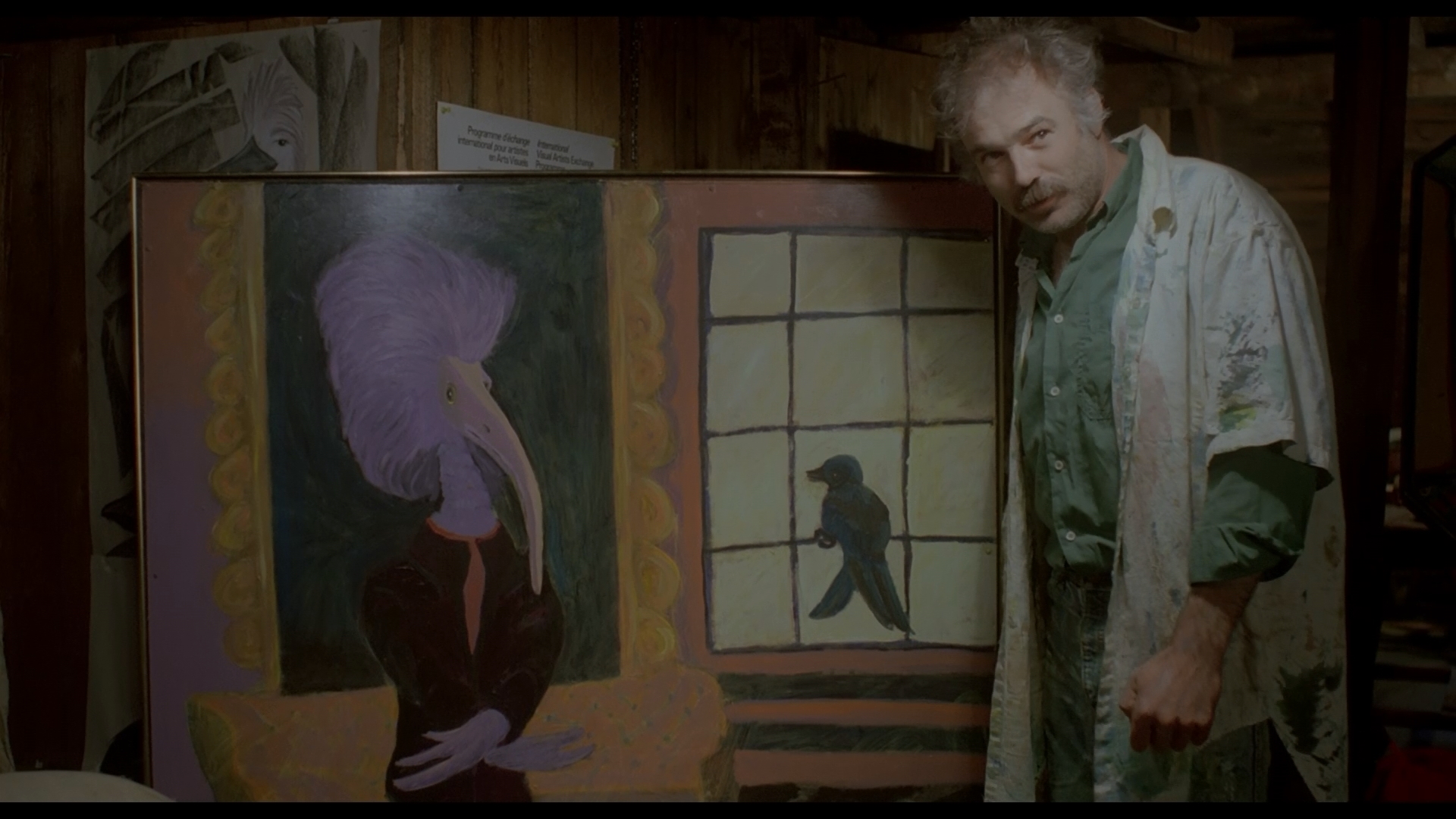 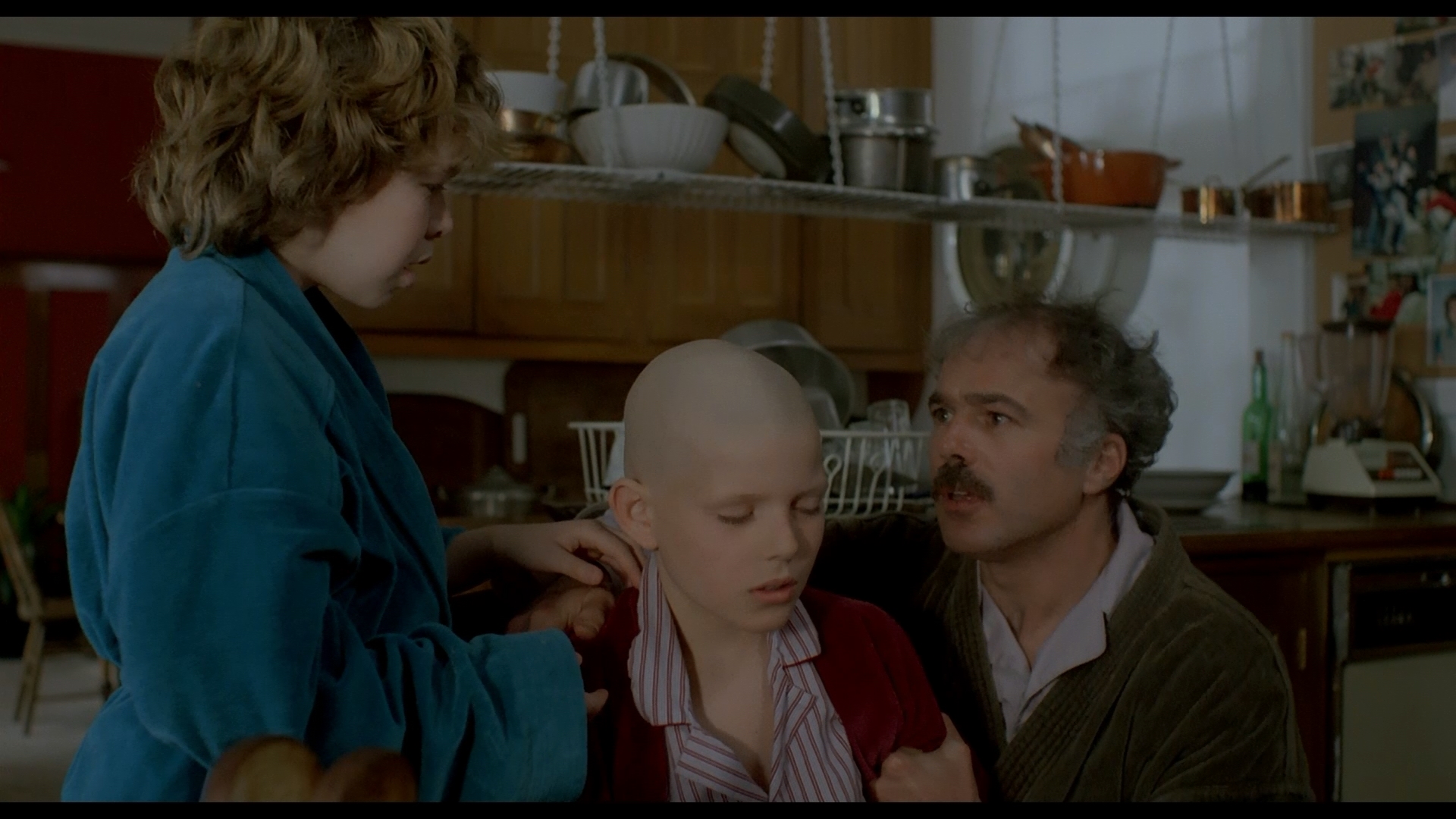 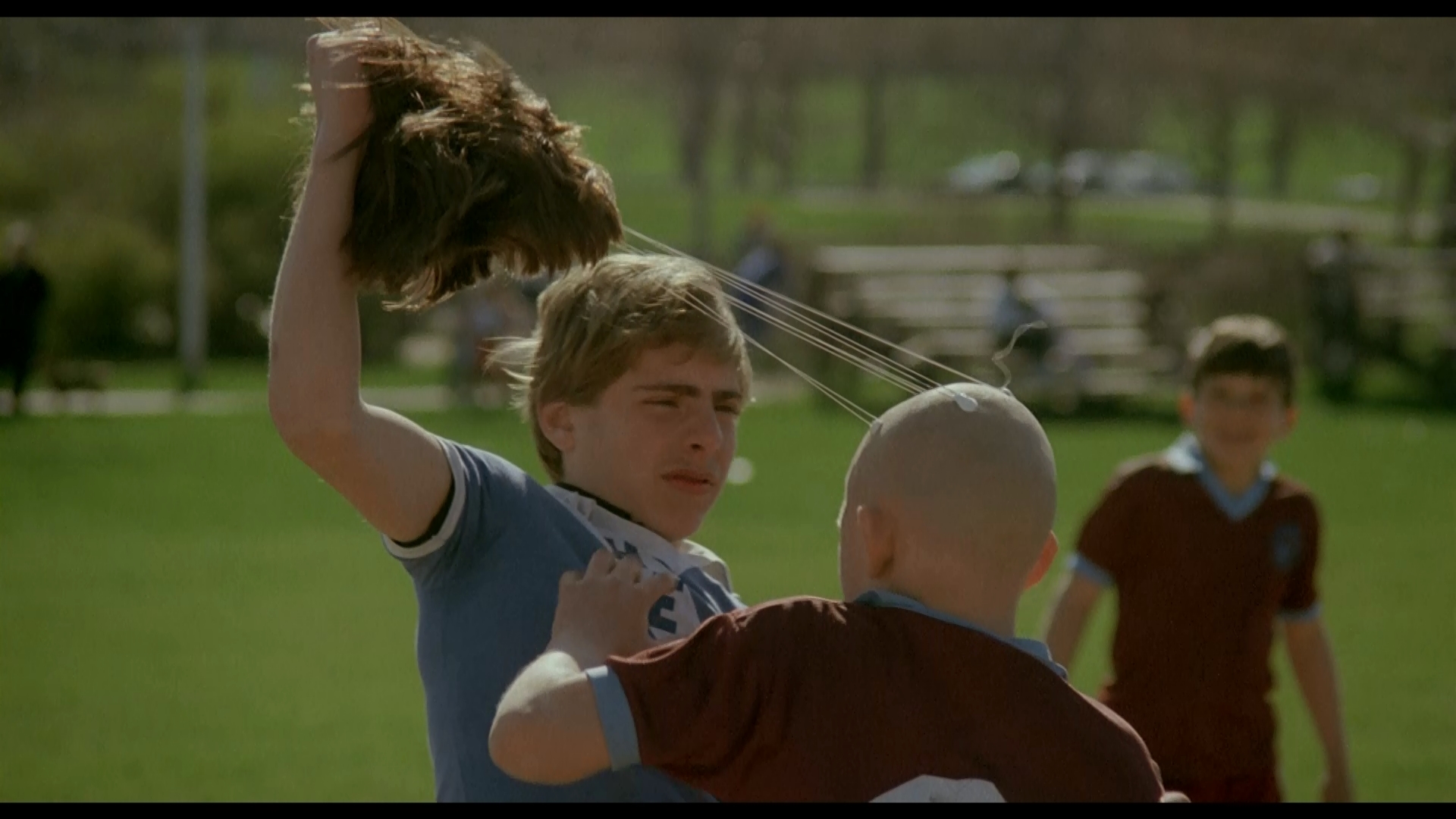 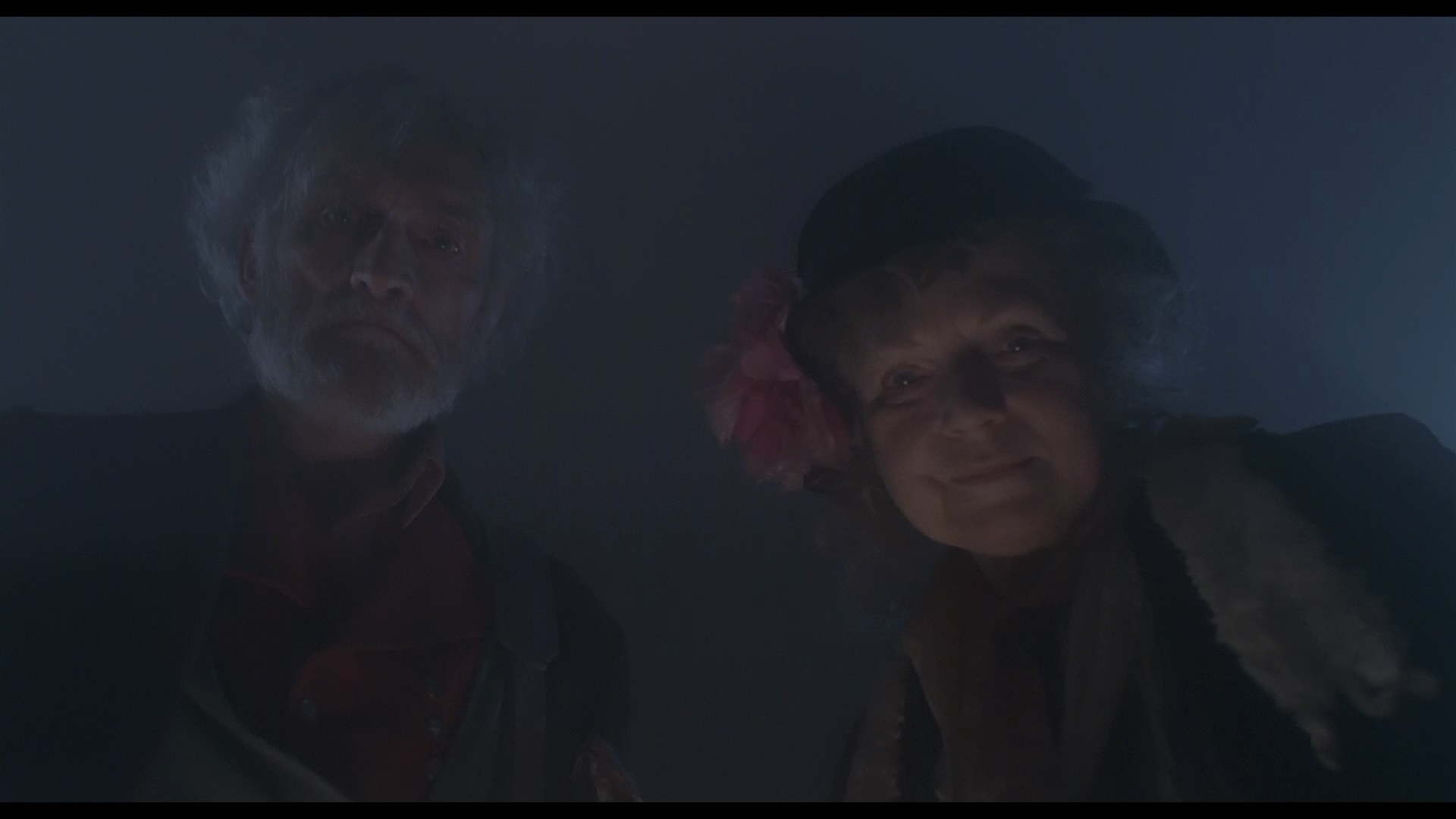