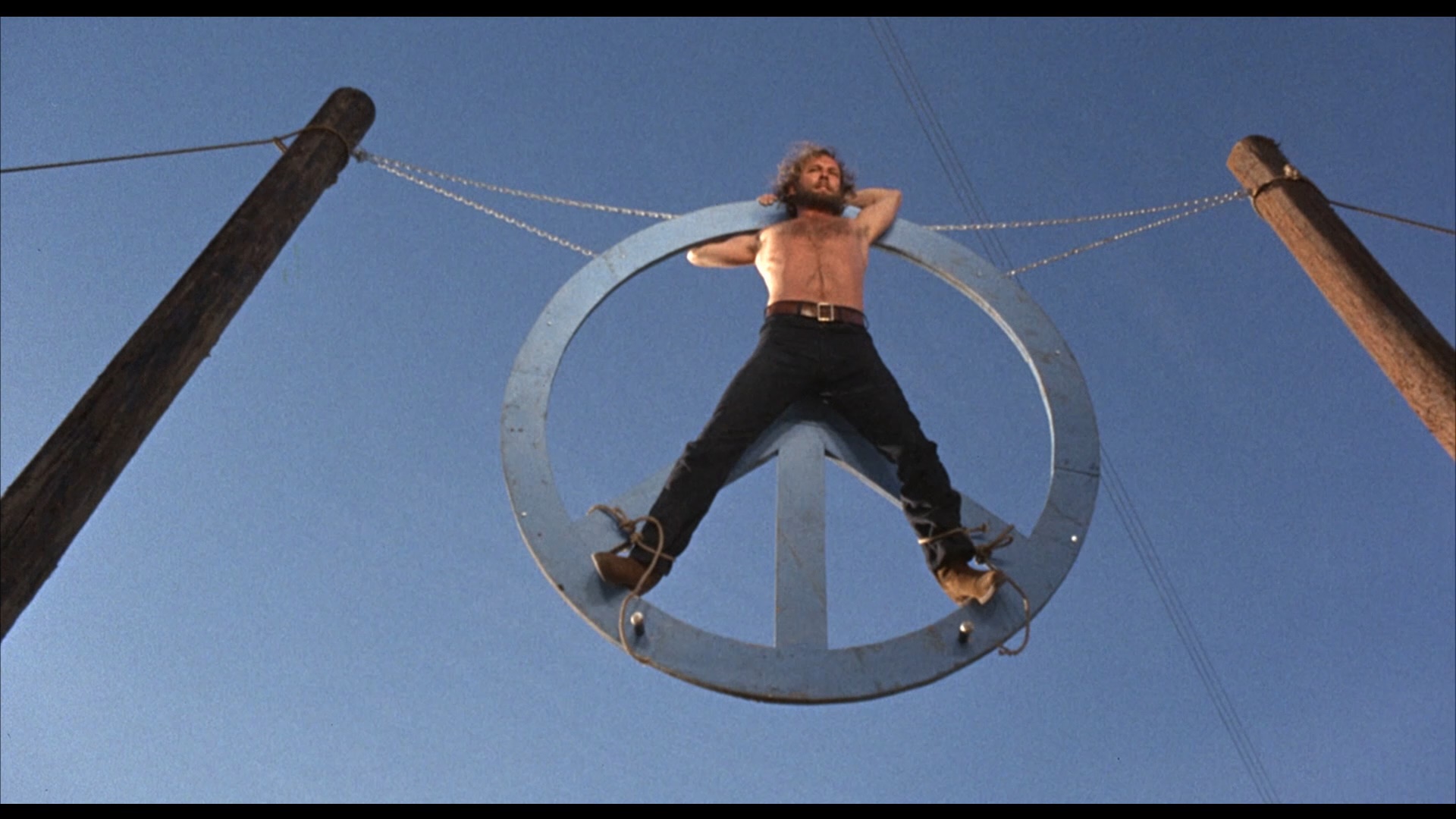 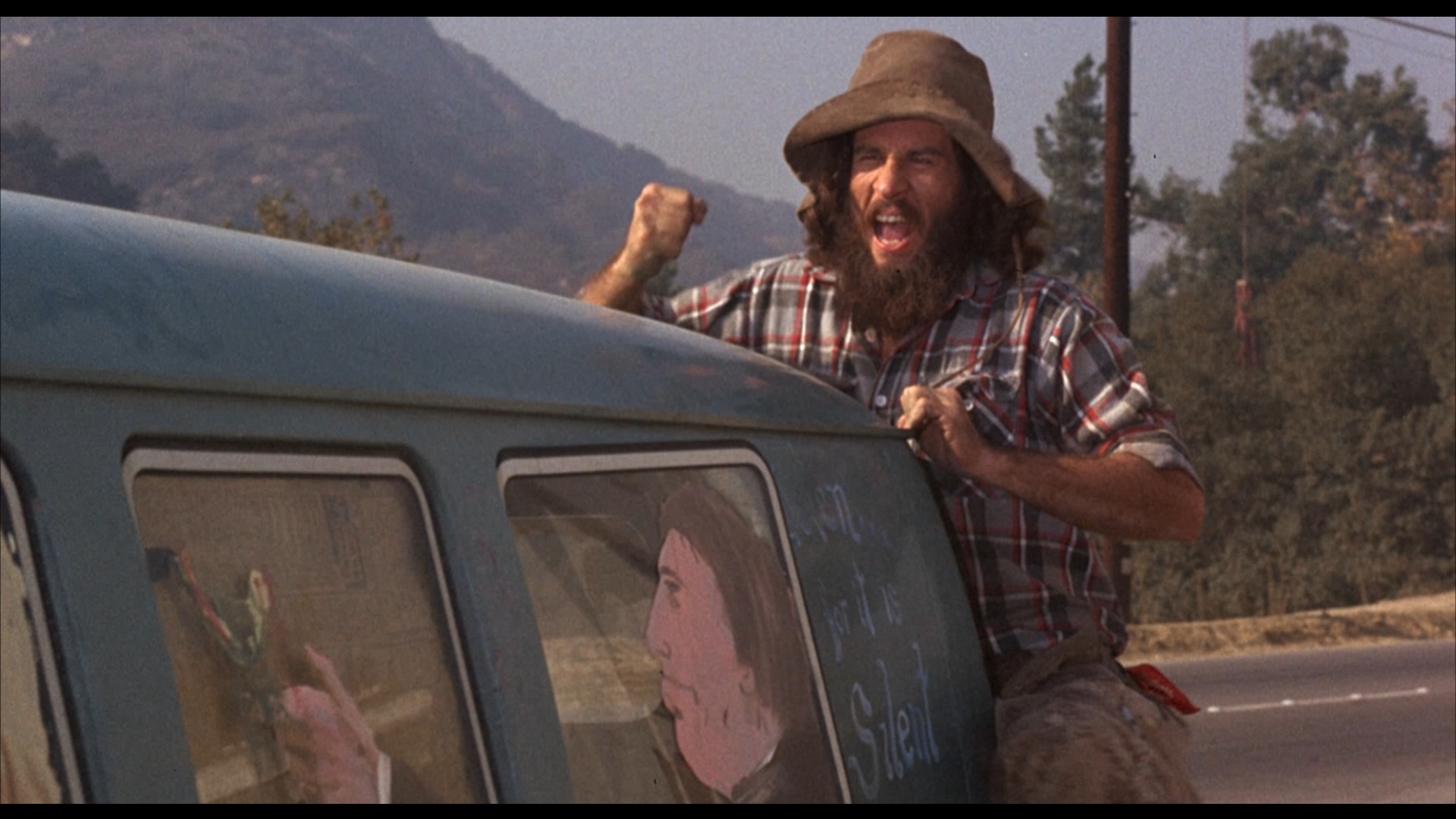 craze that erupted in the wake of Easy Rider resulted in some pretty seedy films, and a good representation of that formula can be found in the California-shot quickie The Peace Killers. One of the more prominent releases from the tiny indie outfit Transvue Pictures (who later handled Disco Godfather) and given a surprisingly saturated VHS release from New World in the mid-'80s, it's also a very typical example of the damaged state of the American psyche in the wake of the Manson murders, Vietnam, and the Altamont Hell's Angels slaying.

On the way back to her home near Tucson, hippie Kristy (The Young and the Restless' Walton), or "Kristen" as she's cited in the credits, stops off at a convenience store in Topanga Canyon with her brother, Jeff (Ontkean, way before Slap Shot and Twin Peaks). Unfortunately she's spotted by a member of the hillbilly(?) Death Row biker gang who promptly reports her presence to his leader, Rebel (Joe Kidd's Ritchie)-- her ex-boyfriend. Deciding the traumatized runaway Kristy needs to be taught a lesson via gang rape because she's "all nice and ready to get screwed," they set out to kidnap her at any cost and force the siblings to seek shelter at a commune. Unfortunately the bikers show up (after eliciting some tortuous information via a pencil and flare), crucify the leader Alex (Prokop) on a gigantic peace symbol, and subject our heroine to a drugged-out ordeal you 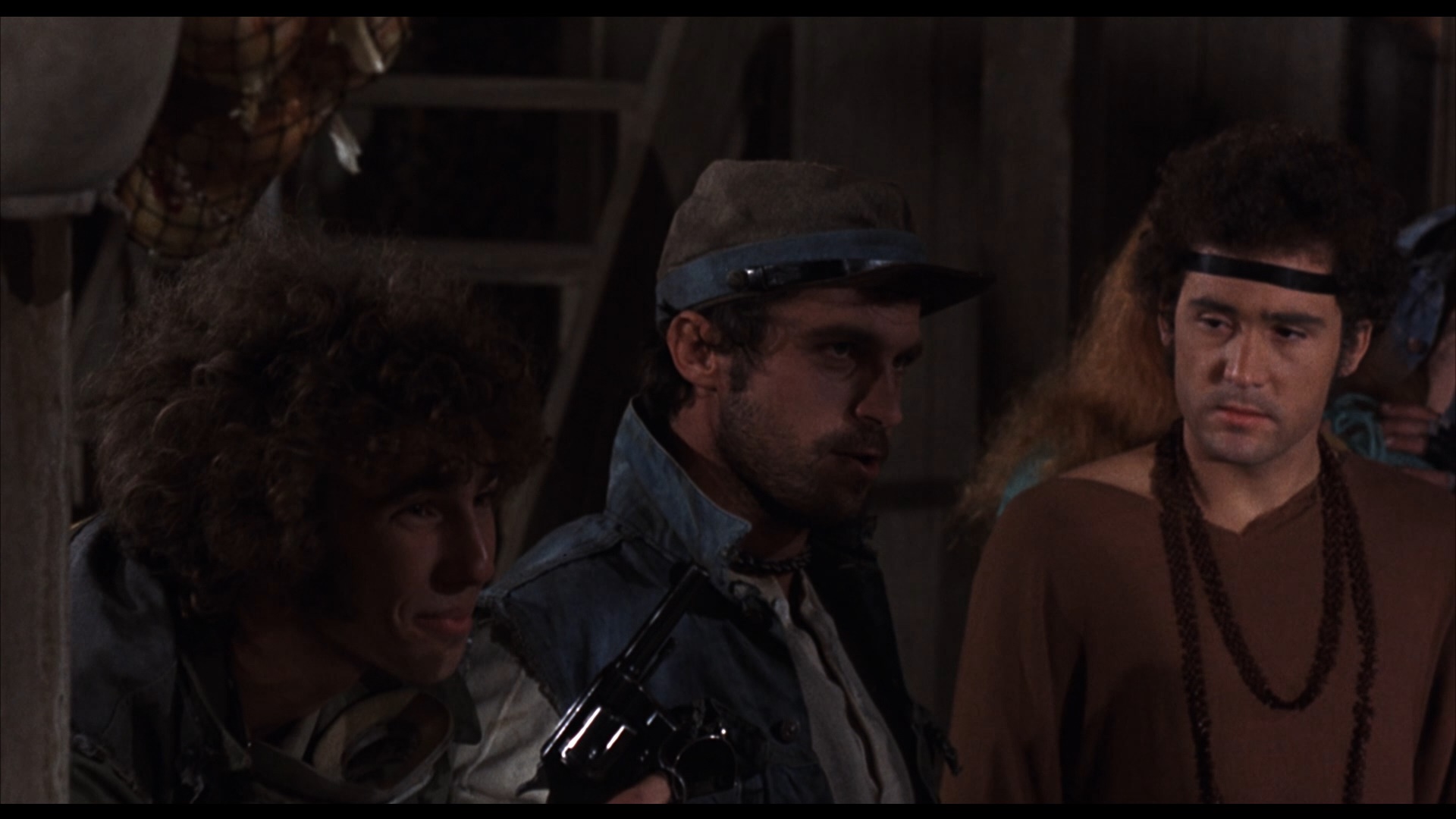 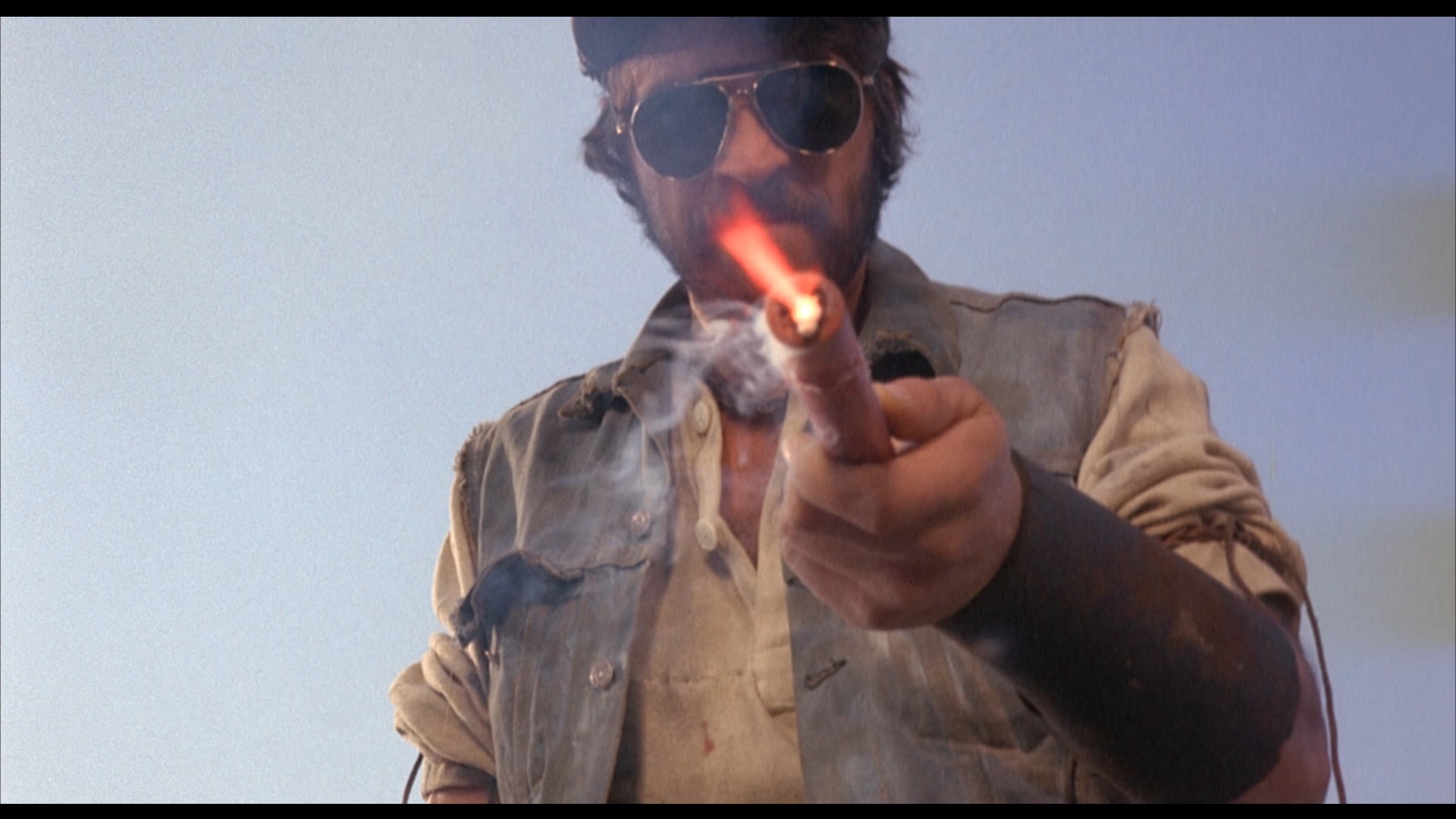 believe. That leaves the hippies no choice but to team up with a rival biker gang run by Rebel's biggest rival, Black Widow (Roby), who has a huge axe to grind...

A relentless brew of sex and violence from start to finish, this one was designed to bring down the house and certainly delivers all the way to the big climactic brawl. There's also an interesting ongoing theme of pacifism versus violence, which ties in to the heavy focus on sexual assault that may seem far afield of today's cultural climate but at least serves as a major plot point (and provides Ritchie with some genuinely repugnant dialogue). The scar-faced, wild-eyed Roby is really something to behold here, too, and the soundtrack is a snappy concoction of funky grooves and sentimental strings that supports the action well.

Previously released as a no-frills DVD-R from current rights holder MGM, The Peace Killers revs onto Blu-ray from Scorpion Releasing with a colorful, very pleasing transfer that's up there at the top end of '70s catalog transfers from the studio. The film has been kept in great shape, and the DTS-HD MA English mono track (with optional English SDH subtitles) is also in fine condition. A new audio commentary by director-editor Douglas Schwartz, screenwriter Michael Berk and actor Gary Morgan does a solid job of identifying the 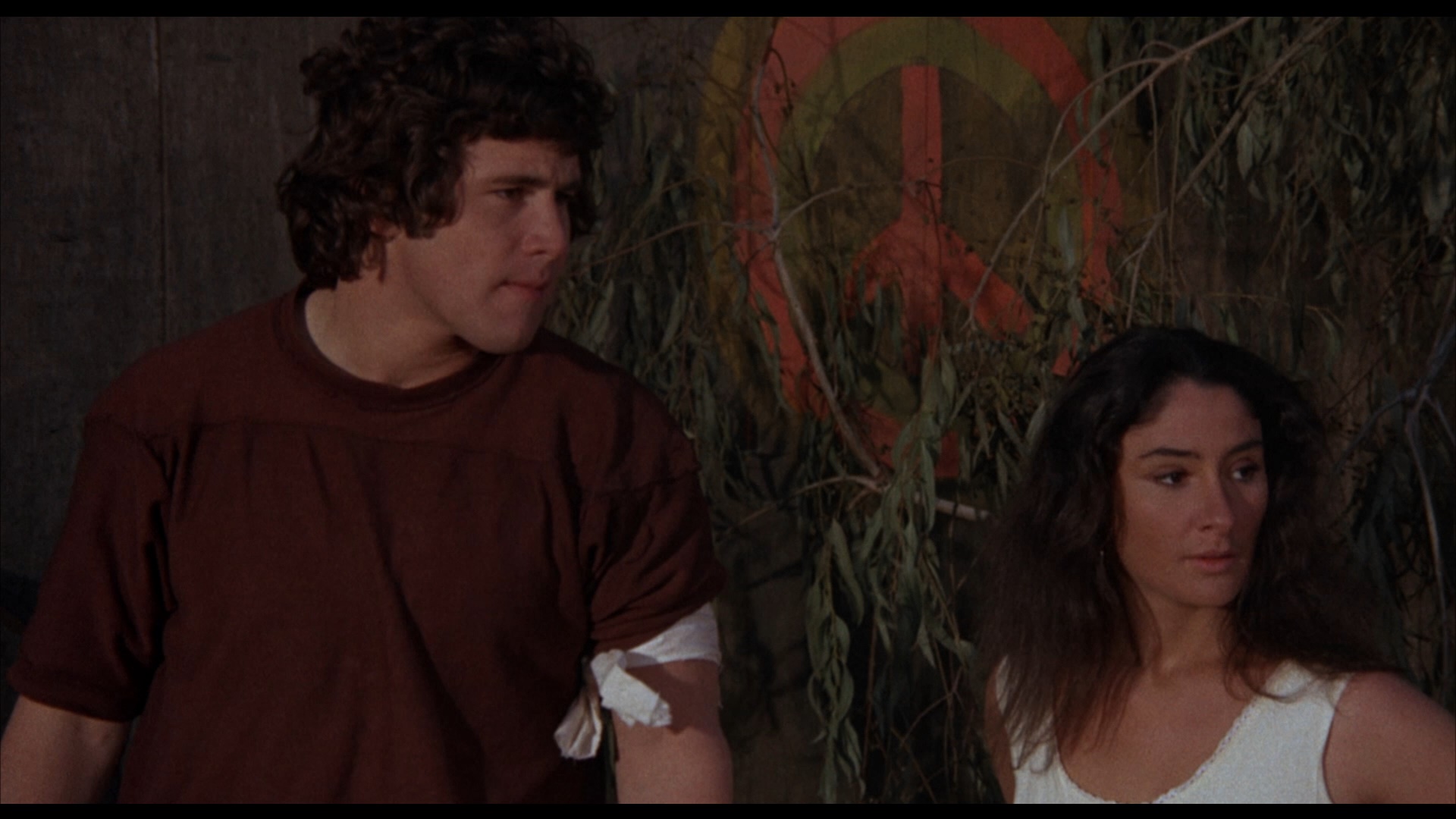 various bit players and crew members (including a young Jack Fisk and composer Ken Wannberg), noting the majority of the shooting locations 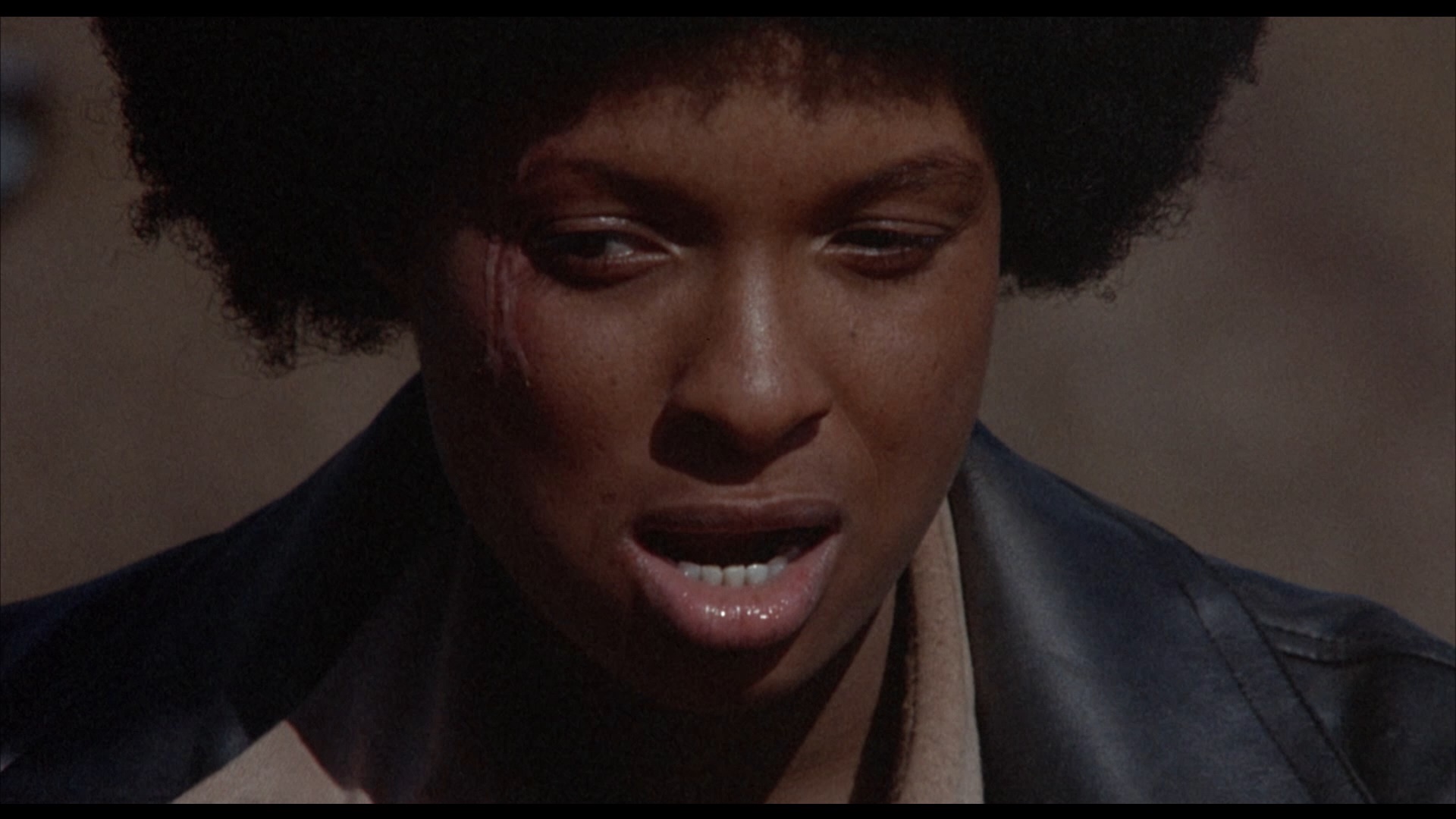 around Paramount Ranch in Agoura Hills (despite the purported Arizona setting, which is a little confusing at times), and explaining how they were all hippies at the time basically making a commercial product after being turned down for a romantic comedy. Schwartz and Berk also went on to co-create Baywatch, so... Hollywood is weird. Those two (who are first cousins) also turn up for a more general video interview (9m45s) explaining how they basically switched careers in their early twenties to make this film for $100,000 in 1970 and ended up on the map, with Schwartz also noting the impact of his uncle, Sherwood Schwartz of Gilligan's Island fame. Also included are bonus trailers for Angel Unchained, The Cycle Savages, Youngblood, and Bucktown.