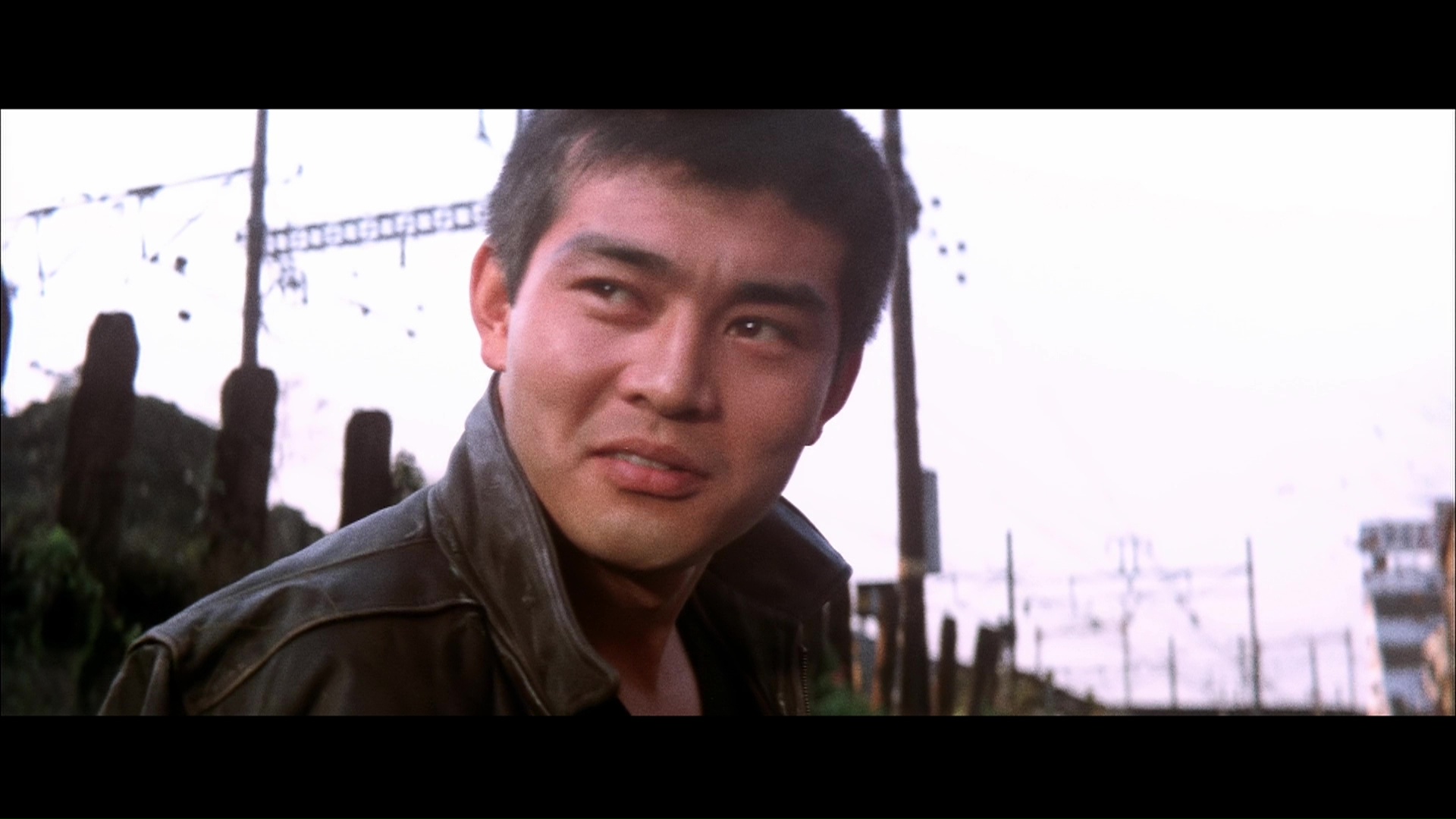 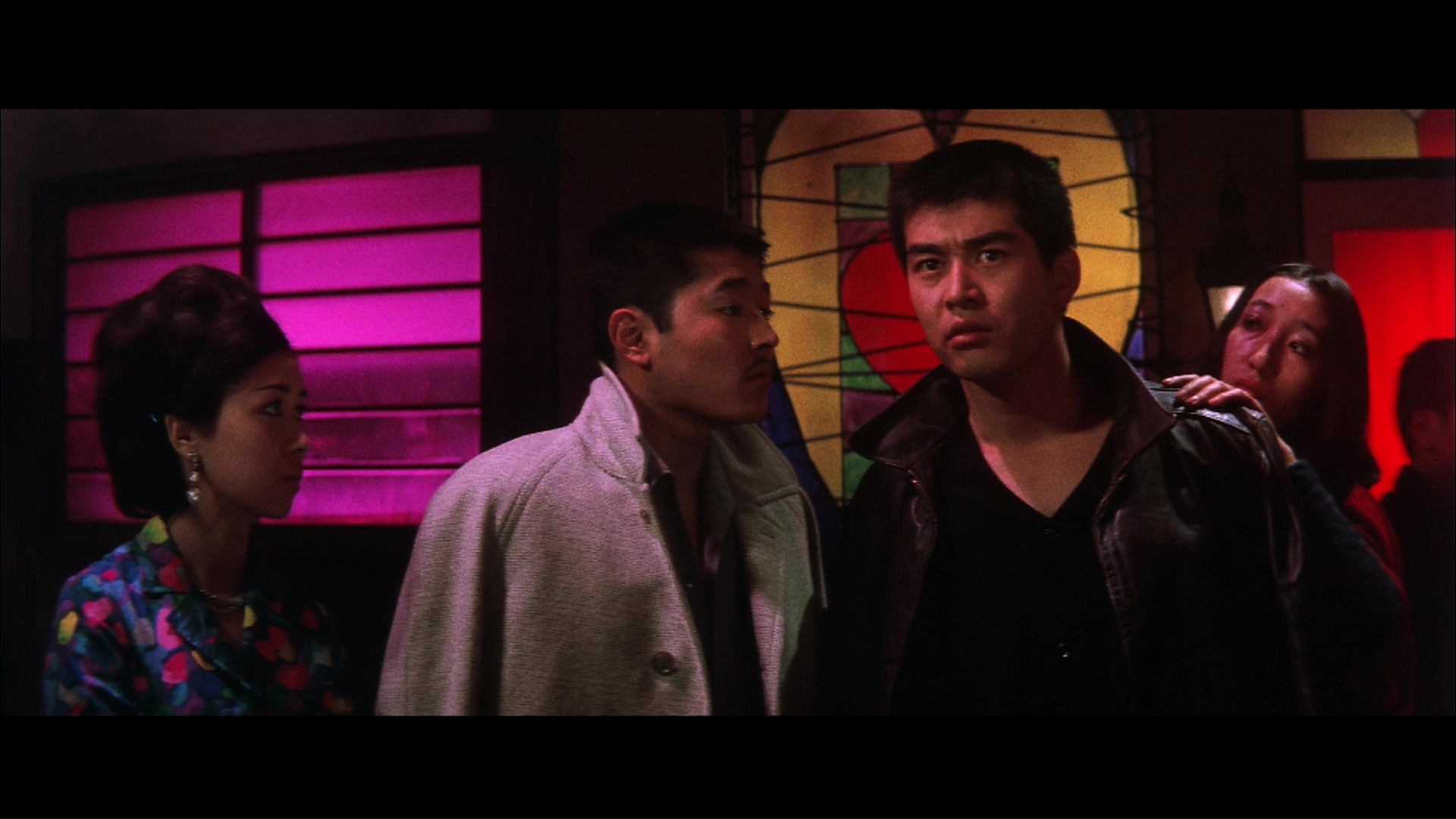 A sprawling yakuza yarn loosely based on a true story (though it claims to be fictitious), this six-film series released in under two years(!) charts the progression of Goro, who drifts in and out of yakuza service over the years from postwar Japan through the mid-1960s. Born to a prostitute and traumatized by the death of his sister at a young age, our antihero repeatedly tries to find a way to make a living outside of the yakuza lifestyle in Japan but, postwar economics being what they are, keeps getting dragged into a world of violence and betrayal.

An unsung masterpiece, the first film in the series, Outlaw: Gangster VIP, is a highly effective tale and a powerful star vehicle for Tetsuya Watari, who starred in each of the six films and also appeared in Tokyo Drifter and Yakuza Graveyard. Weirdly, he would also go on to appear in 1975's Kinji Fukasaku film, Graveyard of Honor, based on a semi-autobiographical novel by Goro Fujita -- which also inspired this series. Here the character is far less of a psychopath and more of a psychologically damaged young man trying to improve himself. Instead he proves himself problematic as a killer (unable to hit vital organs with a three-inch knife in one early scene) and finds that making friends never pays off since they either get killed off or stab him in the back. Some jail time, a girlfriend outside the lifestyle, an early example of yakuza pinkie chopping, and other thrills pile up along the way as Goro heads to a memorable showdown against a mob boss memorably set against the backdrop of a cabaret act. It's all beautifully handled and a fine example of yakuza cinema from Nikkatsu, a studio normally 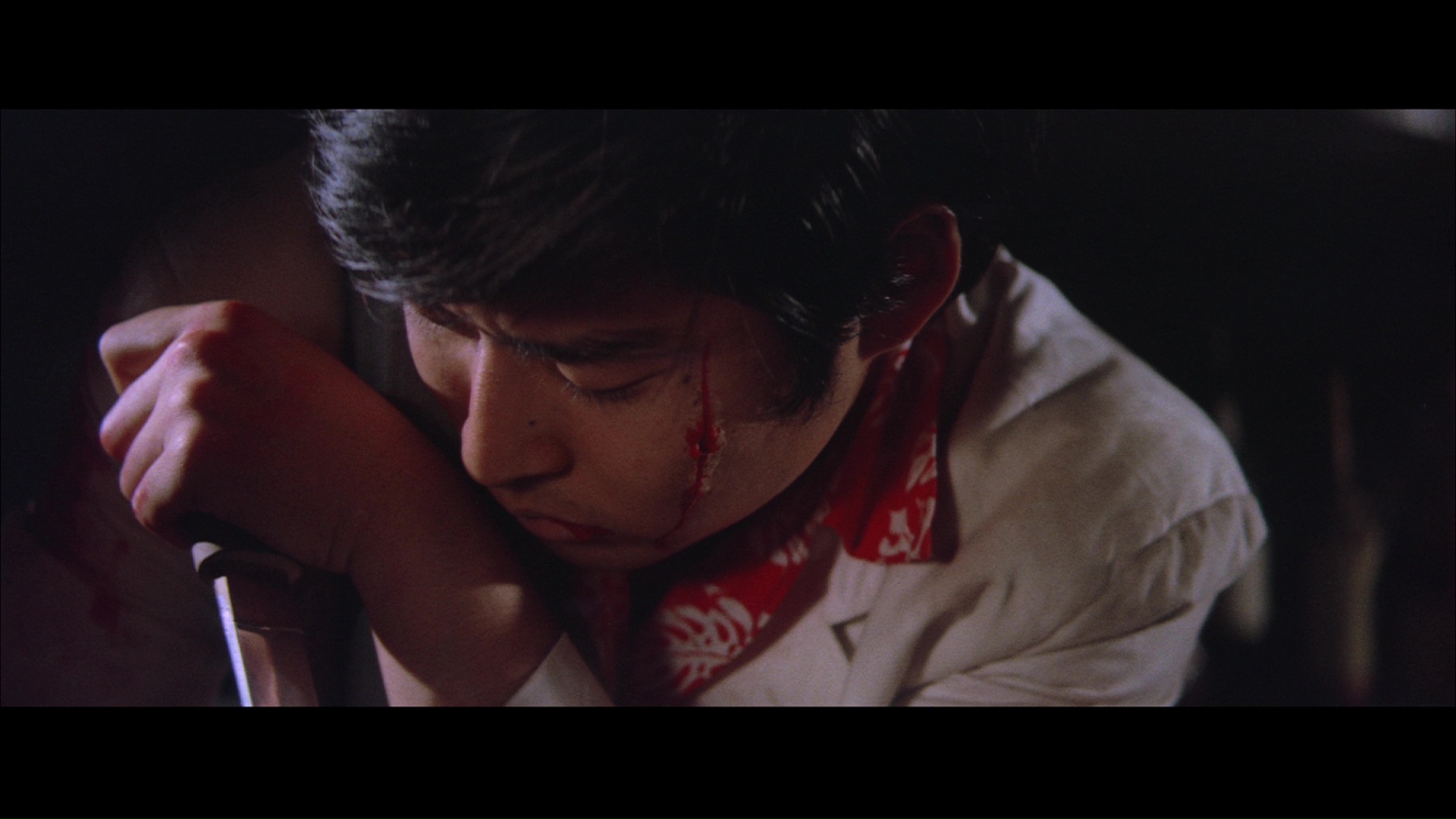 known for handling more upscale crime material around the time.

In the second film, Outlaw: Gangster VIP 2, Goro winds up in a romantic triangle between two innocent women as he tries to live as an honest man chopping trees and doing other manual labor. However, the underworld beckons when he can't 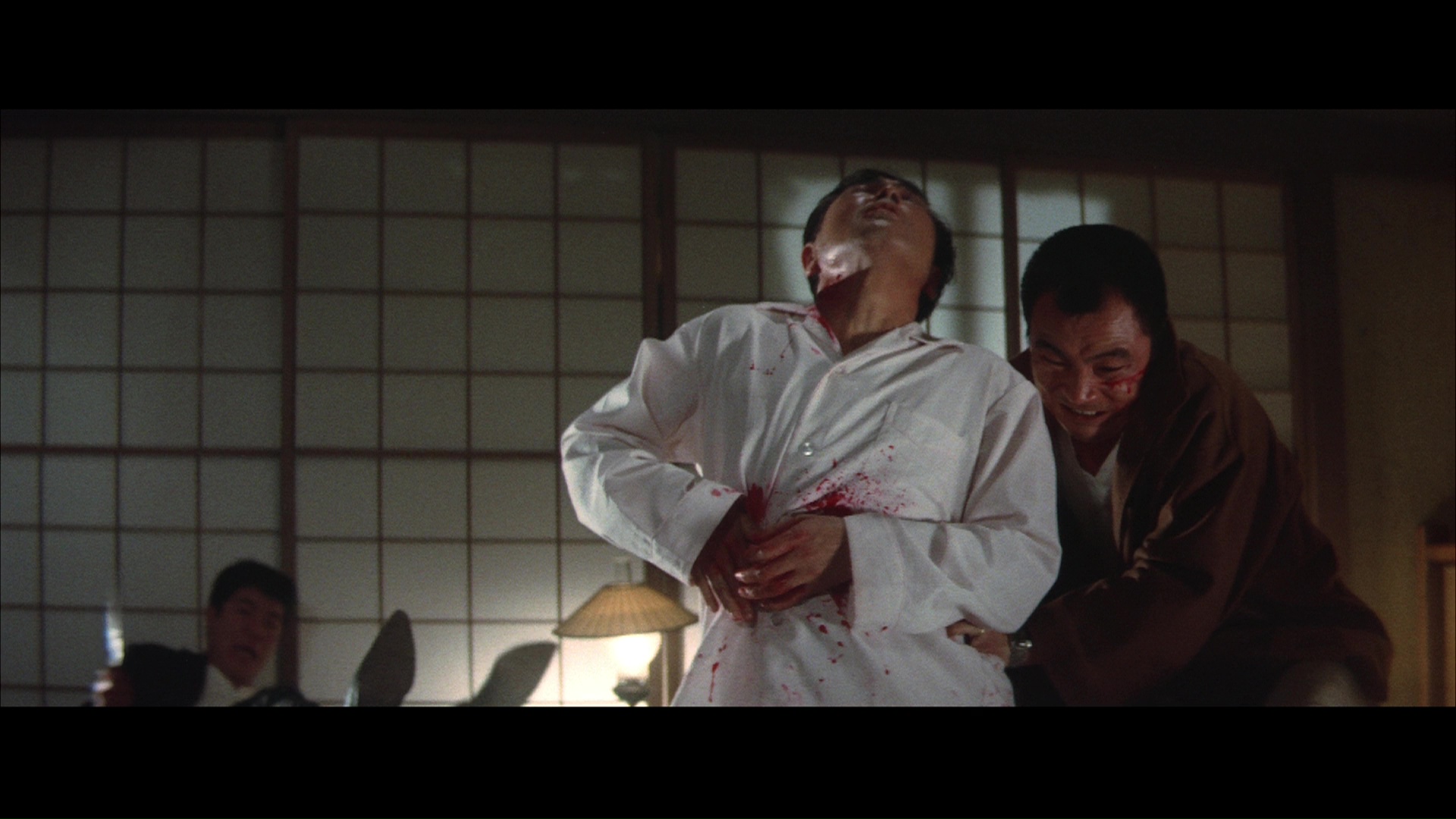 make ends meet in the snowy wilderness and enters the Yokohama crime scene. The concept of yakuza-controlled prostitution becomes key here as well, and keep an eye out for a young Meiko Kaji (with some gigantic earrings!), who would go on to star in the Stray Cat Rock and Female Convict Scorpion films. It's the longest and least effective of the series, pretty much rehashing elements of the first film with a bit less enthusiasm, but it's still a strong crime yarn and necessary so you can keep moving ahead to the rest of the series. In Heartless, we jump forward a year (or perhaps back -- the time frame here is really sketchy) as Goro's stuck in another gang war at a seaside town where he takes on a mentor and brother figure of sorts but gets framed for the killing of a key mob figure. The fallout leads to numerous knife fights and melodramatic family confrontations, including a mission to take care of a debtor that turns into a salvation mission for a sickly wife, eventually leading to a memorably splashy finale involving a ton of overturned paint cans.

By the time we reach film four, Goro the Assassin, he's sent to jail for killing another crime boss but gets parole after a few months and decides to go straight. He soon dives into the world of strip clubs and burgeoning new gangs, not to mention a gig fixing swimming pools and another doe-eyed love interest. Some of the series' most brutal moments are here including some nasty sword attacks and a brutal bit involving a hammer and a thumb. In Black Dagger, Goro ends 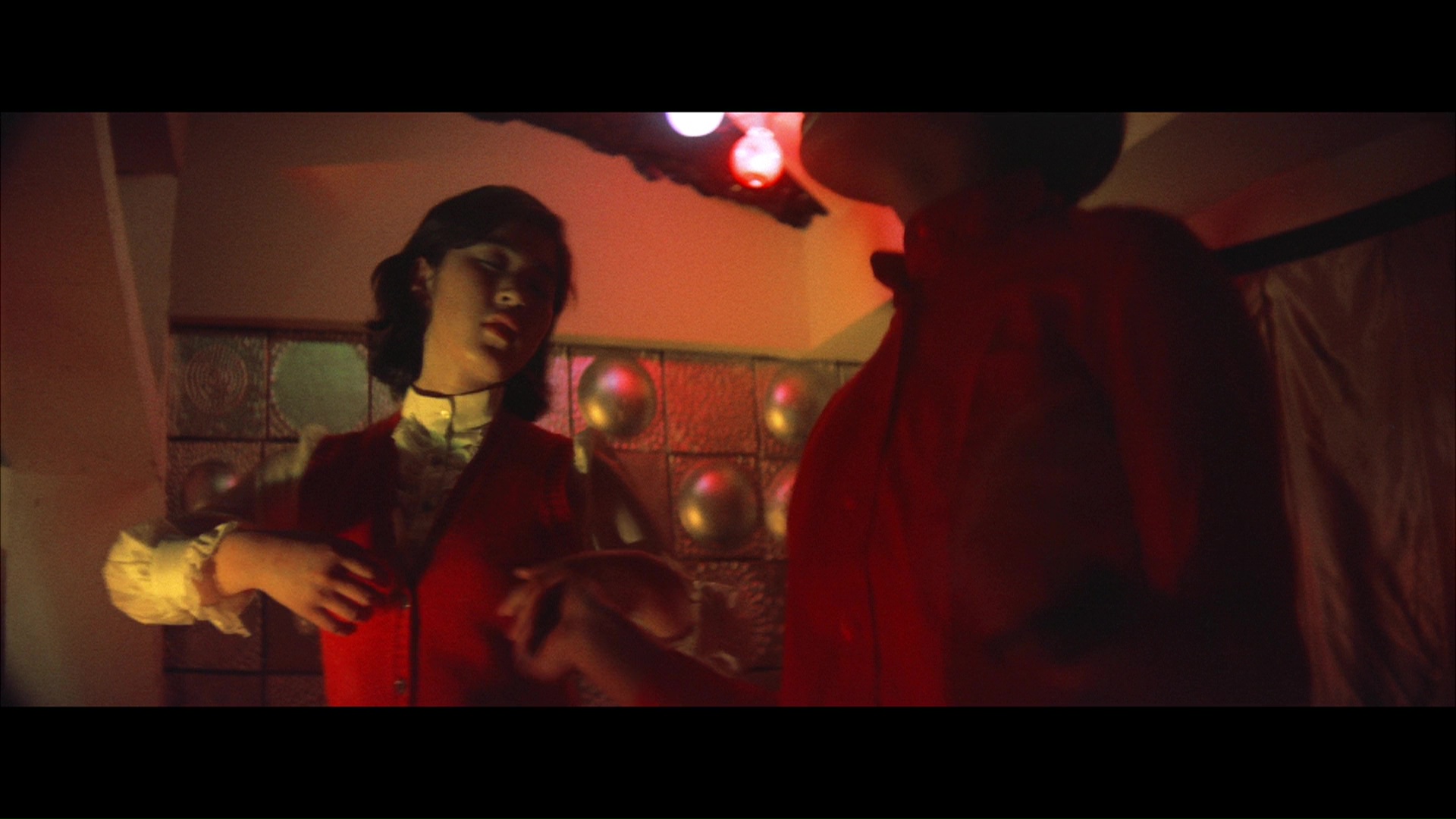 up reuniting with an old girlfriend who's married to a crime kingpin and runs afoul of a family bent on city-wide expansion, while the succession plan for said family is complicated by a pretty nurse who looks like a lost love. Goro of course is still trying to stick to a legit job but gets yanked back in, with more finger chopping and romantic entanglements in store. Finally, Kill! piles on the graphic violence right from 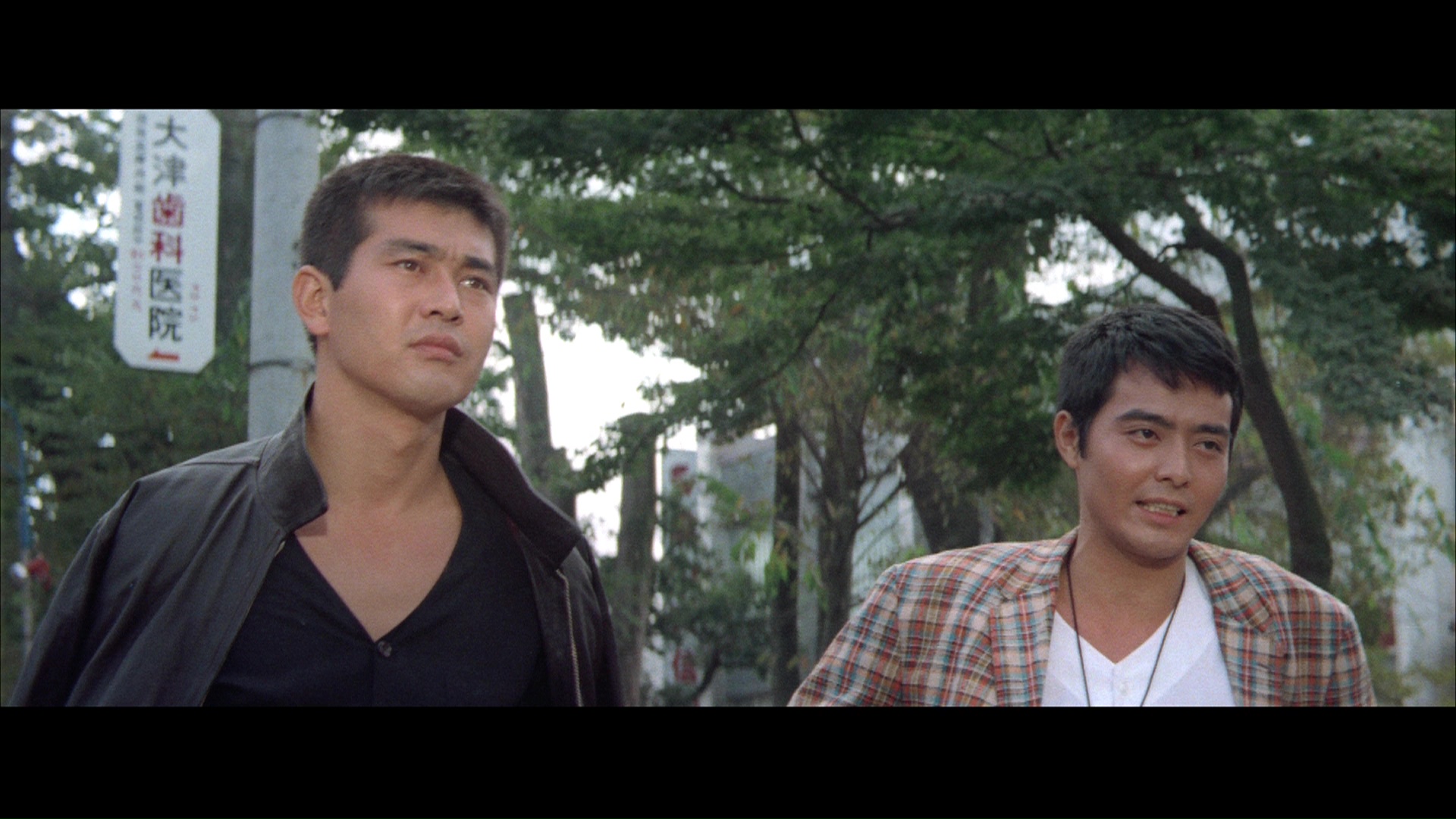 the beginning (via scalding water and a nasty eye piercing) before we launch into what amounts to a greatest hits collection with gang defections, dishonest wives, and other tropes popping up again for what amounts to a throwaway story. Fortunately that doesn't matter since it's also an insanely stylish piece of work, with a nightclub showdown worthy of Mario Bava with loads of colorful lighting, bloodletting, and a fracas in an indoor stream.

Each of the three Blu-rays contains two features, with the first film getting an audio commentary by the always savvy Jasper Sharp. He manages to keep the pace up for most of the running time, rattling off facts about yakuza conventions, the source material, and seemingly every actor on the screen at all times. Great stuff, and it definitely enhances your appreciation of the film itself. The other major extra here is "An Outlaw's Odyssey," a speedy and often wryly hilarious 37-minute breakdown of the series written and narrated by Kevin Gilvear. Similar to some of the other Arrow visual essay pieces, it does a solid job of hitting the narrative high points while pointing out some of the amusing repetitions within the series, especially the virtually (and sometimes completely) identical women who keep falling for Goro five minutes after meeting him. Each films has a theatrical trailer and gallery of stills and promotional photos as well. Image quality is superb for all of the films, with the last two in particular looking pretty dazzling; the second appears to be fully opened up with splice marks often visible at the top and bottom of the frame, a quirk familiar from quite a few other Japanese-sourced transfers. The LPCM Japanese audio tracks sound very solid, and the optional English subtitles are excellent as well. The final packaged boxes (3,000 units in the US and UK) contain an insert booklet sporting an interview with director Toshio Masuda by Mark Schilling and essays by Schilling, Chris D and Gilvear.