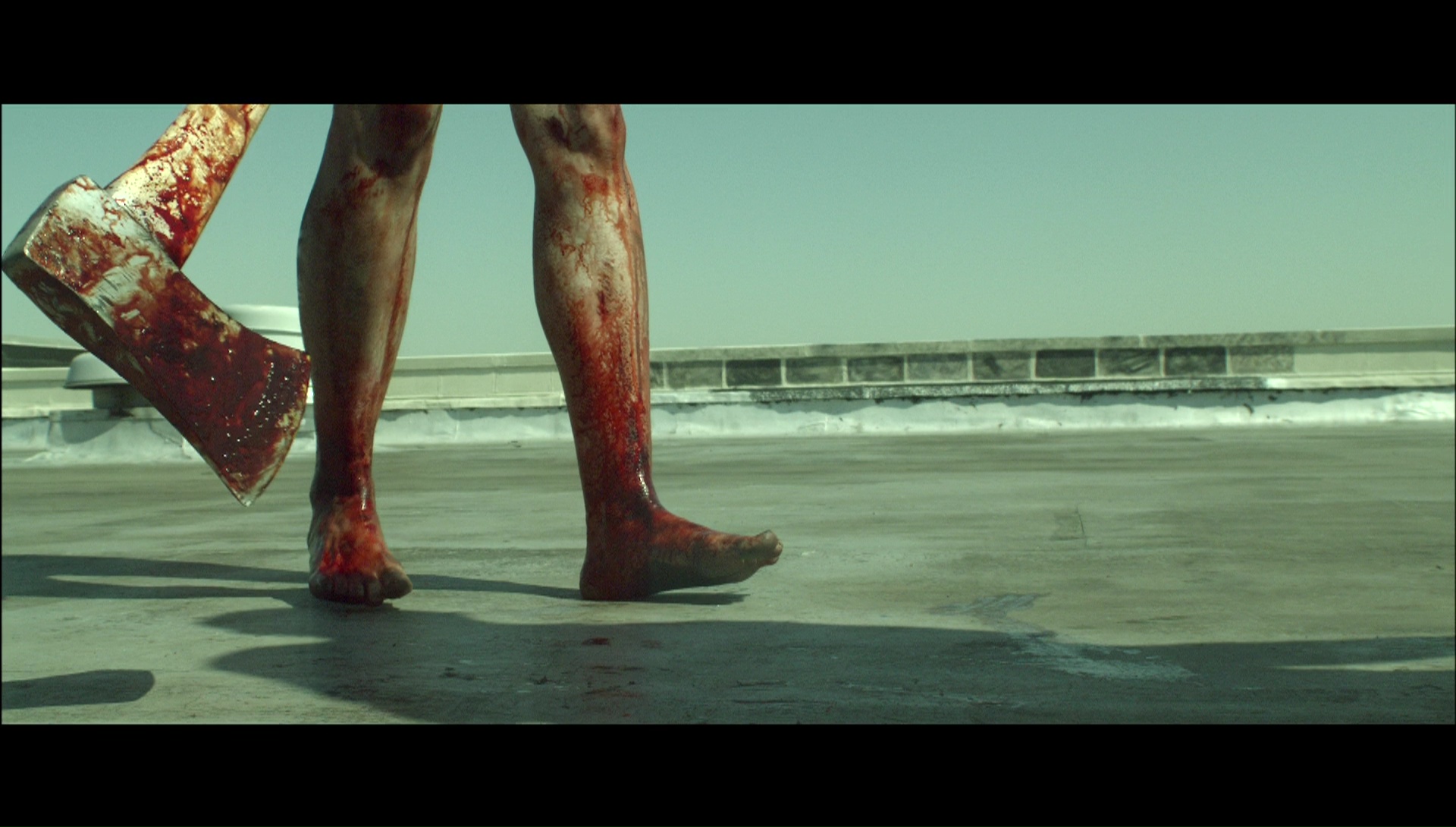 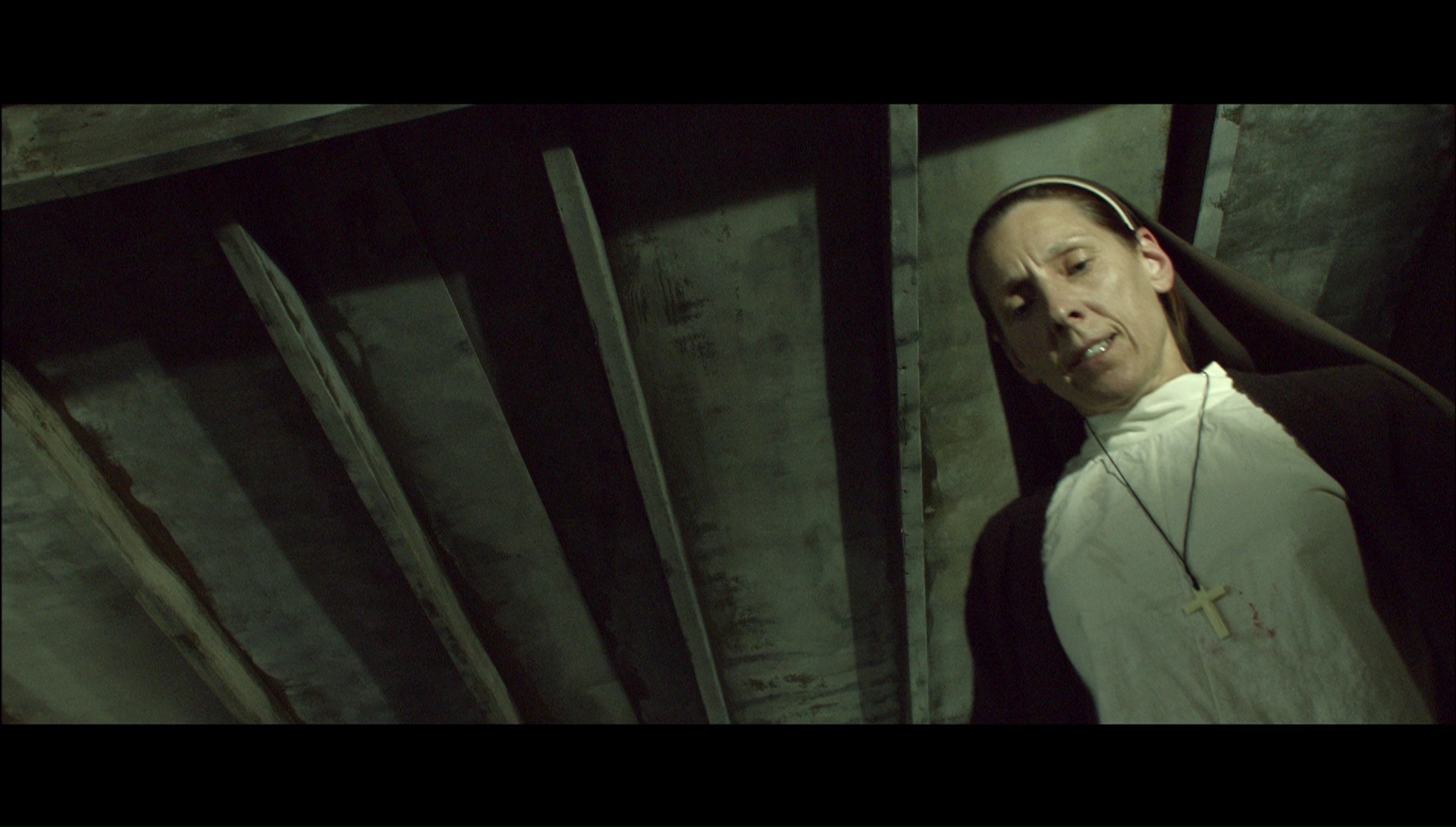 Quite possibly the loudest horror film you'll ever hear, The Orphan Killer is an odd, grungy addition to the wave of throwback slasher and "grindhouse" (a catch-all phrase now if there ever was one) projects that try to make slick digital productions feel like rough and tumble, transgressive shockers. It mostly trips over itself in the process with an approach that comes off more like a cheap metal video shot by someone with very shaky hands, but at least it does so with gusto.

Raging psychopath Marcus (Backus), the titular Orphan Killer, likes to shuffle around in puddles a la Jason Voorhees, shove sharp implements in people's face, burn up photos of the Pope, and terrorize his estranged sister, Audrey (Foster). They're both orphaned, see, and she got picked by a new family while Marcus got stuck in the brutal St. Michael's Orphanage whose sadistic teachings warped his mind beyond repair. Now Audrey's teaching dance lessons to young God-fearing students at the same building, now a really depressing Catholic school, and a mask-wearing Marcus is none too amused as he stalks various victims (including the obligatory naked woman in a shower) with an ear-blasting thrash metal soundtrack accompanying his murderous rampage.

Deliberately stylized within an inch of its life and often featuring that queasy, muddy, toilet-water look that plagues other neo-slasher movies like the dire Silent Night, this one never tries to break new ground and instead goes for an arty, handheld aesthetic that may wind up giving most viewers severe motion sickness. The idea of a murderous home vision creating two very different orphans is a pretty fascinating one that could have been fertile ground for a good psychological shocker, but this one is more concerned with aggressive style for its own sake and a catalog of graphic kill scenes that at least rely on good old-fashioned prosthetic effects. Filmmaker Matt Farnsworth and company 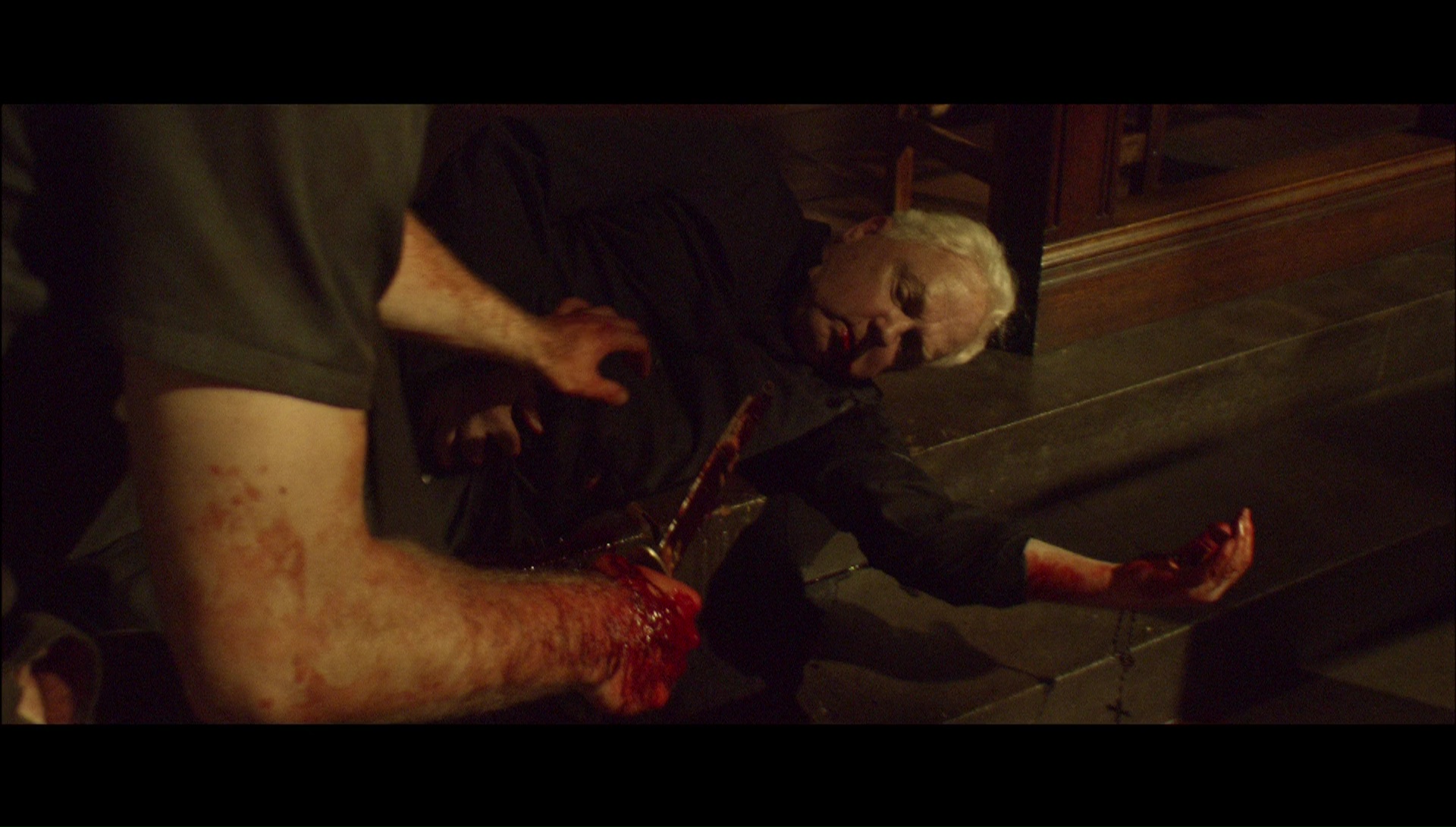 really drummed up the hype machine when this first came out in '11 with a heavy Internet campaign proclaiming it ""a tour de force murder flick that defies classification. It goes far beyond current trends in gore and breaks open a new suffering genre of horror." 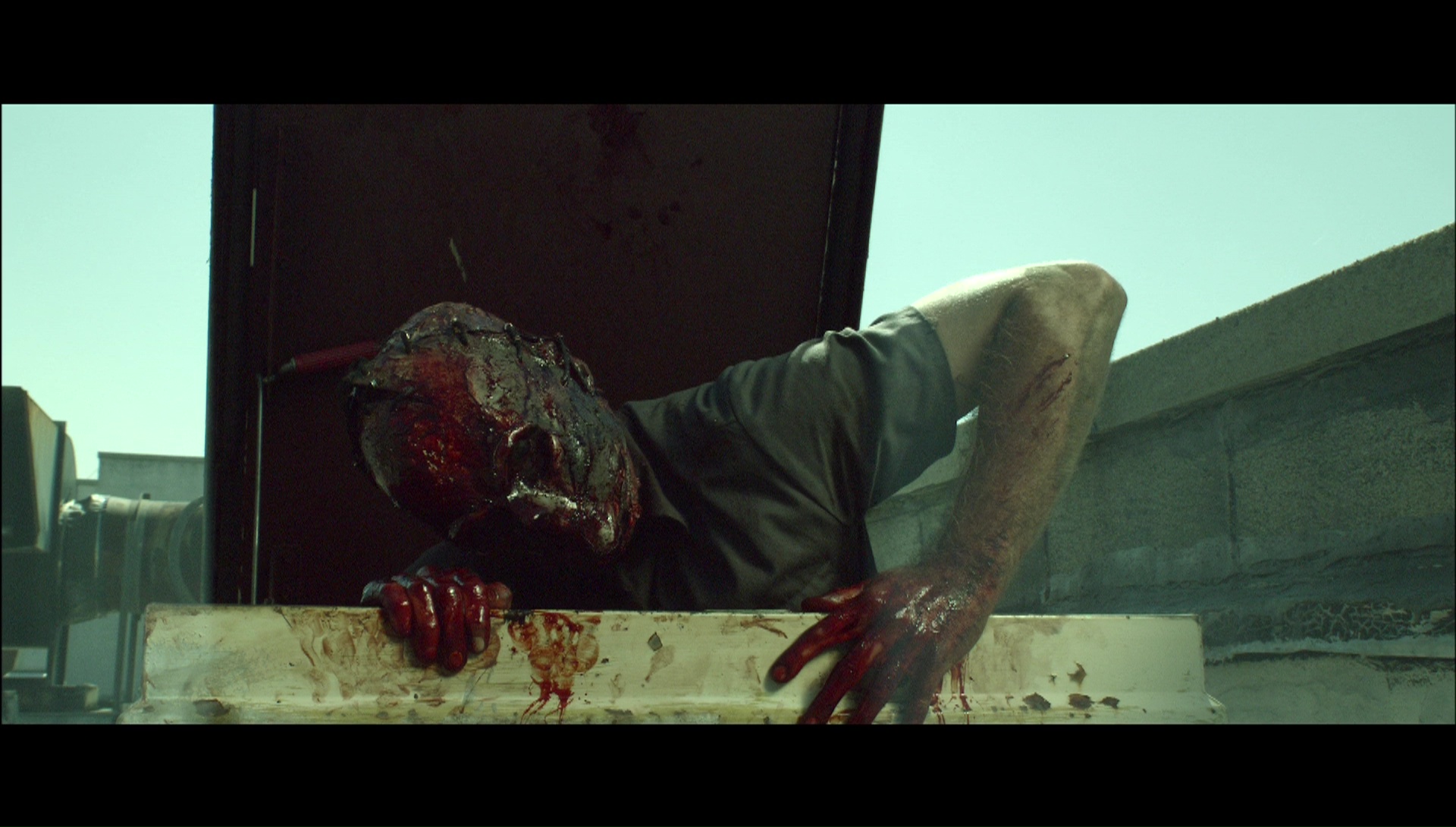 Well, no, The Bunny Game this isn't, but that might be a good thing as it's more of a straight-up slasher flick, albeit a somewhat abrasive one that never frightens and segues into tired torture territory a bit too often. If you just want T&A and gore, though, this one will deliver in bucket loads. It certainly delivers a few memorable images (the orphanage flashback is especially potent and could've been expanded), while some of the imagery that veers into the more surreal side (love Marcus's mask and that staircase splashing in blood) indicate that there's some talent here that some better lensing and stronger story control could nurture.

Strangely absent from home video for several years after a handful of festival screenings, The Orphan Killer comes to Blu-ray and DVD as a combo pack from Reel Gore. As you'd expect, the transfer is excellent considering the deliberate image manipulation and wacky color timing in many scenes; the HD lensing doesn't always handle the darker scenes that well with backgrounds often turning to mush, but that's a factor of the format, not the transfer. The DTS-HD MA 5.1 English track is... well, very active, and optional subtitles are provided in Spanish, French, Italian, and Japanese. Extras include a teaser, a trailer, a "Head Against the Wall" music video, a slideshow, and last but certainly not least, the 89- minute "Behind the Murder" documentary showing pretty much every scrap of making-of footage from the New Jersey shoot, complete with some weird B&W "Emergency Broadcast System" interstitials and a few words from the maniac himself in character (plus some bizarre comic book panels and "glamour" gore shots at the end scored with hip-hop music for some reason).