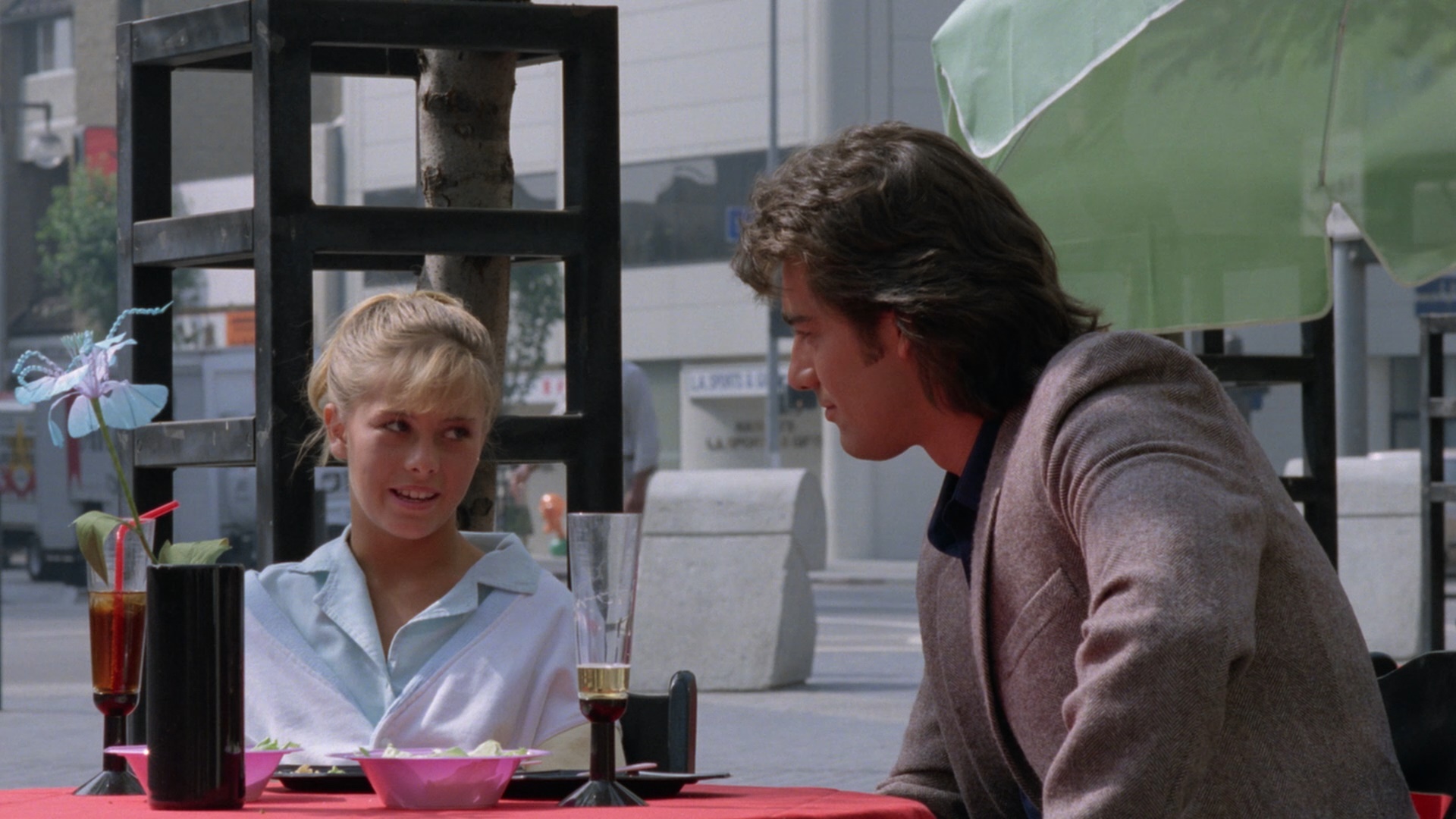 his career as a 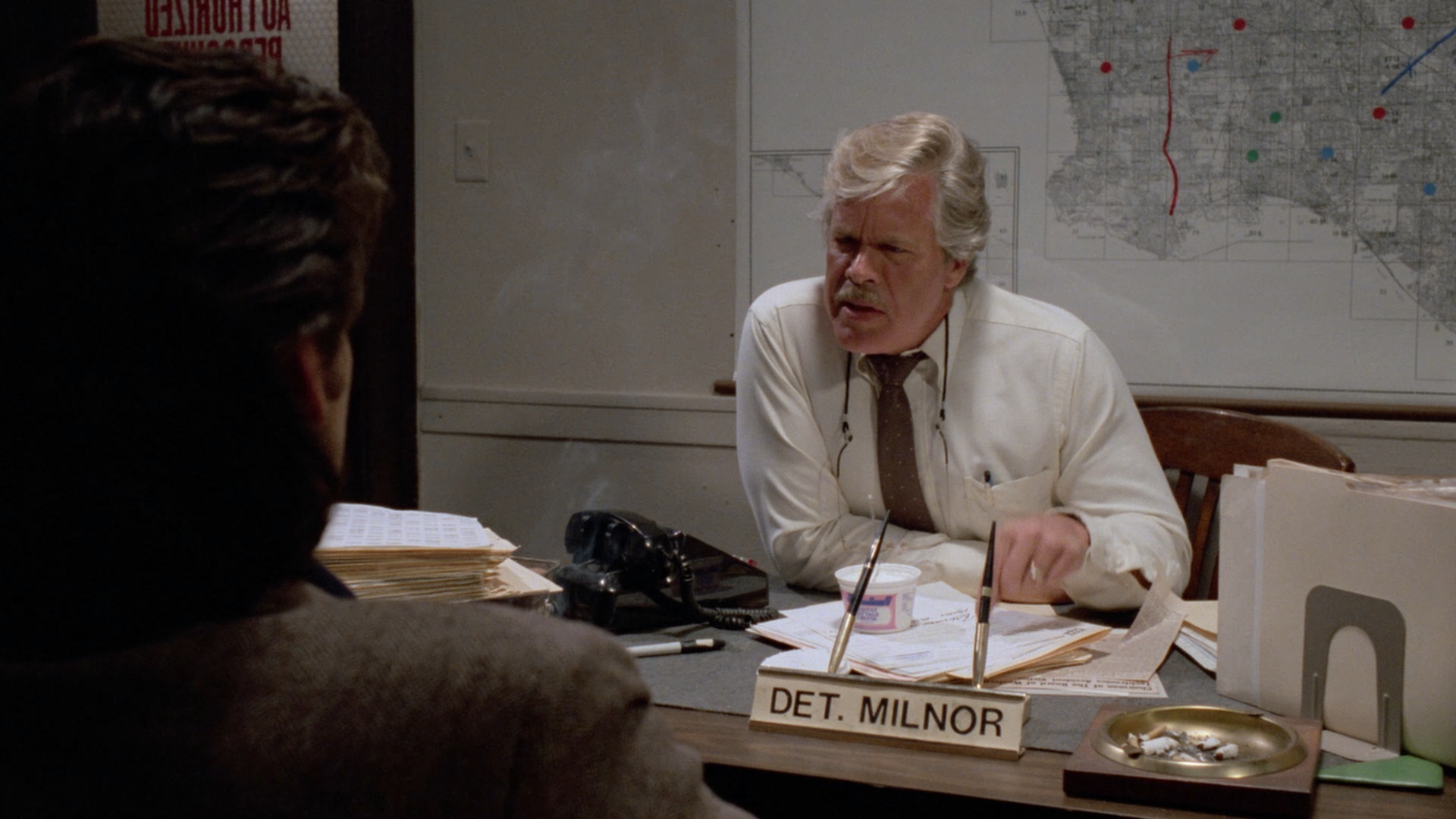 leading man proved to be very brief due to a debilitating injury, Ken Wahl seemed to have what it took to be an action and crime movie star thanks to films like The Solider and The Taking of Beverly Hills, both fun programmers that deserved better distribution than they received. He's still best known for his four-year stint on TV's Wiseguy and his memorable debut in The Wanderers, but his filmography is also filled with little curios that have faded from public memory if they were ever noticed at all. One of these is Omega Syndrome, a New World slice of amusing junk food about a guy taking out lots of baddies to get his daughter back. Yep, that plot's been around since the early Hollywood western days and keeps getting reinvigorated with the likes of Taken, but as they say, it's the singer not the song. In this case the singer is a very '80s power ballad singer with a bunch of saxophones, but that's also part of its ridiculous charm.

A gang of white supremacist terrorist bodybuilder jerks is terrorizing the mean streets of L.A. with its leader (Candyman's Berkeley) heading up deadly assaults on innocent minority citizens in the dead of night. Known as The Omegas (complete with omega tattoos on their arms), they end up tangling with the wrong guy when they decide to attack a former member going into the witness protection program -- in the middle of the scrub brush of Northridge by attacking a prison van with a bazooka. However, they take things too far when they decide to hold up a convenience store and end up kidnapping Jessie (The Haunting of Morella's Eggert), the daughter of writer and military vet 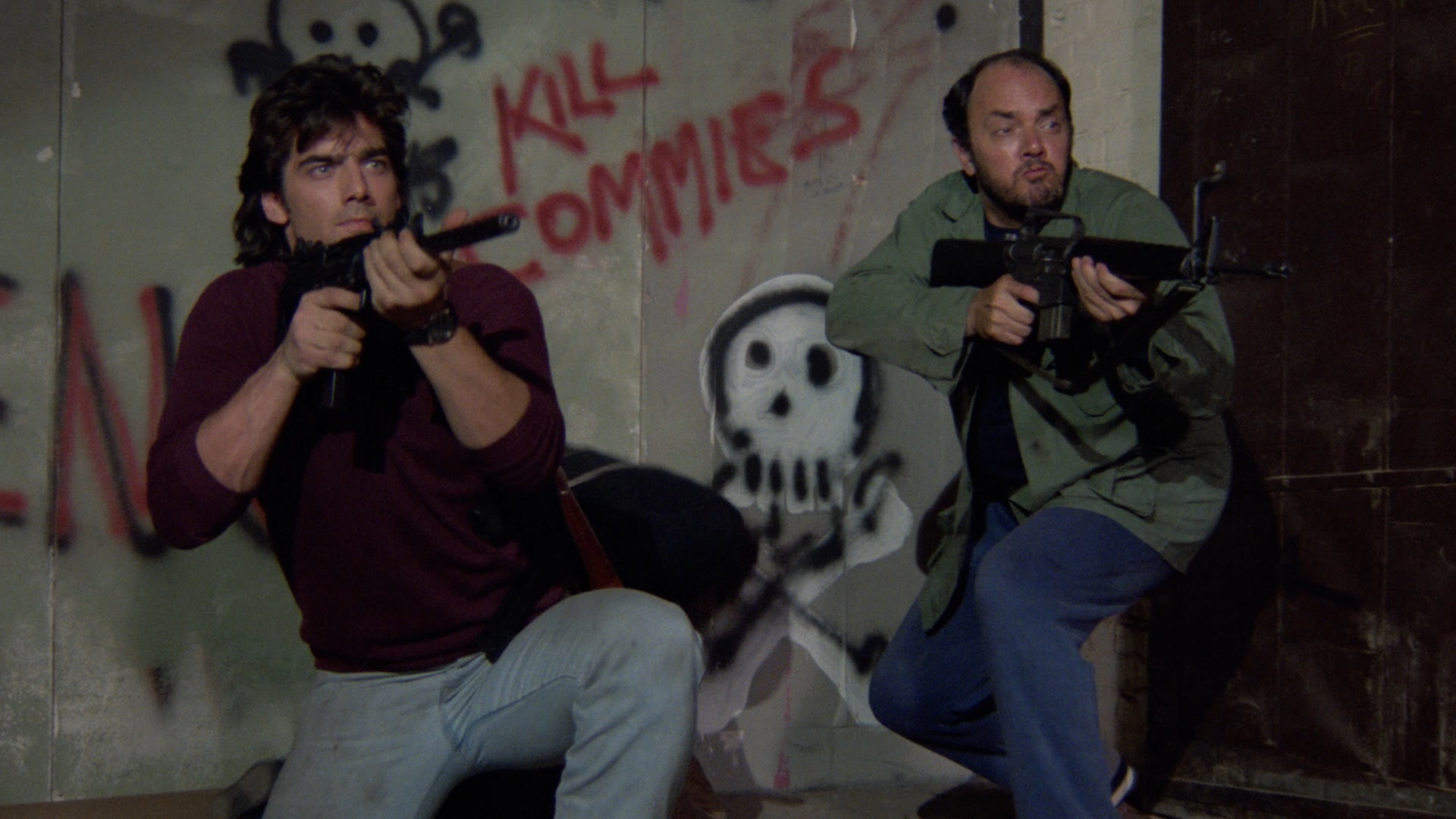 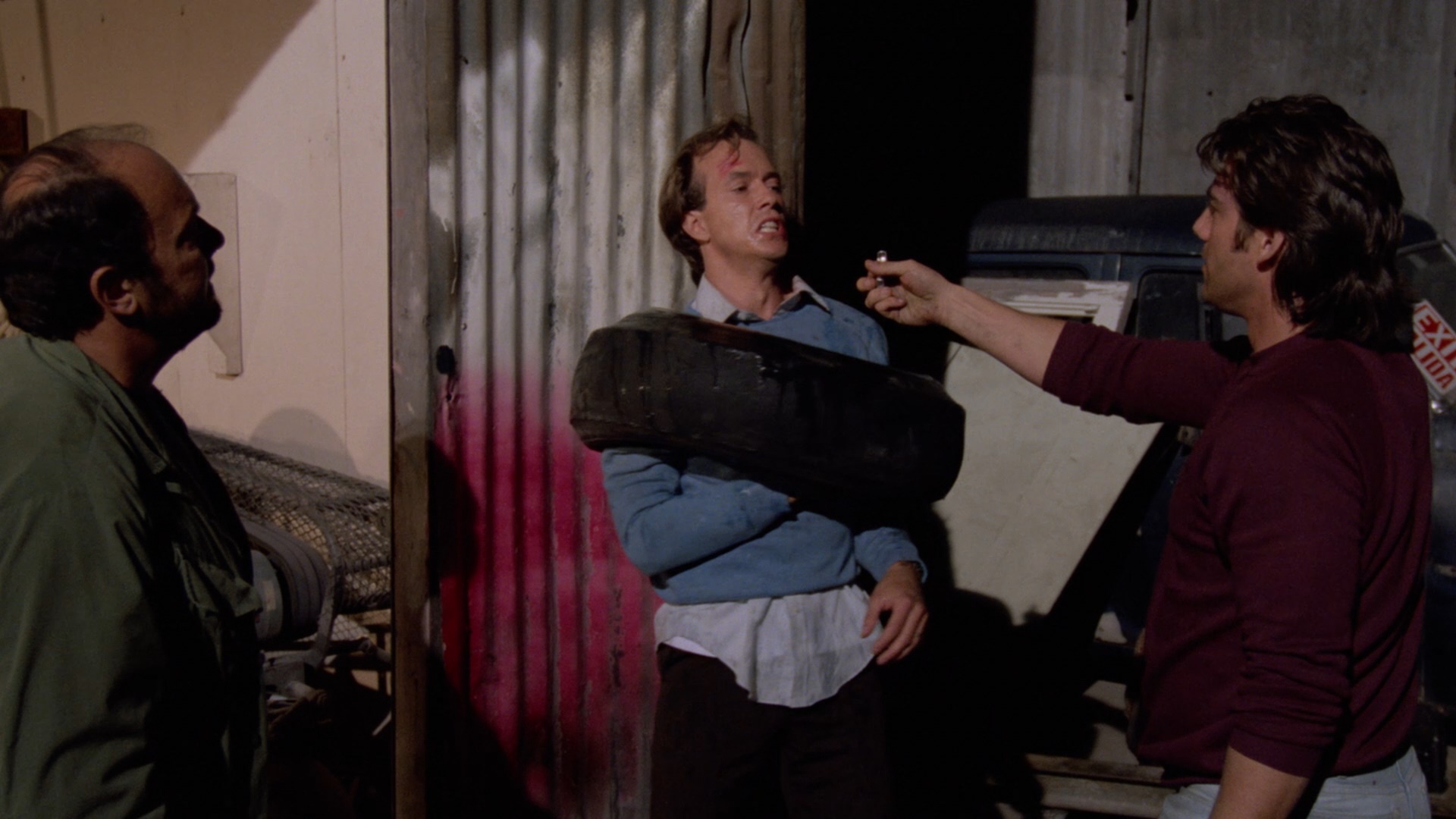 Corbett -- who has special skills, of course. The cops (including Doug McClure) prove less than helpful due to Jack's current custody situation and his personal problems since his wife's death six years ago, so armed with a clue thanks to the necklace of one of the assailants, he decides to seek help from his Army buddy Phil (DiCenzo) and take matters into his own hands...

Loaded with great shots of mid-'80s Los Angeles and a scuzzy, sweaty atmosphere so thick you can almost see white powder wafting off the screen, Omega Syndrome is the kind of thing designed to run on HBO late at night for undiscriminating action fans. Of course the presence of Wahl elevates things quite a bit, and though he may not be the most versatile screen presence, he's always reliable and fun to watch. It also has a nice lived-in feel with lots of car shops, warehouses, and back alleys giving it that distinctive grounded touch that was really unique to the era. (See also To Live and Die in L.A. and No Man's Land for more of the same.) You also have to give credit to Berkeley, who portrays one of the nastiest, drooliest neo-Nazis you'll ever see -- and you even get a young, pre-Star Trek Colm Meaney. On the downside, the score by regular Ted V. Mikels composers Nicholas Carras and Jack Cookerly is almost laughably lazy including some lazy electronic wallpaper and a screeching main title 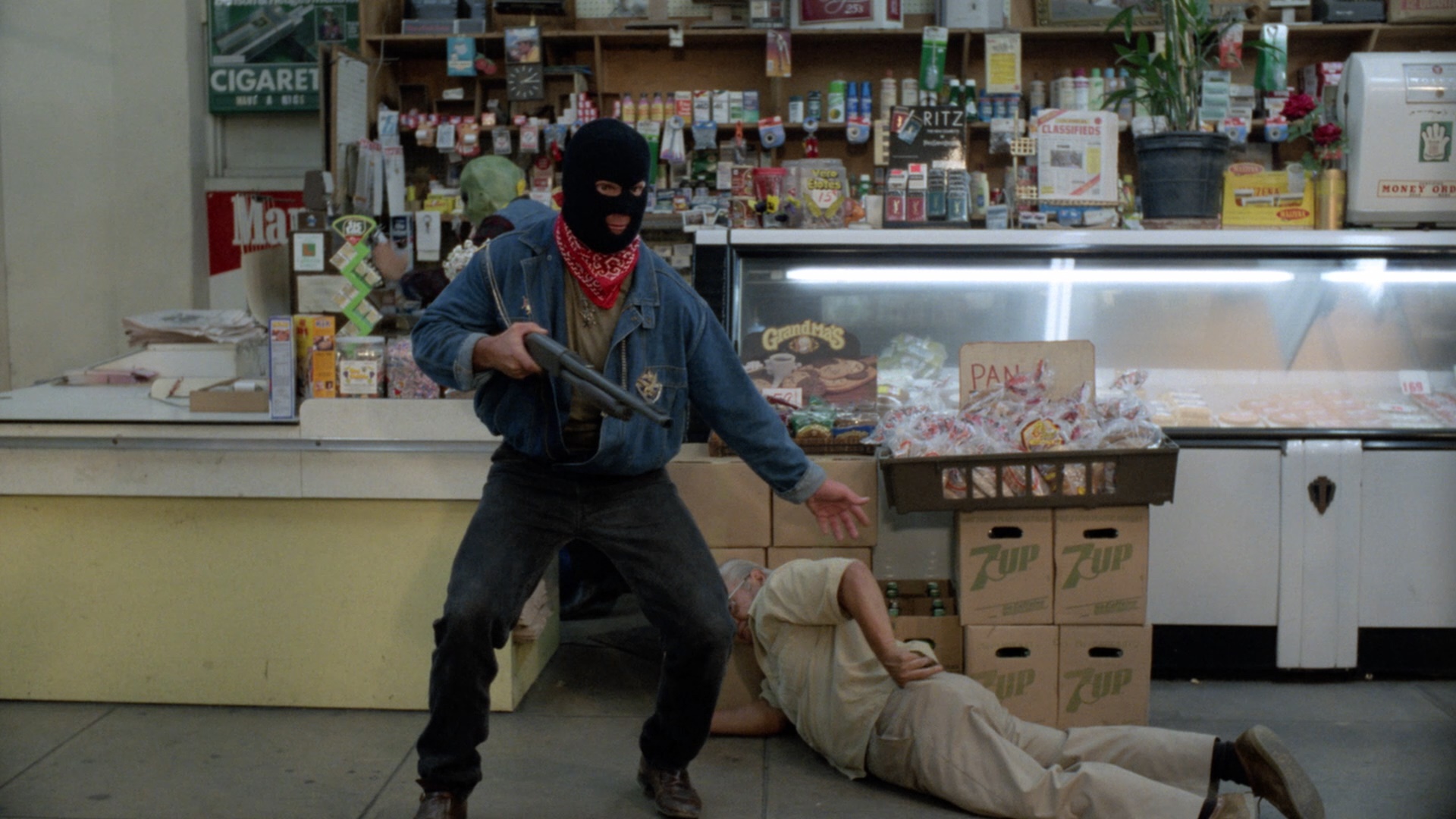 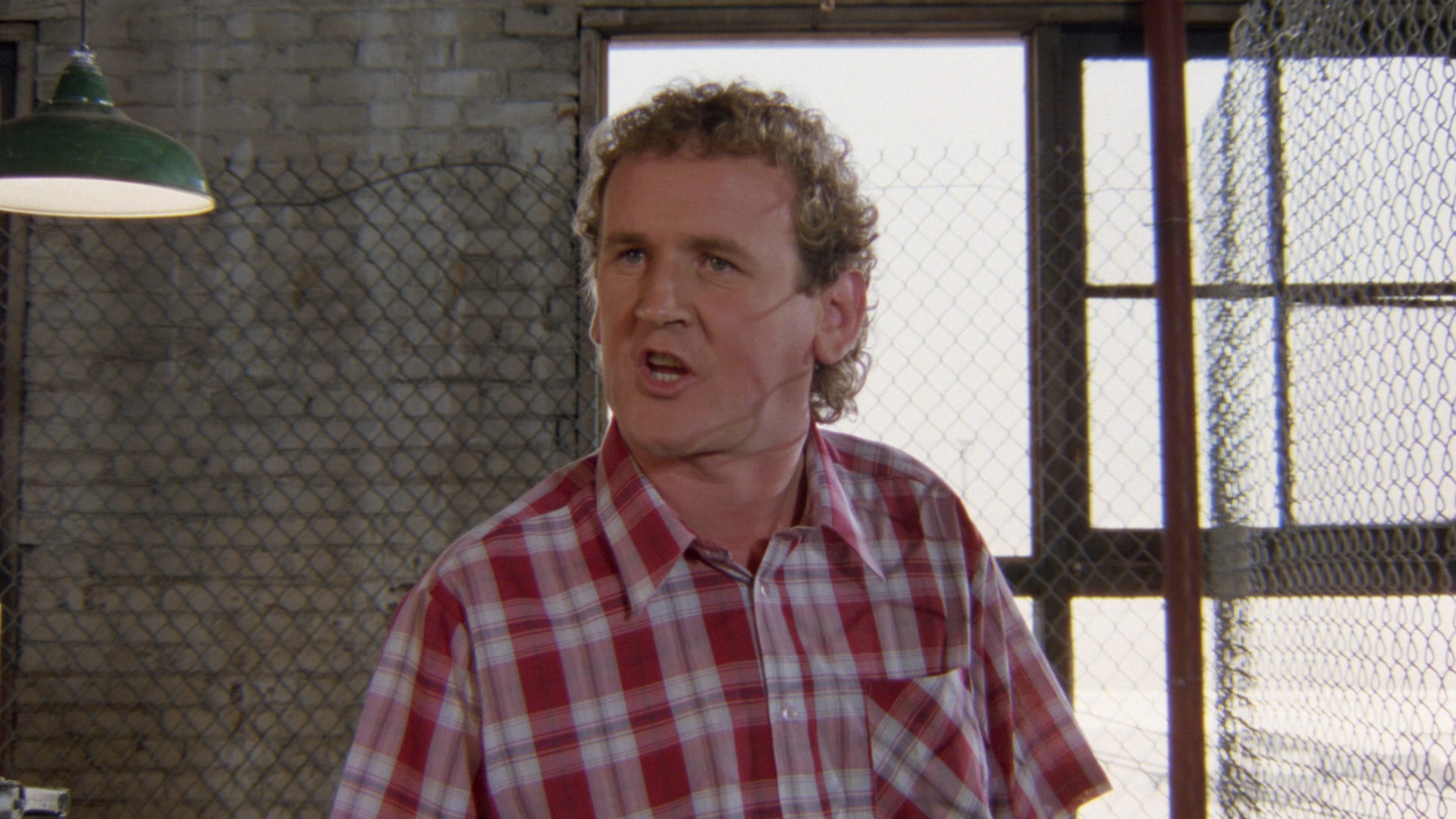 have you reaching for the volume button.

Originally released on VHS by New World and reissued as an LP-speed bargain bin title by Starmaker back in the '80s, Omega Syndrome has been out of commission for a very, very long time. The Blu-ray and DVD editions from Scoprion Releasing in 2020 bring it back looking way, way better than it ever has before, allowing you to appreciate the whole thing a bit more than before thanks to far more detail and nicely resolved colors that finally don't bleed all over the screen. It still has that mid-'80's New World film stock look to it (kind of clumpy blacks and heavy grain at times), which thankfully hasn't been tampered with here. The DTS-HD MA English mono track (with optional English SDH subtitles) is fine considering the drab original sound mix. A very lo-res trailer is included along with bonus ones for Stand Alone, Talking Walls, Covergirl, The Killing Time, and Toy Soldiers.