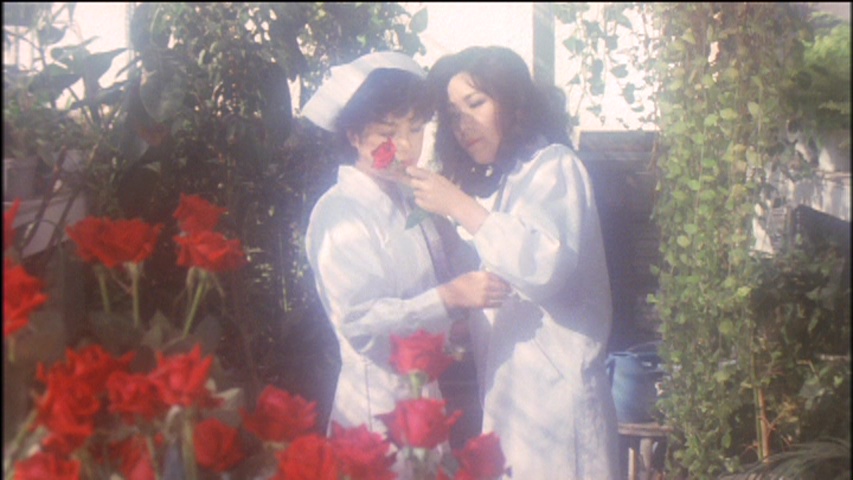 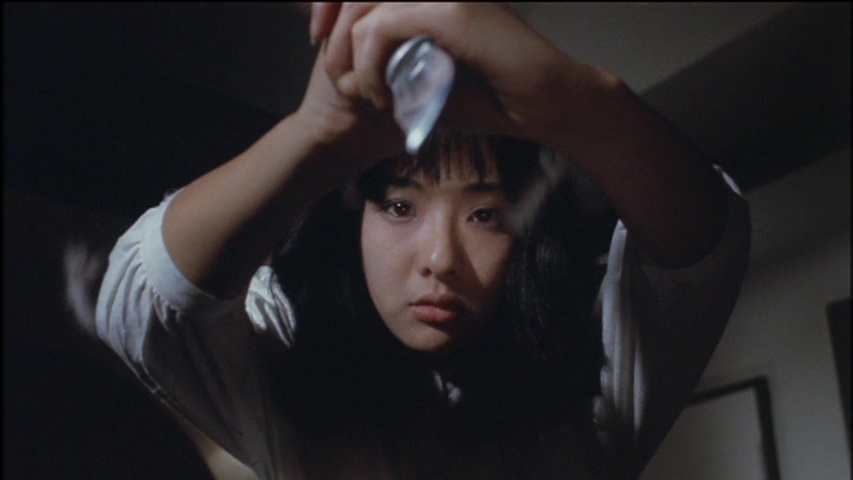 It all starts on a dark night in a scientific lab where an excited scientist has discovered a special process allowing access to the world of dreams, "something that even Freud and Jeung were unable to accomplish!" -- at which point he and his nurse appear to be murdered. Cut to a graveyard where a session of bondage-flavored nookie is interrupted by a huge spider that sends the terrified woman, Reiko (Miho), into a severe case of genital lockjaw. Diagnosed with "genophobia" at the hospital, she's ordered to stay under observation for a week(!) at the Tachnibana Clinic for further study. As it turns out, she's going to be the newest guinea pig in that dream project, which involves some tinkling metal bells inserted very inappropriately inside her nether regions and a metal Dream Ring "equipped with a microcomputer and special sensors," allowing playback of a patient's dreams because, ahem, "women dream with their wombs." The project is being supervised by Dr. Katsuragi, with female Dr. Akizuki handling the dirty work herself. 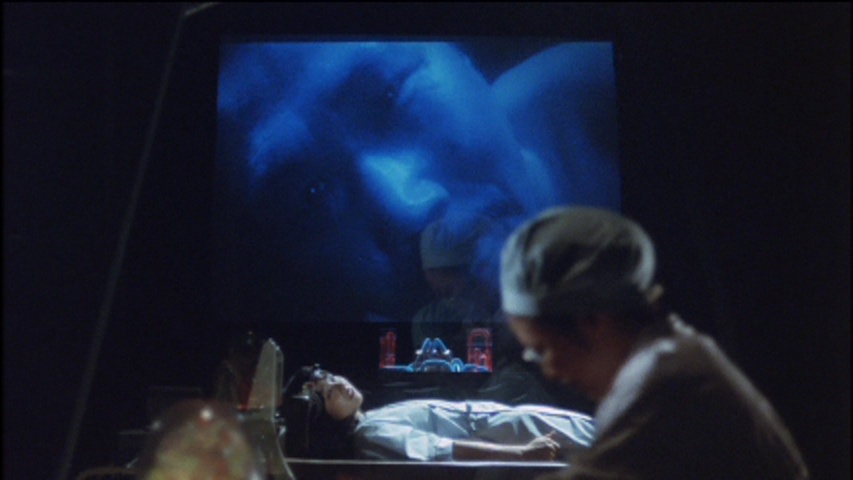 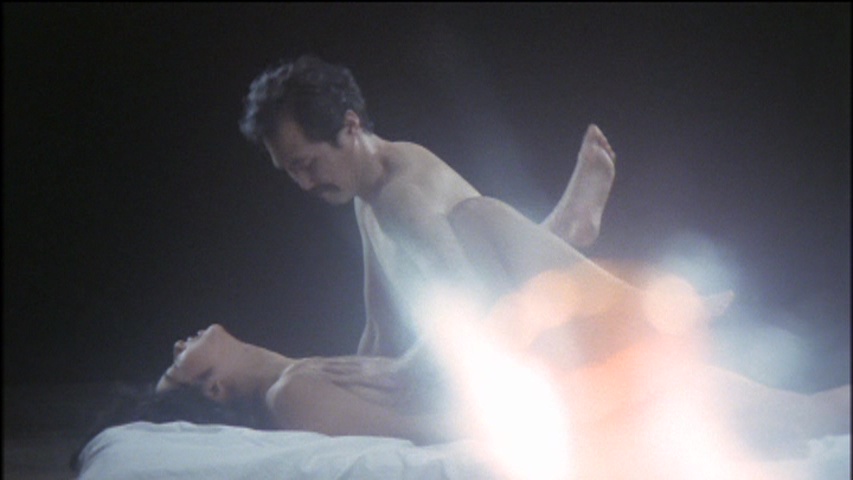 Made when Nikkatsu was switching away from scope productions to make its films more TV-friendly, this film looks fine courtesy of Impulse's 1.78:1 anamorphic transfer with optional English subtitles. If you've seen their previous '80s releases, you'll know what to expect here. The sole video extra is the (brief) theatrical trailer, but the package comes with the usual expert liner notes by Jasper Sharp laying out the basics of this phase in Nikkatsu's history, the tradition of the "nurse diary" series (to which this is barely connected),