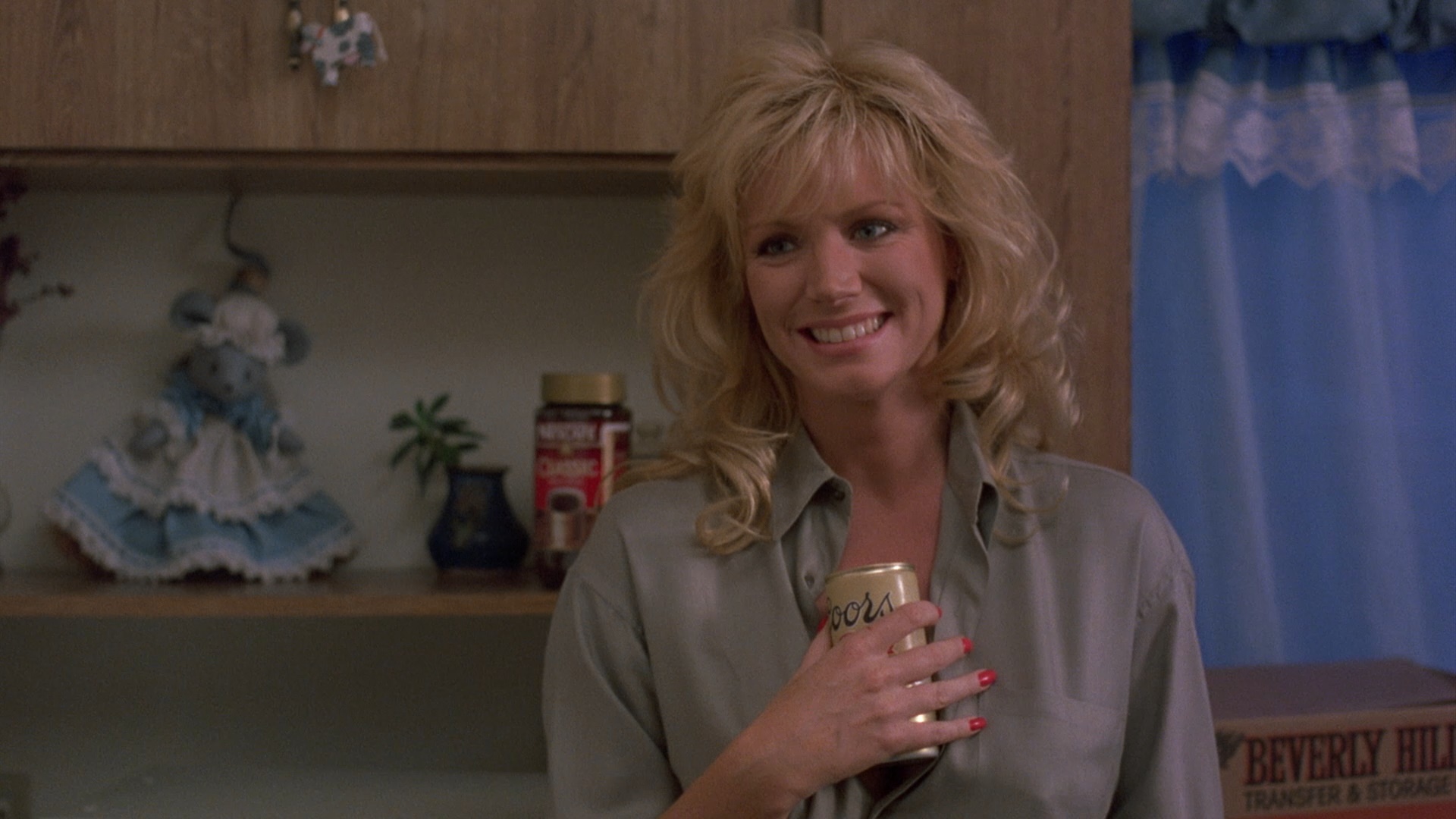 of the most reliable 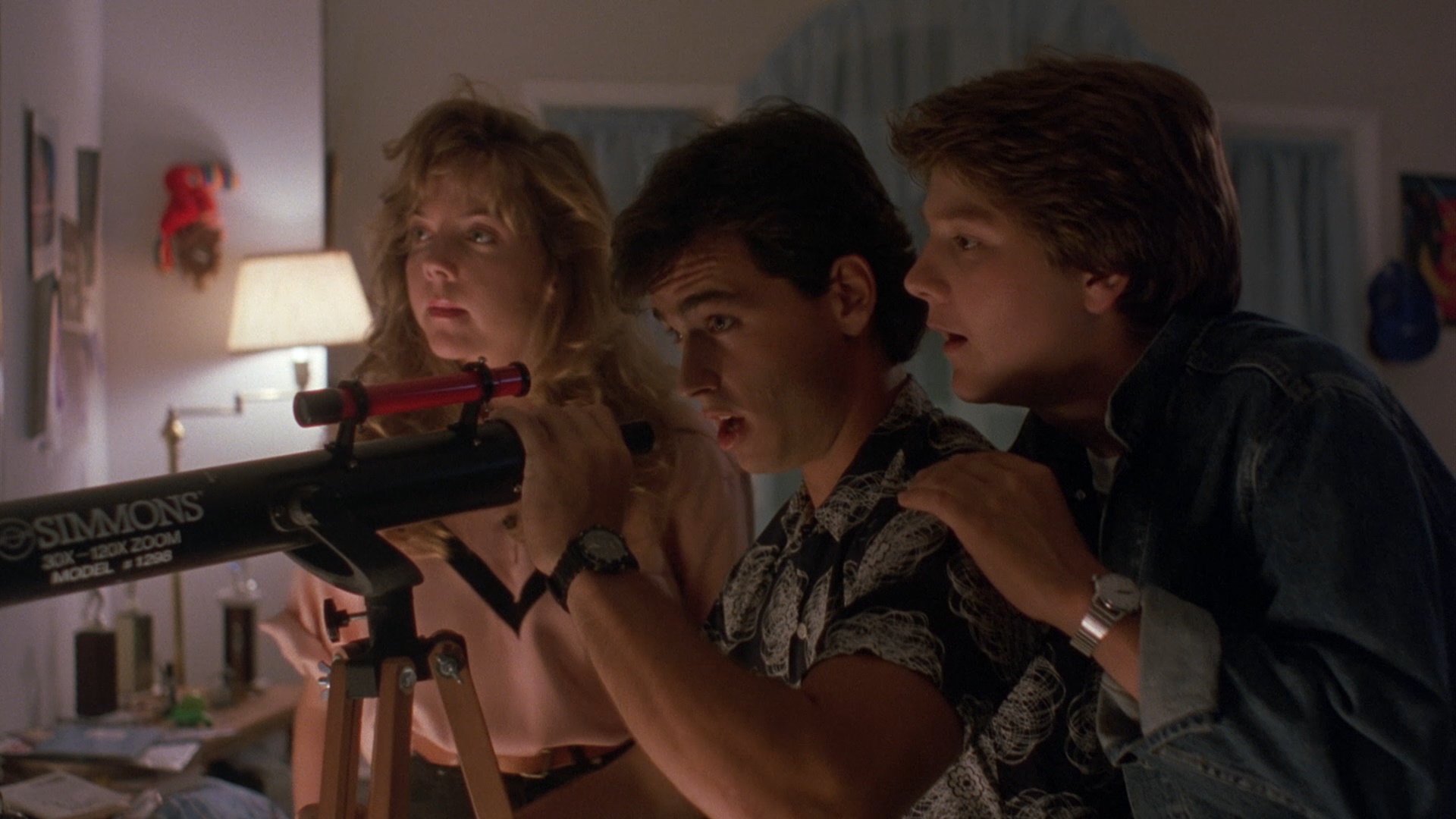 narrative devices is the "boy who cried wolf," a solid way to generate believable suspense and create a hero nobody believes. Movies in the '80s excelled with some clever variations on the formula, with Tom Holland in particular finding new ways of twisting it around in different combinations as a writer and/or director with such films as Fright Night, Child's Play, Cloak and Dagger, and of course, the astonishing Scream for Help. Very close to a Holland film in spirit is Night Visitor, which came along from United Artists at the end of the '80s and sports an insane cast you can't believe ended up being assembled for the same feature. The result is a wild mutation of a dark Satanic horror movie and a playful teen romp, a combination that holds a lot more appeal now than it did when this came out during the a particularly rough time for the horror genre.

On the streets of L.A., someone is cruising around in a black Cadillac luring hookers inside only to be abducted by a robed devil worshiper. Meanwhile, high schooler Billy Colton (Phantom of the Mall: Eric's Revenge star and future motivational speaker Rydall) keeps locking horns with his most difficult teacher, Zachary Willard (Garfield), and vents his frustrations 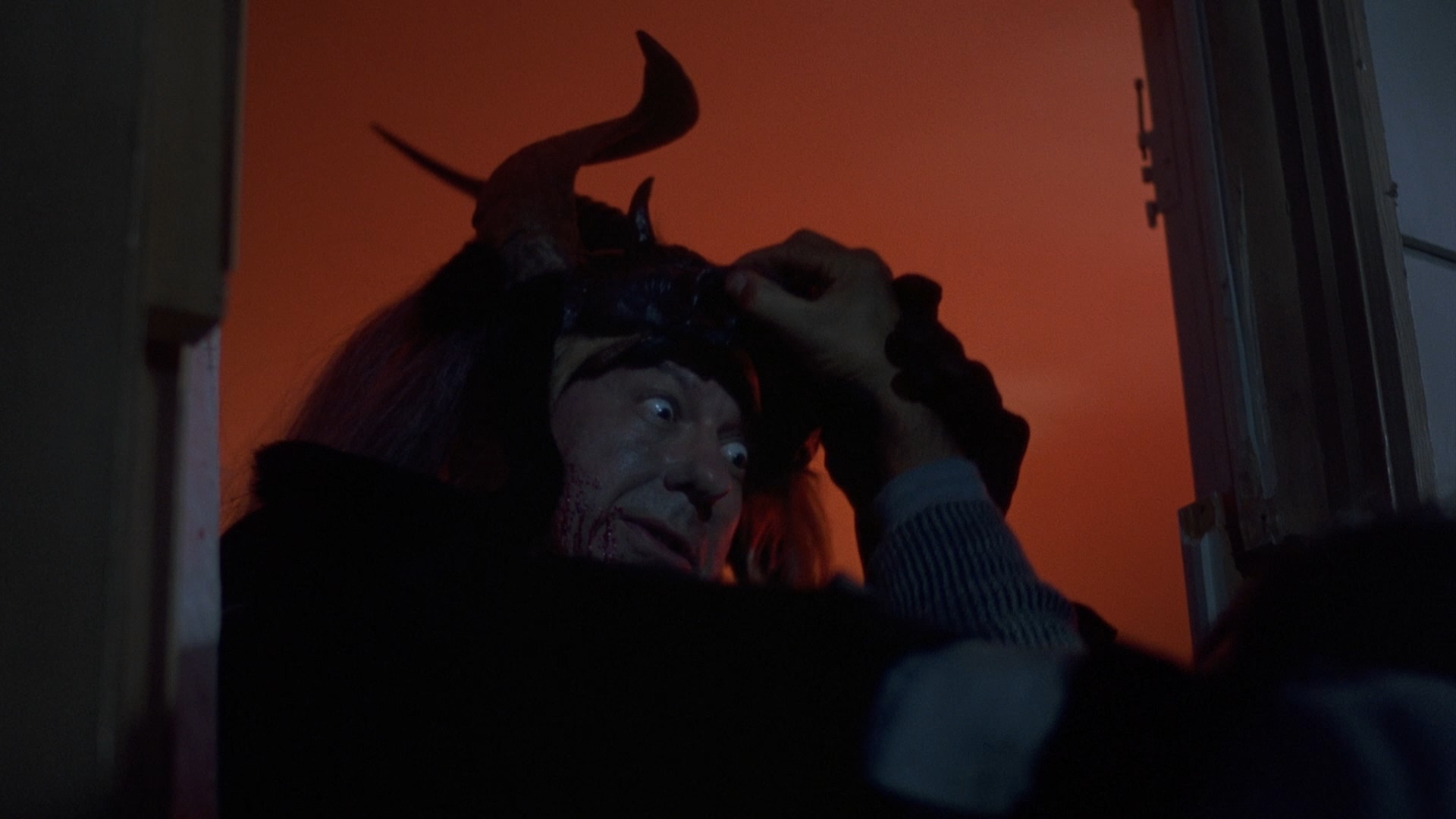 with his two best friends, Kelly (Killer Workout's Vander Woude) and Loomis (Fults). Billy also has a bit of a crush on Kelly, but he's distracted by the arrival of a gorgeous and flirty new neighbor, Lisa (Tweed), who entertains a different male guest every evening. Convinced she's a prostitute, Billy starts using a telescope to 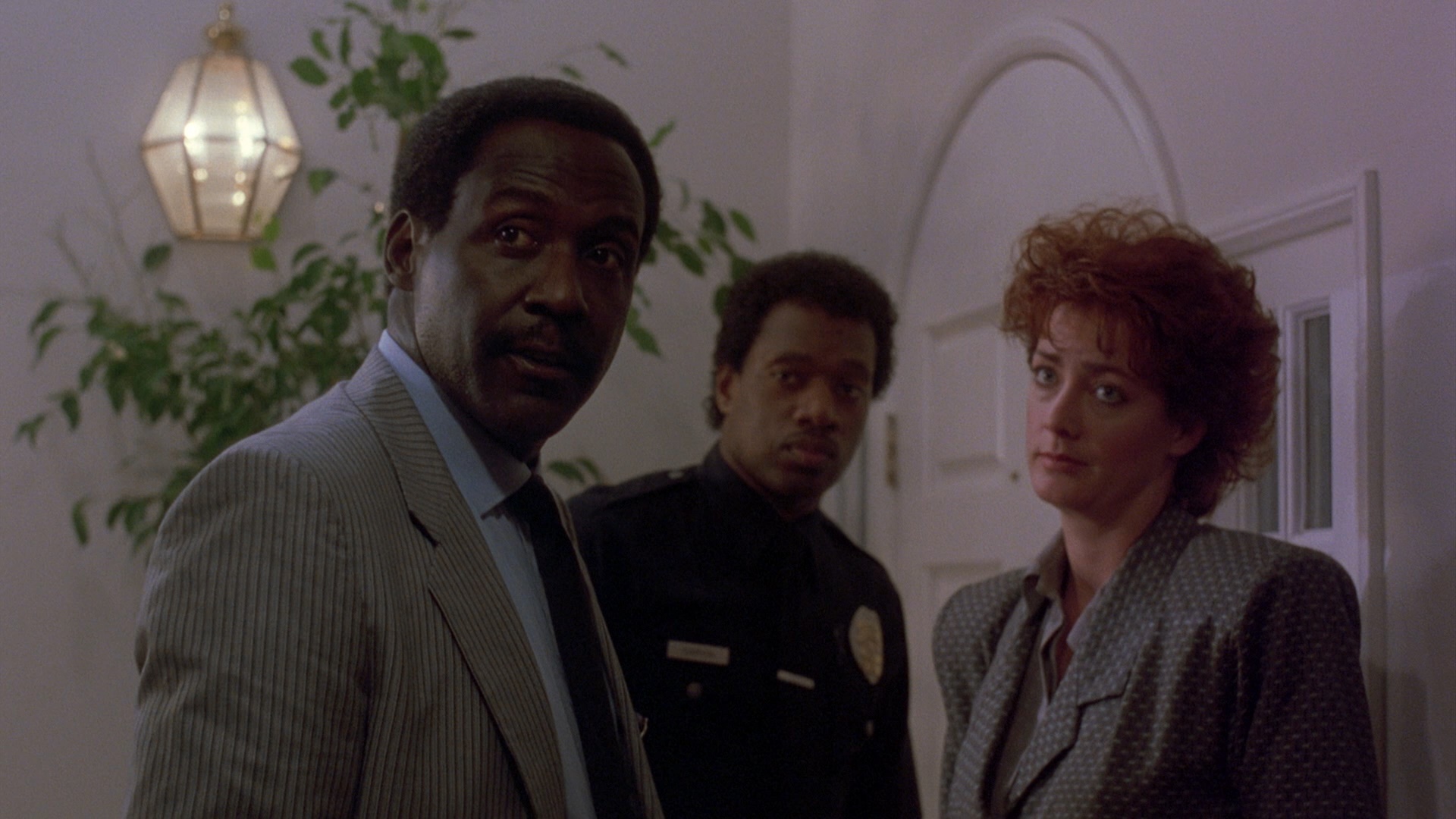 keep an eye on her activities and progresses to climbing up on her roof to get a closer look. However, he does that at the exact time she's attacked by that knife-wielding serial killer-- whom Billy unmasks to reveal none other than Mr. Willard. Unfortunately Billy's attempts to snap incriminating photos don't go as planned, and the police including Captain Crane (Roundtree) decide there isn't enough evidence to press charges. Meanwhile Willard and his goofball brother, Stanley (Pollard), continue their offerings to the dark lord in their cellar while keeping a determined Billy from exposing their murderous as he enlists the aid of a Basset Hound-loving retired detective, Ron Devereaux (Gould).

Though somewhat baffling as any kind of conventional thriller, Night Visitor is chock full of weird elements that it feels more fascinating to watch now than ever before. Obviously the real attention getter here is the quirky rapport between reliable character actors Garfield and Pollard (both of whom recently passed away less than six months of each other), who have to be the giddiest Satanists ever put on film complete with red track suits and little occult worship spots tucked away all over their house. Originally intended as a darker film with a 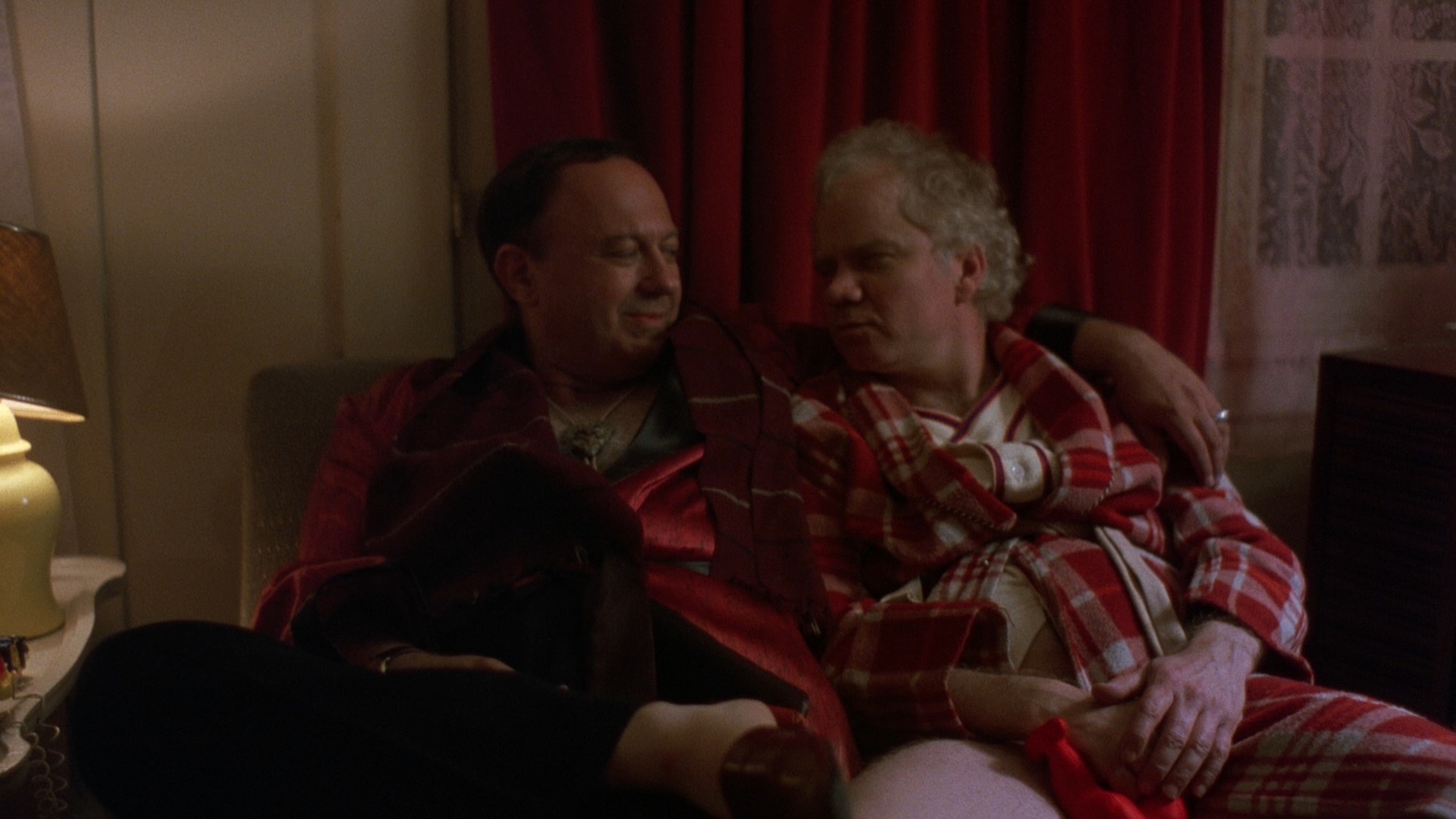 more ironic twist ending, the film constantly seems on the verge of manifesting some supernatural elements into the mix (especially with Garfield cornering his 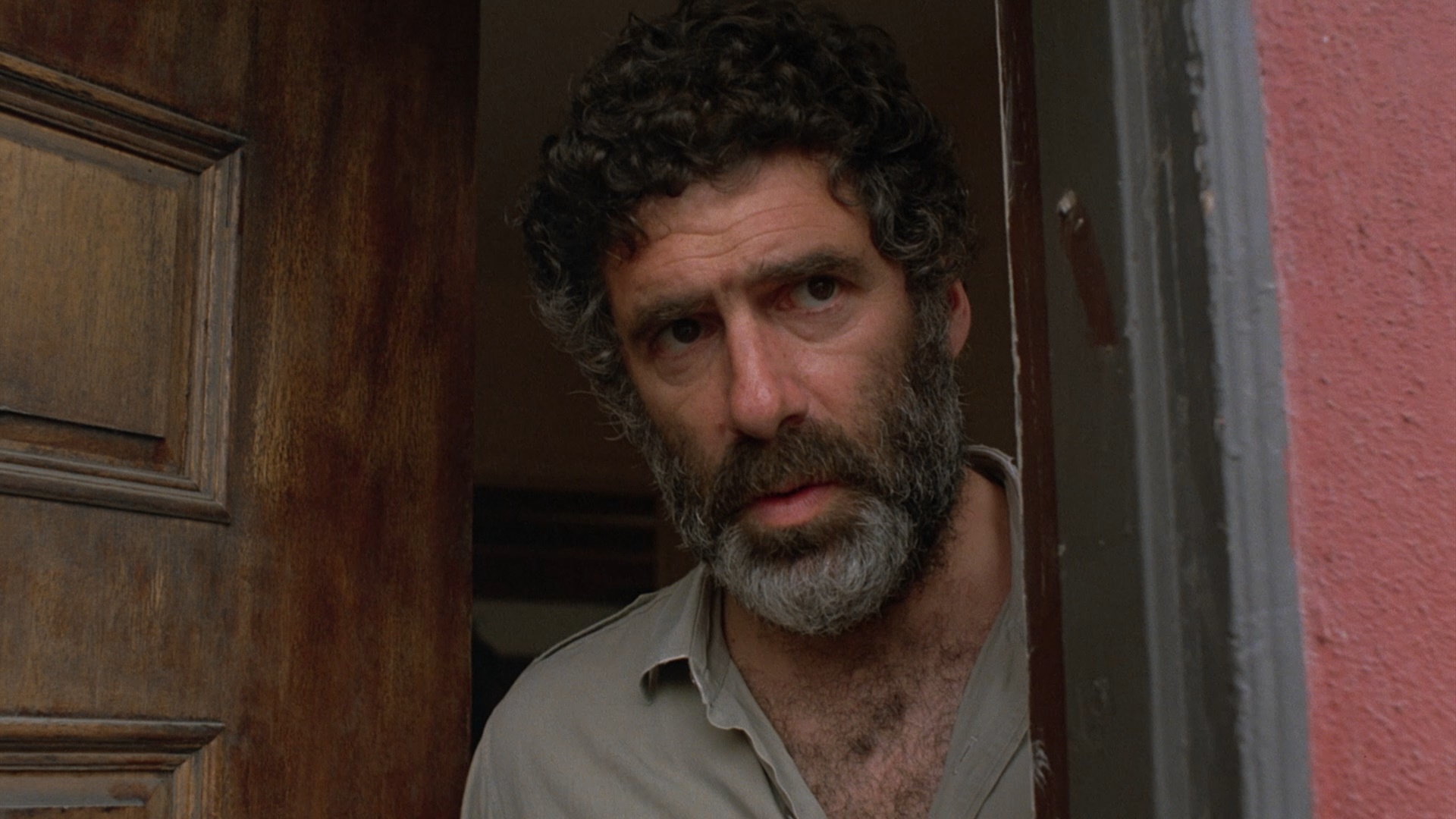 adversary after class and snipping off a lock of his hair in the most unnerving scene), but the film never quite goes there, keeping things within the realm of the possible complete with a nude sacrifice scene involving future adult film star Teri Weigel and a rowdy climax featuring Pollard and Gould going at it with a chainsaw and a shotgun. Mostly though this is really enjoyable for the cavalcade of familiar faces on display, with Henry Gibson getting a peculiar extended cameo as an expert on psychopaths and Brooke Bundy (a.k.a. Kristin's "andele" mom from two of the A Nightmare on Elm Street films) turning up as Billy's mother. Of course, this being 1989 you also get an insidiously catchy AOR theme song, "This Is the Love" by Eric Troyer, which gets played multiple times. In short, if you're looking for the perfect co-feature to Scream for Help or just an Afterschool Special hijacked by the Church of Satan, here you go.

Despite its cast and entertainment value, Night Visitor has remained somewhat under the radar over the years, though the uninspired promotional art for its VHS and 2005 MGM DVD releases might have something to do with it. In 2020, Scorpion Releasing premiered the film on Blu-ray (available from Ronin Flix and Diabolik) with a very pleasing HD transfer that improves considerably over the outdated DVD and features a highly active DTS-HD English 2.0 track that nicely replicates the original Ultra Stereo mix with plenty of dramatic channel separation. Optional English SDH subtitles are also included. As for extras, you get three featurettes starting with an interview with director Rupert Hitzig (10m50s) 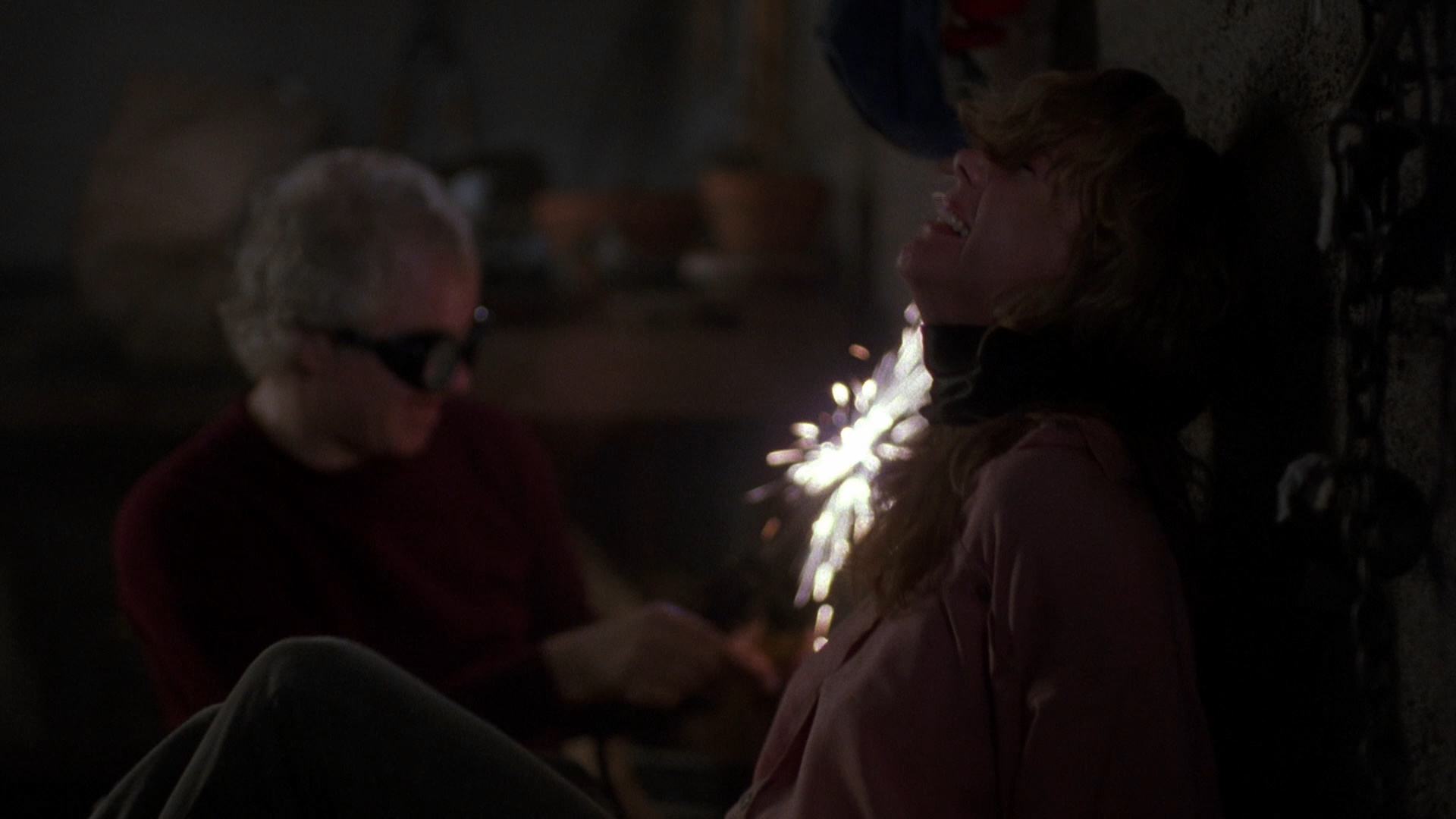 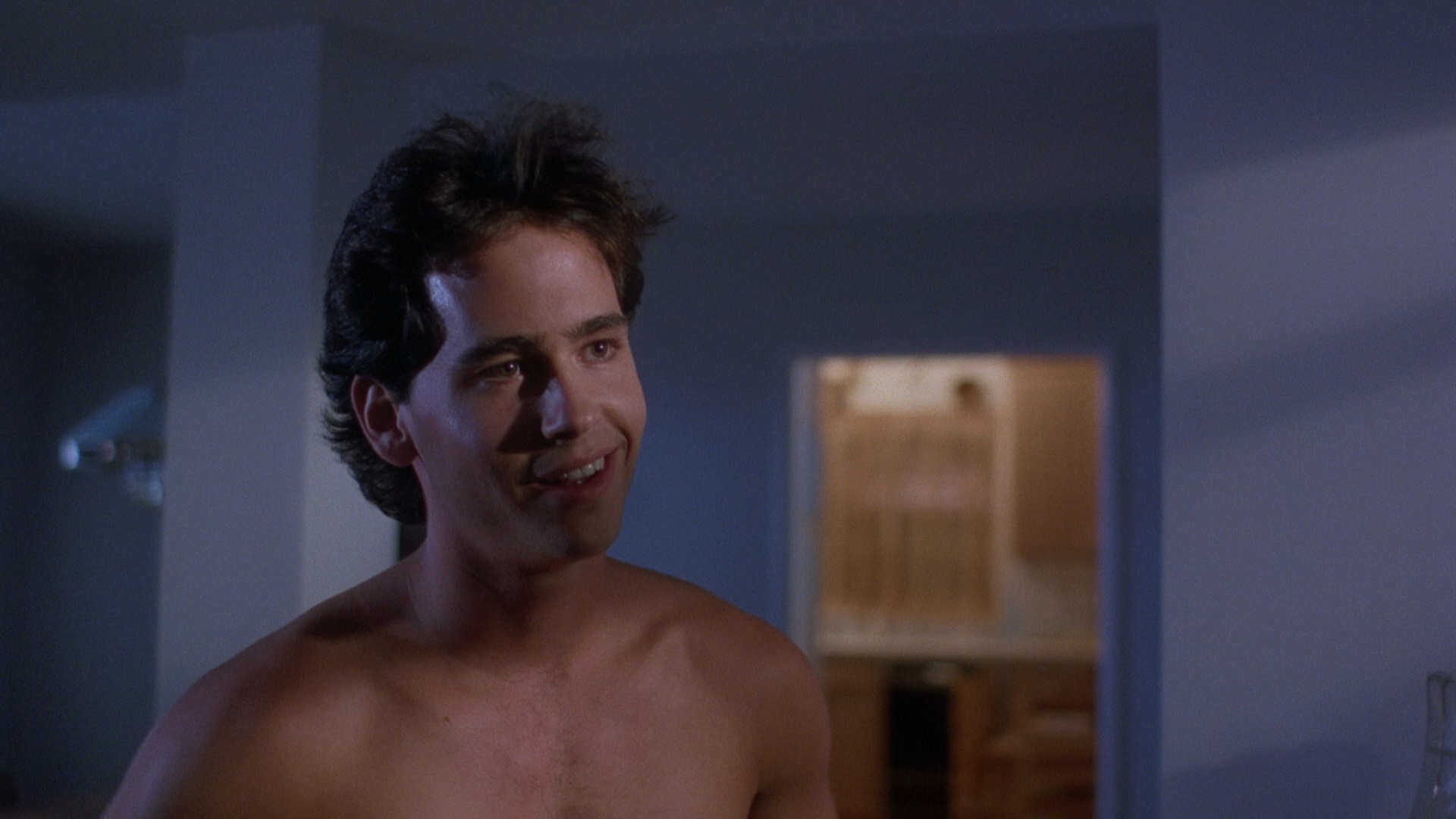 about his intention to make a "campy" movie that ended up being misinterpreted by many viewers. He also touches on his friendship with Gibson (including the origin of his screen name) and the likely fling between two of the main actors. Then editor Glenn Erickson (13m40s), Cinesavant himself, discusses coming aboard through producer Alain Silver while he was doing work cutting trailers and TV spots for Cannon, an opportunity that let him hang out on the set during his lunch hour and work closely with the director at a time when editing was far more time consuming than it is now. He also goes into the evolution of the film from a much harder and more graphic production (with potential titles including The Boy Who Knew Too Much and the best option, Never Cry Devil) to the hybrid we have now. Finally writer and associate producer Randal Viscovich (17m16s) discusses the "grindhouse" approach he originally took with the script, the real-life teacher who inspired the basic idea, the potential cast members who were approached (including Chuck Connors and Jack Palance!), the aspects he took from the crimes of Richard Ramirez, and the embellishments Garfield added to his character. Finally the disc rounds out with the theatrical trailer along with bonus ones for Torment, Deep Space, and King of the Mountain.