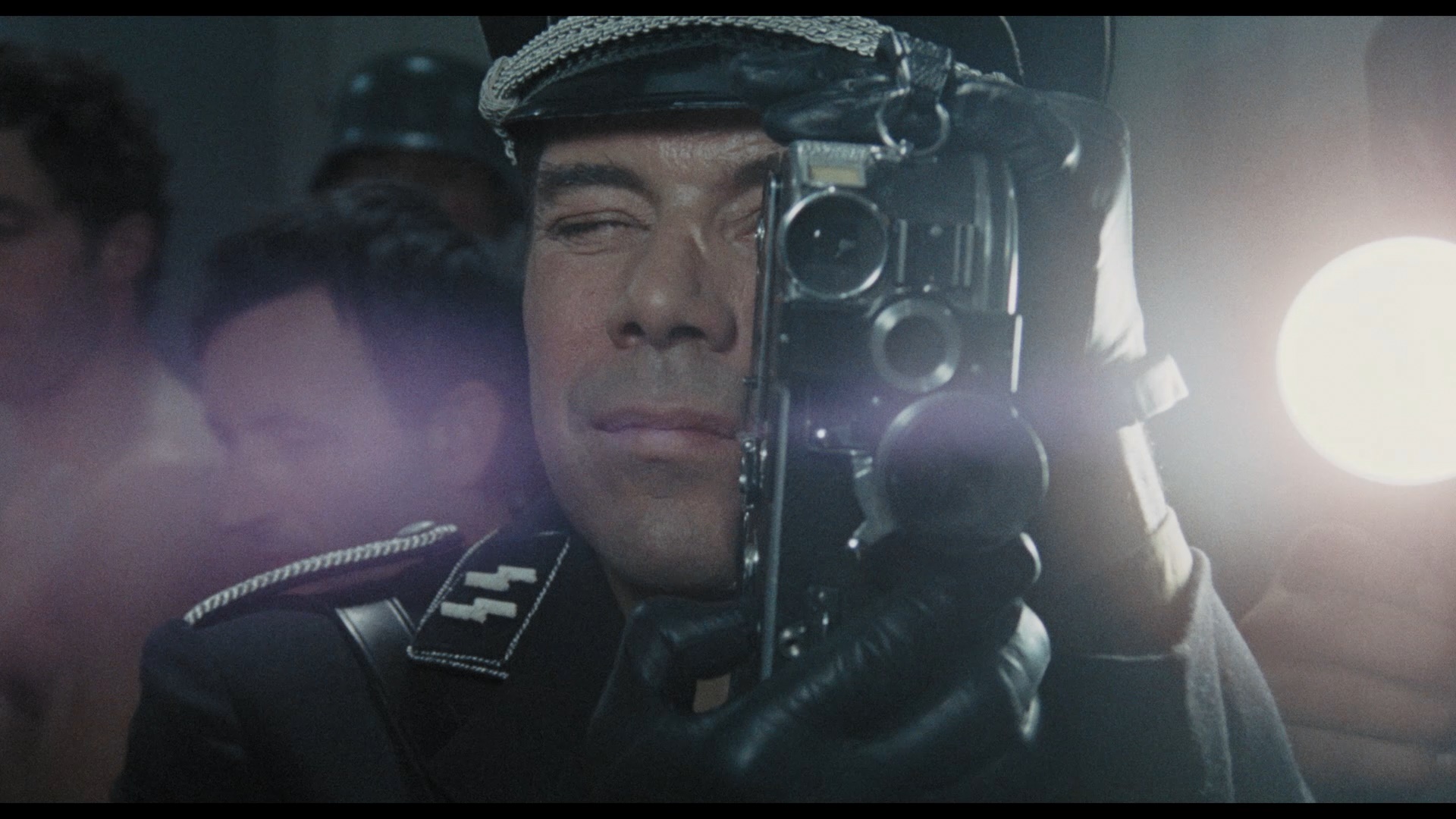 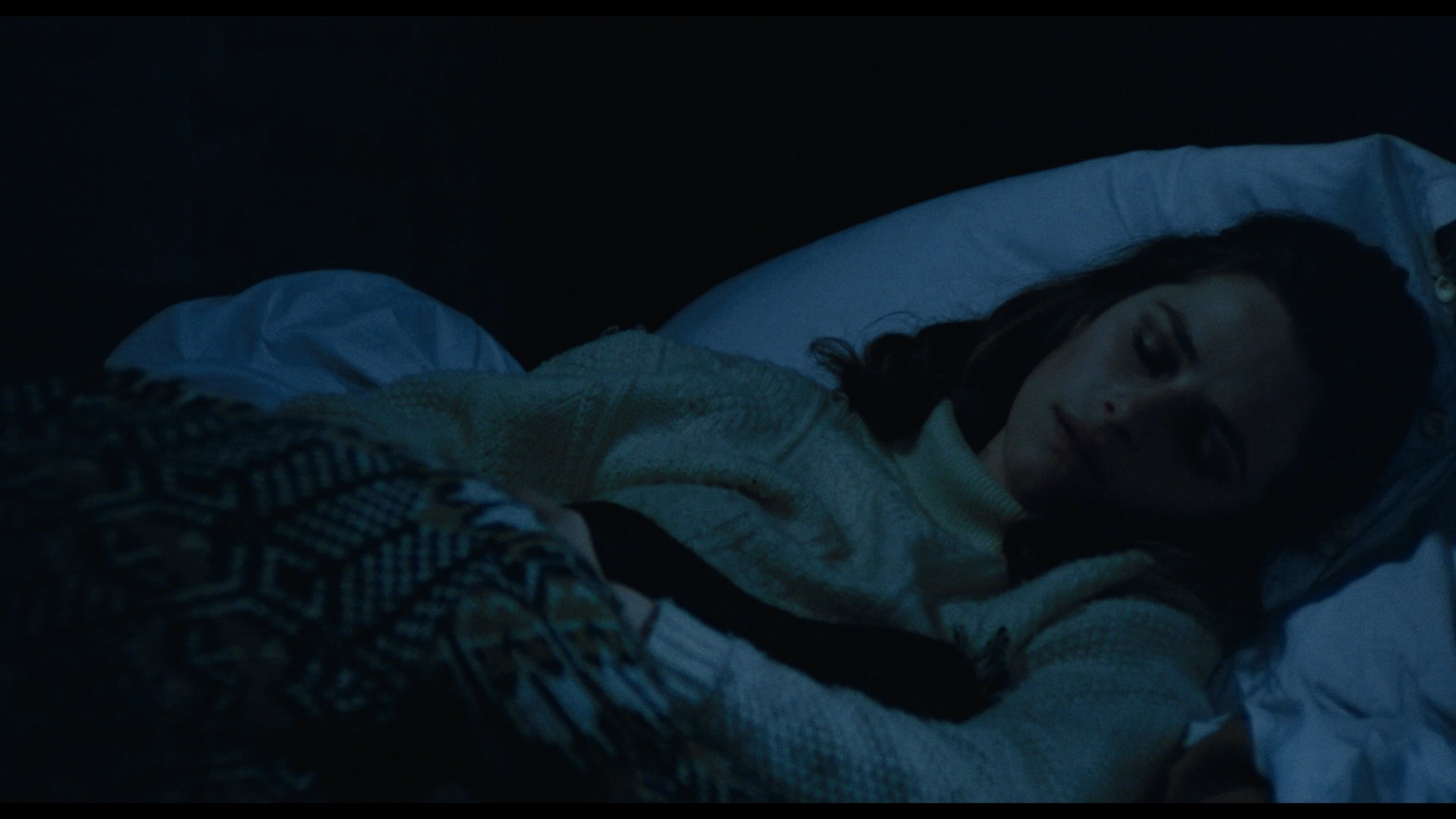 At a swanky Vienna hotel in 1957, the head porter, Maximilian (Dirk Bogarde), is startled when he recognizes a female guest, Lucia (Charlotte Rampling). Max is generally regarded as a noble and professional man, but as it turns out, he was once a Nazi official and engaged in an anguished, tormenting sexual relationship with Lucia during her hellish tenure as a concentration camp prisoner. Even more startling is her willing submission to Max when they meet again, and the two become so consumed by their fatalistic passion that they barricade themselves into a room where they can plunge into the darkness of their own souls. Unfortunately, Max's former Nazi colleagues have noticed his activities and conspire to keep him from revealing any of the dark secrets of his past.

Regardless of how one reacts to The Night Porter, few can argue that Cavani was a director of convictions in her heyday. Before plunging into mediocre TV fare, she managed to shock the Italian bourgeois critics with films like this and her rarely seen Beyond Good and Evil. Of course, the excellent cast helps; Bogarde has never received enough credit for his performance here, 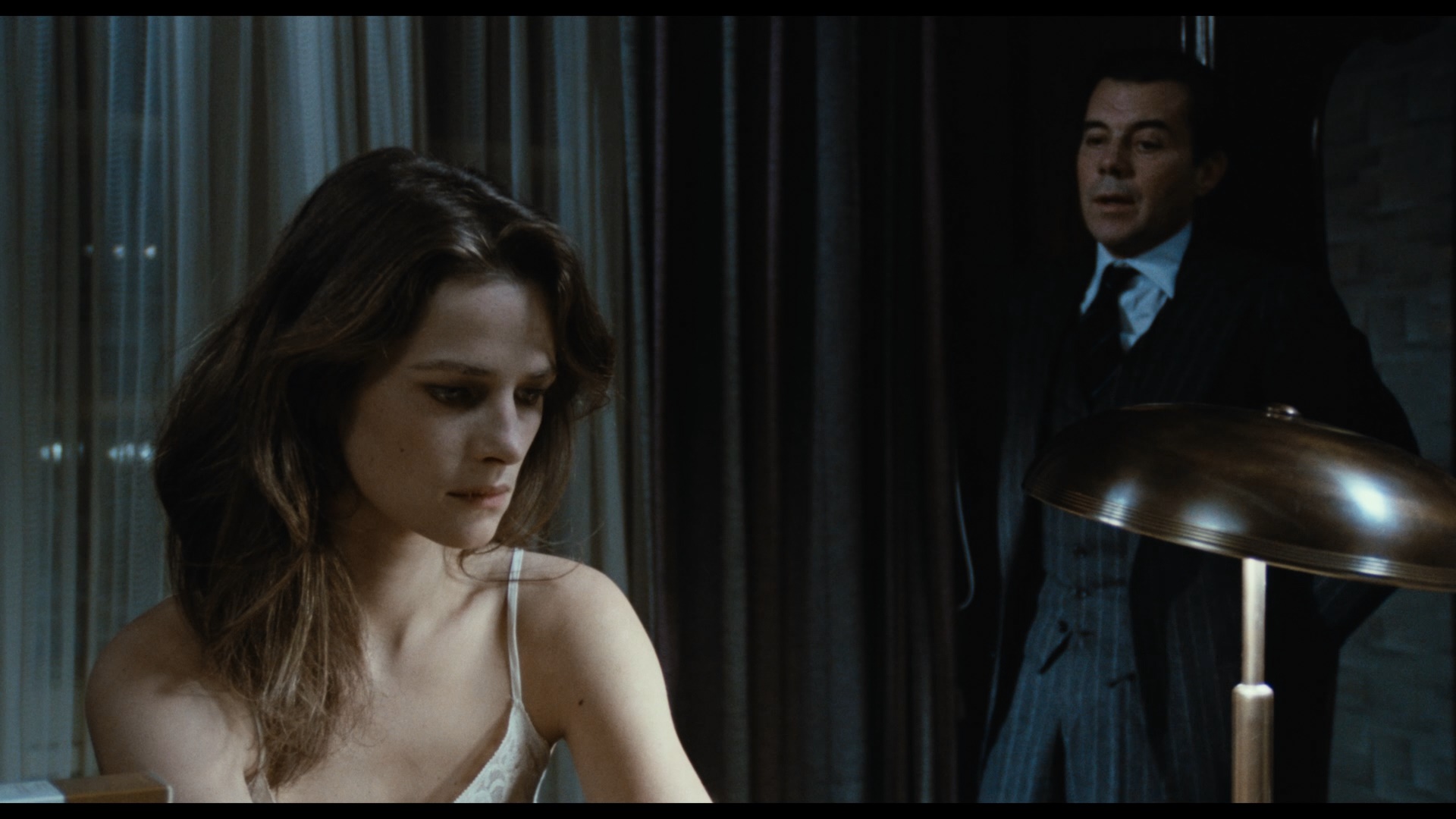 which is complex and fascinating enough to rank with the best work of his often stunning career, while Rampling's icy beauty makes her a fascinating enigma, oscillating 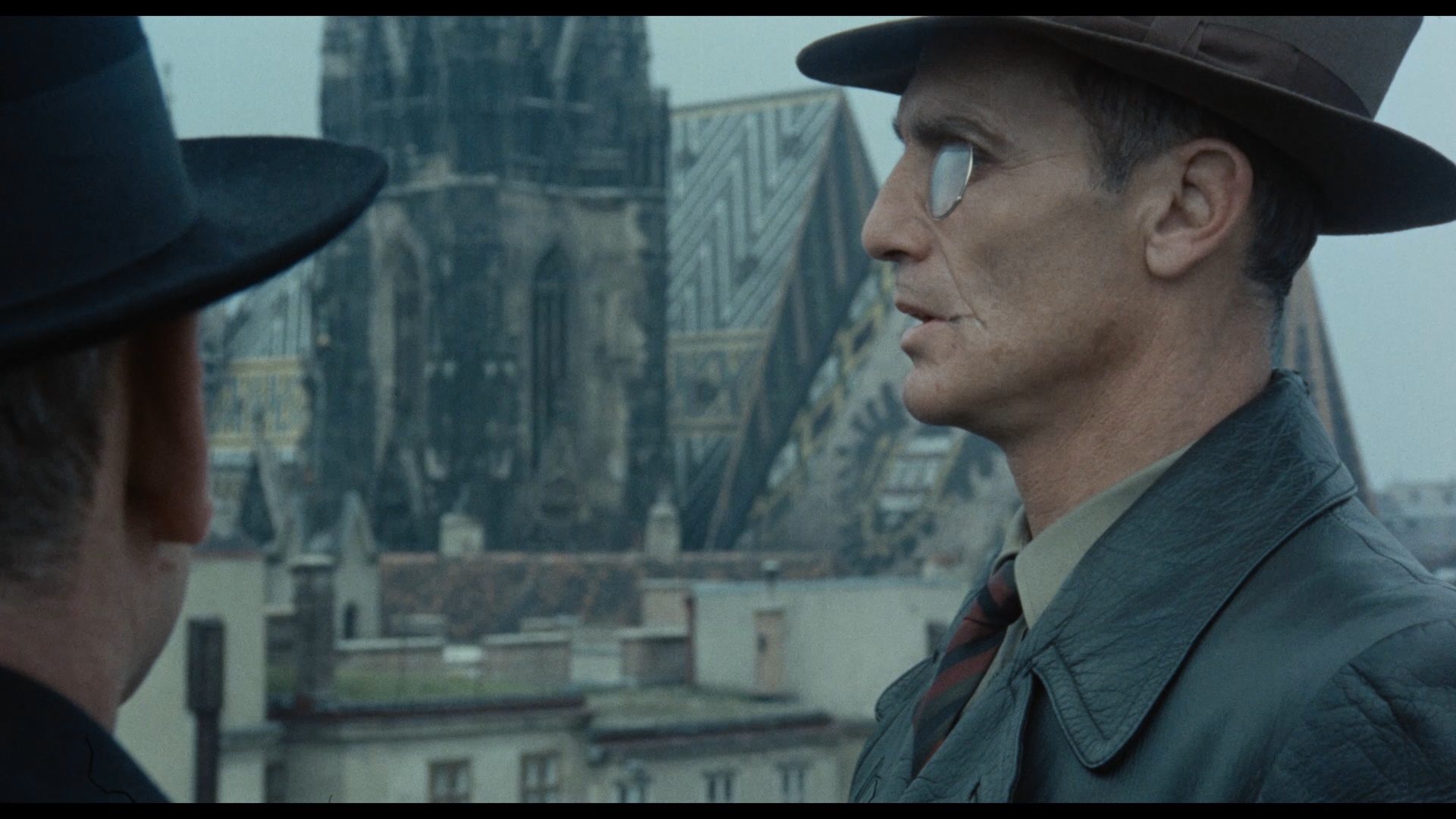 between pleasure and pain. The fact that the two had previously appeared in Luciano Visconti's notorious Nazi epic, The Damned, adds further dimensions to the actors' presence, while sleaze/art regular Philippe Leroy (The Wild Eye, The Frightened Woman) once again mines his effortless ability to weave charm and menace into one suave characterization.

Widely available on home video since the early '80s, The Night Porter always looked washed out and grainy in the U.S. prints circulated by Embassy. Criterion's 2004 DVD, mastered from the same elements used for the 1997 laserdisc and Home Vision VHS editions, was a veritable feast for the eyes in comparison with the earthy hues of the hotel sequences contrasting effectively with the chilly grays and blues of the World War II flashbacks. Though the DVD was bare bones, Criterion gave the film a bit more love in 2014 with a Blu-ray release featuring a solid 2K remaster featuring the familiar director-approved color scheme and an LPCM English mono track with optional English subtitles. That edition features a new interview with Cavani (8m33s) about the production of the film, most interestingly her desire to get Bogarde for the male lead and either Rampling or Mia Farrow for the female one. Also included is "Women of the Resistance" (49m56s), a 1965 documentary by Cavani composed of interviews with female partisans who survived the German invasion of Italy, also with an introduction by Cavani (4m55s) about the surviving women she tracked down and spoke to. The insert booklet features liner notes by Gaetana Marrone, author of The Gaze and the Labyrinth: The Cinema of Liliana Cavani, and an excerpt from a 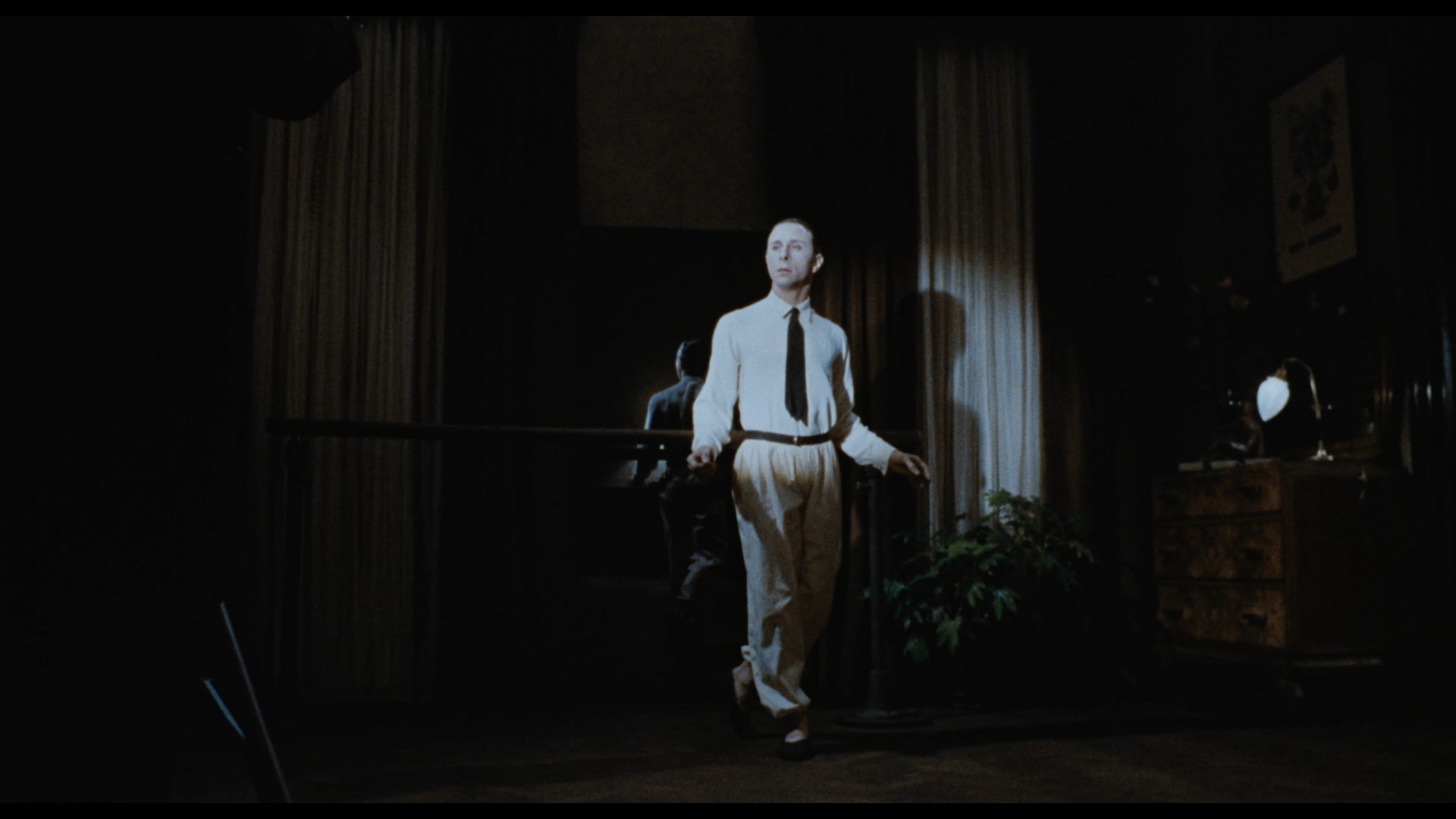 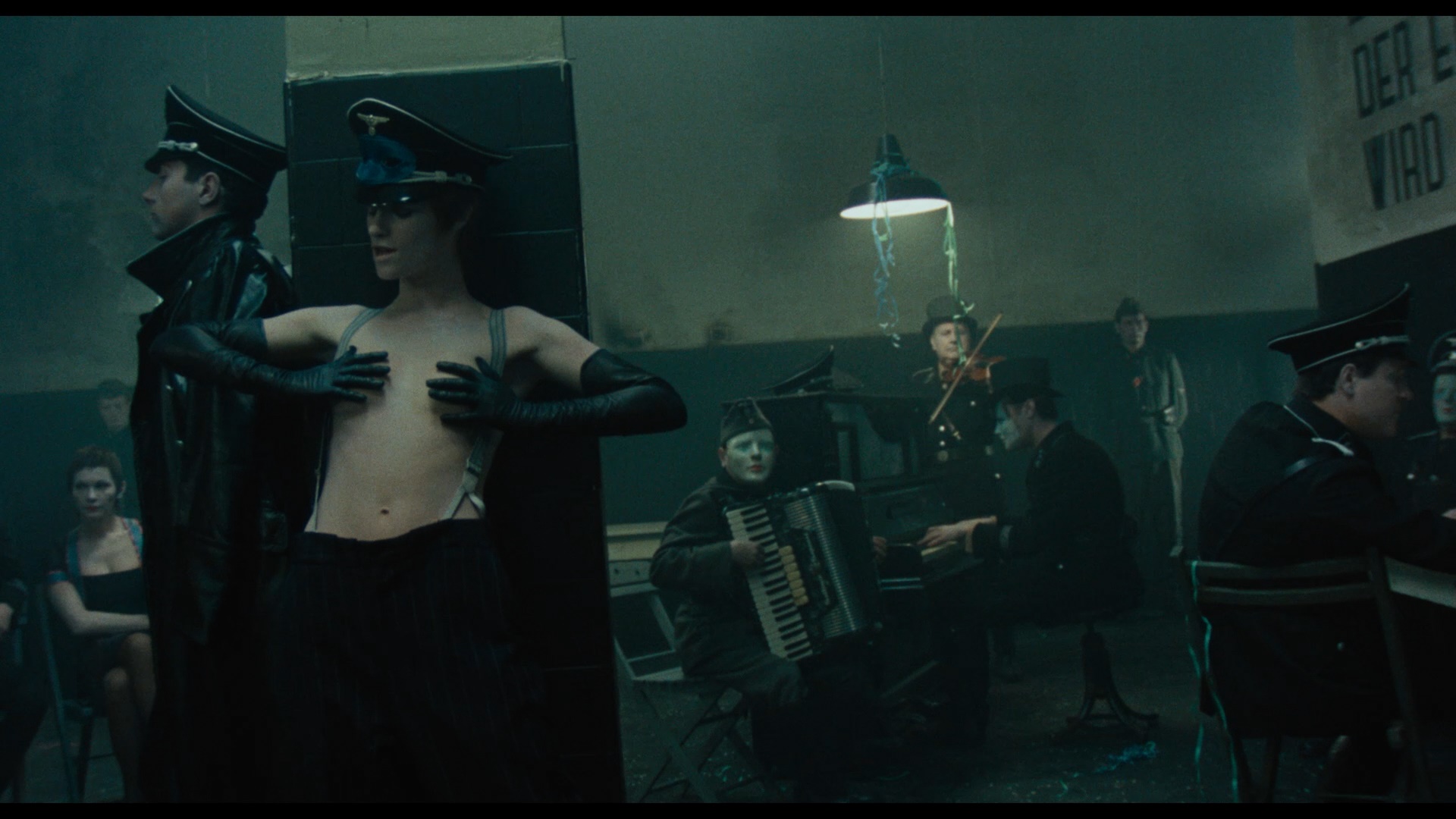 In 2018, the film underwent an extensive restoration under Cavani's supervision that made an appearance on U.K. Blu-ray in 2020 from Cult Films. The color timing and framing are close to what we've seen before, but there's a notable uptick in detail here with fine texture in hair, clothing, and walls looking more tactile here throughout. The LPCM English mono track sounds pristine and features optional English SDH subtitles. Also, the Cult Films transfer runs nearly a minute longer than the 118m21s Criterion due to quite a few extra opening logos at the beginning. A new Cavani interview (37m20s) is a thorough account of her career from her early days founding a film club in school and working at RAI, where she worked on four documentaries about Nazis that exposed her to considerable concentration camp footage. She goes in depth about how that experience informed this film, as well as the casting process, the contributions of costume designer Piero Tosi, and how it was financed and released including the participation of United Artists that saved it at a crucial point. Then a new video interview with Rampling, "The Reality of Emotions" (30m28s), touches on her thoughts on the "extreme" love story, her friendship with Bogarde while doing The Damned together earlier, the fact that she'd just given birth before receiving the script, the importance of the project to Bogarde tied to his own harrowing experiences during the war, the outraged reaction of Pauline Kael, and the sudden surge of interest in the film after a disappointing initial opening in France. 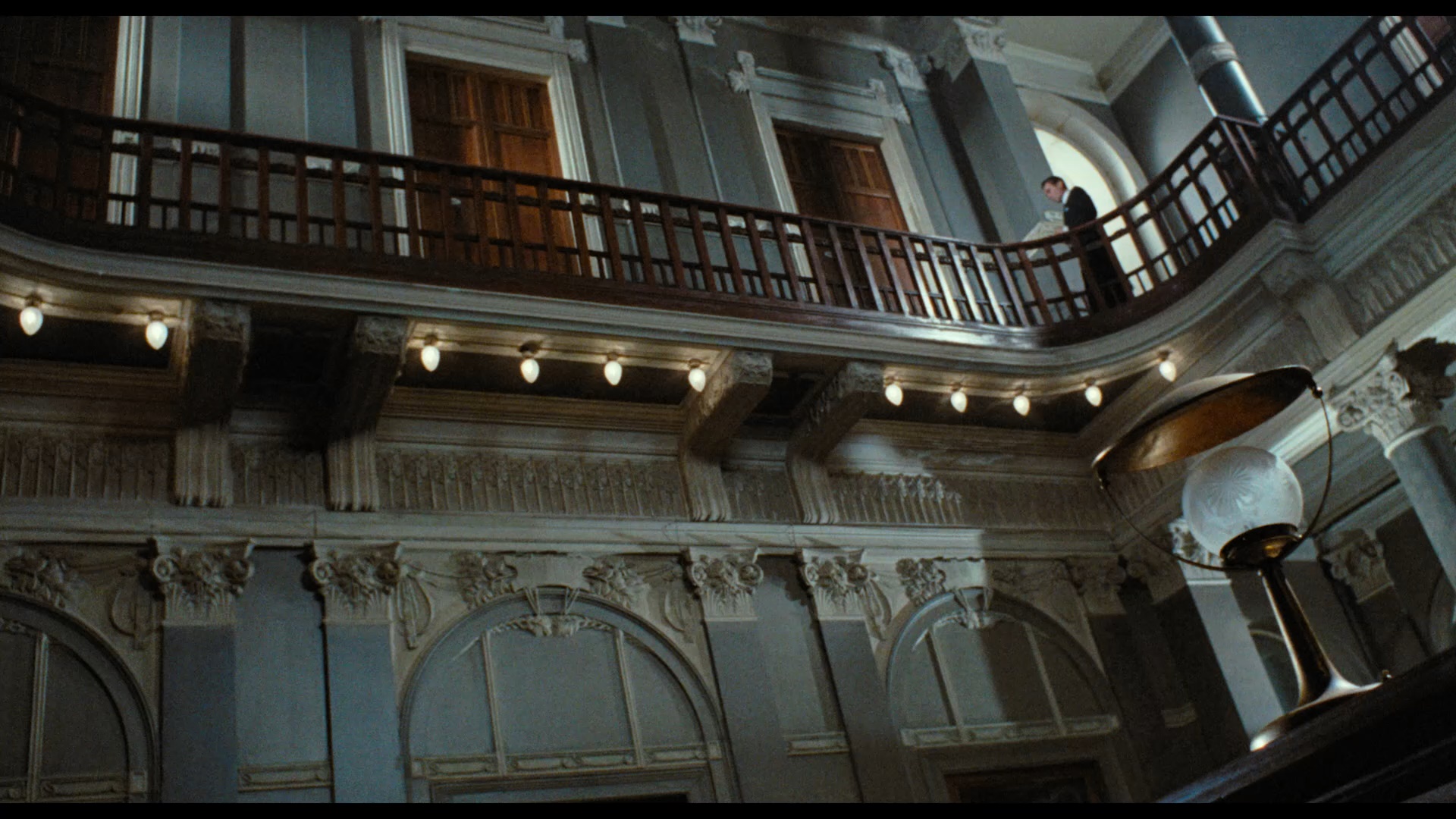 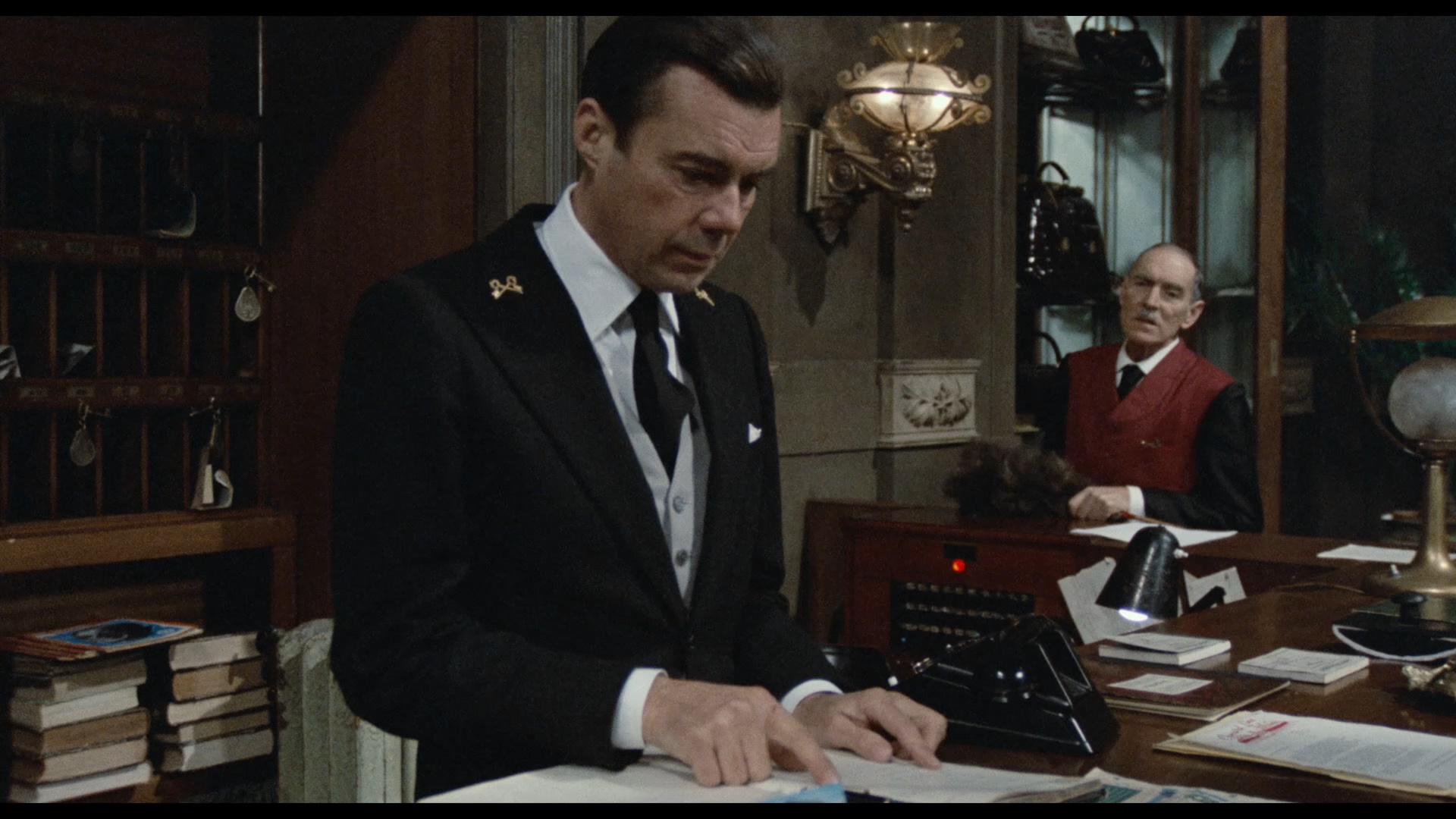 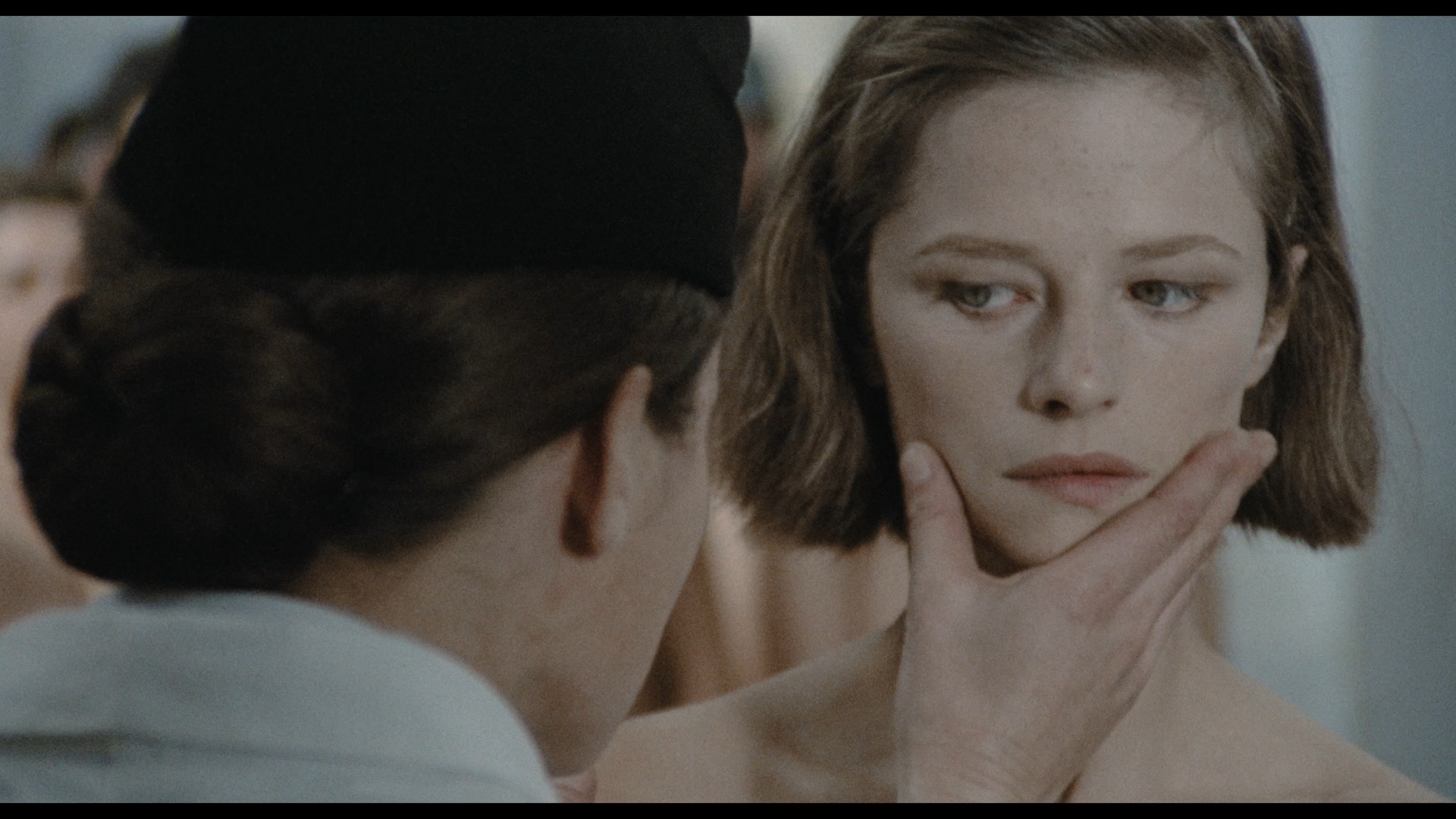 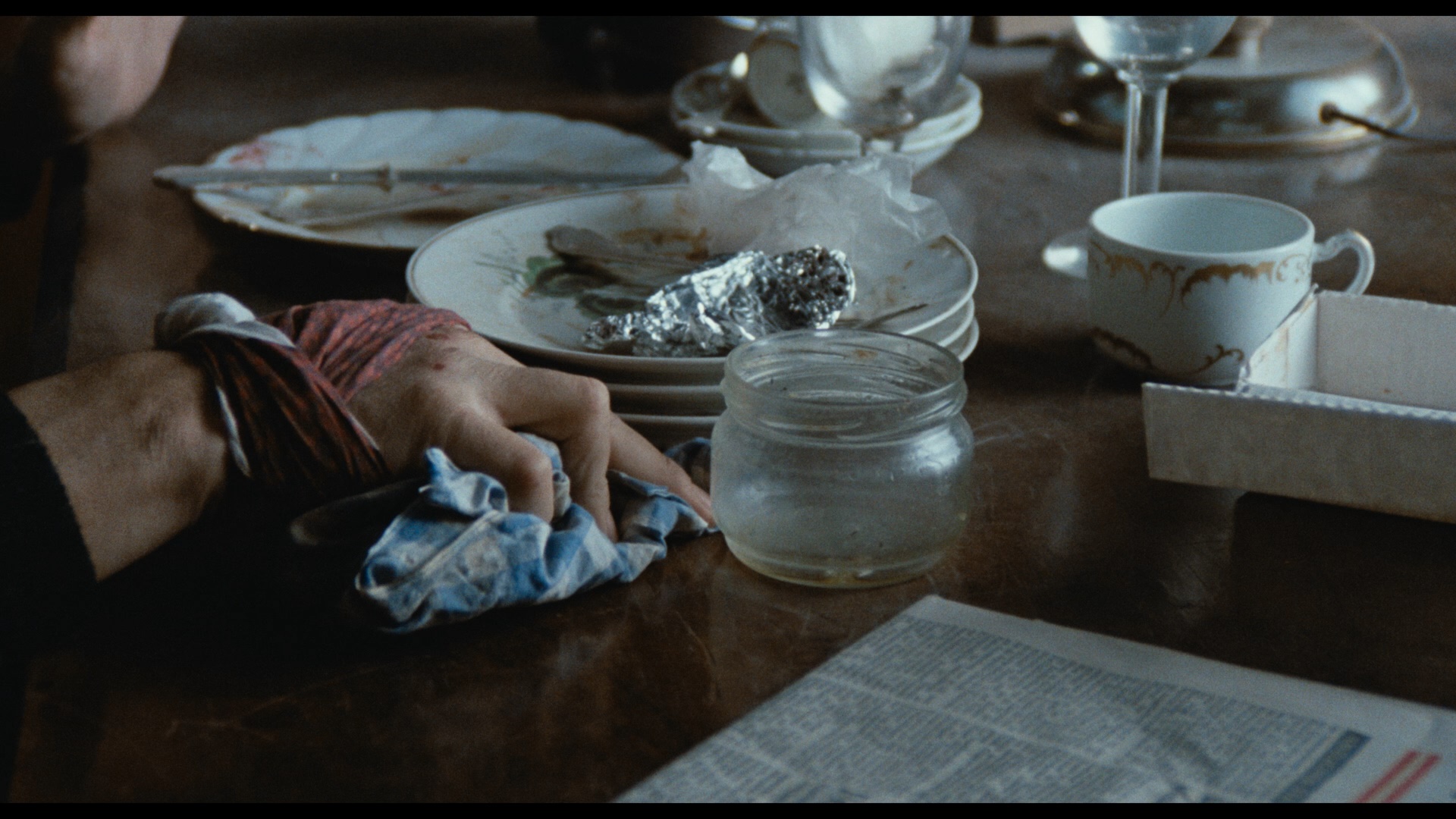 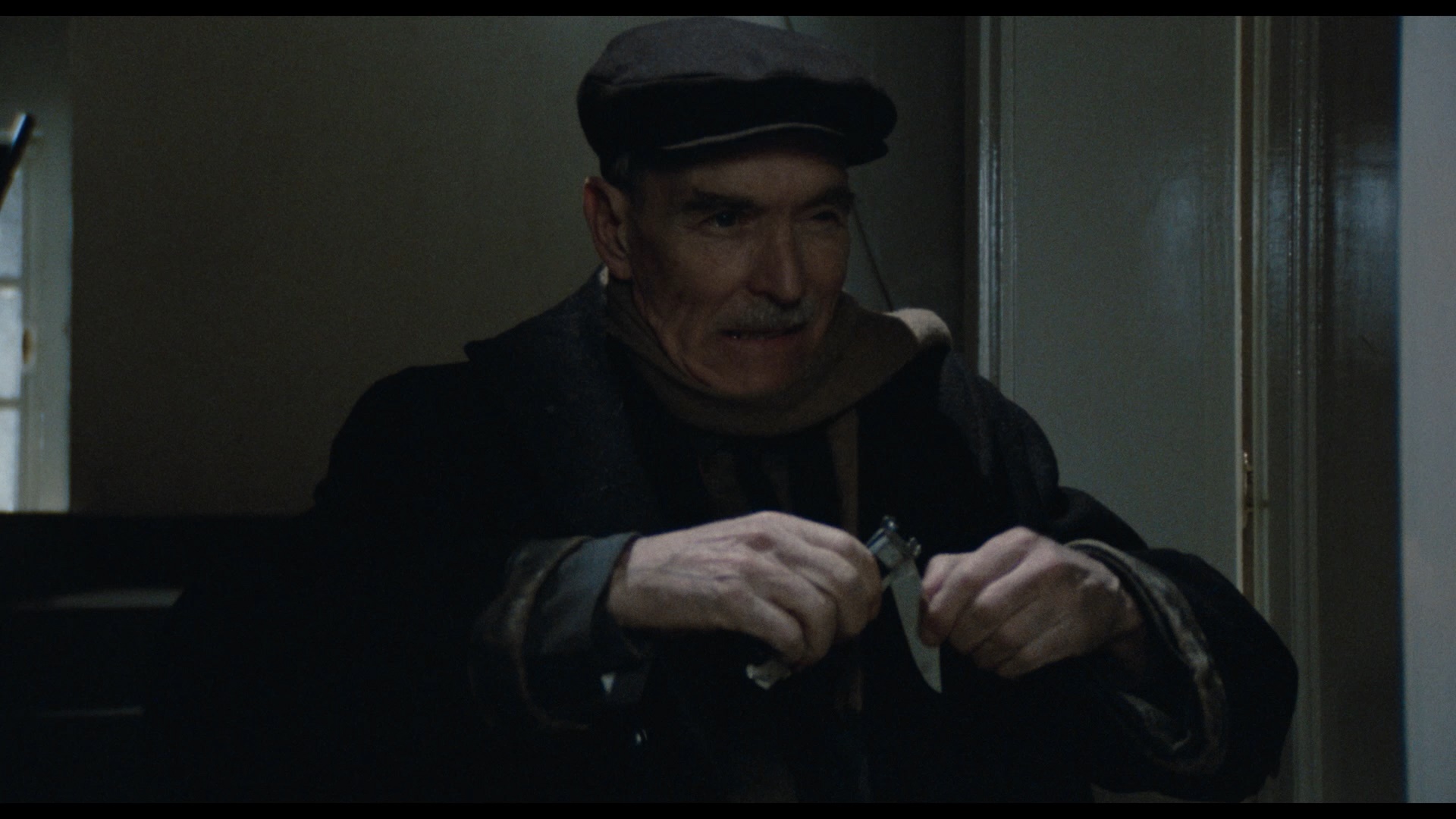 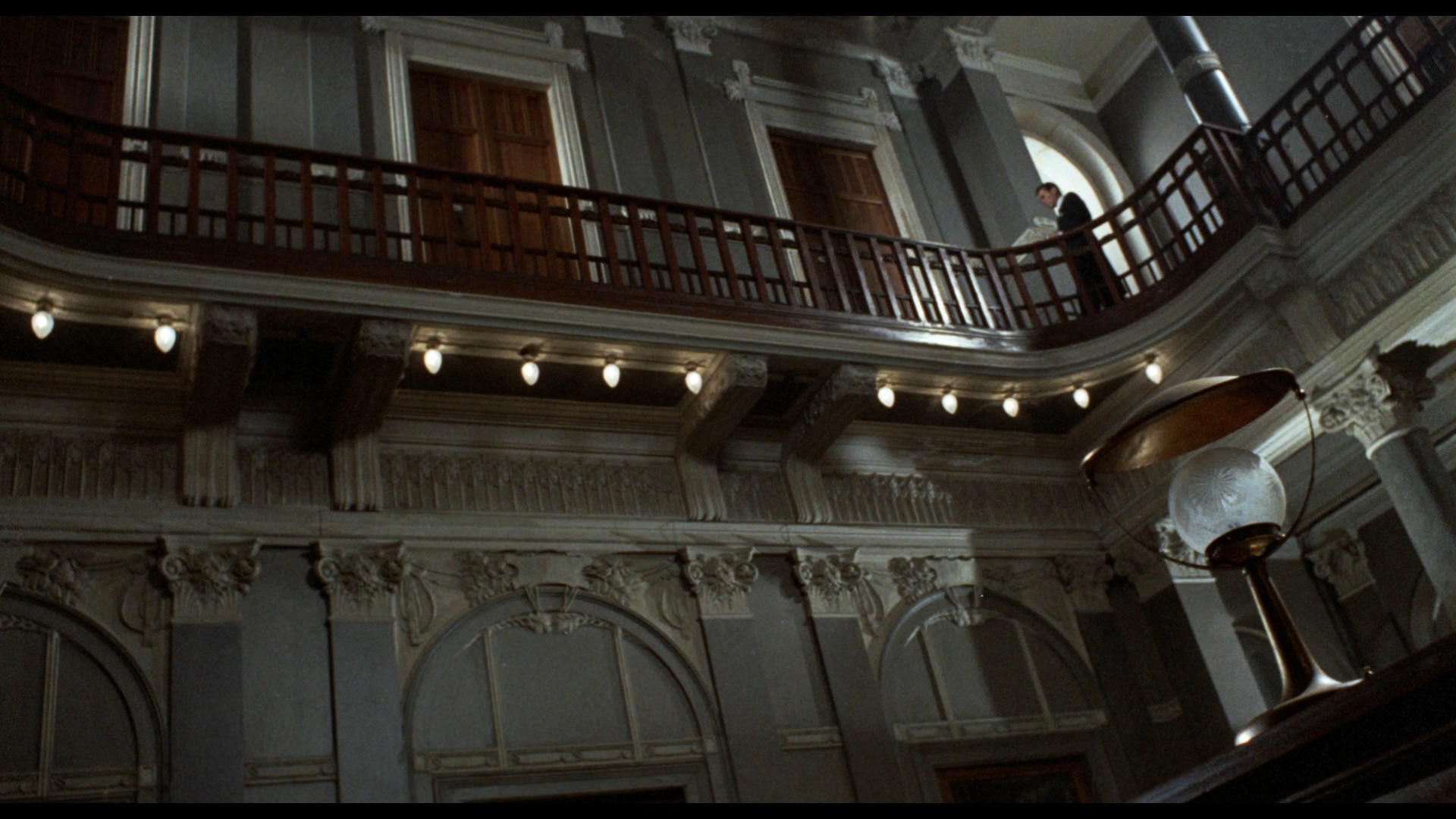 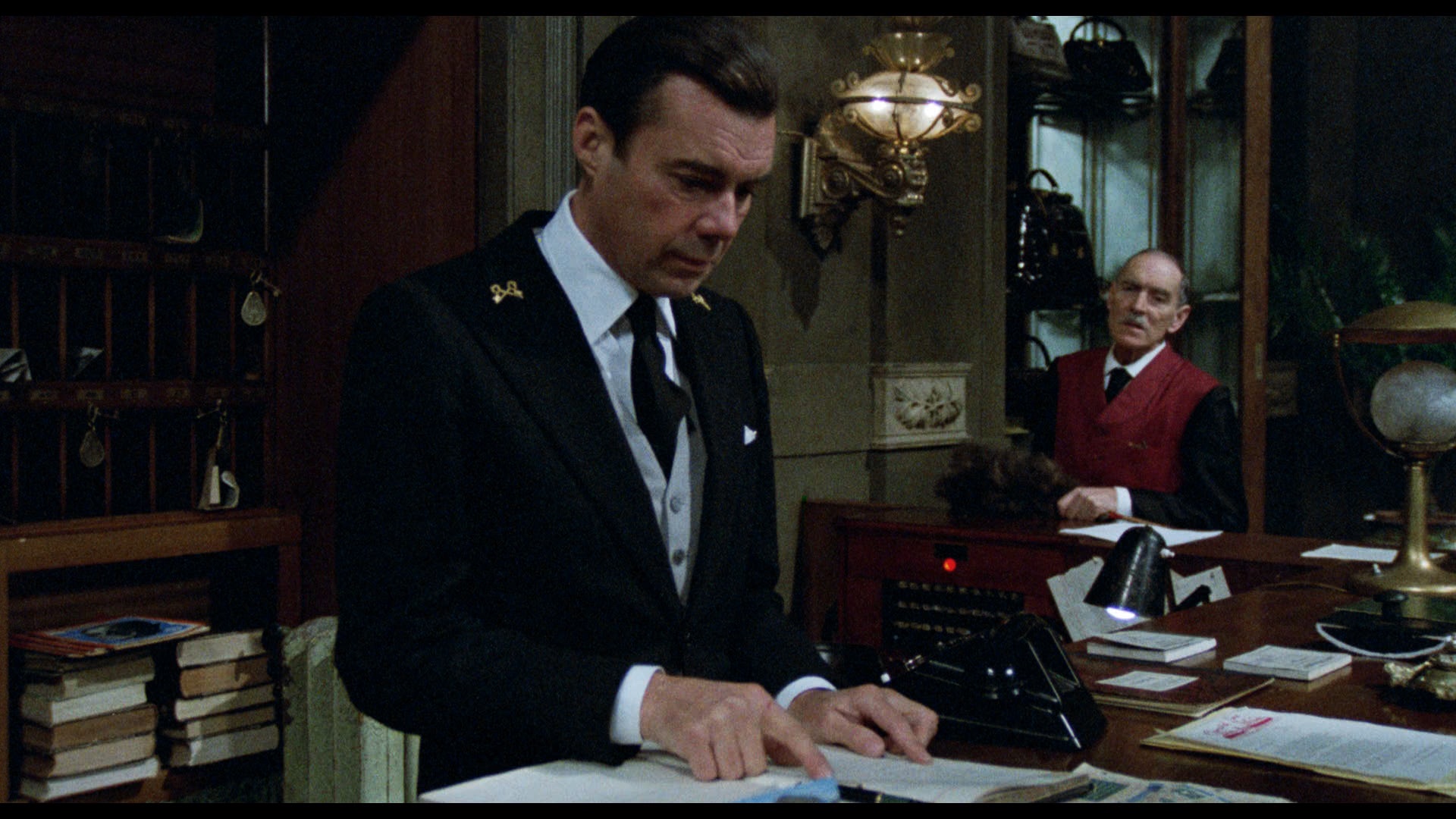 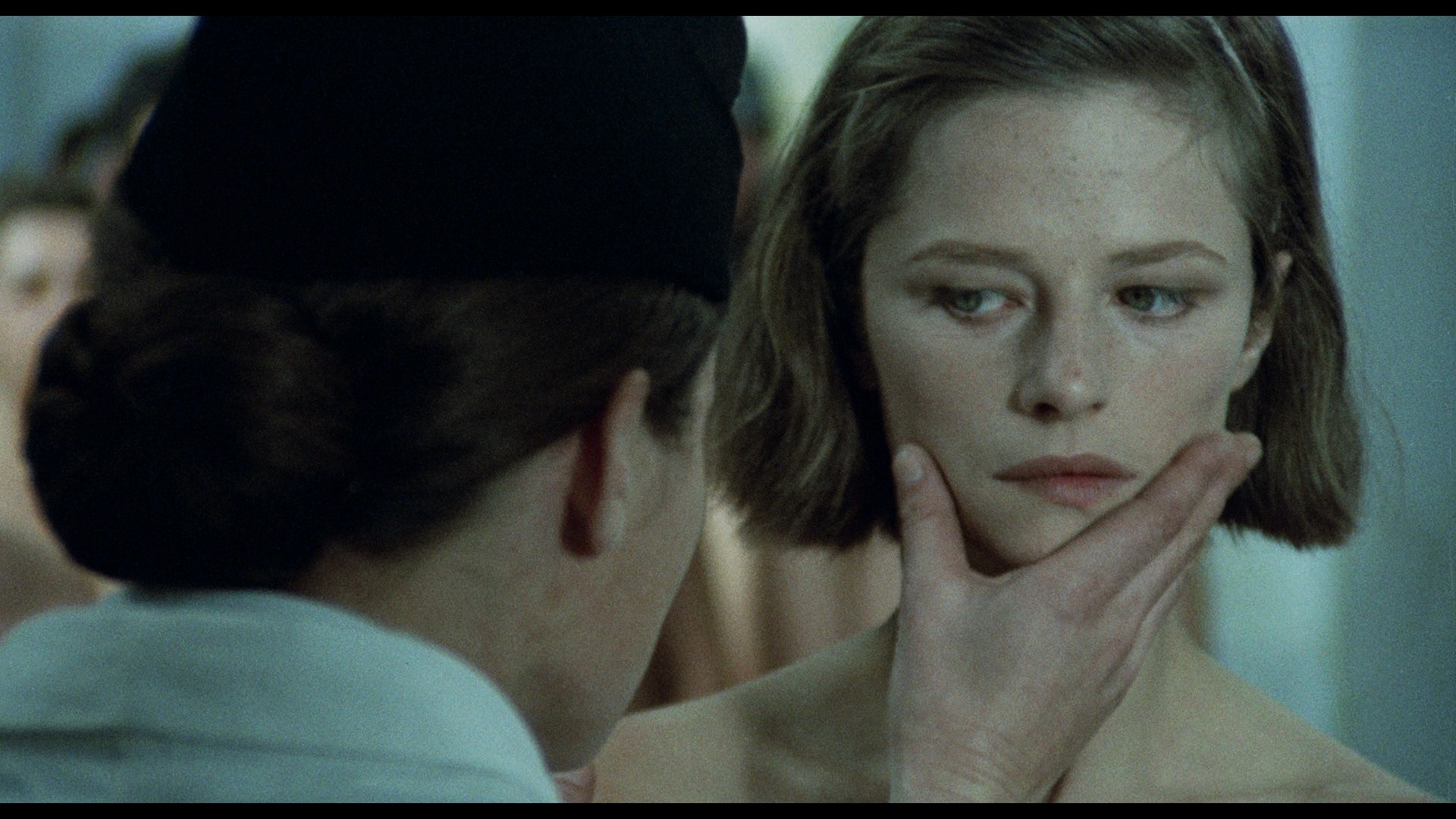 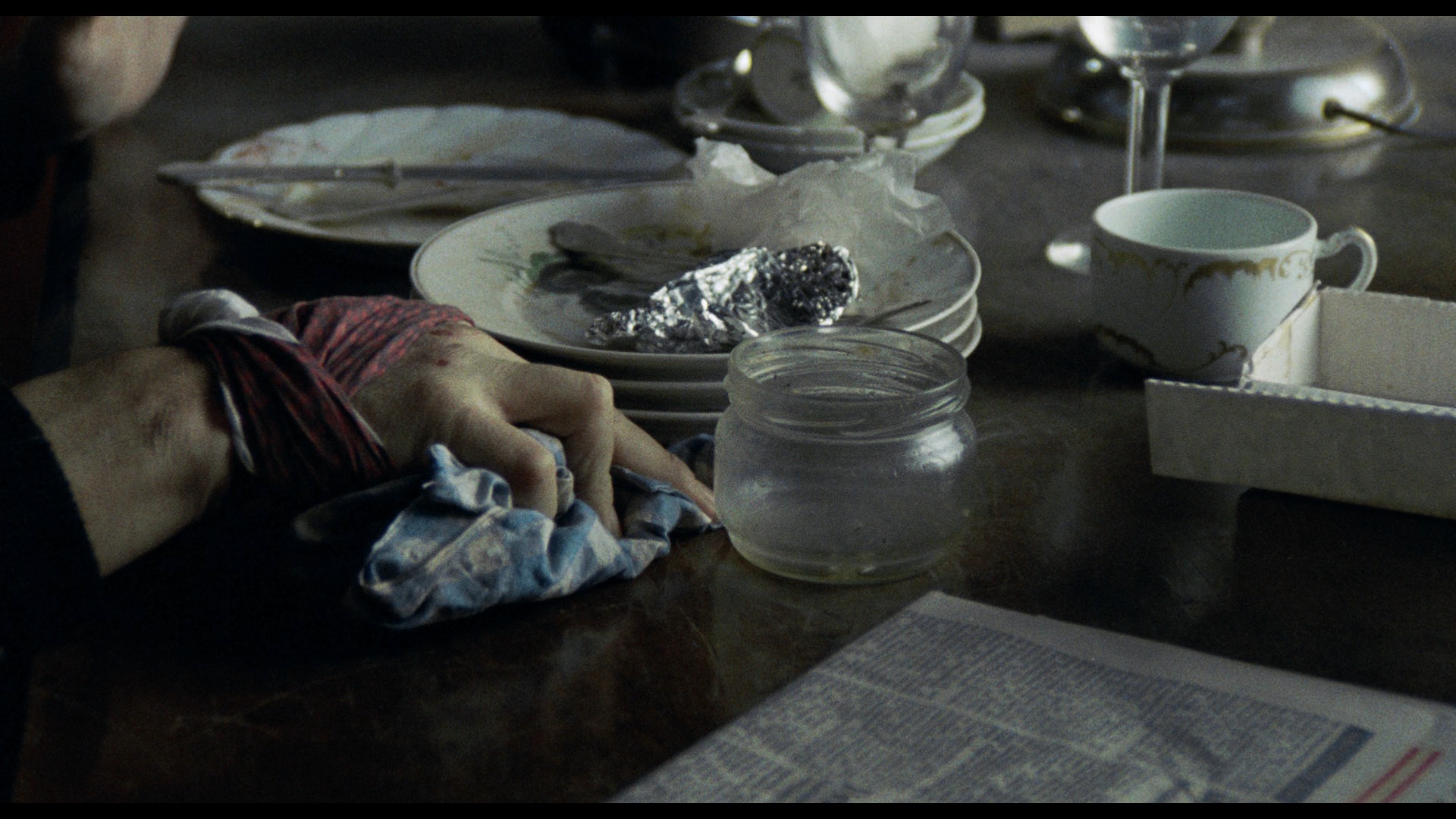 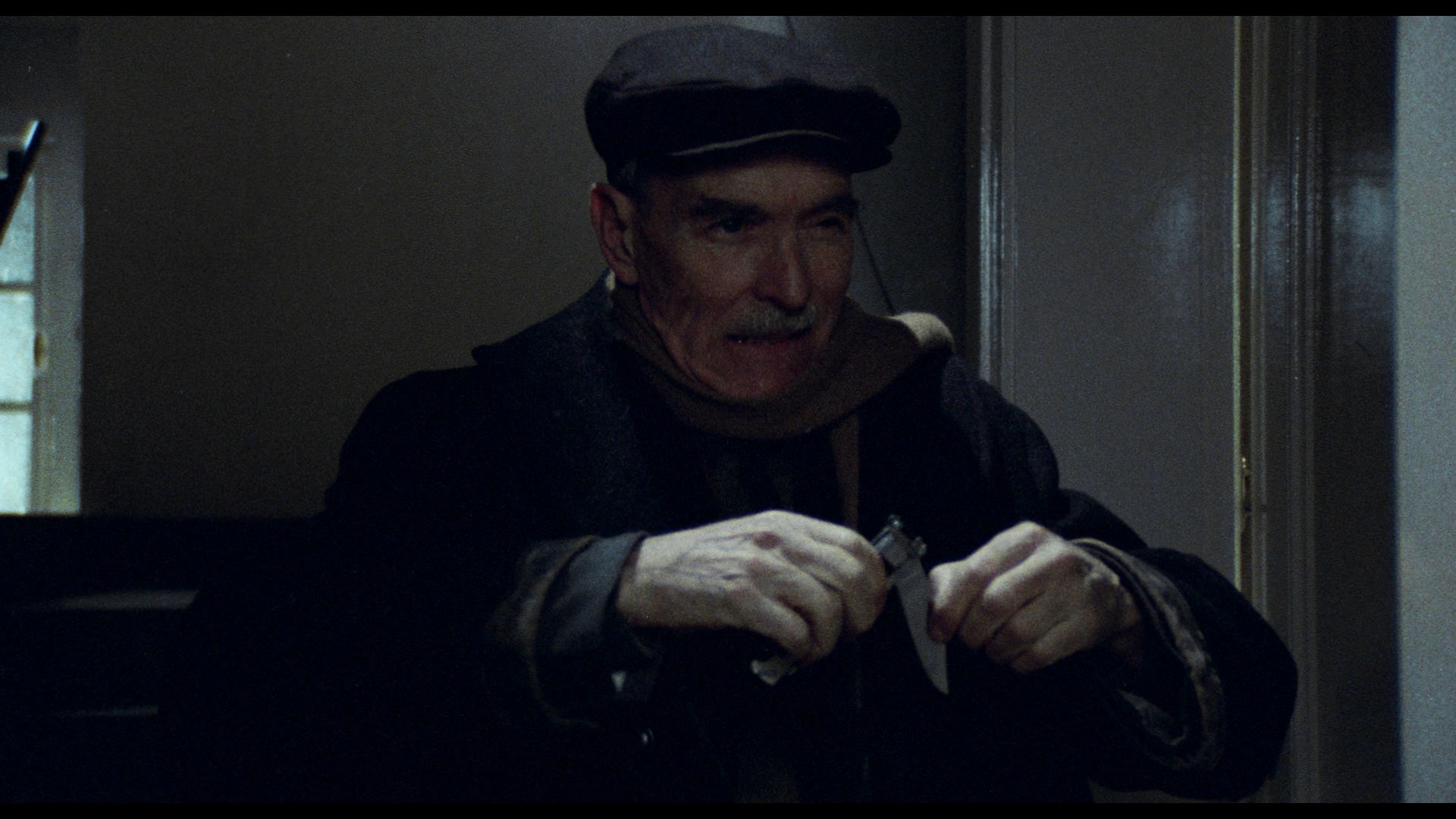