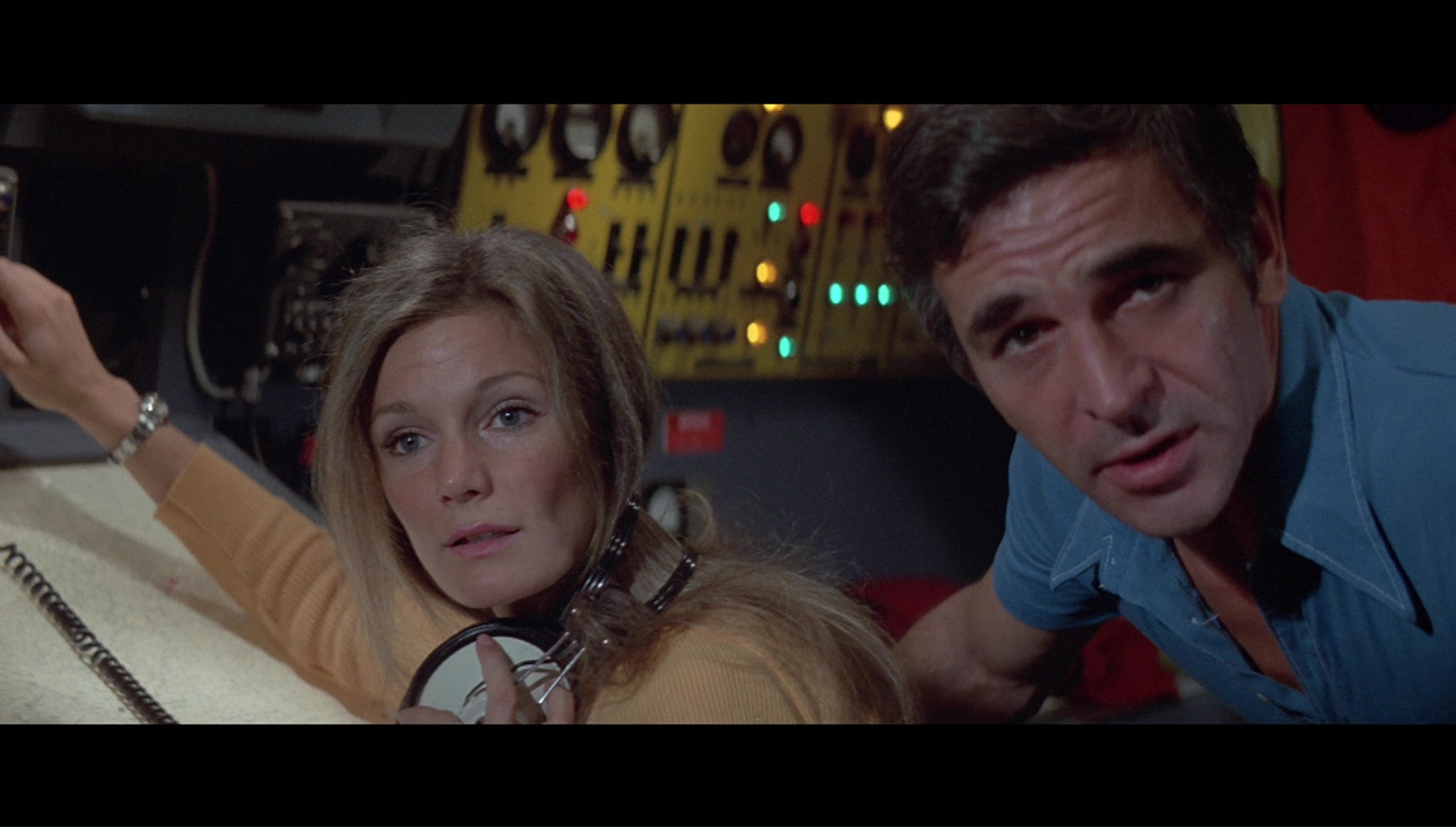 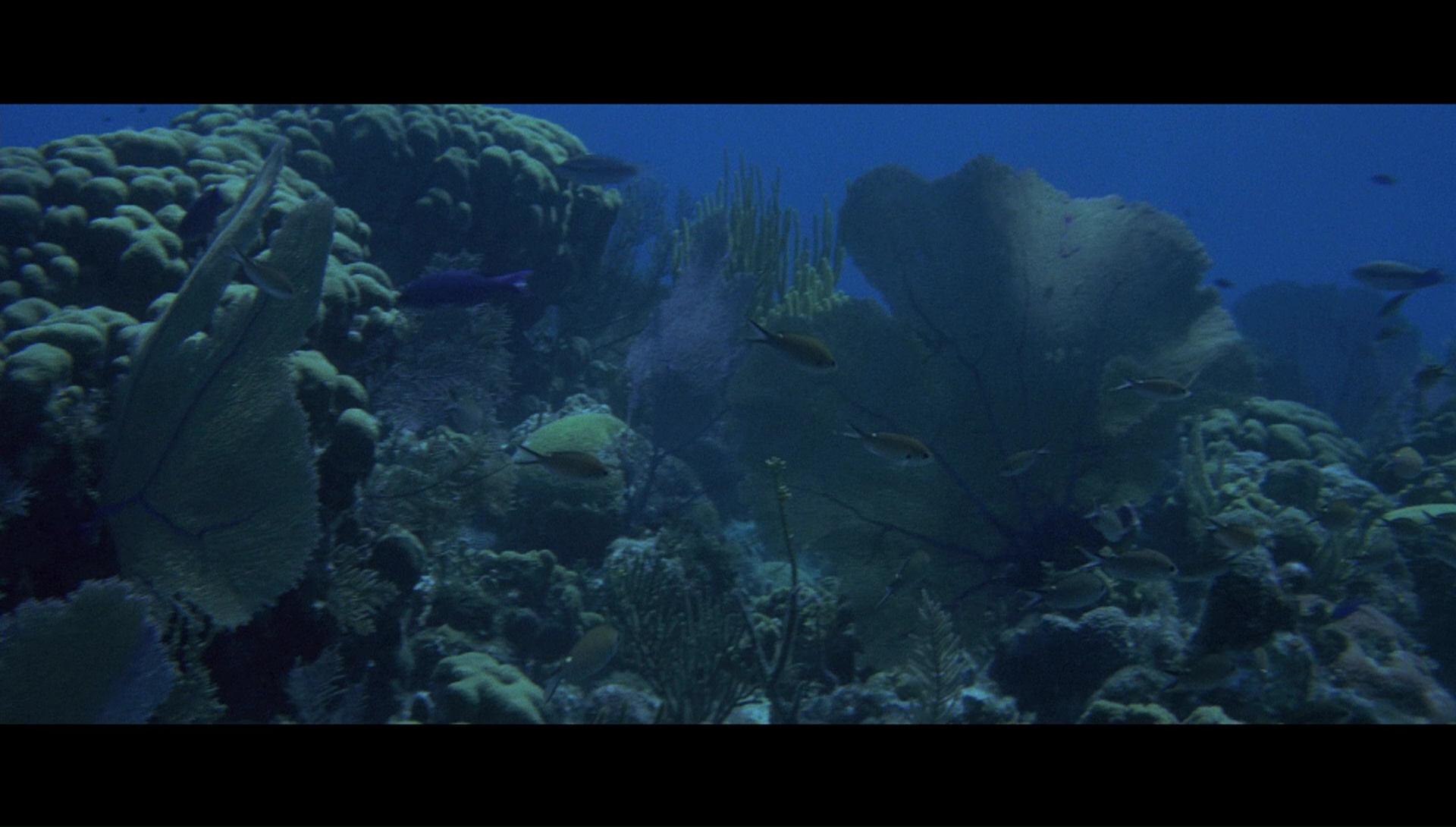 Aquarum nuts will be in ecstasy when they set eyes on this underwater adventure, featuring a wildly overqualified cast and enough exotic deep sea footage to fuel a dozen science TV shows. Clearly drawing inspiration from Irwin Allen's Voyage to the Bottom of the Sea, it's the kind of amusing G-rated popcorn fare designed to fill out a Saturday matinee bill -- which of course means it holds a pretty powerful nostalgic pull now.

When a sudden undersea earthquake strikes, the innovative science facility Ocean Lab II is sent spiraling down into a newly-opened trench. With time running out, a team of oceanic and rescue experts is assembled including scientist Dr. Samuel Andrews (Forbidden Planet's Pidgeon), military commander Adrian Blake (Gazzara), diving leader Mack (Airwolf's Borgnine), and sea life doctor Leah Jansen (Mimieux, basically a dry-ish run for her role in The Black Hole), whose husband is among the stranded. Also along for the ride is pro diver Bob Cousins, played by future soap and all-around TV regular Donnelly Rhodes (before growing his familiar mustache). Piloting a mini-sub called the Neptune, they soon explore a colorful variety of marine life while barreling through the depths to save their colleagues. 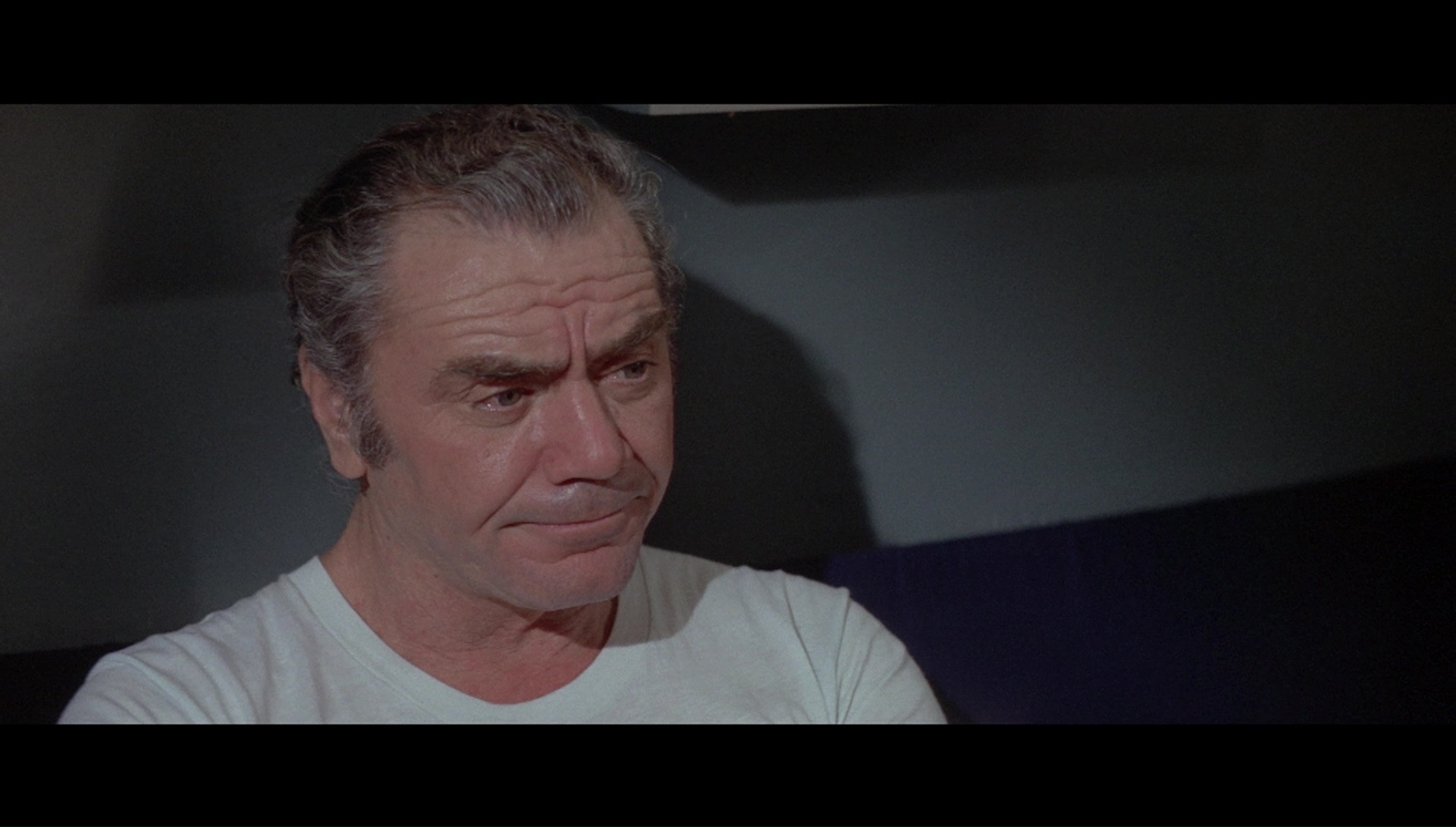 First of all, if you're expecting an action film based on that poster art, this ain't it. Most of the film consists of the stars chatting about ocean travel, man's possible survival underwater in the near future, and 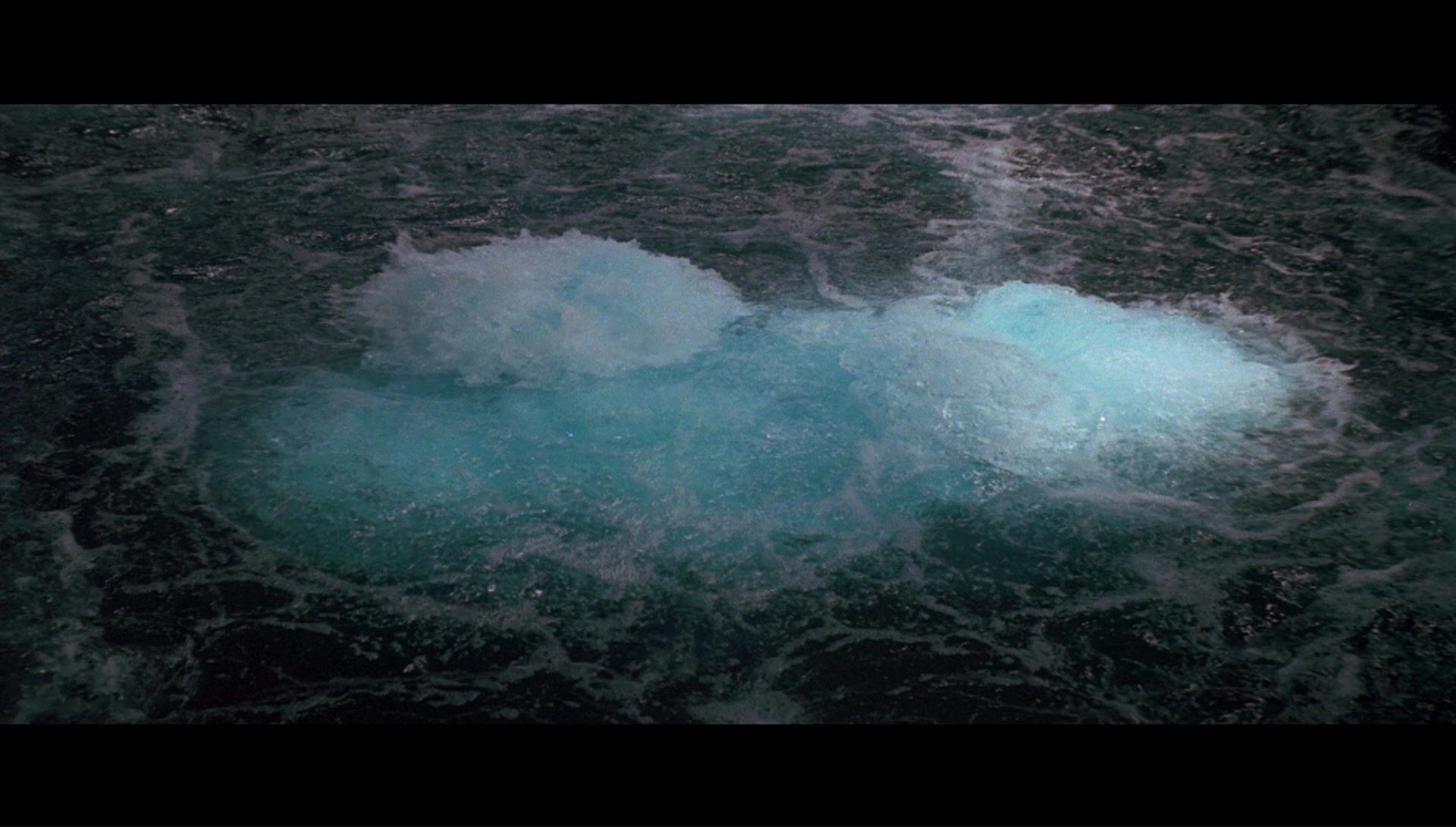 watching lots and lots of stock footage of fish. However, that's also part of its charm as this represents a cockeyed attempt by Canada to play with the disaster movie big leagues, and thanks to the participation of many marine scientists and such institutions as the Bedford Institute of Oceanography and the Canadian military, they manage to make most of the details and lingo quite convincing. It was also the first stab at a disaster film for producer Sandy "Sanford" Howard, who had just scored a hit with A Man Called Horse and would go on to effectively sink AIP with Meteor. All of the actors could essentially sleepwalk through their roles if they wanted to, but it's fun to see a bunch of pros treat the material with the utmost gravity (especially Gazzara, a long way from Cassavetes here).

Released theatrically by 20th Century Fox, The Neptune Factor (subtitled An Undersea Odyssey) makes its bow on Blu-ray courtesy of Kino Lorber Studio Classics' 2016 release (following a 2007 DVD edition from Fox and, going way back, a VHS from the label's Playhouse Video). The fresh HD transfer looks quite solid with very vivid colors and sharp detail throughout 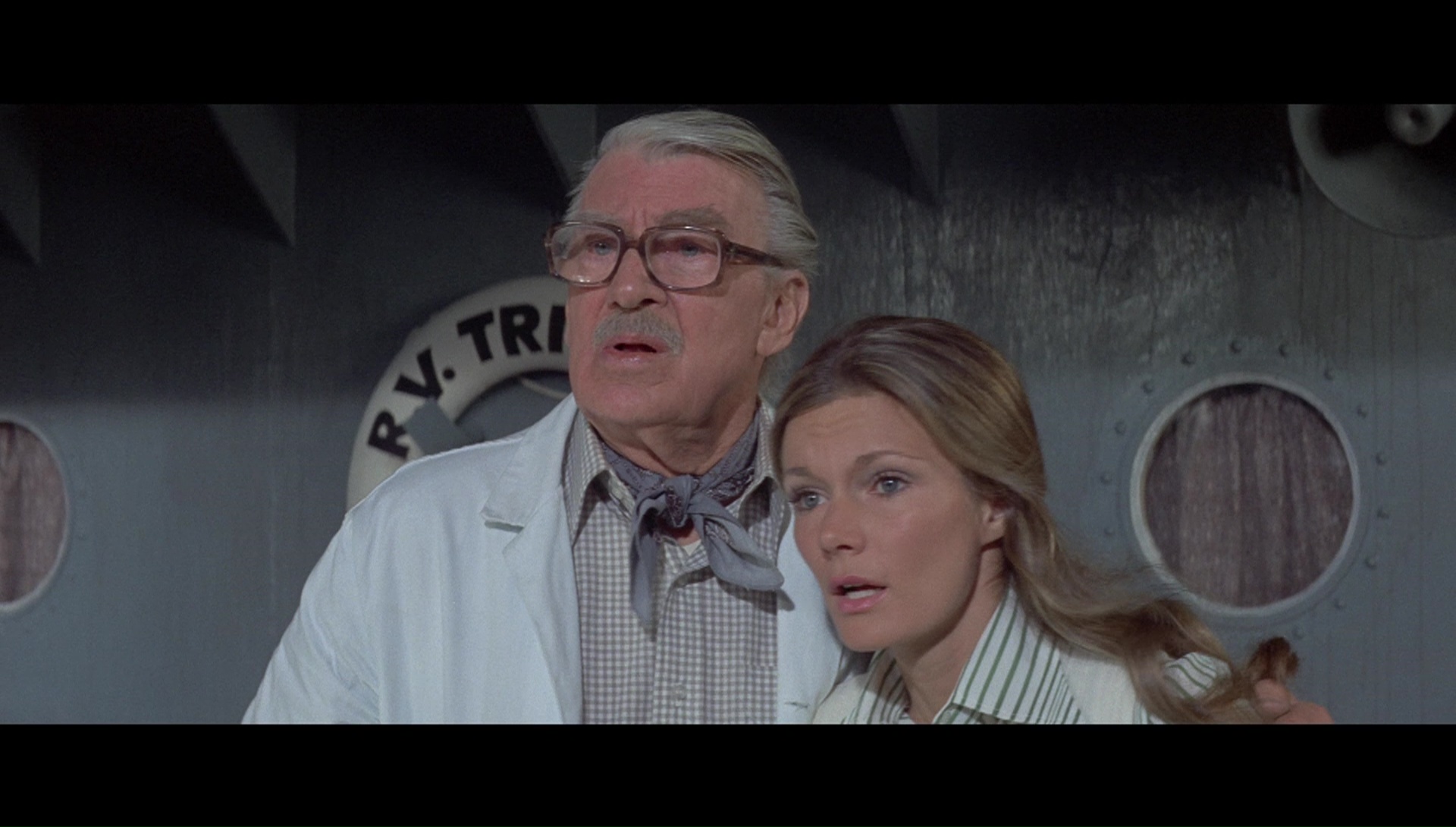 (apart from the stock footage and layered optical shots, of course), with natural flesh tones and no crazy hue manipulation in sight. The DTS-HD MA English mono track sounds perfect, and optional English subtitles are provided.

The extras from the prior DVD have been carried over here, namely a theatrical trailer and two teasers, 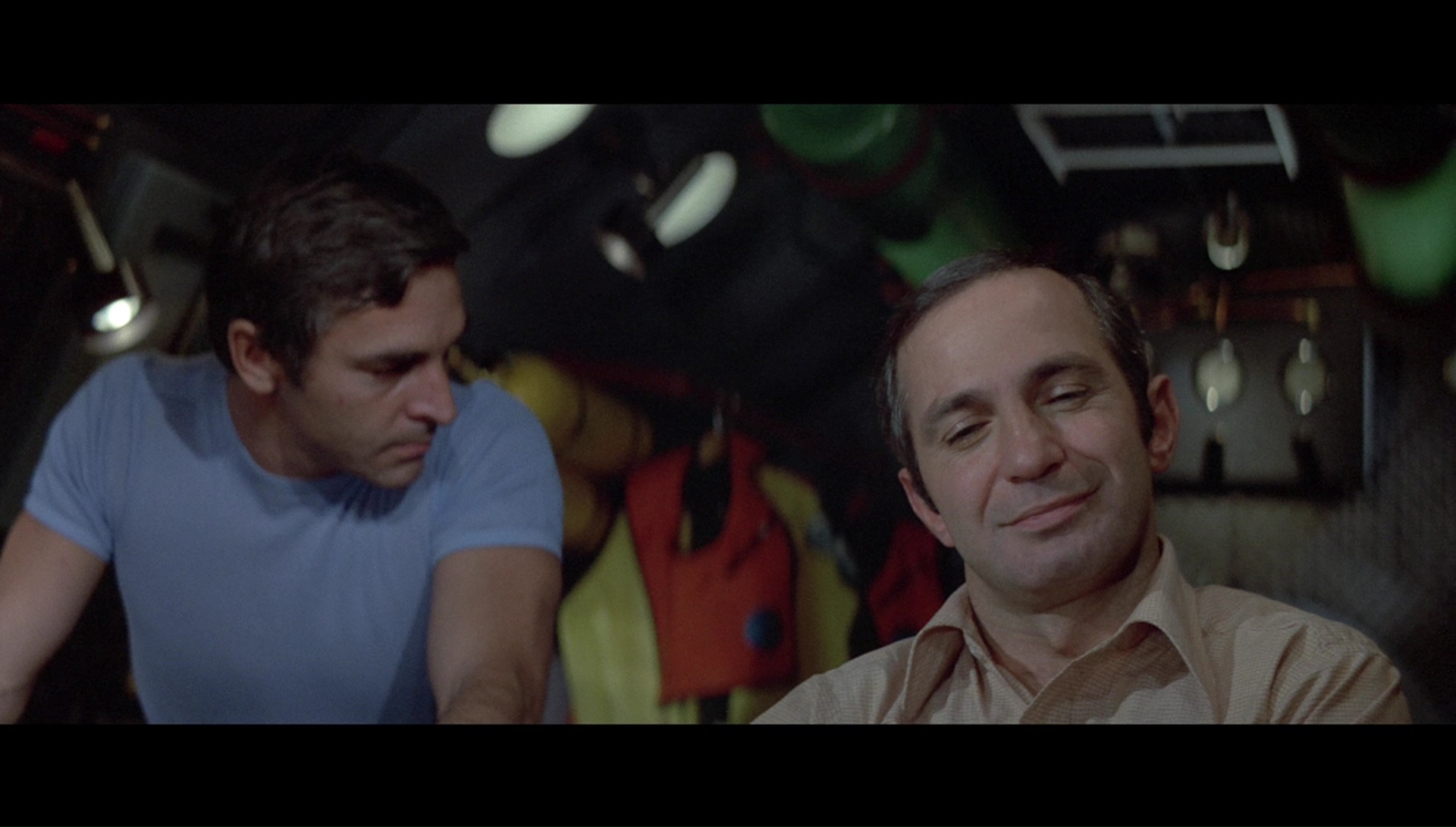 a great little 8-minute promotional featurette, and a gallery of very cool stills, promotional art, and model shots. Also carried over here are two welcome audio options, an isolated score and effects track spotlighting the soundtrack by Lalo Schifrin and an alternate, much punchier and more upbeat rejected score by William McCauley. New to this release is a very informative audio commentary by film historian Jason Pichonsky and Canuxploitation!'s Paul Corupe, who cover the film's important status as an early and pivotal Canadian tax shelter project, the various entities involved in getting the production off the ground, background info on the major players, the large amounts of money and extensive construction in Toronto involved, and plenty more. They promise early on not to make too many fish puns and mostly stick to it, and they're pretty good at fish identification, too. Finally the disc rounds out with bonus trailers for The Island of Dr. Moreau and War-Gods of the Deep.