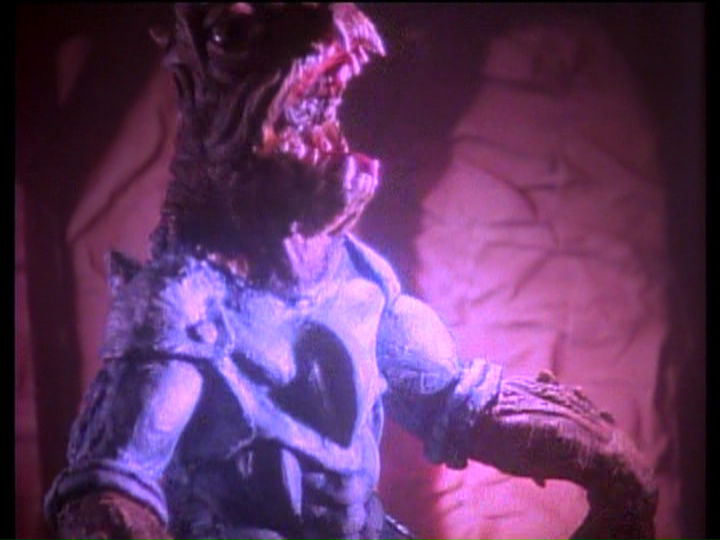 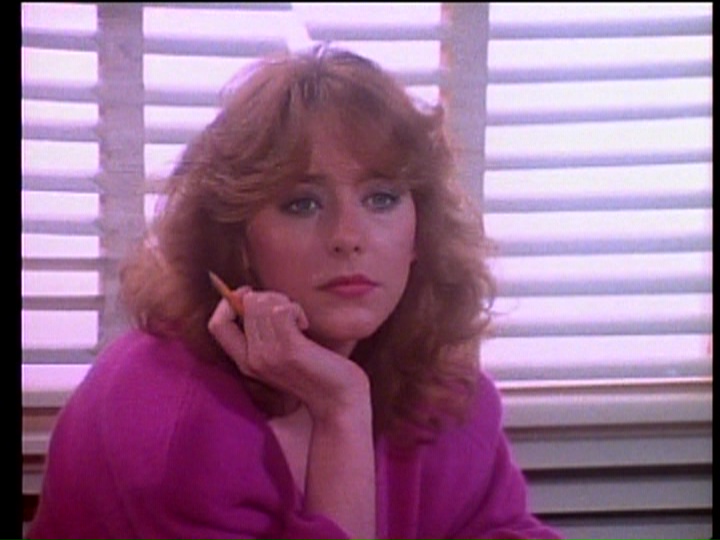 A DIY sci-fi film truly unlike any other, this psychedelic creature feature is a real treat for homegrown horror junkies. Shot on a shoestring in Oklahoma, it's an utterly charming cheapie with big hair, stilted acting, a smattering of fake blood, and half-eaten monster cows.

Our yarn begins in the Milky Way galaxy on a little average-sized planet called Earth, where an astronomer Professor Jim McFarland (Baker) and his secretary-assistant-loyal compadre Ann (Hutson) guide some university students on a night of stargazing. "The existence of life has always fascinated man," McFarland tells them in the most halting line delivery you'll ever hear. "Down through the centuries. In all the infinite vastness of space. In all the universe, there surely exists life. Intelligent life. Other than our own." Right on cue, a mysterious red ball of light throbs through the sky, which the space expert writes off as a meteor. Of course it's actually a flying saucer, first seen up close by a couple of hammy winos who perish in a frenzy of screaming and colored smoke. The following day, McFarland announces his plans to take the class to a farming community nearby, Berry Hill, where there have been strange aerial sightings... "and mutilations, too!" Yep, cattle has been getting sliced and diced all over the place, which just might be connected to those alien visitors. A stop-motion mutilated cow rears its head as soon as they arrive, which would normally send anyone running for the hills. Instead the interlopers decide to press on just in time to be chased down the road by a flying saucer. Nonplussed, they stop off for burgers and fries all around at a diner (except for one student who insists, "No cows for me!") where they hear more spooky stories from the 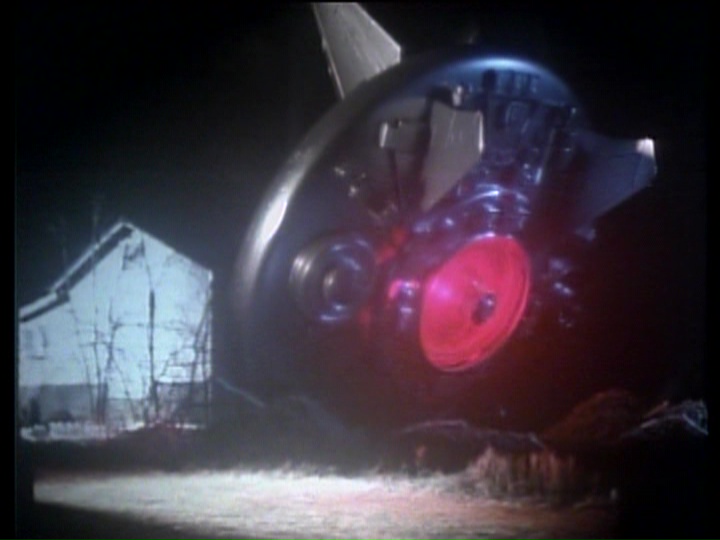 locals about slaughtered German Shepherds and mangled cattle. The clues point to Oliver Matson (Bliss), a lonely hermit who's being terrorized every night by these alien visitors in his dilapidated house once used by bootleggers. Upon arriving at Matson's place to see these "demons outta hell," McFarland and his charges have to fight for their 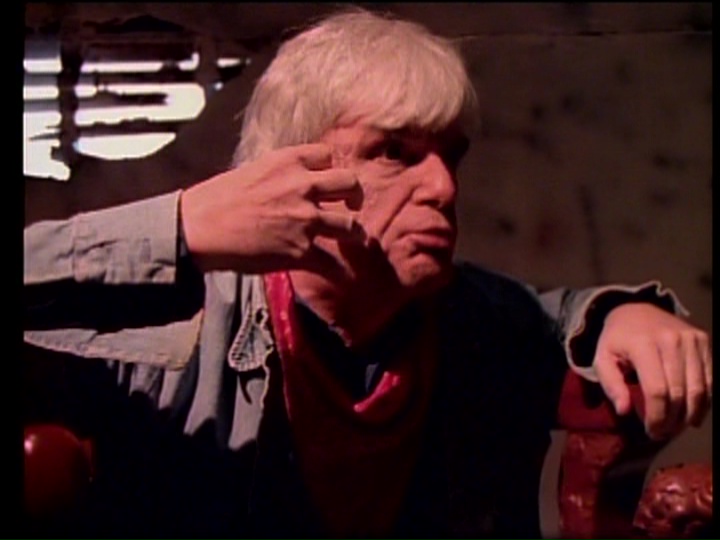 lives against a barrage of monsters from another world.

A plot synopsis can't quite capture the experience of watching this film, which is loaded with loud droning electronic music, random zooms into background objects like deer heads and skeletons, and line deliveries that sound like none of the actors understood what they were saying. Needless to say, it's a blast. Local writer-director-producer Lawrence Thomas clearly has a lot of affection for classic monster movies and follows the formula quite faithfully, but the quirky execution gives the film a vibe entirely unto its own. Most shot around Tulsa, this was part of a brief but weird wave of straight-to-video projects around that time including the immortal Blood Cult, Revenge, and The Ripper (whose success inspired this one), though it didn't hit VHS until a couple of years later in 1990 from the one-shot label Baron Video. It still remains largely unknown to all but the most dedicated SOV connoisseurs, which is odd considering how much it delivers the good with loads of stop-motion beasts and alien ships, Creepshow-inspired colorful lighting, and a zippy pace that rarely stops to catch its breath.

In 2016, Massacre Video finally brought this micro budget masterpiece out of hiding for a lovingly assembled DVD release that improves considerably on the old tape edition. Culled from the original tape master (since this was edited on video), it looks pretty great all things considered, with 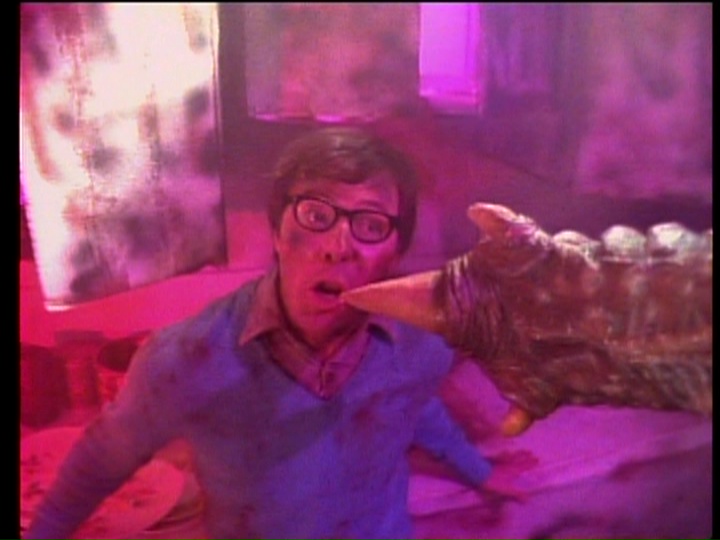 a ton of detail utterly invisible on the tape and actual film grain in evidence. Thomas pops up for an enjoyable audio commentary moderated by Massacre Video's Louis Justin, which covers pretty much every actor you see, the multitasking done by actors behind the camera as they wore "many hats," the ins and outs of doing stop-motion animation, and the newspaper articles that put the idea in his head for a period of years. He also goes into the story behind that forest fire early in the film, which was caught impromptu and worked into the script. 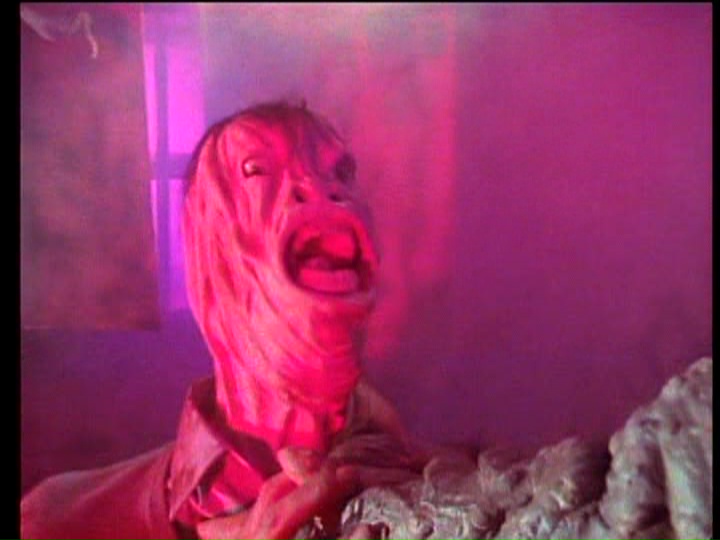 The 39-minute "Yesterday's Biscuits: A Mutilations Retrospective" features Thomas (wearing a Panavision shirt), actress Shelly Renholtz (nee Creel), and "one-man army" Norman Hicksenbaugh recalling how this ode to '50s sci-fi films by George Pal and Ray Harryhausen came together with little film experience, minimal funds, and a lot of affection complete with the decision to shoot on 16mm film and mimic the look of three-strip Technicolor. (The fuzzy film clips here should give you an idea of how bad this looked before the DVD.) A 1986 public access interview with Thomas (18 mins.) is a fun look at how this film was promoted as "a War of the Worlds, a Star Wars type film" to viewers with a heavy focus on the technical aspects of the special effects (a smart move). A 12-minute reel of bloopers and behind-the-scenes footage is also included (with a fair amount of dialogue cut from the final version) along with a gallery of stills and video art, plus bonus trailers for Ostermontag (billed as Das Homabrutale Snuff-Massaker), Women's Flesh: My Red Guts, and The Wasteland. If you pop the disc in a computer, you can also read a pdf of the original script and practice getting your line. delivery. just. like. Professor. McFarland. A great party disc if there ever was one.