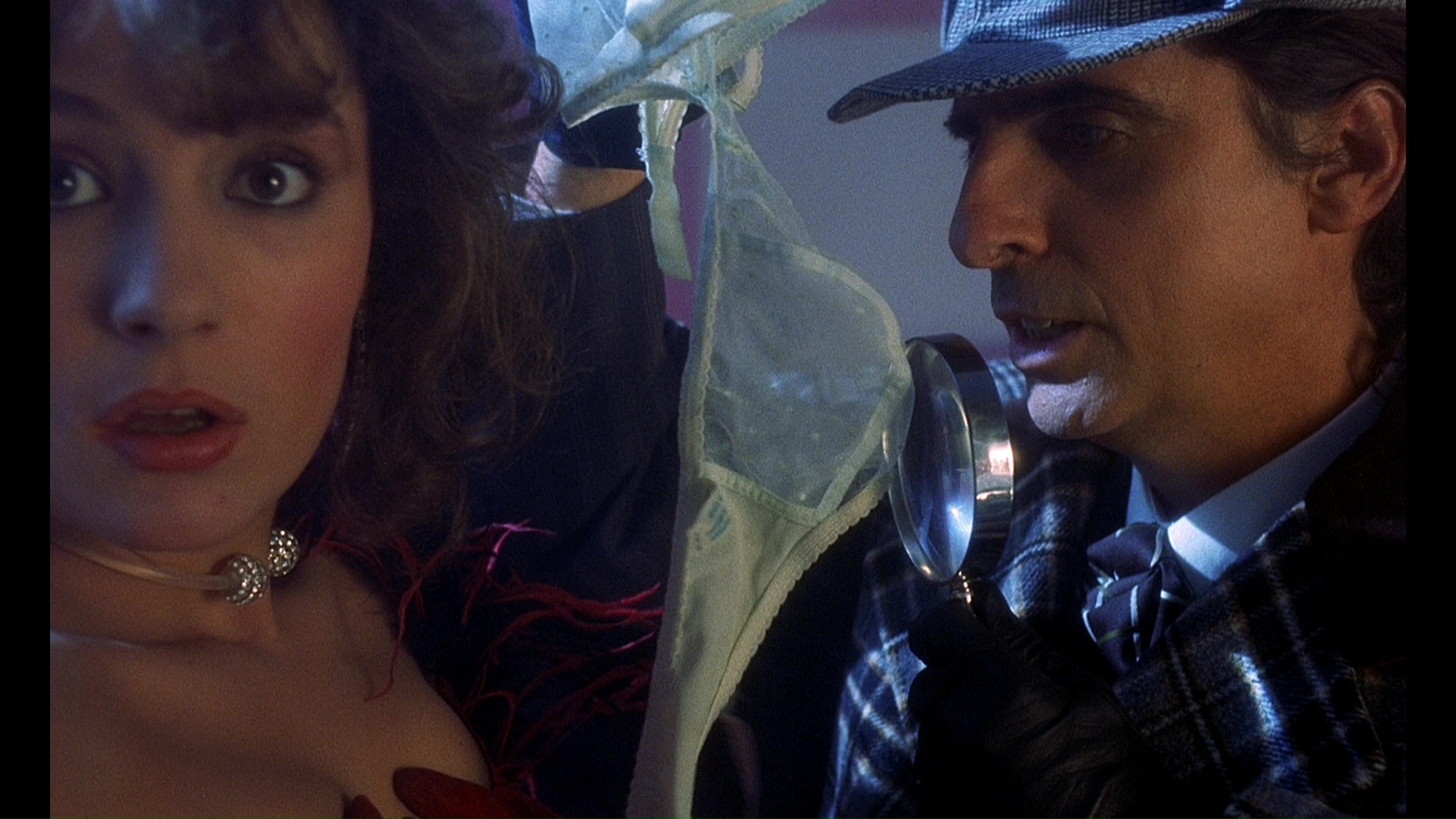 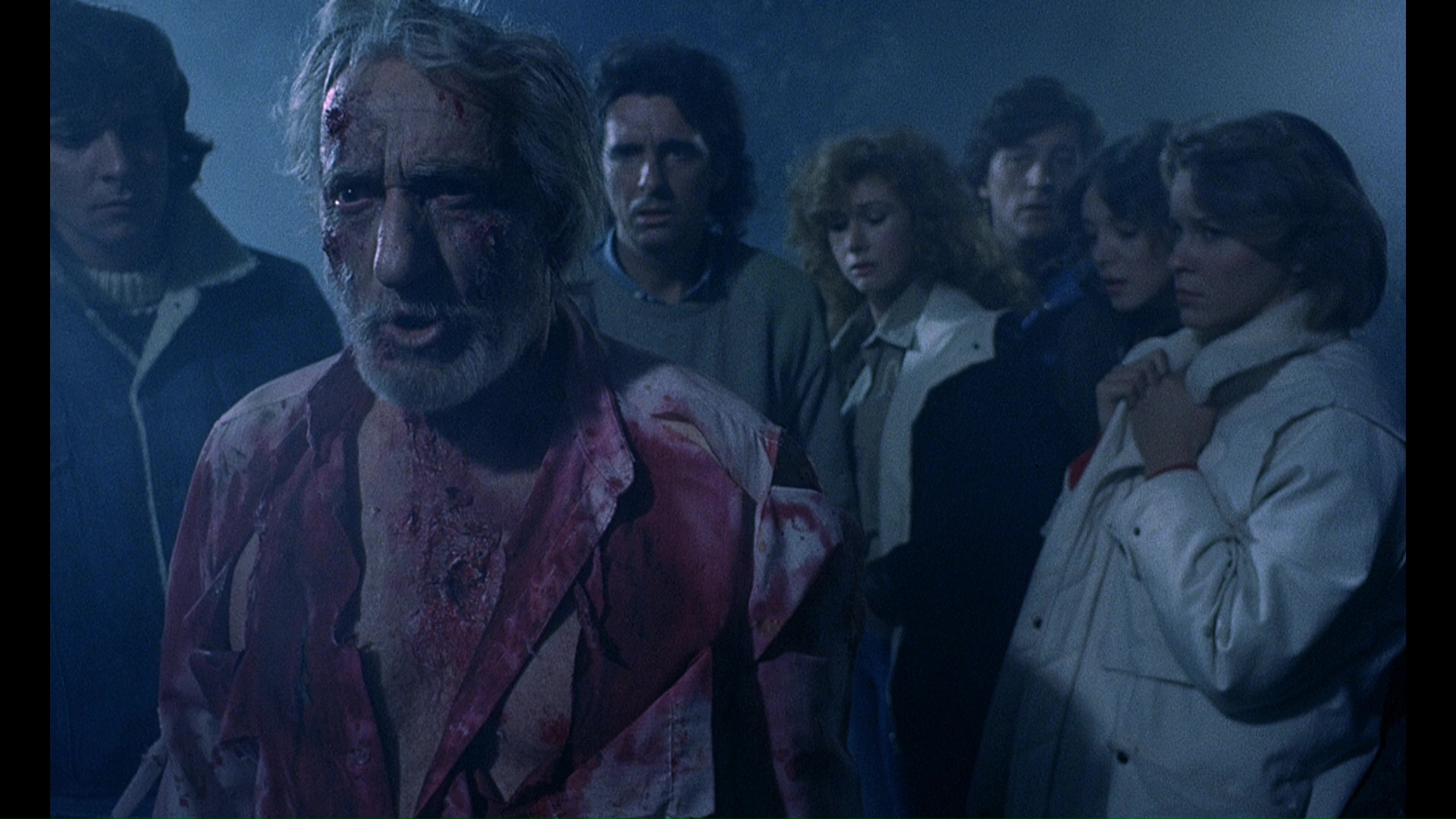 The Euro horror bandwagon really went to crazy town with this bizarre werewolf film shot in Spain by a mostly Italian and Spanish crew with none other than rock legend Alice Cooper as the star. Idiosyncratic director Claudio Fragasso (who went on to cult movie infamy with Troll 2) directed this one, which financed with a wad of cash also used to fund another wacko VHS perennial, Alien Predators (aka The Falling), but it's the presence of Cooper that makes all the difference here -- even if he's dubbed by a completely different actor!

Popular singer Vincent Raven is first seen acting out his hot new music video (actually for Cooper's "Identity Crisis") in which he dresses up as Sherlock Holmes and James Bond, among others, with a bevy of European beauties. Now Raven has his sights set on his next video (for another Cooper song, "See Me in the Mirror") to be shot in his hometown, which he hasn't visited in years. Upon arrival he and his crew are confronted by the local sheriff (Palacios) and a battered vagrant (Barri) about the vicious dog attacks in the area, which are tied to the local legend of a "monster dog" that sounds an awful lot like a werewolf. The locals believed Raven's dad was part of the monster dog line, and Vince's closest confidant, the sexy Sandra (Vera), is soon experiencing dreams about the monstrous legend with Vince as the next in line. The actual video production is quickly disrupted by a bloody corpse plunging onto the set, and soon the body count mounts as the mystery of the monster dog finally comes to light. 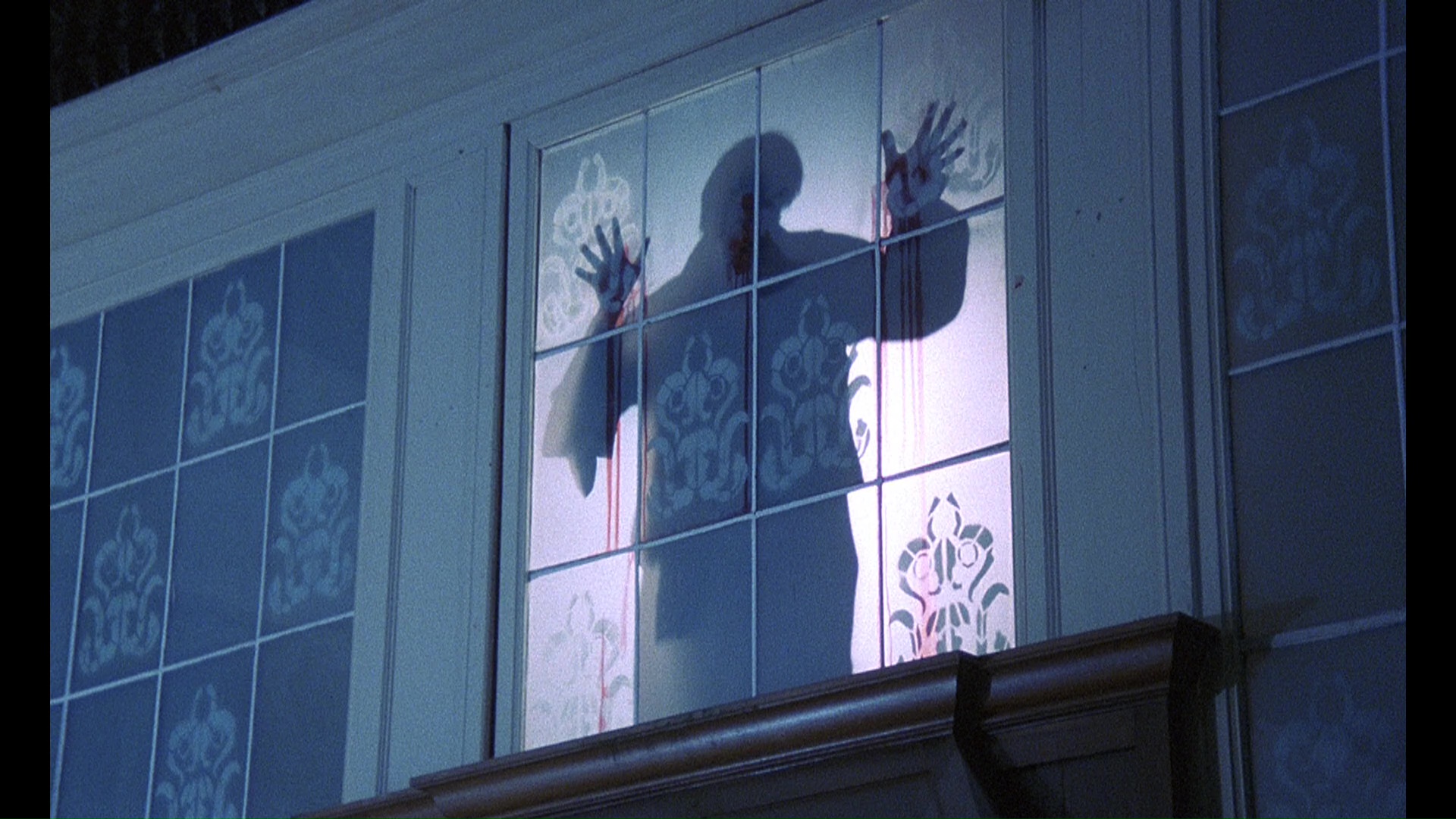 An unmistakable product of the MTV era, Monster Dog is still stupefyingly awful as a horror movie but loads of fun as a slice of '80s pop culture insanity. Cooper actually seems to be having fun in the lengthy music video sequences, and no doubt 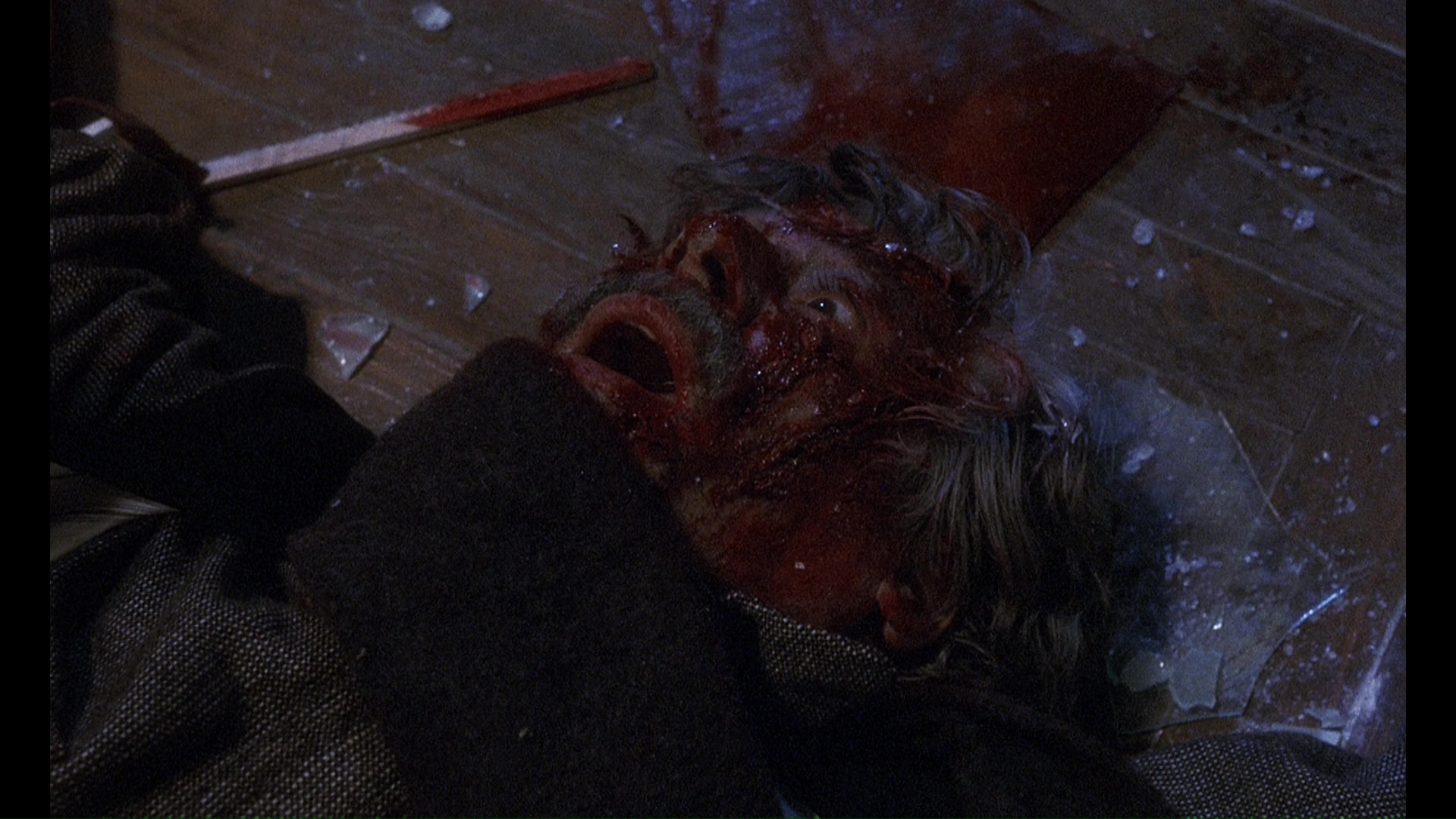 the opportunity to play a modern-day Lon Chaney, Jr. was enough to get him to appear in this before he made a more high profile horror film appearance in John Carpenter's Prince of Darkness a few years later. The actual werewolf activity is limited to a couple of minutes at the end with some face-stretching puppetry, but there's plenty of bloodshed along the way to keep you amused when the screen isn't being overwhelmed by blue lighting and dry ice. Basically it's short, it's stupid, and it's fun.

The American theatrical market for European horror films was starting to dry up very quickly when this film was finished, so U.S. viewers didn't really get a chance to see it until Trans World Entertainment gave it an enthusiastically promoted release directly to VHS. The oversized box became a mainstay in video stores for several years with baffled viewers (most of them Alice Cooper fans) scratching their heads trying to figure out exactly what they'd stumbled into. The TWE library eventually landed in domain of MGM, but its titles have trickled out very slowly with most of them debuting on its MGM HD channel long before a video release. That was the case here with the film stubbornly staying out of the home video market (apart from a putrid bootleg release from the notorious outfit Jef Films) until the 2016 Blu-ray edition from Kino Lorber in collaboration with Scorpion Releasing, taken from the same worthy HD master created for their broadcast. The 1.66:1 framing (erroneously listed as 1.85:1 on the packaging) looks accurate, and it's a mammoth leap forward over any other version out there with a nicely textured cinematic appearance, lots of fine detail, and perfectly saturated colors that could've only been shot in 1984. It's quite nice to finally be able to see what the heck's going on in those night scenes, including the majority of the climax. The DTS-HD MA English mono audio sounds like an excellent presentation given the fact that the film sports a pretty flat, undemanding track in general. The 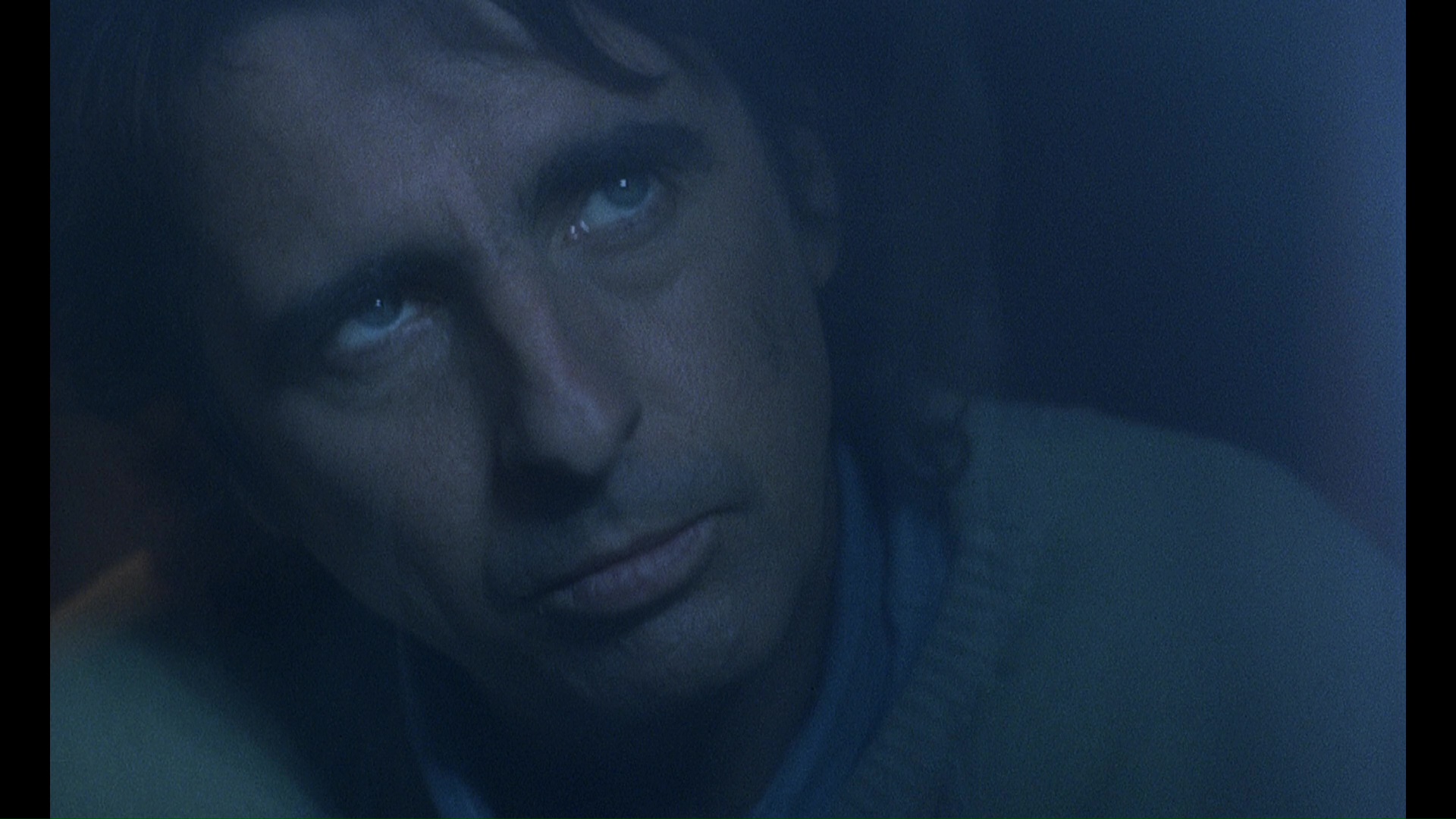 main extra here is "Lord of the Dogs," a new 43m20s (!) featurette about the making of the film with Fragasso, screenwriter Rosella Drudi, and executive producer Roberto Bessi covering the entire crazed story behind the making of this film including 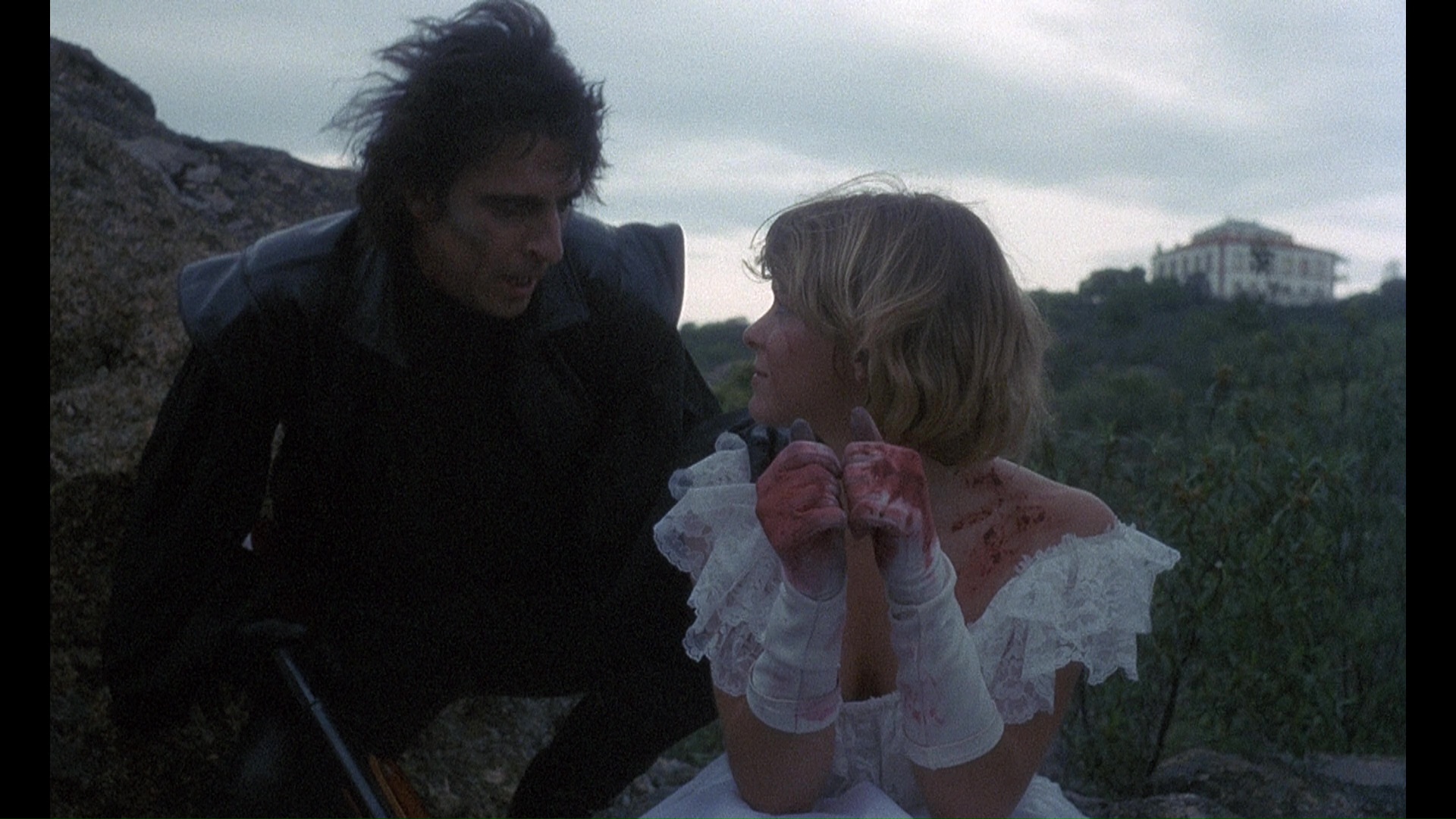 its connections to Ladyhawke and Warriors of the Lost World, how Fragasso got hired (it's because he did Rats), the reason Cooper ended up being dubbed, the problems creating the title creature (originally envisioned as something more like a dinosaur), Cooper's minimal sleeping habits and massive VHS horror collection, and the crazy mishaps that took place during the shoot in Spain. Even at the inflated running time it's a brisk and warm collection of stories, and seemingly everyone loved working with Cooper from start to finish. Next up is a reel of alternate and extended scenes (13m51s) that turned up in a variant print on the Japanese VHS release, most of it consisting of different or longer conversations among the crew, a different speech at the end, and a tiny bit of additional blood. Don't expect anything really revelatory, but it's great to have this rare footage included for comparison. Finally the disc closes out with a trio of theatrical trailers (including a subtitled Spanish one as Leviatan) and a two-minute gallery of video artwork, production stills, and promotional material.

The second Blu-ray release of Monster Dog came from none other than the Austria courtesy of the Euro horror archaeologists at Camera Obscura as a mediabook dual-format edition with a German booklet by Christoph N. Kellerbach. Image quality is identical to the U.S. version down to the pixel, which is good news as it still holds up very nicely; LPCM mono options are provided in English and German with respective subtitles in both languages as well. Extras here include a Fragasso video intro (27s) in Italian with English and German subs and a fantastic and anecdote-crammed "Ballad of Vincent Raven" (26m4s) interview with Cooper (who talks about making this film "out of necessity" as a therapeutic exercise in Spain away from the rock world after going through alcohol rehab). He also touches on the making of Tim Burton's Dark Shadows and the two notorious "turkeys" he made before this one. Also new here is the brief "A Bark from Hell" (2m50s) with production designer Antonello Geleng covering his working relationship with Fragasso and the limitations of realizing a "zombie dog" in Spain. Also included are the "Lord of the Dogs" featurette, the deleted scenes reel (running 10m56s here), German and English trailers, and a photo gallery of stills and promotional material. 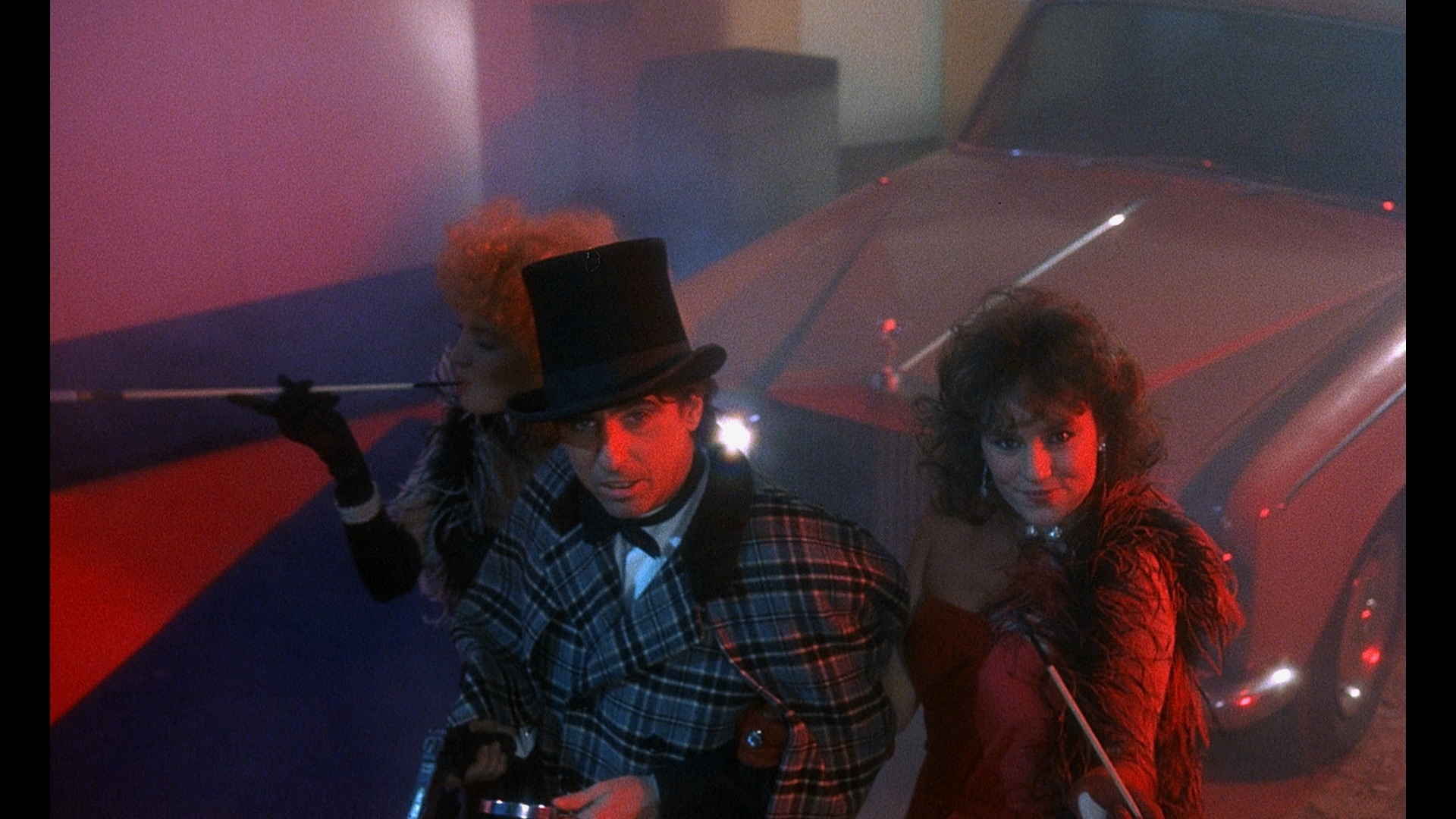 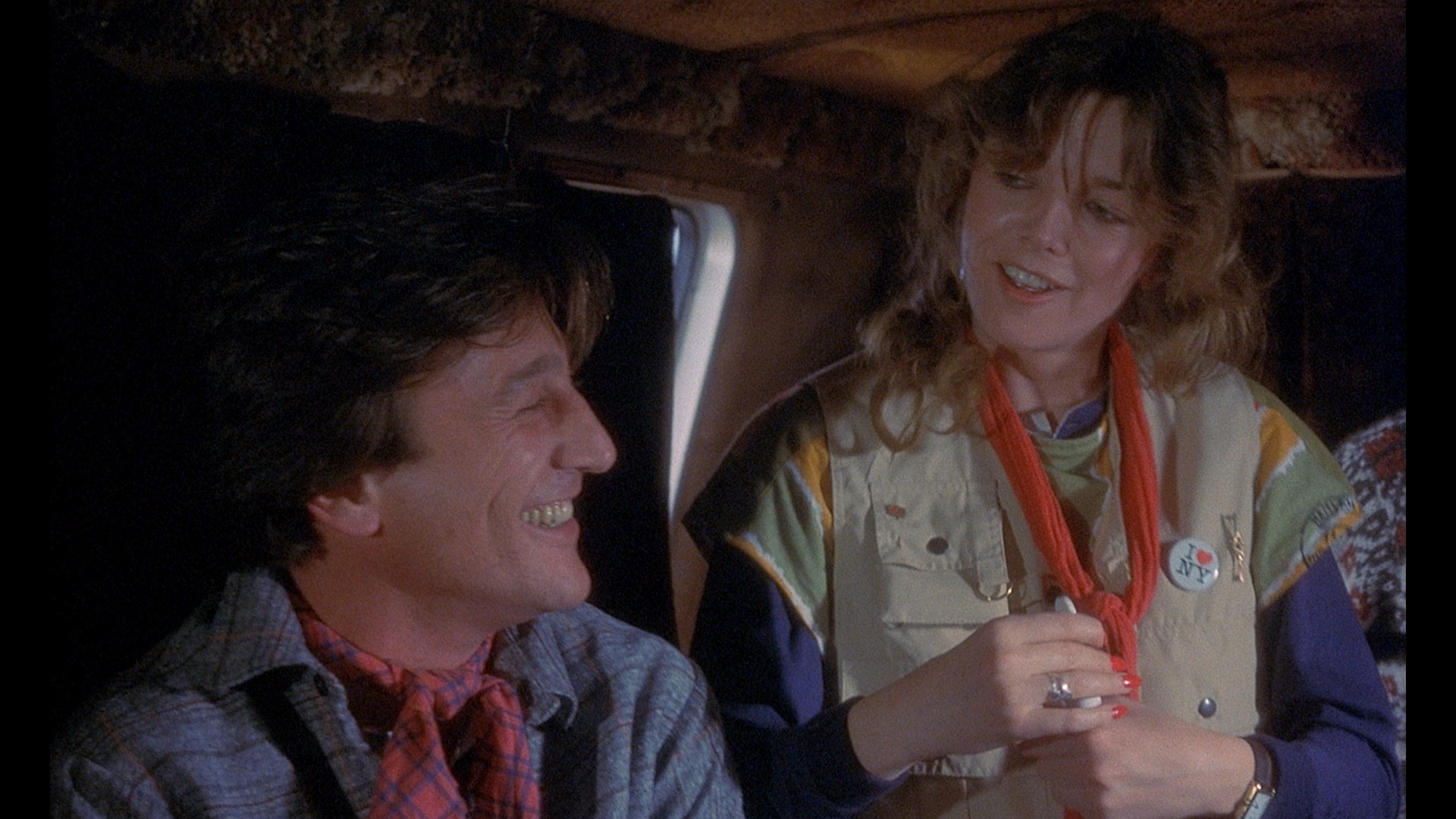 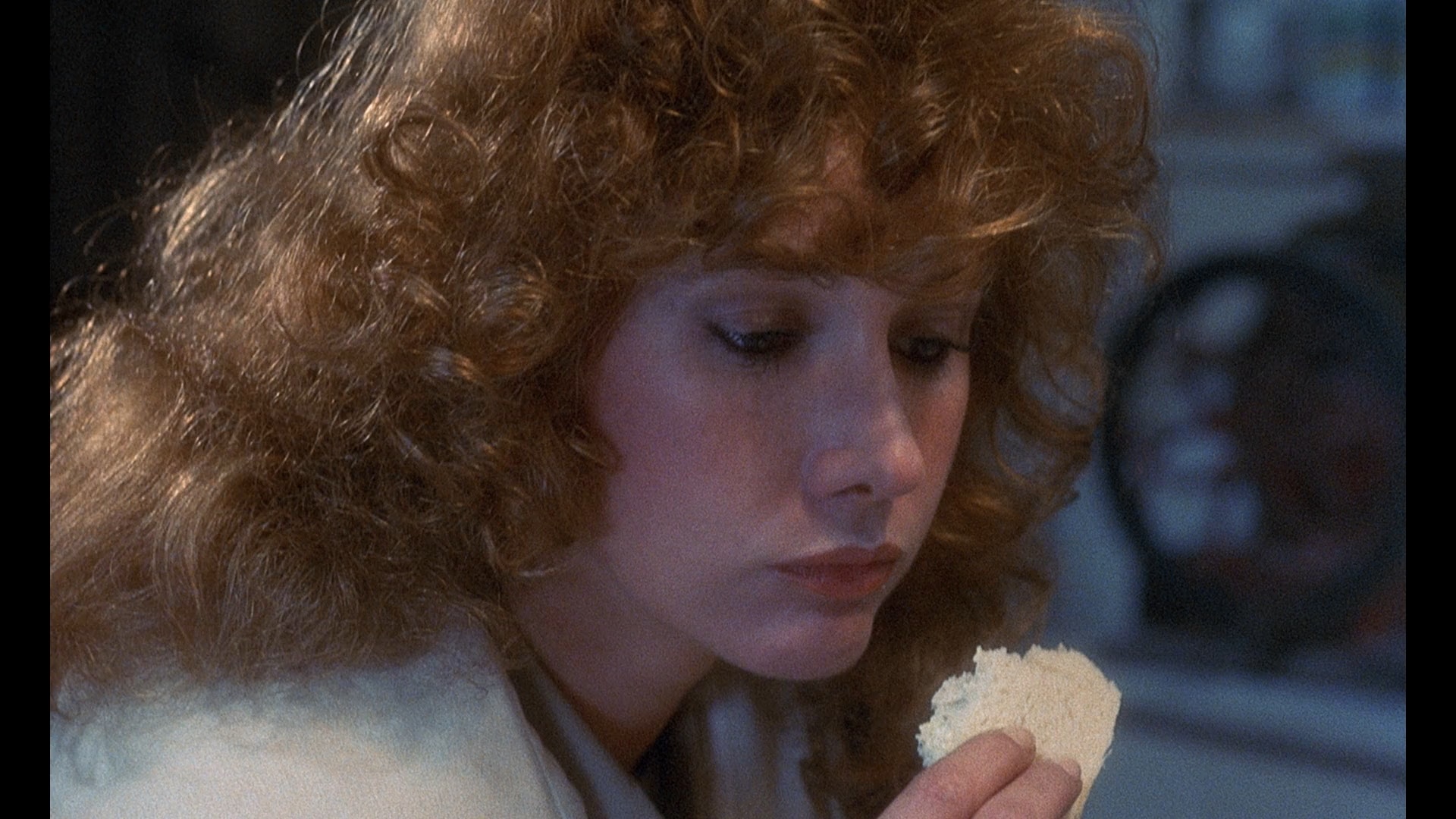 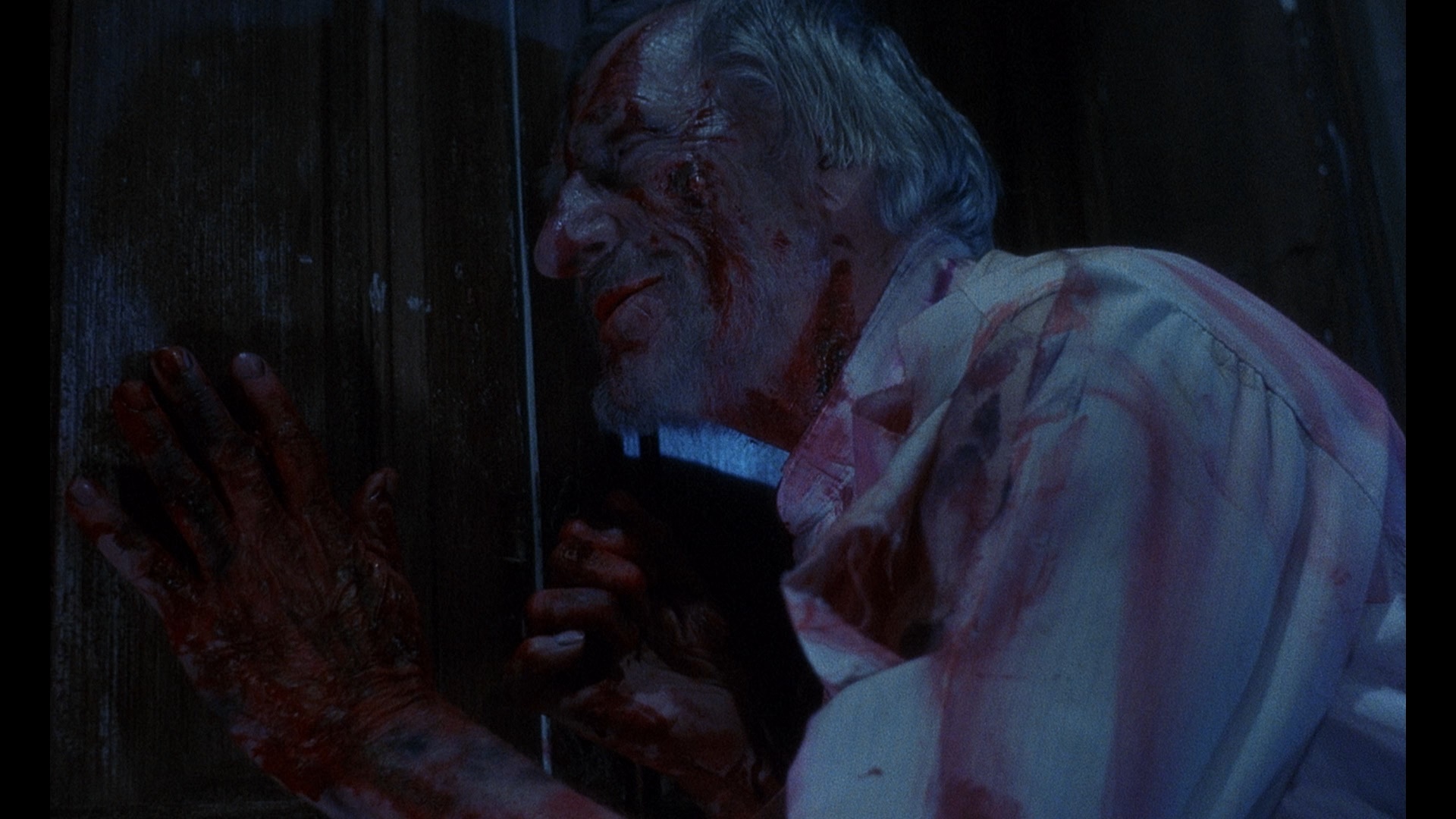 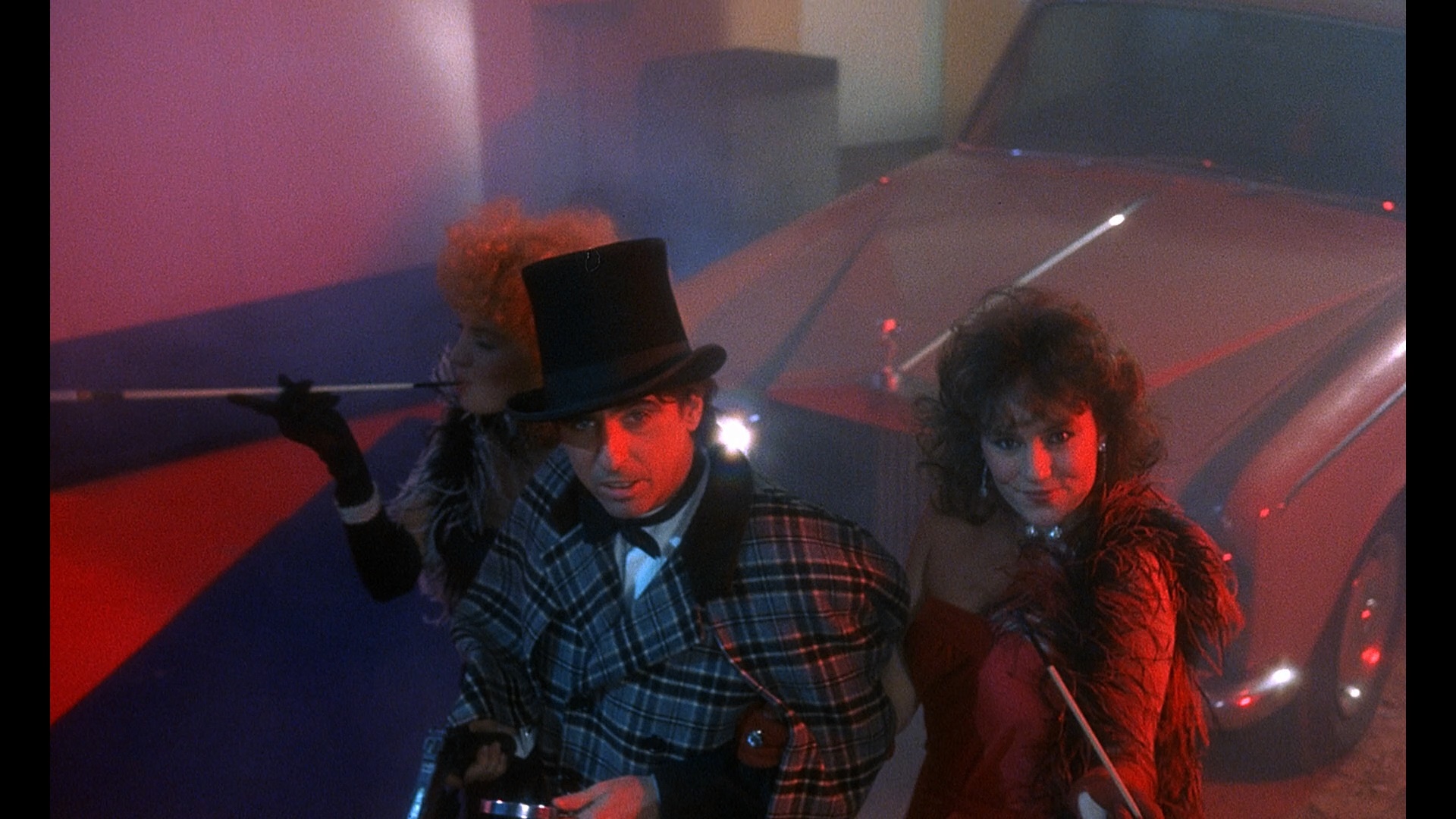 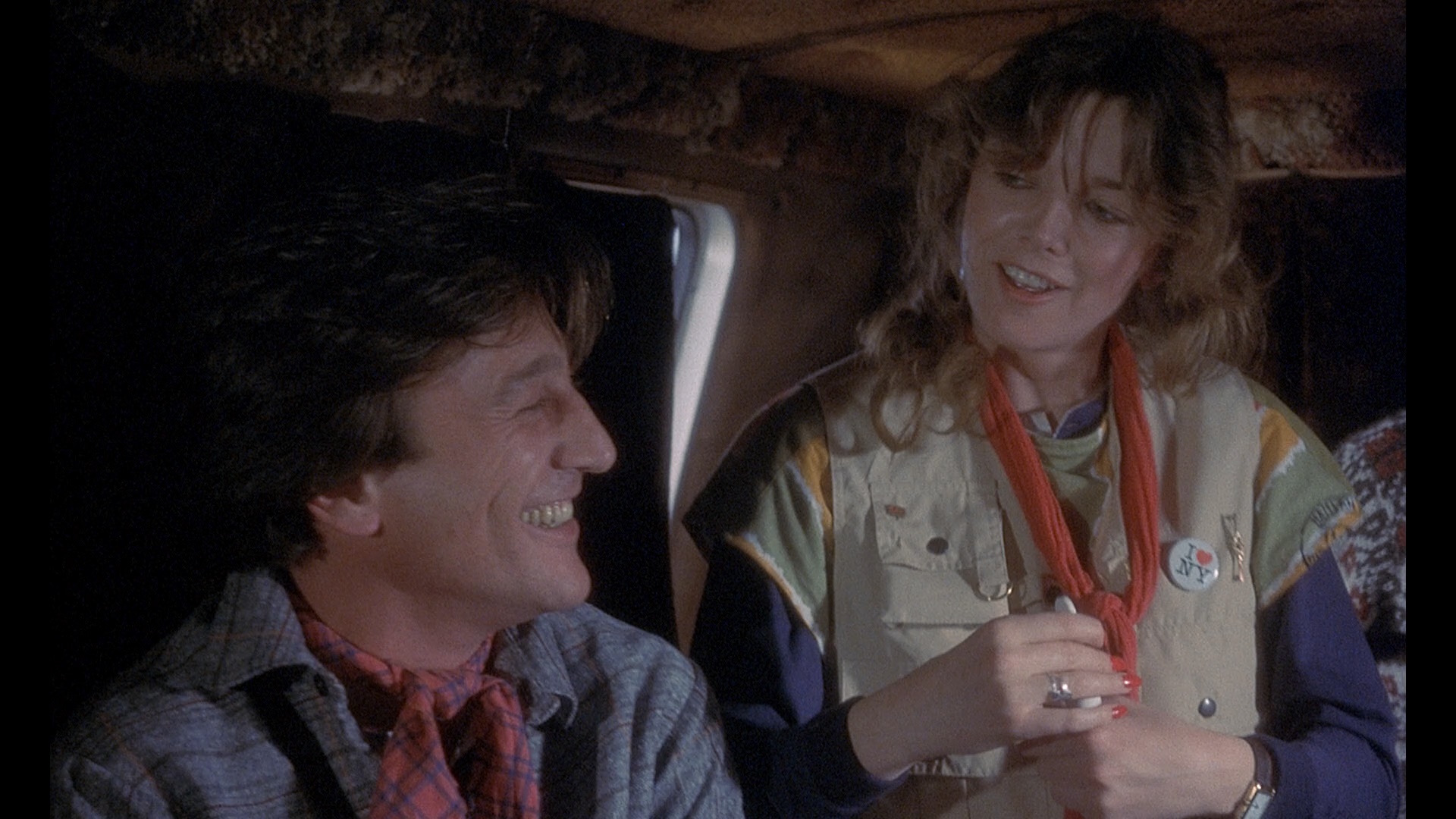 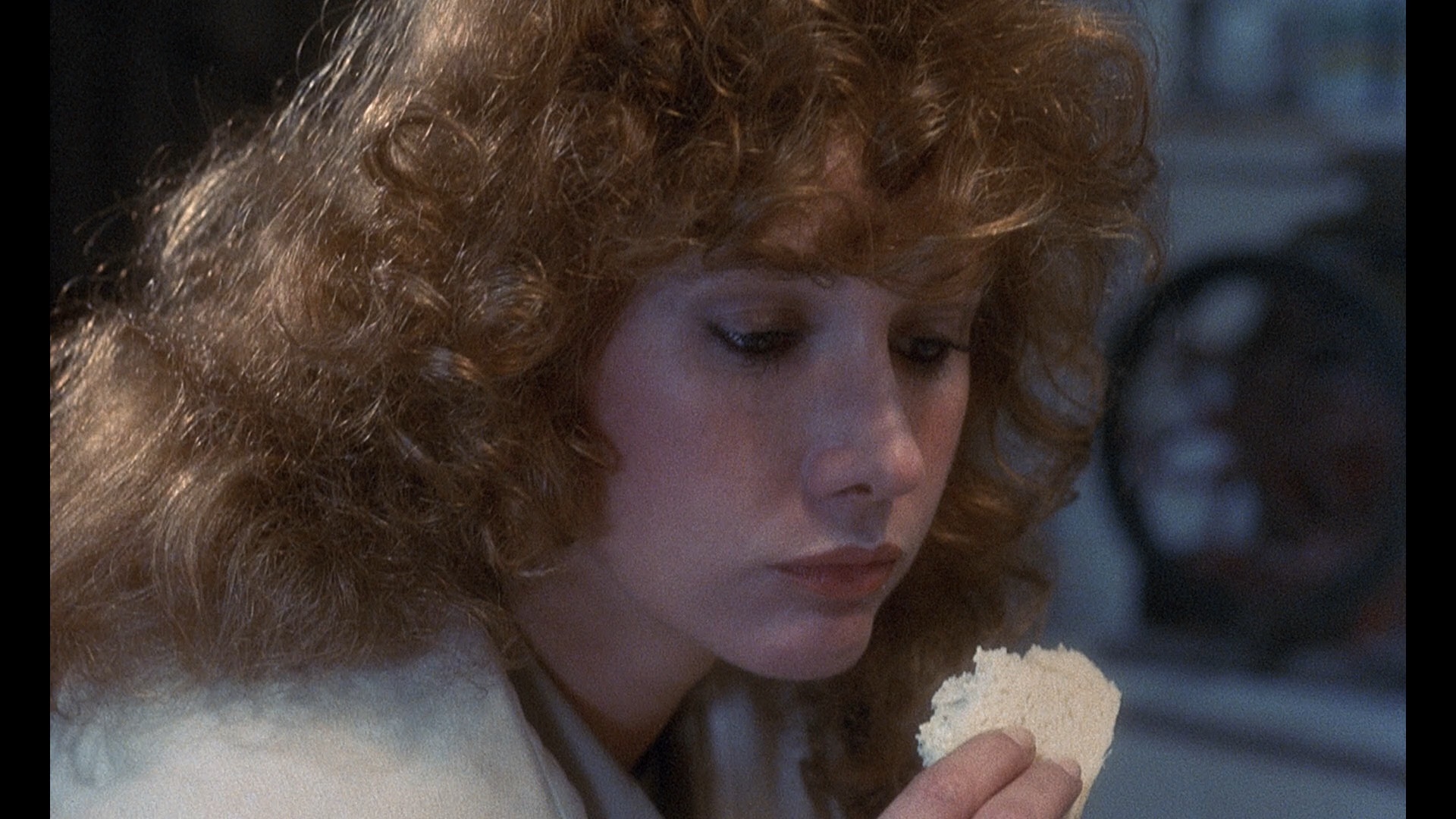 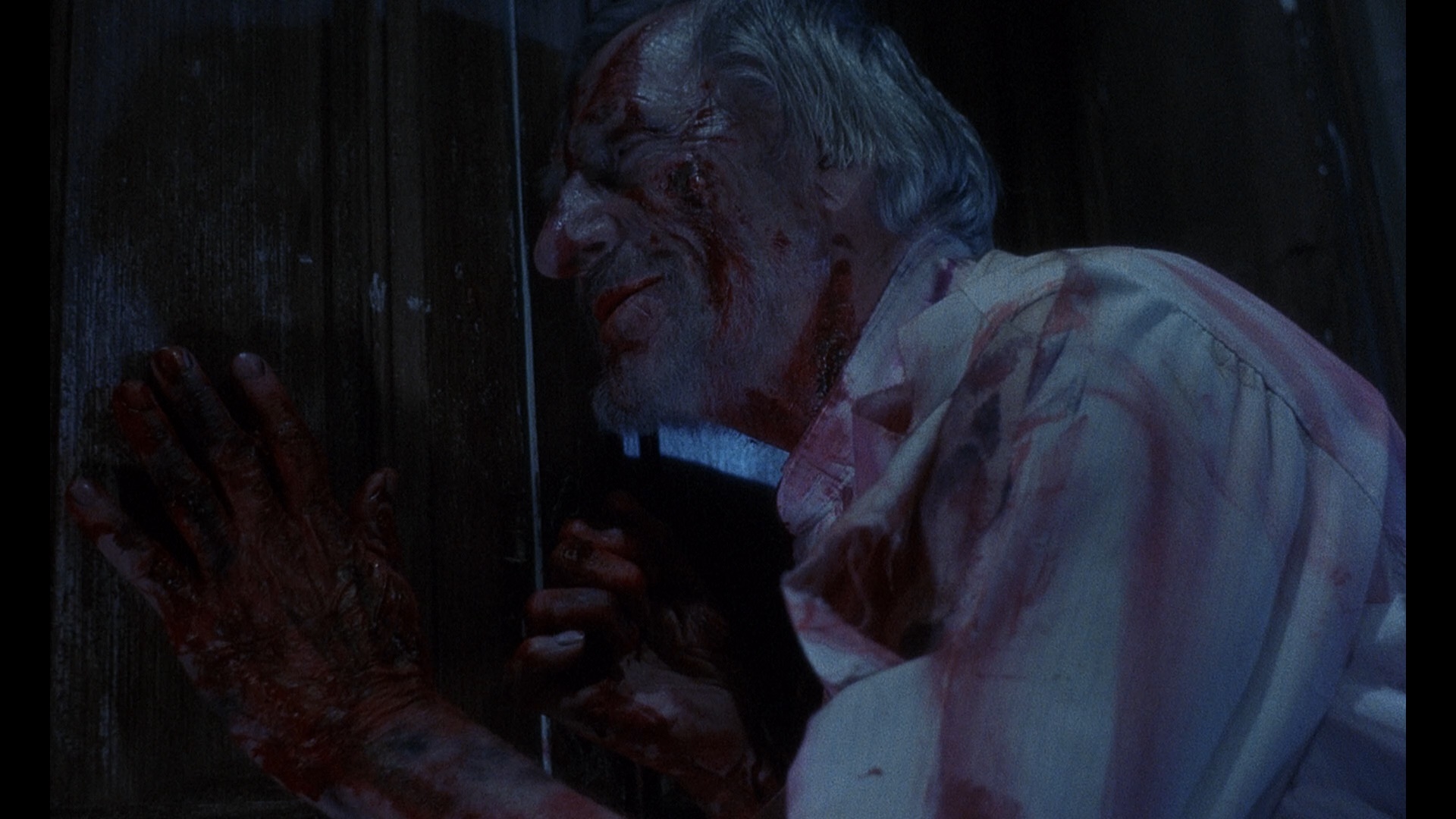