Bay of Blood may be gorier, Black Sunday may be more influential, and Blood and Black Lace may be more beautiful, but Mario Bava never made a more purely frightening film than Shock. A claustrophobic gut punch that drags the viewer straight down into the mind of a woman going mad, the film features a few 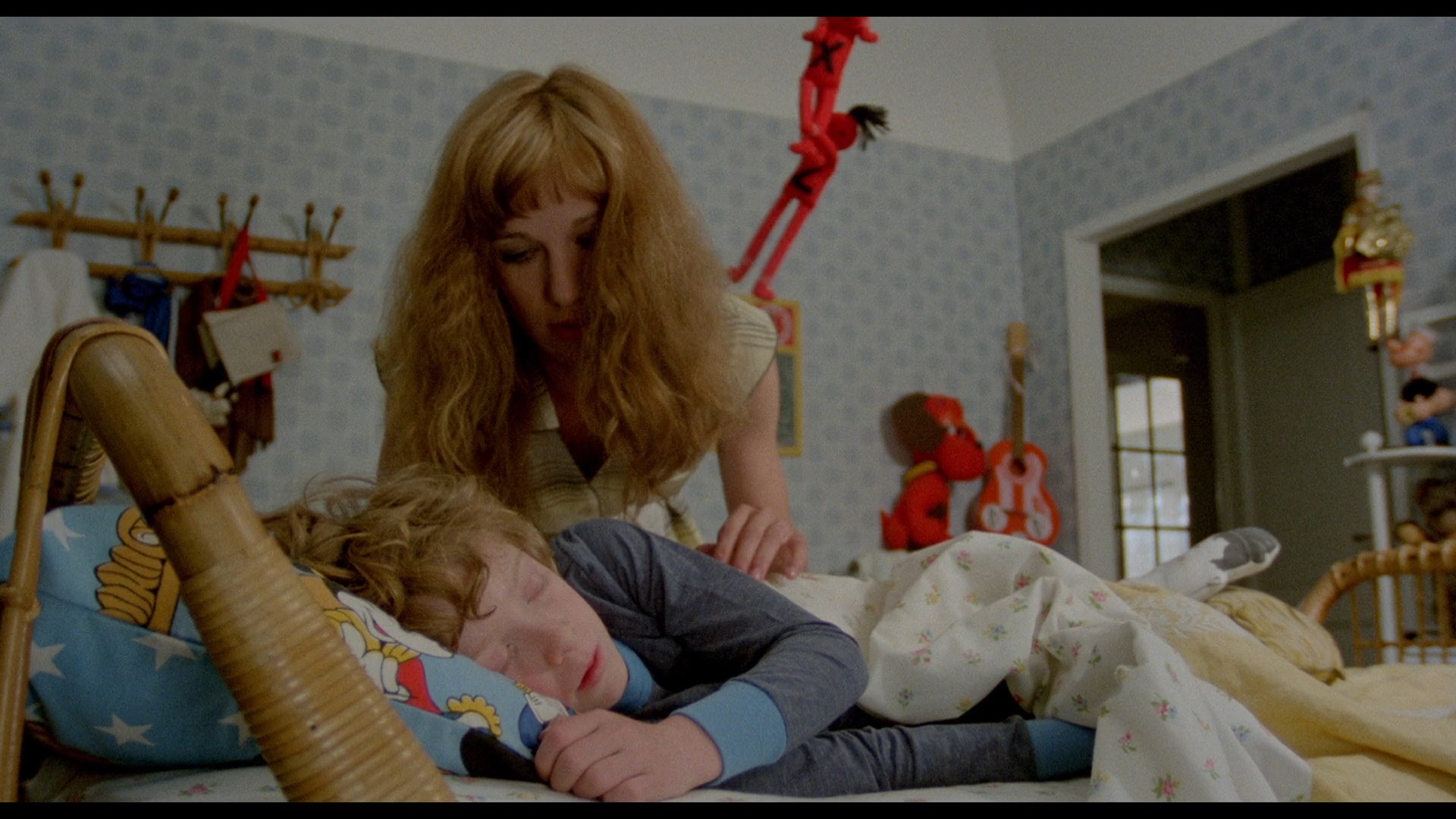 bloody concessions to the '70s horror market but also remains a beautifully crafted, psychologically devastating little chamber piece, not to mention a strangely appropriate final feature for the maestro.

Dora (Daria Nicolodi) and her new husband, Bruno (John Steiner), move into a new house along with Marco (David Colin, Jr.), Dora's son from a previous marriage. Strange events immediately plague the household, with cute little Marco prone to such homilies as "I'm going to have to kill you, mommy." Bruno's job as an airline pilot forces him to stay away from home for extended periods, leaving Dora to cope with 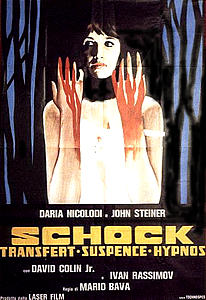 either her own onset of insanity or the realization that her son might be possessed by the ghost of husband number one, a sleazy drug addict. Soon Marco's slicing up his mother's underwear and doing nasty tricks with razor blades, while Dora experiences horrific visions of clutching hands from beyond the grave.

Originally released to U.S. theaters and home video as Beyond the Door II, this film has nothing to do with Beyond the Door apart from the vague possession theme and the presence of Colin, Jr. Argento's former muse, Nicolodi delivers the best performance of her career, beginning as a sweet and maternal figure but gradually shattering into a completely hysterical wreck. Interestingly, she would later reteam with Steiner for Argento's equally nihilistic Tenebre. Shock is rarely cited as a prime example of Bava's style, but he pulls off so many magnificent little flourishes that the most demanding Eurofanatics should be quite happy. This film also marked an increased collaboration with his son, Lamberto (Demons), who was allowed to take over the reins in several scenes. Together they orchestrated some of the most effective jolts in either director's career, particularly a brilliant sequence near the end (the hallway bit) that has scarred more than a few late night TV viewers. The free form 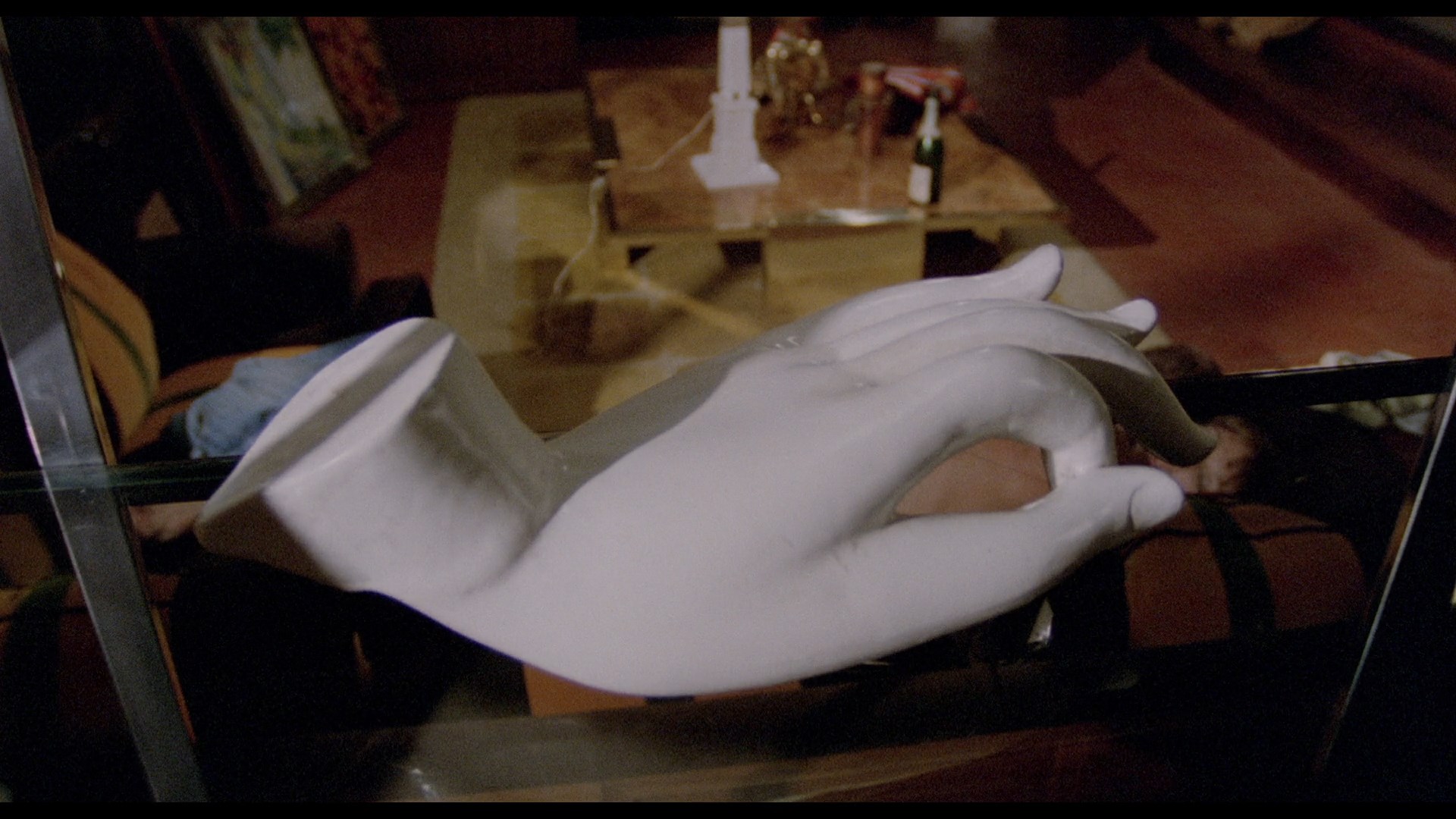 prog rock score by I Libra (consisting of two Goblin members but, contary to Anchor Bay's liner notes, not Goblin themselves) strikes just the right balance between lyricism and oppression; the Deep Red-style main theme alone is a musical tour de force.

The previous American video release of Shock from Media bore the Beyond the Door II title and was missing a few minor bits of footage, mostly involving child psychologist Ivan Rassimov. Anchor Bay's presentation is the full European print, though most viewers probably won't notice anything different. The film was originally lensed with a soft, brownish visual texture which emphasizes the film's atmosphere of decay and delirium, and this presentation captures that appearance quite well. It's also a considerable improvement compared to the letterboxed but overbright edition (as Shock) on Japanese video which has floated through the bootleg market over the years. The disc also includes an 8 minute interview with Lamberto Bava, who discusses the extent of his own involvement in the film's shooting and his collaboration with screenwriter Dardano Sacchetti; not surprisingly, with this film they were aiming for an approach similar to Stephen King novels. Two U.S. TV spots (one paired up with The Dark) pale in comparison to the long, surreal Italian trailer; be warned that all of these extras blow some crucial moments in the story, so be sure to watch the film first.