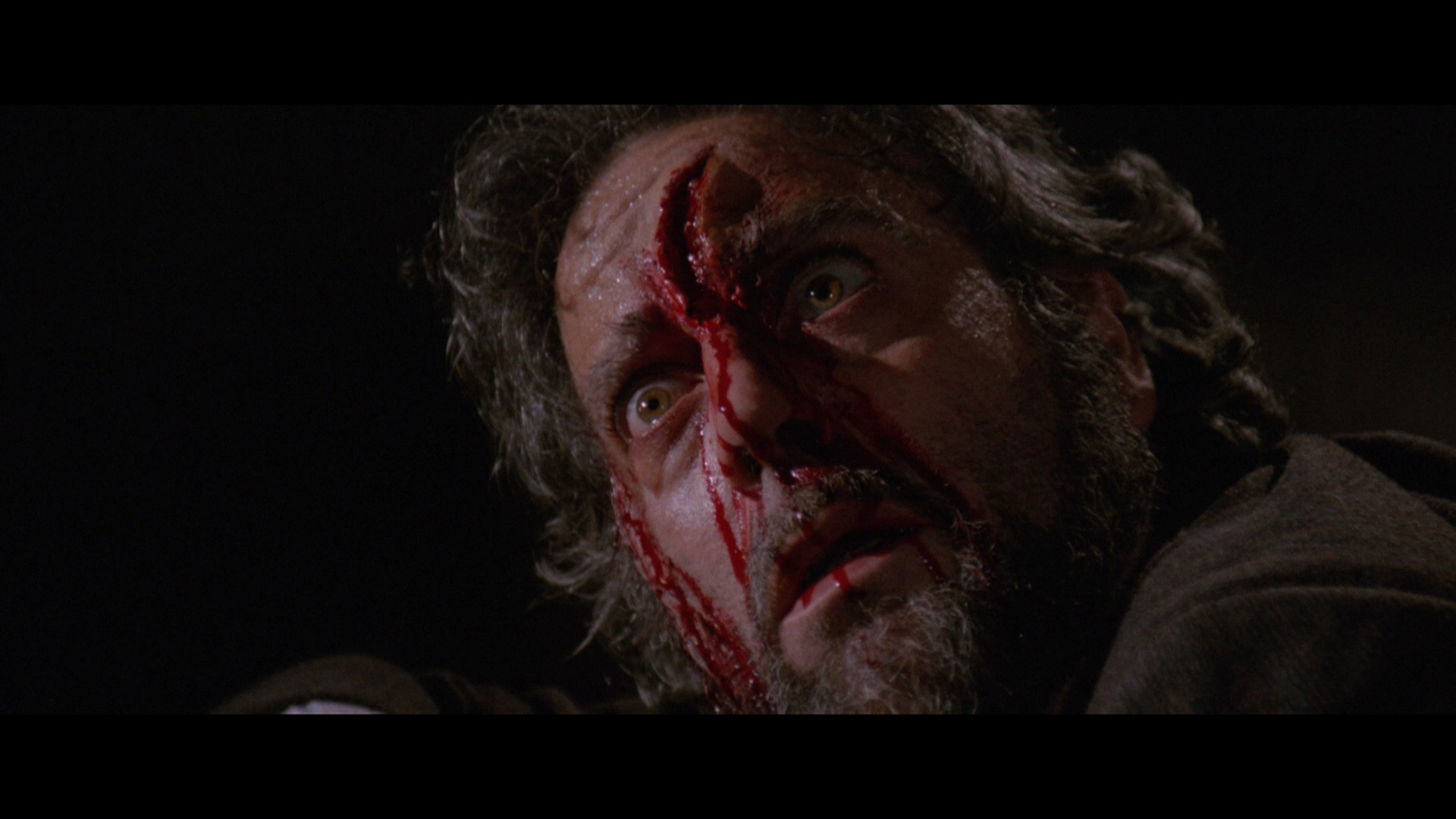 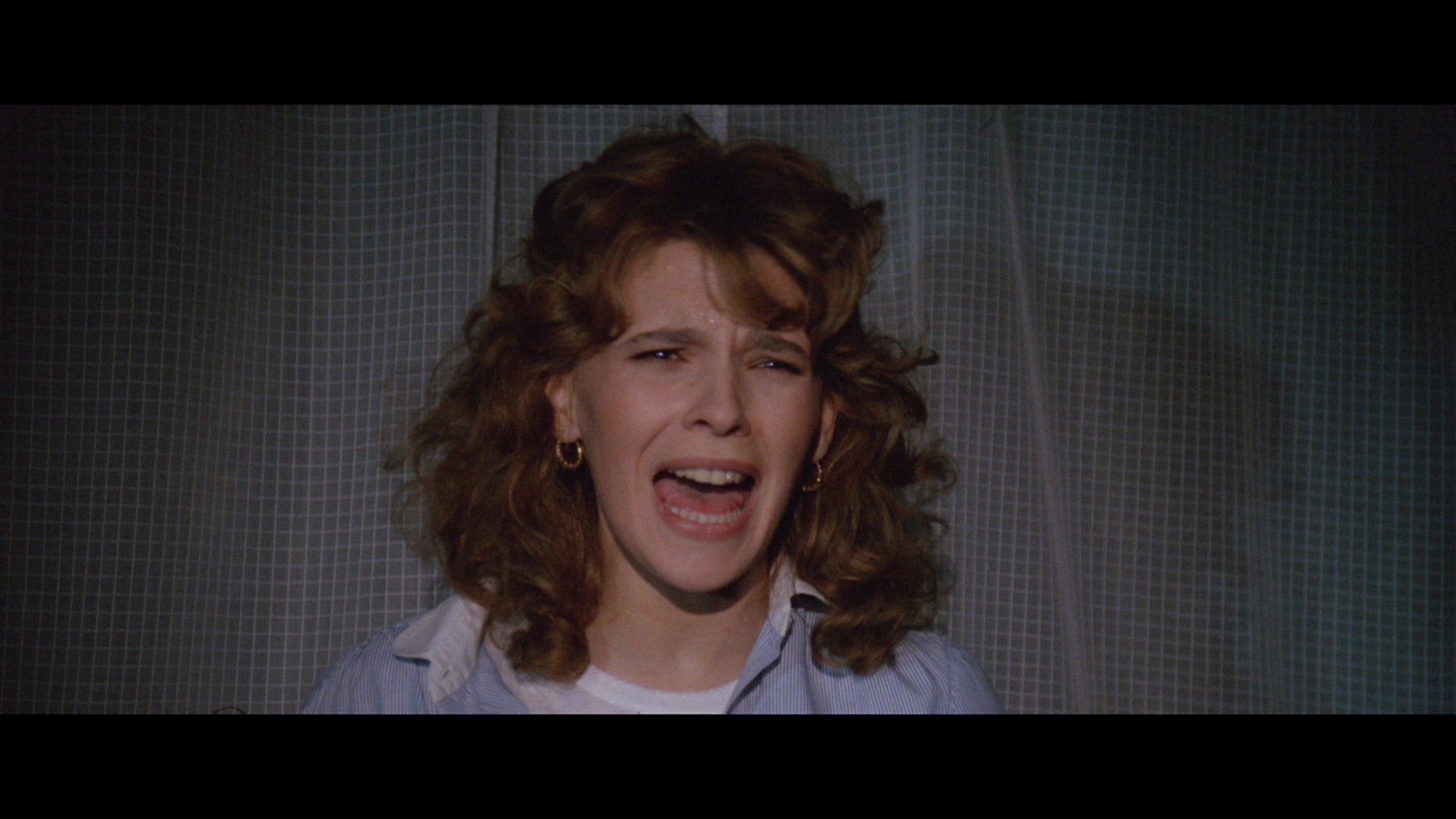 Essentially the last film in Lucio Fulci's amazing three-year streak of horror films with producer Fabrizio De Angelis, Manhattan Baby is perhaps the most problematic and should be approached by those who have already developed a taste for Fulci's cinematic flights of fancy. The film's reputation initially suffered for years due to poorly framed pan and scan transfers and only one showstopping gore scene, but the maestro's ability to render poetic visuals from the most mundane settings turns this patchwork homage to the horror genre into a quirky, oddly memorable visual feast.

While archaeologist George Hacker (Connelly) and his assistant explore a dark Egyptian tomb, his daughter, Susie (Boccoli), is approached outside by a white-eyed blind local woman who utters "Tombs are for the dead" and hands the girl a jeweled amulet. Shortly thereafter, George is struck blind by a supernatural blue light within the tomb, and the entire family returns to New York. Mysterious apparitions involving scorpions, desert sands, and interdimensional passageways plague the family as Susie and her annoying little brother (House by the Cemetery's Frezza, Bob himself) appear to become the pawns of an ancient Egyptian evil. George's eyesight returns, but Susie's mental and physical condition rapidly deteriorate thanks to a case of apparent possession. With the aid of a wise antiquarian named Adrian Marcato (Cinieri, credited as "Laurence 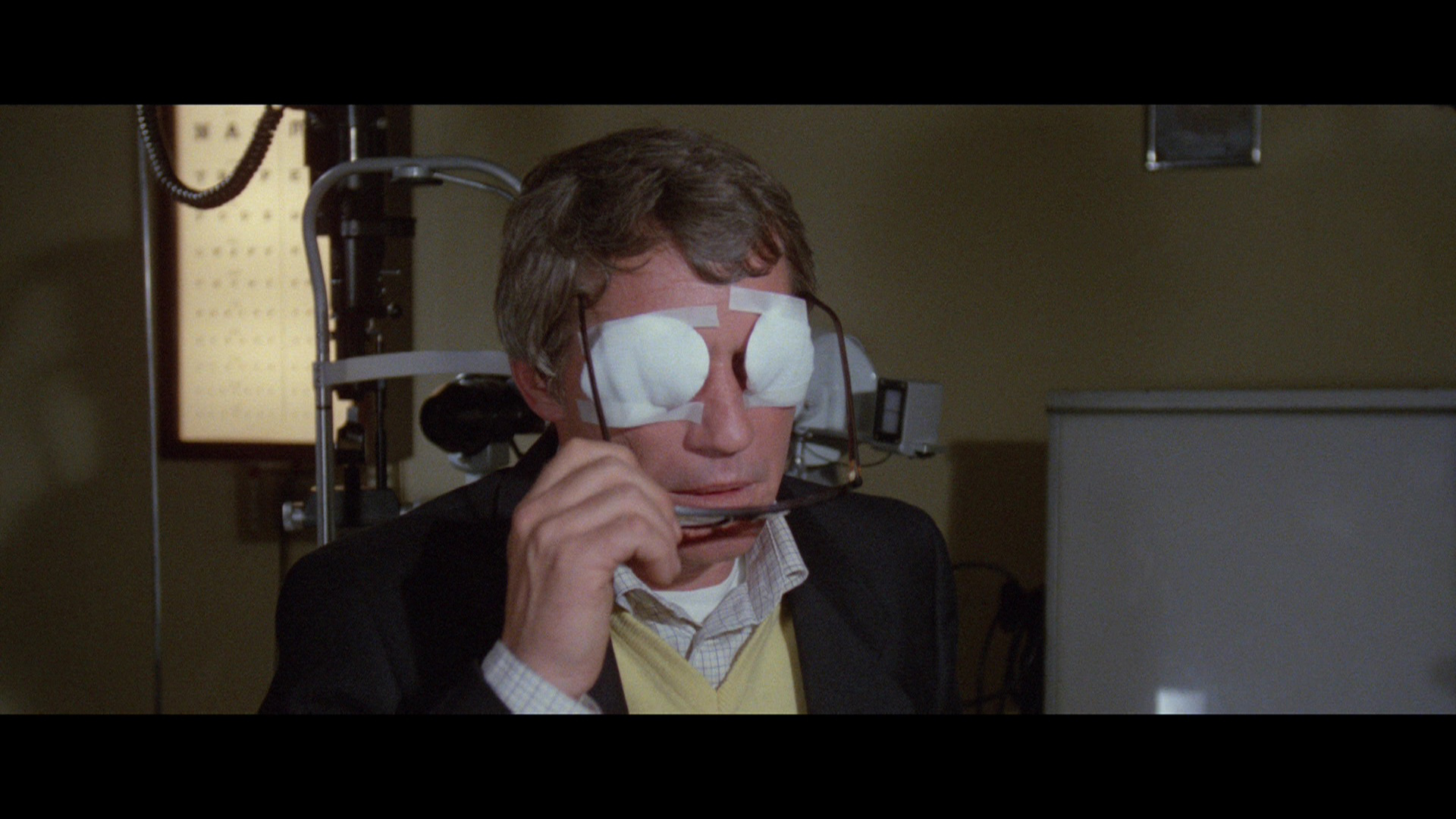 Welles") - can you identify that character name, genre buffs? - George races against time to turn back the curse which is slowly consuming his family.

The specters of past Fulci films hang heavily over Manhattan Baby, thanks in no small part to a driving music score by Fabio Frizzi compositions (excellent as usual) with a few disorienting passages 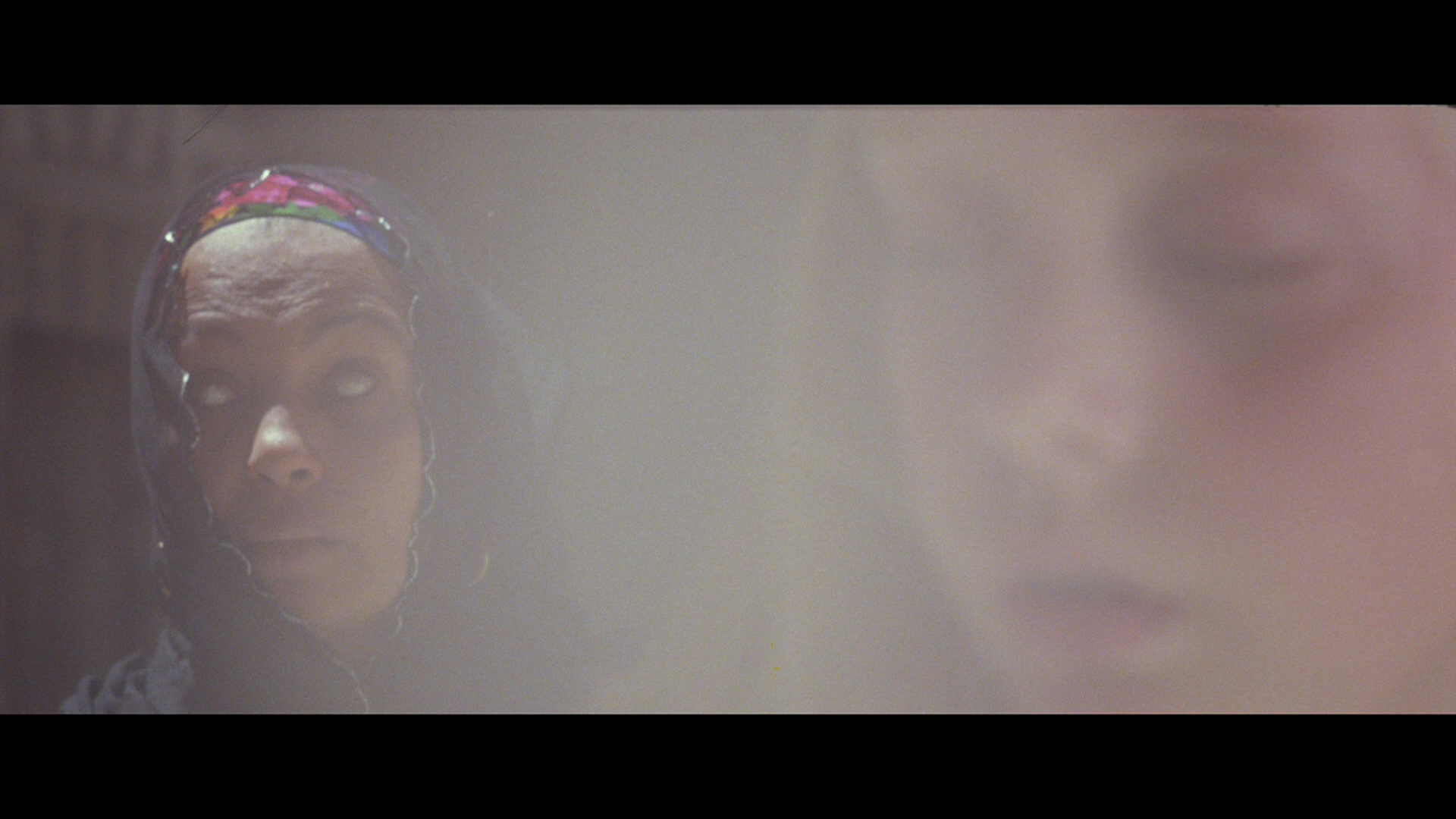 lifted from The Beyond and City of the Living Dead. Fulci's love for marauding animals is once again present as actors are menaced by snakes (one killed very unnecessarily on camera early on), scuttling scorpions lurking in office furniture, and most memorably, a stuffed bird that comes to life during the squishy, downbeat climax. The opening sequence of the film is arguably its strongest, with minimal dialogue and Frizzi's theme accompanying a striking succession of interlaced visuals depicting Connelly's tomb defiling and his daughter's own corruption. Unlike Fulci's gore epics, the horror here seems to exist on the periphery and usually verges on pure fantasy: a wall splits open to disgorge a pair of monstrous hands, a man is trapped in an elevator which splits open into a bottomless abyss, a room's ceiling transforms into a blue-lit desert landscape, and a splash of blood on a wall spreads across the screen with a life of its own. Very little of this makes much sense, but Italian horror regulars should already expect that. 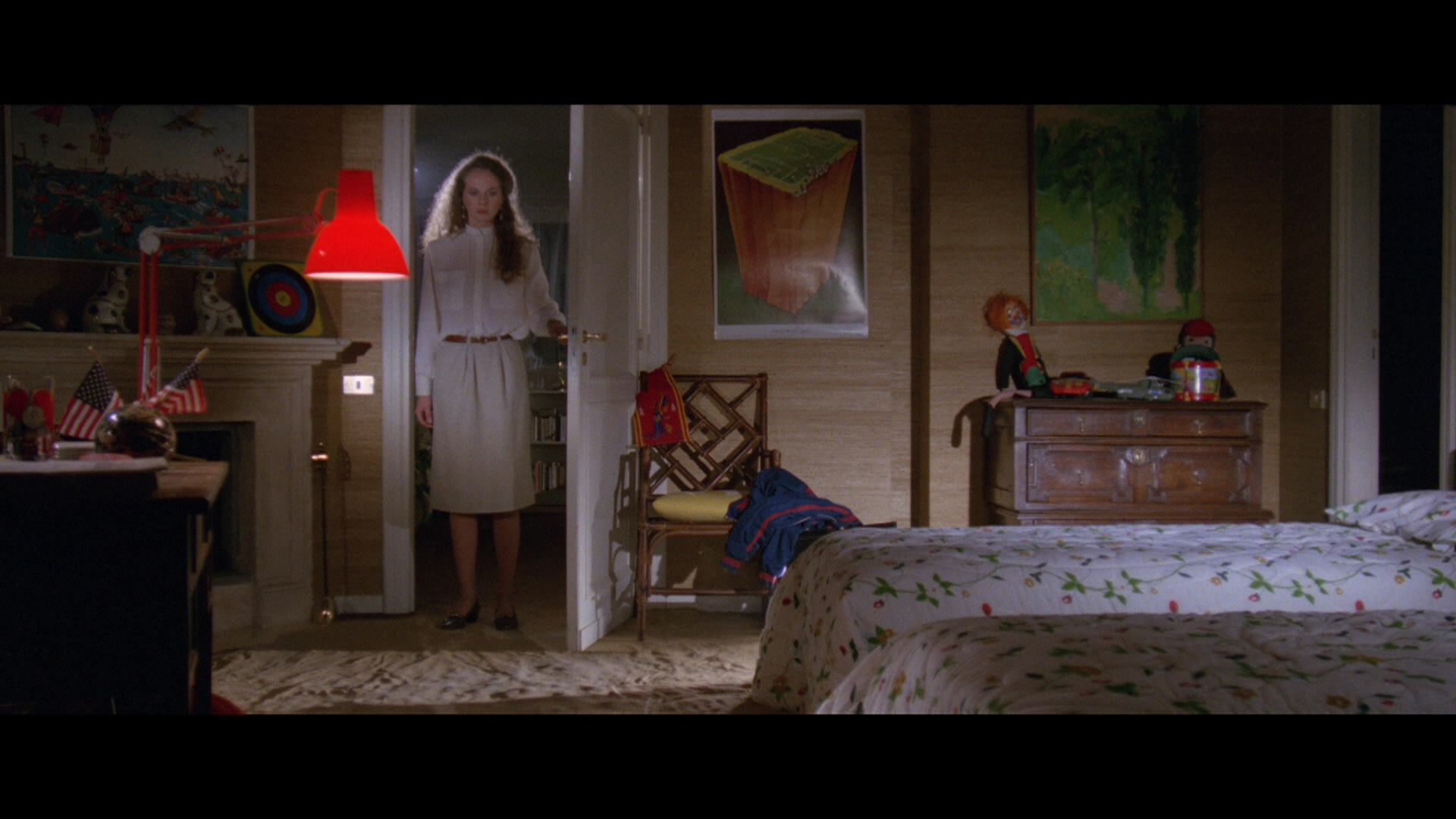 Baby (whose title means nothing really) was one of the last Fulci films to receive a notable theatrical release, under the title of Eye of the Evil Dead (complete with a poster depicting a blonde lass in skimpy clothing standing in front of some pyramids!). Lightning Video issued an eyesore VHS release, and overseas versions were little better, turning the lyrical scope photography into a senseless jumble of eyeballs and out of focus location shots. Not that it had much competition, but Anchor Bay's DVD from 2001 looks as good as one could expect from the time and completely restores the correct framing. Fulci's use of the zoom lens produces some unsightly excessive noise in a few shots, but otherwise the colors and detail are stable and pleasing to the eye. The disc also includes the European theatrical trailer (which has already appeared on numerous Japanese releases) and a nice 8-minute video interview with screenwriter Dardano Sacchetti, who collaborated with Fulci for the last time on this film after a number of smash international hits. He has some interesting things to say about the film, which was plagued with difficulties (very little of original concept as The Evil Eye made it to the final product) but remains an oddly compelling entry in the last golden age of Italian horror. The same disc was later repackaged by Blue Underground, first as a standalone and then reconfigured with other Fulci titles 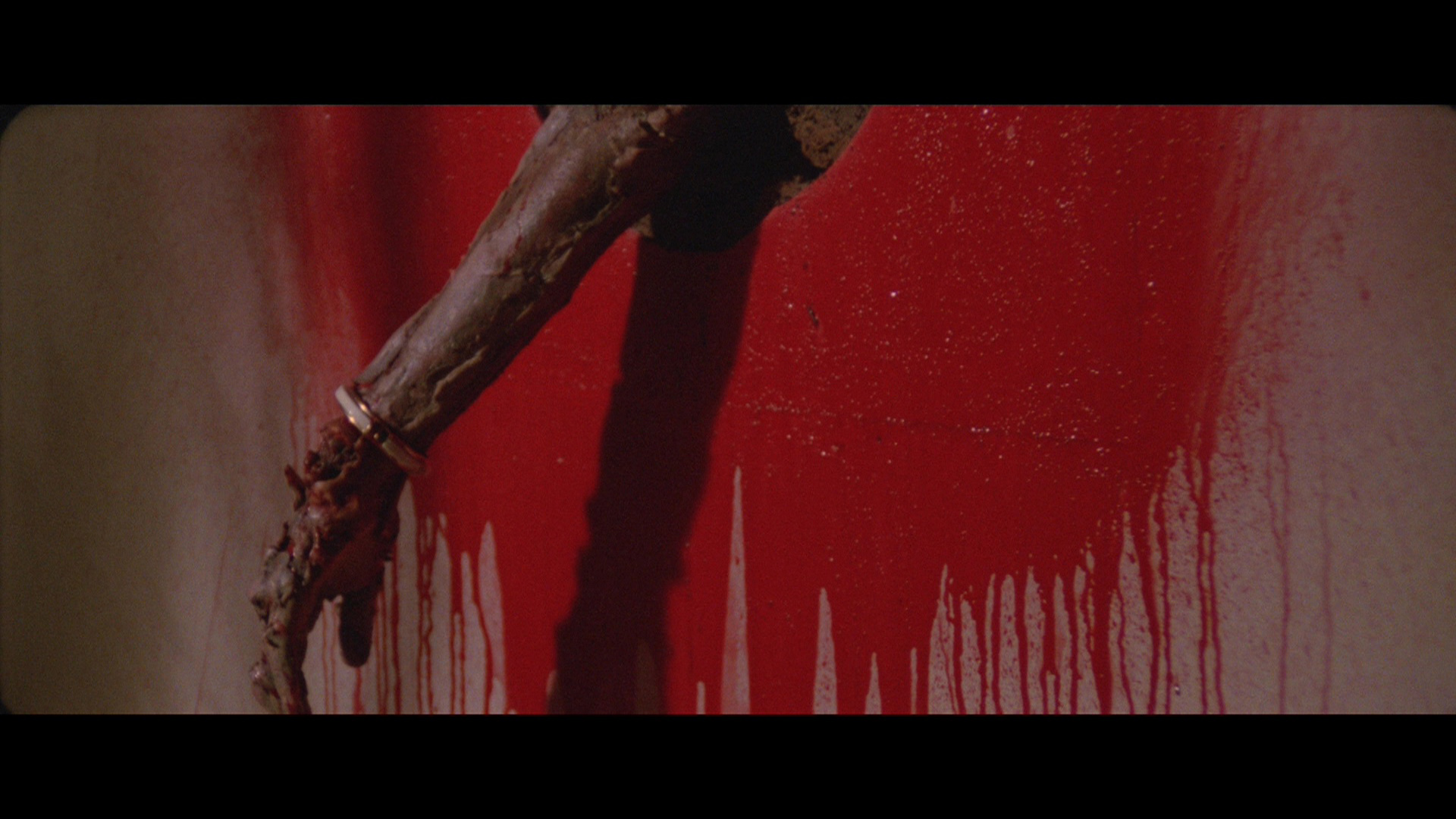 The 3-disc 2016 reissue from Blue Underground ups the respect afforded to the film considerably, starting off with a very strong new HD transfer that's thankfully quite natural in appearance and free from any obnoxious scanner noise or excessive filtering. The film's sometimes soft, dusty appearance 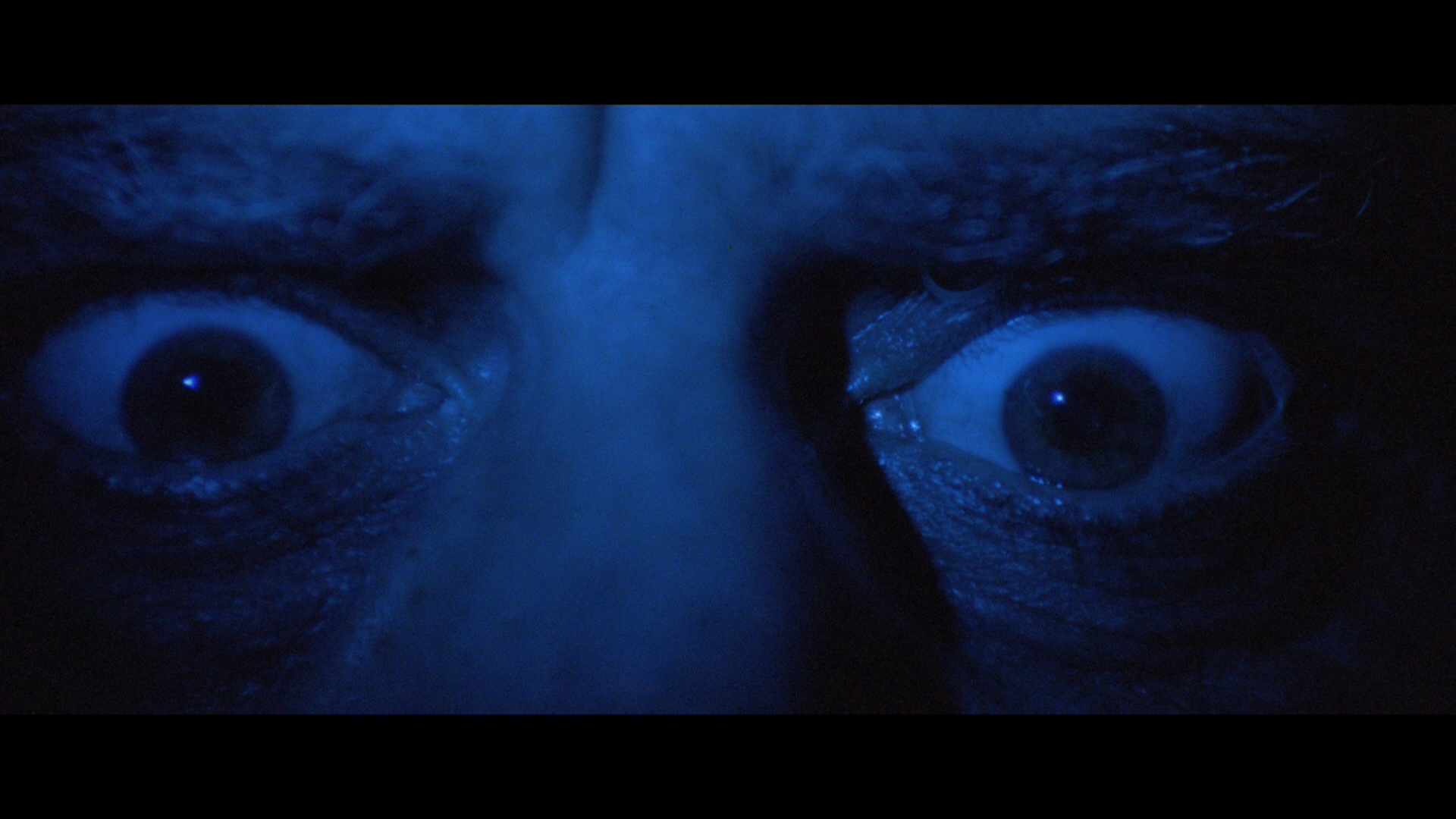 means it's still quite soft and stylized at times, but it's safe to say this is about as good as this could possibly look unless it gets an unlikely 4K release somewhere down the road. The English audio options include a spacious new DTS-HD MA 5.1 mix that actually works pretty well with Frizzi's score spread to the front channels (don't expect much surround-wise), and the original mono mix, DTS-HD MA as well; optional English, French, and Spanish subtitles are included.

The Sacchetti interview and trailer are carried over, but there's a solid batch of new goodies here as well. The wonderful 55-minute "Fulci & I" is actually much more than its title implies, offering an in-depth interview with Frizzi covering his entire career including his terrific tenure with Bixio-Frizzi-Tempera (who provided such great Fulci scores as The Psychic and Four of the Apocalypse), his introduction of the mellotron with his innovative (and very catchy) score for Zombie, and his landmark cycle of '80s scores, studded with footage of the man in action both in his studio and in concert. A cheerful Bixio turns up in some nice interview footage here as well, recalling both of his former band mates. The 9-minute "For the Birds" features a new chat with Cineiri, who covers Fulci's imaginative and sometimes turbulent directorial style, their work together on this film and The New York Ripper, and the challenge of being claustrophobic when a plaster cast is being made of your face to be torn apart by a killer bird. 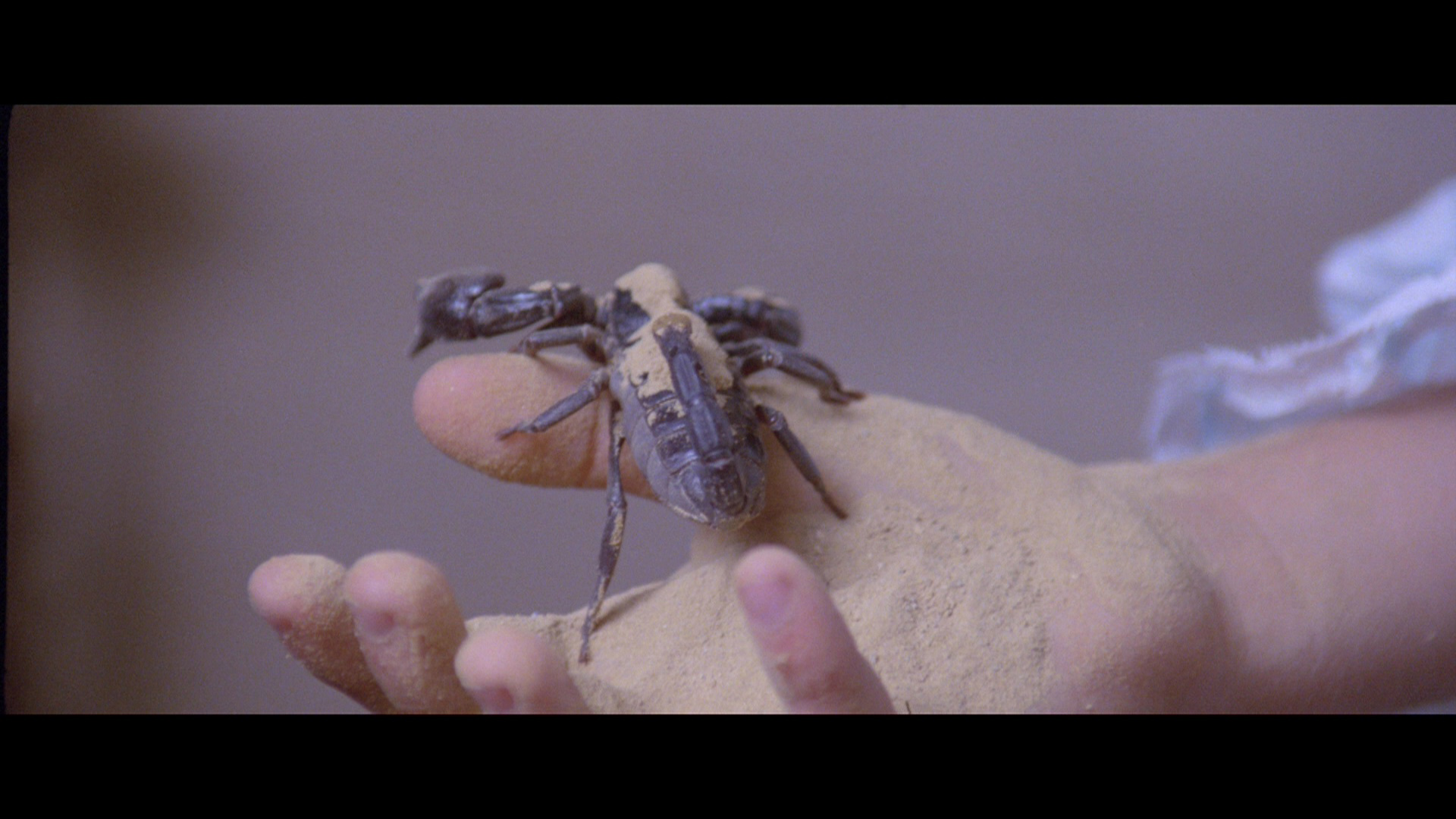 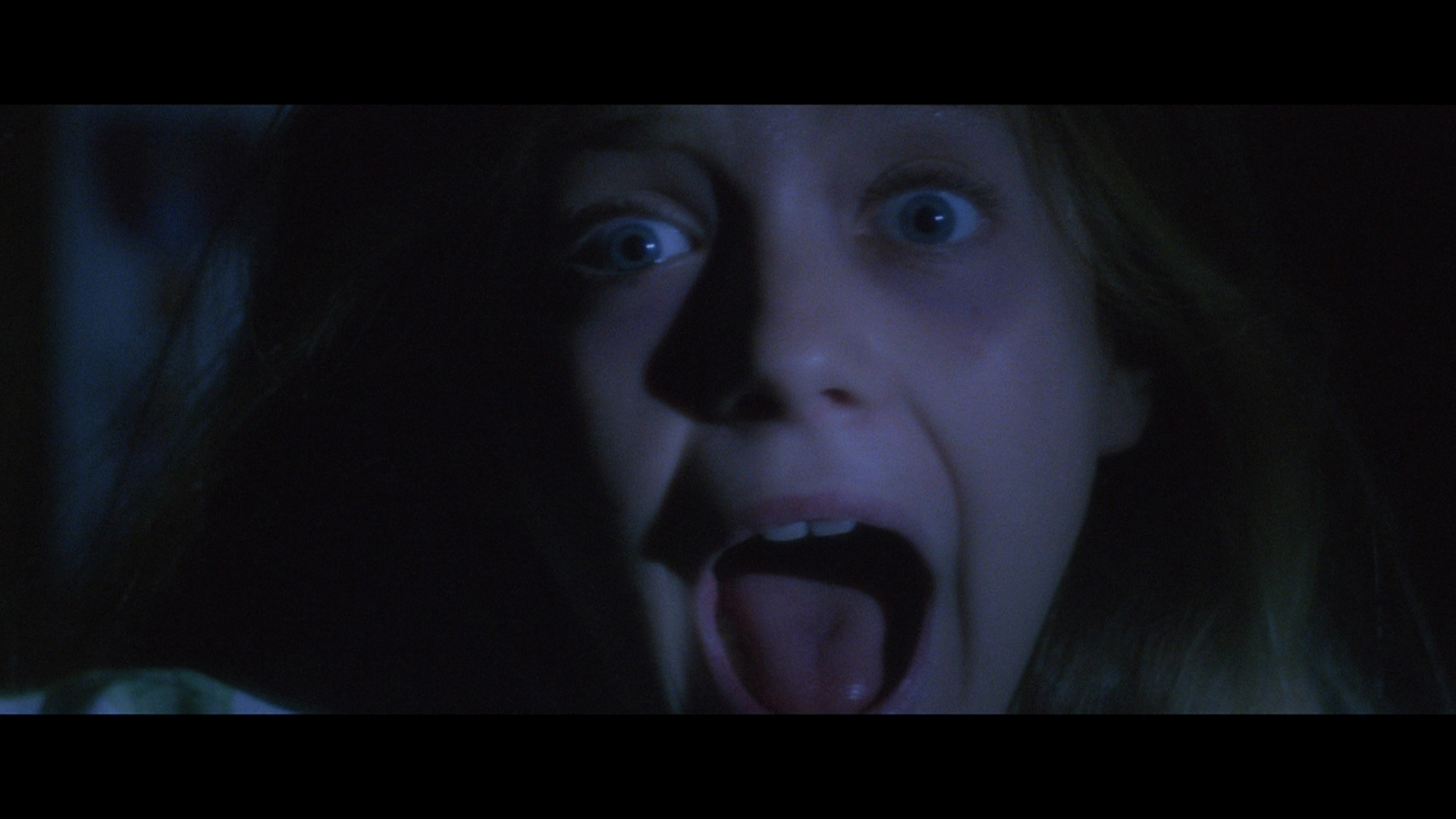 spotlight on makeup effects artist Maurizio Trani, who starts with his tumultuous first encounter with Fulci on Don't Torture a Duckling and goes through their numerous collaborations including work with the Giannetto de Rossi (whom Trani takes to task for never saying no to any effects challenge in a script). He also offers some endearing impressions of the director's personality, painting a friendlier portrait than some other accounts. The most eloquent spokesman for Fulci's cinema, Stephen Thrower, offers another perceptive analysis with a 13-minute interview, noting its unusually high doses of optical effects, its troubled status as the follow-up release to the highly controversial Ripper, the epic and mysterious serenity of the soundtrack, and its strange swirl of cinematic influences including Rosemary's Baby, The Exorcist, and The Awakening. A live 9-minute suite of the score performed by Frizzi is another highlight, complete with some evocative female vocals added to the mix, and an HD gallery of posters and stills offers an overview of the film's peculiar history in theaters and on home video. Disc three is the original soundtrack CD, replicating the 12-track expanded edition from Beat Records a few years ago. The liner notes booklet features an essay by Troy Howarth, adapting material from his Fulci book Splintered Visions into a frank assessment of the film's virtues and faults; he's a bit hard on Connelly (who's fine if unremarkable) but hits the mark with his rundown of Fulci's career to that point and how the film's problematic genesis led to a compromised but fascinating final product.