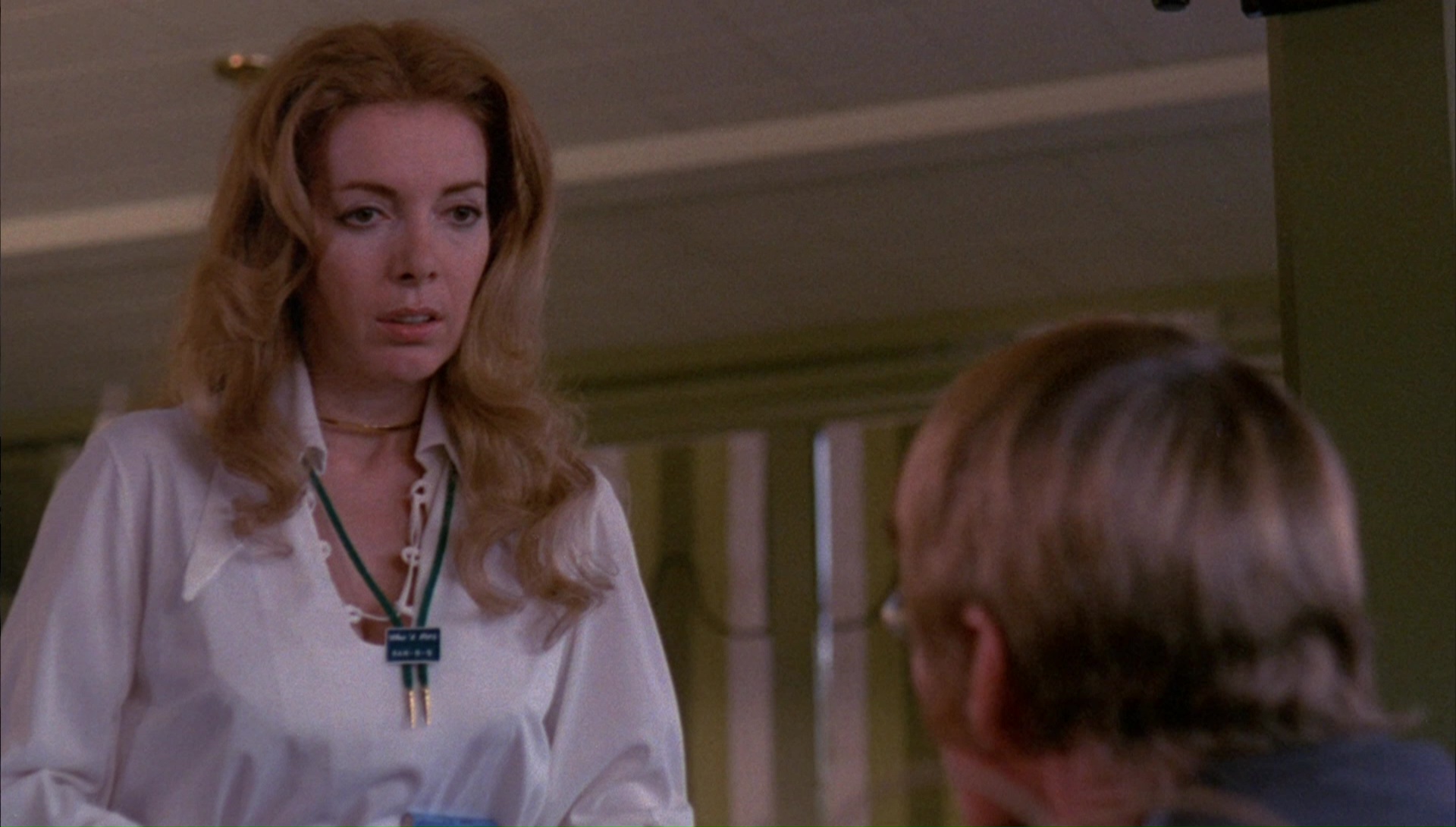 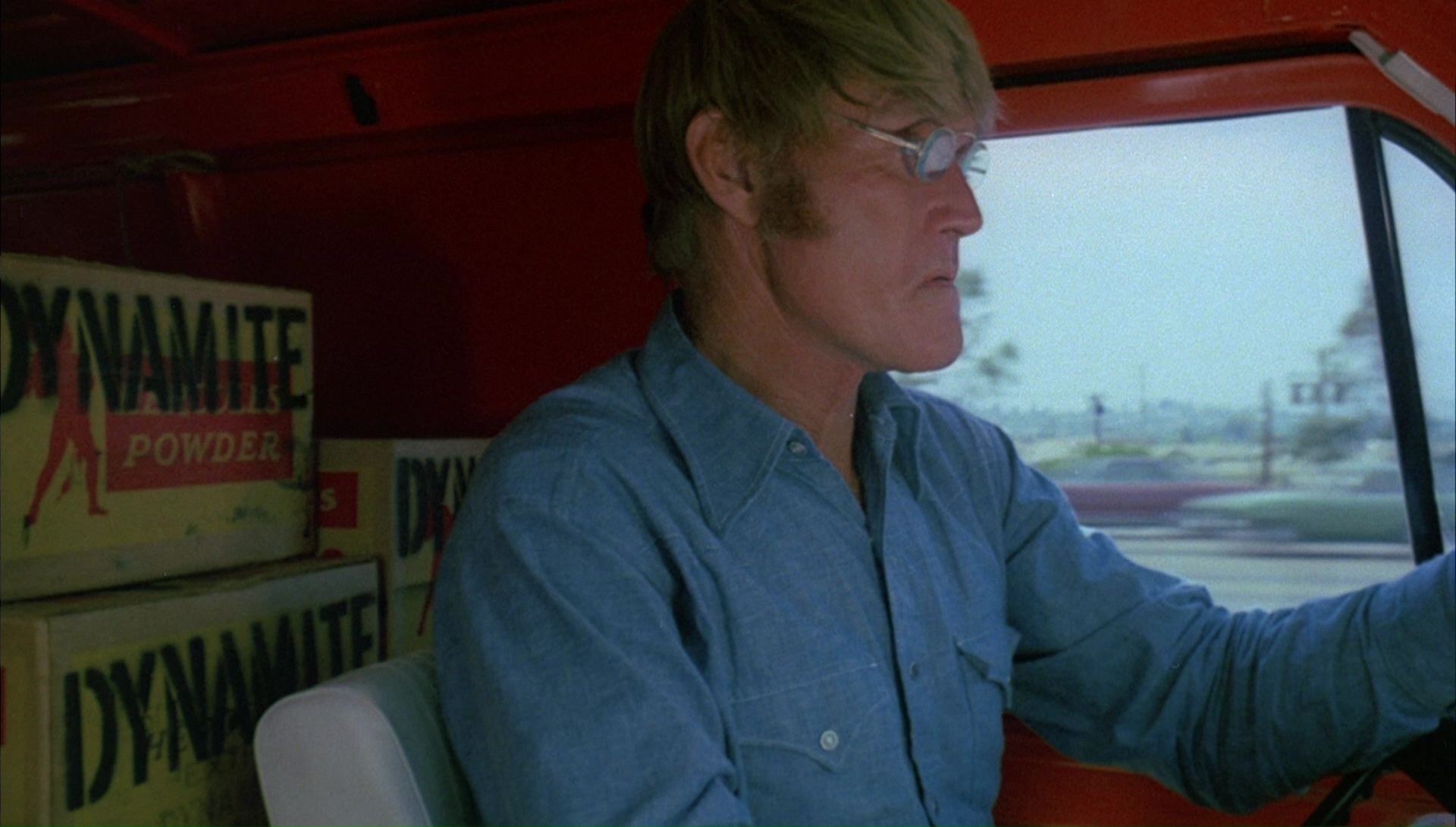 Better known to video collectors and late night TV viewers as The Mad Bomber, the outrageous early '70s crime film The Police Connection came at a turning point in the career of director Bert I. Gordon. One of the most lovable drive-in directors of the '50s and '60s, Gordon made his name with a string of hits featuring giant monsters (and people) rampaging across the silver screen, but the demand of more graphic fare forced him to change direction a few times. In 1972 he released a moody occult film called Necromancy (which was later recut and spiced up with nude scenes under the title The Witching), and the following year he released this, his first bona fide action film and only his second to be released in first run with an R rating (following the little-seen How to Succeed at Sex). In its original form, The Police Connection is his strongest film, a gritty mixture of bloody violence, rampant nudity, and cynical crime procedural, but almost all of the many, many VHS were released as The Mad Bomber with virtually every single exploitative highlight removed. A public domain DVD of this watered down version prepared for TV airings didn't help things, either, but the Code Red release marks the digital debut of the full-strength version in all its fleshy, blood-spattered glory. Needless to say, anyone who's never seen this version before is in for a shock. 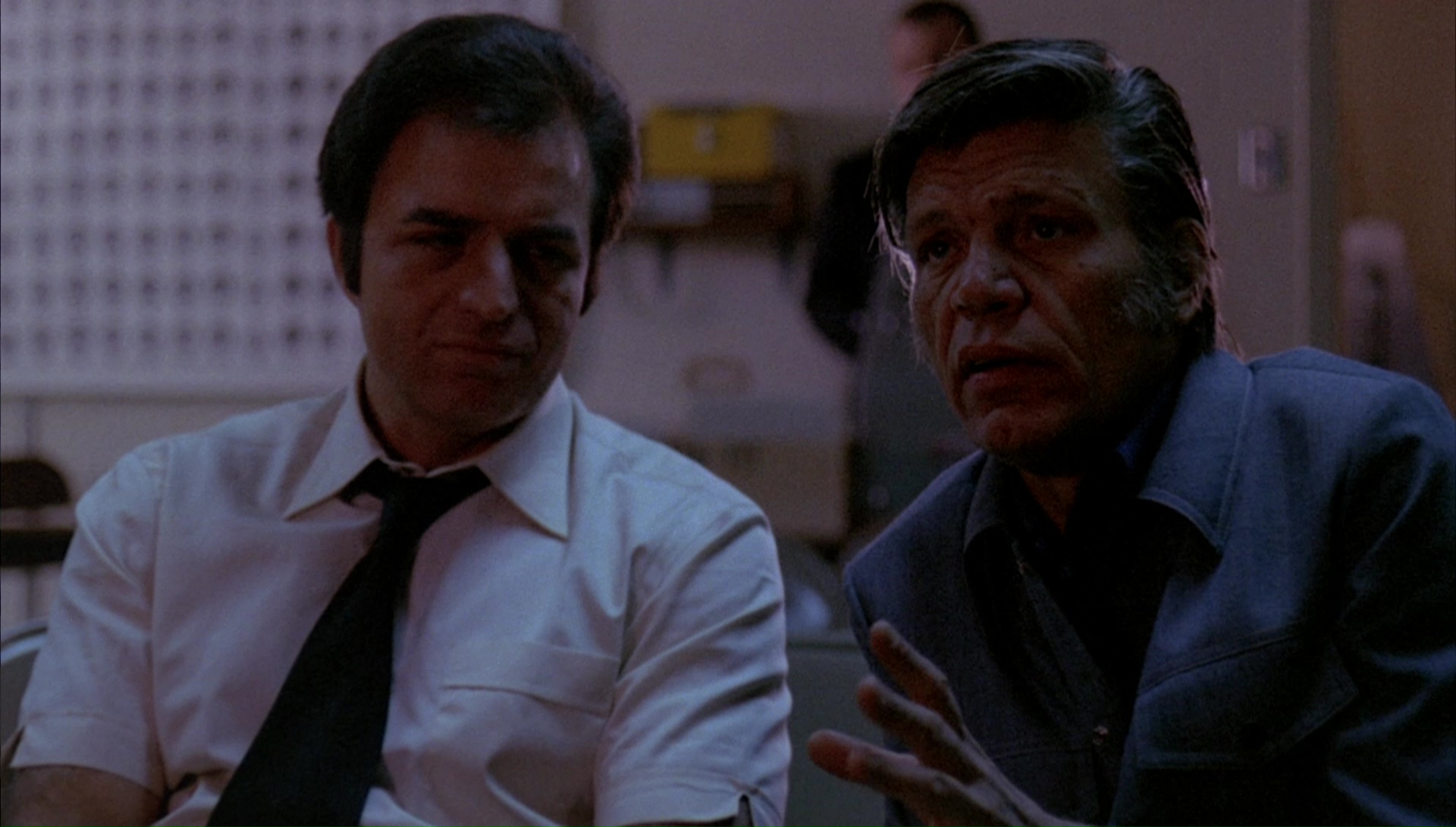 berates people in public for littering and failing to yield to pedestrians. However, William has a darker side -- namely planting bombs and detonating them at places like a high school and a women's lib meeting. Then there's George (Eaten Alive's Neville Brand), a creepy sex offender who rapes a patient at a Northridge mental institution and may be the only one who's seen William doing his dirty bombing work. Finally, dogged cop Lieutenant Geronimo Minnelli (Vince Edwards, TV's Ben Casey and star of the outstanding noir Murder by Contract) is determined to catch William at any cost, including a bizarre scheme to trap George by setting up female cops as potential sexual assault targets. Needless to say, the results are explosive.

Gordon has never really been known as the most adept of directors when it comes to actors, but here it makes all the difference having three pros anchoring the story. An underrated talent often wasted in thankless TV roles, Edwards is great here in a slightly queasy role with his former heartthrob looks now turning seedy and sweaty; it's more than a little odd to see him hanging out to question employees at a strip club, surrounded by way more frontal exposure than you'd expect to see in a (relatively) mainstream 1973 film. 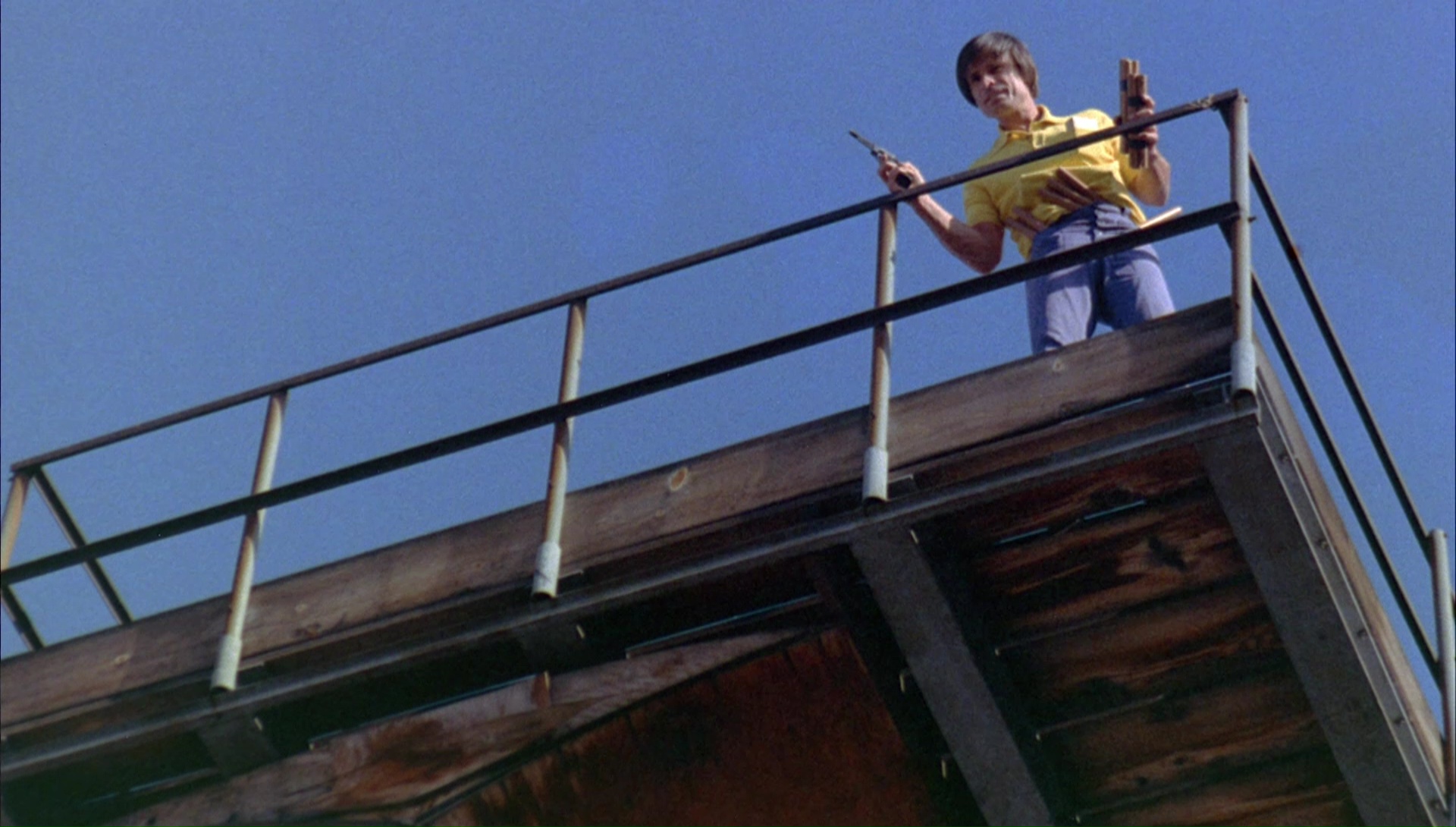 Brand does his sleazy best, too, though he has the least to do of the three; still, it's fun seeing him square off against Edwards, and the ultimate direction of his character is definitely not what you'd expect. However, it's easily Connors who steals the film as a psychotic whose ultimate motivation makes him more relatable than your average mad killer. He's absolutely compelling in every scene, turning even the briefest of dialogue exchanges into tense confrontations tinged with grief-driven madness. Though he seemed to be on a bit of an upswing here, it took Gordon three years to make another film when he went over to AIP to helm two beloved giant critter movies of the '70s, Food of the Gods and Empire of the Ants. One can only imagine what might have happened had he decided to keep exploring other genres like this, but fortunately in its uncut form we'll always have this extreme example of where drive-in filmmaking was heading at the time. 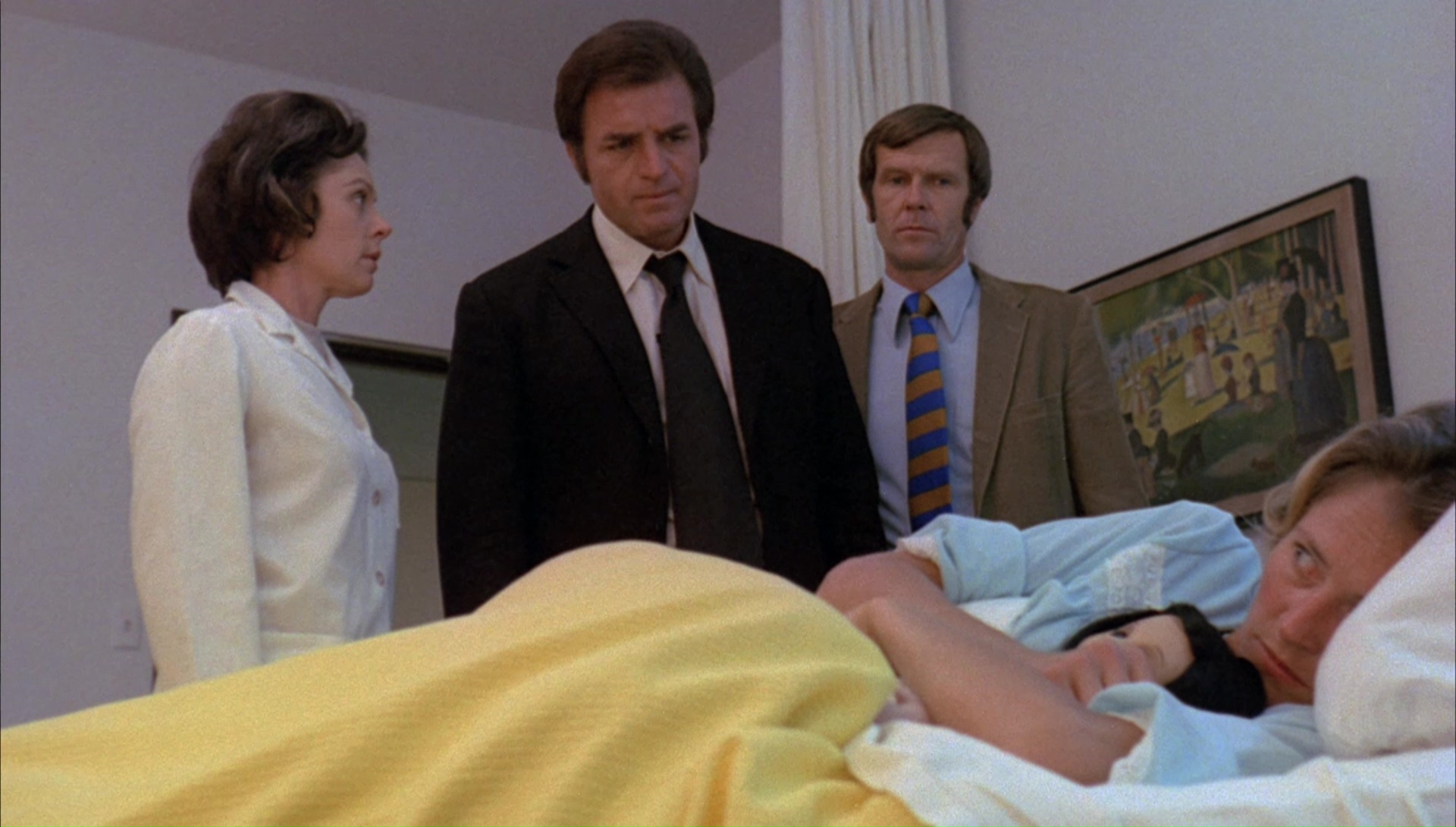 Obviously it won't mean much to say that the 2013 Code Red DVD, ahem, blew away every version before it, considering how sorry every previous transfer has looked (on top of the aforementioned censorship). This really is a nice transfer from top to bottom, though, delivering a film far more entertaining and vibrant than expected. It's also much easier now to appreciate some great footage of Northridge, Chatsworth, and Sherman Oaks at the time, with plenty of vintage Vons supermarket signs in evidence. The only pertinent extra is an isolated score track (complete with lots of funky crime and strip club music), while the usual reel of Code Red trailers consists of The Folks at Red Wolf Inn (yay, finally!), Just Before Dawn, Class of '74, Splitz, The Girls Next Door, and Gold of the Amazon Women.

Even better is the 2016 Blu-ray upgrade, which is a very limited 1,000-unit pressing available for a short window directly from the label's store. The already solid source material gets a nice bump here, and apart from revealing some water damage in a small handful of shots, it's in great shape with impressive colors and detail. The DTS-HD MA English mono audio is fine if unspectacular given the source, and the isolated music track is carried over, while the theatrical trailer is added this time along with wrapround hosting bits by hostess Katarina Leigh Waters, who gets to ham it up (literally) in a movie theater with a mad bomber banana on the loose. Also included are bonus trailers for The Jigsaw Murders, Nam Angels, Jive Turkey, The Destroyers, and Dune Warriors.