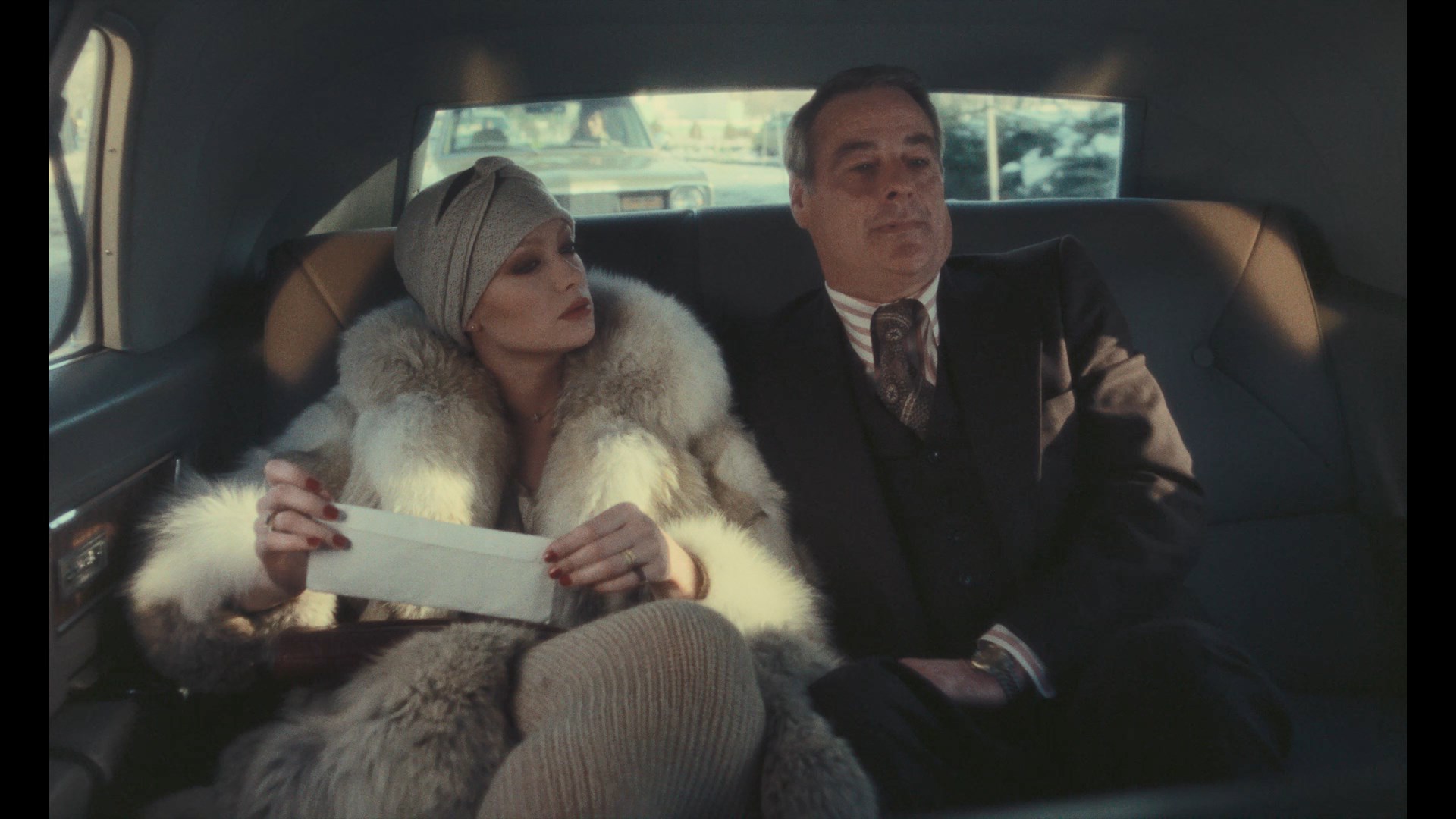 revolutionizing the world of 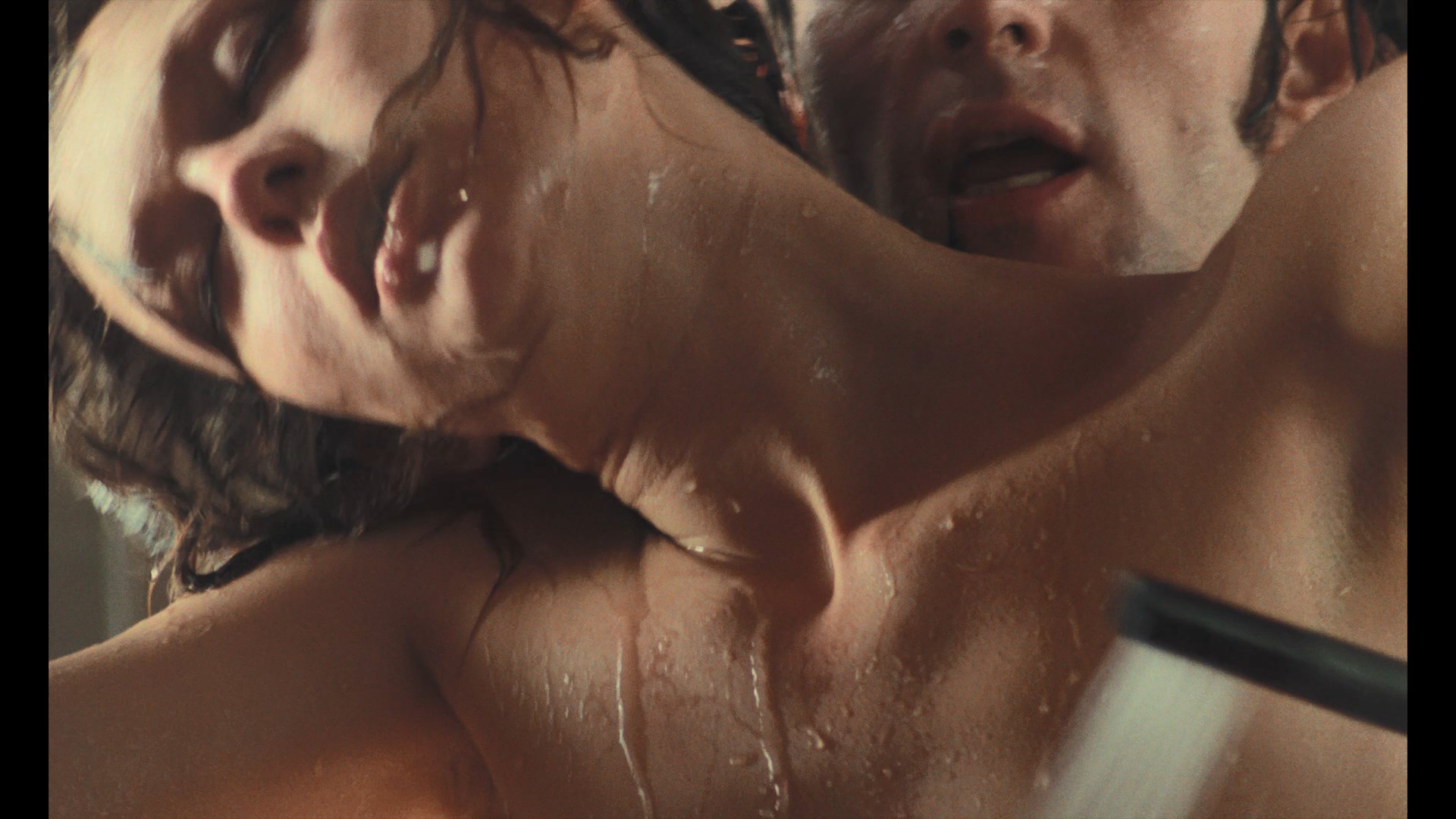 mainstream erotic cinema with his 1974 debut film, Emmanuelle, former photographer and art director Just Jaeckin found himself one of the most famous and recognizable filmmakers on the 1970s European movie scene. His second film, Story of O, proved he was no fluke with its visually intoxicating look at a fanciful S&M-dominated world, but he shifted gears in a major way with his third time at bat. Inspired by the scandalous real jet-set prostitution tycoon Madame Claude and a book of the same name about her by Jacques Quoirez, this glossy, all-star mixture of soft erotica, quirky comedy, surrealism, and political thriller finds Jaeckin essentially delivering France's ambitious response to the popular The Happy Hooker and its real-life subject, Xaviera Hollander. A real prestige project in France right down to its popular soundtrack by pop icon Serge Gainbsourg (including a hit theme song, "Yesterday Yes a Day" by his companion and muse, Jane Birkin), the film was also wildly popular in some other territories like Japan and spawned a 1981 sequel with none of the original talent involved. In America the film barely made a blip in 1979 under the title The French Woman from indie distributor Monarch Releasing Corporation (Snuff), a name derived from the U.S. publication that stuck with the VHS from Vidamerica promising more Emmanuelle-style thrills that turned out to be a bit different from what viewers might have expected.

The world of international diplomacy is in an uproar over the photographs being snapped in secret by professional photographer David Evans (Sunday Bloody Sunday's Head, famous for the '80s pop standard "One Night in Bangkok" from Chess), who travels the world on the heels of the chic Madame Claude (My Night at Maud's Fabian). In fact, she's first seen enjoying some private company with the potty-mouthed U.S. President (Webber), who enlists her services at house 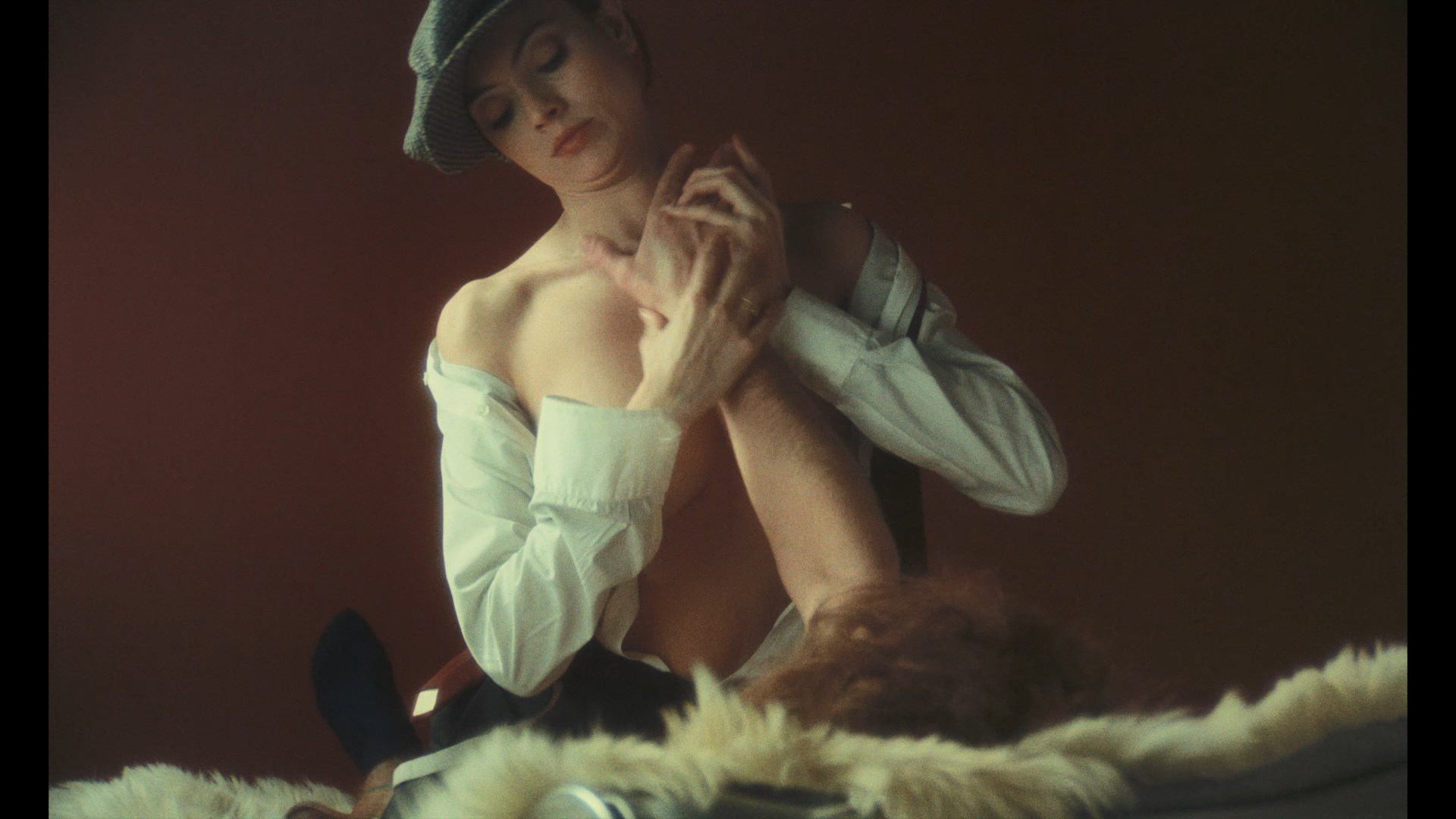 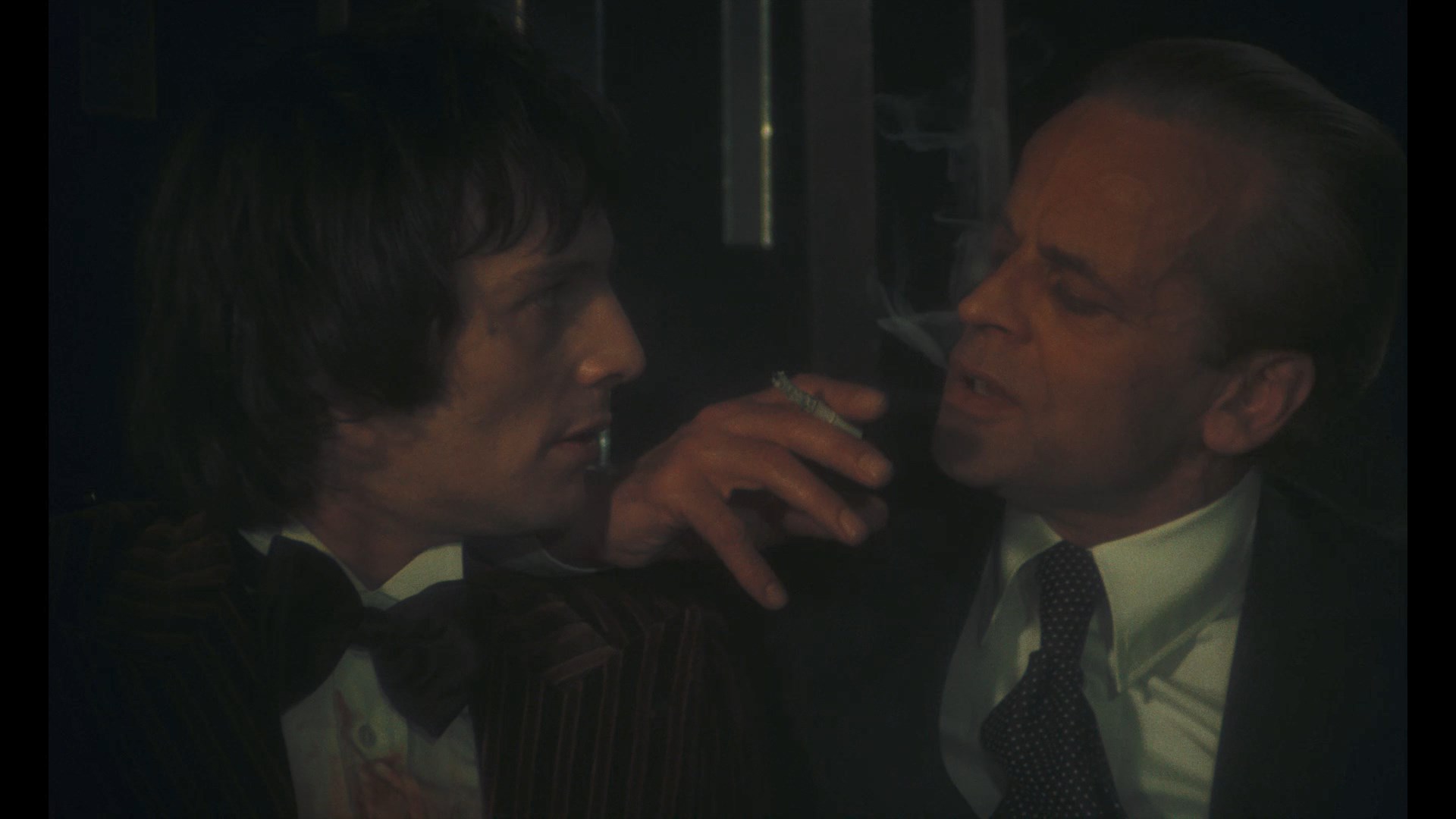 please a Japanese visitor involved in a lucrative Lockheed deal. David captures all of the shenanigans on film and keeps tabs on the Madame by enjoying a very aquatic sexual relationship with one of her girls, Anne-Marie (Knudsen). David's activities prove to be useful to Madame Claude when she decides to manipulate some of her more important international clients, at least when she isn't busy trying to initiate the young Elizabeth (Spermula's Haddon) into the world of high society prostitution where clients can include none other than Klaus Kinski. Unfortunately the global intrigue puts some shady characters on David's trail, which results in even more compromised personal ethics and an actual body count.

Though loaded with sex scenes that tend to pop up every minutes, Madame Claude is a much more restrained affair than Jaeckin's previous two films with the nudity captured in a fairly tasteless, fashion magazine type of approach befitting the subject matter. Jaeckin's own photography background comes in handy here with his camera frequently taking on the perspective of a camera or an observer, leading the viewer through a tantalizing but dangerous world of high stakes players where sex is a matter of commerce rather than the heart. Fabian is excellent as always in the title role, while Kinski once again steals his fairly limited amount of screen time in a suitably debauched performance that becomes key to the lurid but eye-catching climax. This may not be the best intro to Jaeckin's visually sumptuous style (top notch here as usual including some 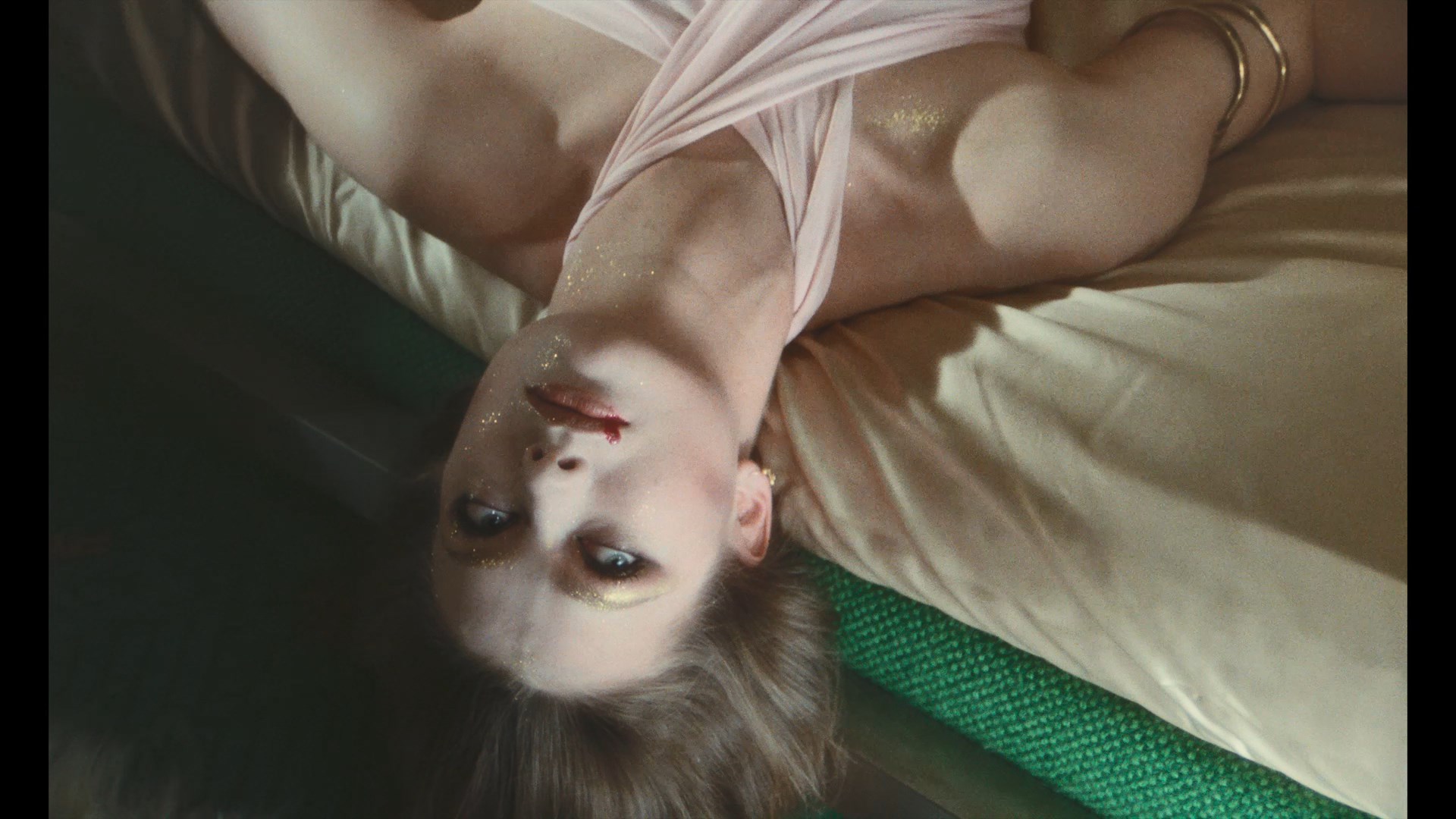 moments that uncannily anticipate The Neon Demon), but it's a key entry in his filmography and one that rewards repeated viewings to see him working on one of the largest cinematic 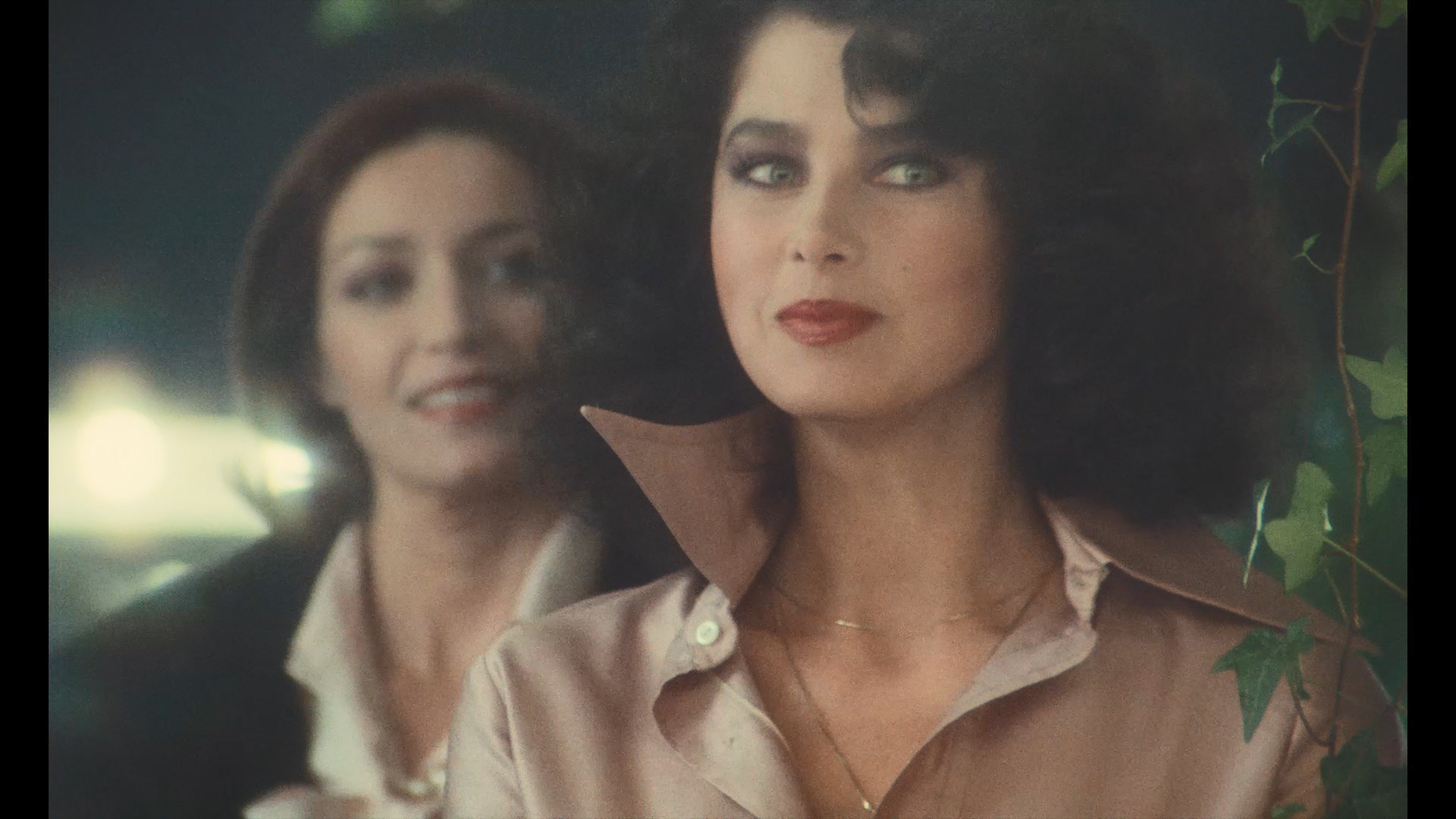 Out of circulation for decades outside of Japan and France (where it received very mediocre DVD releases, with a French Blu-ray announced but not yet materialized), Madame Claude returned to the U.S. in 2021 on Blu-ray and DVD from Cult Epics sporting what's listed as a new 4K transfer from the original negative supervised by cinematographer Robert Fraisse. To say that this is a major improvement over past editions would be an understatement as it looks very crisp and textured throughout with the accurate 1.66:1 framing looking nicely framed and well balanced throughout. The warm color timing is presumably accurate given the cinematographer's involvement and still leaves room for some very vivid splashes of other colors including a couple of shots with stylized red lighting, too. Black levels are rather flat, but that's a trait of many other Jaeckin films, too. The film was originally intended to be somewhat bilingual with the opening Washington, D.C. sequence with Webber and Fabian shot with live English audio and the Parisian remainder in French, though that aspect was lost when the film reached English-speaking viewers dubbed entirely in English with awkward results. (Strangely, Head seems to be speaking a combination of French or English depending 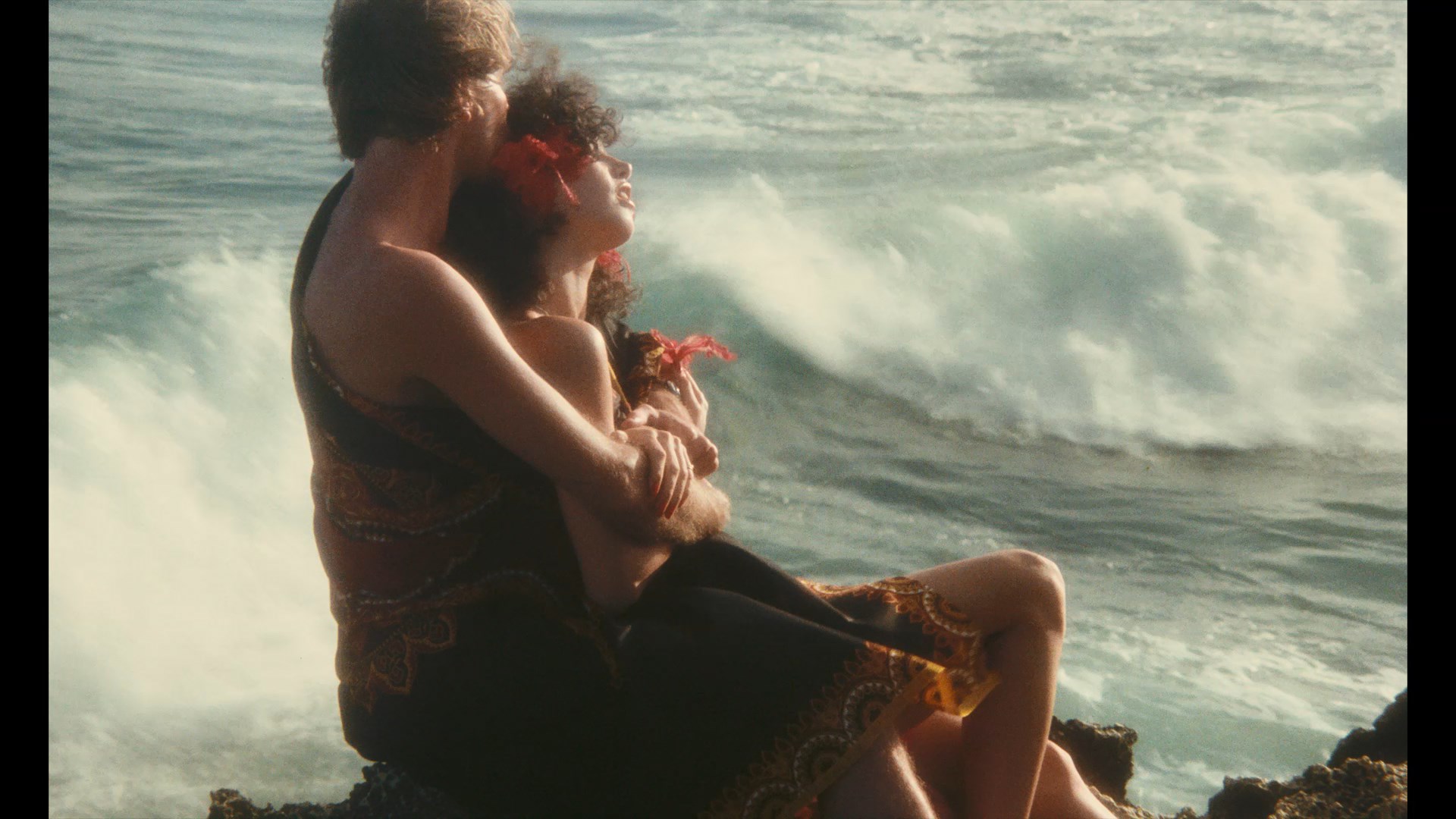 on the scene with dubbing covering it up no matter how you watch it.) The Cult Epics releases fixes that by offering 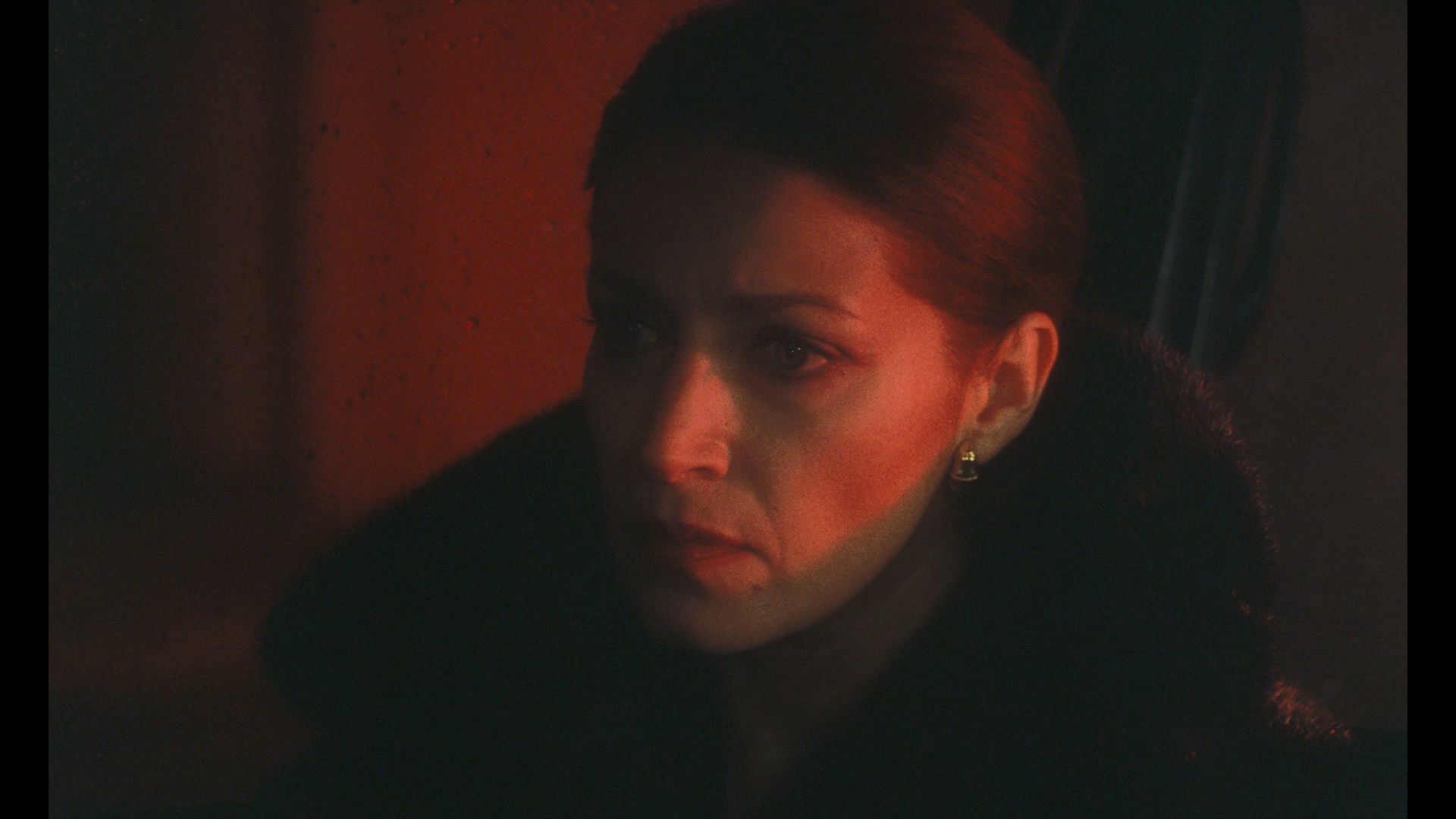 the mostly French-language track in LPCM and DTS-HD MA 2.0 mono options with optional English subtitles for the French dialogue, as well as a lossy Dolby Digital track for the English dub. A new audio commentary by Jeremy Richey, author of the upcoming book Sylvia Kristel: From Emmanuelle to Chabrol, is a handy and thorough appreciation of the film including extensive thoughts on Jaeckin's work, the backgrounds of the major players, the strangely hostile critical reception, connections to other directors like Radley Metzger (drawing comparisons to The Opening of Misty Beethoven, though this one shares a lot of DNA with Little Mother, too), the darkness in the story that probably had an effect on its reputation, and more. It's a very solid track, though for some reason the audio from the film itself is mixed in there, too, sometimes quite loudly (especially the train scene). A new video interview with Jaeckin (20m) covers his early photography days, the real Madame Claude's highly positive reaction to the film, his film education watching classic Hollywood movies versus the French New Wave, the method he used to get along splendidly with the normally combative Kinski, and his role in first getting Gainsbourg and Birkin together. The French trailer (subtitled) is also included along with a gallery (1m22s) of assorted posters and mostly German lobby cards, plus bonus trailers for Death Laid an Egg, P.O. Box Tinto Brass, Paprika, The Lickerish Quartet, Camille 2000, Blue Movie, and My Nights with Susan, Sandra, Olga & Julie.