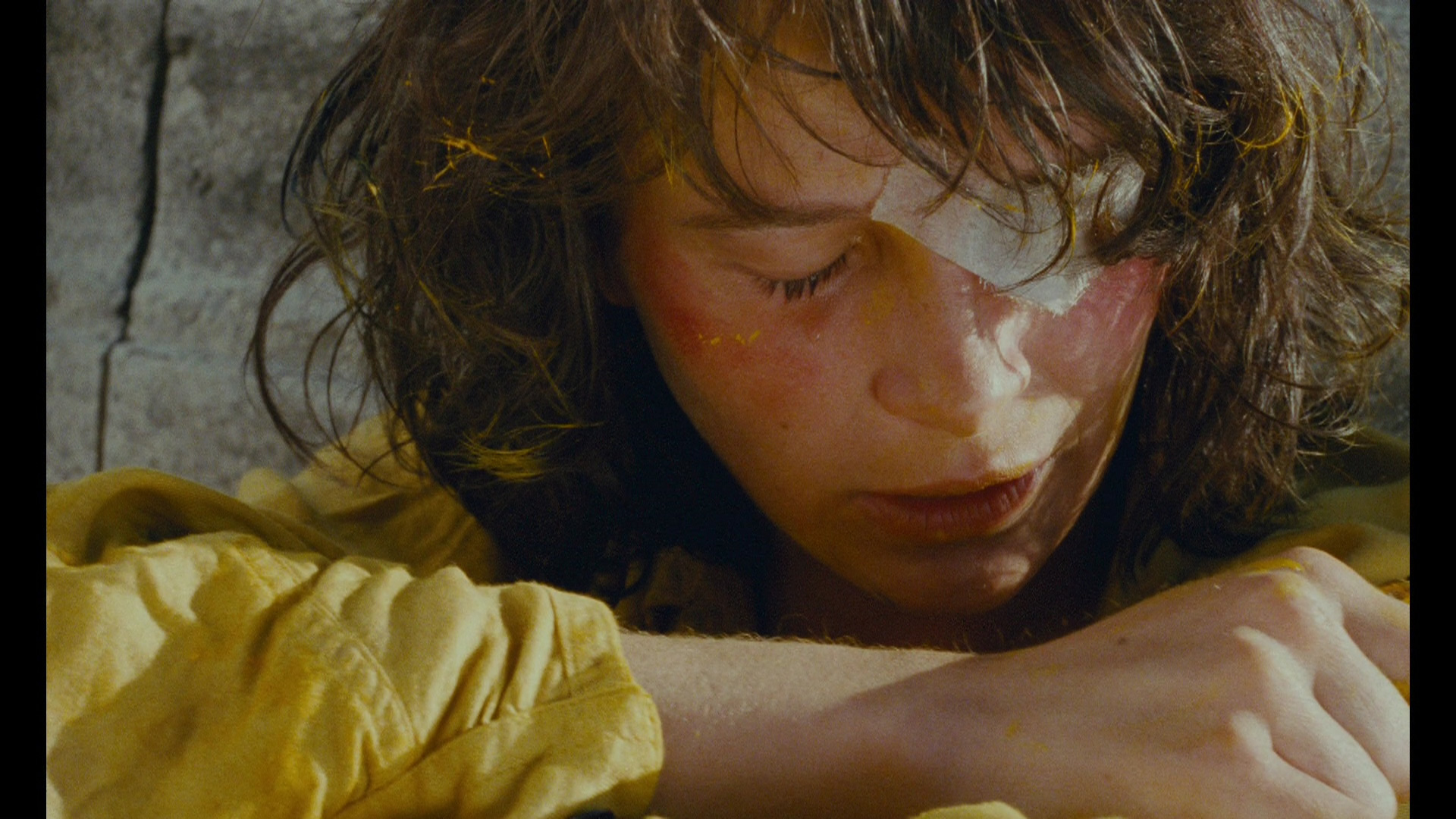 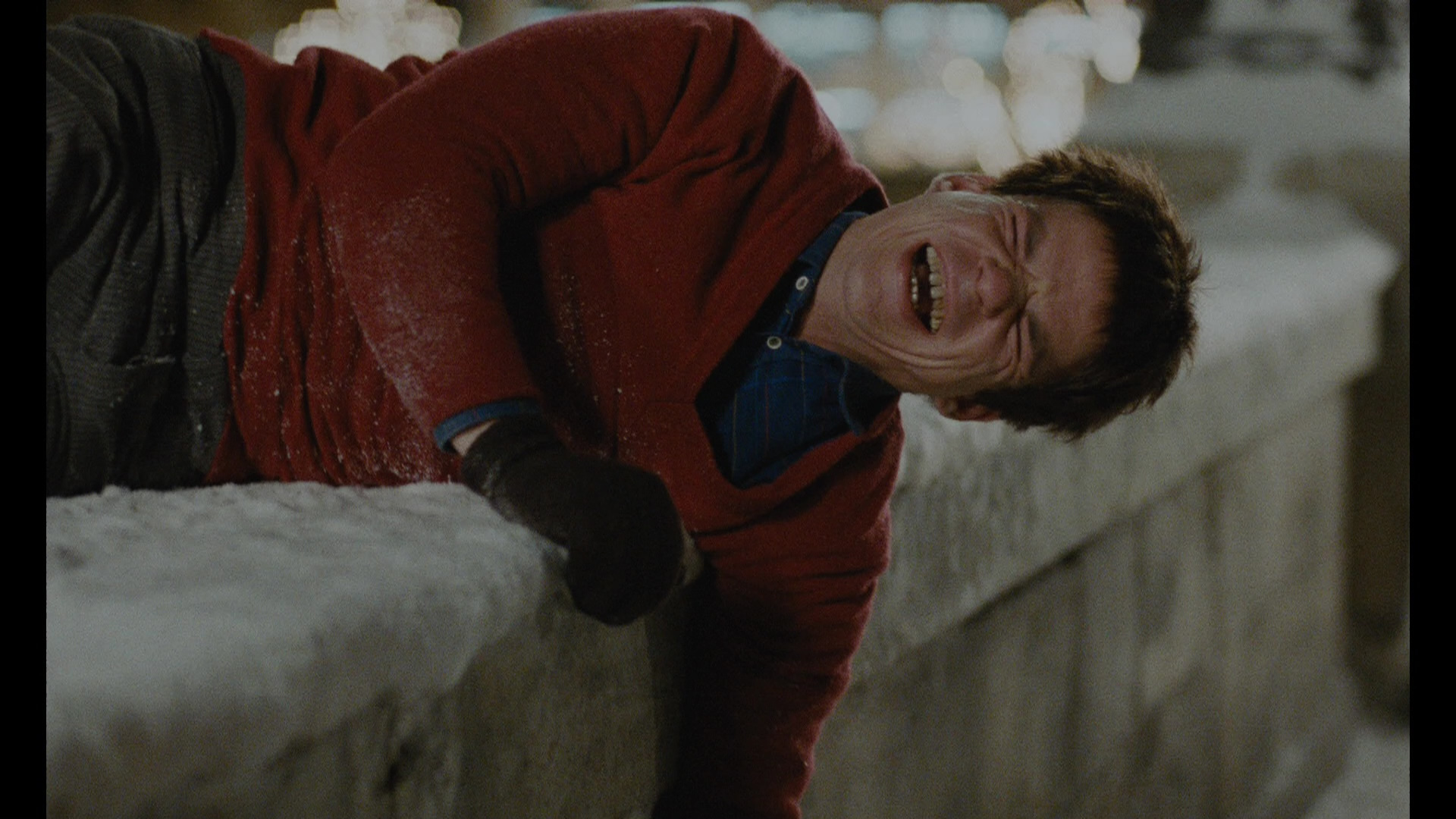 Wildly inventive director Leos Carax may not be the most prolific filmmaker out there, nor is he the biggest name in his native country, but that has nothing do with the quality of his work. He was essentially shoved into a lengthy break after making The Lovers on the Bridge (Les amants du Pont-Neuf), a fearless and truly ambitious film that set a very high bar for visual audacity at the start of the 1990s and became a poster child for the pitfalls of foreign distribution at the height of the Miramax era. Seen today, it's also one of the most astonishing films of that decade.

While the Pont-Neuf bridge in the heart of Paris is shut down for a year-long renovation, it becomes the home for a cluster of covert homeless residents. Alex (Lavant), a sullen addict who performs fire-breathing acts for the public, strikes up an unusual relationship with Michèle (Binoche), a street artist who later reveals her sight is degenerating and needs treatment far beyond her means. The day-to-day existence of the destitute is also shown through the presence of Hans (Grüber - no Die Hard connection!), an older vagrant who provides a kind of sounding board as Alex and Michèle try to sort out their connection among a string of surreal experiences and petty crimes. 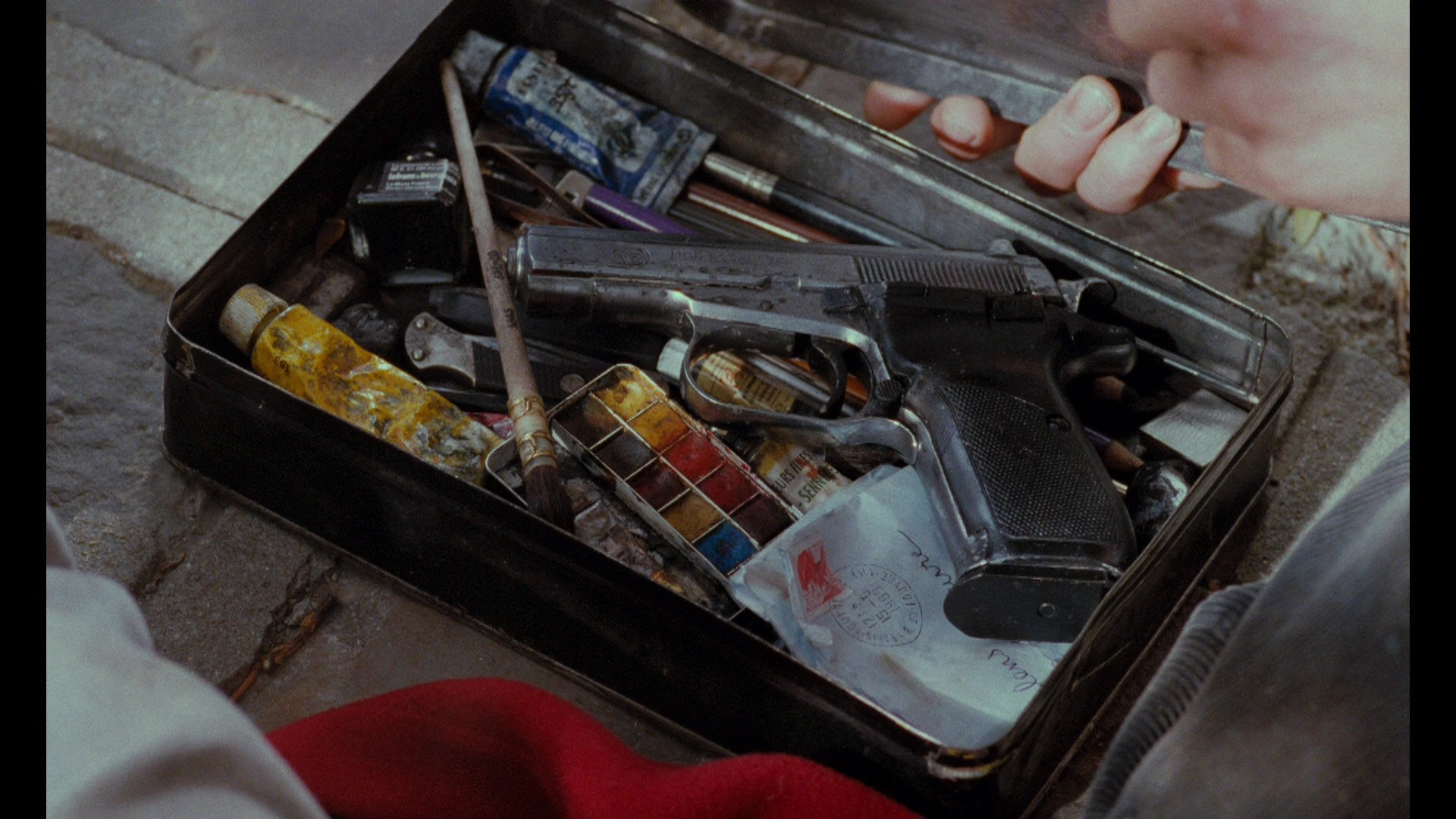 can't really come close to describing the experience of actually watching this film, which made headlines in its day as one of the most expensive productions in French film history. 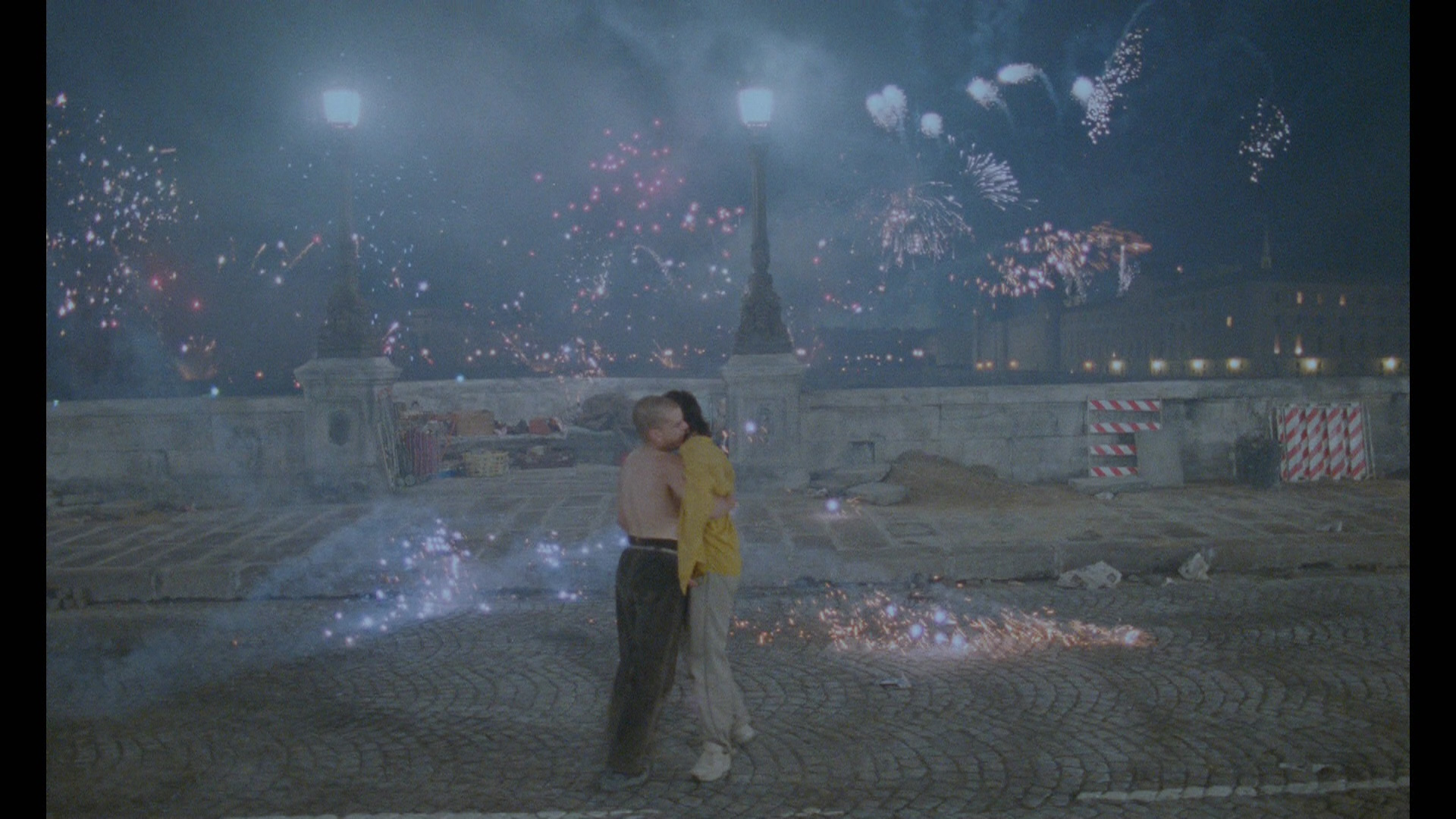 Its numerous delays and difficulties have since become legendary (including Lavant breaking a leg and the wholesale reconstruction of the Pont-Neuf and storefronts far from the city), but the payoff is an exciting and unforgettable film that juxtaposes contrasting visual styles to exhilarating effect. The opening scenes are filmed in a dreary, handheld style bathed in grim shades of blue and gray, but the film soon percolates into a medley of wild colors and stunning visuals including what may be the greatest fireworks sequence ever committed to film at the 45-minute mark. Just as impressive is the physical prowess of Lavant, one of the greatest elastic thespians of all time, who capped off this film in his "Alex" trilogy for Lavant (following Boy Meets Girl and Mauvais Sang) with a dexterous performance worthy of a classic MGM musical as he performs back flips and improvised dances with complete abandon. As for Binoche, she was rapidly ascending as an international star when she made this film, coming off of Philip Kaufman's The Unbearable Lightness of Being and on the cusp of breaking through with her roles in Three Colors: Blue and Damage, not to mention her subsequent Oscar-winning role in The English Patient. It's still a bit odd seeing her so completely deglamorized her, but her natural magnetism shines through all the same and she really shines in both the great water-skiing moment and the potent finale, which more than a few people have noted as a likely visual influence on Titanic of all things.

Though it wasn't an outright flop, there was no way this film could make back its mammoth budget in France alone; it had to be an international hit to break even, and it did manage to open in territories like the U.K. and Japan in a timely fashion. Accounts differ as to

what happened next, but the 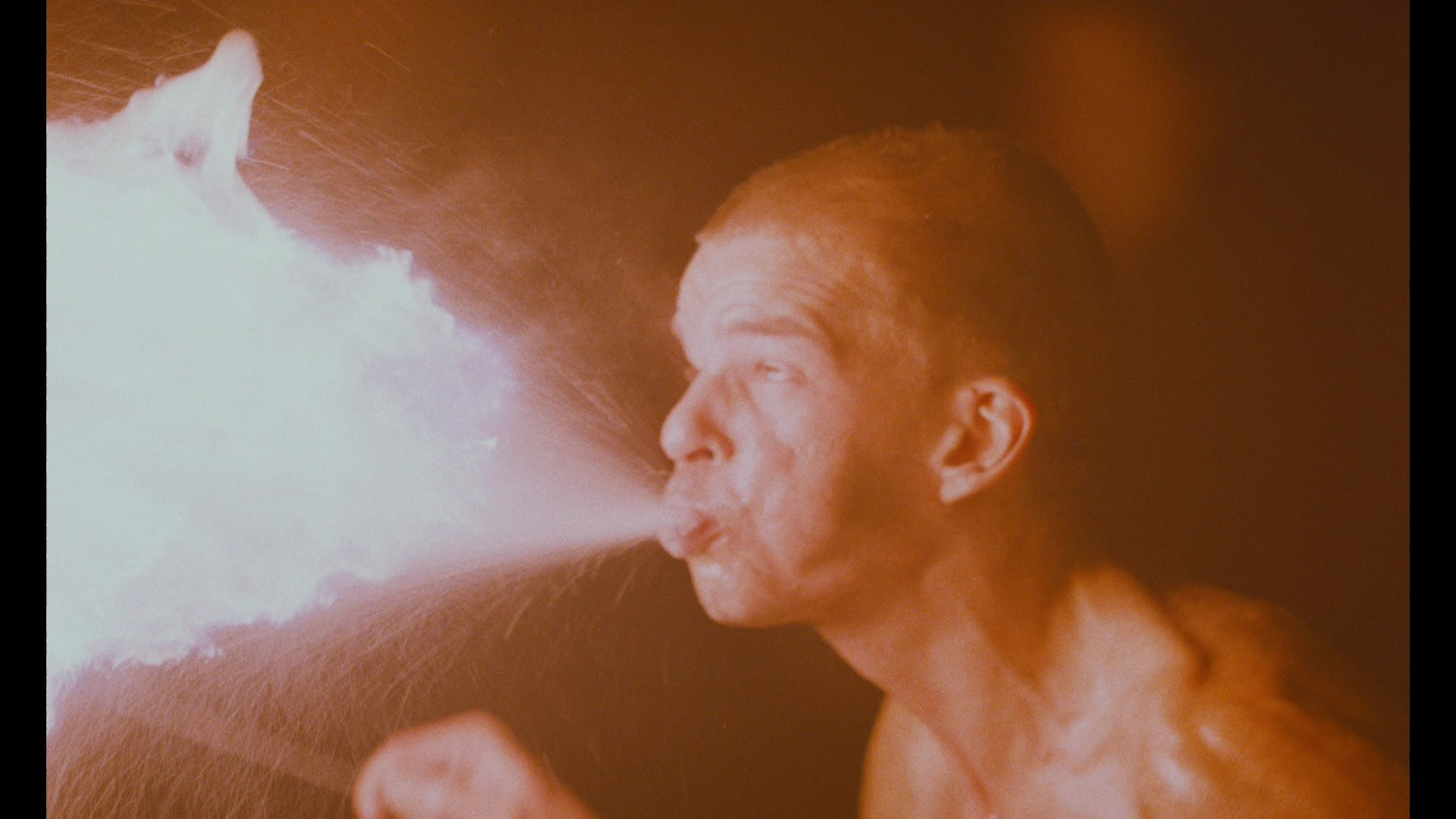 film ended up being withheld from an American release for many years, with bootleg video copies circulating and the legend around the film growing among film buffs with every year. (Carax claims the French distributor jacked the asking price through the roof to get back at him, which seems plausible in retrospect.) It took a ridiculous eight years for the film to finally hit U.S. shores in 1999, well after Binoche had won an Oscar and was about to appear in Chocolat for Miramax. The studio picked up this film and barely issued it in theaters with a "Martin Scorsese Presents" plug, then quietly shuffled it off to home video with a glamorous cover design that probably sent many customers into a state of shock when they laid eyes on the actual feature. Various releases over the years have included cropped 1.78:1 DVDs from Buena Vista and Lionsgate (it was shown in the U.S. theatrical aspect ratio of 1.85:1), but your best bet by a long shot is the 2017 edition from Kino Lorber, issued as separate Blu-ray and DVD editions. The image quality is a massive step up with healthier colors and more visible image info than any past release, admirably capturing the film's contrasting visual textures. The DTS-HD MA French stereo track sounds terrific as well, especially during that big scene. In addition to the Miramax DVD trailer, you get a 9-minute Cristina A. Ivarez Lopez and Adrian Martin dissection of the film's symbolism (narrated by Martin) involving its use of water and architectural imagery, plus an informative liner notes essay by Ignatiy Vishnevetsky about the film's turbulent genesis and its placement within the run of Carax and Lavant collaborations.