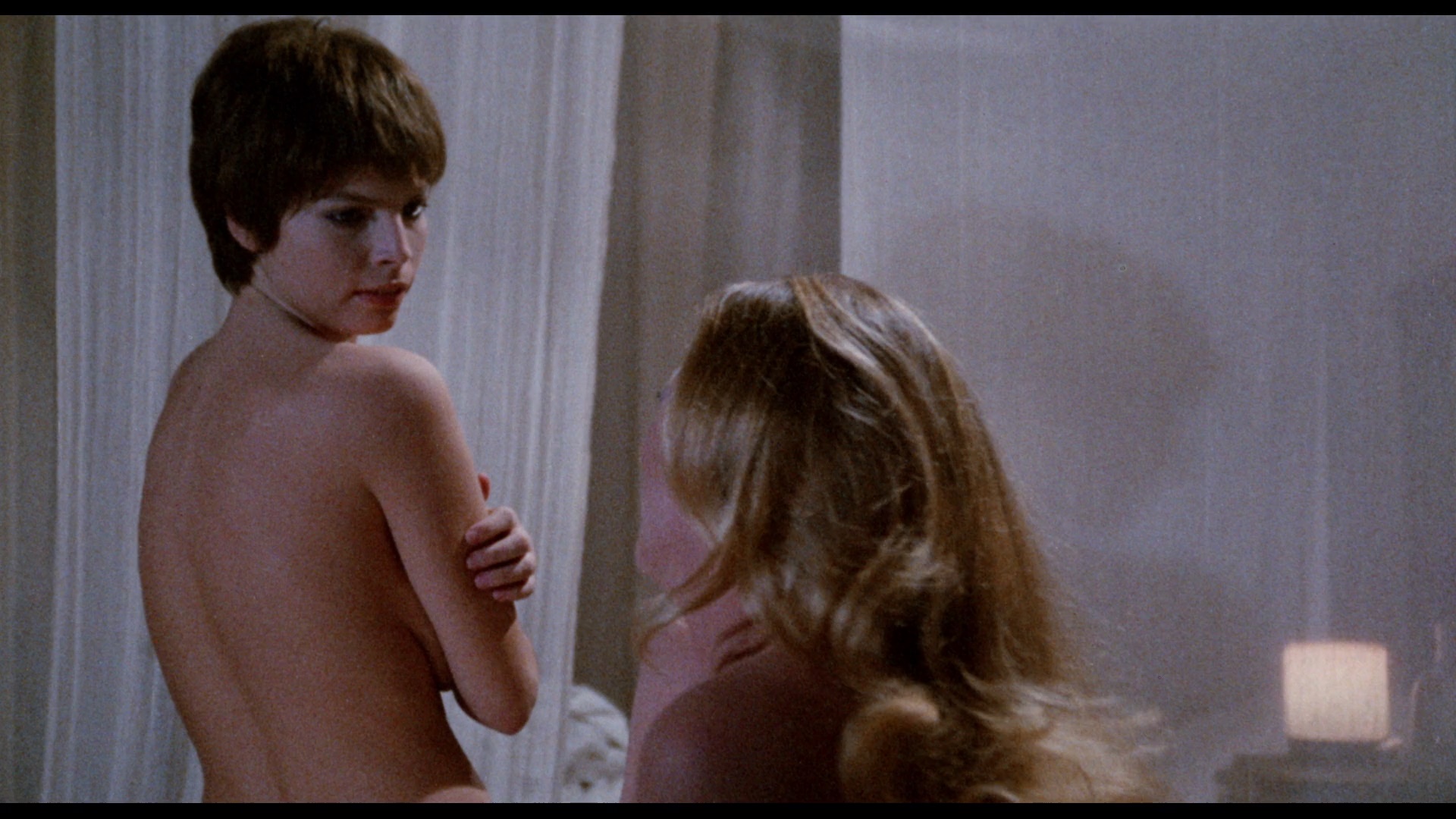 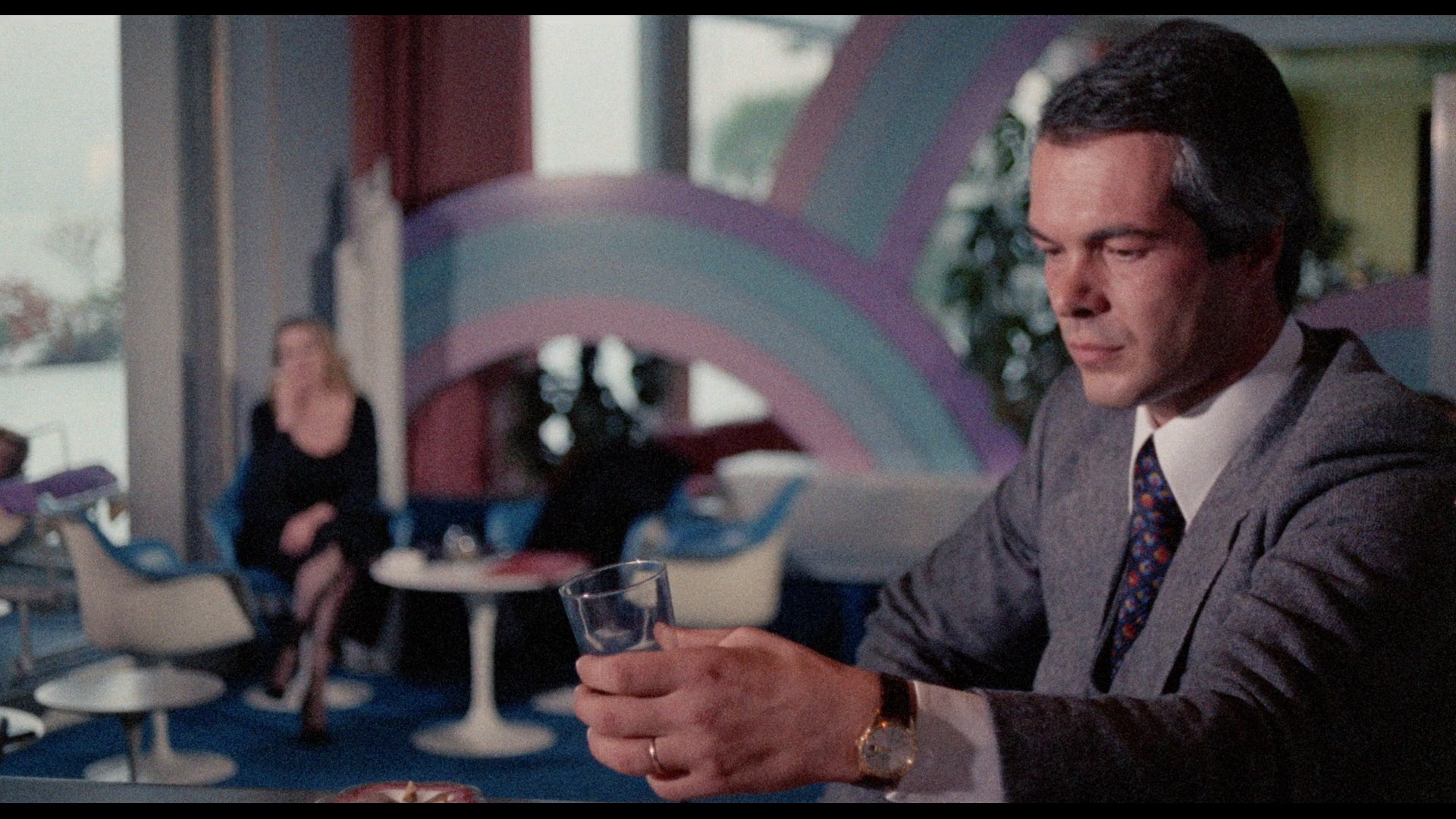 most irresistibly lurid titles in exploitation history, Killer Nun (or according to the actual on-screen title, The Killer Nun) came near the waning days of the nasty nun cycle which had already asserted itself as one of the weirdest subgenres of the '70s. Though it's short on the usual rampant holy sister orgies you'd normally expect, the film doles out the sleaze thanks to the addition of heroin use, a few giallo-style murders, a trippy hallucination scene, and a truly startling cast including internationally popular Swedish sex bomb Anita Ekberg, now making some wildly unexpected choices in her middle age, and former Warhol it-boy Joe Dallesandro in a ridiculously thankless role.

At a very dramatic hospital for the elderly and insane, Sister Gertrude (Ekberg) is slowly cracking up and still showing signs of emotional turmoil and hatred from a sexual assault years before. No one suspects she might be going off the deep end, but indeed, Gertrude is acting out by shooting up in private, using the younger Sister Mathieu (Behind Convent Walls' Morra) as her sexual plaything and inflicting all kinds of petty distress on the patients. Oh, and sometimes she puts on normal street clothes, heads down the local bar, and bangs complete strangers after sucking down a pack of cigarettes. Meanwhile, someone's offing the patients in a gory fashion... but is Gertrude far enough around the bend to be the culprit?

Kicking off with a text card claiming this is based on a true story (yow!), Killer Nun certainly stands out as a rare giallo/nunsploitation hybrid and manages to deliver 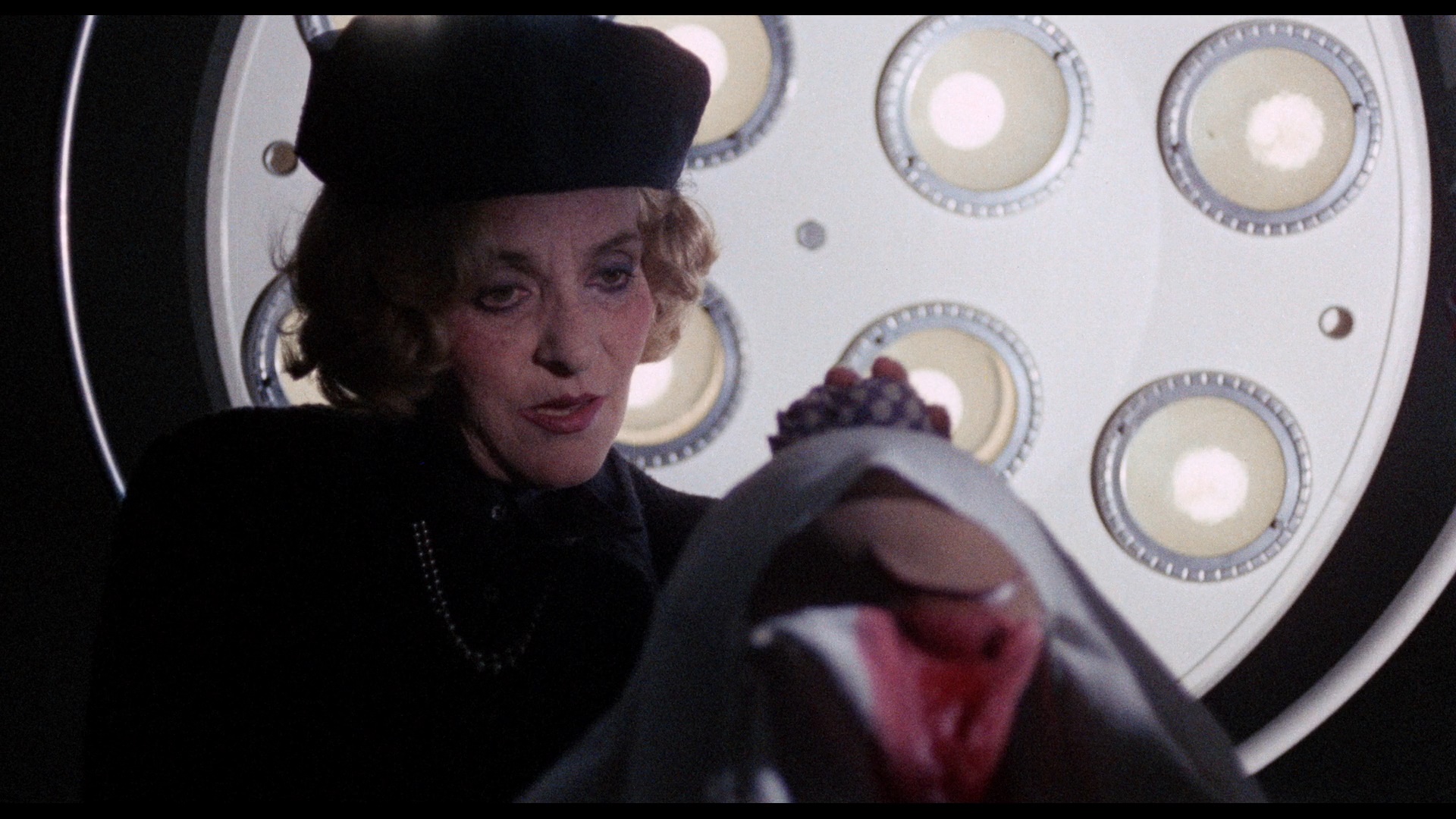 an attention-getting bit of sexy 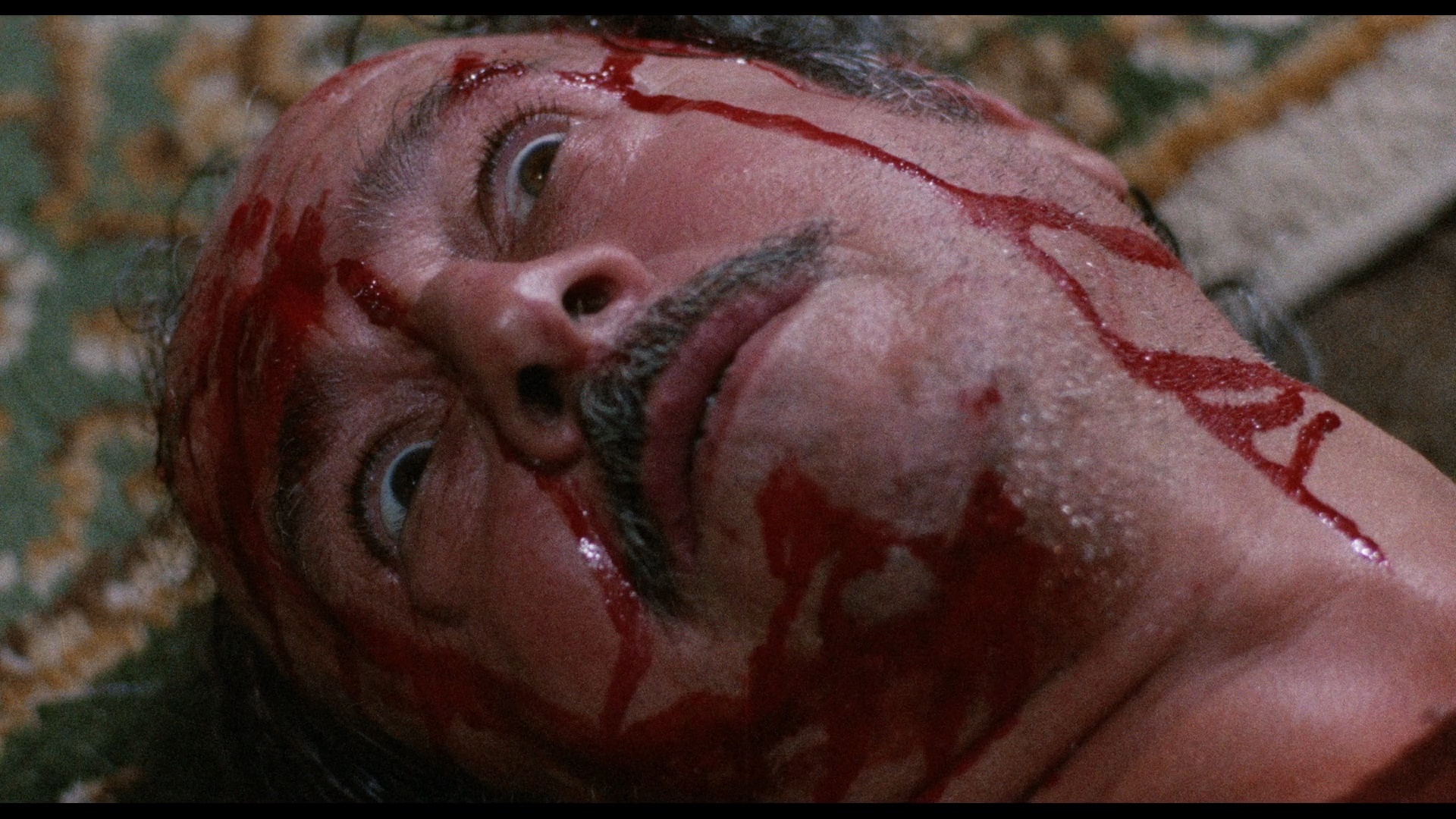 sleaze or violence every five minutes or so, including a nasty bit involving a scalpel that landed this on the Video Nasties list back in the '80s and a squirm-inducing rainy sex scene that probably killed the libidos of anyone expecting the usual hot 'n' nasty softcore nun action they probably expected. It doesn't really all gel together and ultimately pays off with an oddly understated twist ending, but the benefits should be worth it along the way: nudity, blasphemy, psychedelia, sleaze (including a clothed sex scene with Ekberg and porn actor Brunello Chiodetti), and a whacked-out psychedelic score by Alessandro Alessandroni who also performed similar duties on The Devil's Nightmare.

After years of underground swapping on the gray market thanks to a Japanese-subtitled English release on VHS, Killer Nun first hit American shores in 2004 on DVD from Blue Underground. The adequate but somewhat dreary-looking transfer of the English-dubbed version (complete with a couple of subtitled Italian-language scenes never completed in English) also comes with the theatrical trailer, a poster and still gallery, and an interview with director and co-writer Giulio Berruti, "From the Secret Files of the Vatican," in which he discusses his intentions for the film, bringing Ekberg aboard, and the whole true story claim, though not in great detail. Three years later it was released complete in the UK on DVD for the first time from Shameless, complete with a particularly ridiculous cover. The transfer here appears to be from the same source, but the selling point here is an exclusive interview with Ekberg covering everything from the film at hand to her star-making beginnings with Fellini.

Continuing Blue Underground's highly unpredictable slate of Blu-ray upgrades, Killer Nun made the jump to HD in 2012. Definitely not as soft, drab, or blown out as its standard def predecessors, it's a reasonable presentation with rich flesh tones and far less print damage, and all of the extras (including the gallery) have been ported over. However, it 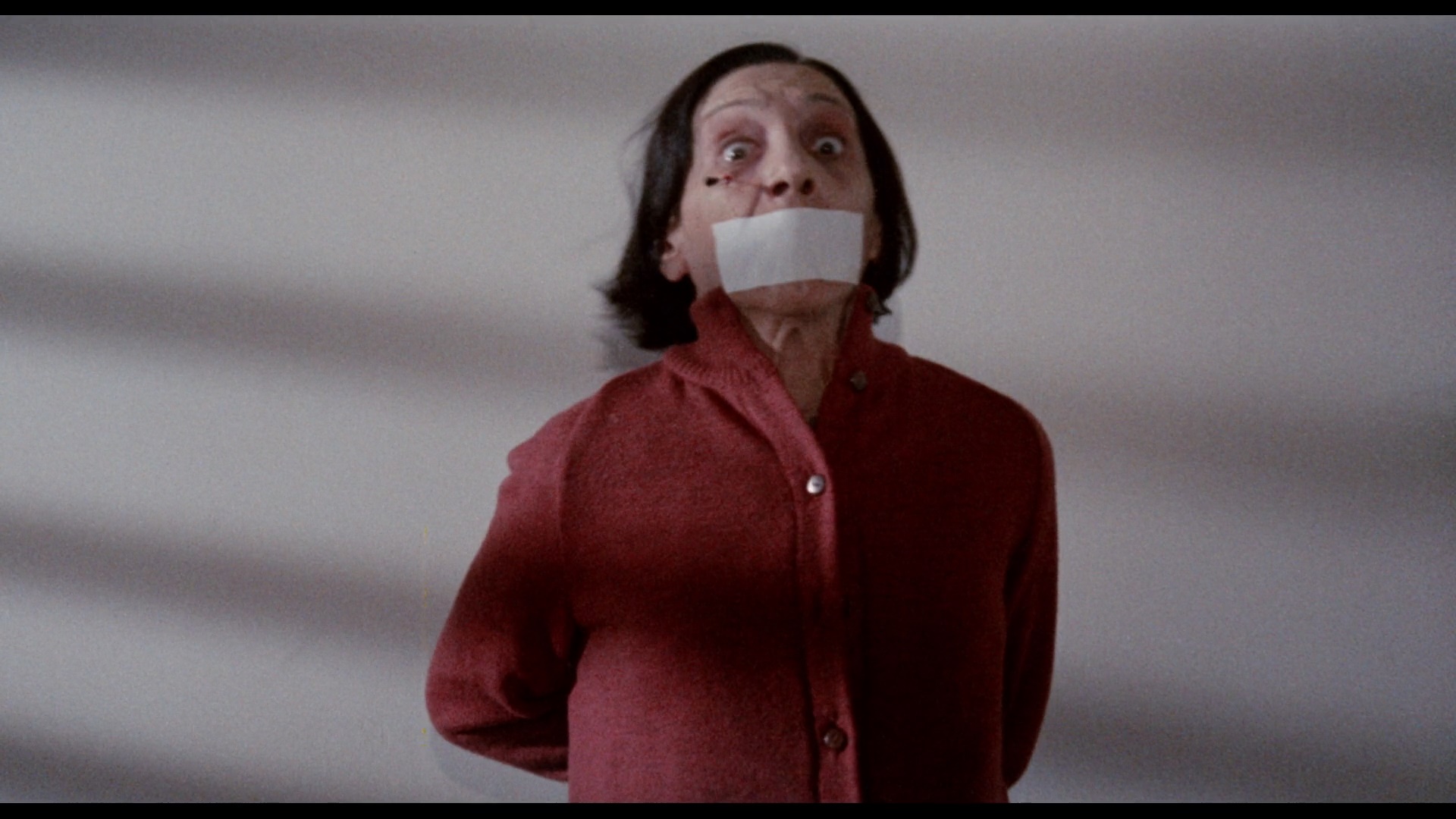 definitely has some of that aggravating scanner noise seen on several labels' Italian-sourced HD masters as with its immediate precursor on the market, Strip Nude for Your Killer. There's a fair 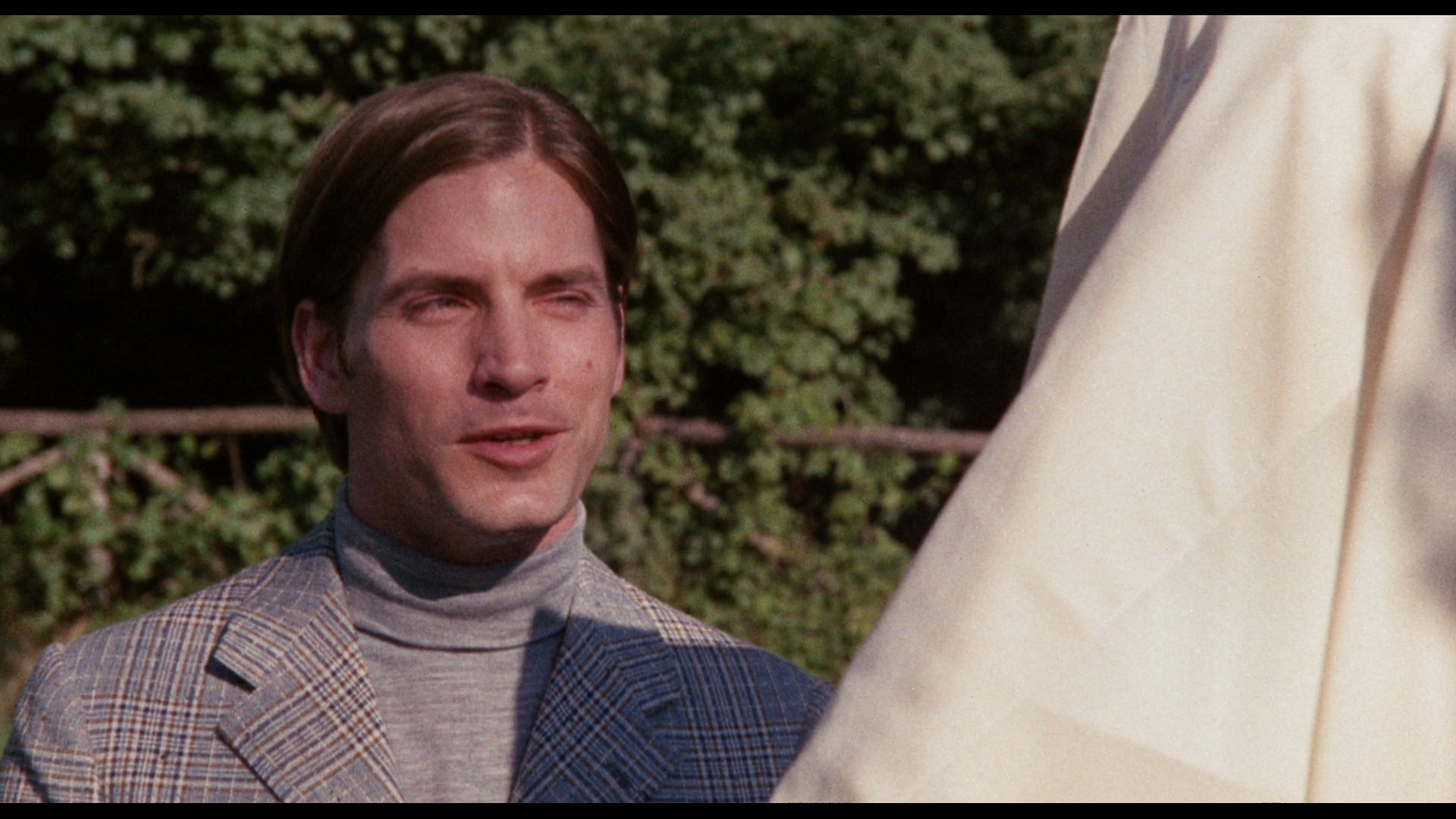 amount of what looks like normal film grain, but some scenes have an oddly processed veneer as well that teeters over into that odd digital watercolor effect. On the audio front as we finally, finally have the complete original Italian track (in DTS-HD mono like the English one), which is vastly preferable in every respect to the English dub. Several of the performers are speaking Italian in their original voices (including the always awesome Alida Valli in what amounts to an extended cameo), and the dialogue is far more polished and involving by comparison. There are also many, many more extra lines in the Italian version, too, when characters are speaking offscreen, and thankfully English subtitles are available both as SDH for the English dub and a straight translation from the Italian one. Additional subtitles are also presented in French and Spanish if you want to learn how to say a lot of bilingual Catholic jargon.

In 2019, Arrow Video gave the much a well-deserved visual overhaul with an American Blu-ray featuring a new 2K restoration from the original camera negative. That pesky scanner noise is now obliterated, thankfully, replaced here with natural film grain and more convincing textures throughout. More image info is also visible on the sides and, unlike the earlier transfer, it isn't windowboxed. The usual English and Italian audio options are providing in LPCM 1.0 mono tracks with optional English translated or English SDH subtitles, and the opening and closing credits adjust accordingly depending which version you select. (The running times also vary due to the different credit lengths.) Interestingly, the English version here has a slightly different opening with producer Enzo Gallo's credit appearing over a black screen rather than being superimposed on the opening shot. A new audio commentary with " Italian genre film connoisseurs" Adrian J. Smith and David Flint dive right in chatting about the 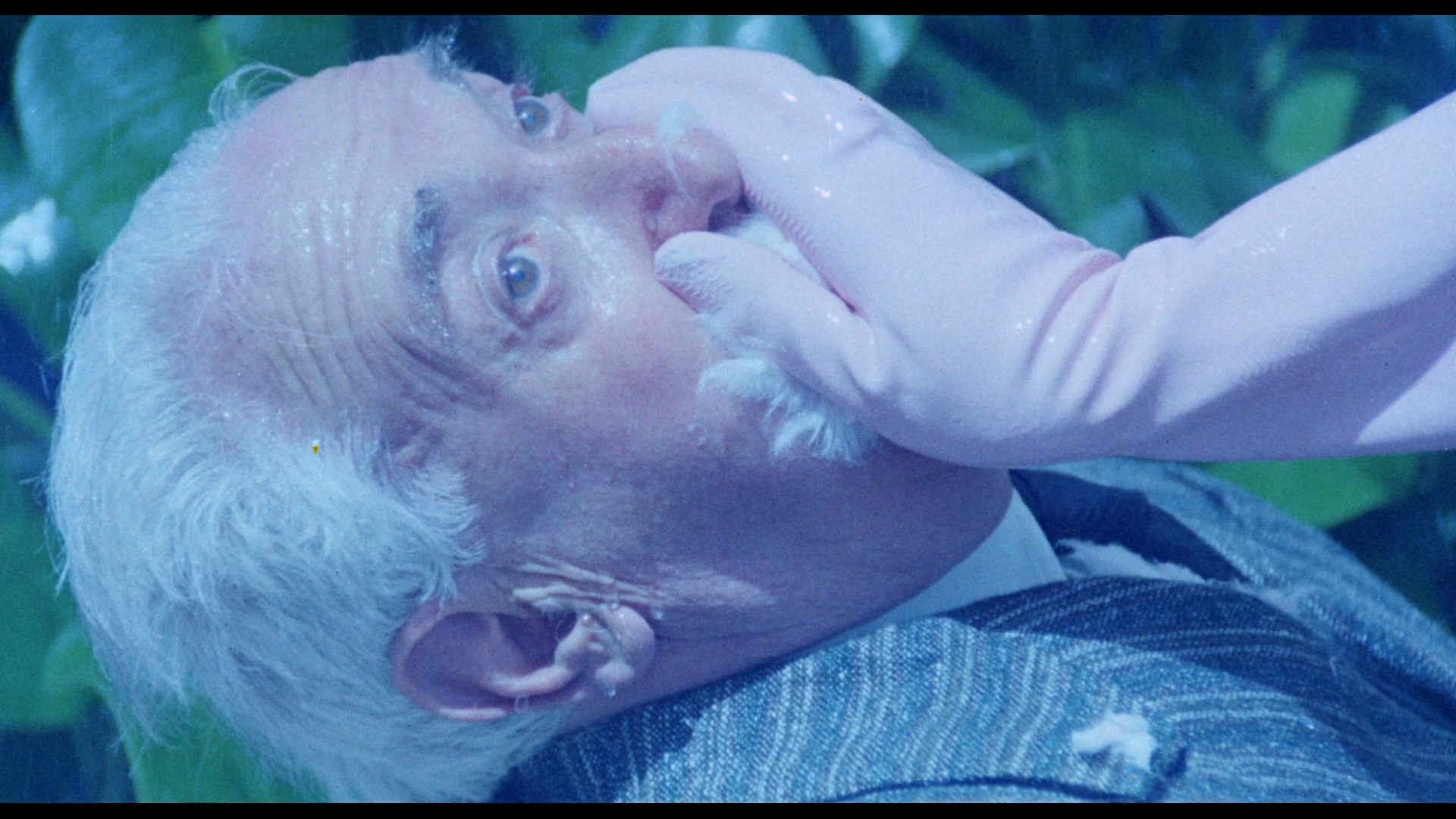 factual inspiration for the story (which happened in Belgium), the issues with labeling this as nunsploitation, the ins and outs of the cast and crew, the elements of classic melodrama, and more. The 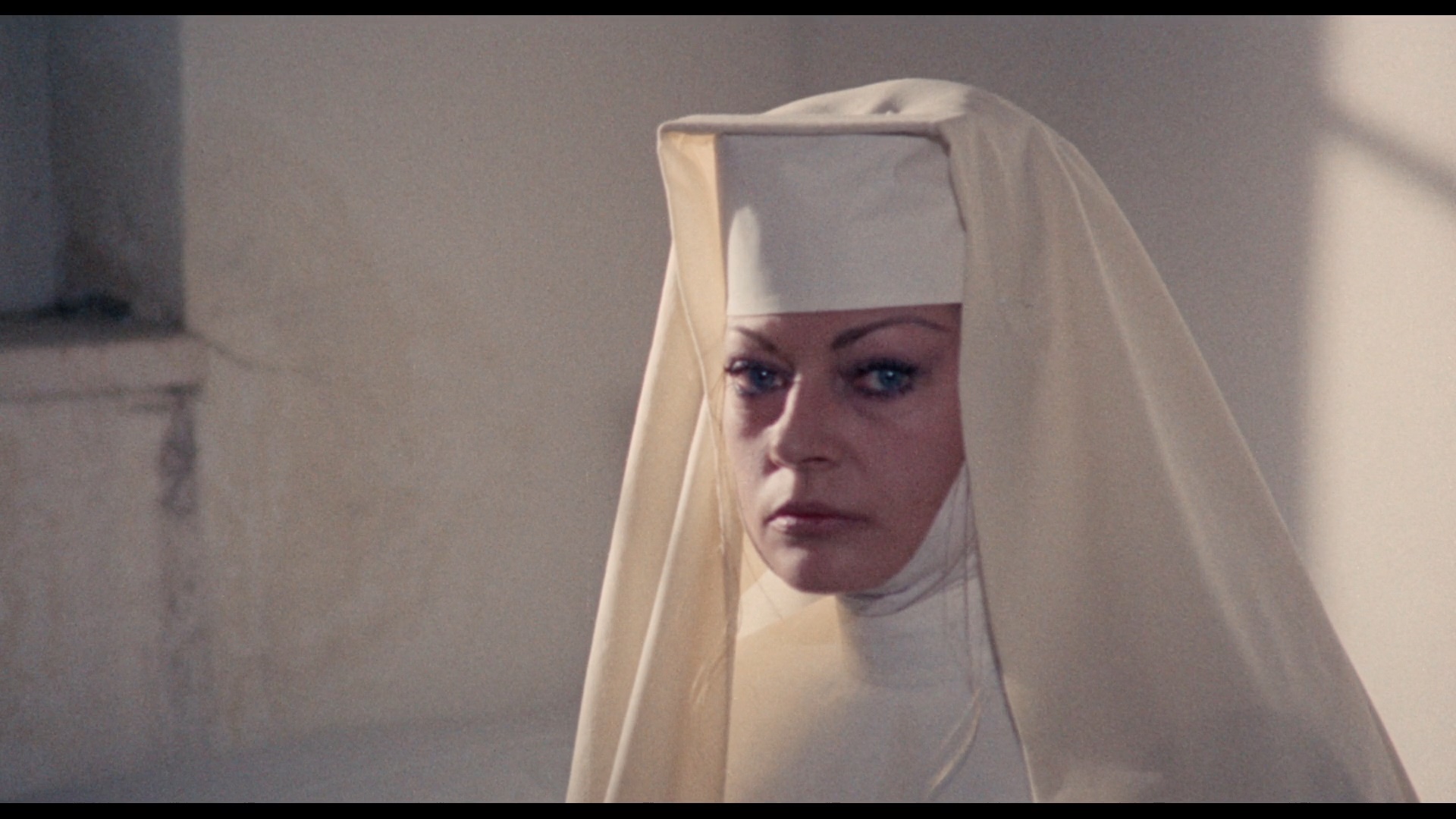 Nucleus Films-produced "Beyond Convent Walls" (29m19s) is a video essay by Kat Ellinger charting the history and appeal of the nunsploitation craze from its literary genesis onward including this "wild card" entry and its subversion of expected exploitation elements. (Note that the volume on this one is much louder than the rest of the disc, so take care if you're wearing headphones.) A new interview with Berruti, "Our Mother of Hell" (51m51s), is a very thorough account of his career from early television gigs through the origins of this film's script and his memories of the cast including the cooperative but "cold" Dallesandro and the rapid, half-day shoot for all of the hard-drinking Valli's scenes. Then editor Mario Giacco appears for "Cut and Noise" (20m31s) to chat about his own entry in the business thanks to a fortuitous ad and his climb up the ladder as an assistant editor before going into a handful of memories about this film using tricks he'd learned on earlier projects like Baba Yaga and an increasing fascinating with sound editing and special effects. He also touches on some of later work, particularly A Blade in the Dark. Finally, "Starry Eyes" (23m47s) catches up with actress Ileana Fraia for an overview of her lifelong gravitation to acting with a path running through various TV productions for RAI and work as a dubbing artist on the way to this film, for which she wished she had a more prominent role than the distraught lunatic she plays here. Also included are the English and Italian theatrical trailers (which are identical apart from the language difference) and a gallery (3m40s) of international poster art and lobby cards, while the disc comes with reversible sleeve options including a new cover design by Daryl Joyce. 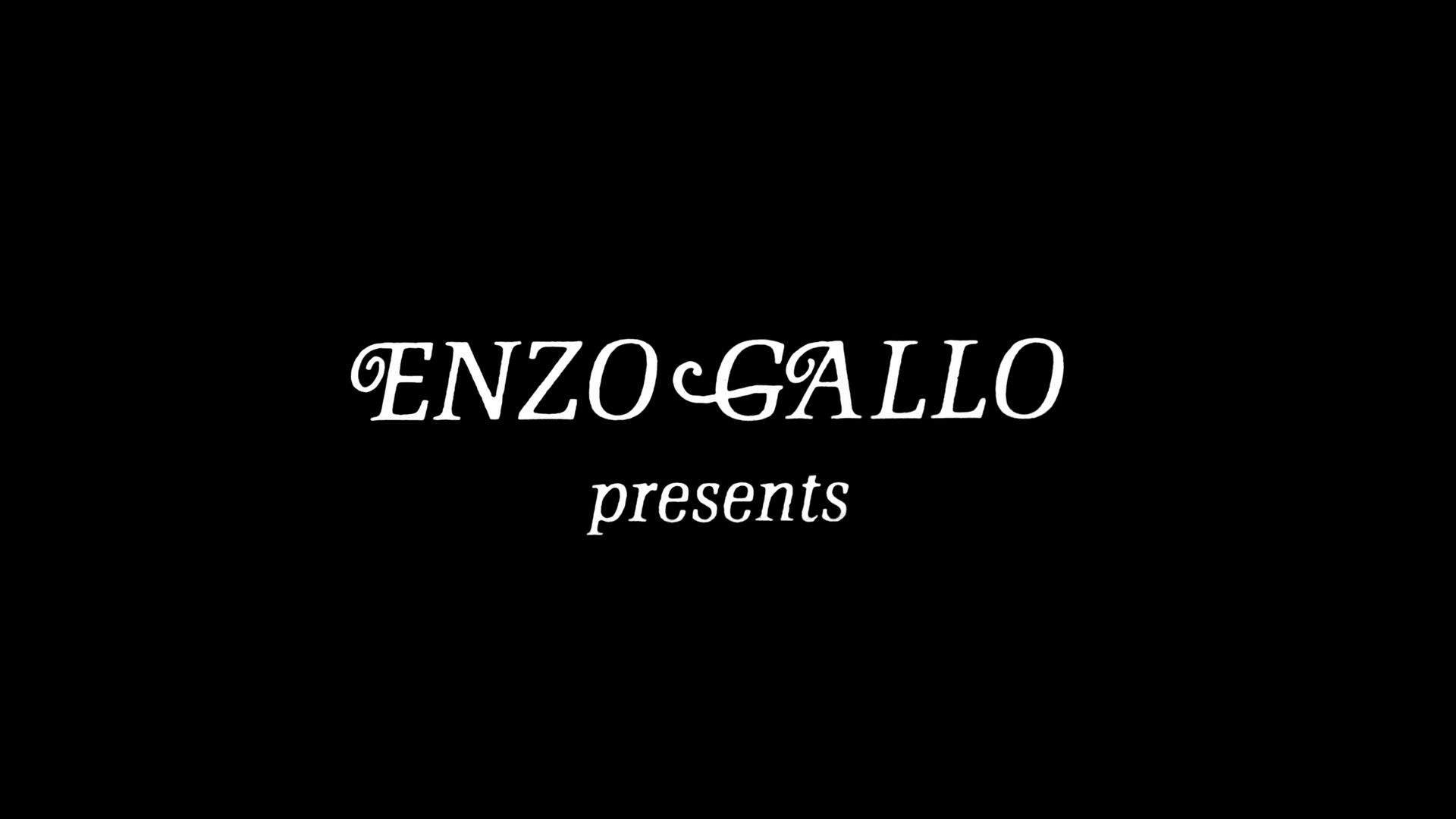 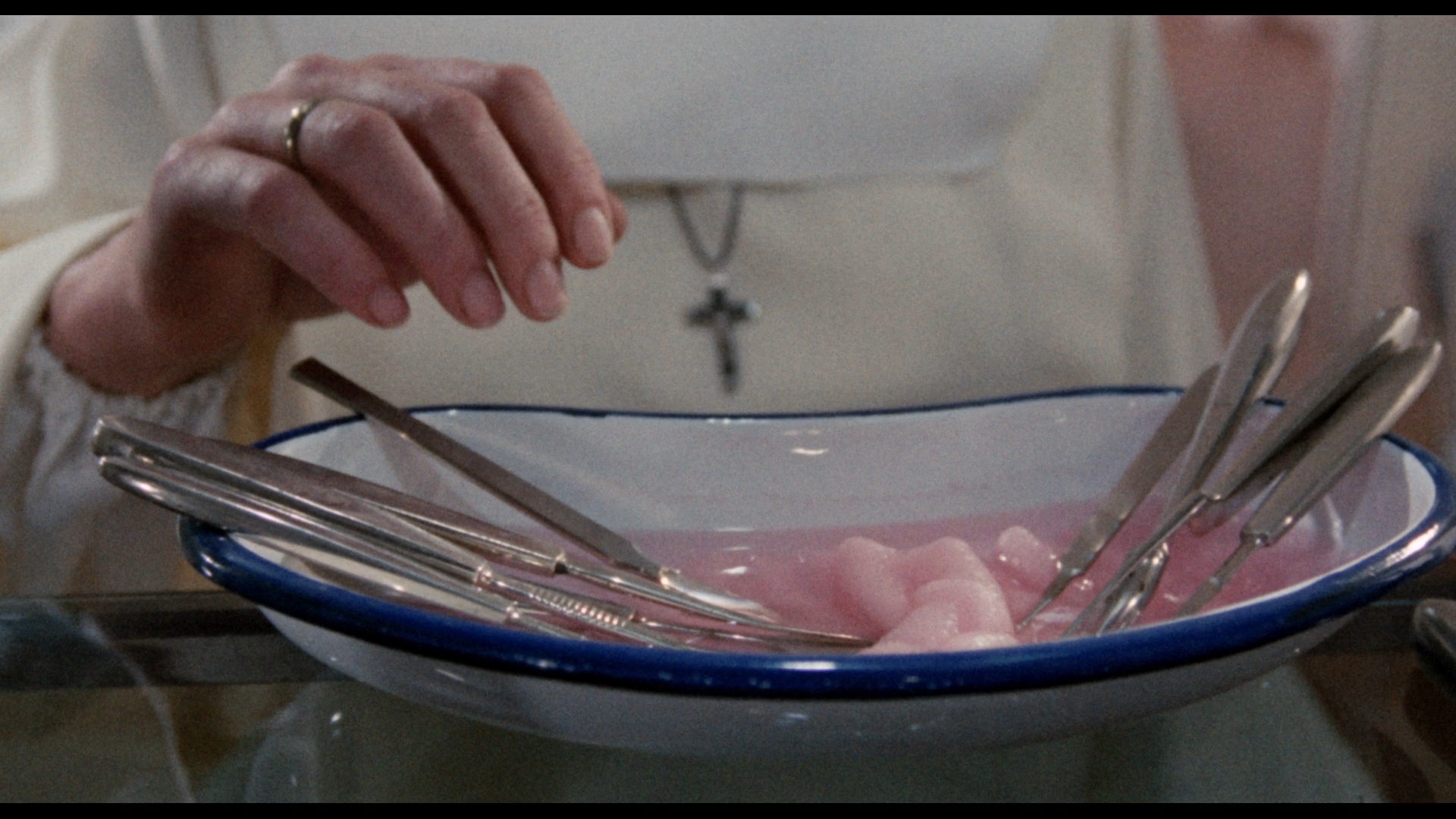 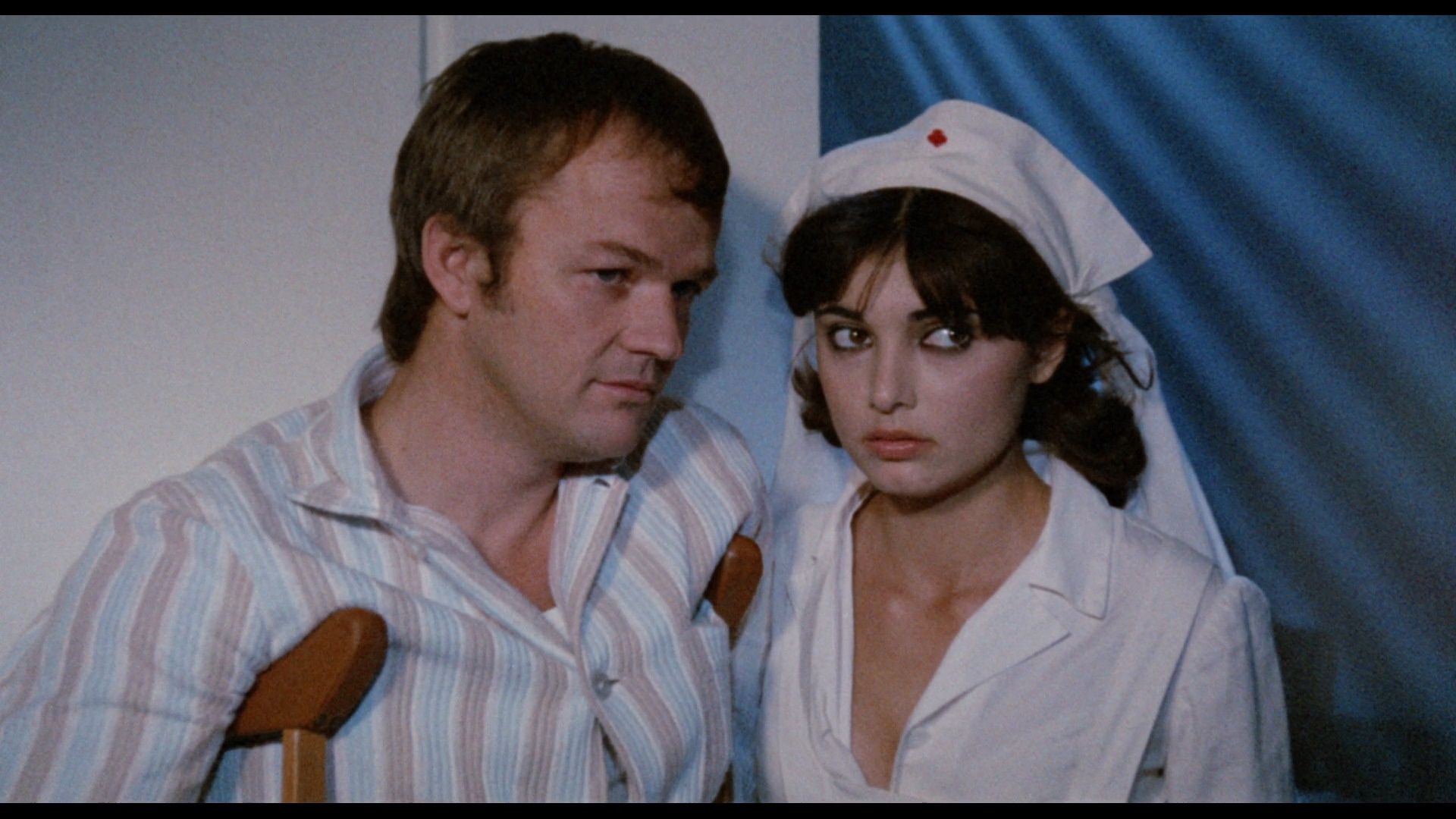 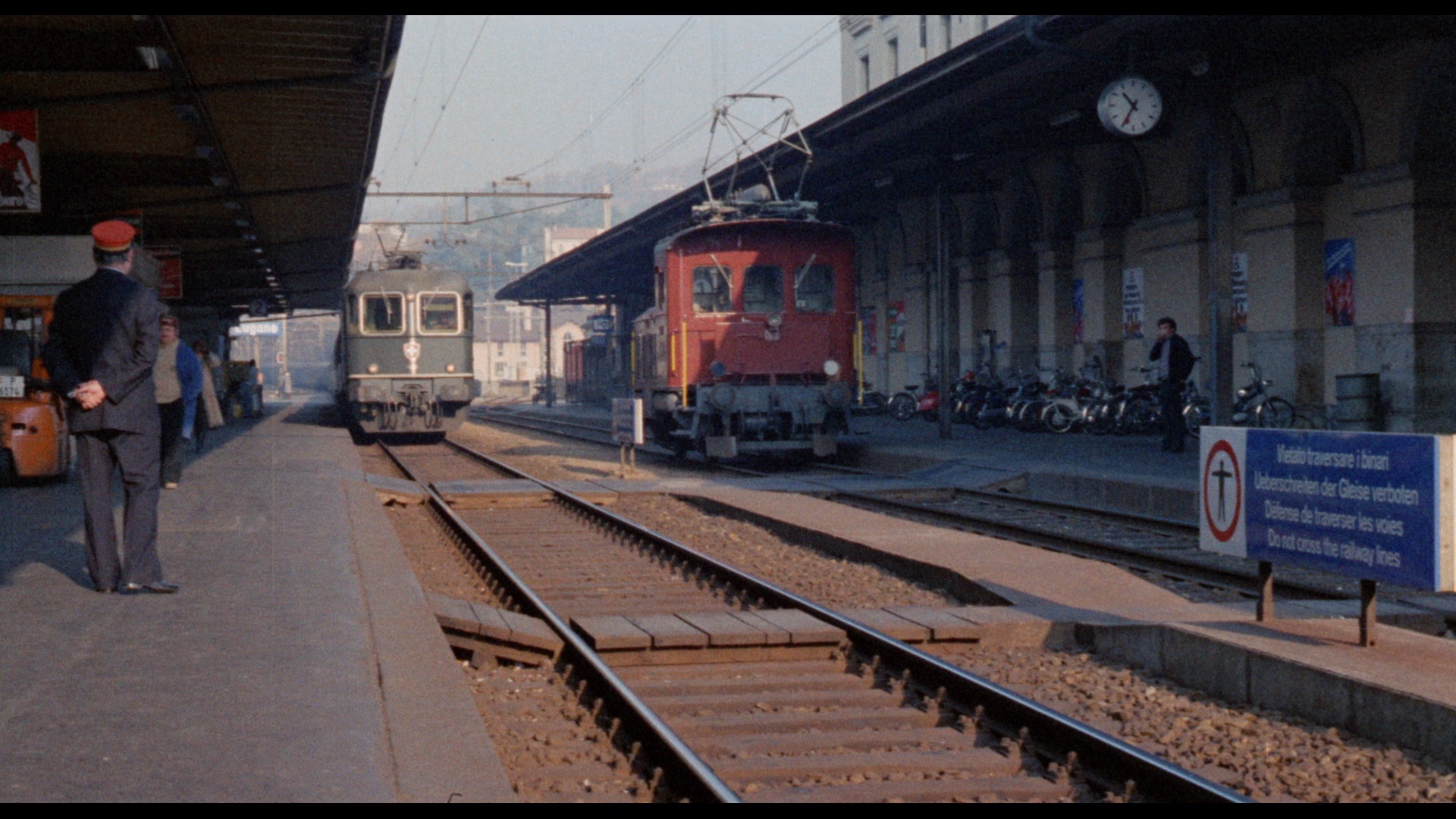 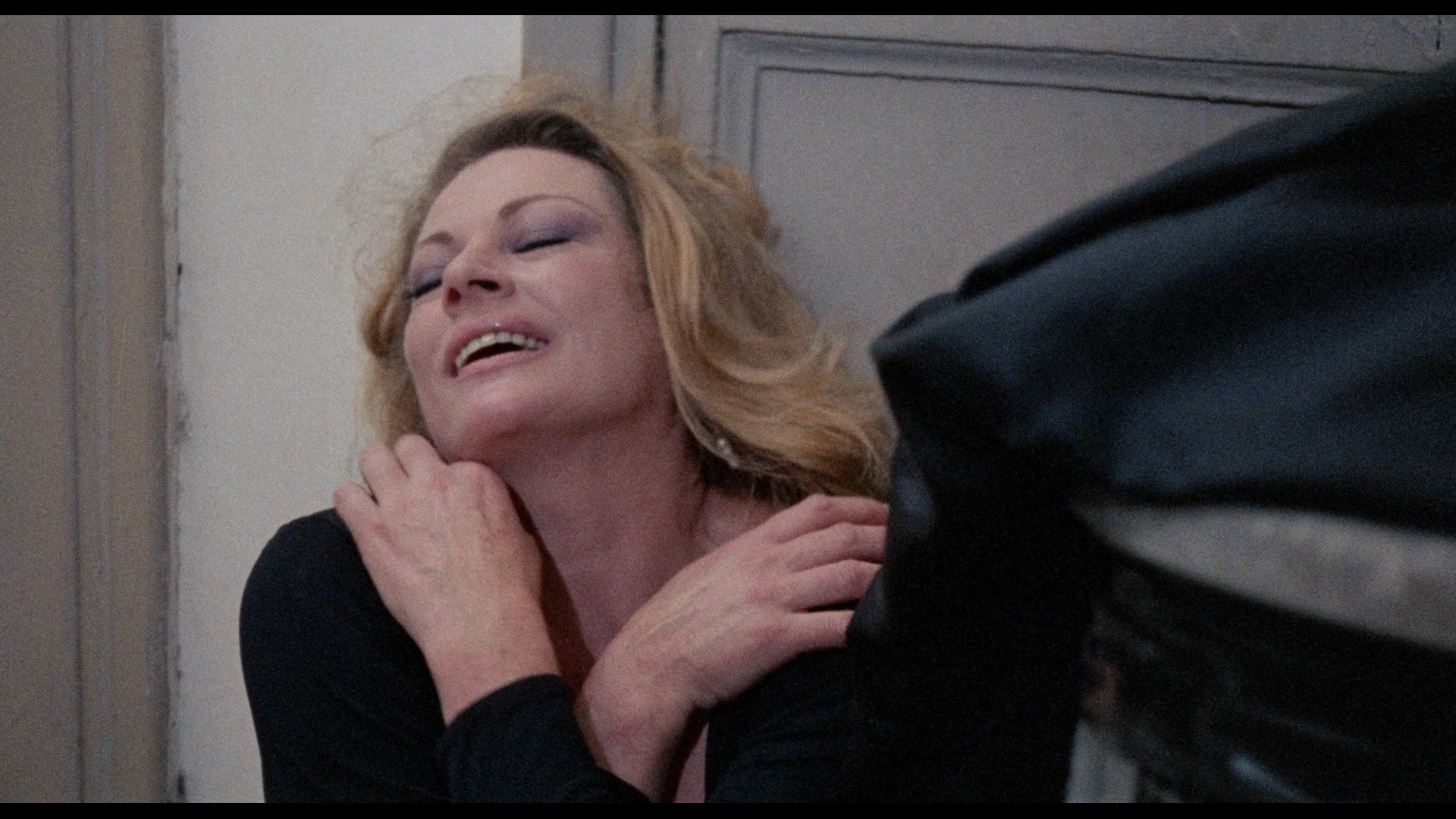 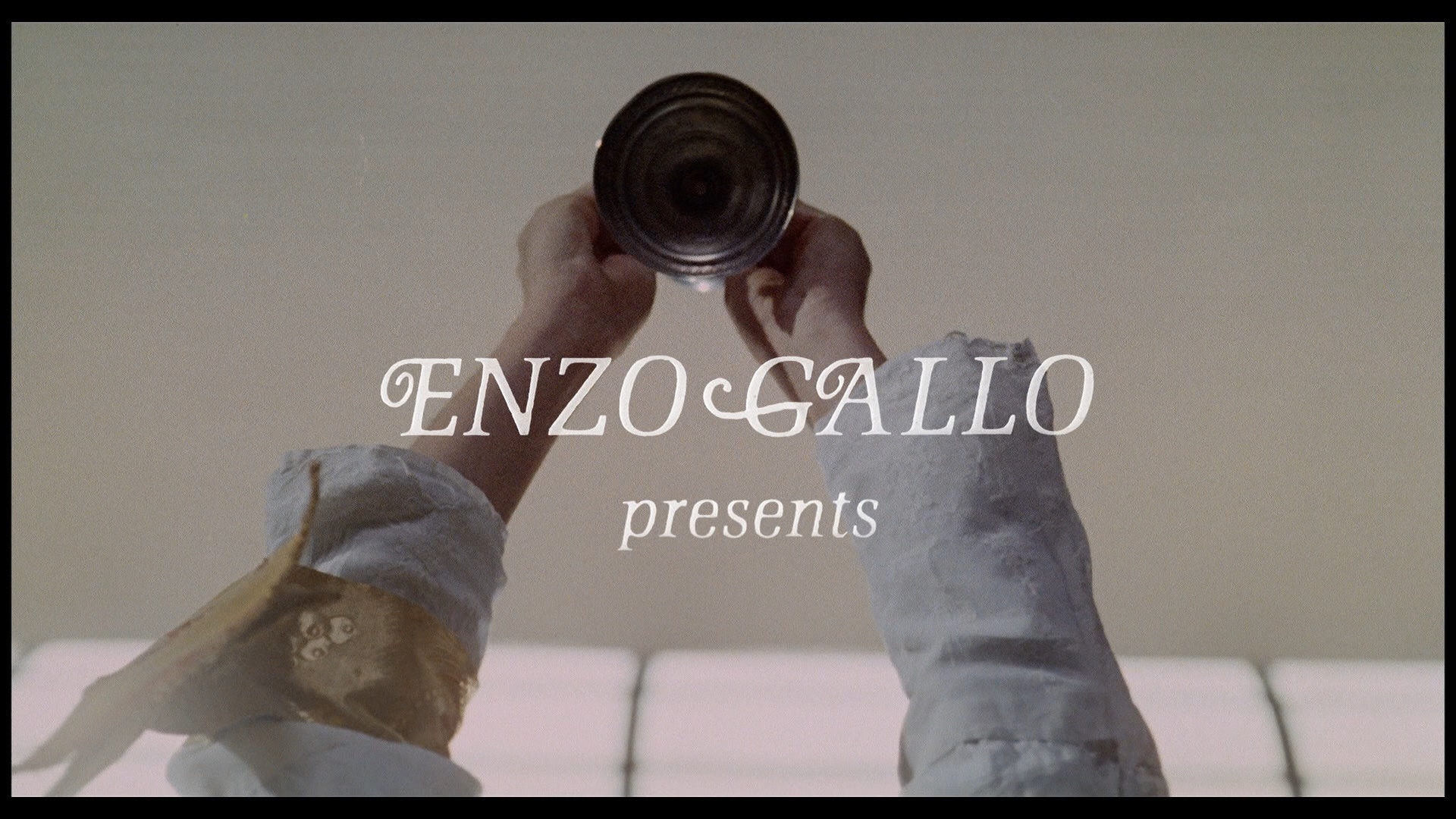 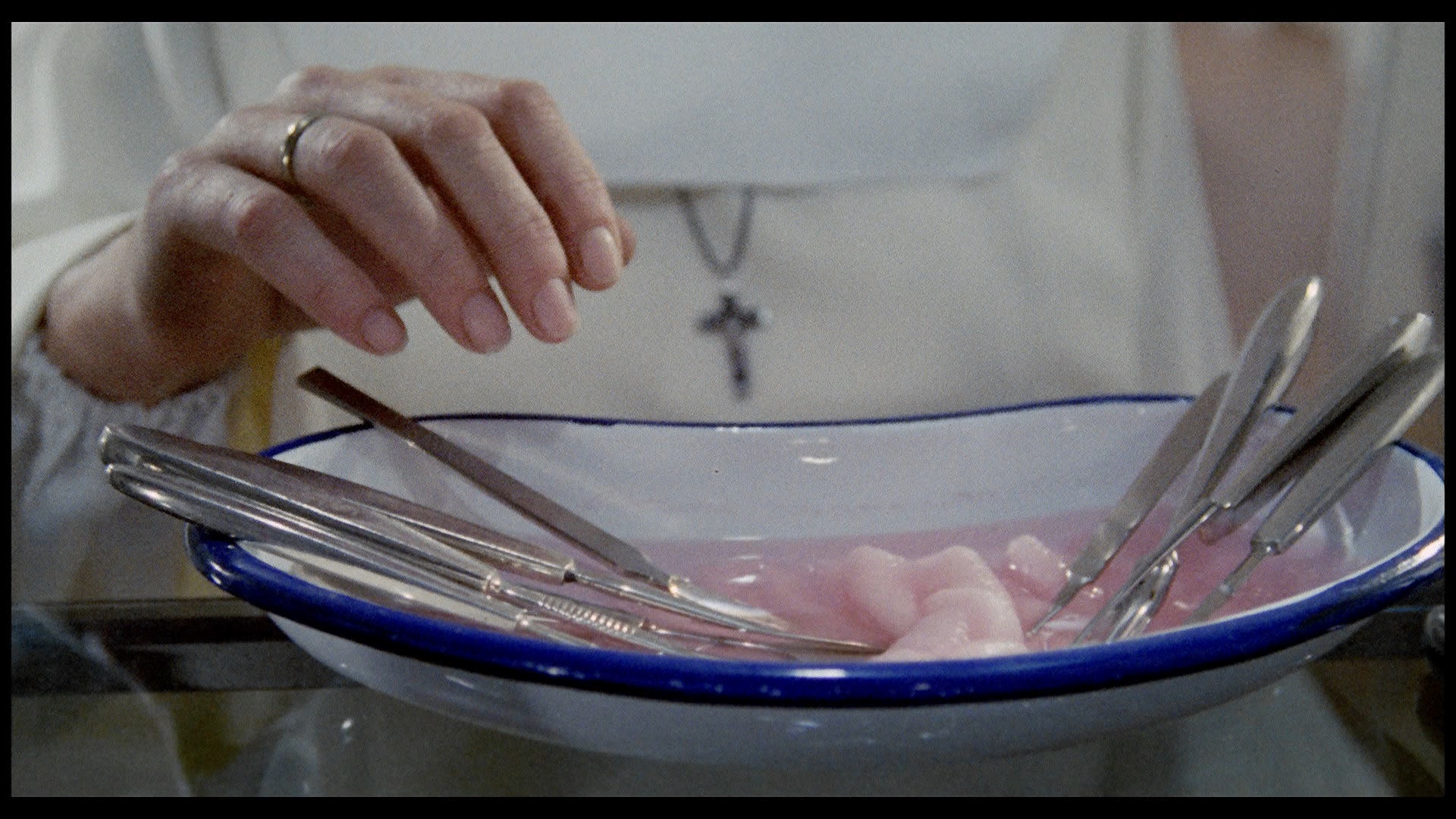 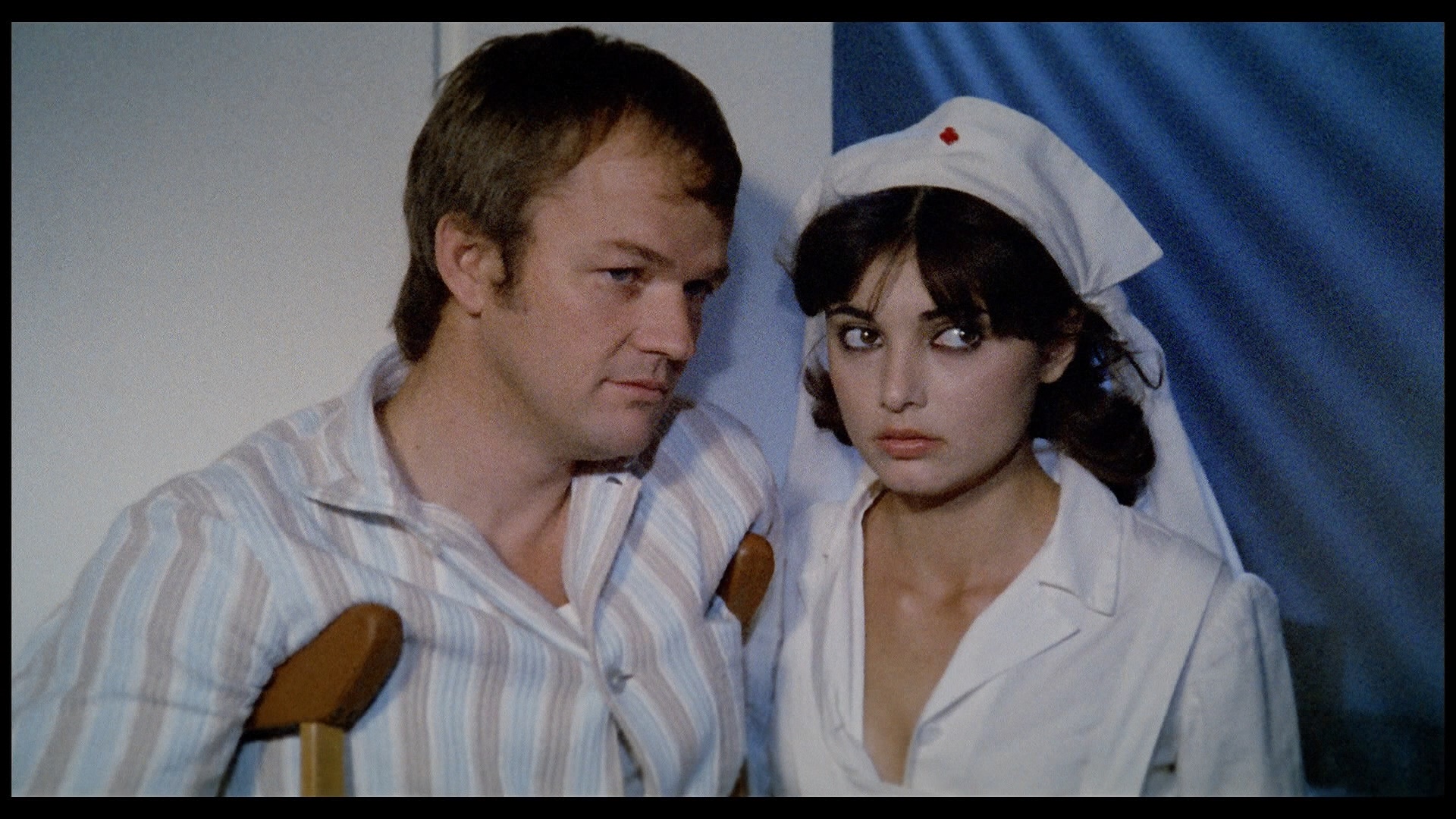 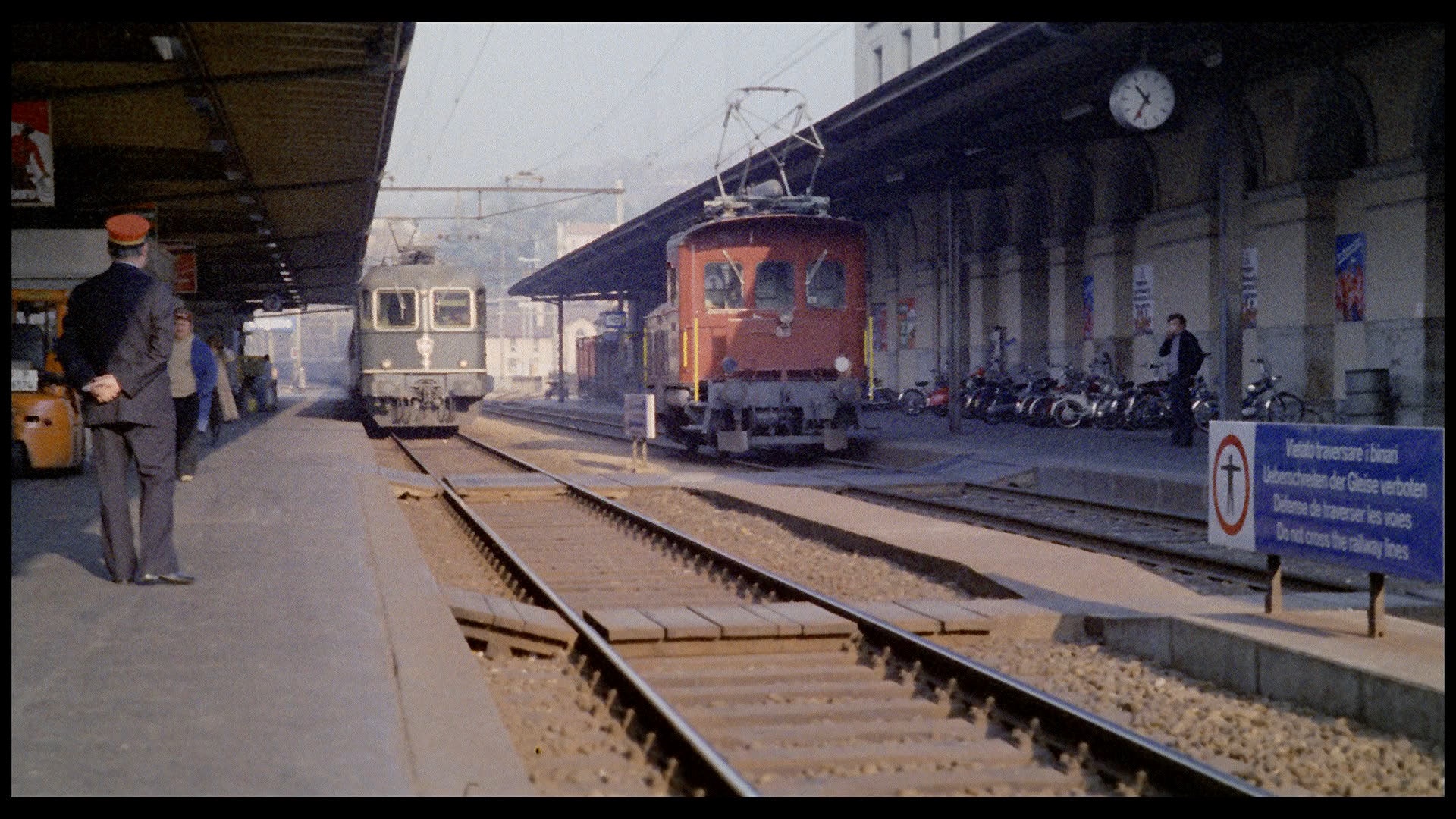 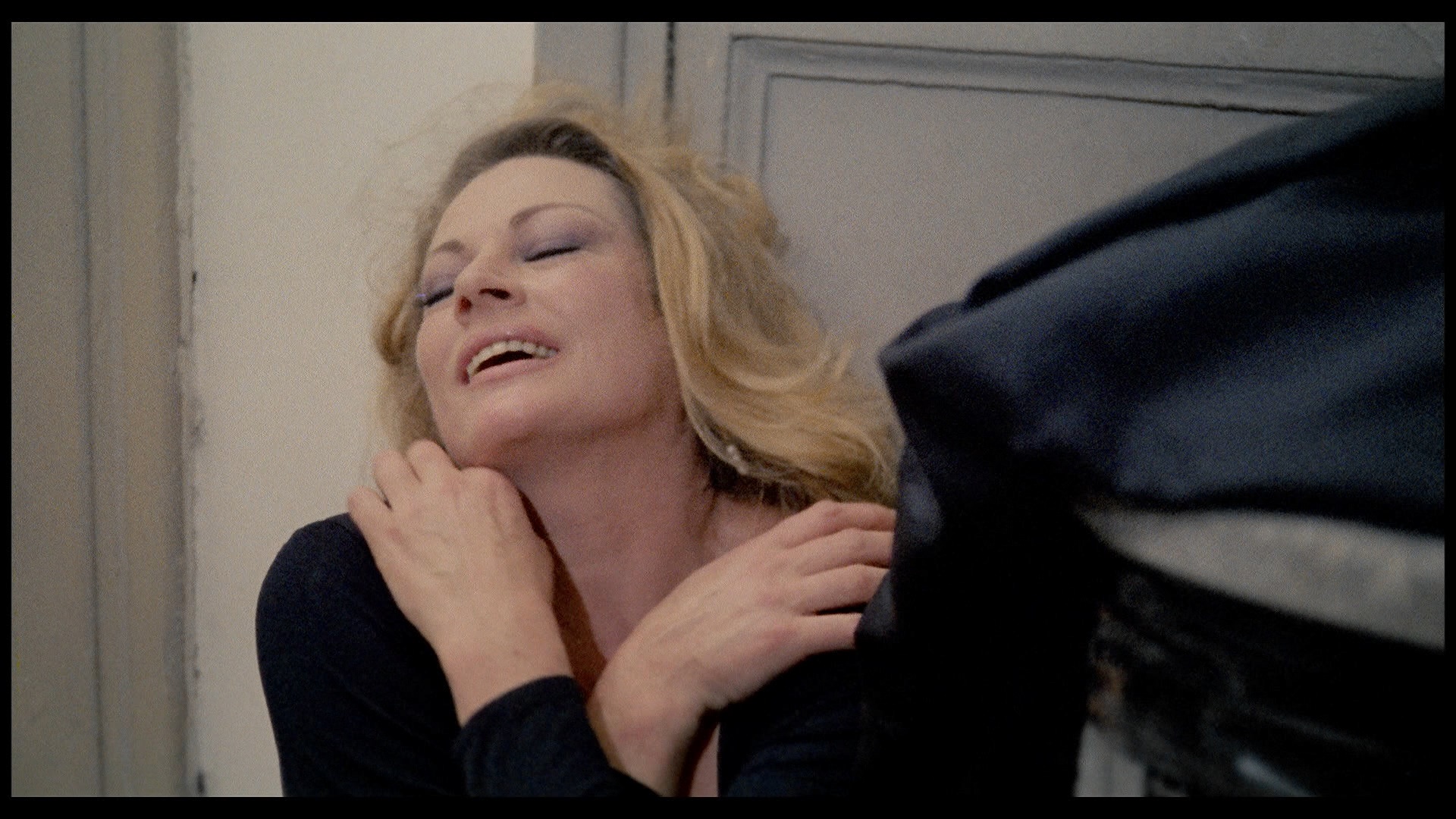