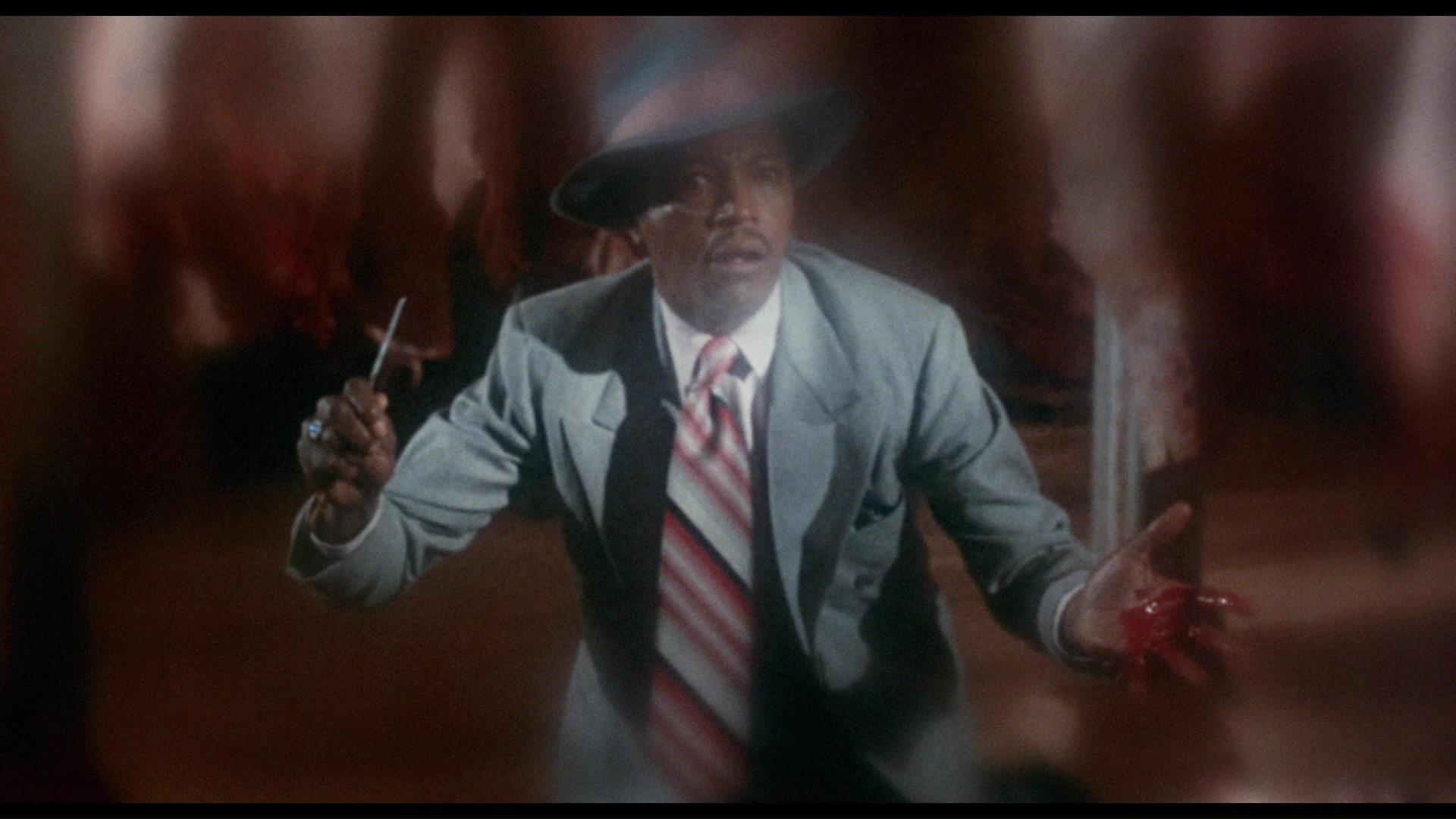 "revenge" of this odd genre hybrid's title applies to 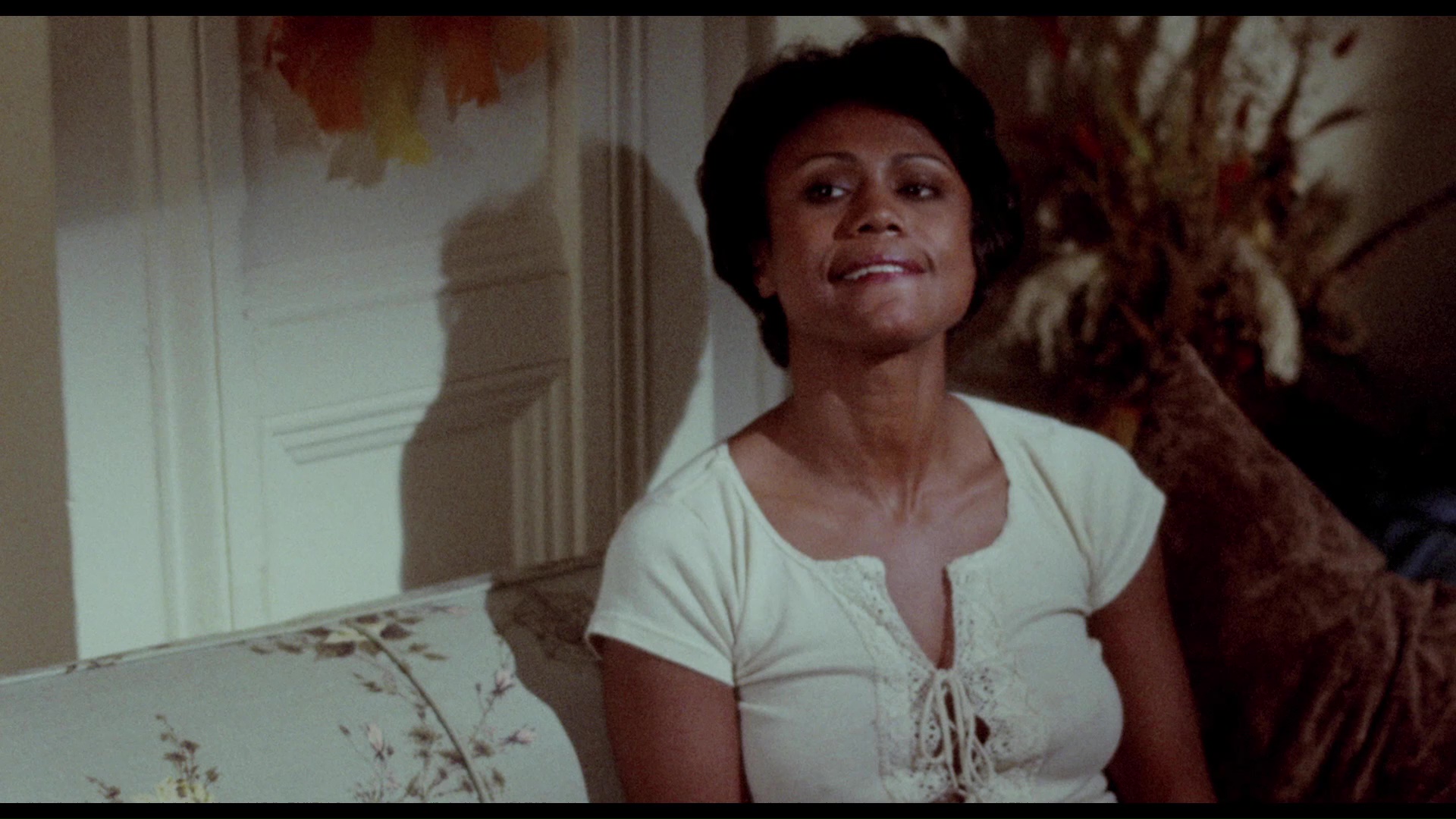 J.D. Walker, a vicious gangster gunned down in the opening soft focus prologue. Cut to a 1970s college campus where sweet, innocent law student Ike (Cooley High's Turman) passes his time by playing football in the quad and earning some extra cash by driving a cab. His stress might be relieved by a little hypnosis therapy at a strip club(!), but unfortunately this procedure causes J.D's spirit to possess Ike and send him on a devilish spree through town. When he's not too busy hitting on the honeys at local New Orleans dives or causing mayhem with his handy straight razor, Ike/J.D. decides to exact a little vengeance on the holier than thou preacher, Reverend Bliss (Gossett, Jr.), who has some guilty ties to J.D.'s past.

Though released at the height of the blaxploitation trend, J.D.'s Revenge is surprisingly low on exploitative elements and makes along at a nice clip thanks to director Arthur Marks (Detroit 9000). The premise was obviously designed to cash in on the string of possession films initiated by The Exorcist, but Marks (almost) always takes the high road and avoids the overt bodily horror and campy profanity usually found in its ilk. Instead this is more of a traditional ghost story, tweaked a bit for '70s audiences and carried off by a surprisingly sincere cast. Unfortunately J.D. may disappoint much of its target audience in this respect, as the horror elements are very weak tea indeed. From this standpoint, Curtis Harrington pulled off the same possession by gangster idea with a lot more panache the following year with Ruby, which also shares a nearly identical opening and a similar nostalgia-washed visual texture. Oddly, the T&A actually outnumbers the violence by far, 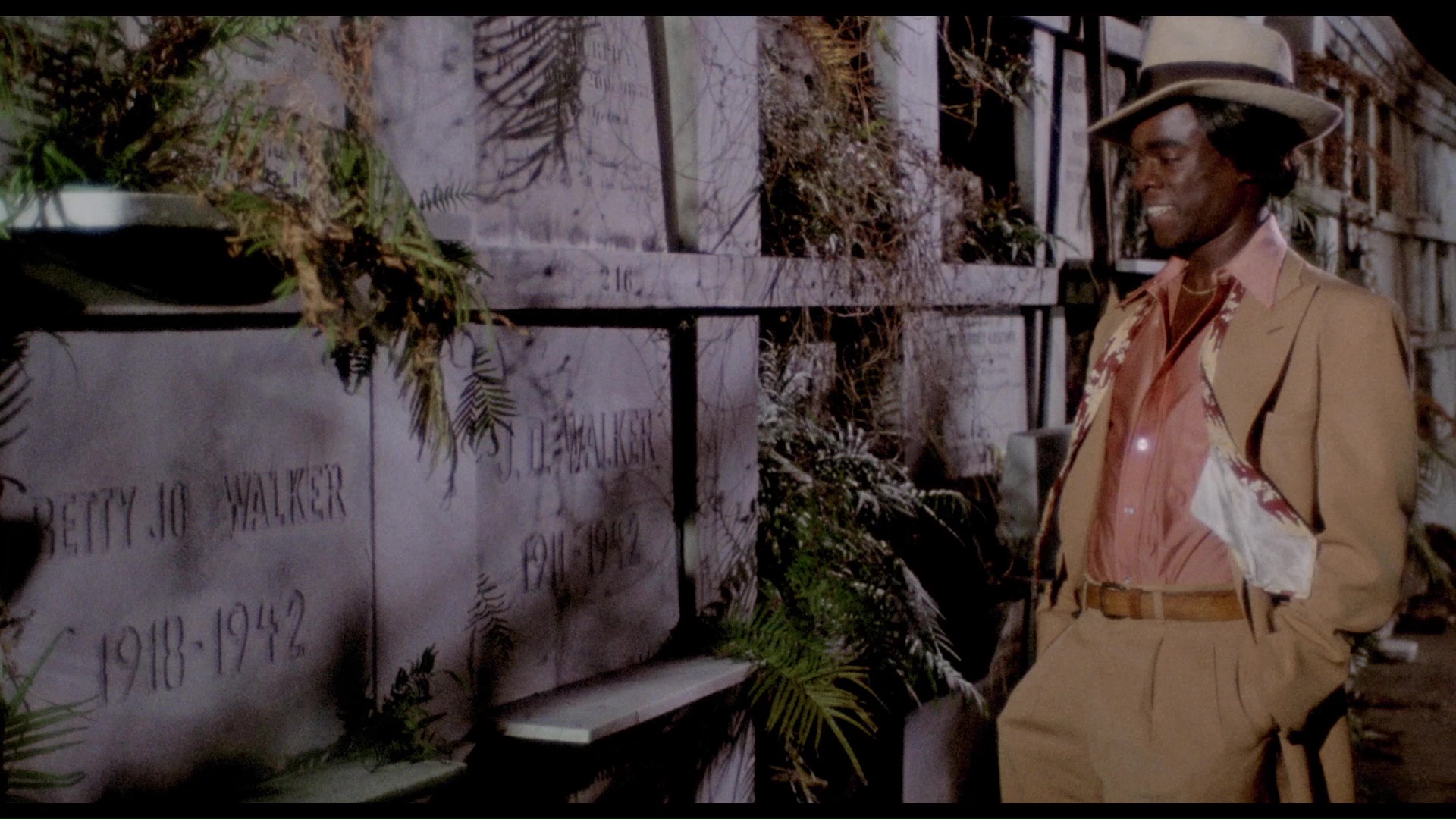 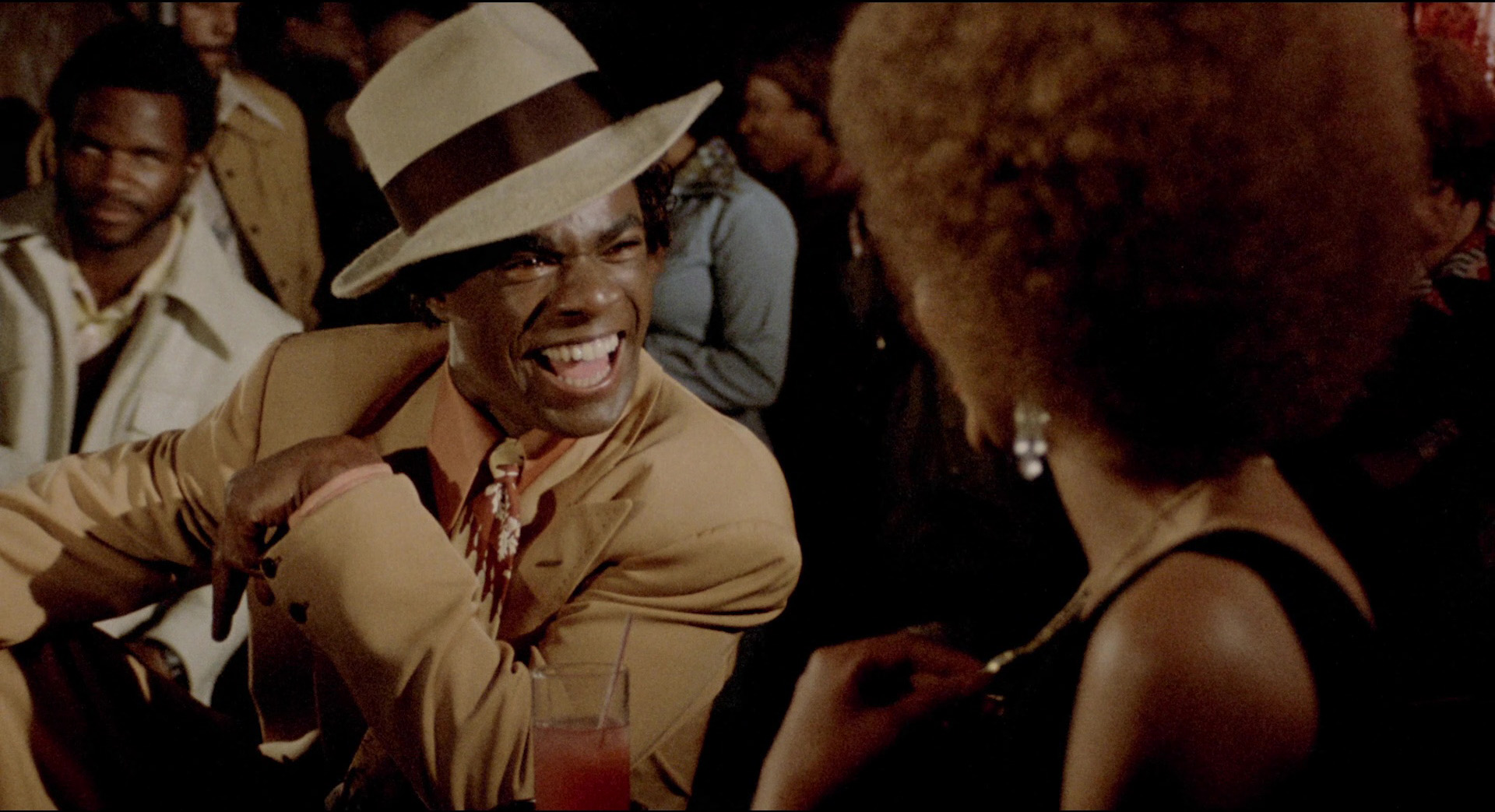 justify the unusual feel-good ending. At least blaxploitation fans are sure to get a charge out of J.D.'s antics, which include some come-on lines perfectly designed for answering machines or computer sound bites. And what would an AIP black film be without a groovy theme song, in this case Robert Prince's "I Will Never Let You Go."

Originally released on VHS by Orion (and briefly on laserdisc through Image), J.D.'s Revenge has long accompanied its better known AIP ilk like Foxy Brown and Marks' Friday Foster on the home video market. MGM continued the trend by issuing the DVD in 2001 as part of its "Soul Cinema" collection, complete with artwork completely devoid of any horror elements. At least the presentation of the film itself is as good as one could expect at the time, finally offering the option of viewing the film in its unmatted, full frame aspect ratio or a sharper 16:9 enhanced, 1.85:1 matted alternative. The former makes for more roomy viewing compositionally, while the latter boasts more pleasing visuals and detail. Either way, you can't really lose. The mono sound is just fine, with substantially more bass than the flat Orion transfer. The only extra is the ghoulish theatrical trailer. 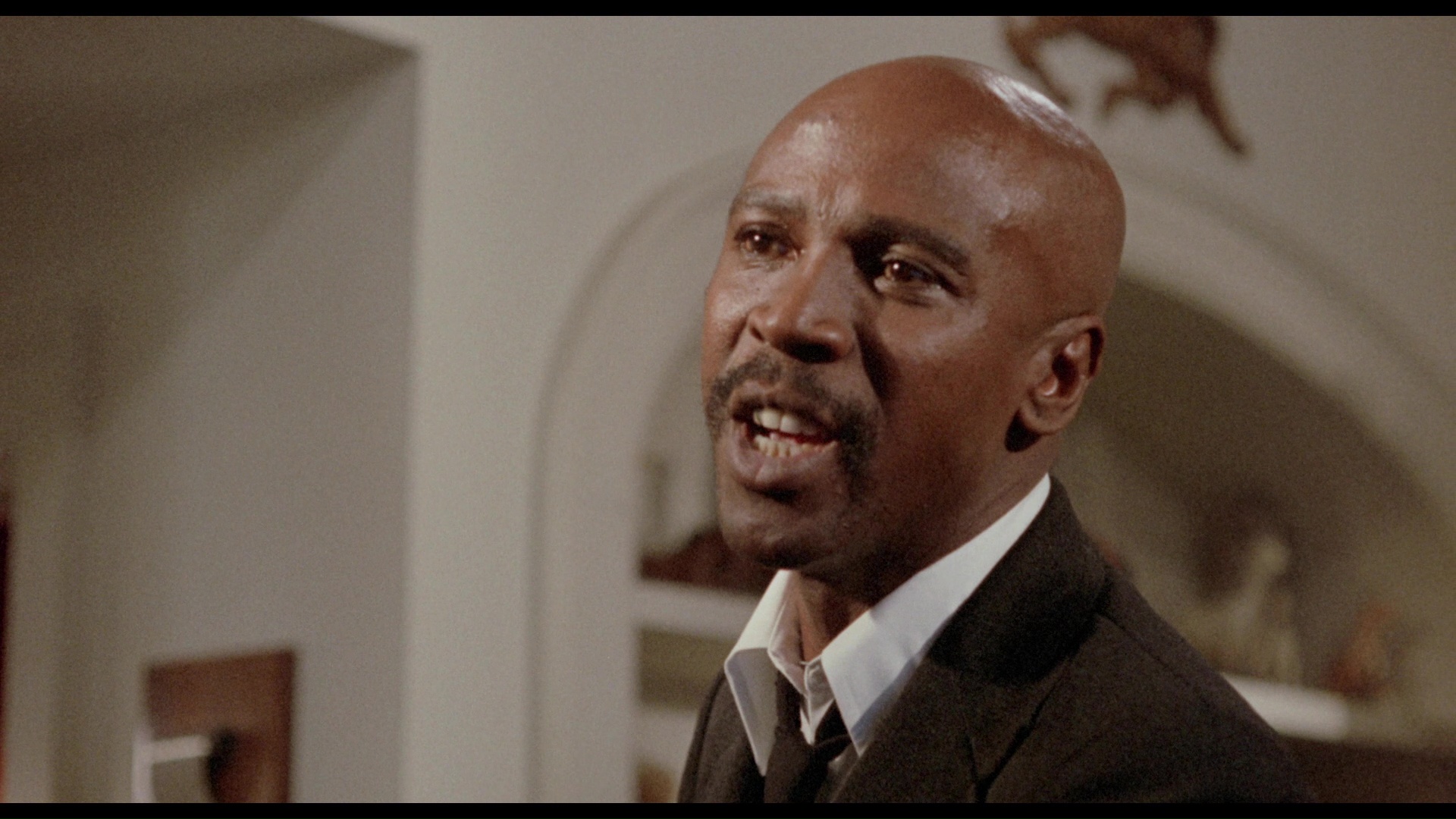 Video brought the film to Blu-ray in both the U.S. and U.K. with a new HD transfer from MGM, which manages to retain the grungy, sometimes ragged original look of the film while advancing detail and color presentation several notches over the DVD. The 1.85:1 framing option looks fine as well, and the LPCM English mono audio track sounds healthy with optional English SDH subtitles provided. 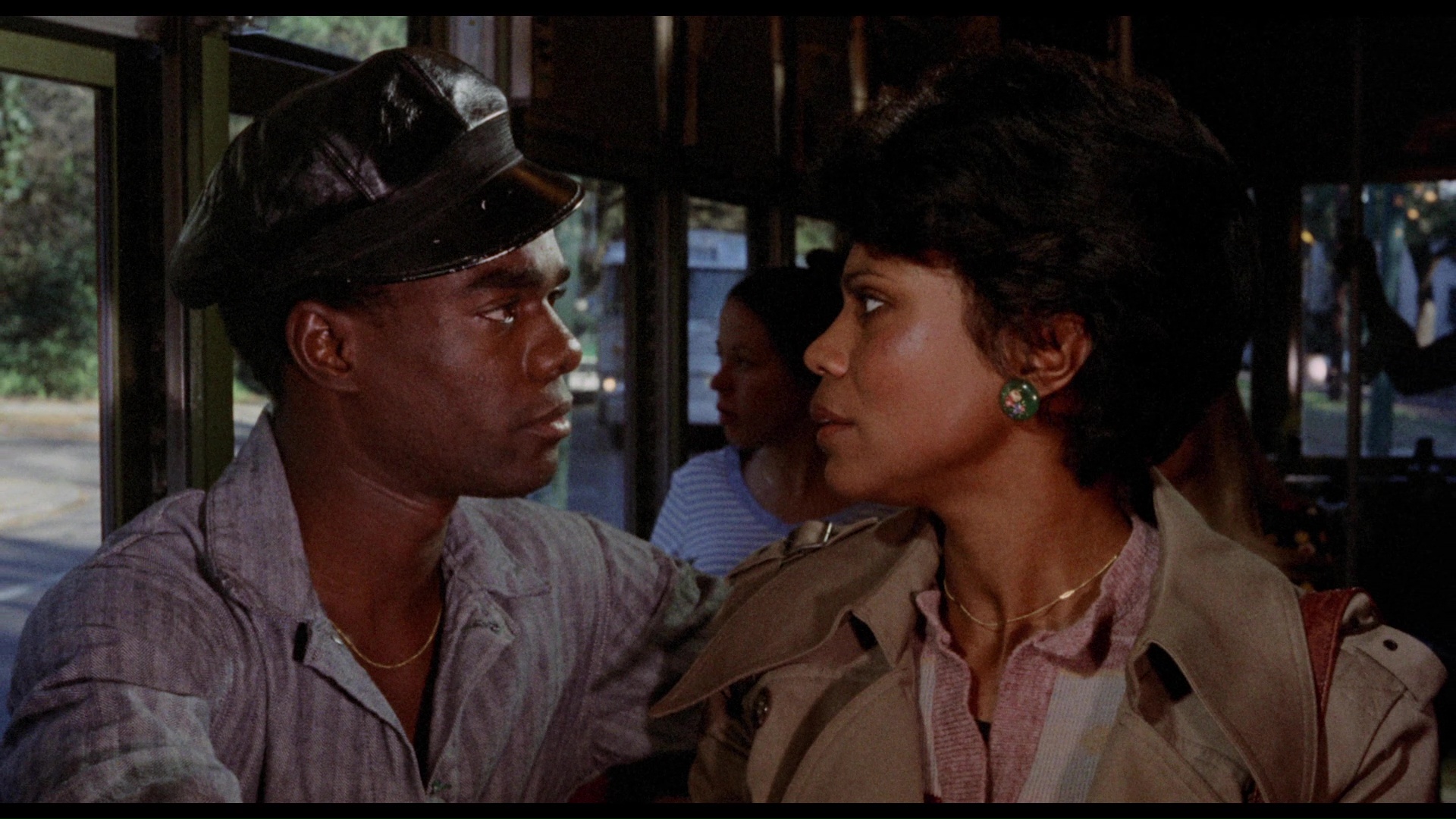 The excellent new featurette "The Killing Floor" (46m3s), the original title of the film by the way, features Marks, Turman, screenwriter Jaison Starkes, and editor George Folsey Jr., and it's pretty much worth the price tag by itself with an often enlightening and surprising portrait of indie filmmaking at the time, the intention to make a deeper and more meaningful film than what the marketing might have implied, and the rollicking nature of AIP at the time (with Turman doing a hilarious Sam Arkoff impression and doing a great bit about finding his "process"). "Here Lies J.D. Walker" (17m42s) is billed as a rare interview with actor David McKnight (who plays the actual J.D. in the film), covering the New Orleans film shoot and working on the same schedule with everyone else despite the unusual nature of his flashback role. Also included are the trailer, a gallery of stills and poster art, a batch of radio spots (1m49s), and an Arthur Marks trailer reel including Bonnie's Kids, Bucktown, A Woman for All Men, Friday Foster, and The Monkey Hu$tle. The packaging also comes with a new cover design by Sean Phillips and, in the first pressing only, a new liner notes essay by Kim Newman. 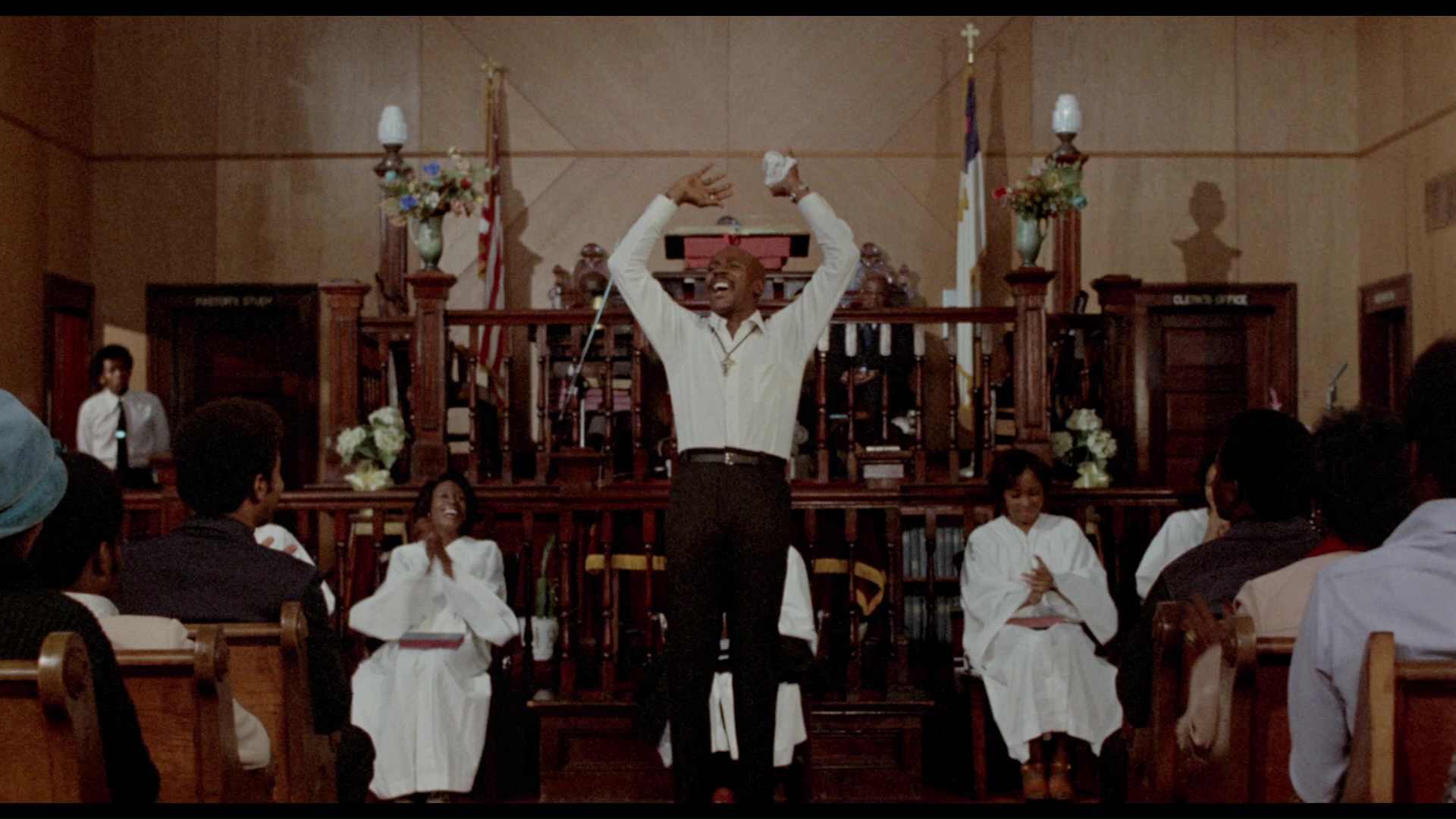 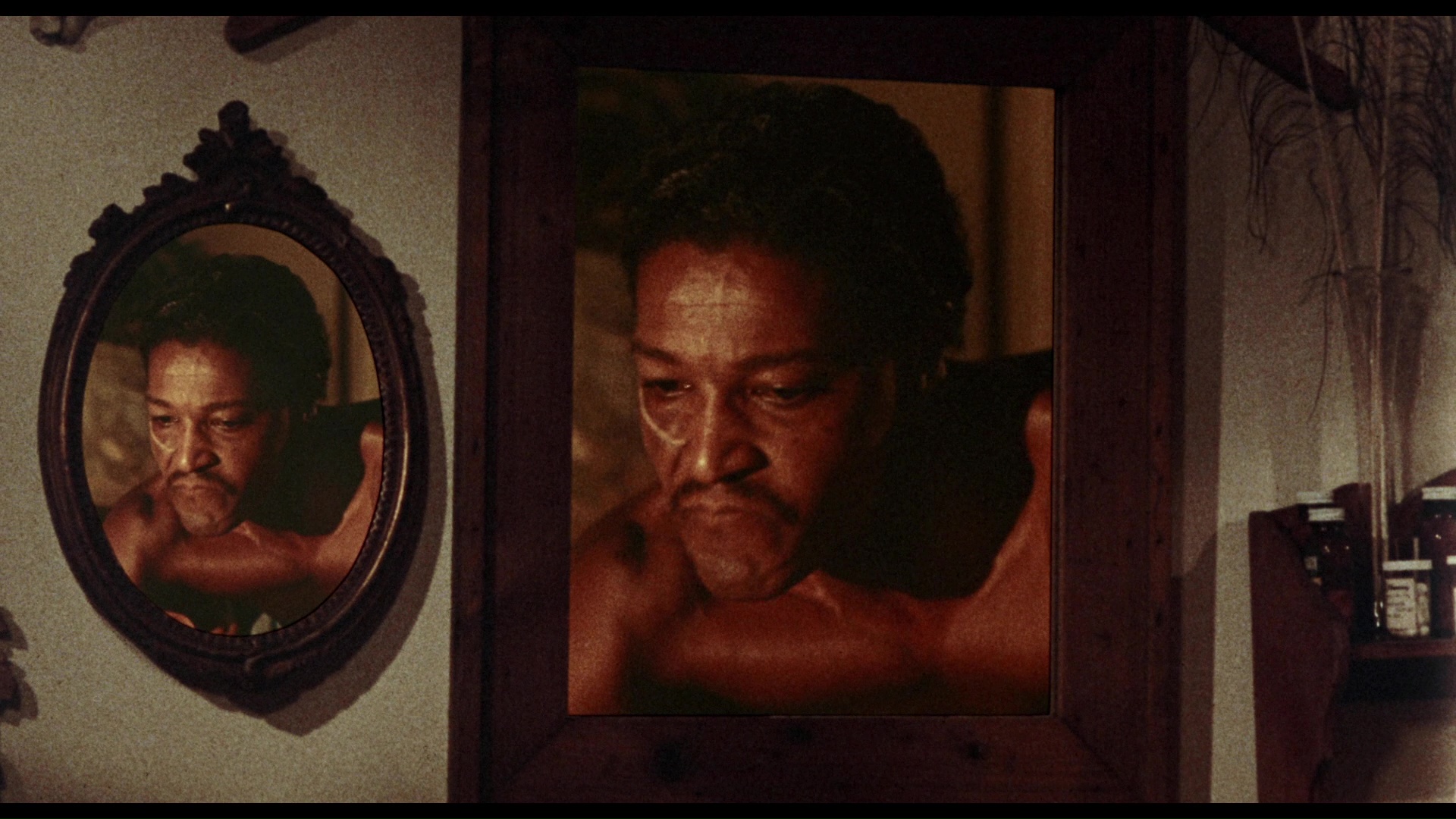 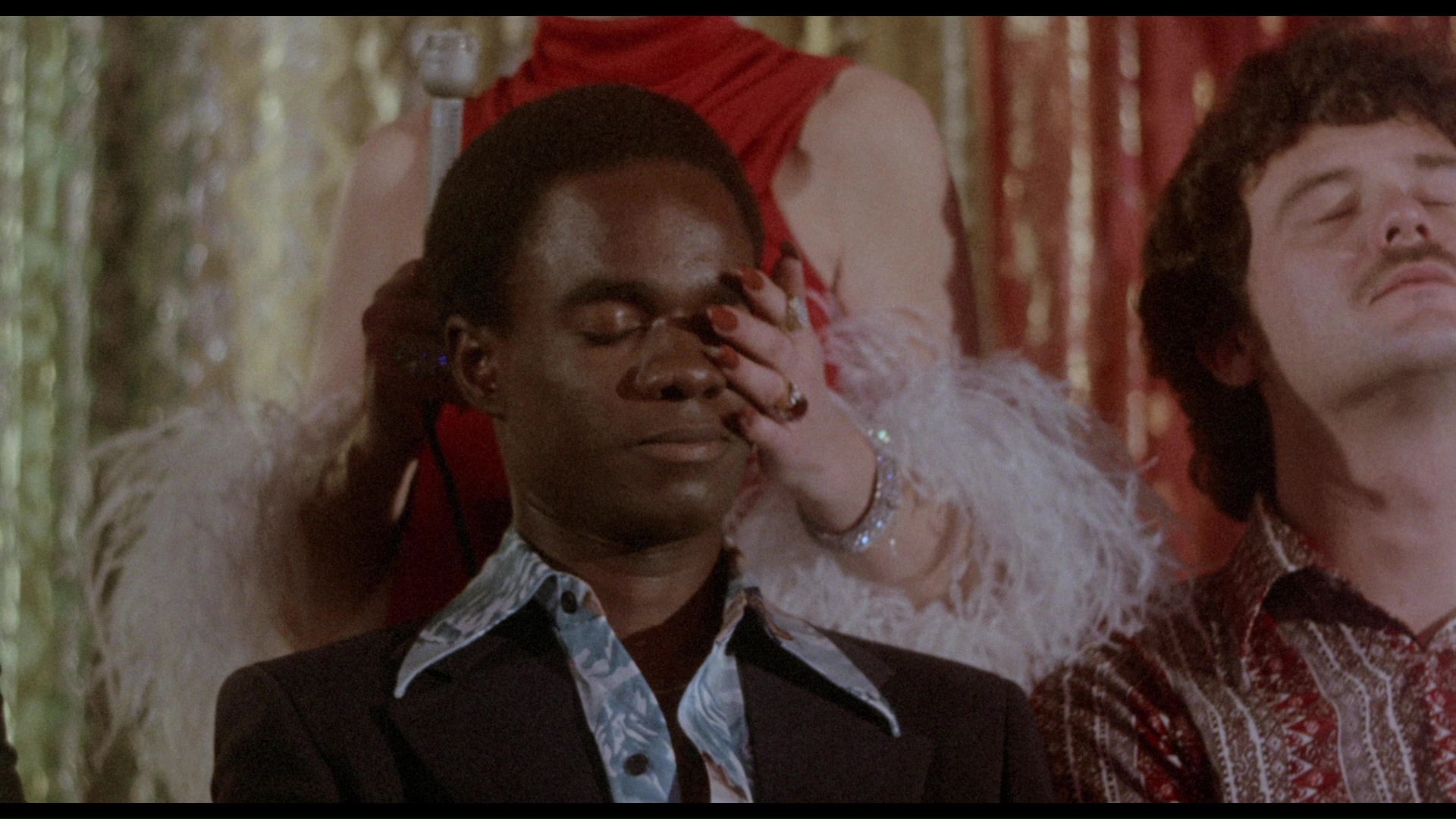