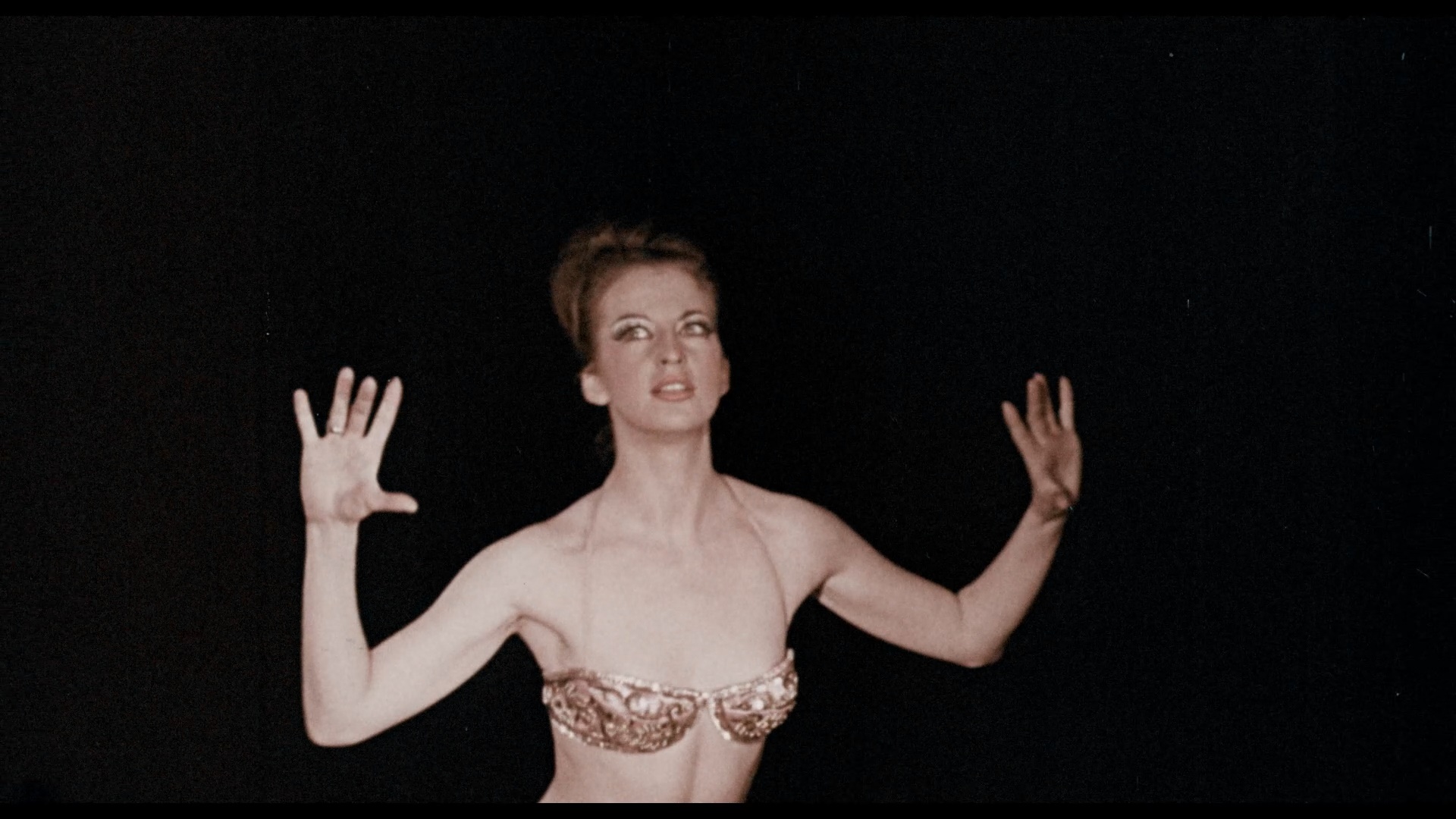 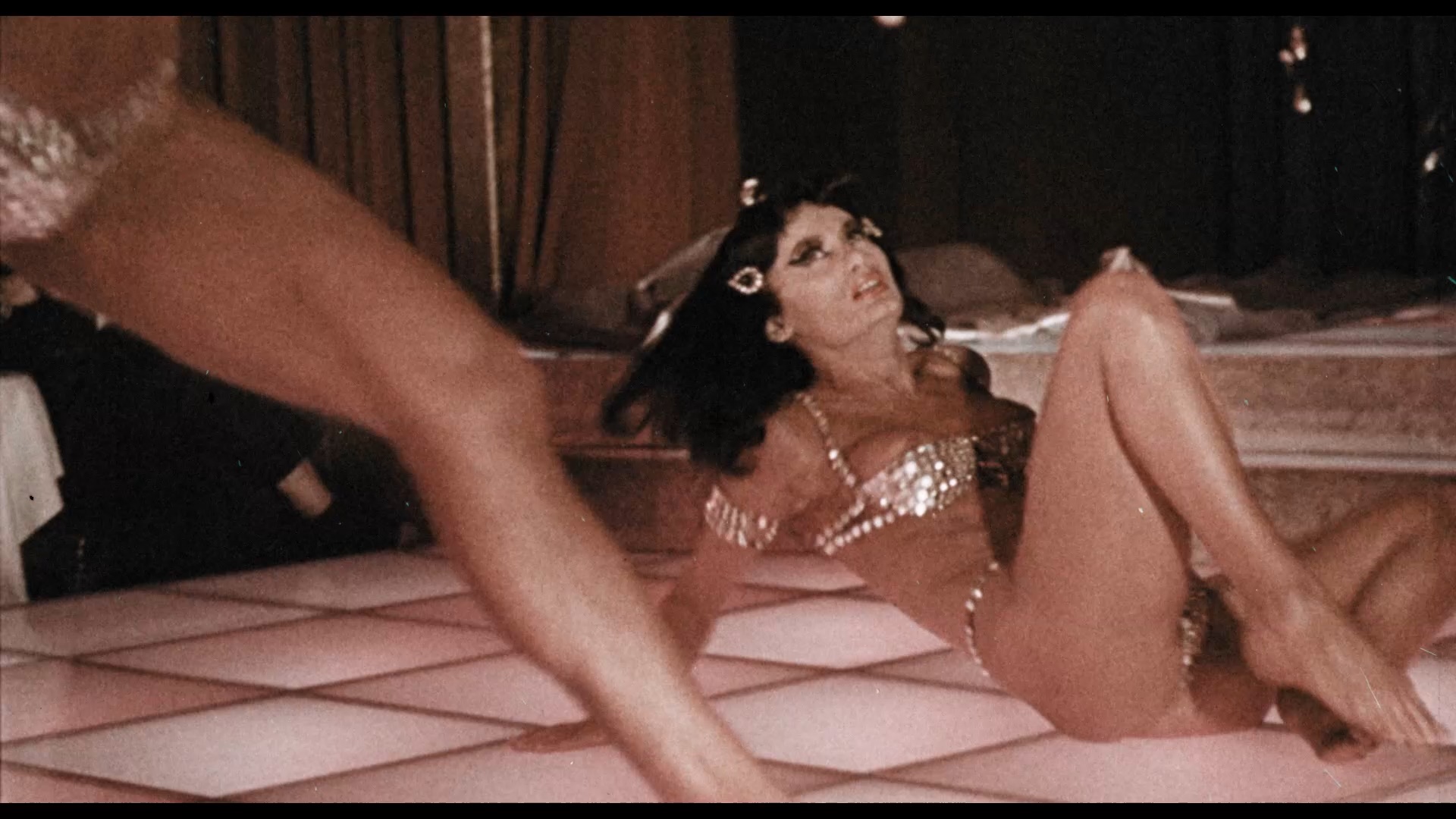 Outer Space and Trail of the Pink Panther tend to get pointed to as the most outrageous examples of cinematic grave robbing for their famous stars, those are nothing compared to the insane spectacle of The Wild, Wild World of Jayne Mansfield. A buxom blonde who rode the wave of Marilyn Monroe mania along with the likes of Mamie Van Doren, Mansfield was a pro at maximizing her publicity while appearing in a string of films including two bona fide classics, The Girl Can't Help It and Will Success Spoil Rock Hunter? At the height of her fame in 1964, Mansfield started shooting some sporadic footage for a mondo film based around her jaunts through Europe and America. She also became famous for her willingness to bare herself on camera, both in print in Playboy and in the much-publicized films, Promises! Promises! When she died in a tragic car accident in 1967, the makers of this film were left with an unfinished production on their hands and came up with a particularly ghoulish solution: ending it with the instantly notorious shots of the crash itself and grabbing footage of Mansfield's husband, Bloody Pit of Horror star Mickey Hargitay, mourning her in their home known as the Pink Palace.

For fans of Italian cult cinema, the most surreal aspect of this film is the fact that, with Mansfield obviously unable to do her own narration, those duties were performed by busy dubbing artist Carolyn De Fonseca, 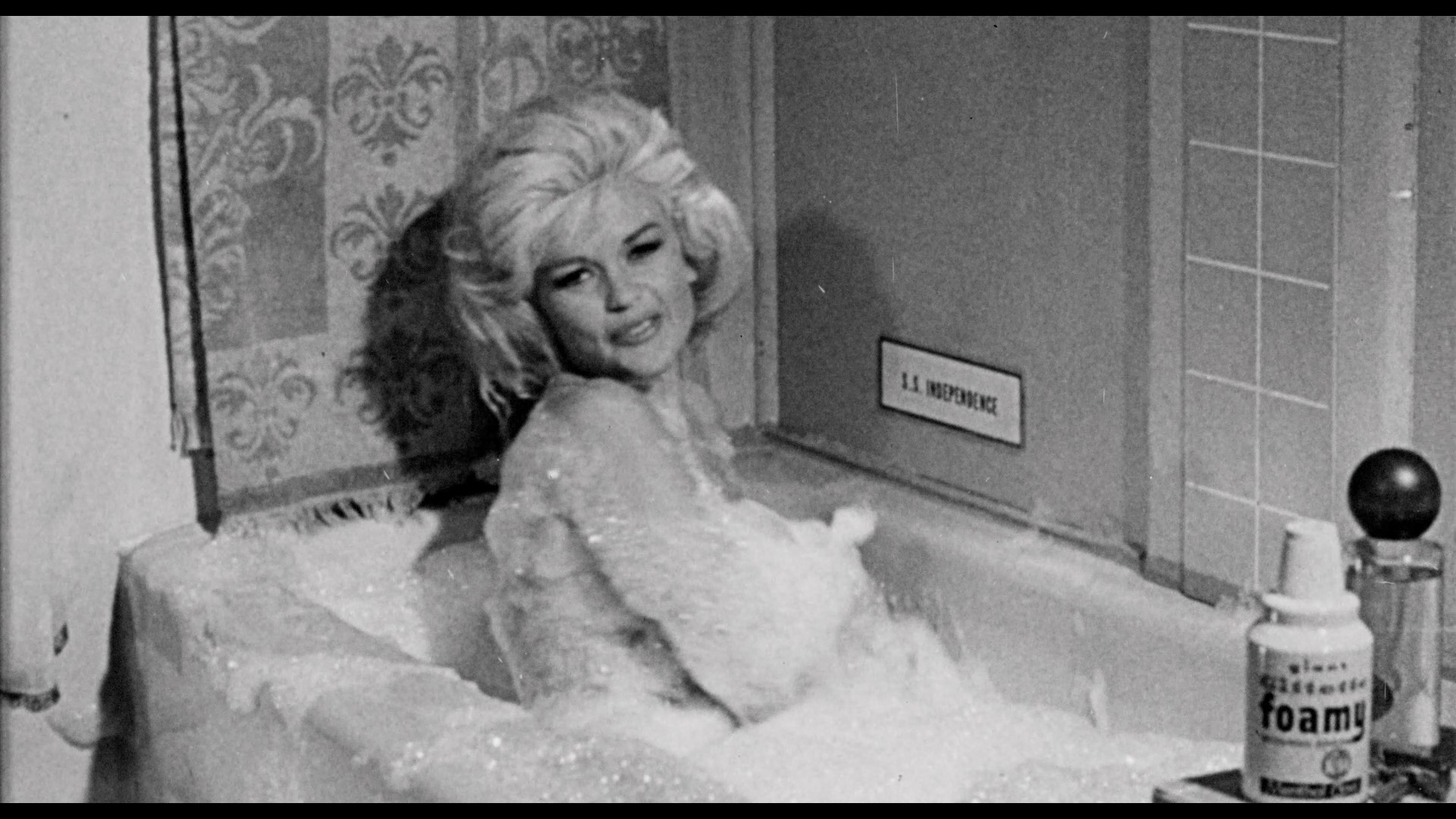 whose distinctive voice was used for the English performances of such actresses as Daria Nicolodi in Deep Red, Barbara Magnolfi in Suspiria, Florinda Bolkan in Don't Torture a Duckling, Barbara Steele in The Long Hair of Death, and Silvia Solar in Eyeball. Despite the fact that De Fonseca was the go-to 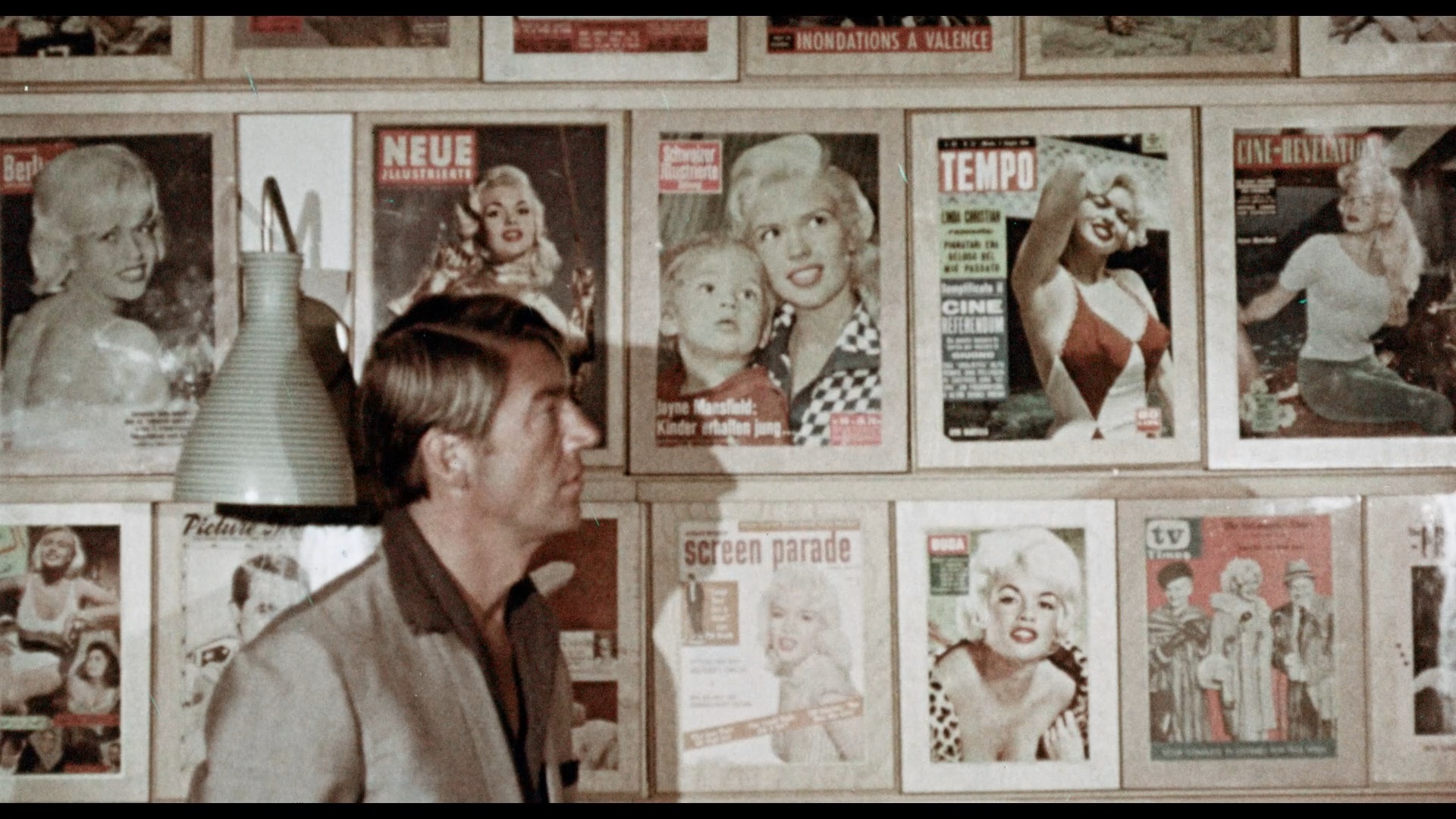 provider of Mansfield's voice in Italy, the ruse doesn't work at all and mostly comes off a lot like the Monique Gabrielle segment in Amazon Women on the Moon. Completely plotless, the film manages to shoehorn Mansfield in wherever possible as she saunters around and experiences everything from Rome to Paris to New York including prostitutes, striptease lessons, drag queens, topless stage shows, topless rock 'n' rollers, and of course, a bit of topless Jayne herself. The tone is extremely cheerful and upbeat for most of the running time starting with the animated opening credits, which makes the sudden tour into tragedy at the end all the more jarring. Love it or hate it, there's nothing else out there quite like this one.

Spoken of far more frequently than actually seen for years, The Wild, Wild World of Jayne Mansfield first turned up on DVD in 2003 from Something Weird paired up with another jaw-dropping mondo film, Alfonso Brescia's The Labyrinth of Sex from 1969. The flat letterboxed transfer looked okay if unspectacular at the time, but that was really the only game in town. In 2020, Severin Films issued the film on Blu-ray (with a DVD reissue) coinciding with the release of Mondo Balordo, 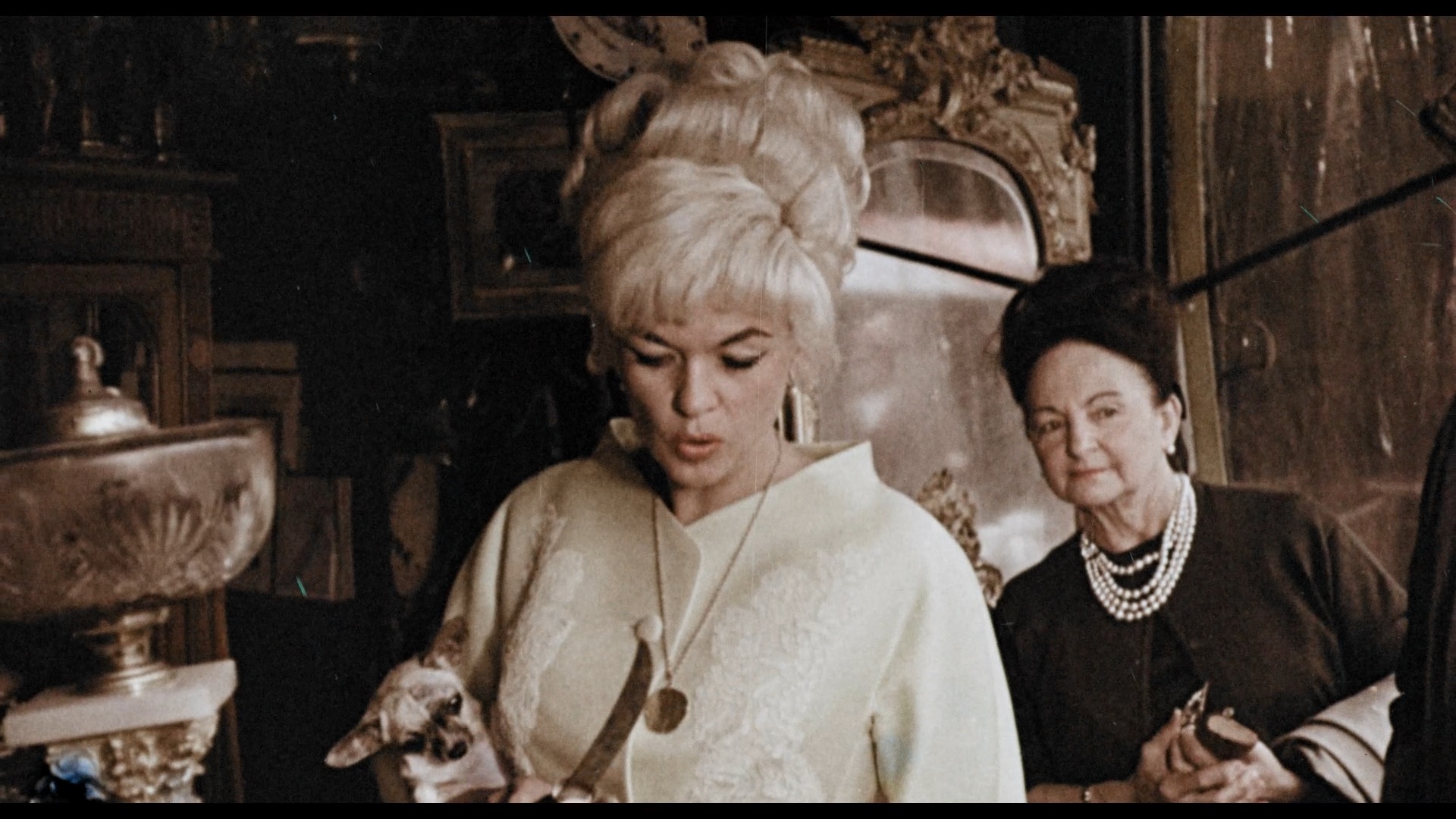 available in a box with this film as well. An opening disclaimer notes that the film elements have faded significantly in the years since the last video transfer, so you have an option of either the new HD scan (which is brighter and more detailed but obviously faded to a mostly consistent shade of beige) and the old SD one, 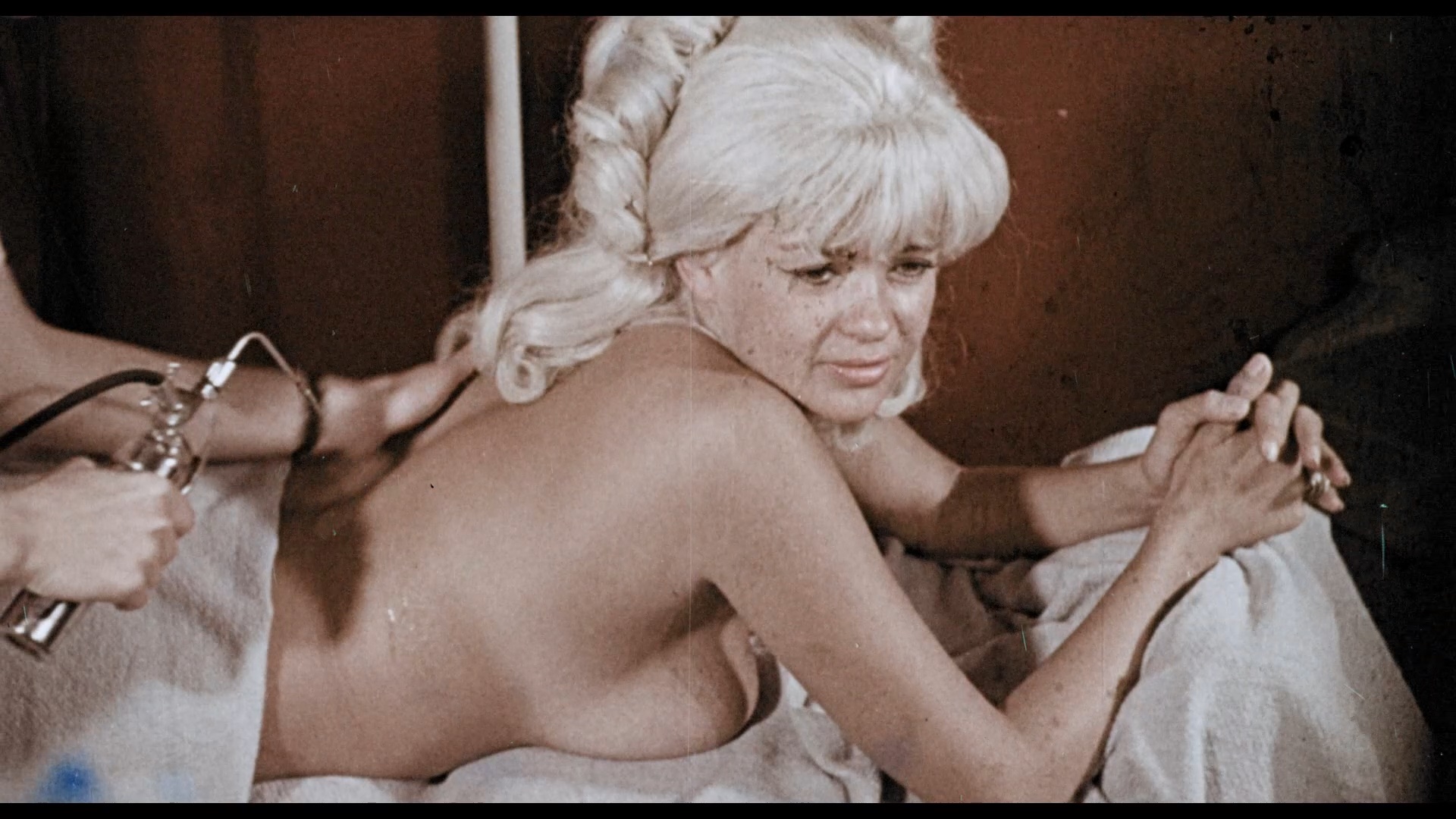 which is technically more colorful (albeit mainly blue for most of the running time) but also much murkier. Try 'em both; each one has the usual English mono track and sounds okay for a vintage theatrical print, with optional English subtitles provided. In the new featurette "The Devil and Jayne" (6m21s), Anton LaVey biographer Blanche Barton weighs in about the star's rapport with the Church of Satan founder with whom she "clicked" on so many levels (including a physical one, apparently). She also goes into the uncanny circumstances behind Mansfield's death including a warning from LaVey about the "dark cloud" over a key figure in the tragedy. Finally, included here from an AIP TV print is 1963's The Wild Weird Wonderful Italians (76m24s), a far tamer mondo film by Pasquale Prunas showing quirky behaviors around the boot-shaped country. The weirdo factor here is minimal as it's basically a travelogue showing off various religious and social customs mainly around the provinces, from monks to bodybuilders and everything in between. 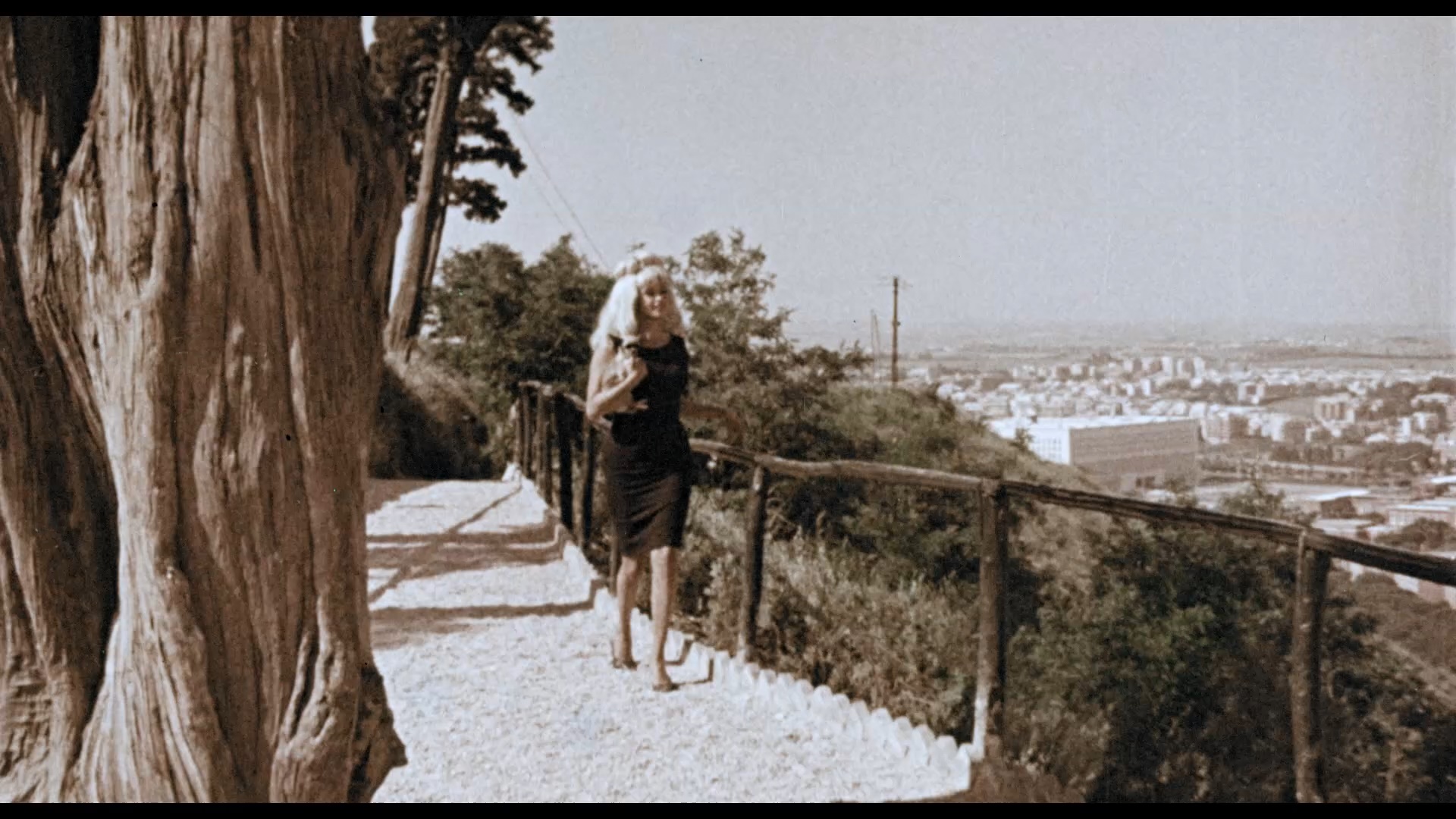 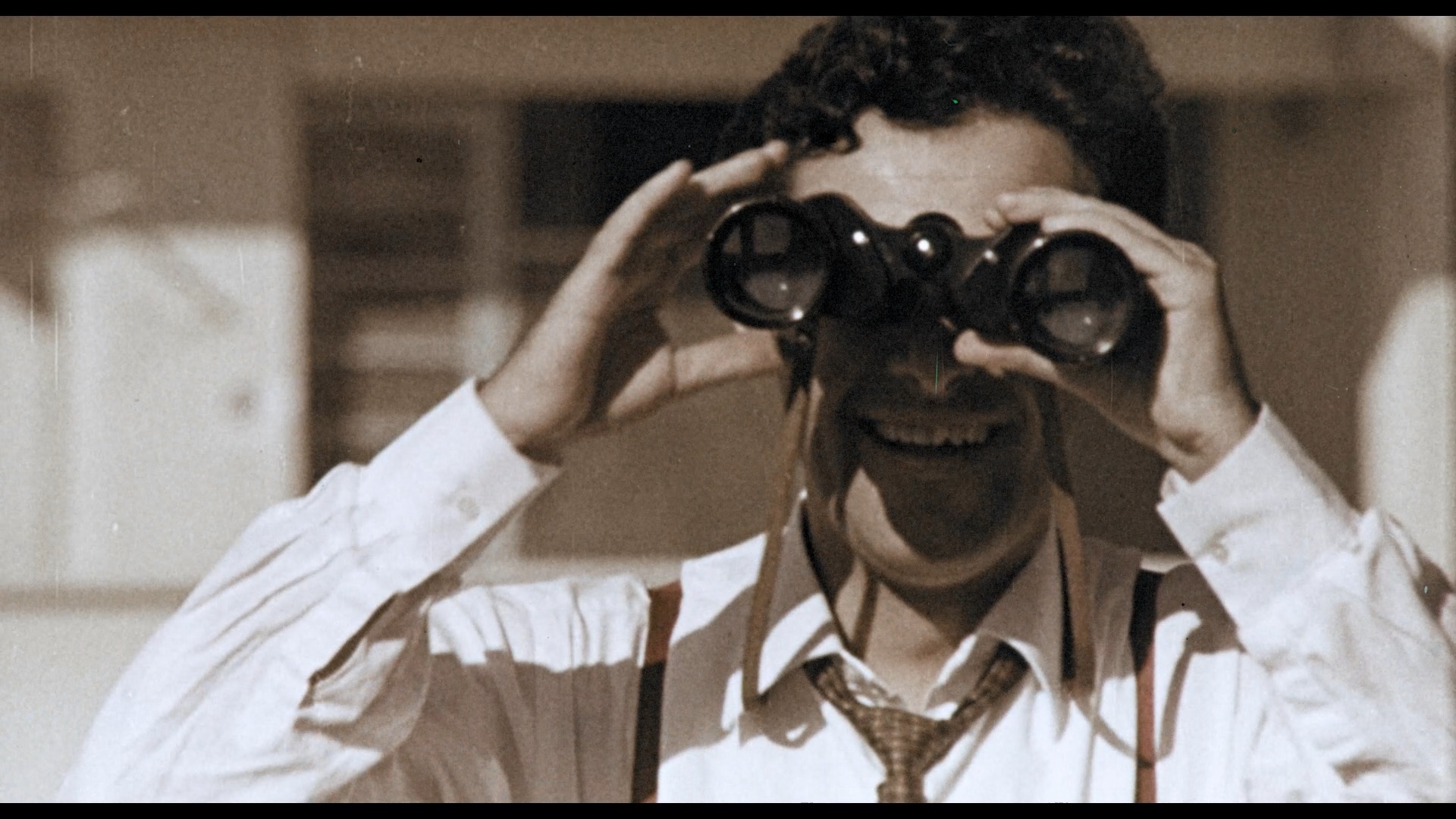 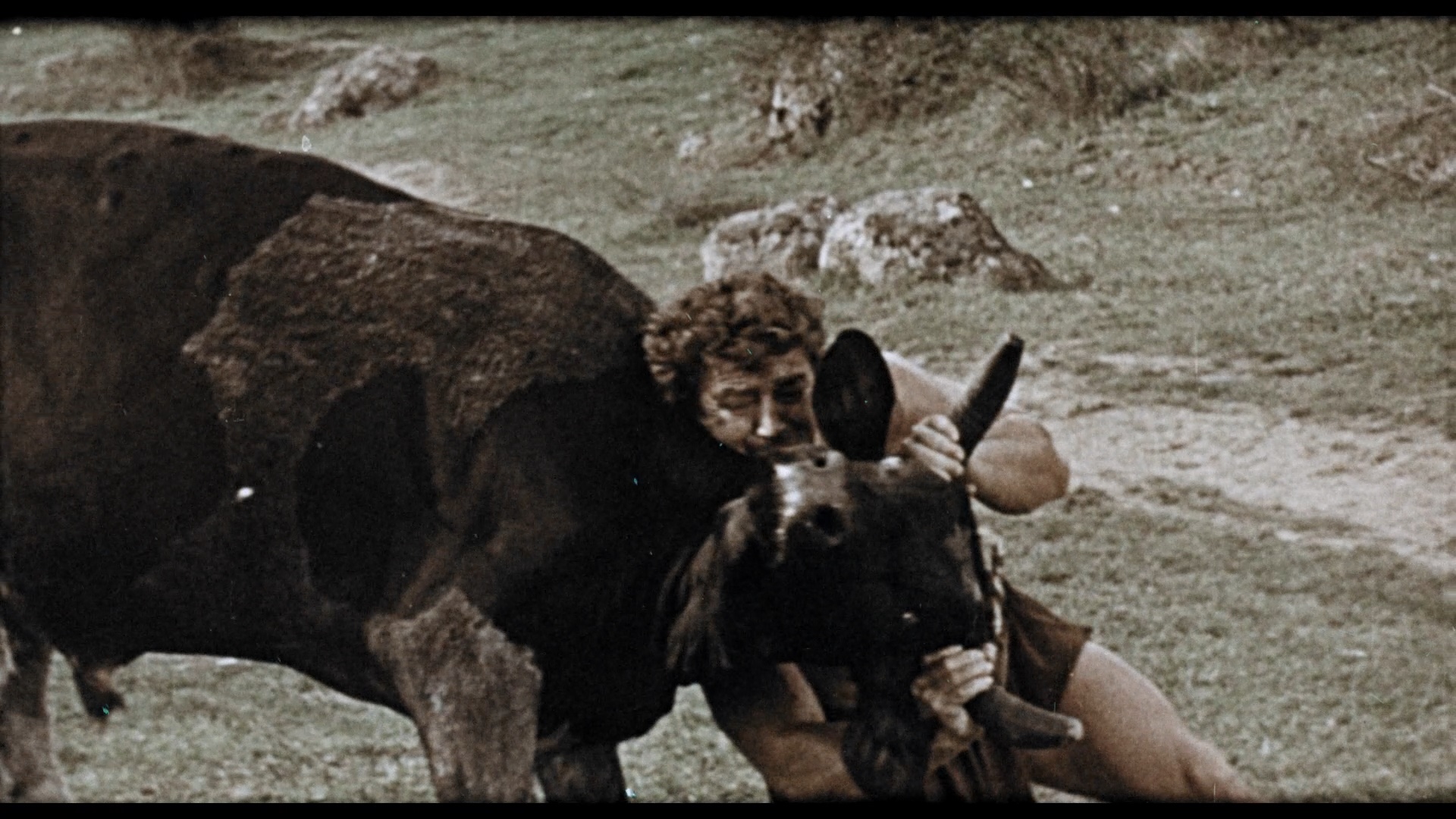 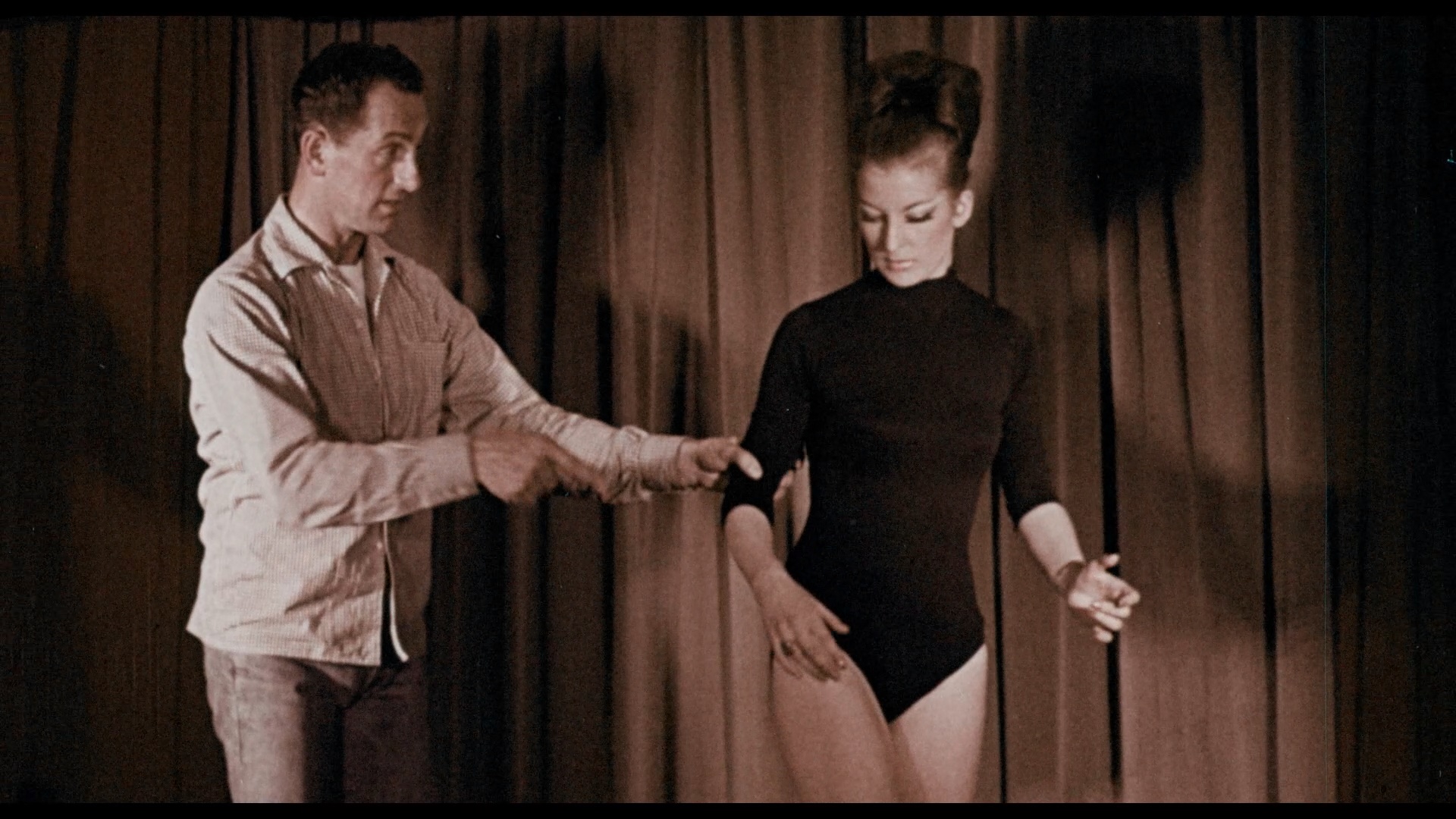 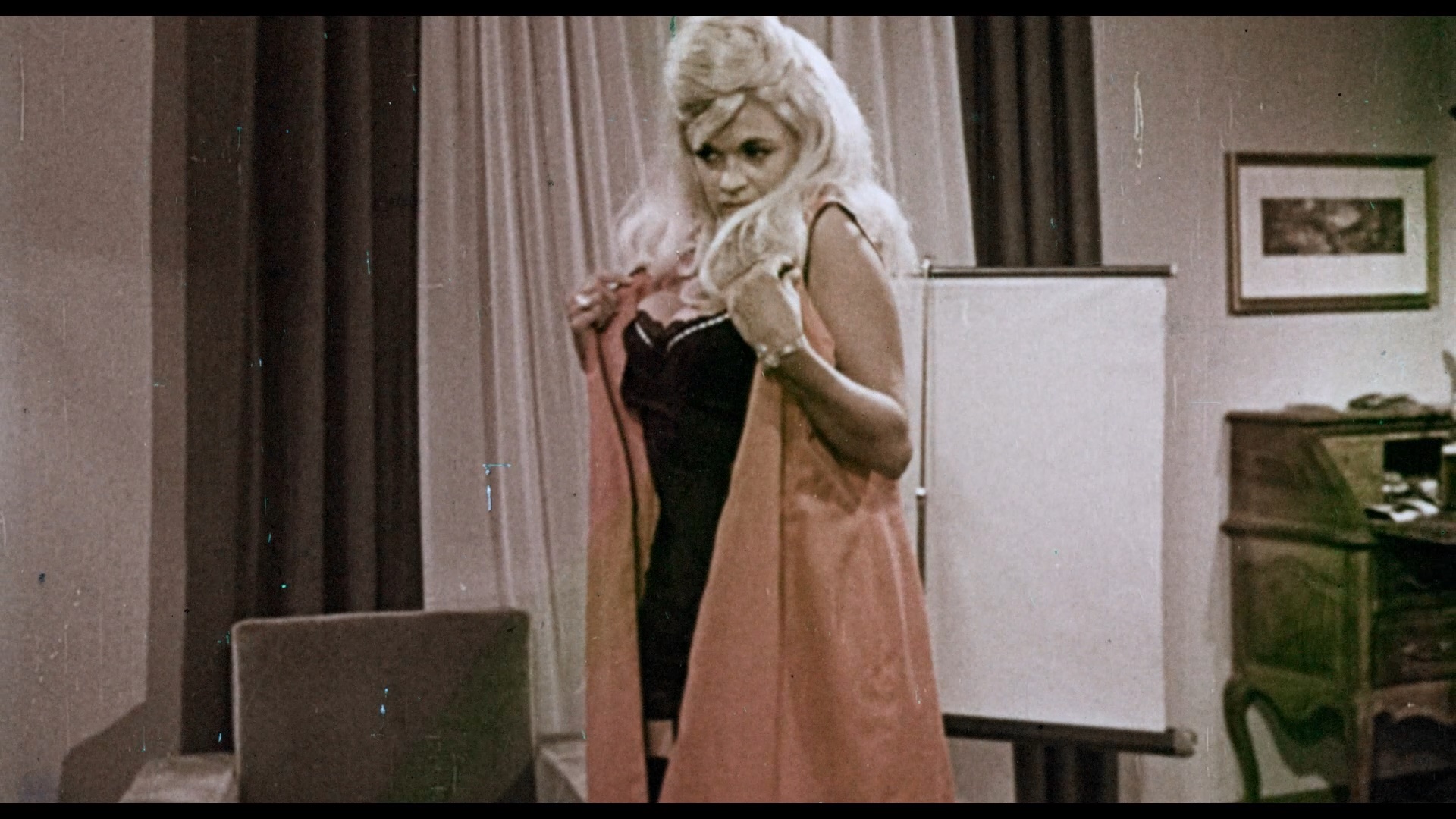 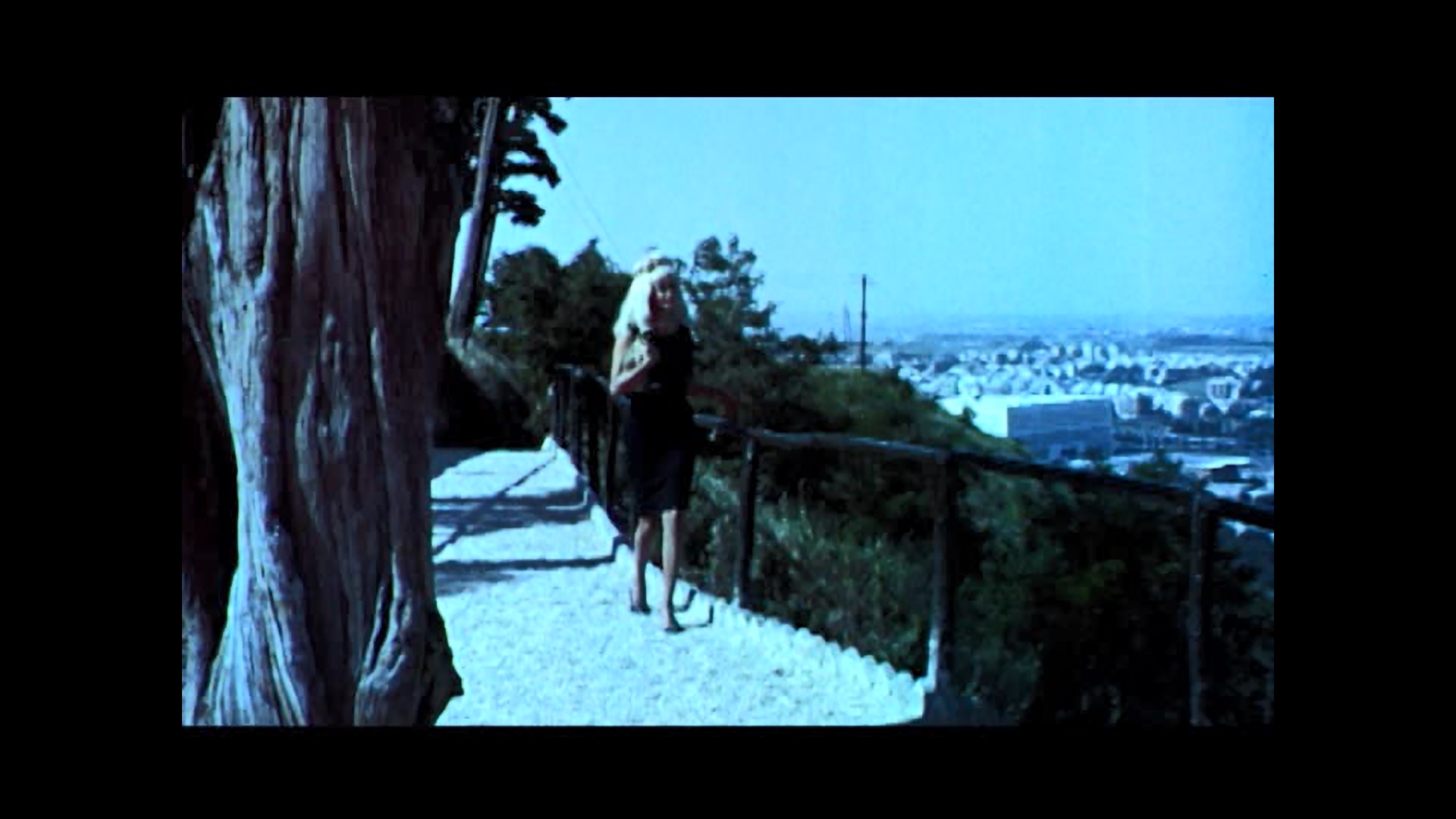 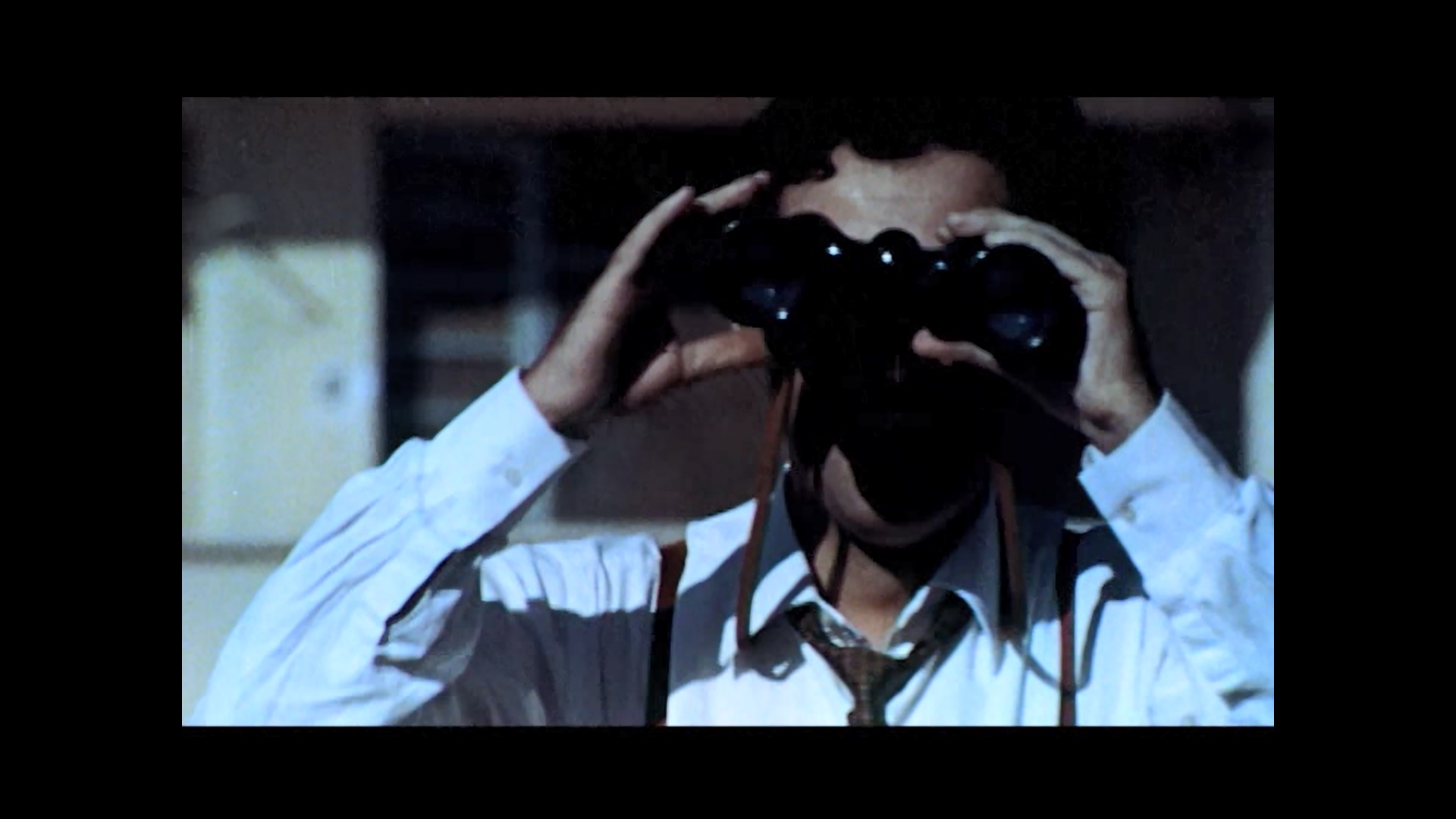 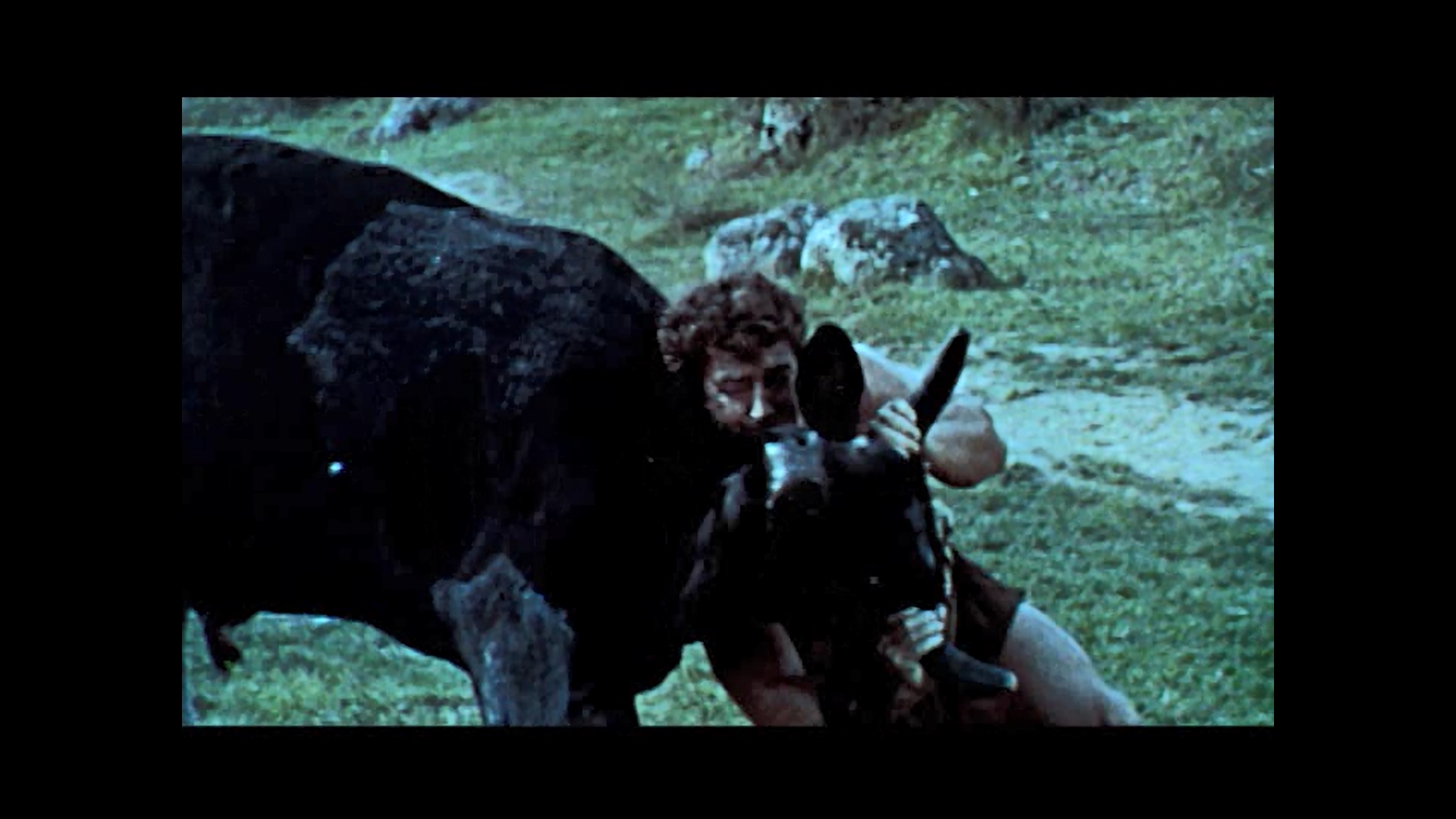 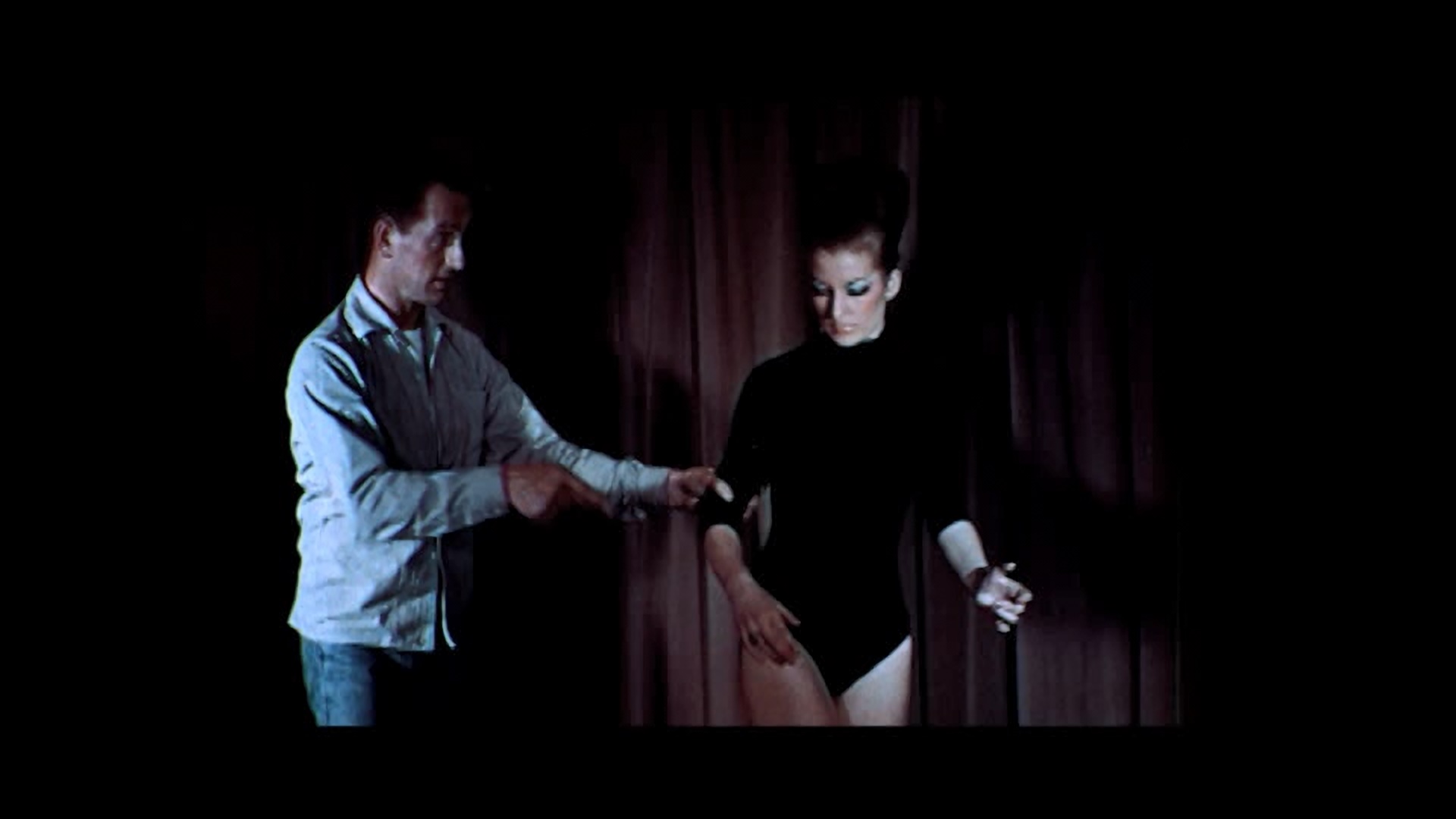 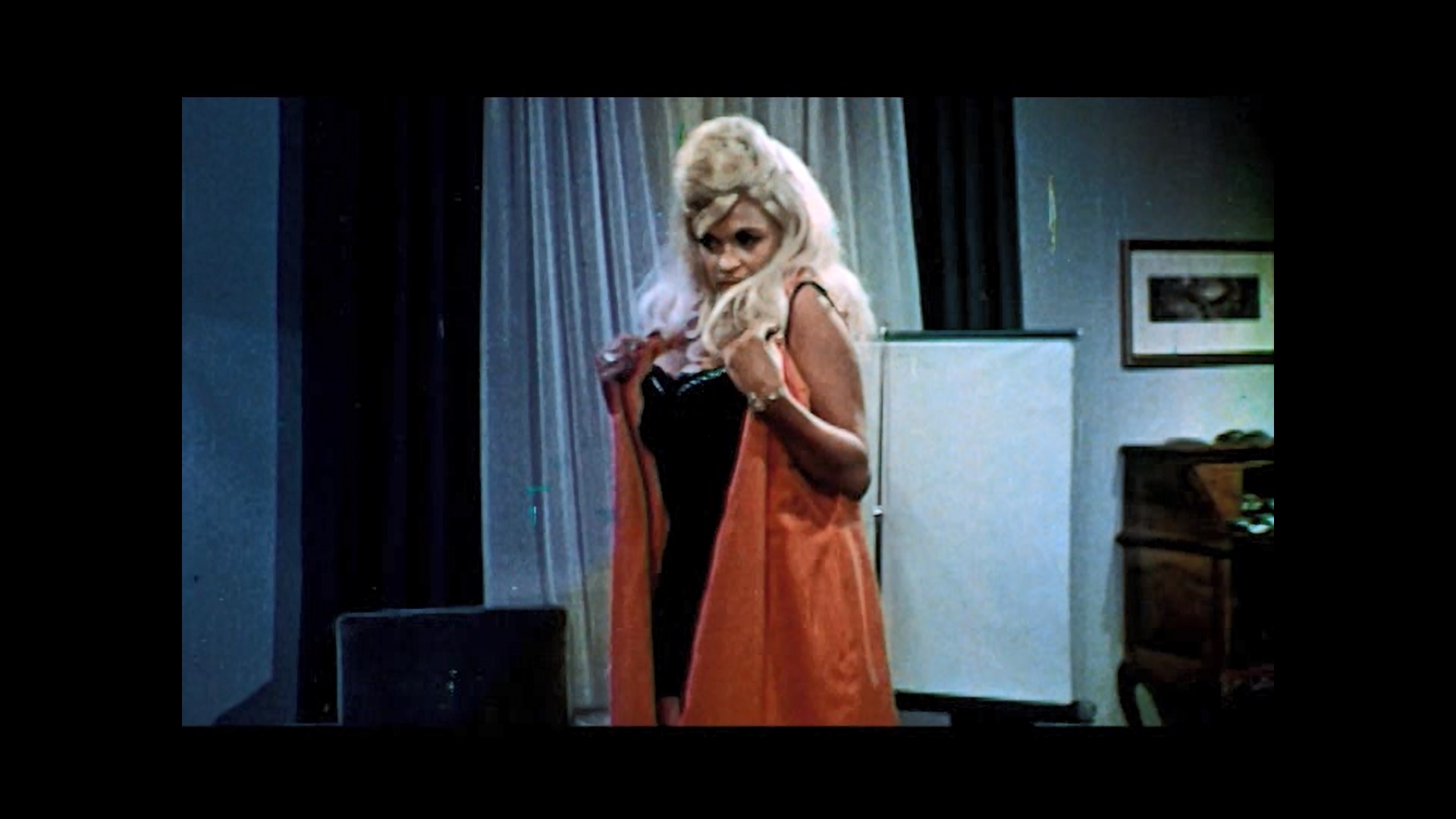 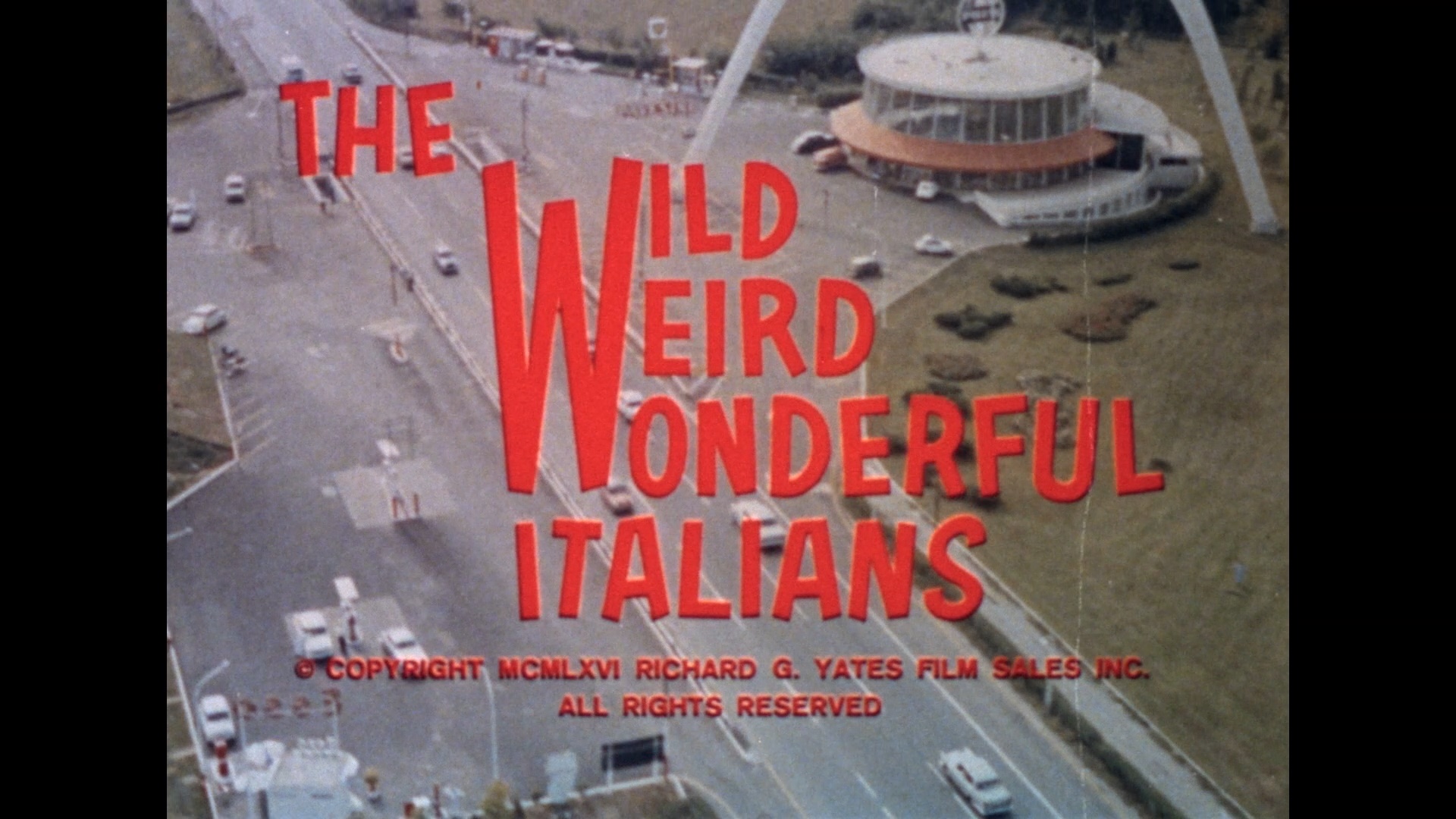 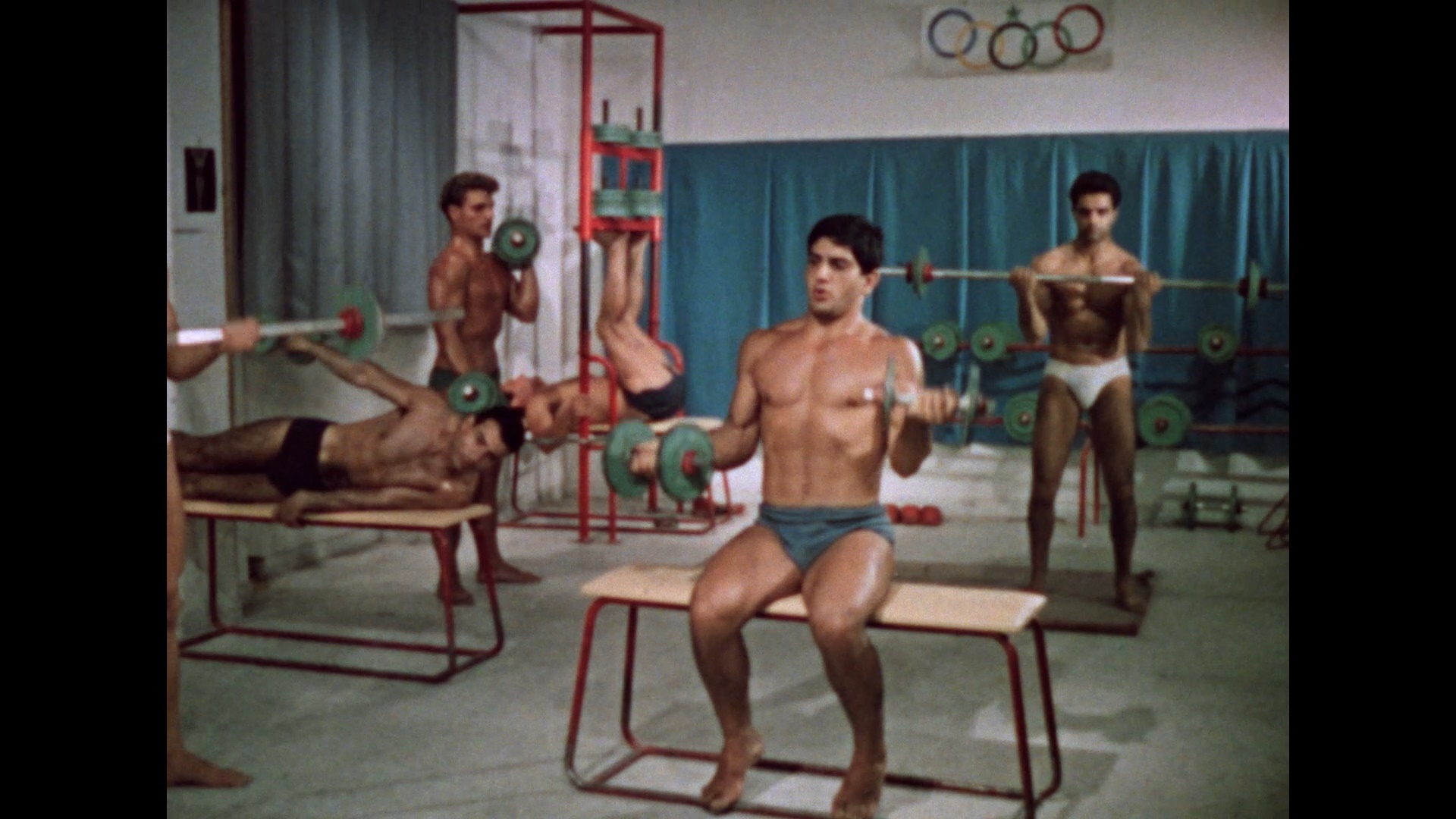 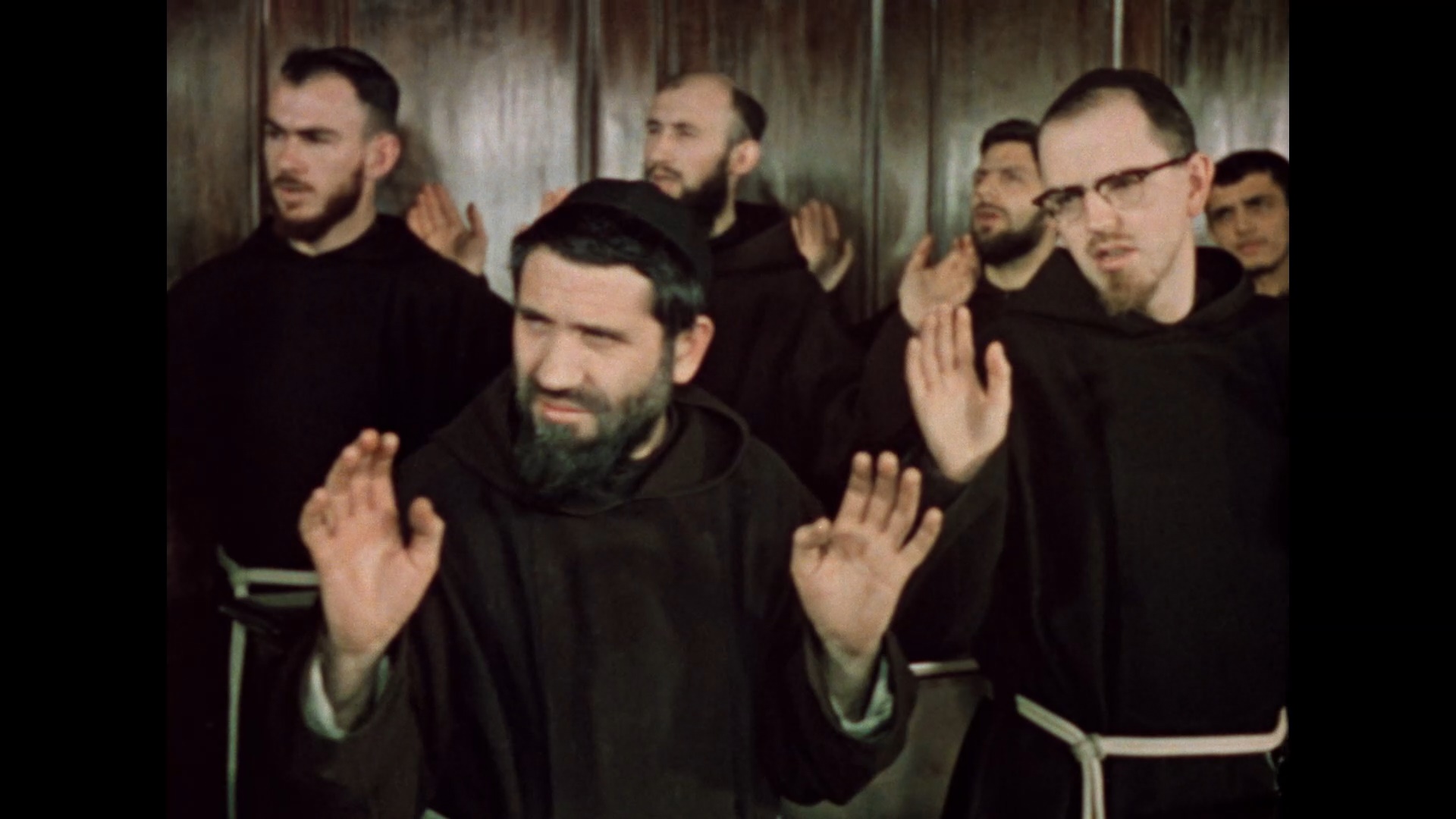 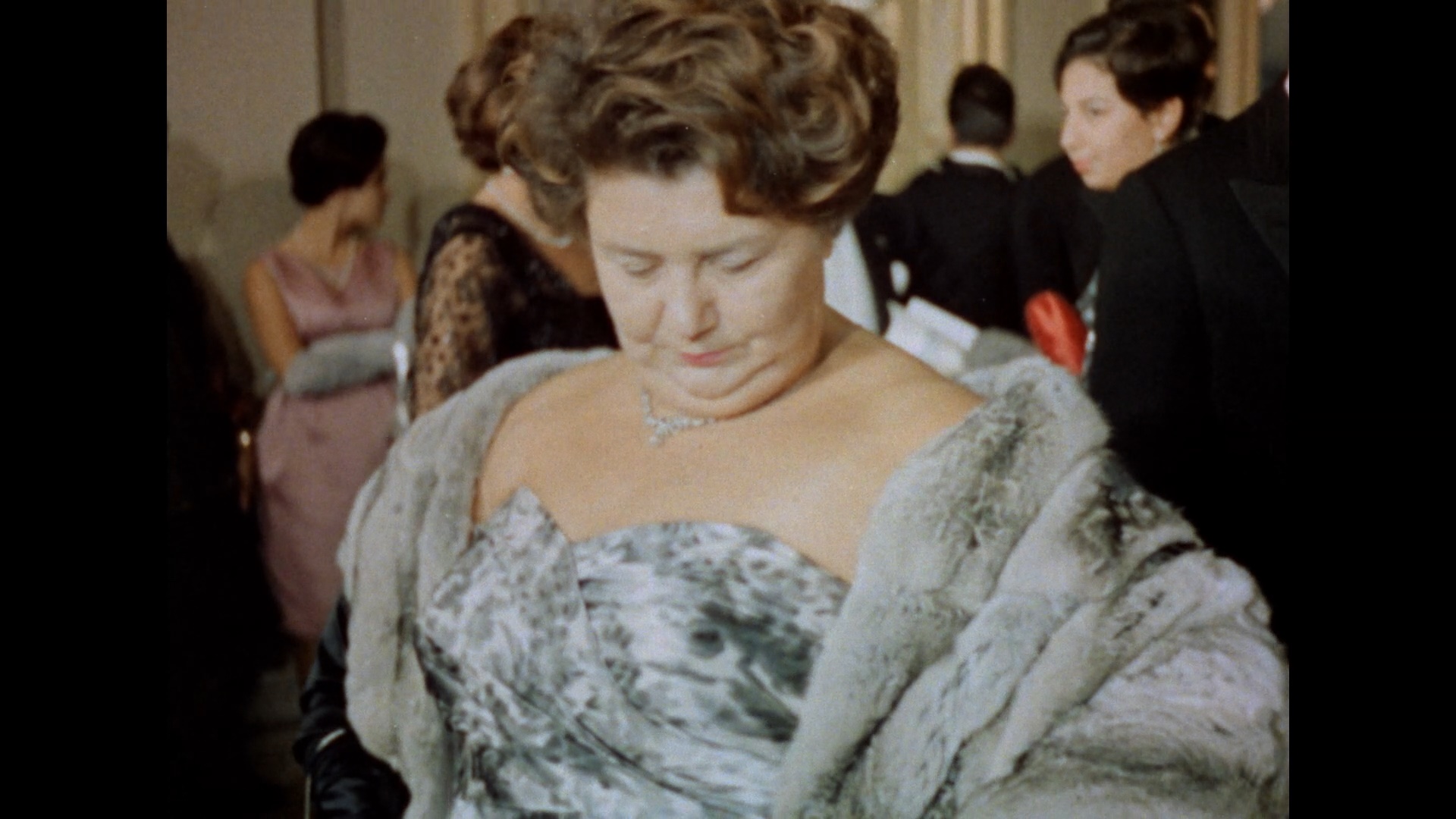 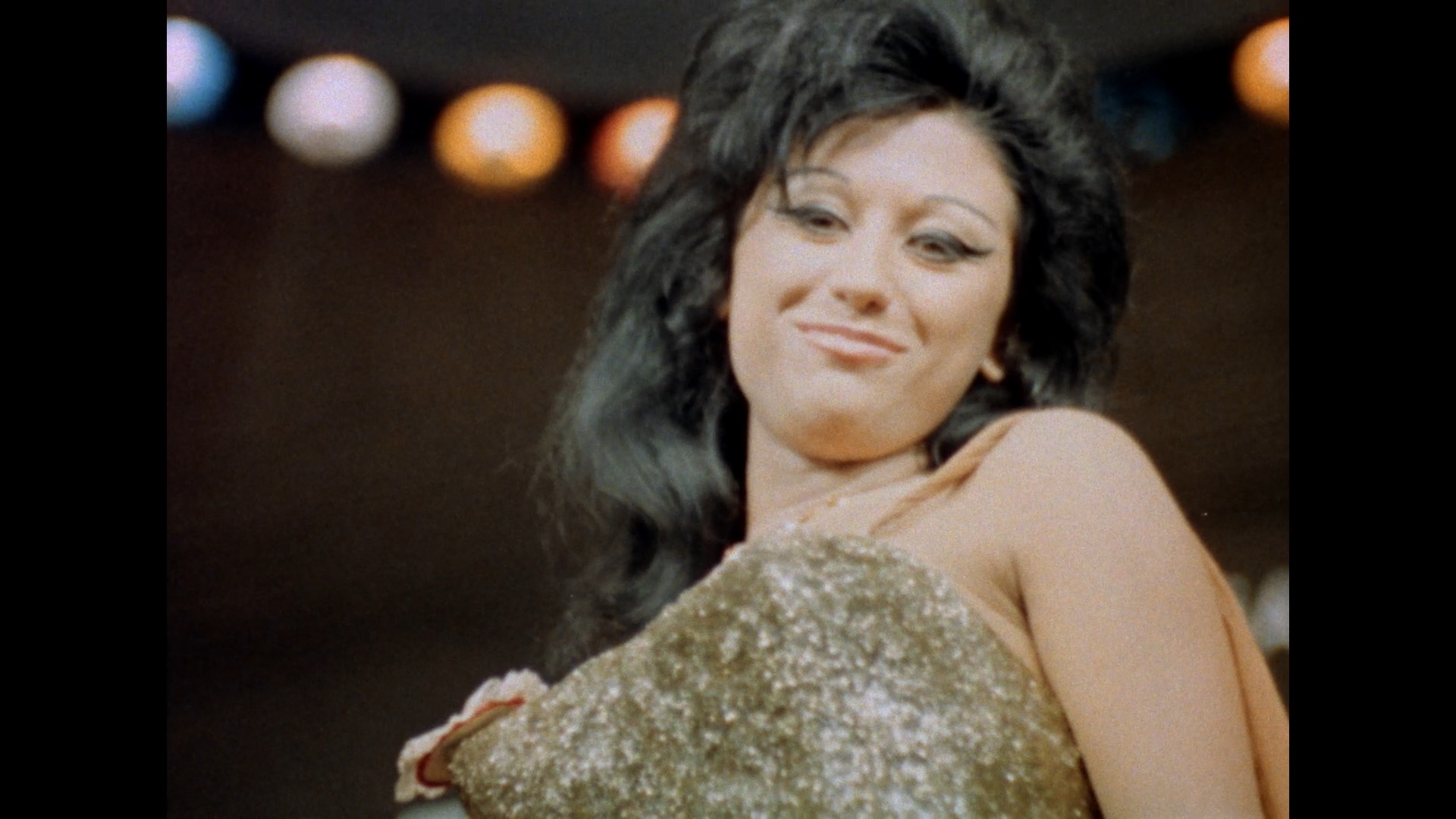