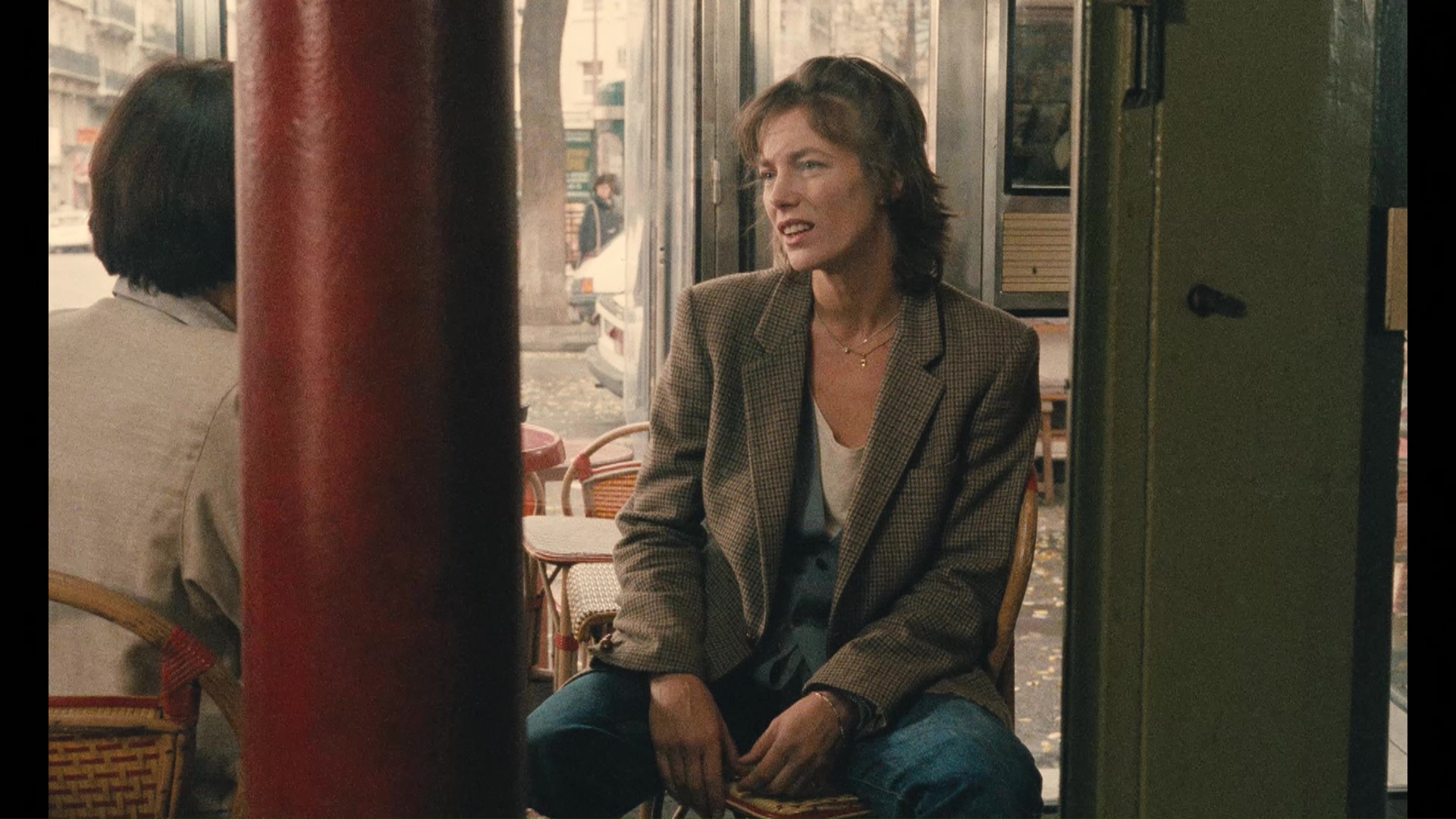 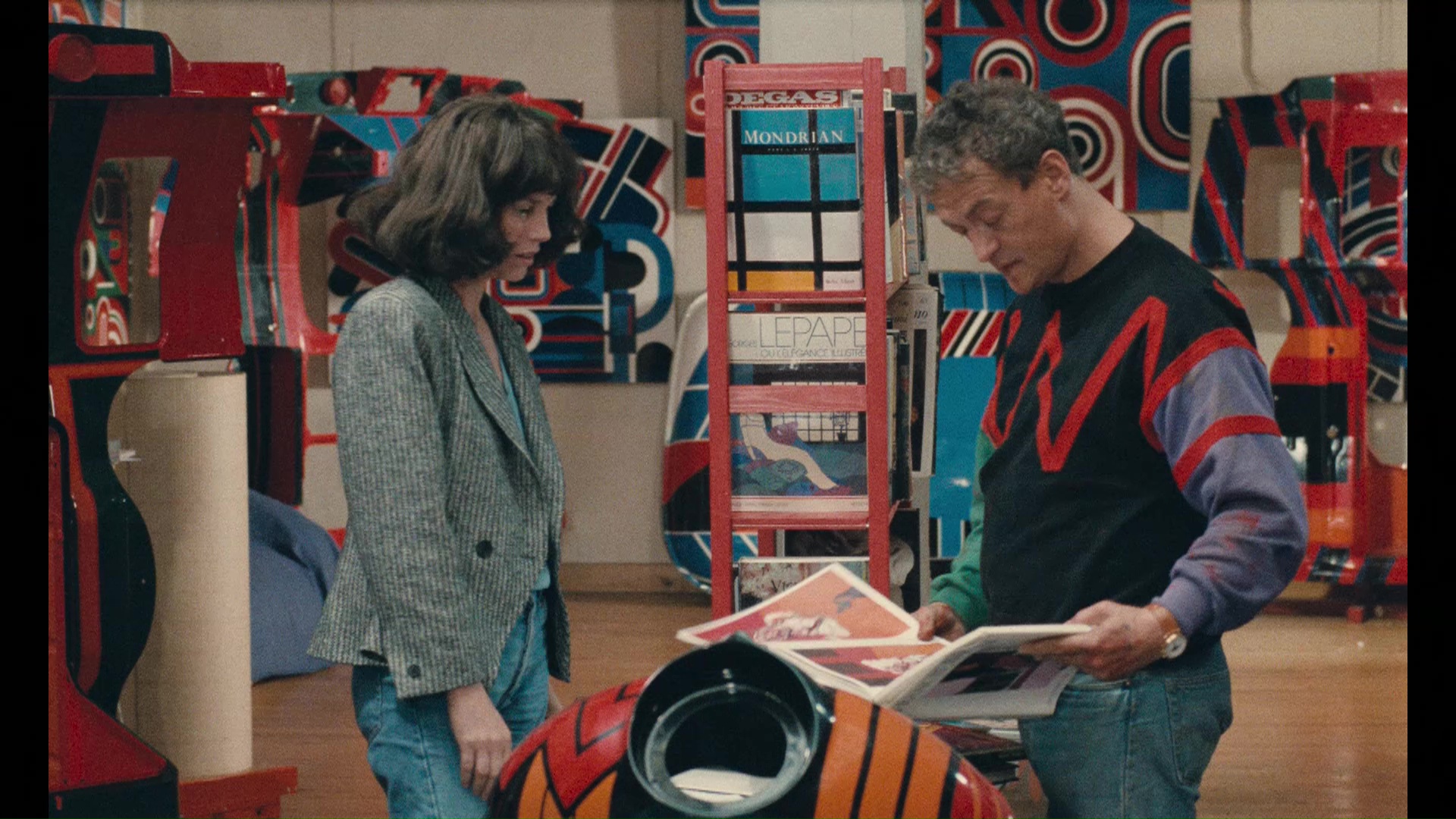 A double helping of fascinating collaborations between one of France's most vital female filmmakers and one of its biggest pop culture icons, this release from Cinelicious Pics marks the English-language debut of a wildly unique "documentary" and the revival of a quirky, slightly scandalous dramatic gem.

First up in the two-disc Blu-ray set is Jane B. par Agnès Varda, a sort of biopic entirely revolving around Jane Birkin, the English actress and singer who became a European sensation with the notorious Serge Gainsbourg duet "Je T'aime Moi Non Plus" and appeared in numerous films including a pair of high-profile Agatha Christie mysteries. The film opens with Birkin getting to know the off-screen director, Agnès Varda (Cleo from 5 to 7, Vagabond), at a cafe with statements like "What questions will you ask of me? Real or phony?" and a strong aversion to looking directly at the camera. From there we're given morsels of facts (her boarding school youth, her infamous early nude scene in Blow-Up, her relationship with Gainsbourg, her children including Charlotte Gainsbourg), but the really good stuff here is the variety of scenarios Birkin embarks upon, sometimes way out of her comfort zone. From artistic tableaux drawn from 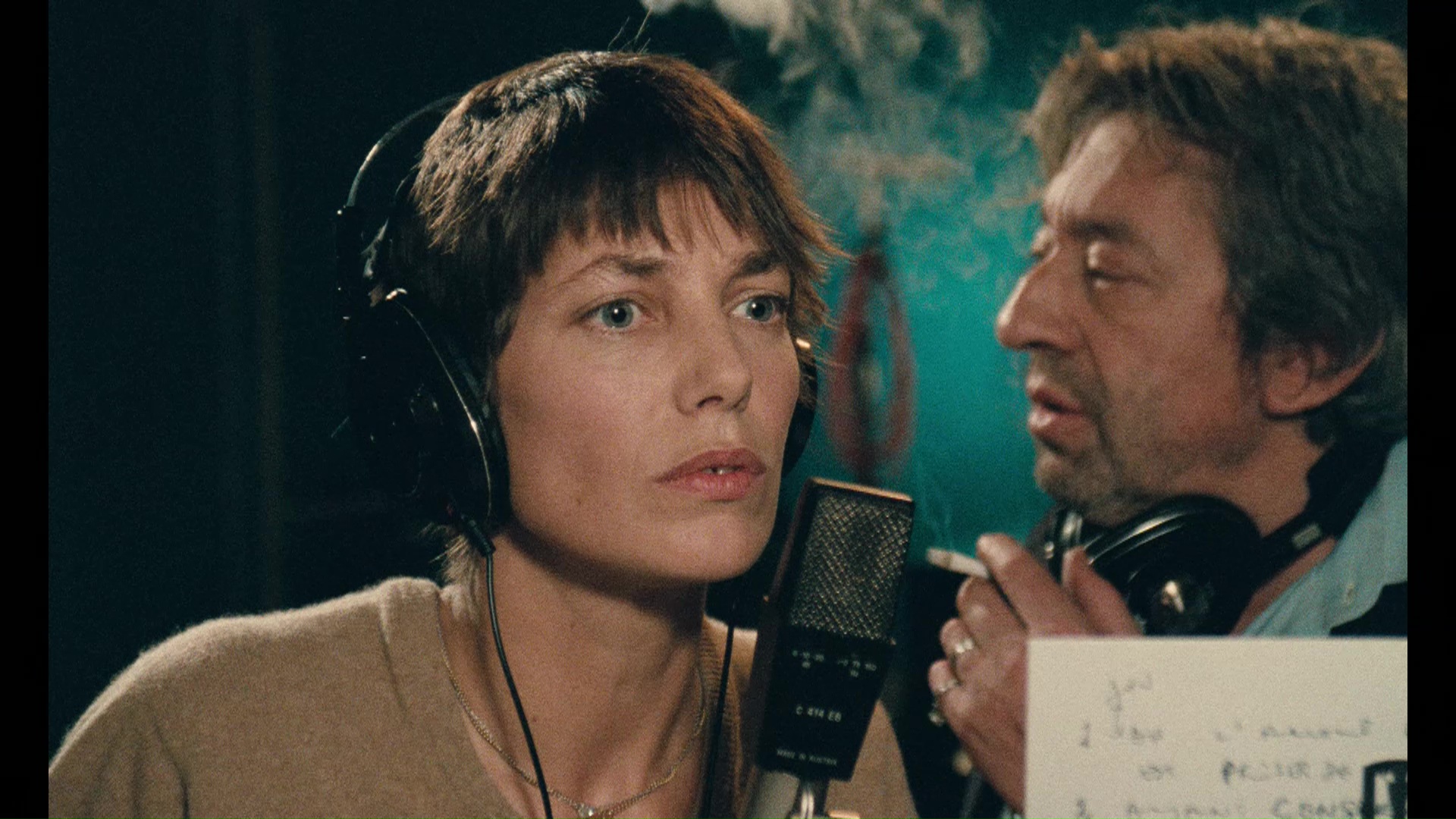 Vermeer and Titian to wild homages to Tarzan and Laurel and Hardy (complete with Italian cinema vet Laura Betti!), it's never predictable, sometimes puzzling, and definitely memorable -- right up to the flaming climactic 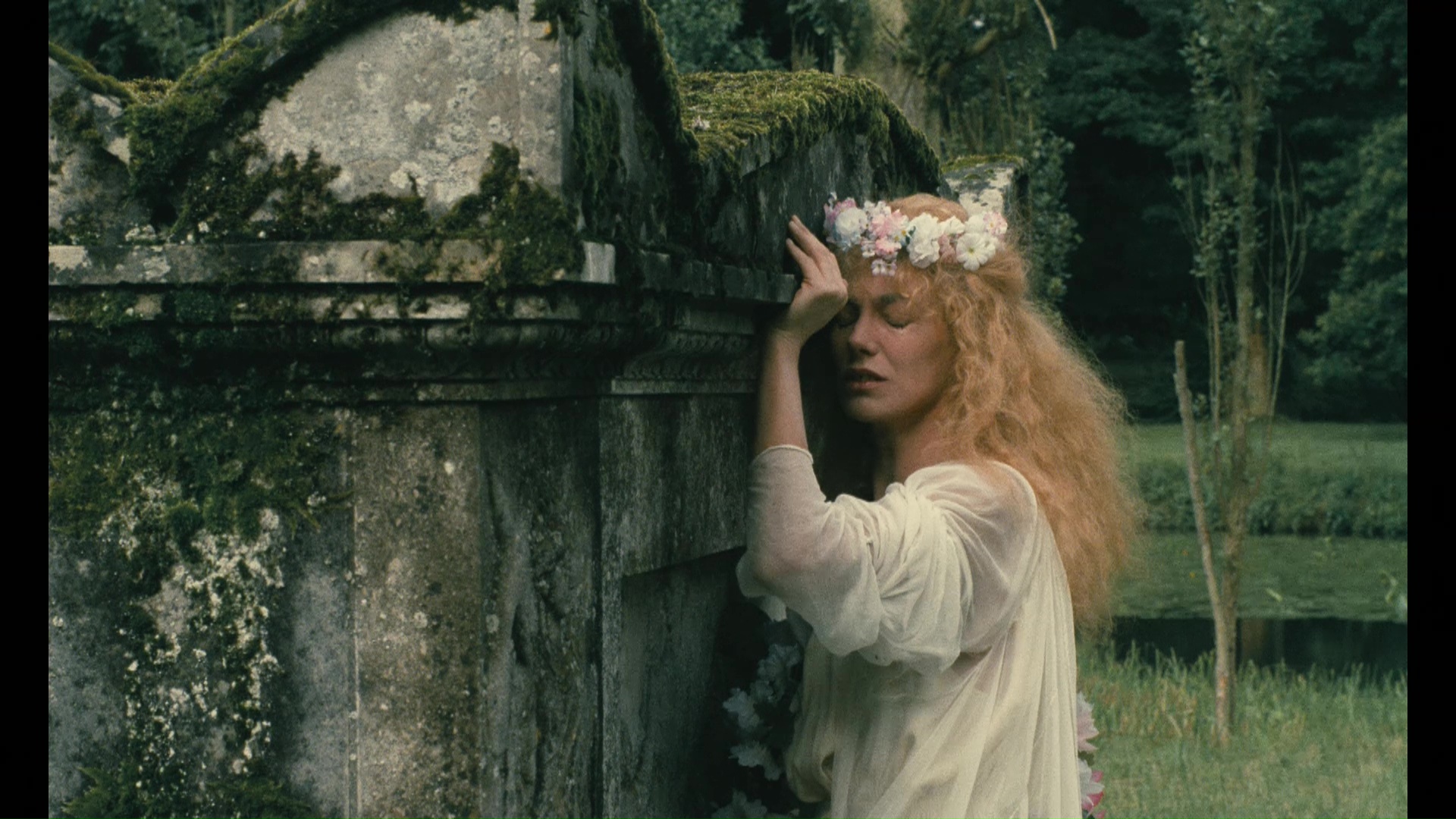 tribute to Joan of Arc.

Definitely better appreciated if you're familiar with either (or preferably both) of the women who put it together, this is a playful, lively, and often amusingly odd film that takes a winningly sunny view of being a woman in the limelight and trying to appear as normal as possible. The barrage of artistic references adds to the fun if you're up on your art history, and it's fun seeing Varda play around with the relationship between fact and cinematic fancy in a way she would explore in her next film (and the last to get a notable American theatrical release), Jacquot de Nantes, inspired by the childhood of her late husband, Jacques Demy.

Never given a bona fide release in the United States until now, Jane B. par Agnès Varda comes to Blu-ray looking spectacular courtesy of a 2K restoration by Ciné Tamaris under Varda's supervision. Varda's restoration work on both her own and her husband's films has always been top notch, and that's certainly the case here as there's really nary a flaw to be found in the very impressive presentation. 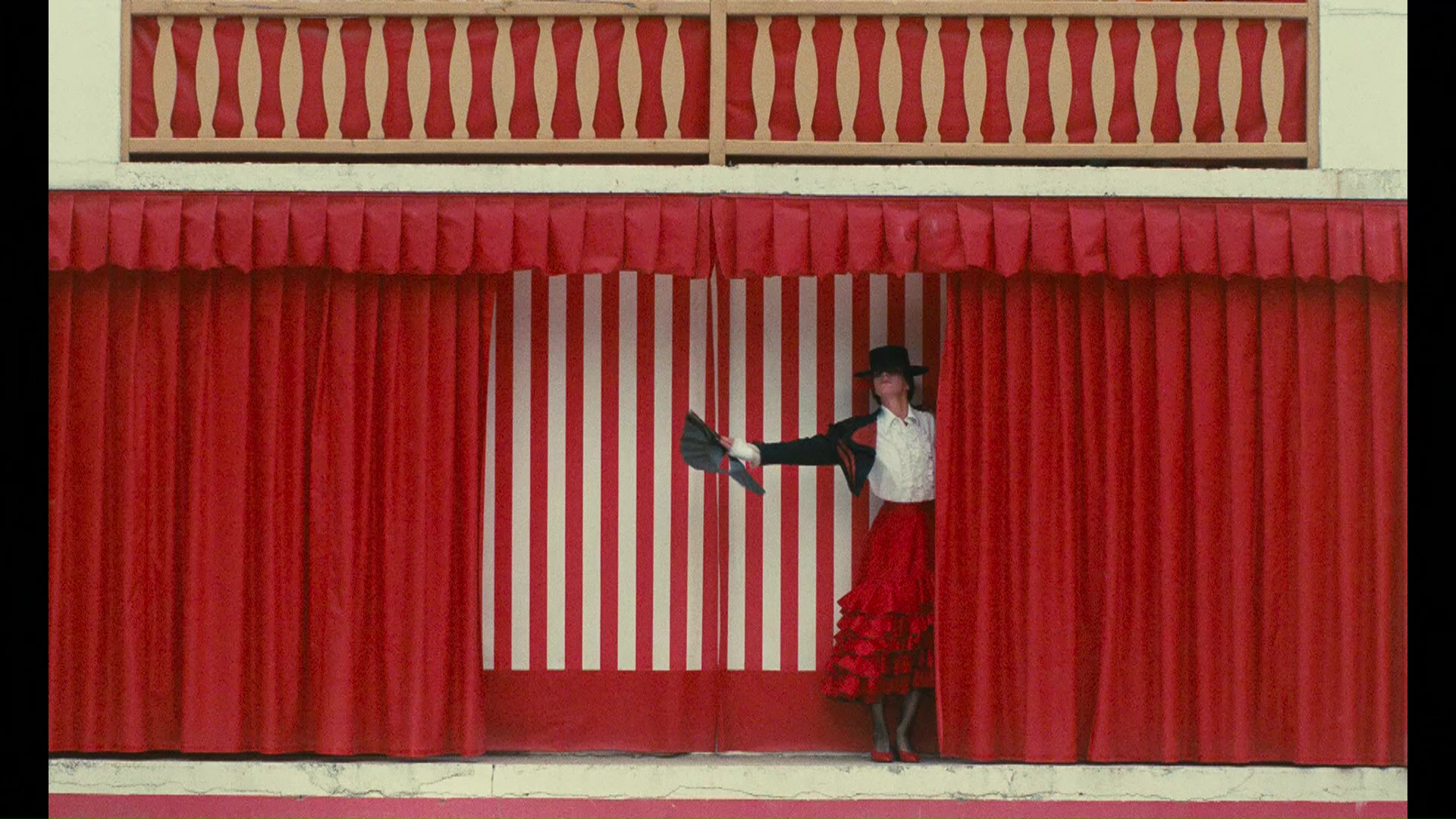 The DTS-HD mono audio reflects the mostly dialogue and music-driven soundtrack with optional English subtitles. Extras on this disc include a very 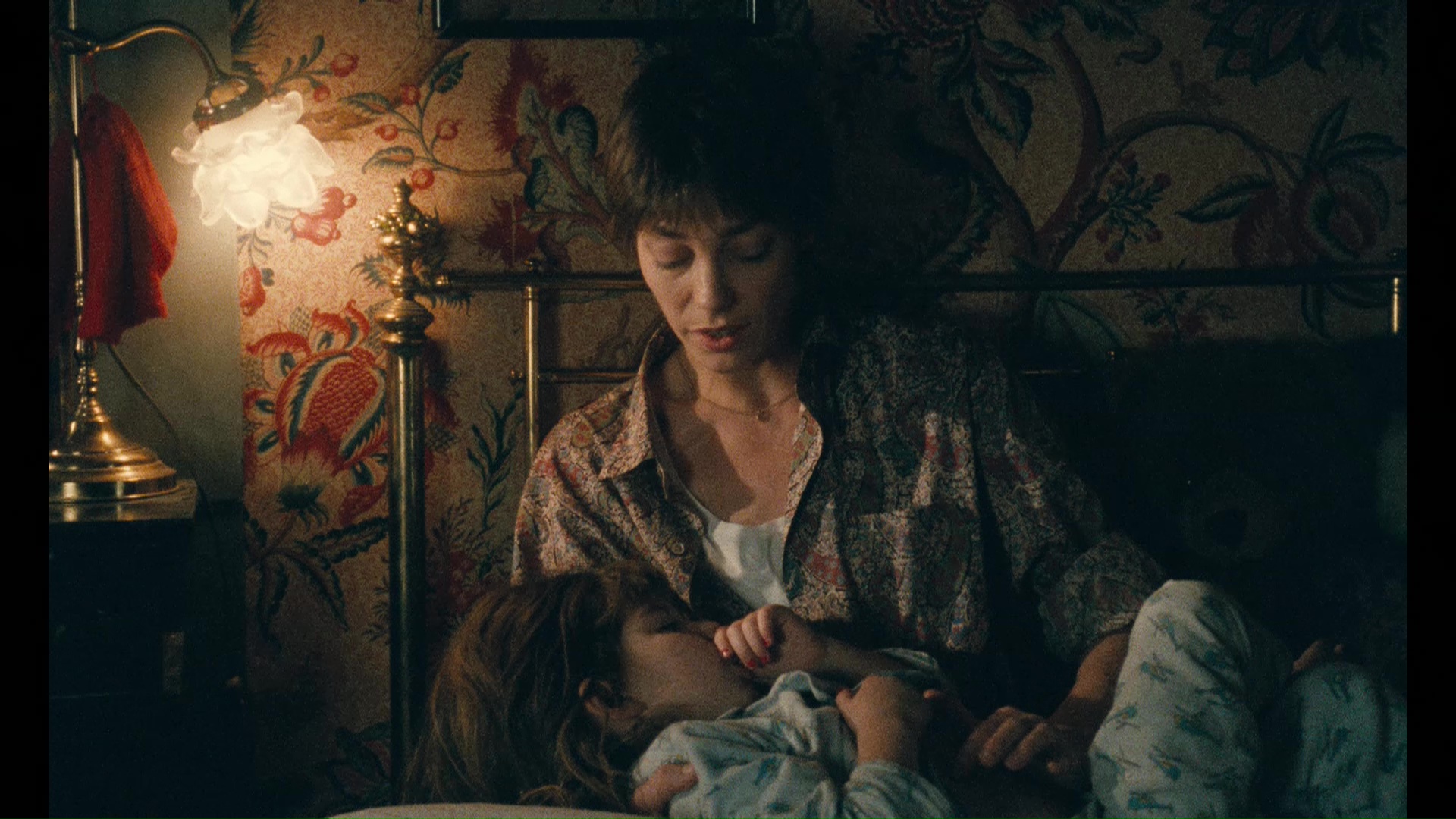 good, newly-created trailer (which music clearly meant to echo "Je T'aime Moi Non Plus") and a new 21-minute interview with Varda (in English) about the project and its complexities including the desire to capture a woman at her peak in her forties, the device of doing an imaginary retrospective reel of film clips, and the multiple takes on the subject derived from her own personal history.

The second disc features a purely fictional film made the same year (shot in the summer of '87 during a break in the previous production), Kung-Fu Master!, which was also released in some English territories (including its VHS edition from Prism) under the more traditional title, Le petit amour. Here Varda's own son, Mathieu Demy, is cast as Julien, the unlikely 14-year-old romantic interest of Mary-Jane (Birkin), a single mom with two kids, Lucy and Lou (played by her real-life daughters, Charlotte Gainsbourg and Lou Doillon). Usually busy trying to win the titular video game, Julien (a classmate of Lucy's) ends up getting sick thanks to the influence of his friends and ends up in the care of Mary-Jane after an earlier birthday party served as an icebreaker between them. A love story of sorts evolves between them (strictly PG-rated in its depiction here), much to Lucy's displeasure, and it's only a matter of time before their massive age difference and contrasting emotional maturity levels become a major issue. 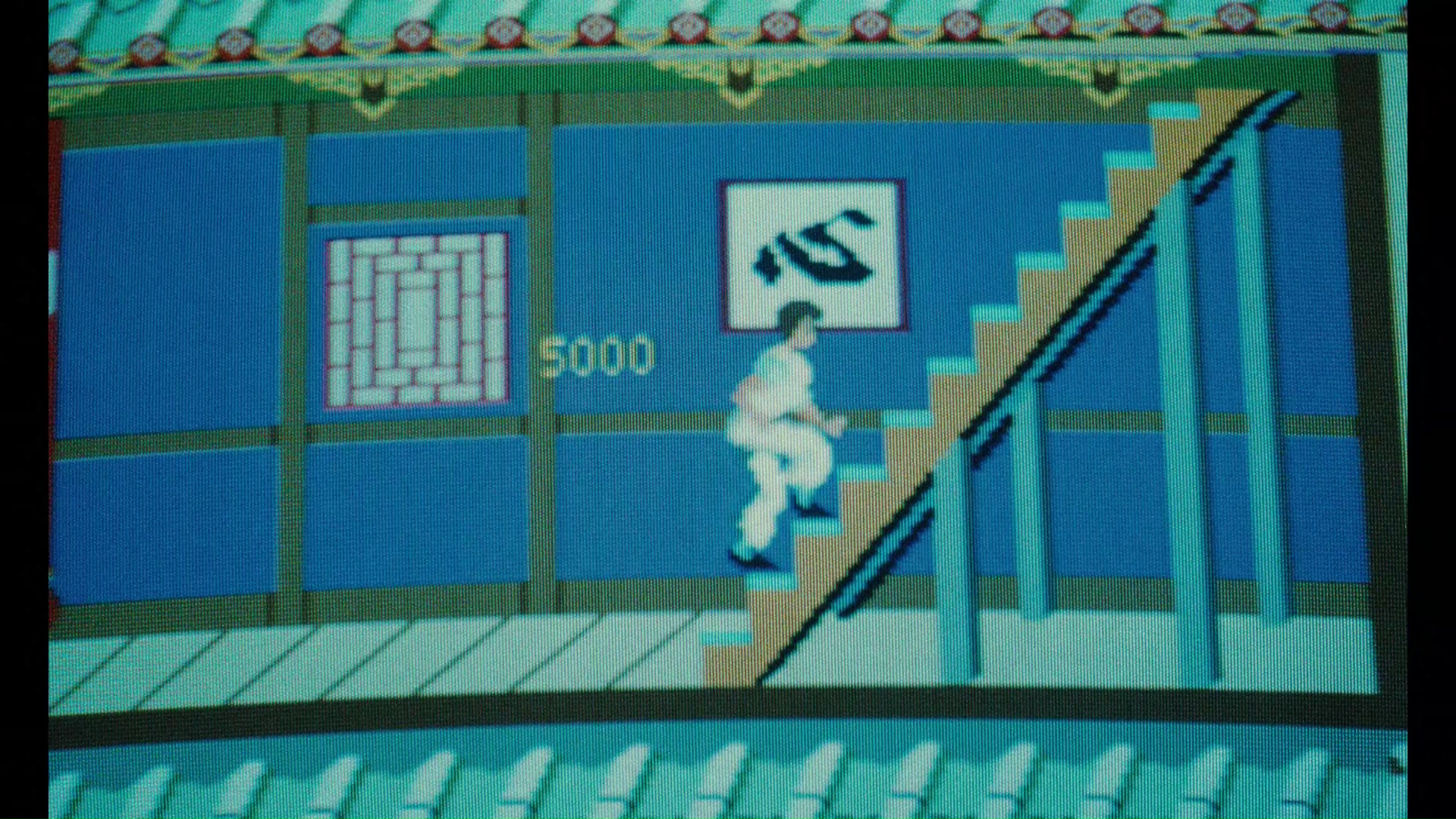 Essentially based on an idea floated in the previous Varda/Birkin film, Kung-Fu Master! sounds far more shocking than it actually plays out. It's unmistakably the product of the height of the AIDS crisis, 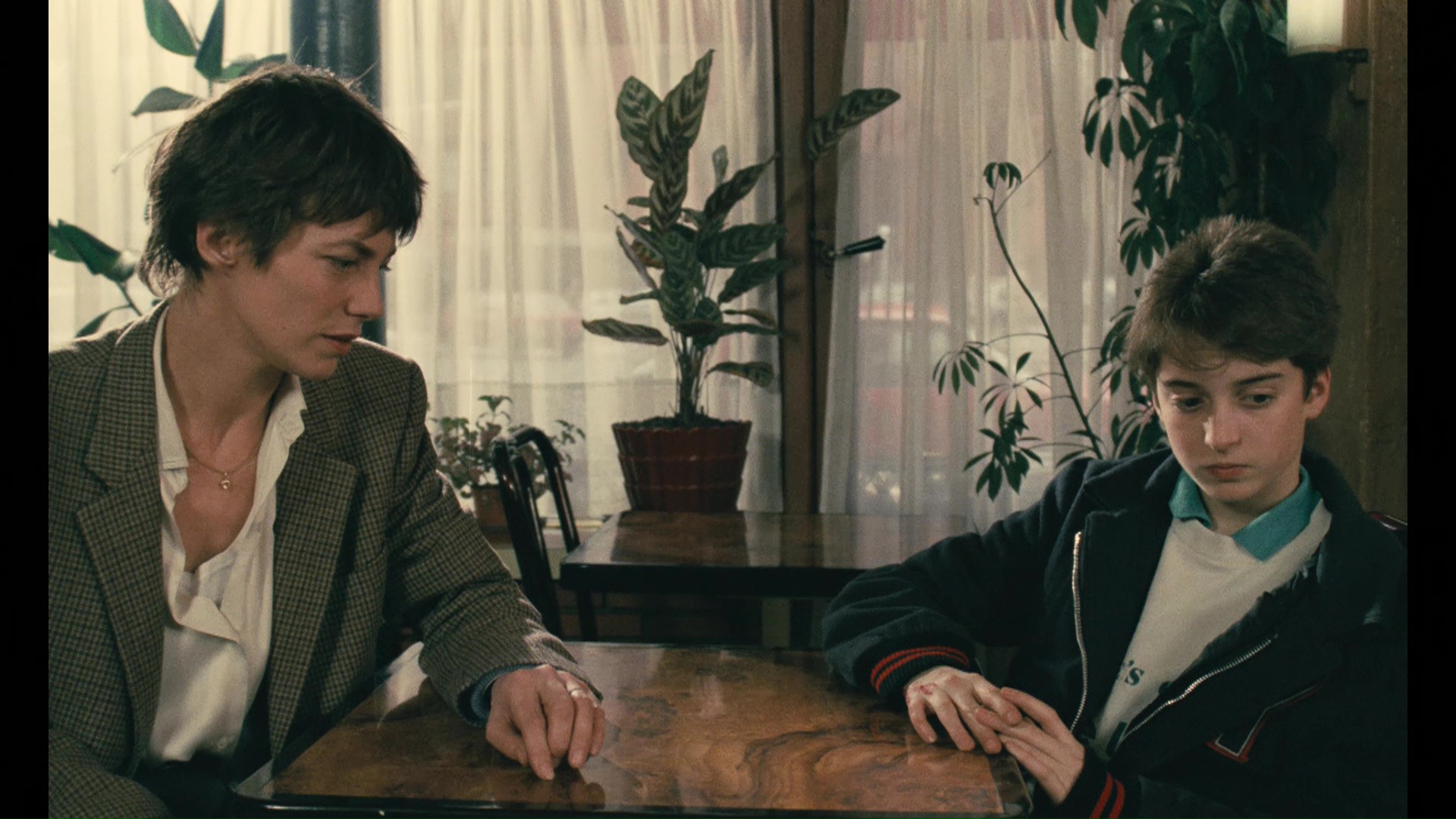 with TV PSAs and discussions occupying one hefty chunk of the running time and casting a somber undercurrent to the story's theme of the messiness of the human heart. The fact that Jacques Demy himself would die of AIDS-related complications two years later makes the film even more bittersweet, but as Varda herself remarks on this release's supplemental features, it's also a charming snapshot of two families in their prime with three childhoods captured on film forever.

As with the previous feature, the 2K restoration here looks excellent and easily outclasses any prior home video version. The 1.66:1 transfer is spotless and free of any distracting digital tinkering, and the DTS-HD MA French mono audio sounds great. Again the extras include a new trailer and a 26-minute Varda interview about the origins of the film, the AIDS crisis and attitudes about sex education at the time, the meaning of the video game, her thoughts on the two different titles, the story behind the TV discussion bit with Hugh Laurie and Stephen Fry, and much more. Also included is a 16-page liner notes booklet with an essay by Sandy Flitterman-Lewis and a Varda Q&A conducted by Miranda July