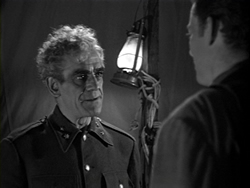 Producer Val Lewton made a specialty of creating ambiguous horror films during the World War II years, starting off with the classic Cat People and continuing with a remarkable string of titles through 1946. All of the films are distinguished by an uneasy relationship between rationality and the supernatural, with neither gaining the upper hand with any kind of certainty. For his last three horror films with RKO, Lewton teamed up with horror legend Boris Karloff beginning with Isle of the Dead, which had to halt shooting for medical reasons and was then resumed after Karloff came back to do The Body Snatcher. What's fascinating about these later films is that they can only barely be described as horror films in the traditional sense, especially their last film together, Bedlam; despite isolated moments of terror, they're really psychological portraits of people bucking against miserable social conditions through often extreme methods. 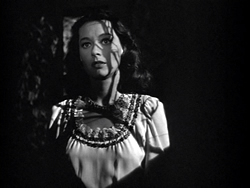 Despite its title (taken from a Boecklin painting seen in the opening titles rather than anything involving mass slaughter or zombies), Isle of the Dead focuses on a disparate group of people stuck on an island in Greece during the Balkan War in 1912. The ostensible ringleader is Nikolas Pherides (Karloff), a general returning to visit the burial site of his wife in an area where all the locals believe in predatory spirits called "vorvolakas." Along with an American reporter named Oliver (Cramer), they learn that the rampant vandalism of local graves has unleashed a plague that's responsible for the recent rash of deaths among the townspeople. Or is it? 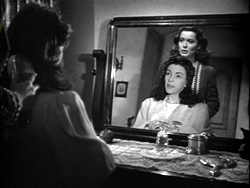 Atmospheric and sometimes striking, Isle of the Dead was the third Lewton production directed by Mark Robson, an editorial disciple of Orson Welles (on Citizen Kane and The Magnificent Ambersons) who had cut three earlier Lewton titles as well. Robson became a much more upscale and glossy Hollywood director starting in the '50s, culminating in a string of trashy cinematic paperbacks like Peyton Place, Valley of the Dolls, and Earthquake. It's almost jarring to be reminded of his leaner, meaner years here, particularly when the film takes a creepy detour into Edgar Allan Poe territory in its final third. The "buried alive" sequence in this film is its inarguable highlight and one of the most jolting moments in '40s cinema; for many fans, the entire film is worth it just for this payoff alone. However, you also get an atypical performance by Karloff, proving once again that he's much more than a simple cinematic boogeyman.

All of the Lewton RKO horrors were initially released on DVD in a six-disc Lewton horror set from Warner as well as a single-disc version paired up with Bedlam, both no-frills. The only Lewton to get a full scale, glossy restoration from top to bottom was Cat People, so all the others fall somewhere between very good to okay. Fortunately Isle of the Dead is one of the better-preservered titles from the bunch, and its first UK digital incarnation from Odeon carries that over to a single disc with the feature occupying the the platter by itself. A few shots here and there are a little more unstable than others, but by and large it's a solid enough (and budget-priced) presentation of an intriguing film from the closing days of one of horror cinema's most important cycles.