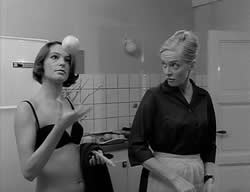 ghting Wives and his moody Euro-style erotic dramas, with this one followed by fare like Daddy, Darling and the excellent, still-elusive Young Playthings. The film also marked the starring debut for gorgeous Marie Liljedahl, who enjoyed a three-year career as one of the most striking softcore starlets in the world in titles like Dorian Gray, Jess Franco's Eugenie... the Story of Her Journey into Perversion, Grimm's Fairy Tales for Adults, and Ann and Eve. Though her career was short, she remained one of the iconic faces of the period, paving the way for future Swedish sex stars like Christina Lindberg.

By today's standards, Inga is fairly tame stuff; as much as the English-language posters tried to make this sound more shocking than the candid I Am Curious (Yellow) from the previous year, they really aren't even playing in the same sandbox. First seen studying her childhood toys as she hovers on the brink of womanhood, teenager Inga (Liljedahl) is sent to live with her hot-to-trot cougar aunt, Greta (Strömmerstedt), after her mother dies. Greta's love life has more than its share of complications as she's trying to secure financial security by dating her pervy neighbor, Einer (Ungewitter), but is actually spending her time in the sheets with the much younger Karl (Lassen), a penniless writer. Greta sees a way out of her predicament by trying to wave Inga in front of the jailbait-loving Einer, but the human heart never quite works the way it's supposed to.

Complete with shimmying teenage dance parties, doe-eyed seduction scenes, and just enough topless nudity to earn its sexploitation stripes, Inga proved to be the right combination for moviegoers. All of the actors are fine, but much of the credit has to go to Liljedahl, who confidently radiates star power whenever she's on the screen. Oddly, she actually spends several lengthy passages out of sight, but fortunately the soapy story is solid enough to keep 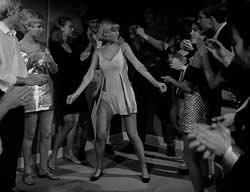 things moving along. As is typical of Sarno, the bittersweet ending doesn't really wrap up all the loose ends, choosing instead to leave a lingering mood over the viewer.

The first standalone disc of Inga (now discontinued) is repurposed here as the first of three DVDs in Joe Sarno's Inga Collection, and it appears to be the s 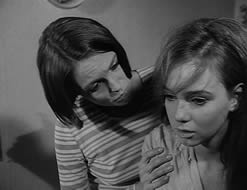 ame from top to bottom. The full frame transfer appears to be well composed for both the English-language version and the Swedish one (with burned-in English subs), which are comparable in image quality. They look fine and are apparently taken from the original negatives, though seen a few years on from the initial release they look a little weary next to the glossier HD overhauls granted to some of the film's contemporaries. The mono audio sounds fine for both, and as for which version to watch, it's really a toss up; the English dub has its charms, while the Swedish one is more authentic. Otherwise it's really too close to call. The biggest extra is an audio commentary with Joe and Peggy Sarno, with the latter remembering much more about the production as she talks about everything from the costumes to some unsimulated activity on the set to wrangling the leading lady (who apparently went through a bit of an attitude shift between this and the sequel). Moderator Bruce Hallenbeck and distributor Sam Sherman are also on hand, but they mostly stay out of the way and let the Sarnos do most of the chatting. Speaking of Liljedahl, she pops up for an audio interview (accompanied by lobby cards and promotional art) in which she talks about getting her first big gig, while the rest of the extras consist of two heavy-breathing trailers and bonus ones for films like 2069: A Sex Odyssey and The Female Animal. 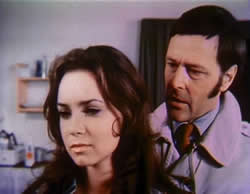 Not surprisingly, Sarno and Liljedahl teamed up again for the far steamier 1969 sequel, The Seduction of Inga, lensed in voluptuous color and featuring a catchy theme song by ABBA's future male component, Benny Andersson and Bjorn Ulvaeus. Inga returns here as an older, sexually experienced sex kitten who's broken up with Karl, her boyfriend from the previous film. Fortunately her loss is soothed by a relationship with her employer, older novelist Sig (Lindberg), who offers an escape from the dismal flophouse where Inga spends her nights. However, Sig's life is complicated by his scheming ex, Greta (Sundh), who has more than a few tricks up her sleeve. Carnal temptation for Inga also arrives in the form of neighbor Rolf (pop star Blom), a counterculture musician who appeals to her baser instincts. Which path will she choose?

Once again the plot here is pretty familiar territory with a girl torn between two very different men, but Sarno's film isn't afraid to play dirty and honest with a couple of nasty curve balls waiting in the third act to keep viewers on their toes. Liljedahl is an intense, uninhibited and appealing presence as usual, and the stylish, slightly bitte 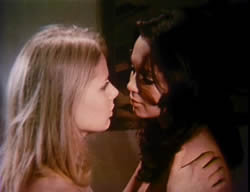 r late '60s vibe creates a compelling experience unlikely to be duplicated again. However, the story moves at a slower pace than the original and comes off as a bit dispiriting in the end; it's no great shock to learn that the age of Free Love was soon to disappear.

The amount of sizzle you get with this package will depend largely on which version you choose to view. The second DVD contains a lackluster, cropped transfer of the original export cut, prepared to Sarno's specifications. The third disc offers the extended "grindhouse cut," prepared again by Gross and featuring some inserted footage to spice up the sex scenes. This one looks far better with nice colors and accurate widescreen framing. Both versions are dubbed in English and not 16x9 enhanced, for whatever reason. Both Sarnos and Liljedahl pop up again for a 20-minute retrospective documentary, "Innocence Lost: The Story of Inga" (with most attention given to the sequel). All three recall the 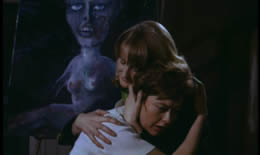 film with varying degrees of clarity (Joe Sarno wins hands-down this time), and Liljedhal (still wearing a distinctive leather get-up a la her interview on Blue Underground's Eugenie disc) still cuts an imposing figure. "Memories of Inga," a sort of mini-commentary over a series of images related to the film, is the audio recollections of producer Vernon Becker. Also included are a newly created music video for the title song (complete with snippets from both films), a trailer for Sarno's Lust for Laura (shot on video, alas), and a clutch of Sarno trailers including Butterflies, Swedish Wildcats, Girl Meets Girl (Bibi), and Veil of Blood (as Vampire Ecstasy).

Best of all in the extras section is another complete (albeit Inga-free) Sarno film. Once thought lost, The Indelicate Balance is a colorful chamber psychodrama about an artist and his wife who return home for a highly dysfunctional family reunion that sends the wife into the arms of another woman and triggers a series of traumatic revelations. Letterboxed and presented in decent shape, the film was taken from the sole surviving film element (with a few nicks and tears) and is a must for Sarno fans. In fact, this would probably make a better intro for newbies than either version of the main feature. Peggy Sarno returns for an audio commentary with sleaze collector and archivist Gary Huggins (who uncovered this one) and video label producer David Fine, including a fun analysis of the film's soundtrack including its prominent use of a certain Shostakovich piece that will sound very familiar to fans of Michele Soavi's StageFright (and, uh, Mighty Peking Man). Both of these DVDs were earlier released as a two-disc set in 2004, but that also went out of circulation and started commanding steep prices online. Now you can get the entire Inga experience for the price of one; who could say no to that?