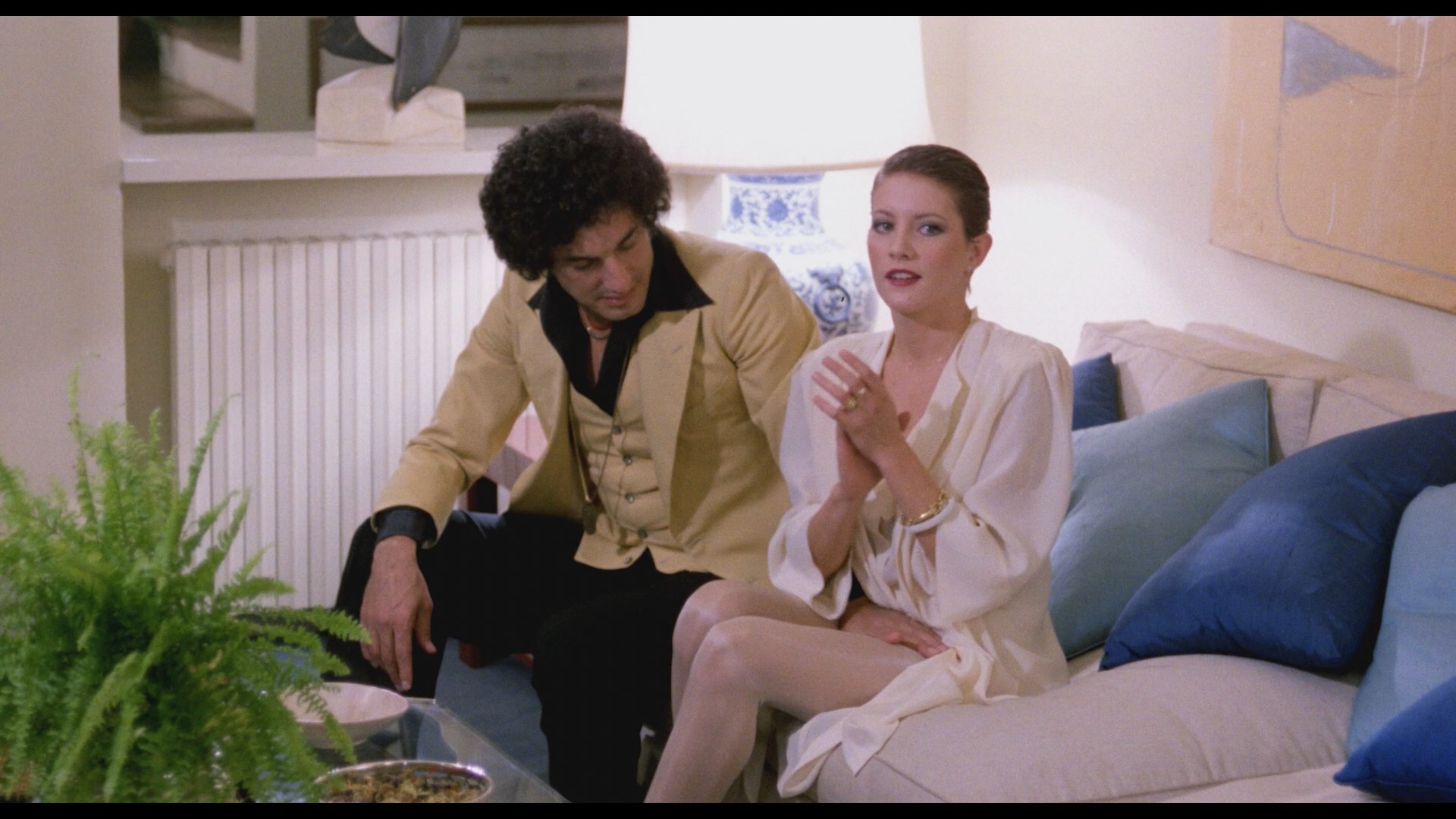 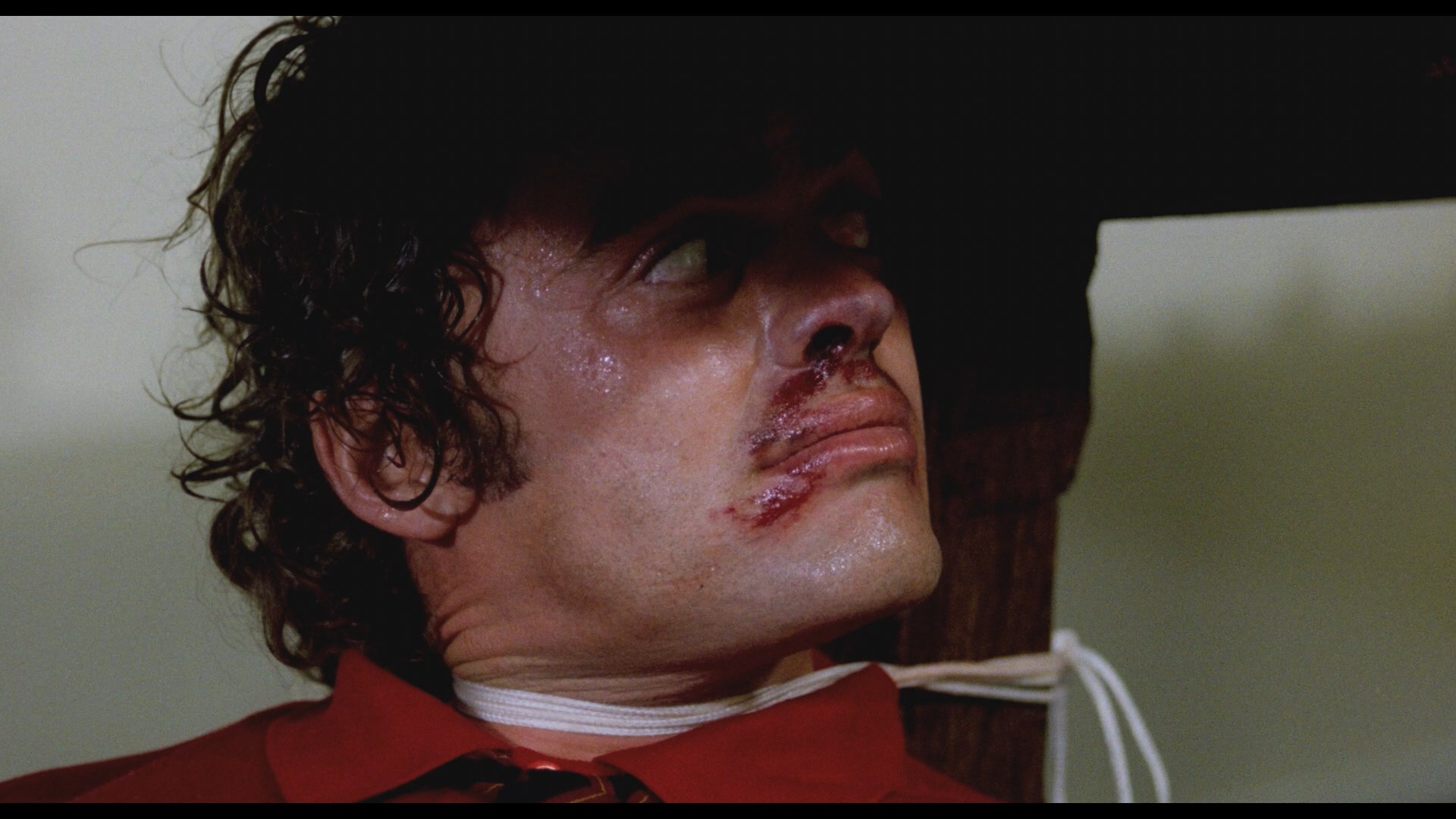 This obvious European riff on Wes Craven's Last House on the Left, known in Italy as La casa sperduta nel parco, ranks just behind director Ruggero Deodato's Cannibal Holocaust as his most familiar and notorious work. In a highly appropriate piece of casting, thespian incendiary device David Hess (Last House's psychotic Krug) takes center stage as a scenery-chewing brute hell bent on making life rough for a bunch of bland yuppies, and while Deodato's opinion of this magnum sickus has waffled over the years, the film itself remains a vital contribution to early '80s shock filmmaking.

Alex (Hess), a lowlife mechanic, is preparing to head out in his best disco duck suit for a night of boogie action with his mentally deficient pal, Ricky (Giovanni Lombardo Radice, a.k.a. John Morghen). However, a couple of rich folks stop by the garage at the last minute and ask for help with their car. After Alex and Ricky reluctantly help out, the boring couple asks them to tag along for a little party out in the suburbs. The party proves to be pretty bland, mostly consisting of poker games and bad dancing, though rich brat orchestrator Tom (Tenebrae's Christian Borromeo) doesn't seem to mind Alex and Ricky taking advantage of a few female guests. Pretty soon Alex is spinning out of control, raping and tormenting his hosts in a self-destructive orgy like an uncontrolled animal.

While Hess' relentless performance ultimately drives the film, European sleaze fanatics will be more interested in the supporting players. Radice, the oft-abused star of Cannibal Ferox and Lucio Fulci's The Gates of Hell, walks his usual thin line between endearing and hammy, while fellow Cannibal Ferox alumnus Lorraine De Selle appears as the glowering Gloria. Considering the film's horrific reputation, it's surprising that the actual body count including the rape/murder prologue only amounts to two. Most of the violence is psychological, though Hess does provide a grueling and appallingly gratuitous straight razor torture scene on visiting "virgin" Cindy 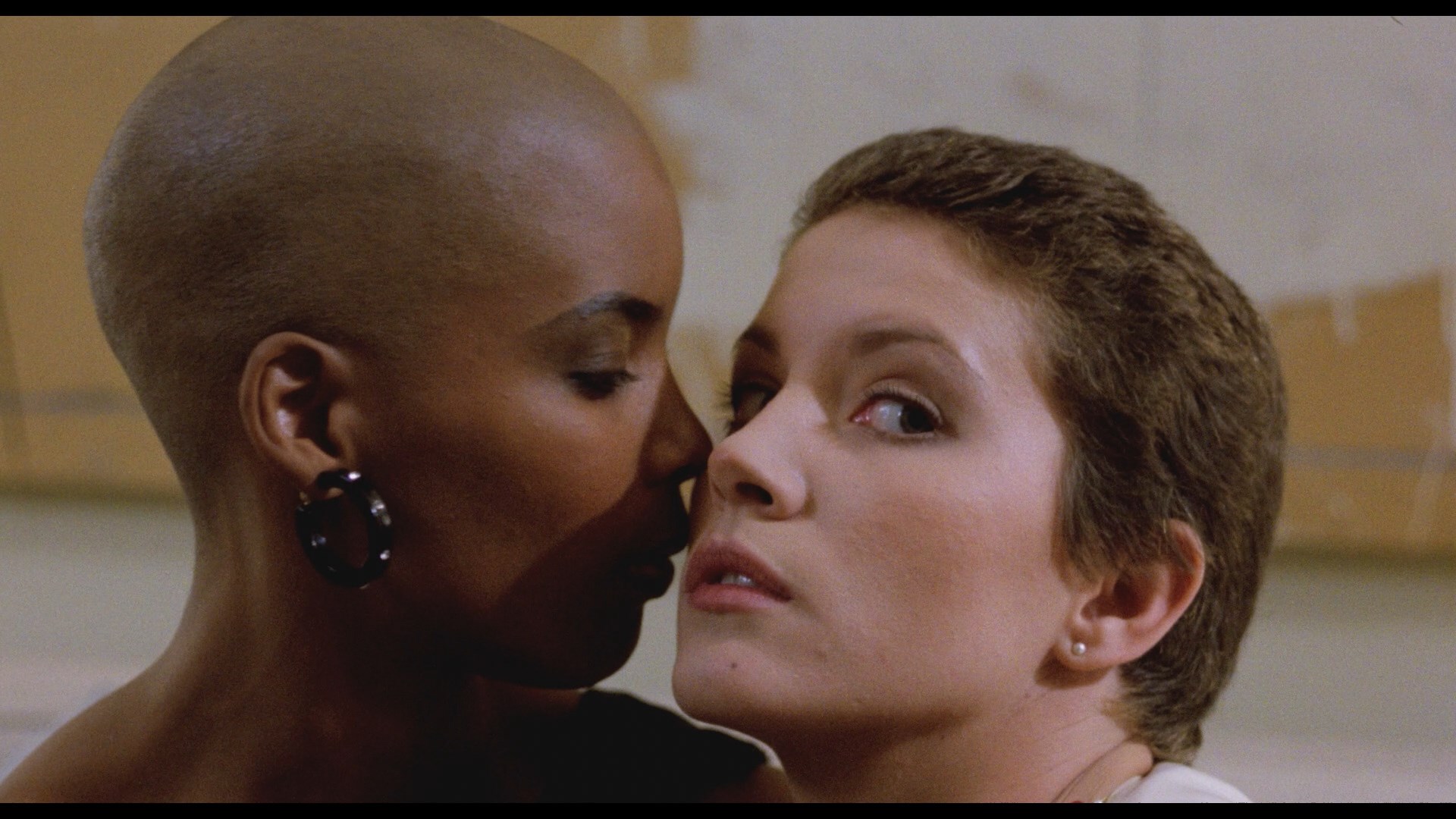 (Petronio) just for kicks. This dubious scene aside, House is far less harrowing than Craven's model, not necessarily a bad thing. 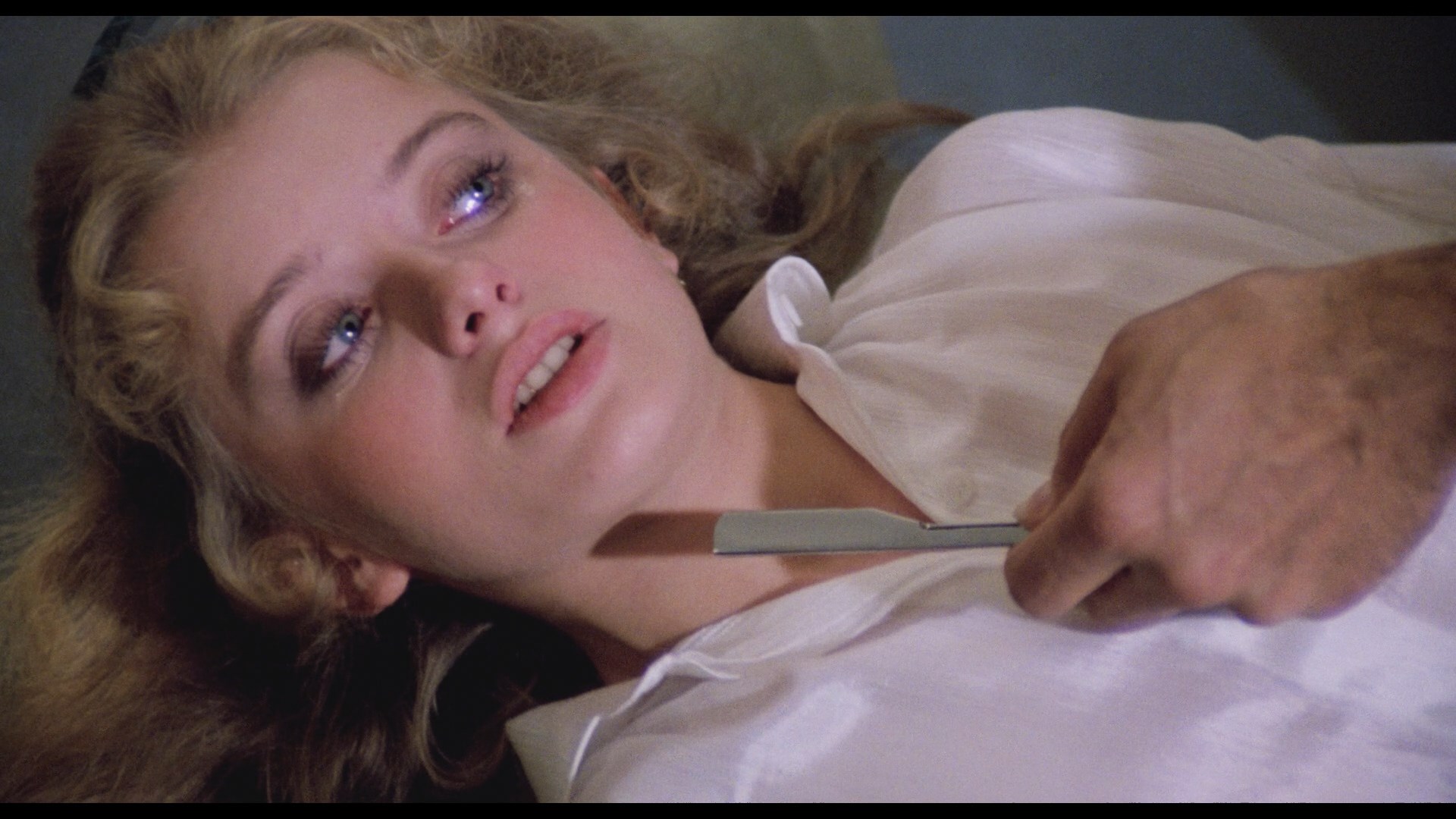 Composer Riz Ortolani's contribution consists primarily of two insanely catchy songs, one of them a bona fide disco classic, while cinematographer Sergio d'Offizi (Cannibal Holocaust, Don't Torture a Duckling) gives the sordid subject a suitably stylized, quasi-American visual gloss. Much of the attention directed towards this film focuses on the surprise ending, which rips open an alarming number of holes in the plot but does provide a memorable and strangely resonant final scene. Not a classic by any means, but they sure don't make 'em like this anymore.

The House on the Edge of the Park was most widely discovered in the U.S. by '80s horror fanatics thanks to Vestron's fuzzy but uncut VHS release. The first laserdisc and DVD editions came from Holland's EC Entertainment, and while the transfer was an improvement, it suffered from soft detail and blunt splicing of the Italian opening and closing titles into the print. The EC disc also contains a German audio track. Despite its extreme subject matter, House only encountered notable censorship difficulties in the U.K., where it was finally unleashed on the public via Vipco's watchable but trimmed transfer, neutered courtesy of the BBFC. (Not surprisingly, poor Cindy's ordeal wound up mostly on the editing room floor.) The first American digital release courtesy of Shriek Show's DVD sports a crisp anamorphic transfer, completely uncut, with much better audio than the crackly Dutch disc. Detail is much stronger than prior video transfers, and colors look nicely balanced and vivid. The only drawback is some occasional motion artifacting and ghosting, likely the result of PAL conversion. All of the DVD editions include the lively and very sleazy European trailer, which features most of the film's copious frontal nudity (except for Hess's), the usual violent highlights, and spastic editing that would make Russ Meyer proud, as well as a humorous mangling of the film's English title. The Shriek Show disc also contains video interviews with Ruggero Deodato (who characterizes Hess as a good coworker but "too greedy" and revises his previously negative comments about the film) and the always entertaining and flamboyant Radice, who offers amusing backstage stories involving his sex scene with pal Lorraine de 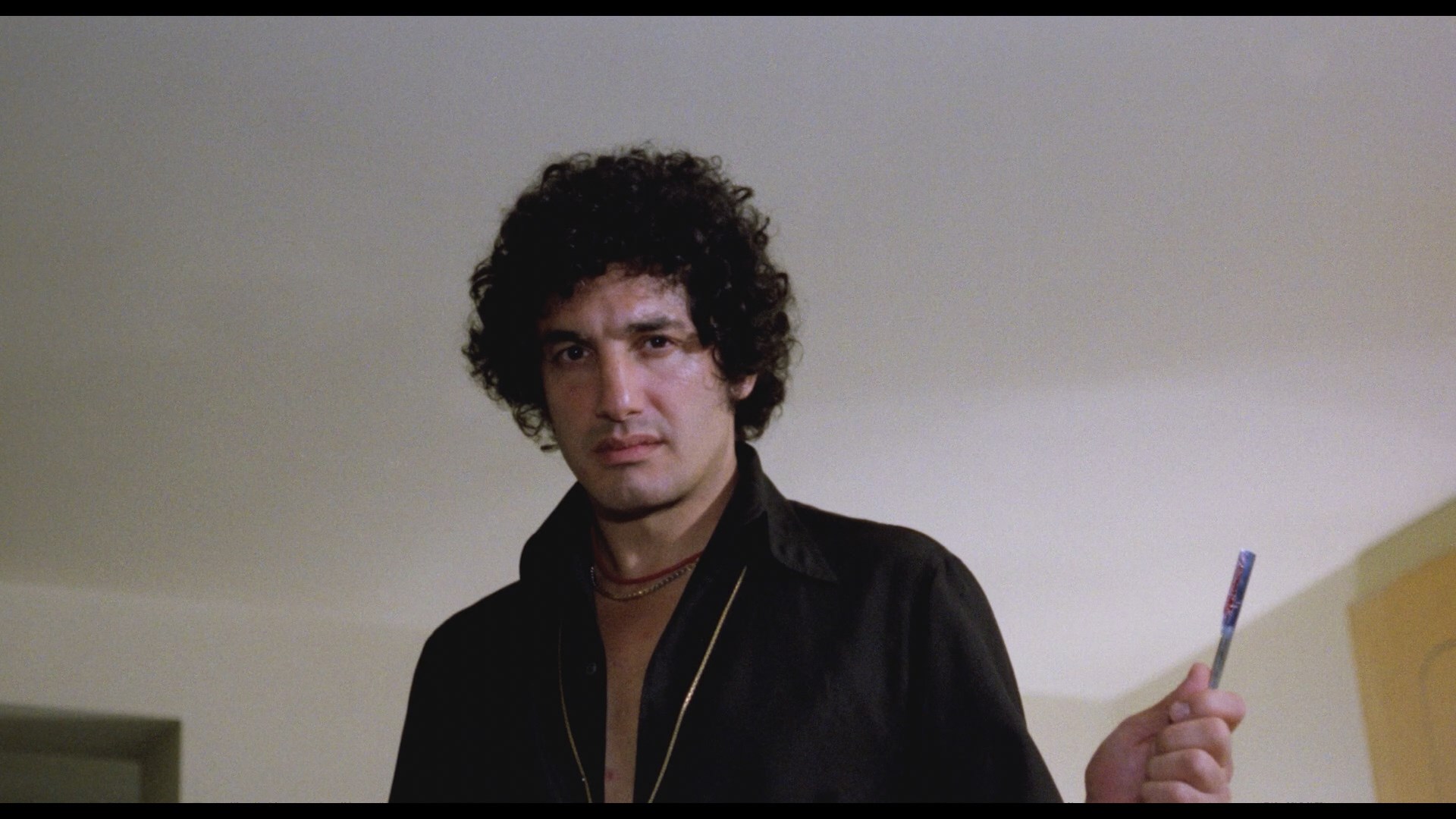 Selle (Cannibal Ferox) and his rapport with his other actors. However, the real centerpiece is a 36-minute interview with Hess, who offers some extremely candid observations about the film. He painfully dodges a question about the opening (and fairly explicit) rape scene with his real-life wife (who also appears for three minutes solo at the end of the interview), but otherwise it's fair game as he alternately praises and bashes his fellow actors, professes to a no-faking sex scene with Annie Belle (though eagle-eyed viewers will find this highly suspect), and offers sometimes contradictory views of this film's relationship with Last House on the Left. 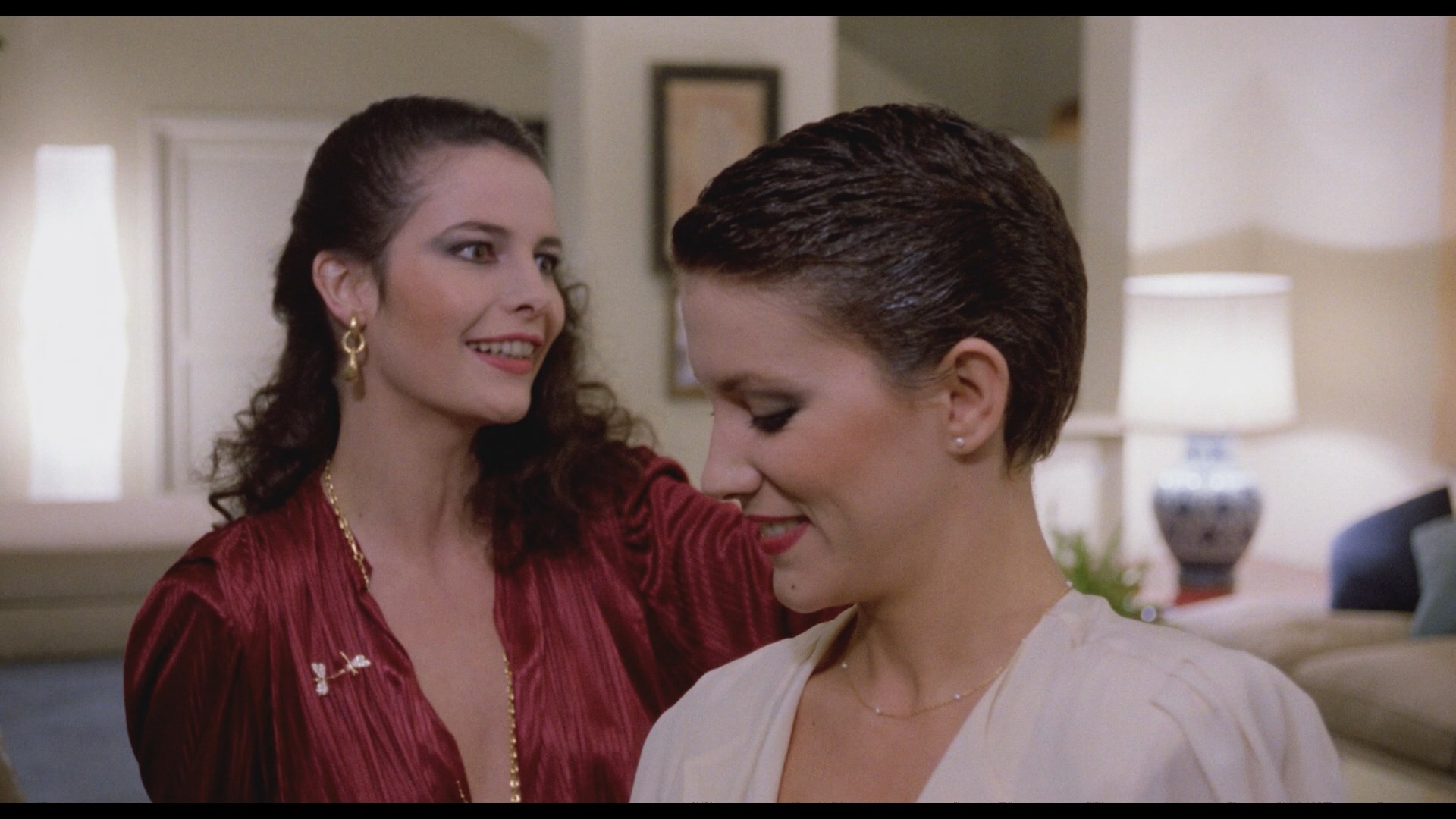 Casey Scott also contributes some affectionate liner notes, though the dismissal of the film's cinematography isn't entirely justified considering the effective, sometimes eerie results achieved by filming within such a confined, stylized space. A 2011 UK reissue from Shameless adds Hess and Deodato interviews and a piece about the film's censorship, but thanks to the continuing absurdity of the BBFC, it's still cut.

The first Blu-ray release of the film came out in Italy with a highly flawed transfer riddled with that perpetual genre HD annoyance, rampant scanner noise, which results in a coarse and artificial image that looks like it's been layered with a distracting Photoshop filter. The English track is missing here, but oddly enough, it does have the Italian track with optional English subtitles. The subsequent U.S. Blu-ray from Code Red tries to mitigate the damage as much as possible with a great deal of additional color correction and more balanced black levels, but there's only so much you can do with such a deeply compromised master. It's still watchable, and relatively speaking it's more detailed and probably the best-looking version out there, but the room for improvement is massive. Like the Italian disc, it's also moderately windowed on all four sides for no good reason; in this case the presumably textless opening credits of the master have been augmented with new, digitally-created English credits that don't look convincing at all; fortunately the Italian closing titles remain intact. Hopefully someone can wrest the original elements out of the licensor's hands at some point long enough to do a competent HD scan down the road. The DTS-HD English mono track sounds modest as well, with hiss and crackling throughout. Extras are essentially the same as the Media Blasters release, namely the three video interviews and the English trailer.