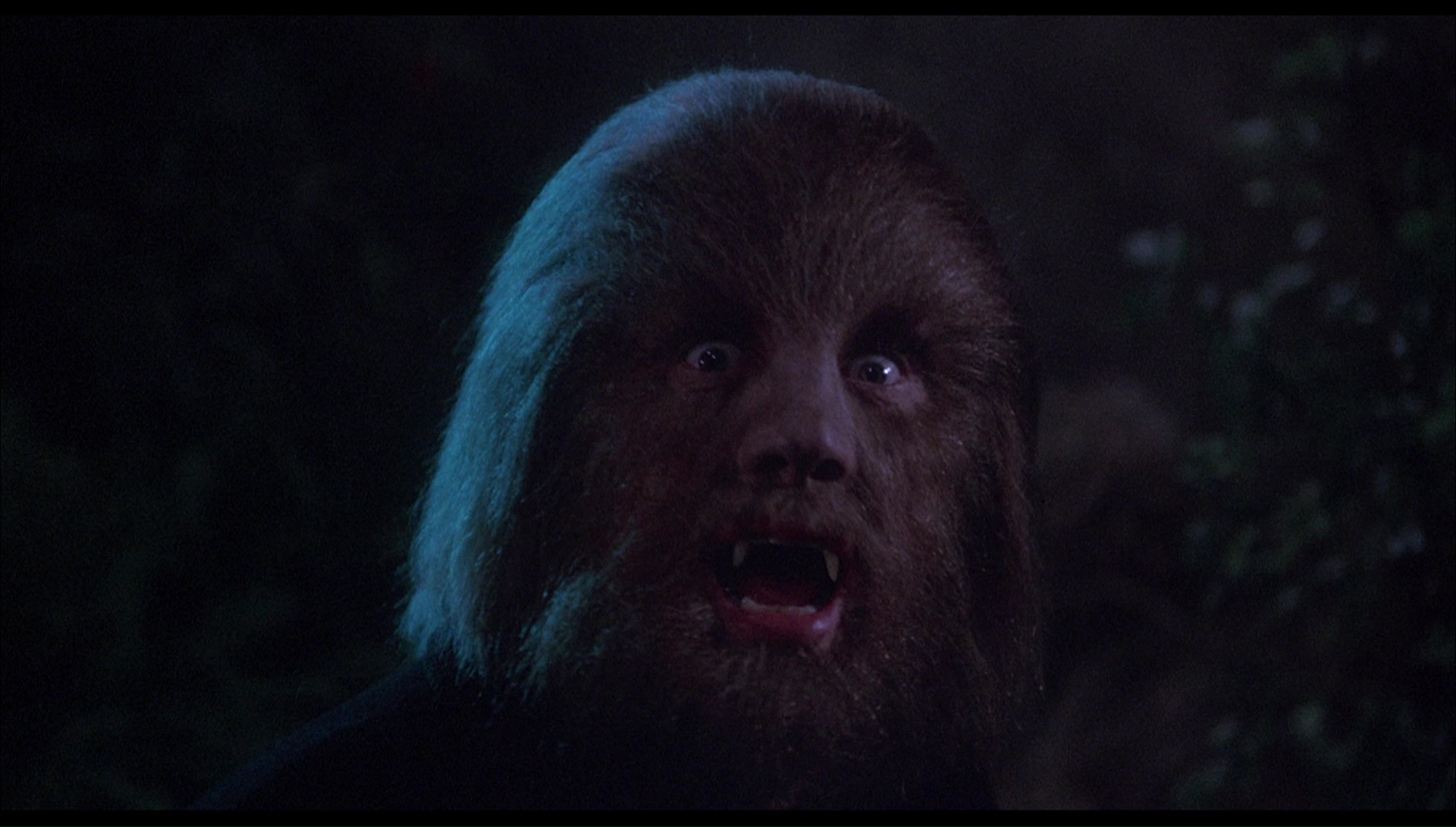 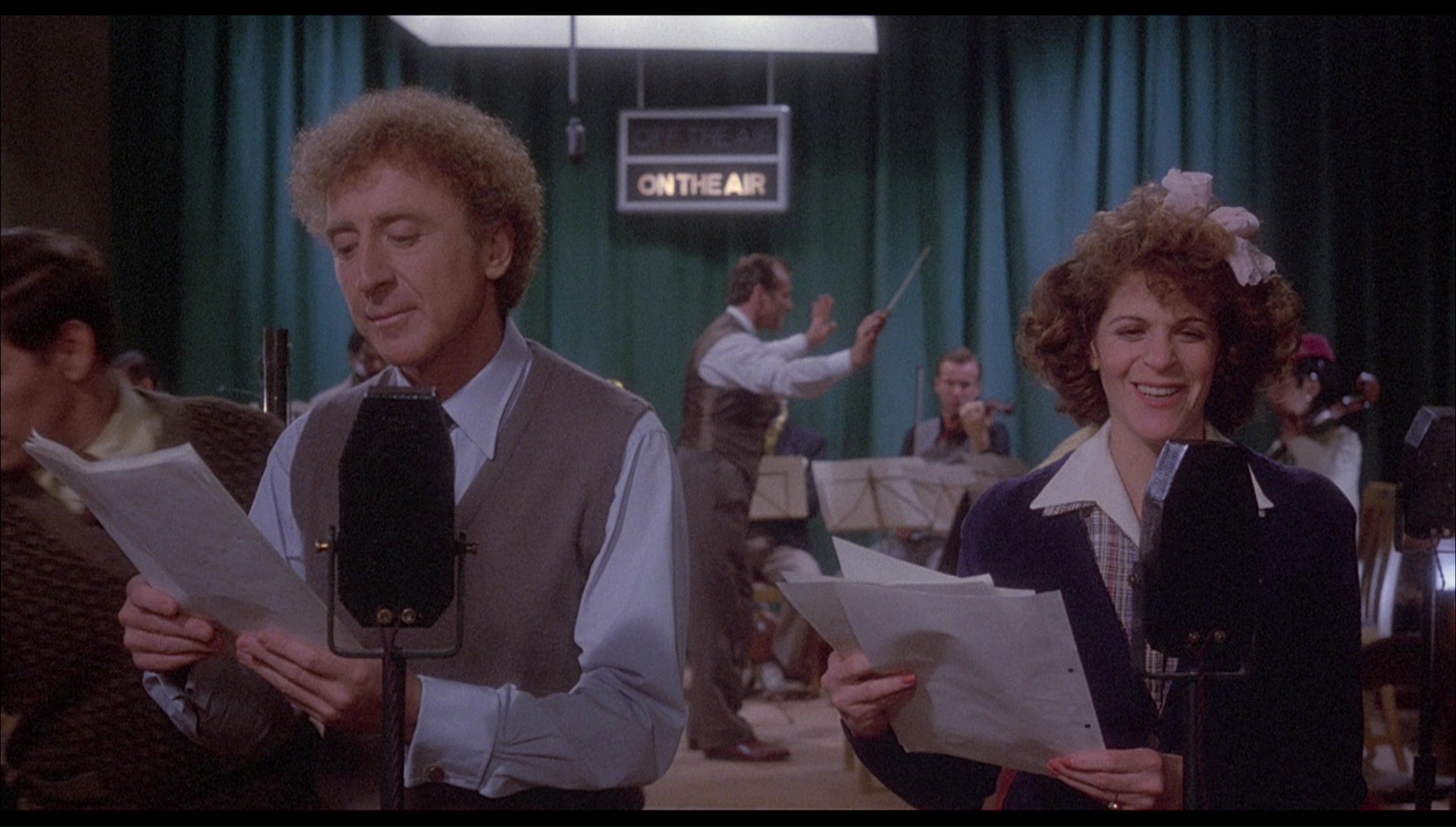 Though Mel Brooks may have cornered the market on genre spoofs in the '70s and '80s with films like Young Frankenstein, Blazing Saddles, and Spaceballs, he was hardly the only one playing in that particular sandbox. In fact, perhaps Brooks's greatest leading man, Gene Wilder, carved out a solid niche for himself behind the camera directing The Adventure of Sherlock Holmes' Smarter Brother, The World's Greatest Lover, and this affectionate ode to the golden age of spooky radio and monster movies. It's also the last of three films he made with his wife, Gilda Radner, before her death in 1989, giving it an extra layer of poignancy.

Superstar radio performers Larry Abbott (Wilder) and Vickie Pearle (Radner) have just announced their plans to marry, even indulging in a chat with the press before performing the latest episode of their hit show, Manhattan Mystery Theater, entitled "Haunted Honeymoon." Little do they know that their lives are about to take a macabre turn as well his uncle, Dr. Paul Abbott (Pieces' Smith), shows up at the studio with a possible cure for Larry's anxiety and escalating speech impediment: a return to his ancestral home, where the engaged couple might also enjoy some romantic time away from work. As the opening teaser involving a murdered man in maid drag and a marauding werewolf, something is most definitely amiss at the Abbott estate -- and a murderer is on the loose with plans to bump off Larry when he's announced as the sole heir of his flamboyant aunt Kate (DeLuise), who announces at dinner that someone present is a werewolf (shades of The Beast Must Die). Soon monstrous threats and greedy relatives abound as the plan to scare away Larry's anxiety overlaps with a very real menace all around him. 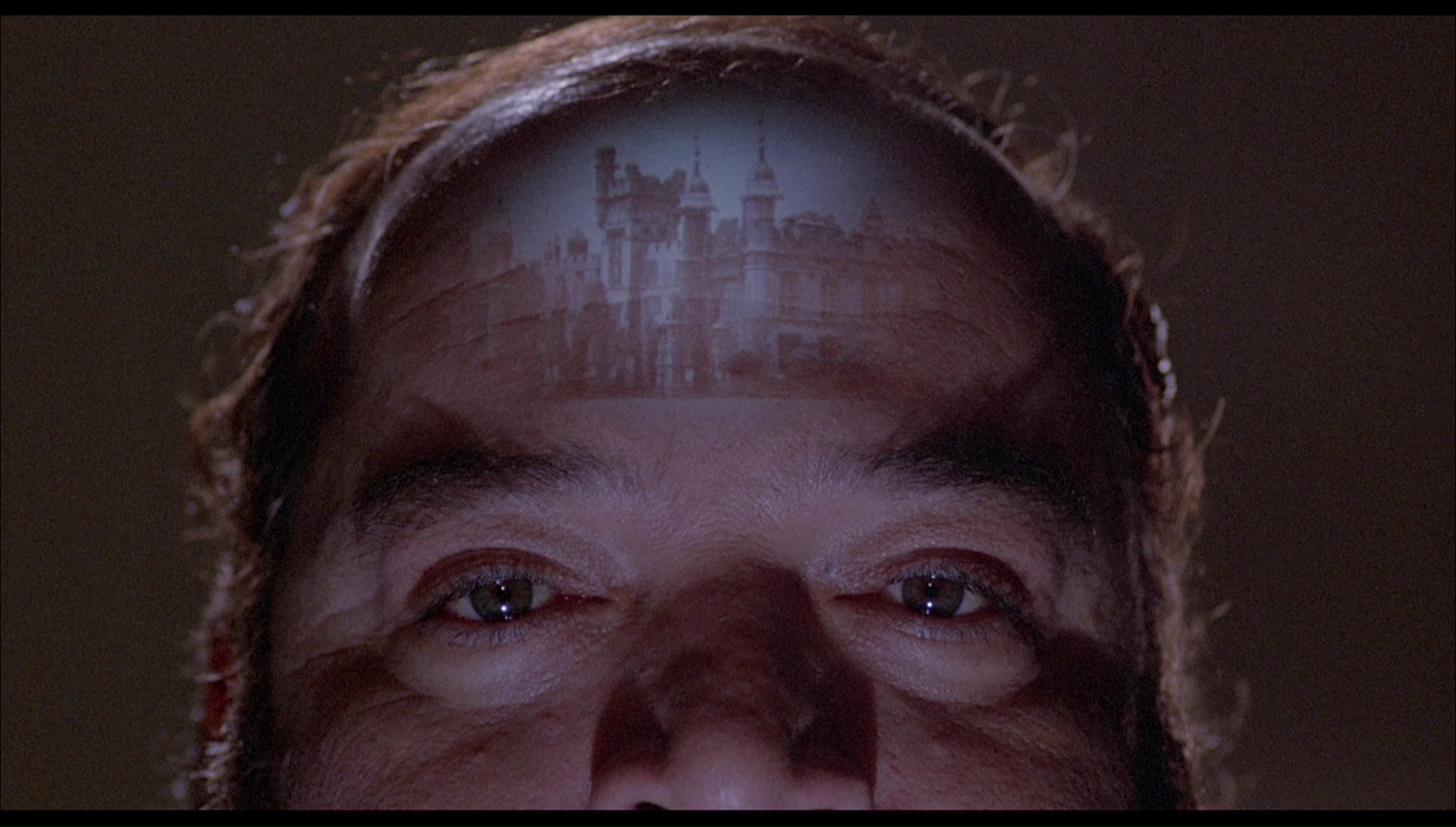 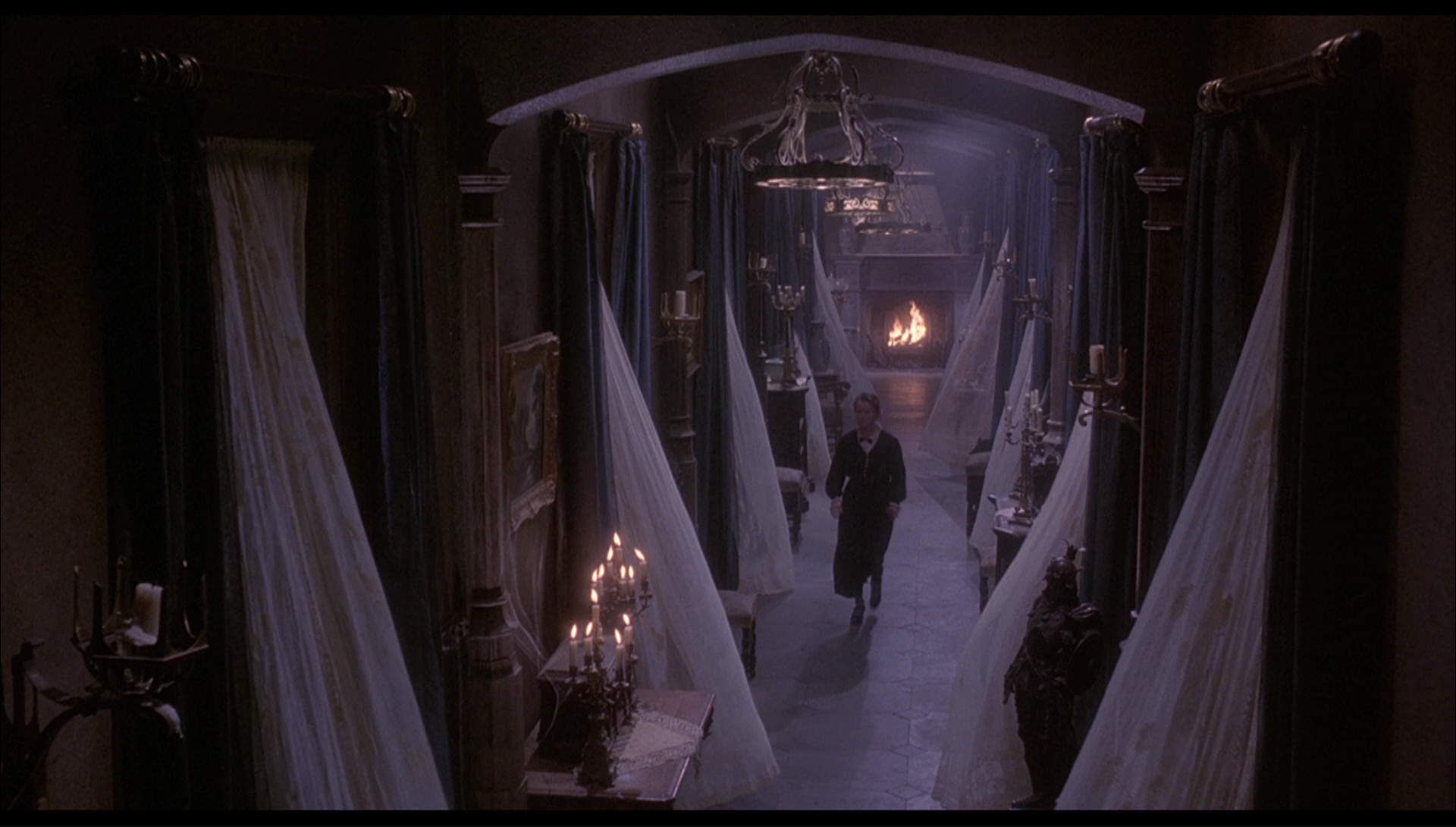 Filled with visual and verbal nods to a slew of classic thrillers and horror films (The Old Dark House, multiple versions of The Cat and the Canary, The Ghost Breakers, Beauty and the Beast, etc.), this one's a great slice of cinematic comfort food if you're in the right frame of mind. The film was critically dismissed and ignored by most audiences when it was released by Orion in the summer of 1986, which, aside from The Fly and Aliens, was packed with genre films that misfired at the box office but became cult favorites (Big Trouble in Little China, Manhunter, Vamp, Maximum Overdrive, and Psycho III, to name a few). Fortunately time has been very kind to the film, with the three leads offering spirited performances bouncing nicely off a solid supporting cast including bushy-eyebrowed Brian Pringle (Drowning by Numbers) as the family butler, Jonathan Pryce (Brazil) sporting an odd American accent as bad boy cousin Charlie, and Peter Vaughan (Straw Dogs) as the elder man of the house. Regular Brooks composer John Morris also contributes a lively, enjoyable orchestral score that progresses nicely from his work on the prior year's Clue, and the decision to do all the special effects in-camera (supervised by the great John Stears) results in some beautifully elegant images involving superimpositions and other camera trickery. It's also one you can show to the whole family, except for maybe the scene with Gene Wilder getting aroused by Donald Duck imitations and getting fresh with a dead body in drag. (Don't ask.) It's all very slight and lightweight, but this is one that definitely deserves a better reputation. 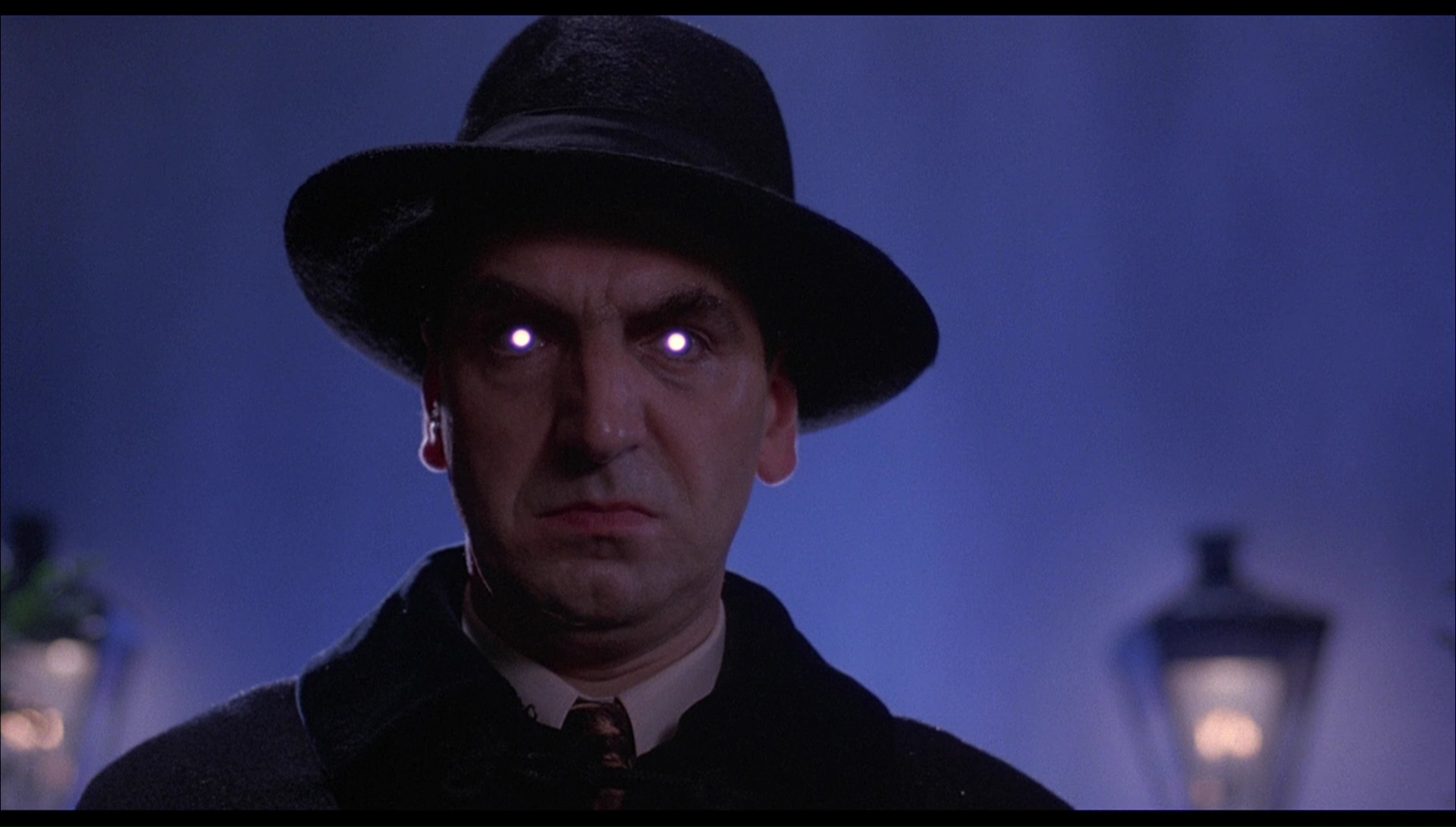 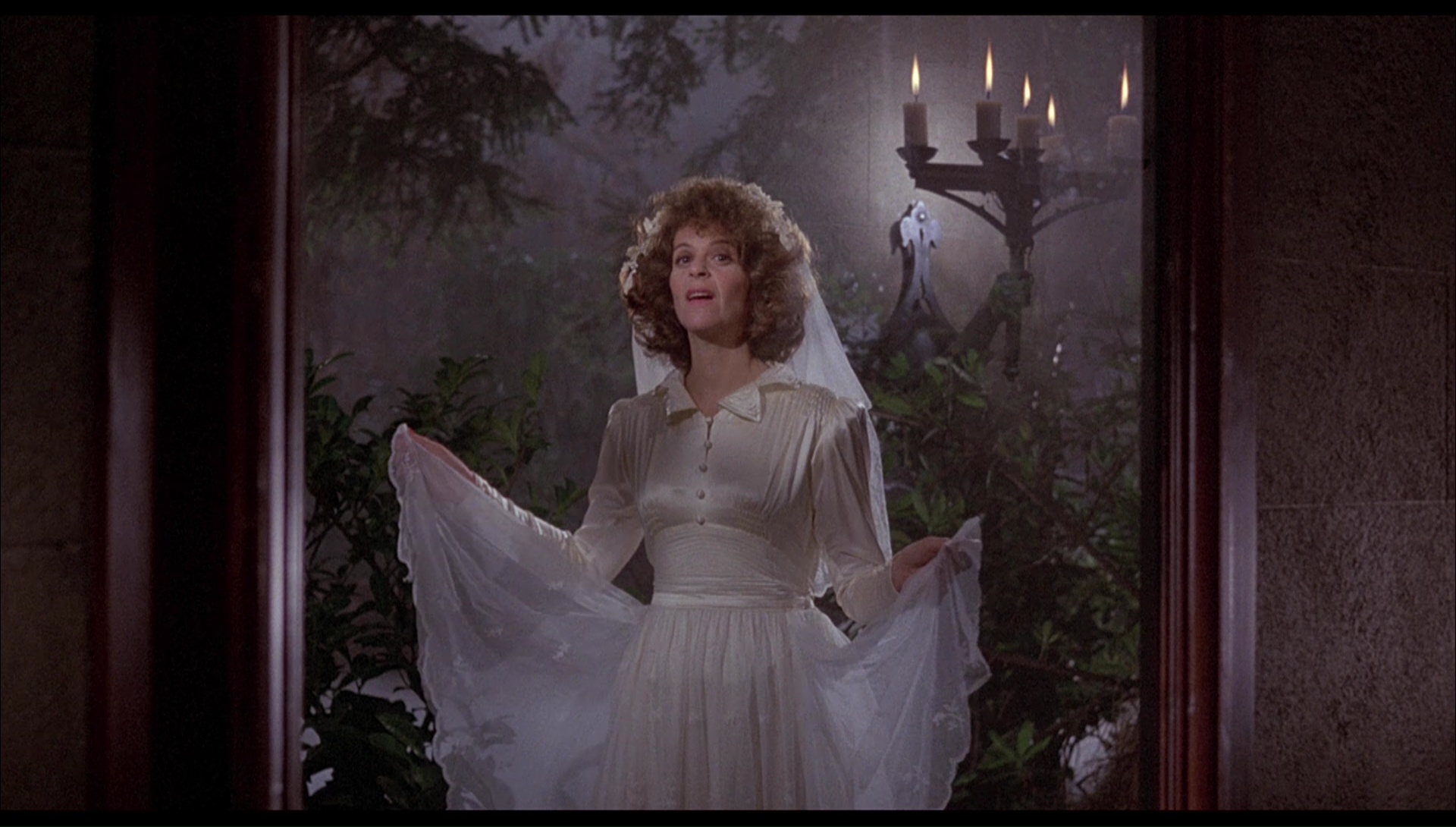 Haunted Honeymoon has been part of the MGM library since it passed over from the dissolved Orion Pictures (following its release on VHS and laserdisc from HBO/Cannon), and it's been available on video steadily since its original release. A new HD master was created for the 2016 Blu-ray and DVD from Kino Lorber, and it's a nice step up all around as the stylized, sometimes misty cinematography now looks more textured and nuanced than ever before. (It's also much, much better than the pretty dreary release prints.) The DTS-HD MA English stereo audio sounds rich and satisfying all around, true to the original two-channel Dolby Stereo presentation. The sole bonus material is the theatrical trailer for this film and bonus ones for The Adventure of Sherlock Holmes' Smarter Brother and Life Stinks.