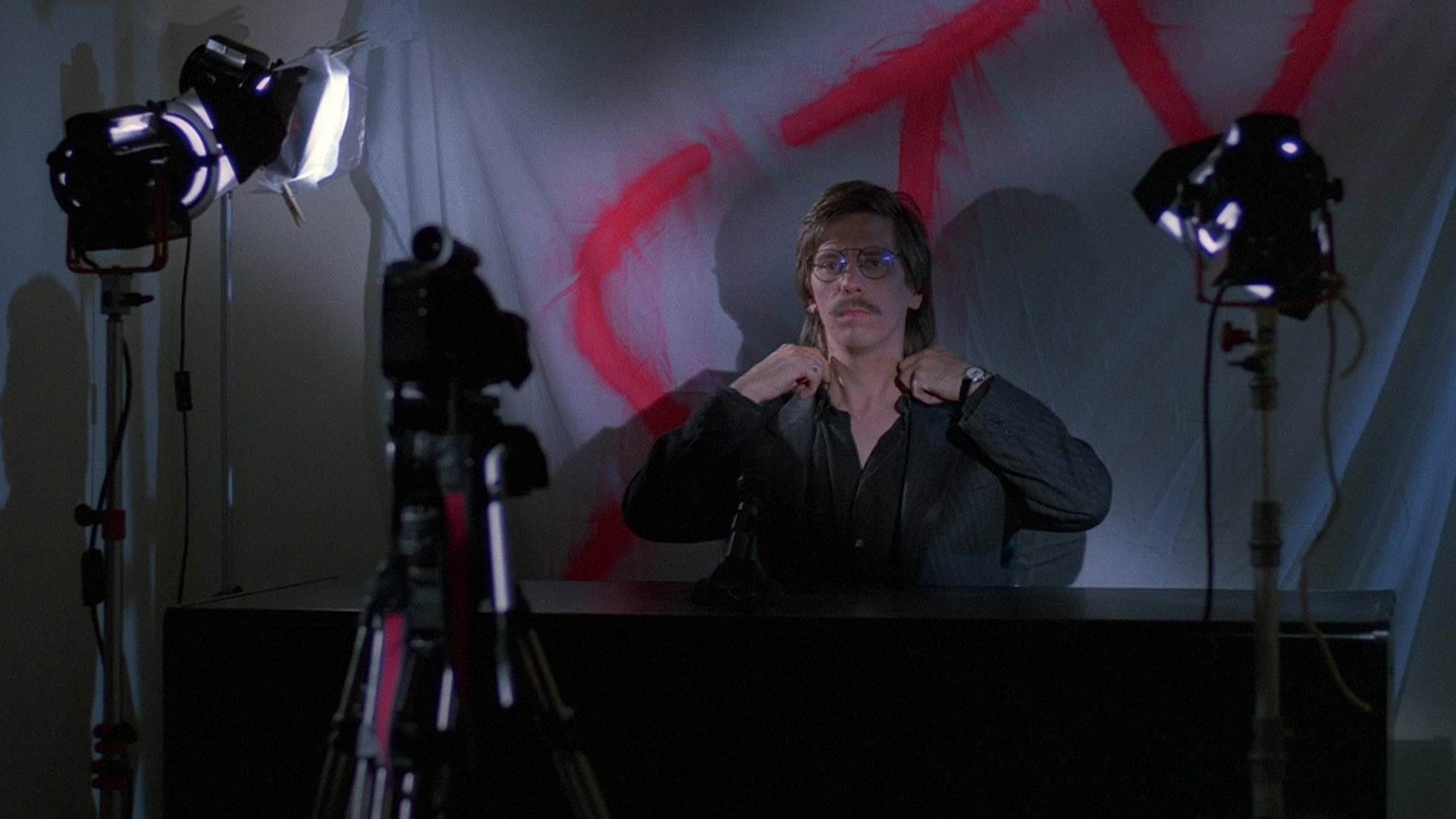 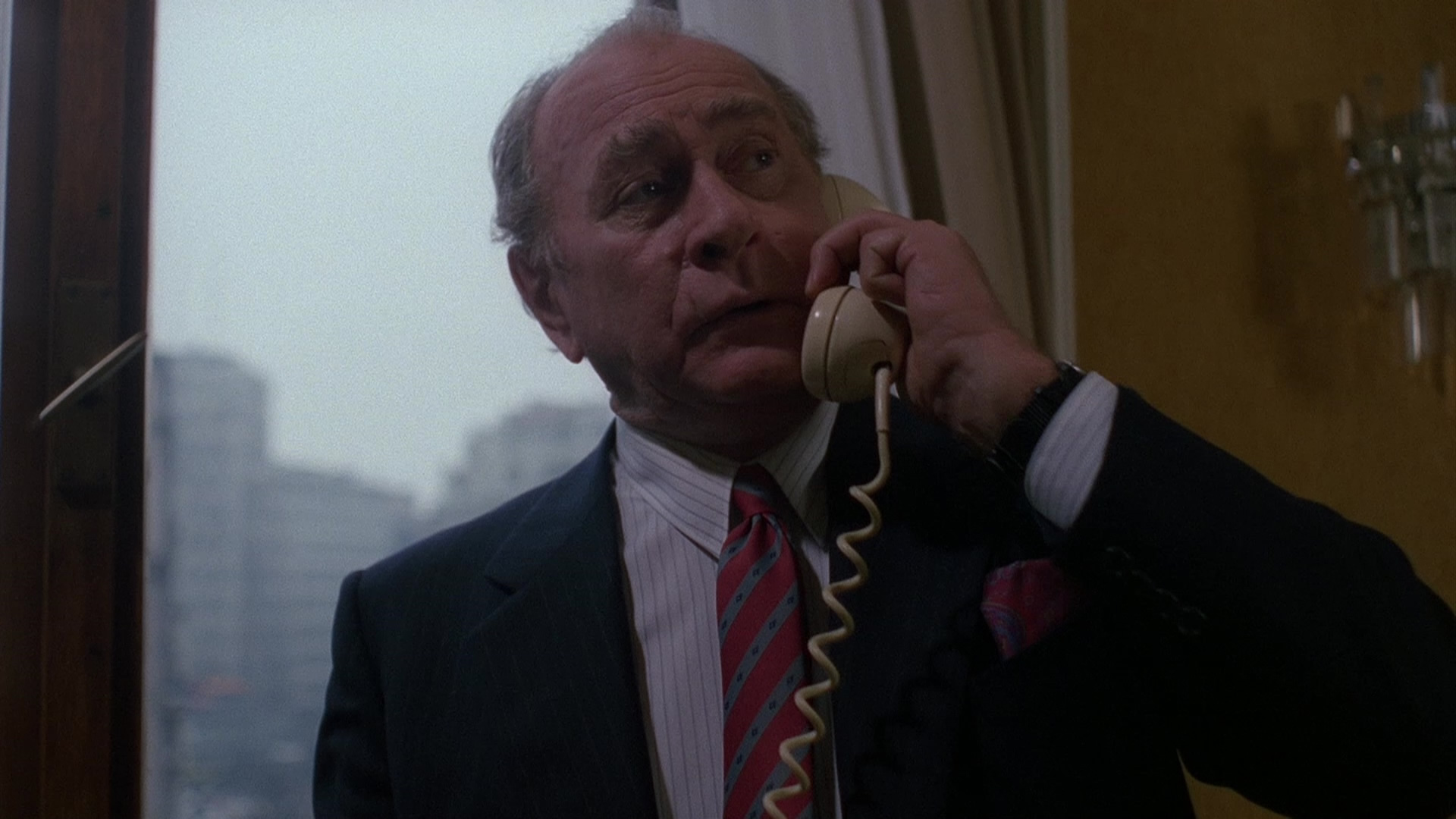 The slasher boom was definitely dead and gone by the time this Canadian and Yugoslavian-shot campus horror film went before the cameras, but that didn't stop the filmmakers from throwing every convention of the subgenre at the screen. Strangely edited, extremely bloody, and often baffling, it's the kind of film slasher fanatics stumble on and scratch their heads trying to figure out how it all came together. Set mostly at night (of course) and shot with all the style of a made-for-TV film, it's a bizarre entry in the slasher cycle between its first heyday and eventual revival later in the '90s.

Our tale begins in "present day" as two orderlies at an asylum (that looks more like a rotting castle and is filled with cobwebs) check in on their creepiest inmate, a serial killer named Zachary Malius (Cragin) who went on a crime spree involving a fraternity hazing. We quickly flash back twenty-five years to see the seven diced-up bodies left in the wake of the occult priest and psychopath, after which the film then jumps to "1991" (which we assume is still the present... the film is loaded with wonky time shifts). At Phi Delta Kappa, the frat brothers still talk about the Malius rampage, so president Eric (Gregory) decides it would be a great idea to send a couple of pledges including his younger brother (Hughes) into the not terribly secure institution and take some photos of the murderer, who hasn't eaten or moved during his confinement (and apparently lives off of insects). Of course, their shenanigans quickly unleash the maniac 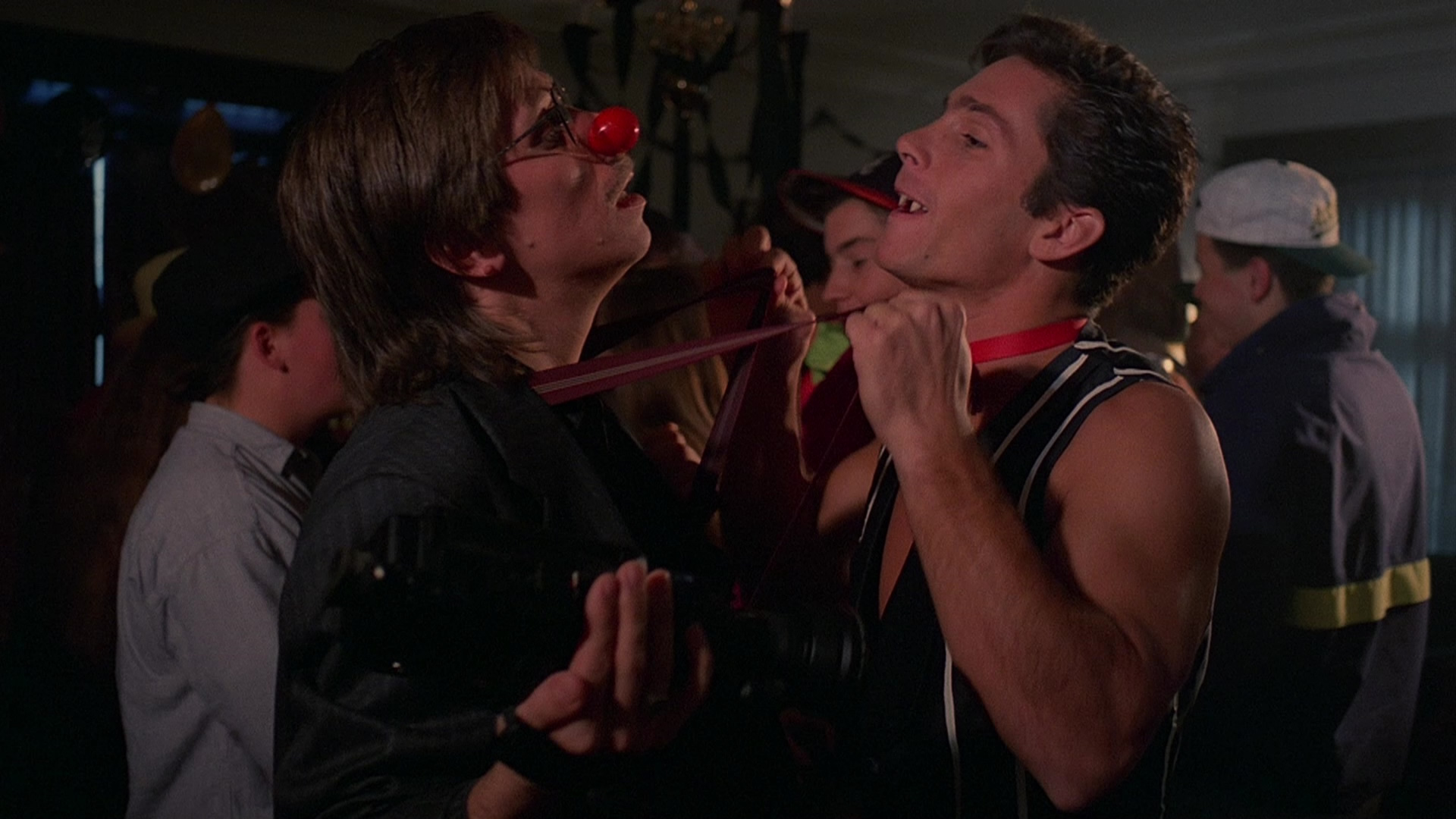 who promptly uses a scalpel to nail down a nurse's hand and cut her throat, then sets off for a night of Halloween hijinks with a string of dismembered corpses in his wake. 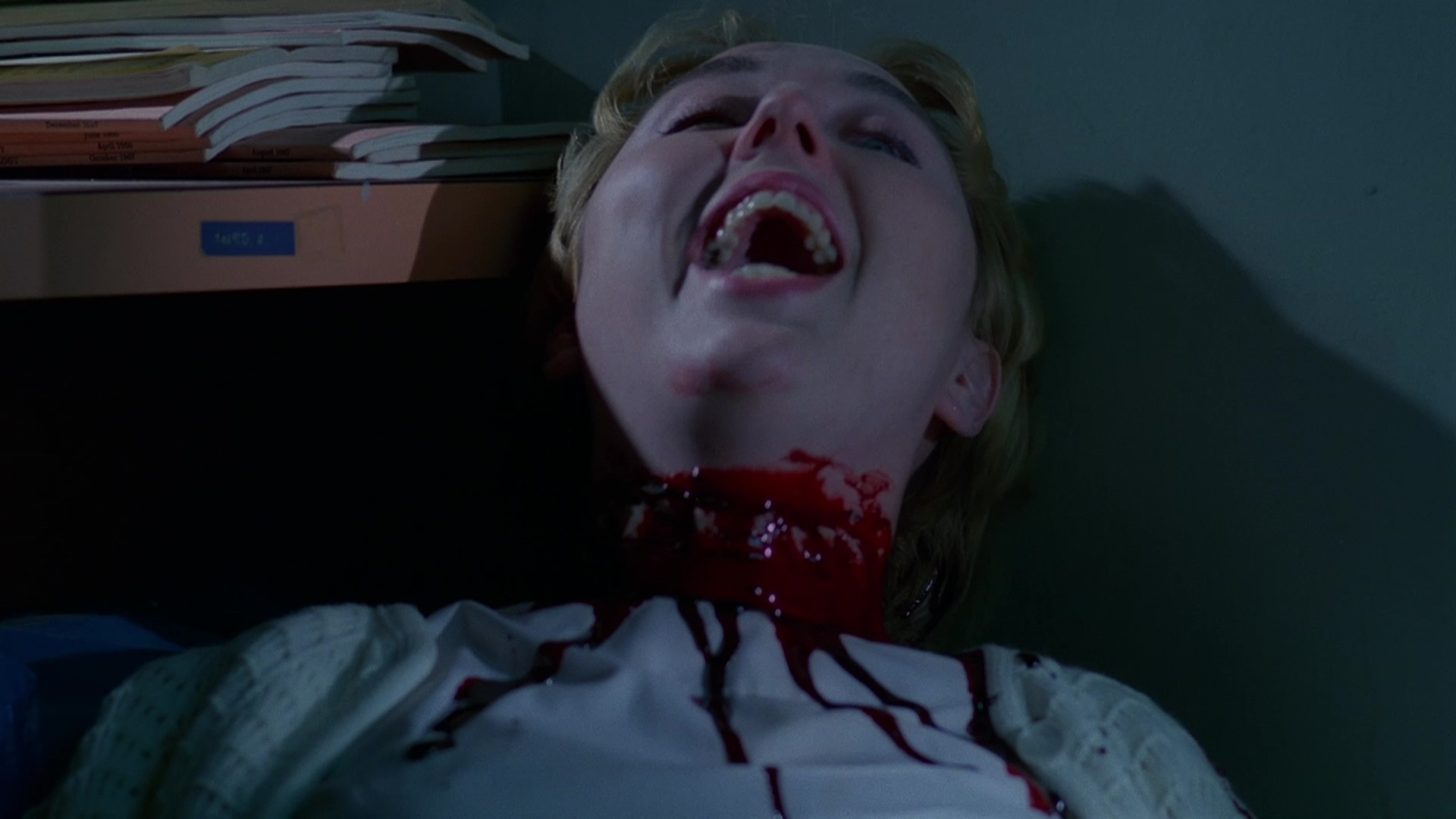 You have to give the filmmakers credit for trying something slightly different here by tossing some supernatural elements into the mix here, including a finale that feels like a bloodier nod to the '80s favorite One Dark Night. You also get a few young, soon-to-be-famous faces including a quick bit by a fresh-faced Sam Rockwell, improbably playing the same character that would turn into Darren McGavin twenty-five years later. Speaking of McGavin, the former Kolchak is mostly wasted here talking on the phone, delivering exposition, and lying around wounded for a very long time, and you also get quick bit by future CSI actress Jorja Fox as a sorority nymphet. Cragin is easily the most memorable aspect of the film with his creepy black eyes and bald head, creating a striking psycho who grabs your attention whenever he's on screen. Less praiseworthy is the odd decision to give him terse one liners with each attack scene, delivered in an electronically-altered voice and clearly geared to pick up on the waning popularity of Freddy Krueger, who was making his "final" appearance in Freddy's Dead as this was being shot.

Barely released on VHS by Quest Entertainment in 1992, Happy Hell Night also turned up on European VHS under the alternate titles Frat Fright and Hell Night (no relation to the excellent Linda Blair film). It eventually debuted on American DVD from 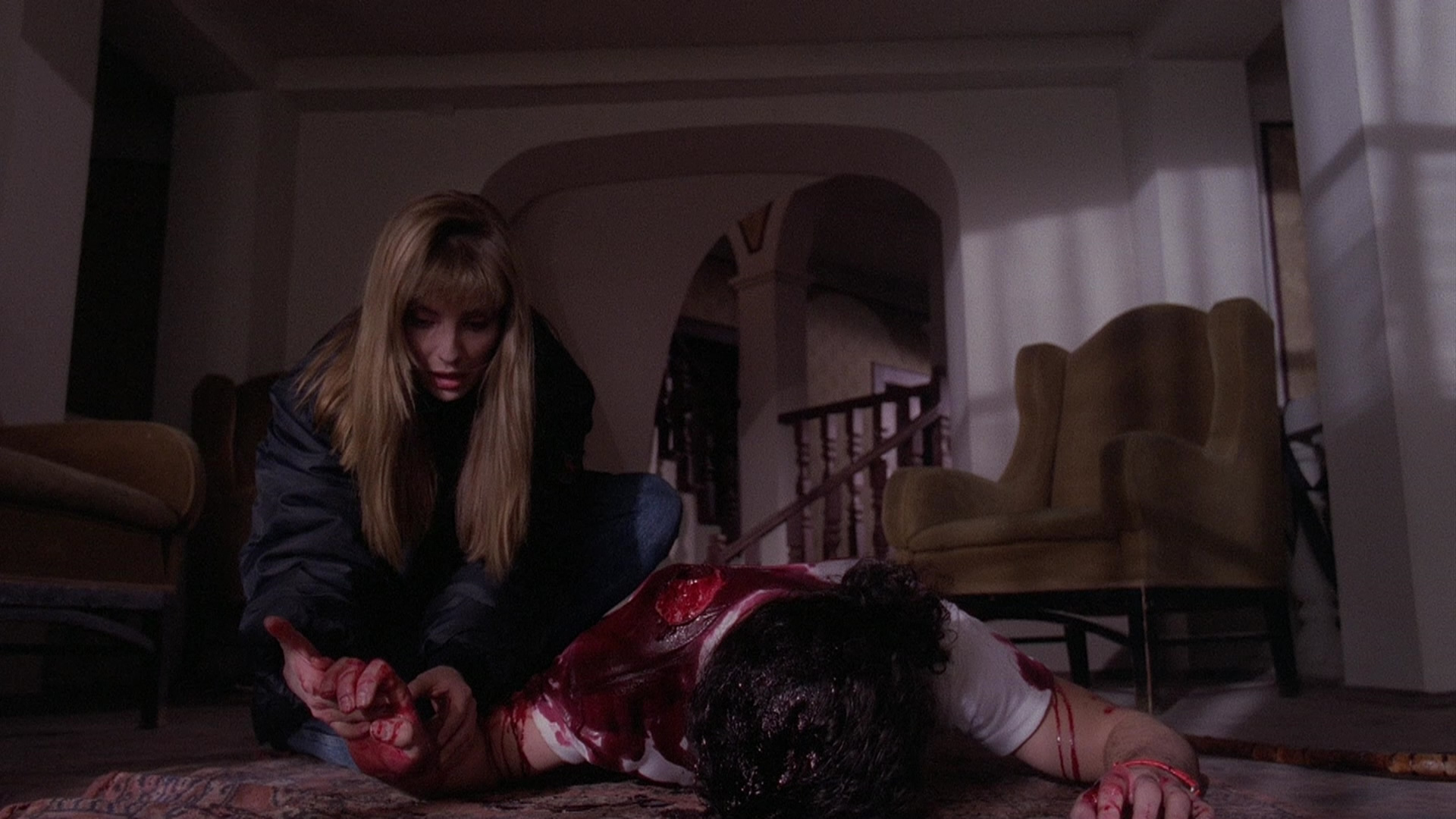 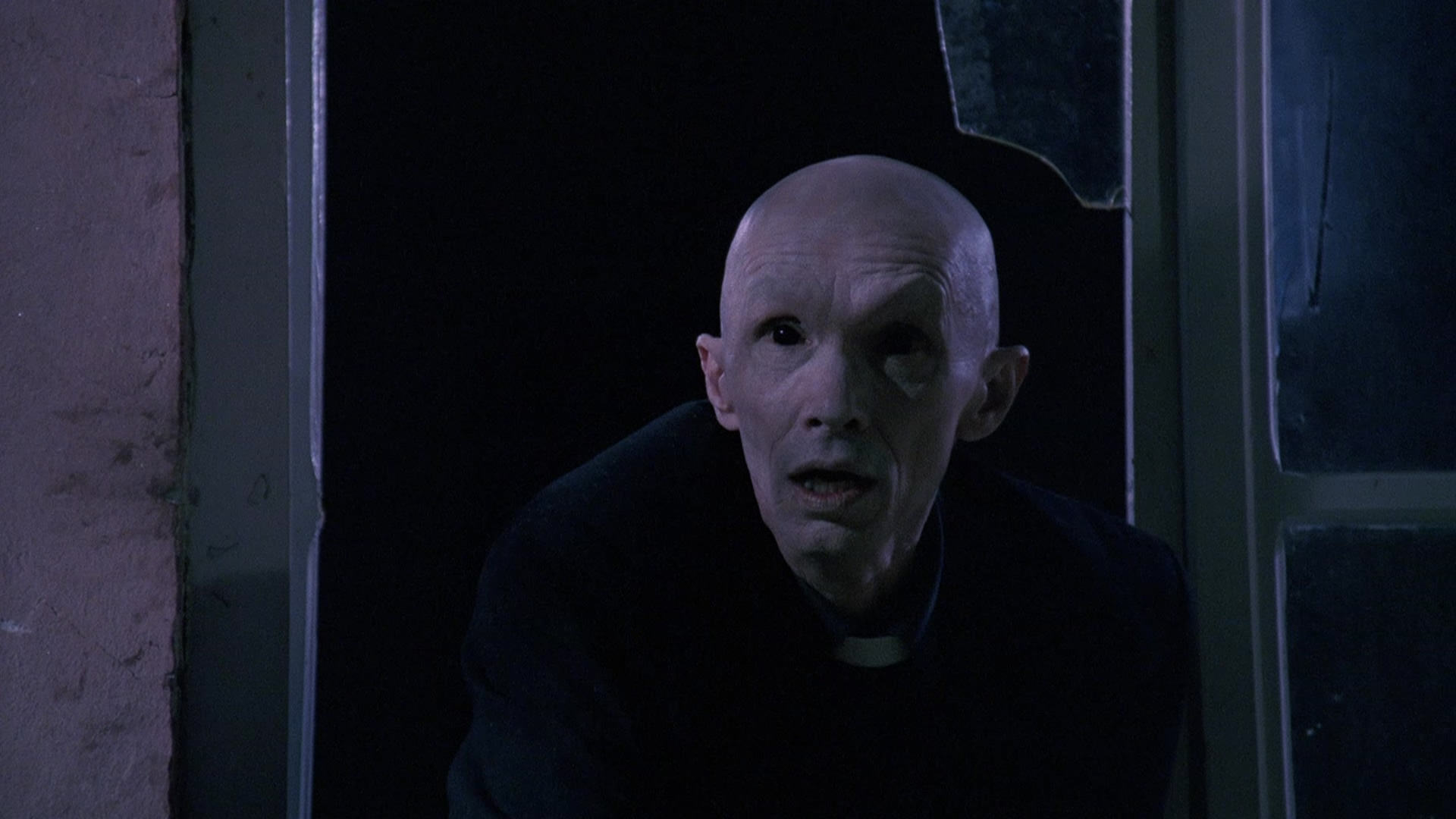 Bay in 2004 sporting a decent anamorphic transfer and English and Spanish subtitle options, plus a newly-created video trailer. Code Red brings the film to Blu-ray for the first time courtesy of a 2016 release with reversible cover options (one design prominently featuring McGavin, the other similar to the older Anchor Bay design). Image quality is immaculate and about as good as this film could probably get, given the fact that it's mostly shrouded in darkness for huge chunks of the running time (often to spooky effect). The older SD transfer was pretty good considering, but this is a substantial leap up from the vivid reds to the dramatically increased detail levels in the asylum interiors. The English DTS-HD MA stereo audio sounds just fine given the original sound mix, which is saddled with a droning, dreary score that will make you long for the days of Harry Manfredini. The video trailer is the sole extra.