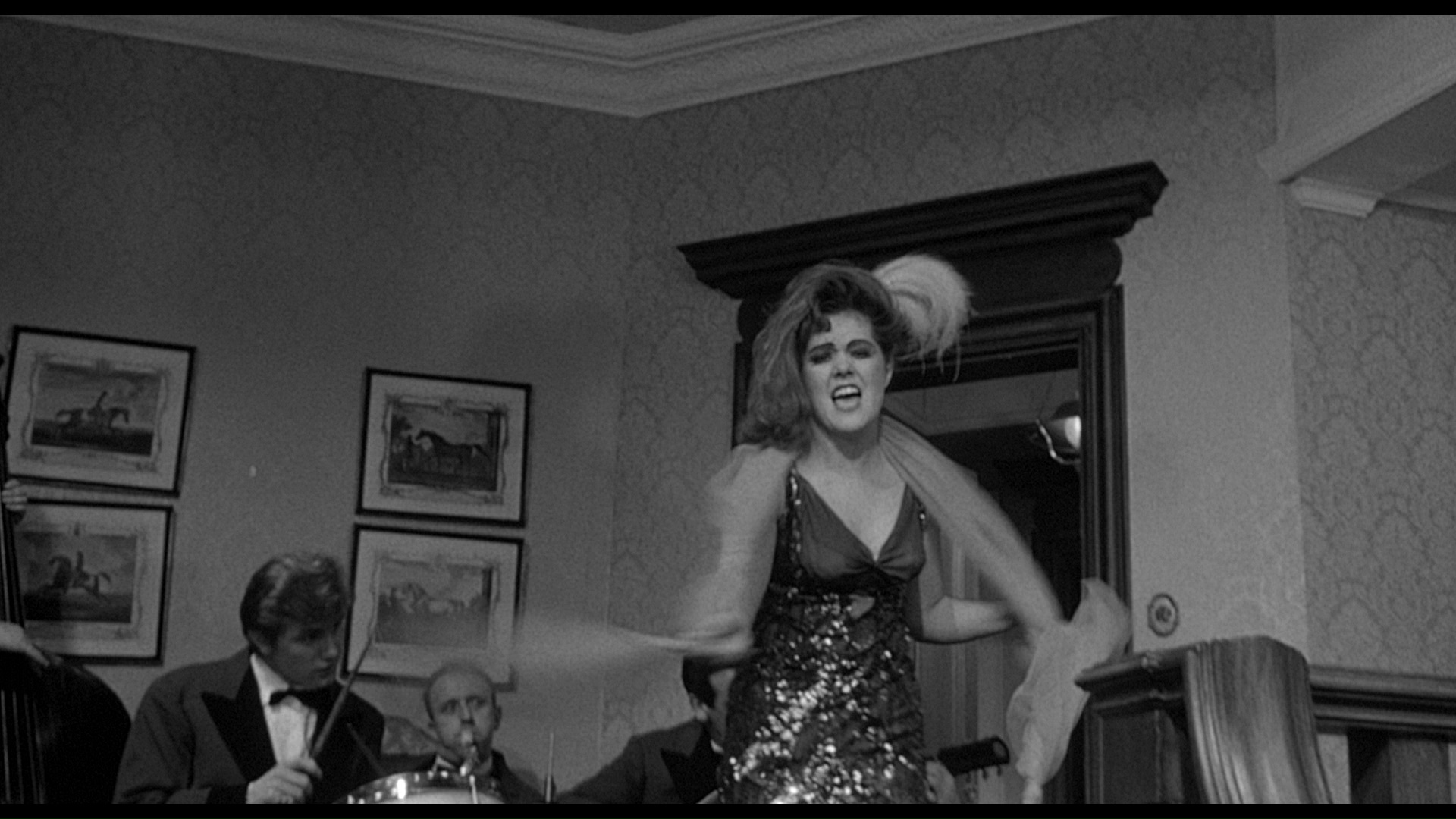 surprise hit in 1966 that hit the crest o 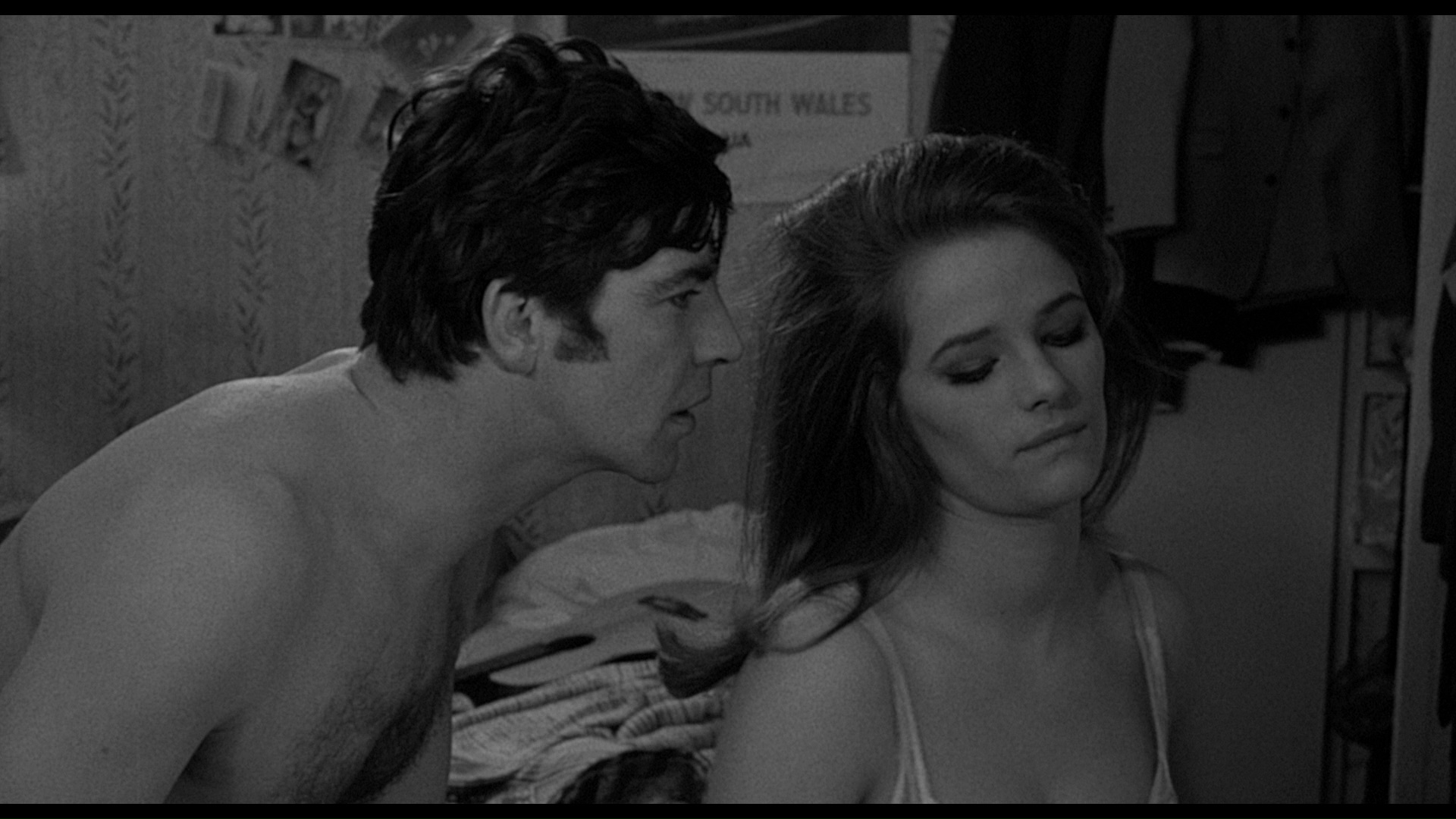 f the short-lived Swinging London craze, Georgy Girl best remembered today for two things: Lynn Redgrave's star-making performance (stepping in after sister Vanessa dropped out) and its relentlessly infectious theme song, which has since been covered and parodied many, many times. Strangely, the film itself is rarely discussed beyond these elements, which is odd considering its very frank (even now) treatment of abortion and a generally adult attitude towards sex including as much skin as 1966 censorship would allow.

Unlucky in love but smart and quirky, Georgina "Georgy" Parkin (Redgrave) shares a London apartment with the more cavalier and haughty violinist Meredith (Rampling), who casually decides to marry boyfriend Jos (Bates) when she becomes pregnant. When Jos moves in, he starts to become more attracted to Georgy -- but to complicate things, she has also caught the attention of her father's boss, James Leamington (Mason), who's been watching her grow up and, having apparently seen Gigi a few too many times, offers a tempting deal to become his mistress. To complicate things even further, James is unhappily married to an ailing wife, and as the birth of Meredith's baby approaches, life throws even more unexpected twists into the mix.

An interesting film to study from the vantage point of its different characters, Georgy Girl unfolds mostly from Redgrave's perspective but doesn't exactly idealize her; she turns out to be as self-interested as almost everyone else, an aspect that pays off in the subdued but ambiguous final scene that anticipates a similar moment in The Graduate. The rather broad acting styles of Redgrave and Bates require a bit 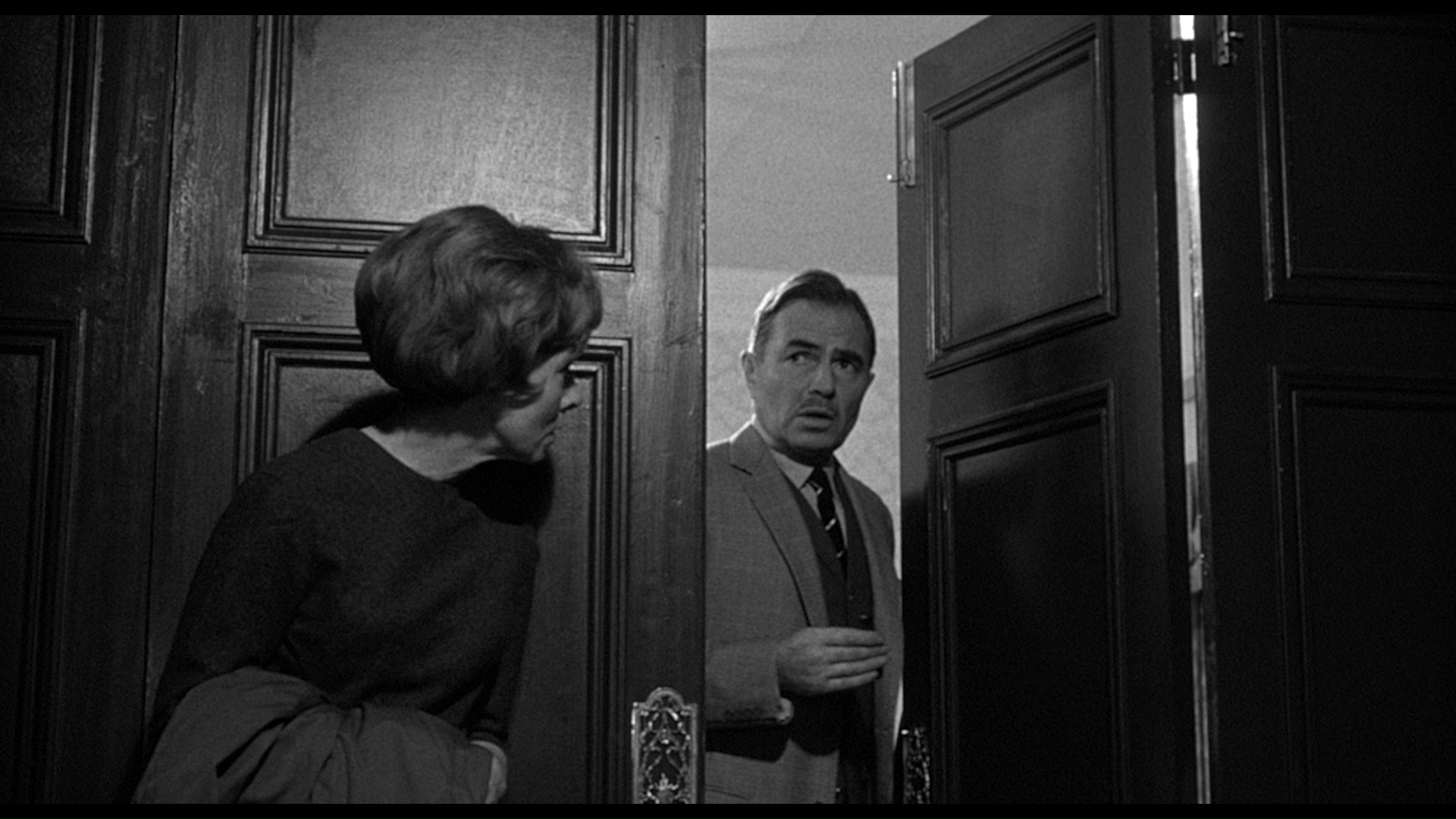 of acclimating and may not click with some viewers, but they're representative of the time 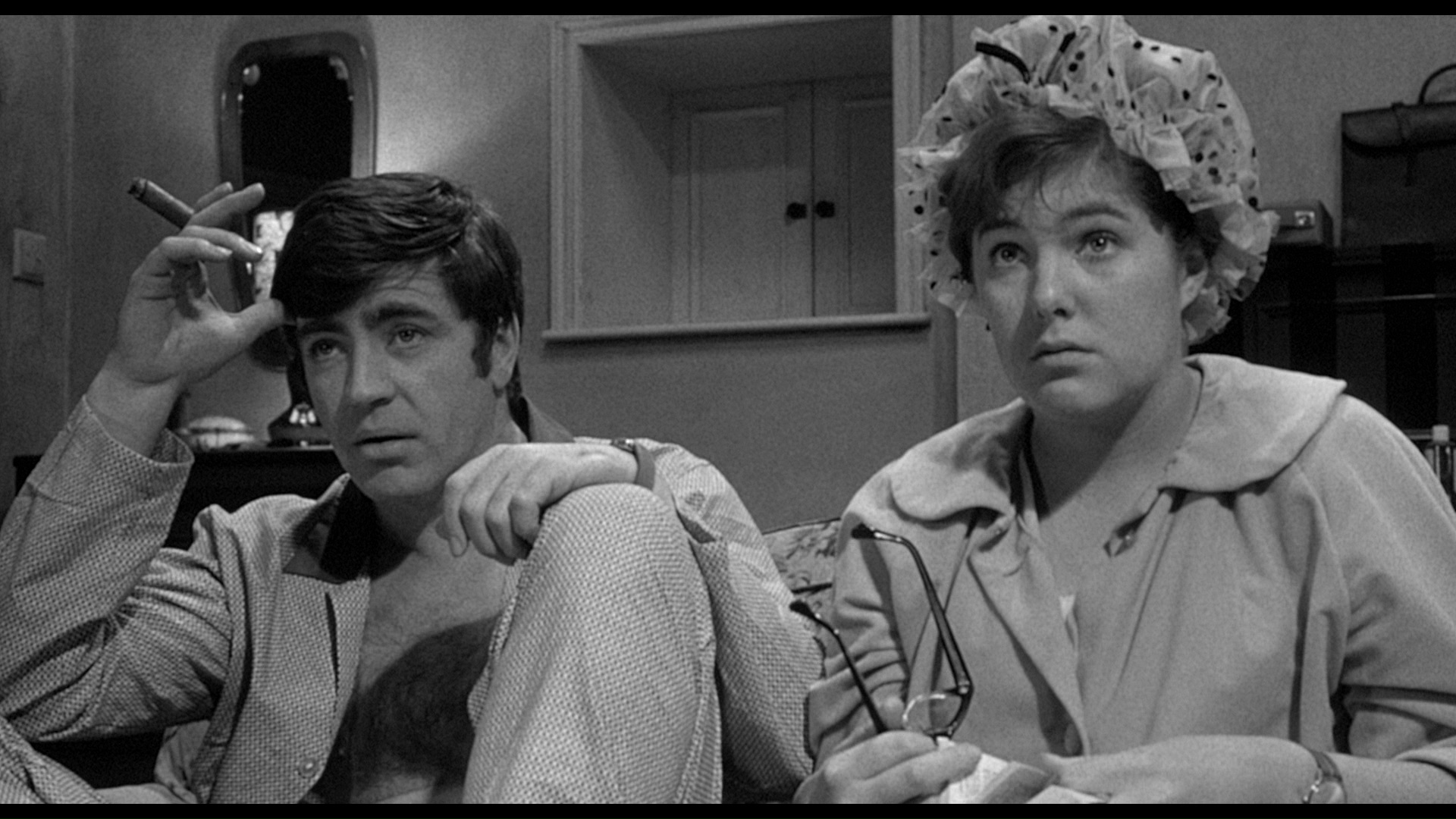 when directors like Richard Lester would push for a more manic, mugging style to play off of a cinematic style somewhere between British kitchen sink realism and French New Wave. Interestingly, Mason was a major force in getting the film made and has top billing, but he's definitely a supporting player with a rather limited amount of screen time. Instead this is mostly Redgrave's show with Bates and Rampling coming in second, both making their essentially pitiful characters more interesting and engaging than they have any right to be.

Available on numerous home video formats over the years including VHS and a DVD edition in 2005 in the U.S. and U.K., Georgy Girl made its Blu-ray bow in 2018 from Indicator sporting a typically top-notch Sony HD scan that nicely captures the gritty, textured black-and-white cinematography. The film isn't the sharpest in the world given the intentionally "realistic" nature of the way it's shot, frequently with natural light pouring in windows, but this appears to be very accurate to the source. (It's also fun to speculate how this might have looked in color, which would have been likelier had it been made a year later.) The LPCM English mono audio is also very clear, and optional English subtitles are provided. A new audio commentary with Kat Ellinger plays like a companion piece of sorts to the one she did for Smashing Time (also with Redgrave) about the British cinema revolution. She mounts a convincing defense of the film as much more than just an "odd comedy" as she dives into the novelty of hearing regional accents on film at the time, the subversive slant of much of the dialogue, and the delicate balance of comedy and sadness the film manages to pull off. A third audio options is 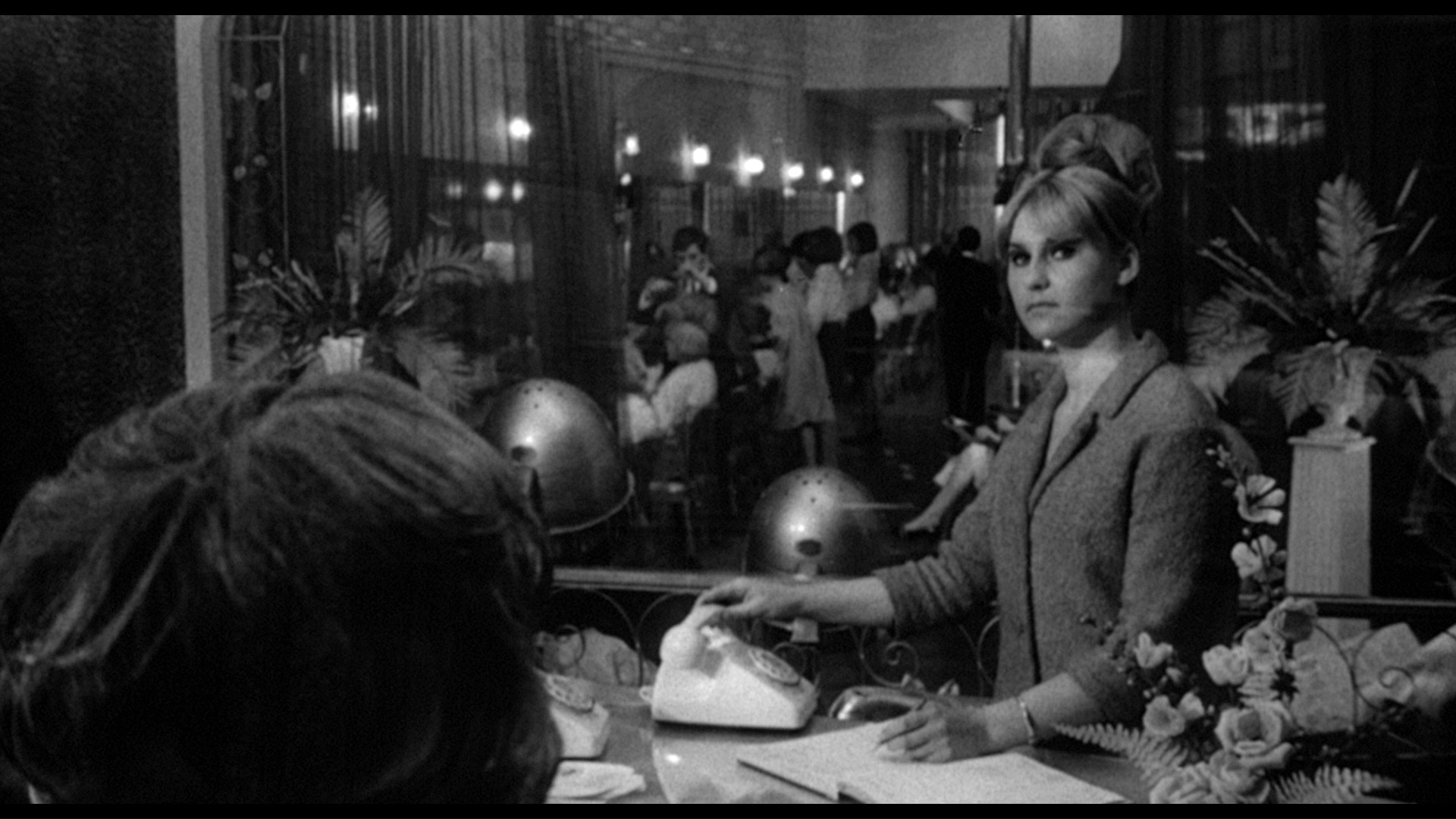 2001's The Guardian Interview with Charlotte Rampling, an hour-long chat with the actress in conversation with Christopher Cook at London’s National Film Theatre following 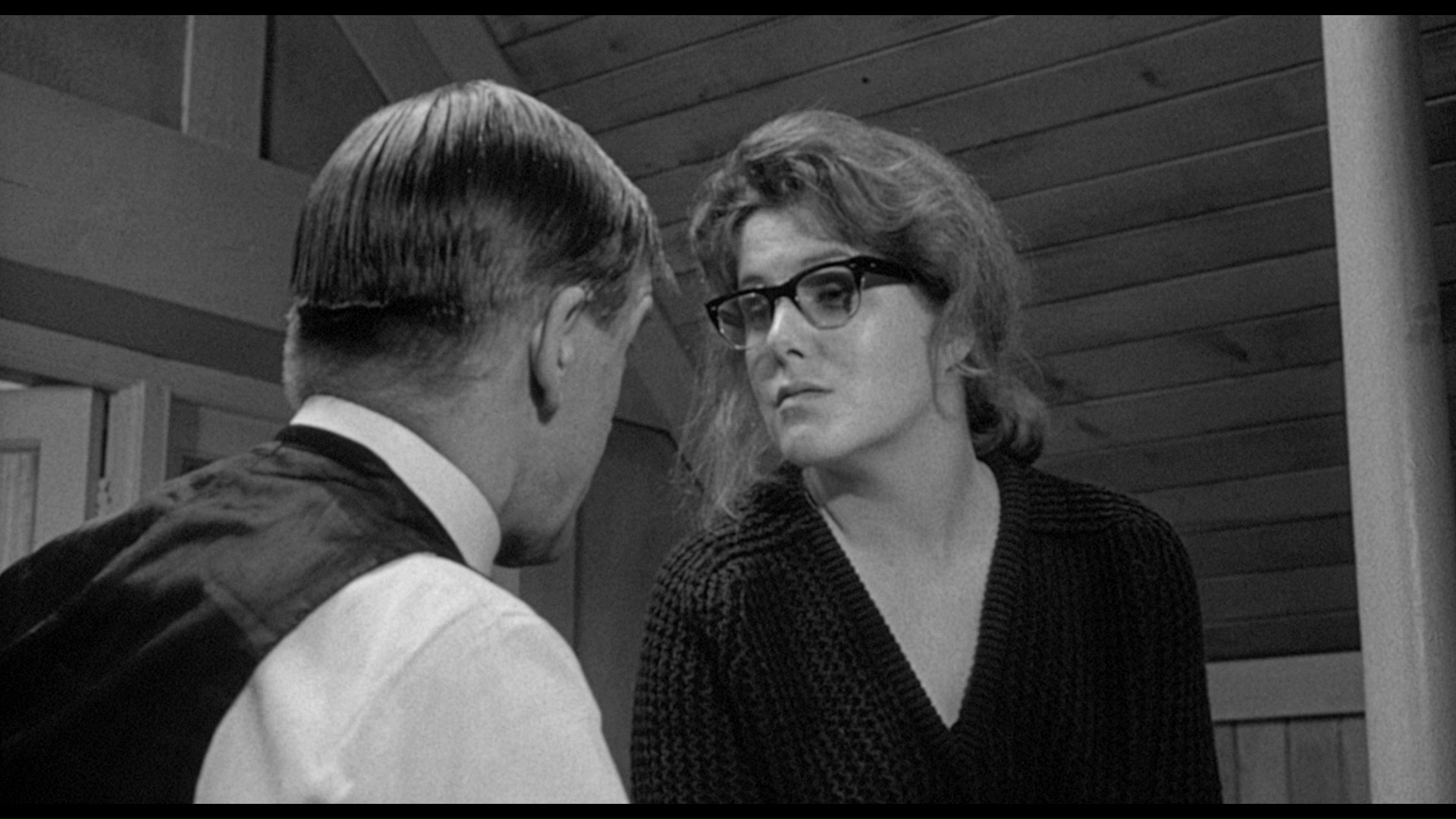 a screening of Ozon's Under the Sand, which gets the lion's share of the attention at first before she jumps back to cover some of her earlier roles. As always she's wonderfully articulate and offers a particularly fascinating discussion of working on The Damned and The Night Porter. The new featurette "The Tempo of the Time" (7m4s) with author, playwright and co-screenwriter Peter Nichols explains how he came aboard to "jazz up" the screenplay after studio dissatisfaction with the initial one by source novel author Margaret Forster, while "A Wonderful Sense of Freedom" (28m20s) with editor John Bloom notes how he played with some unusual cutting techniques (given carte blanche by director Silvio Narizzano) to create a different kind of tempo and psychological impact among the characters. The brief "Georgy's Geography" (3m2s) with art director Tony Woollard touches on his training in monochrome film and the desire to play around with location shooting versus the sound stage, and finally "Going for a Song" (5m10s) explores the making of that iconic song courtesy of lyricist Jim Dale (yes, the actor and famous audio book performer) and Bloom recalling the need for an opening tune after attempts to go for something like "Funny Girl." A radio spot, theatrical trailer, and stills and poster gallery are also included, while the limited edition also includes a substantial insert booklet with new liner notes by Leanne Weston, a production essay by Howard Maxford, and a sampling of critical reviews from its initial run.