During his tenure at Empire Pictures, Stuart Gordon took time out from his delirious H.P. Lovecraft adaptations (Re-Animator and From Beyond) for this twisted, comparatively low-key fairy tale for adults, which bears a closer resemblance to The Company of Wolves than a standard '80s gorefest. Fans tend to be split down the middle over this one, but horror buffs willing to savor atmosphere and craft special effects should find more than enough to enjoy. 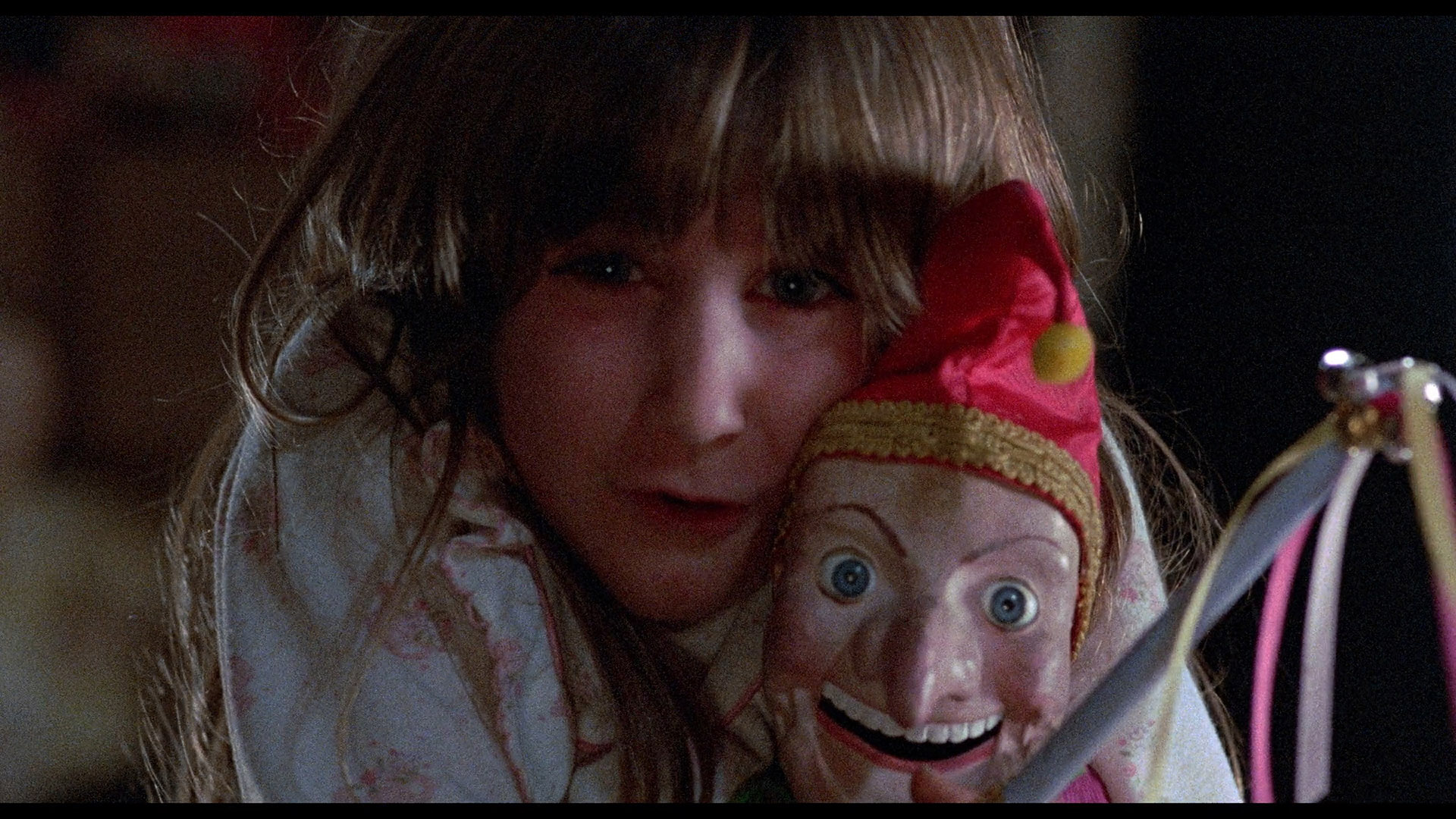 On a dark, spooky night, little Judy (Carrie Lorraine) rides in a car with her spineless father, David (Ian Patrick Williams), and his nasty new wife, Rosemary (Carolyn Purdy-Gordon, the director's wife). An automotive mishap sends them seeking shelter at the isolated home of the Hartwickes, Gabriel (Mr. Sardonicus himself, Guy Rolfe) and Hilary (Don't Look Now's Hilary Mason). Soon more stragglers appear, namely man-child Ralph (Stephen Lee) and an obnoxious group of punks who decide to rummage the place for possible loot. However, the Hartwickes are also compulsive dollmakers and collectors, and those hundreds of creepy-looking dolls have a very nasty tendency to come to life at night. 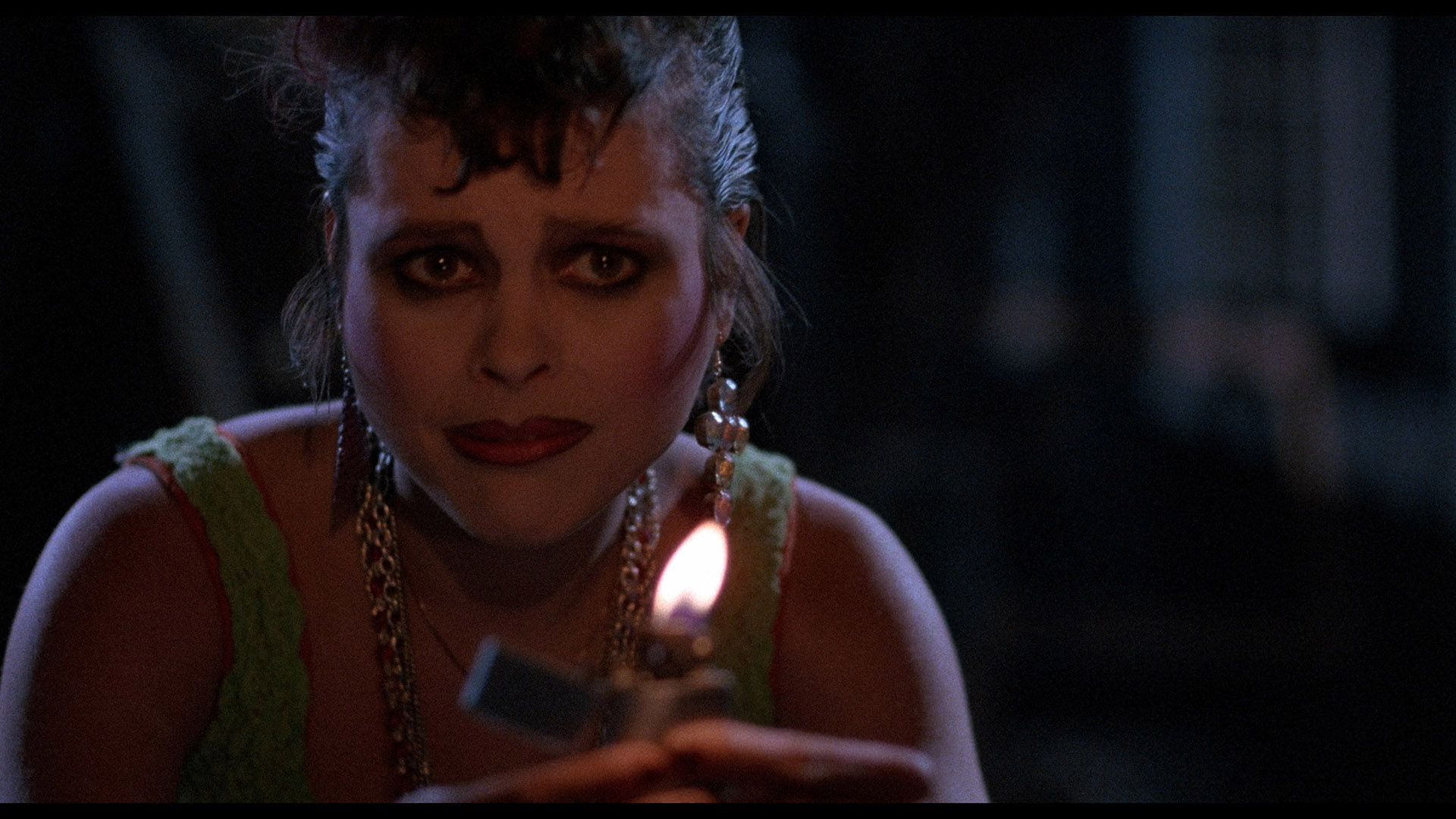 Skillfully shot, scored, and edited, Dolls is easily one of the classiest films from the Empire canon; in fact, the mixture is so effective that many of the effects crew went on to shine in the similar Puppetmaster series from the next incarnation of Empire, Full Moon Pictures. The sly casting of old pros Rolfe and Mason works wonders, as the couple projects a potent combination of suppressed menace and twisted attentiveness that carries the story through some of its slower patches. Running less than 80 minutes, this feels like more of a sketch than a fully developed film, but it accomplishes what it sets out to do and demonstrates a director as comfortable with slowly mounting, psychological terror as overt bloodshed. However, Gordon does deliver a handful of brief but nasty, E.C. Comics-style moments worth mentioning, including a nasty bit of ankle violence and the screen's most unusual firing squad. 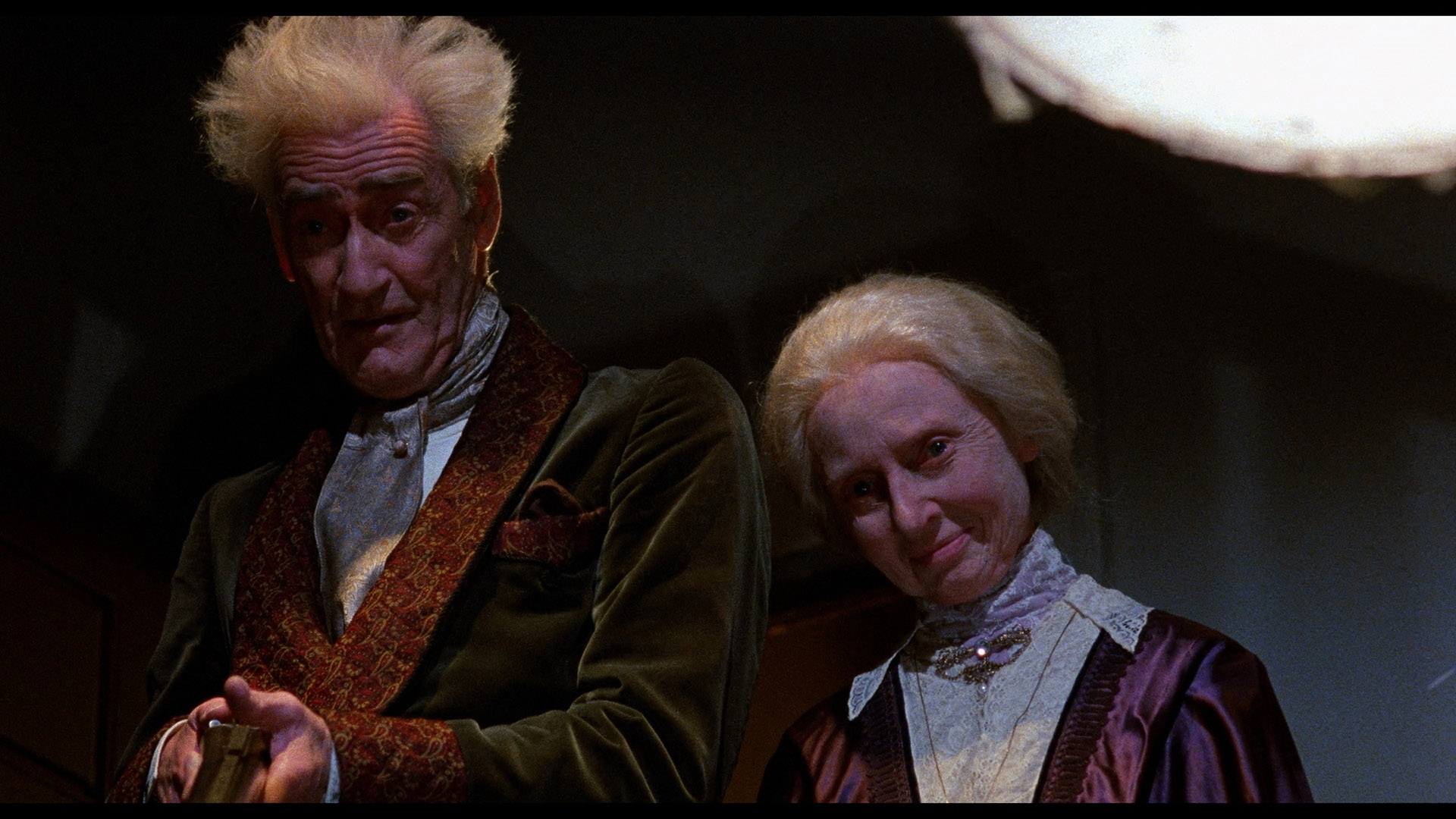 As with other Empire titles, Dolls suffered from a smeary, colorless transfer from Vestron Video in both its VHS and laserdisc incarnations. Though not perfect, the Hong Kong DVD offers a far more colorful appearance. Some compression problems are evident in a few of the darker scenes, and detail tends to clog up badly during the night exteriors; however, this is by far the best the film has looked on home video to date. The open matte compositions appear to be fine, though some matting would have focused in several of the more imaginative visual set ups. The audio is a bit more disappointing; though technically it is a 5.1 mix, dialogue is shoved off to both of the front speakers with some minor musical bleed-through to the rears. It's a distracting mix, and frankly listening to the film through a television monitor provides a more balanced listening experience. The disc, which is bargain priced by import standards, features optional English or Chinese subtitles.

Proving that his spectacular Re-Animator was no fluke, director Stuart Gordon returned to H.P. Lovecraft waters again with From Beyond, a lesser known but worthy successor which offers a more subdued (in relative terms) fusion of slimy beasties and perverse black humor. Featuring much of the same cast and crew, the film has been relegated mostly to late night cable screenings but does have a moderate and deserved horror following.

The prologue, essentially a rehash of Re-Animator, features an innocent neighbor and her pet dog stumbling in on the middle of an experiment by the feverish Dr. Pretorius (Ted Sorel). During a bizarre display of techno wizardry and colorful flashing lights, the good doctor loses his head and his assistant, Crawford Tillinghast (Jeffrey Combs), runs amok with an axe. Tinnghast winds up at a medical institution where he catches the attention of Dr. Katherine McMichaels (Barbara Crampton), a specialist in mental illness. She comes to believe Tinnghast's claims that he and Pretorius had developed the "sonic resonator," a machine capable of stimulating the pineal gland, a largely dormant sensory organ in the brain. Ignoring pretty much every rule in the medical books, Katherine escorts Tinnghast back to the Pretorius house along with a comical security guard, Bubba (Ken Foree). The trio crank up the resonator and witness a completely new dimension existing all around us, filled with swimming monsters who can only see humans when the machine is turned on. Pretorius himself shows up, looking far less human, and makes slimy advances towards Katherine, averted only when the machine is shut off just in time. Once again displaying a lack of intellectual savvy, Katerine decides to repeat the experiment, resulting in a feast of monstrous goo, S&M experimentation, and organ munching.

Mining territory similar to the following year's Brain Damage, Gordon's squishy study of addiction and perception largely benefits from the enthusiastic performacnes of its cast. While Crampton has a wholly unbelievable role, she looks terrific and displays some real gusto during the finale. Combs makes a likeable nutcase as always, while the underused Foree (Dawn of the Dead) offers some welcome comic relief and drops out of the film far too early (perhaps due to his unappealing choice in underwear). As would be expected, the creature effects are overdone and gloriously self-indulgent, a reminder of the good old days before cheap CGI effects took over the monster genre.

Long unavailable in the U.S. in any format, From Beyond has surfaced on DVD from Hong Kong in a very attractive, mildly letterboxed transfer. The kitschy red and blue color schemes look much better here than on the pasty, faded Vestron laserdisc, though it doesn't quite match the vibrance of Elite's Re-Animator special edition. The print sports an Ultra-Stereo logo but is presented in mono; the original theatrical mix was indeed a very mild stereo mix almost entirely confined to Band's score, so the loss isn't as crucial as might be feared. Rumors abounded that the film had to be toned down to achieve an R rating, but the grotesque beasties on display should satisfy most gorehounds. Only one brain-munching death during the hospital mayhem near the end of the film seems to be shortened in any way, though one can only wonder whether Crampton's memorable dominatrix act went any further in Gordon's original cut. However, if it doesn't even exist in Asia, chances are we'll never see it. The Chinese subtitles, alas, are not optional and rather large. No extras are included (not even chapter stops!), but considering the curiosity value alone of this title, there's not much room to complain.