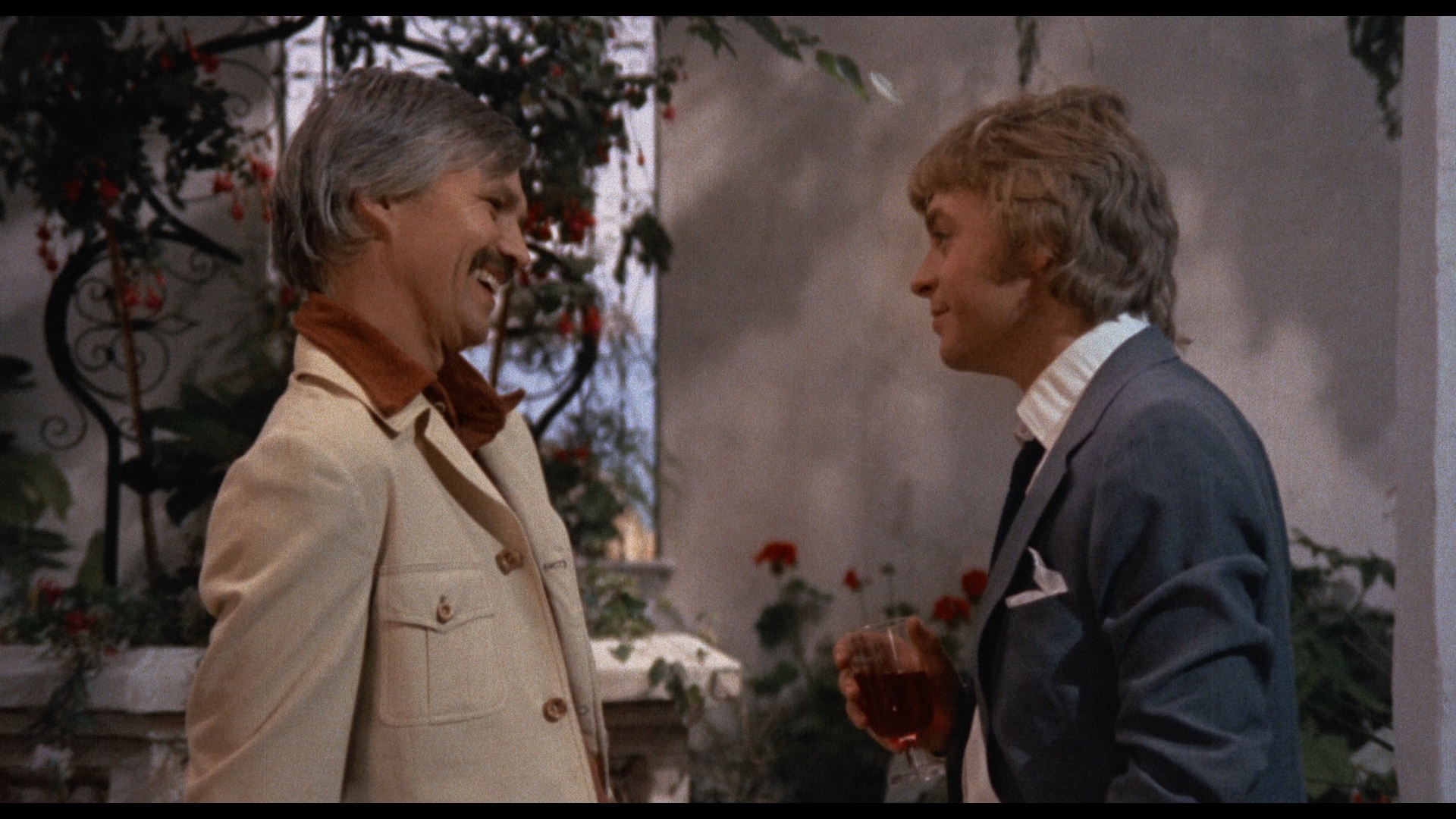 more than once by Agatha 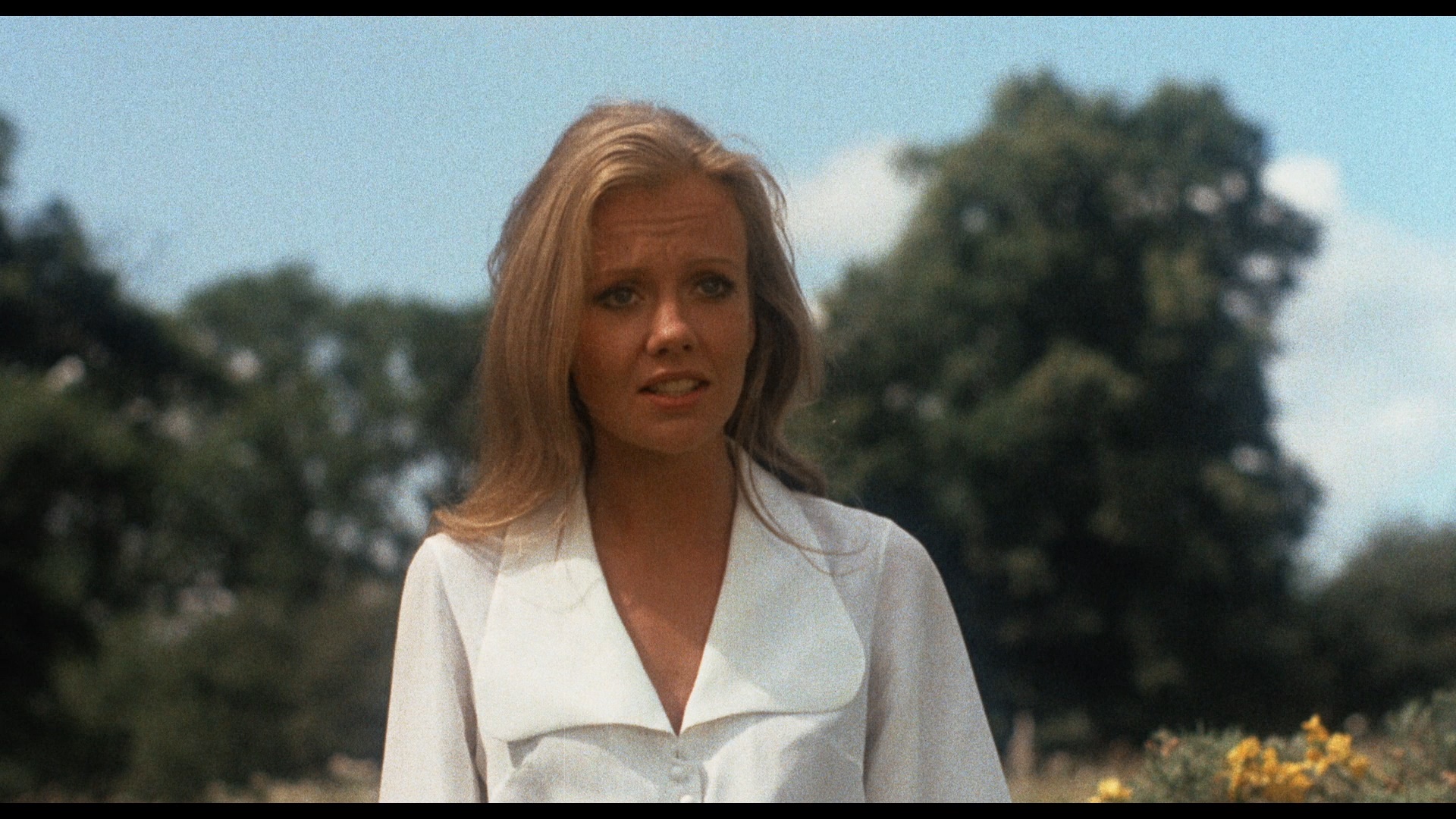 Christie as one of her favorites among her novels, Endless Night made the leap to the big screen far more quickly than usual when it was adapted as a fairly faithful 1972 film. The dark, twisty tale belongs to the string of fascinating Christie thrillers devoid of her usual famous sleuths like Hercule Poirot and Miss Marple, instead sharing its DNA with Ten Little Indians, Crooked House, and other one-offs that plumb the darkest recesses of the human psyche. Endless Night proved to be the final feature film for veteran director Sidney Gilliat, who had proven his mystery mettle directing Green for Danger but was best known for his screenplays with Frank Launder like The Lady Vanishes. This particular film wasn’t praised much at the time by anyone involved when it opened to a muted reception in the U.K. and plans for a U.S. release were quickly scrapped. Eventually home video allowed far more people to finally get a look at the actual film, and though it’s a far cry from what would one expect from the author, there’s plenty to enjoy here in what amounts to one of the closest things to a horror movie in the Christie canon.

Told in flashback, the film revolves around a supposedly cursed piece of land called Gypsy’s Acre and the sway it seems to hold over the young, destitute chauffeur, Michael (Bennett). An impromptu romance with Ellie (Mills) seems to make his dreams come true when it turns out she’s a prominent heiress able to finance his dream home. The 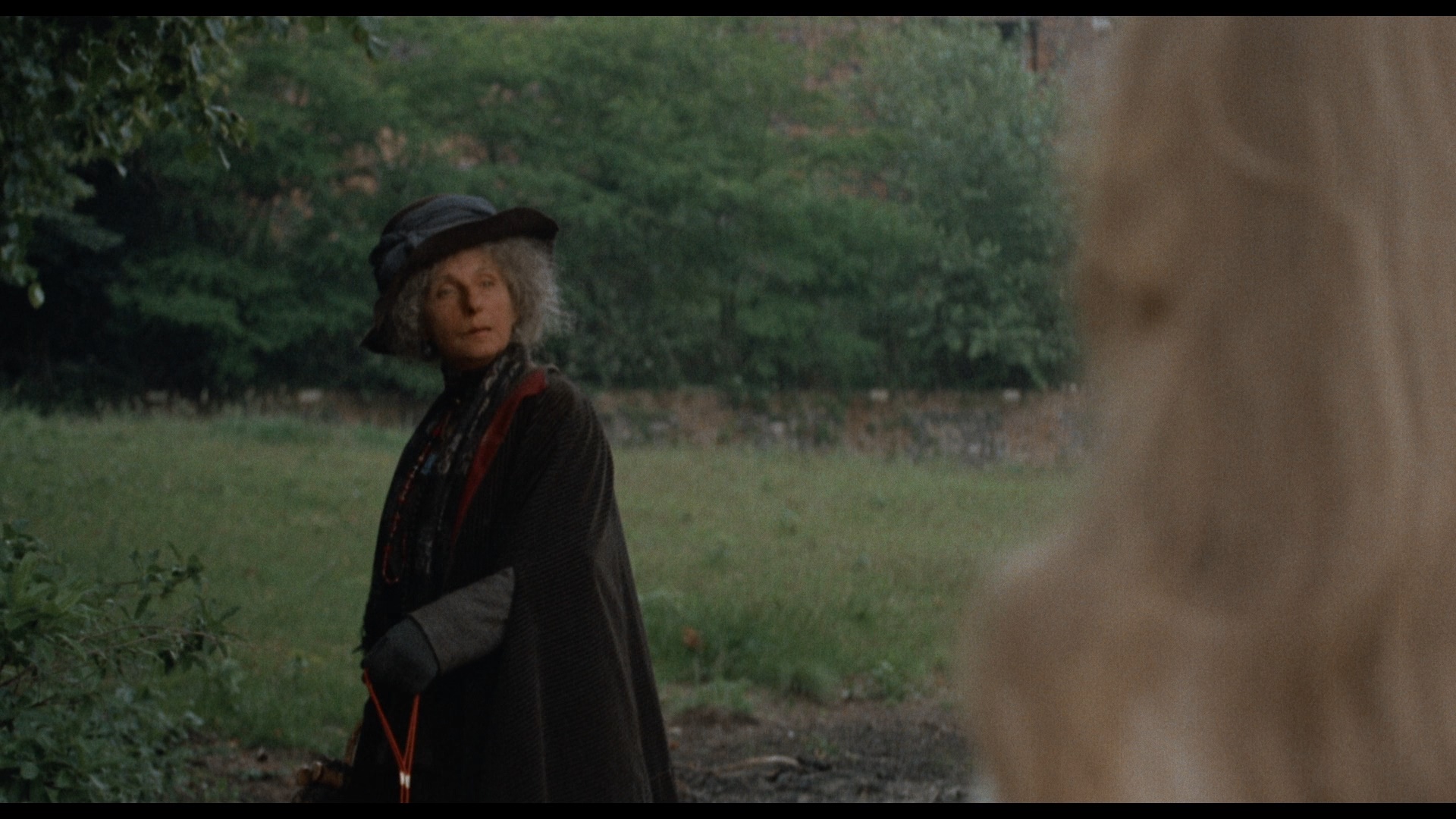 ultra-modern structure is put into motion thanks to architect Santonix (Oscarsson), but omens of ill will keep turning up including 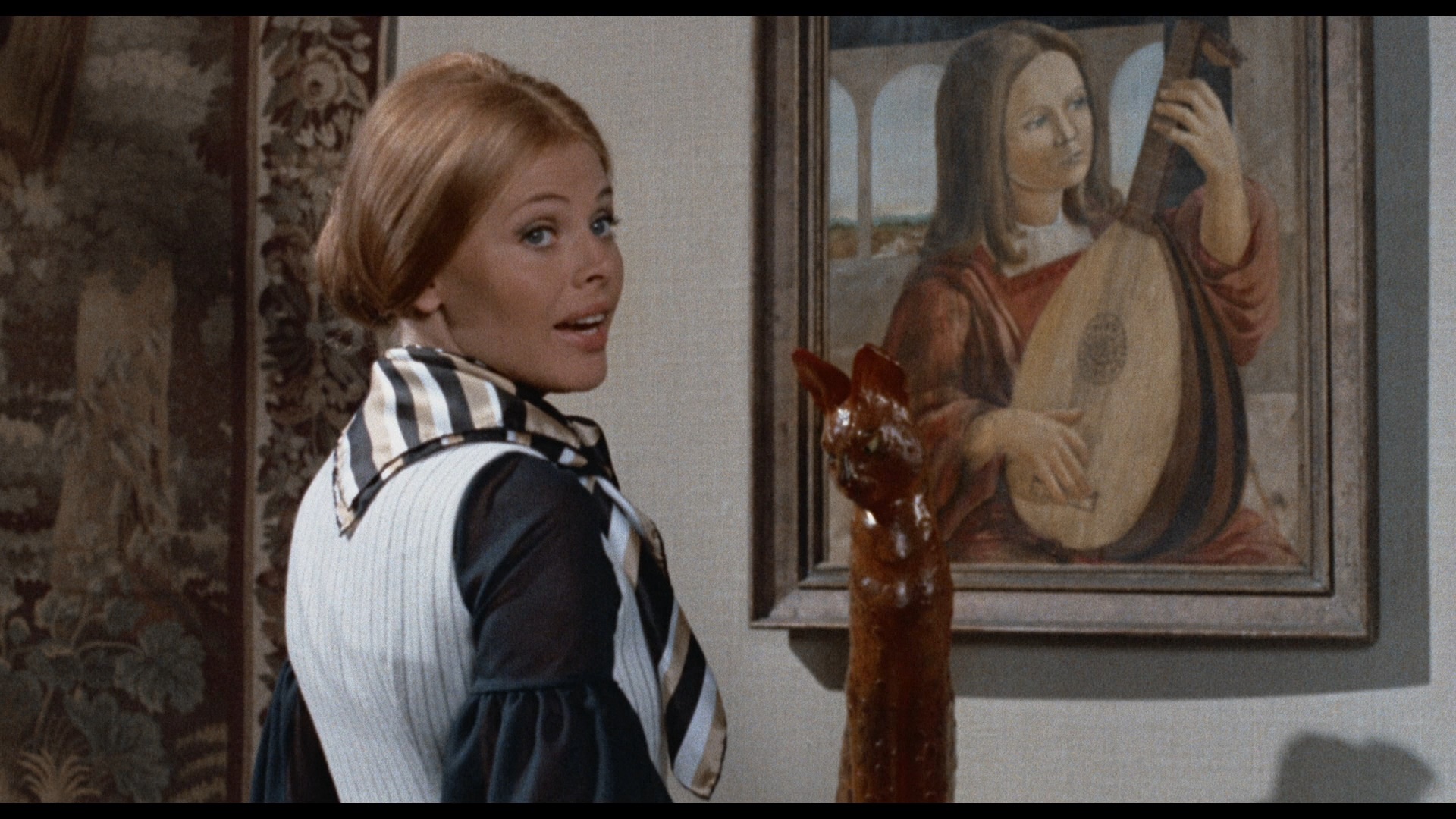 warnings from a mysterious gypsy who keeps turning up on the property. That’s just the beginning though as death is prepared to strike at any moment…

By the time this was made, Hayley Mills and Hywel Bennett were already established as a very blond screen pair after the perverse Twisted Nerve and the far more standard The Family Way. This film not only brings them back into darker Twisted Nerve territory but also retains that film’s composer, Bernard Herrmann, who contributes an unsettling, electronic-laced score that remains his only one never released or rerecorded in any format to date. (However, that will change very shortly.) The cast is a real dream team here with a juicy role for George Sanders just before his death (and apparently shot concurrently with Psychomania), while Lois Maxwell, a.k.a. Miss Moneypenny from the golden age James Bond films, gets to show off her rich bitchy side along with some insane mod outfits. 007 fans should also keep an eye out for a smaller role for Walter Gotell, who appeared in multiple Roger Moore films. Then there’s Britt Ekland (a future Bond star herself), who seems like a marginal character at first as the German secretary Greta but proves to be 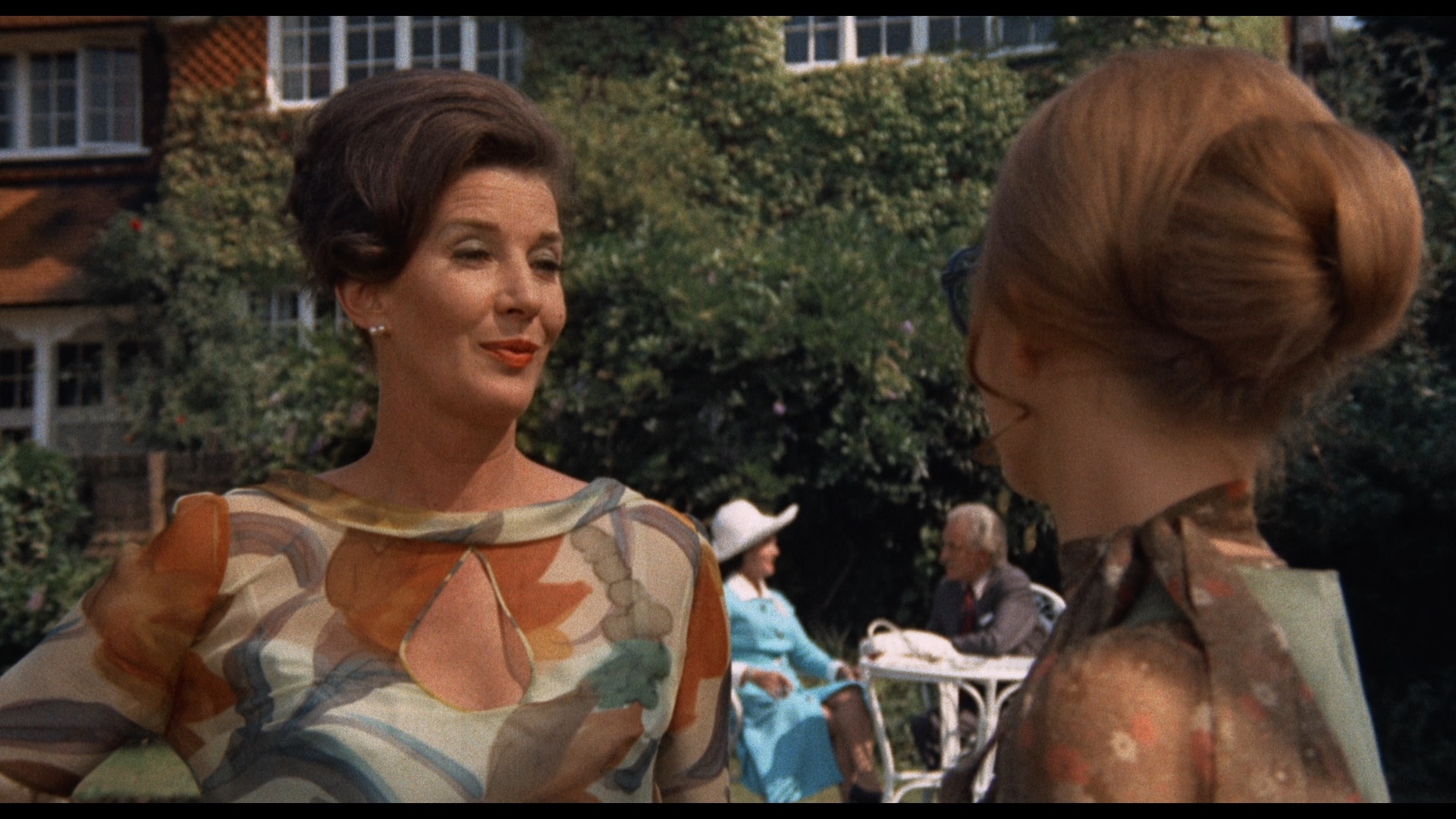 a pivotal force in the end; her fleeting nudity was also the main sticking point for Christie, though it’s so tame here it could still fall within the range of a PG rating. 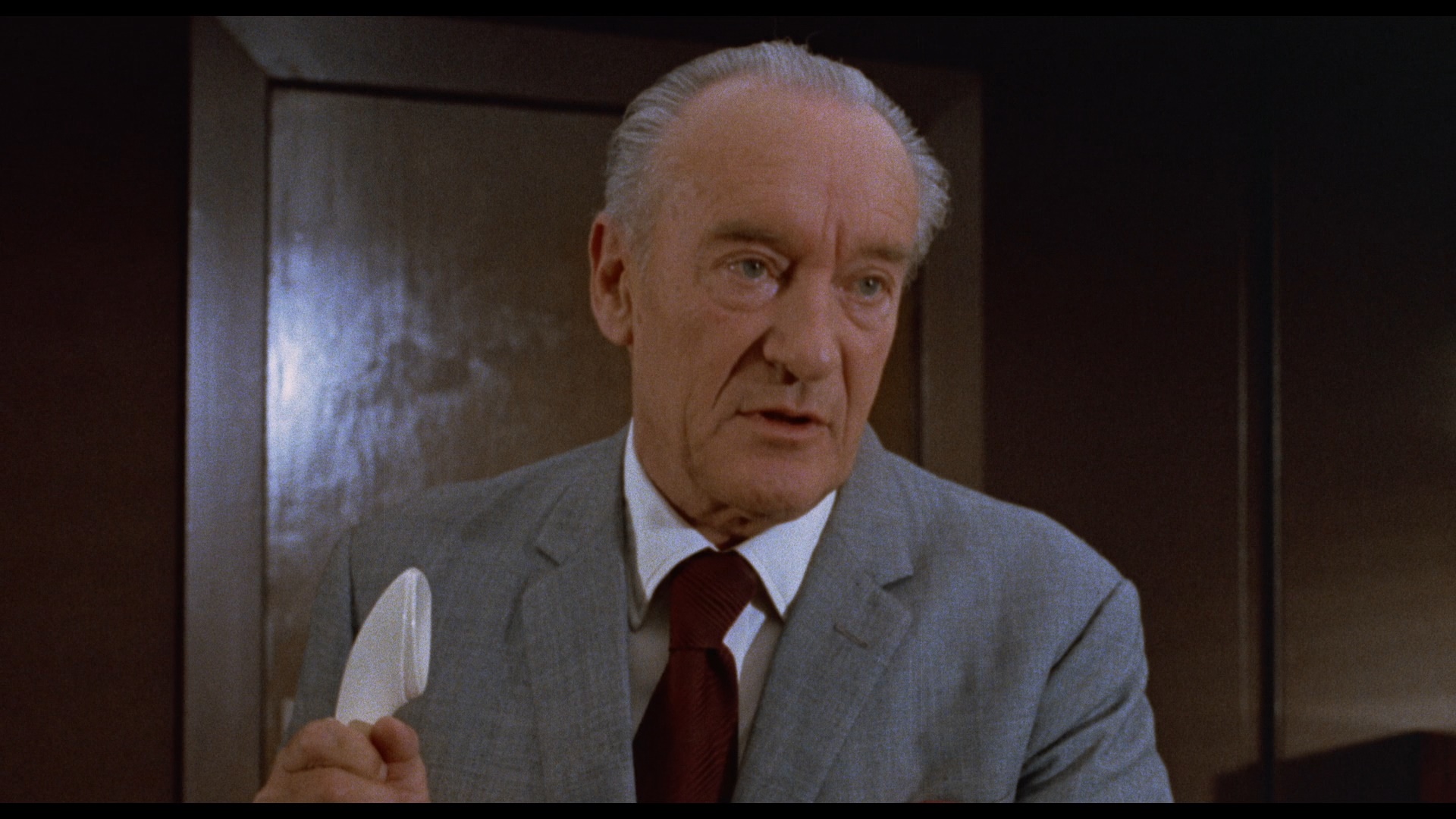 Originally released on VHS in the U.S. by HBO, Endless Night made the leap to DVD early in the format’s history from Anchor Bay along with several other Christie titles like Evil Under the Sun, Death on the Nile and The Mirror Crack’d. The anamorphic transfer was fine for the time and ended up being recycled for a number of reissues in Europe and the U.S. over the years, but a special edition didn’t arrive until the 2020 U.K. Blu-ray from Indicator. (A U.S. Blu-ray from Kino Lorber is also forthcoming.) Image quality is very good and accurate to the source, a bit grainy and grubby in keeping with the look of the film stock (including those tangerine-style skin tones common t the late '60s and early '70s) but much clearer and more vibrant than prior DVDs; the DTS-HD MA English mono audio is also perfectly satisfying and true to the original recording. Optional English SDH subtitles are provided, and a second audio option is a British Entertainment History Project discussion with Gilliat from 1990. Conversing with Roy Fowler and Taffy Haines, he spins out a number of stories about his career starting off with anecdotes about his father and then bouncing through his most famous writing and directing adventures with Launder and otherwise. Also included is the John Player Lecture with Herrmann (52m28s) from 1972, with interviewer Ted Gilling asking him about the artistic necessity of film music, his use of leitmotifs in Citizen Kane and other work with Orson Welles, 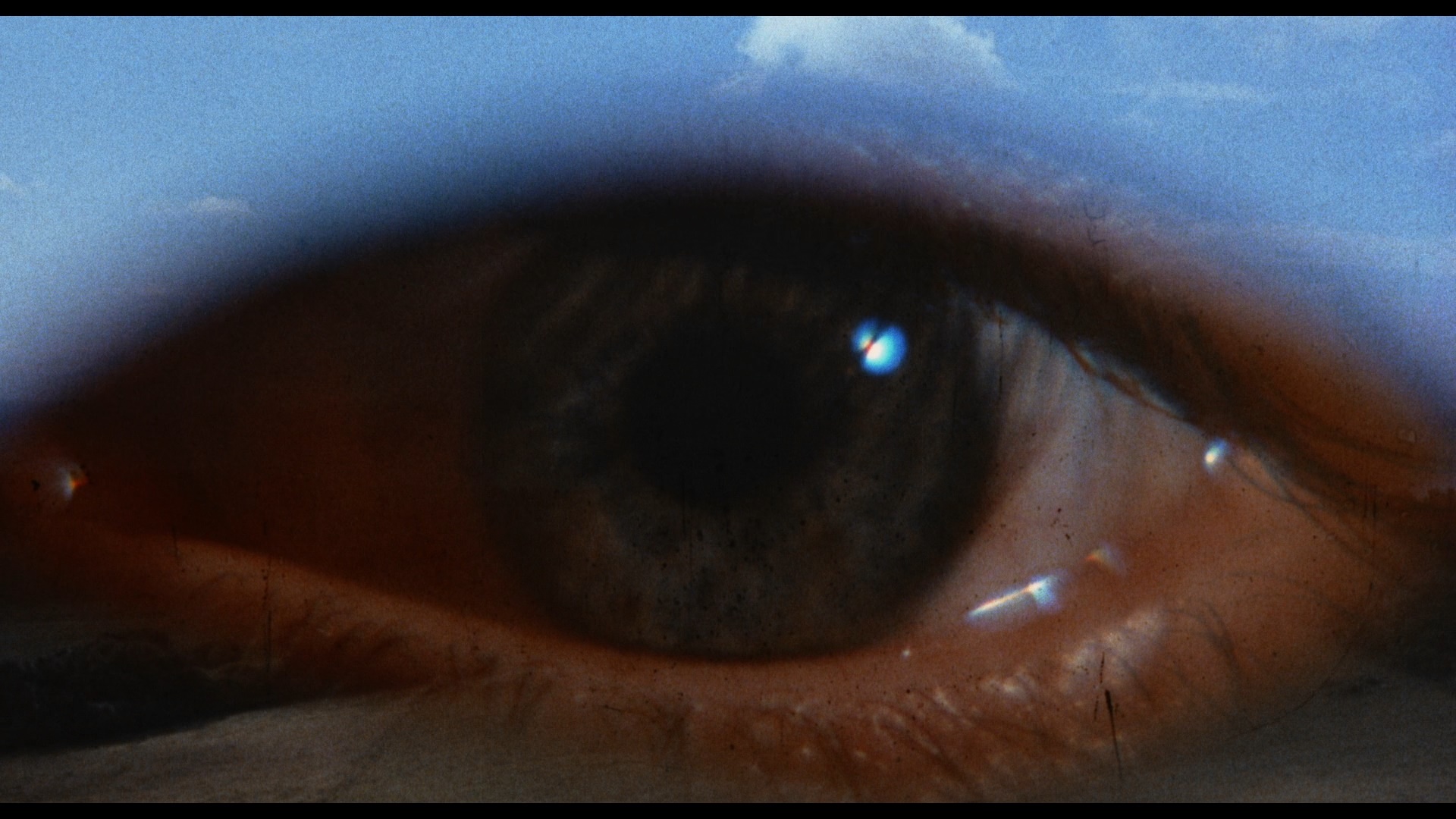 the unusual integration of fiddling into The Devil and Daniel Webster, his pioneering electronic work on The Day the Earth Stood Still, 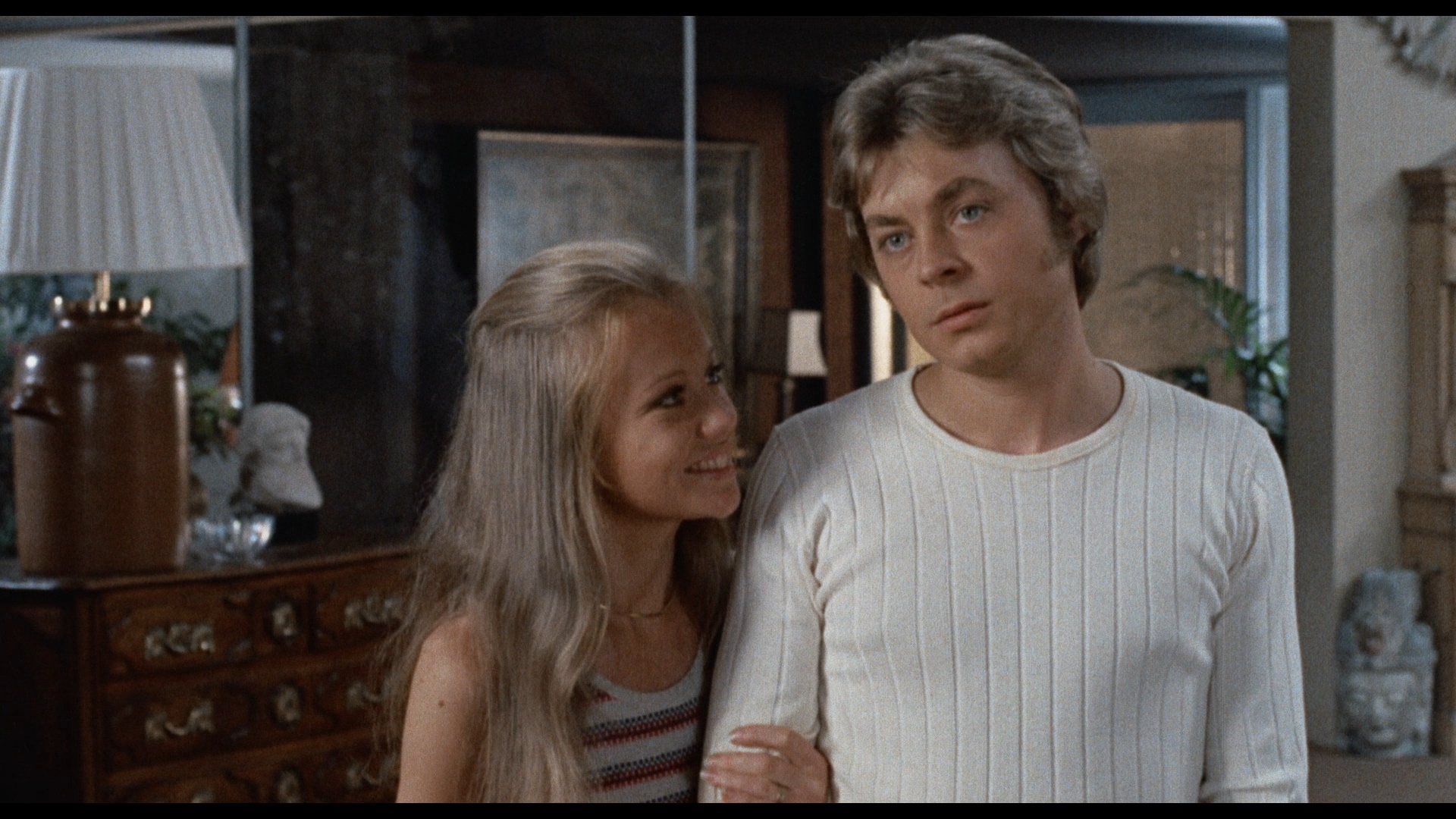 his collaborations with Hitchcock, and much more. A new interview with Mills, "A Full House" (7m20s), touches on her memories of the "un-showy"Gilliat, her domestic situation at the time with Roy Boulting, the declining state of Sanders' health, an unorthodox weight maintenance tip, and her first dance-filled day of shooting on this film. In "Endless Notes" (12m38s), composer Howard Blake recalls his own introduction to film music with early apprenticeships under a trio of composing luminaries including Herrmann and his experience with the Moog, which he introduced to the composer for a prominent element in the score. Then Herrmann takes center stage again for an analysis by author Neil Sinyard in "Emotional Turbulence" (16m2s), which focuses on the composer's later years in England including this film, Twisted Nerve, and The Night Digger, all dealing with psychological disturbance. Finally the disc wraps up with an SD theatrical trailer and a gallery of 26 stills and promotional items (including some under the great Italian title, Champagne per due dopo il funerale). As usual the insert booklet is a notable extra itself, featuring new liner notes by Anne Billson, a vintage written intro by Launder and Gilliat, a Gilliat press interview, sample U.K. reviews, and credits.