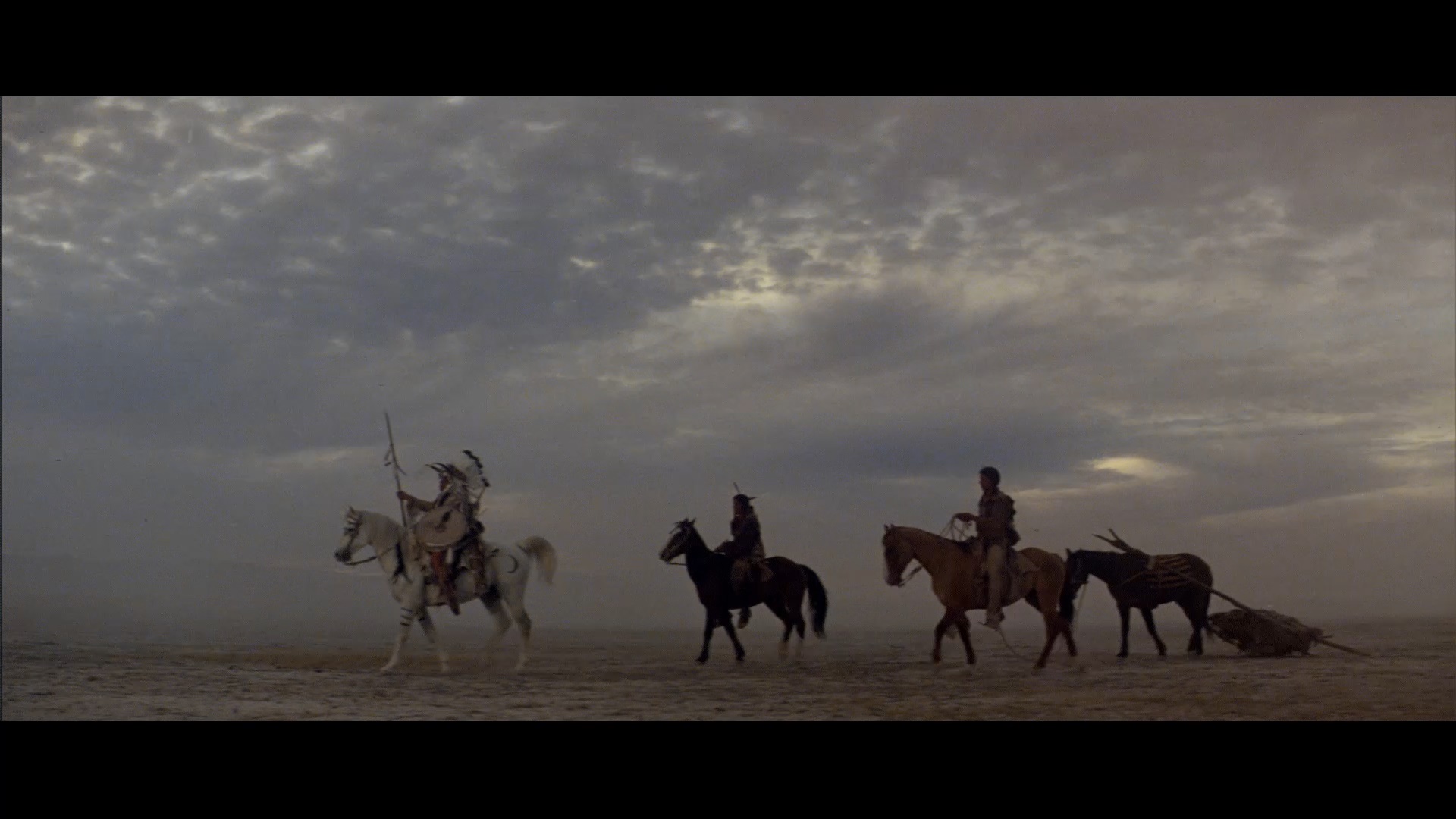 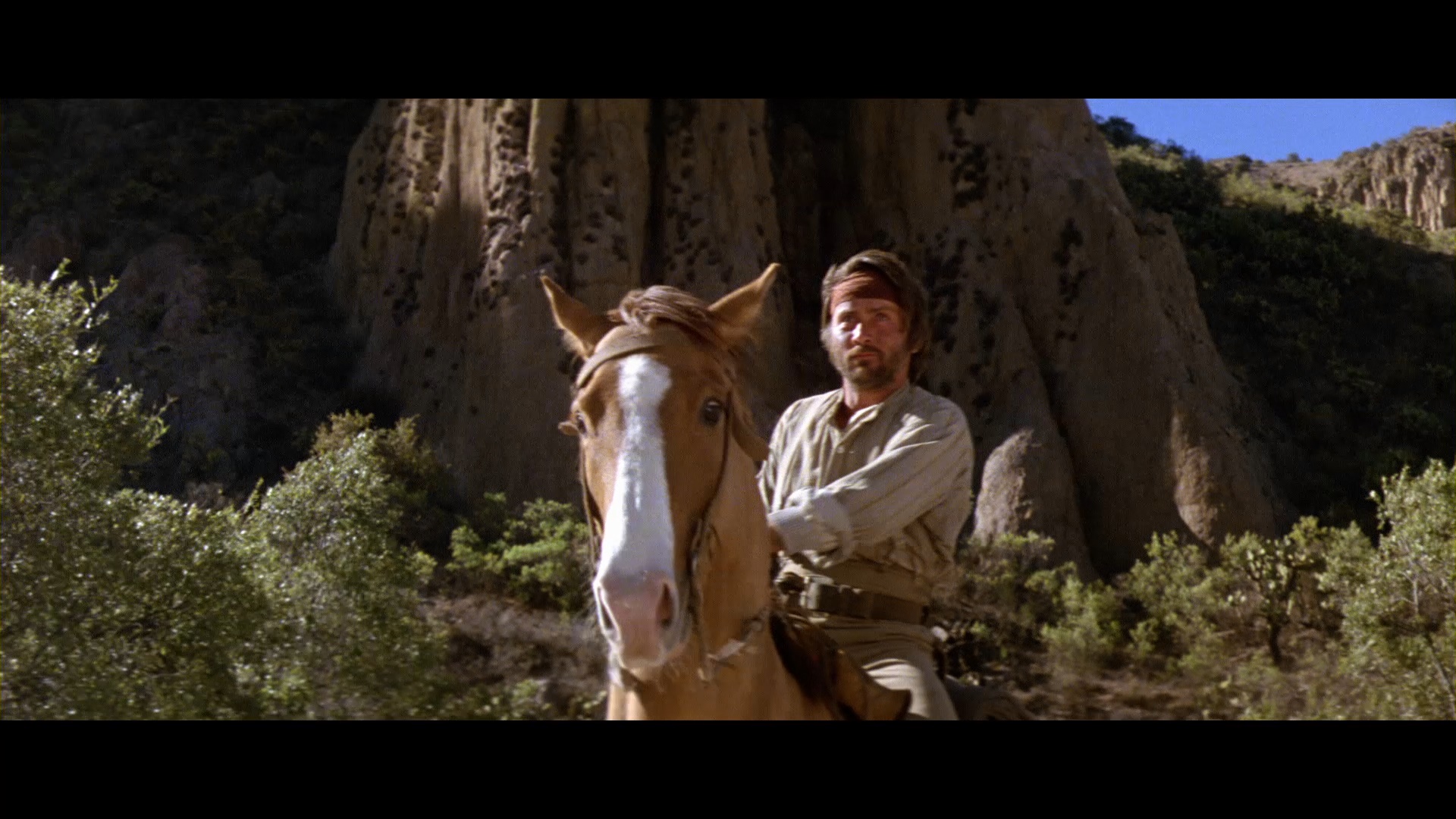 his breakthrough second feature, The Lion in Winter, British director Anthony Harvey never came close to matching that Oscar-winning hit's success despite a number of subsequent worthwhile films including They Might Be Giants? 1979 saw no less than two feature films from Harvey, neither of which proved to be a significant boost to his career despite their points of interest: Players, a soapy tale about the high-stakes world of professional tennis, and Eagle's Wing, a surreal revisionist western shot in Mexico. Barely given a theatrical release in the U.S. in 1980, Eagle's Wing became something of a bargain bin staple with its careful scope lensing slashed to pieces by poor pan and scan transfers. (The sorry version available for legal streaming online is no better either.) Fortunately the film has been given a much-needed overhaul on Blu-ray from Scorpion Releasing with its original, wide framing finally restored to give it the necessary sense of grandeur.

Just after recovering from a heart attack during the prolonged shooting of Apocalypse Now, Martin Sheen shifted gears here to play Pike, a trapper who's out scouting with Henry (Keitel) in the wilderness. Meanwhile an Indian tribe led by White Bull (Waterston) wins a battle but loses its opponent's beautiful, swift white horse, Eagle's Wing, which ends up crossing paths with Pike. Also in the mix is a group of settlers led by a European widow (Audran), and when a massacre leaves the young Judith (Langrishe) in 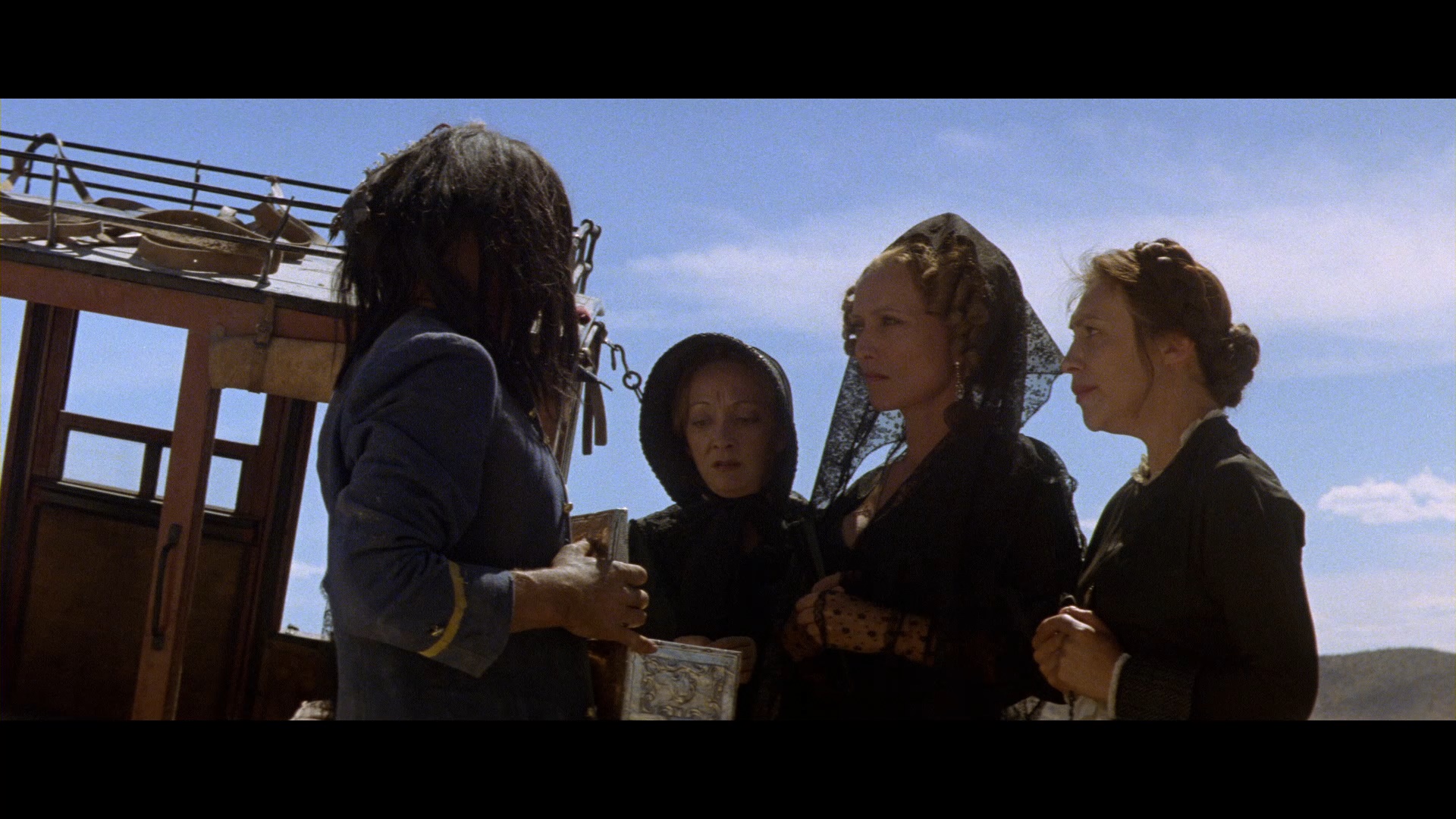 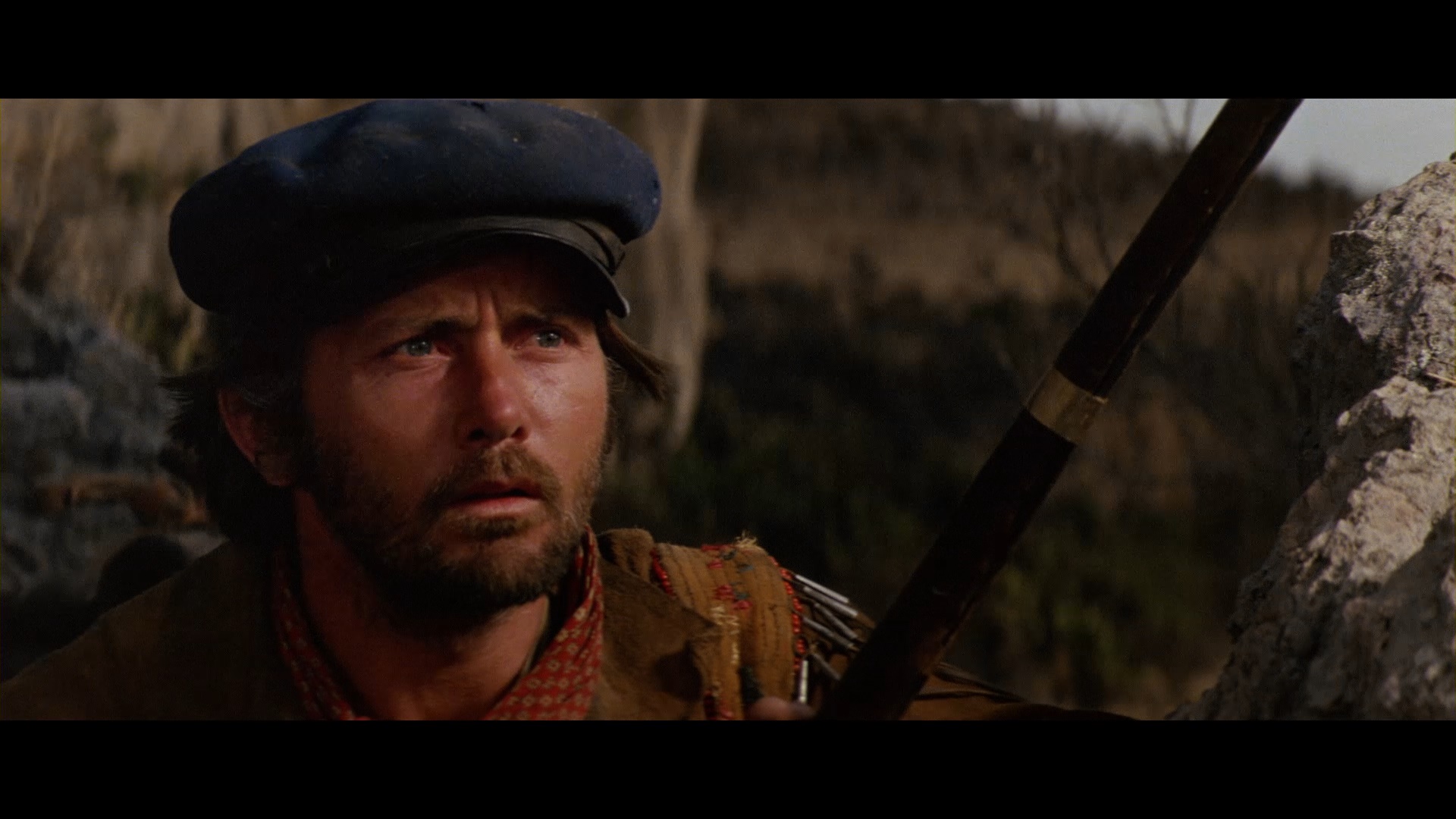 hands of White Bull, the stage is set for a race to claim ownership of the prized horse.

More of an atmosphere piece than a linear narrative for most of its running time, this is a film fixated on austere landscapes and clashing cultural practices with a lyrical score by Marc Wilkinson (The Blood on Satan's Claw) and gorgeous cinematography by Billy Williams (Women in Love). The actual story is so wispy thin it might even be too minimalist for Terrence Malick, but that also leaves plenty of room for mood and a simmering meditation on the culture clash occurring out in the middle of nowhere. The film has its share of surprises, too, including the very early exit of one major character and a wider range of inhabitants than usual for a western of the era. Of course it's odd seeing Waterston (one of the whitest men on the planet) playing a Native American character, but at least the character's imbued with plenty of dignity and not much of an affront for the time it was made.

The 2019 Blu-ray of Eagle's Wing is easily the best way to see this film as of this writing, with the ITV-provided HD master about on par with the ones they've provided for other films around the same time like The Tamarind Seed. It isn't the most visually crystalline film on the planet in the first place, but the soft, dusty imagery looks fine here and 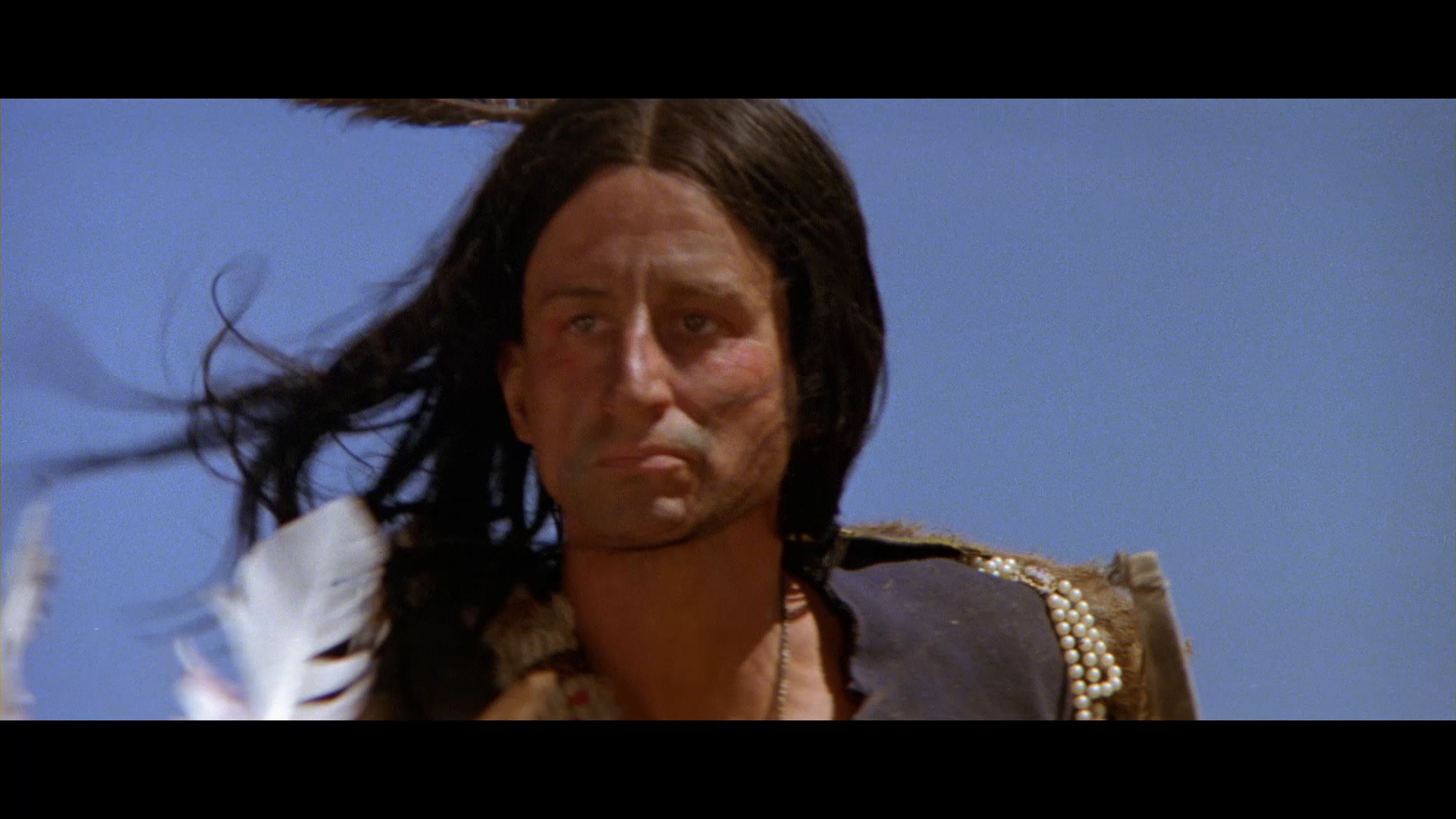 really glows with the full width of the frame restored here. 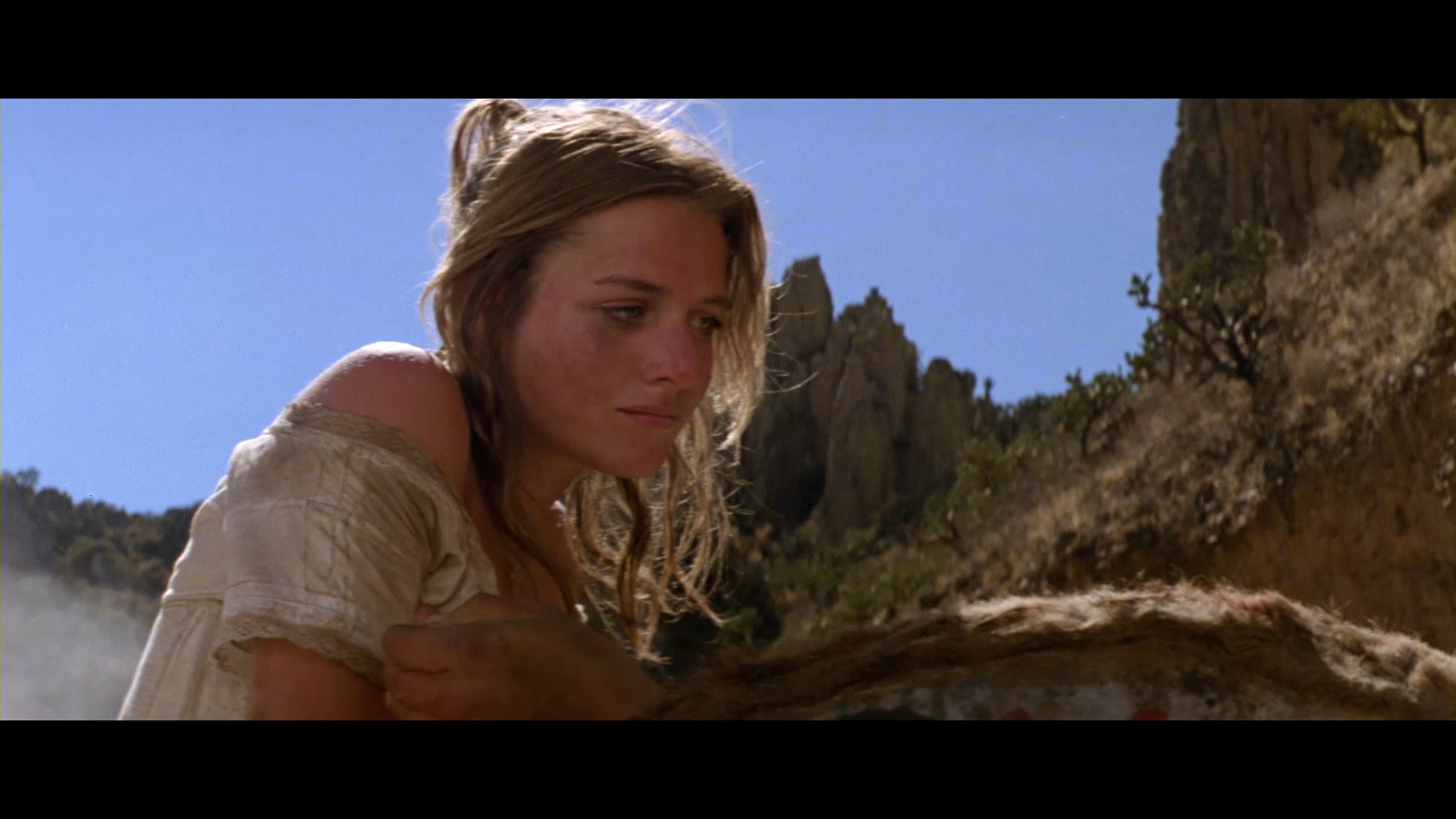 The DTS-HD MA English mono track is perfectly good for what it is, mainly showing off the eccentric but effective score; optional English SDH subtitles are provided. The one significant extra here is a new video interview with Langrishe (19m51s), who recalls shooting her love scene with Waterston ("like lions mating in the sun!") and her overall impressions of her first real feature film including some erratic behavior from the late Harvey (which this writer can confirm after working with him on a much later project). You also get a very lo-res theatrical trailer and bonus ones for Barbarosa, Love Letters, and Conduct Unbecoming.