Though MGM's packaging desperately tries to pass this film off as a satanic thriller in the vein of Rosemary's Baby, this second H.P. Lovecraft adaptation from art director turned auteur Daniel Haller (Die, Monster, Die!) is actually another flawed attempt to capture 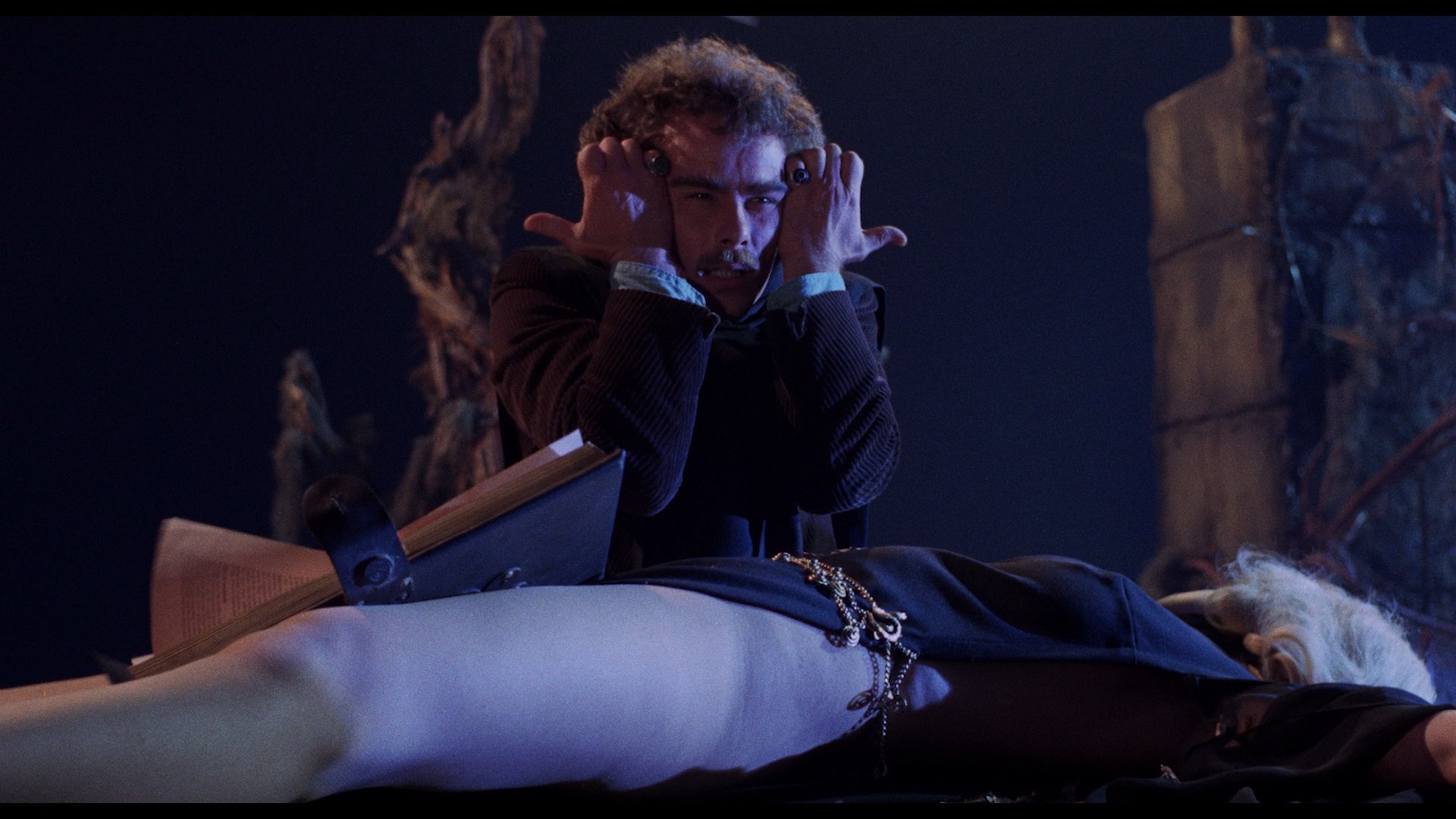 the unimaginable, cosmic gods of Lovecraft's literature on film. While the placement of giggling good girl Sandra Dee in such a milieu could have been disastrous, she actually makes a fairly credible horror heroine; the film's weakness in fact lie elsewhere, making it a fascinating if ultimately not quite satisfying visual feast combining psychedelia with gothic excess.

Vaguely creepy Wilbur Whately (Dean Stockwell) appears at Miskatonic University to raid the archives for the Necronomicon, a tome containing details and summoning instructions for an ancient race of gods known as the Old Ones. Lovely student Nancy (Sandra Dee) also catches Wilbur's eye, though not for reasons one might suspect; in fact, he attempts to steal the book and plans to use Nancy in a recreation of a ritual which led to Wilbur's supernaturally tainted birth. Meanwhile Wilbur's unseen twin brother, locked up within the 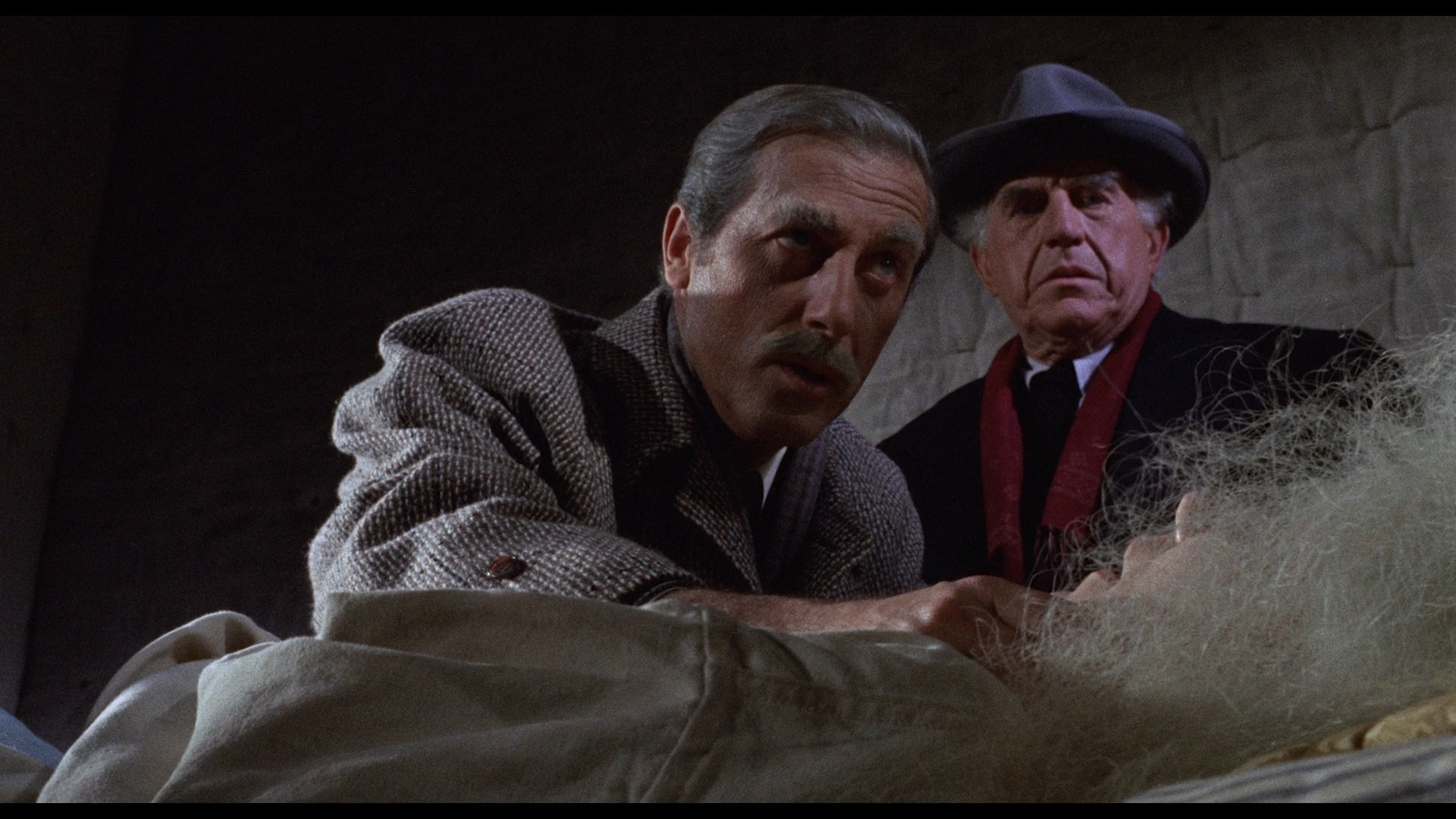 confines of teh Whately estate, becomes increasingly impatient for the arrival of its creators, and Nancy's decision to accompany Wilbur to the less than hospitable hometown of Dunwich results in a stormy, violent finale which finds our warlock anti-hero facing off against the resourceful Dr. Armitage (Ed Begley), the only man capable of halting Wilbur's occult rituals.

More of a visual artist than an assured storyteller, Haller imbues Dunwich with a strong, off-kilter atmosphere of ancient evil seeping within the very stones and earth of New England, perhaps in a manner even more palpable than that of his mentor, Roger Corman (who stayed on as executive producer). Even Corman's regular composer, Les Baxter, turns up to provide an insanely catchy music score, most memorably accompanied by animated opening credits. Sadly long out of print after a brief appearance on vinyl, the music alone may be enough to draw in both horror fans and lounge music 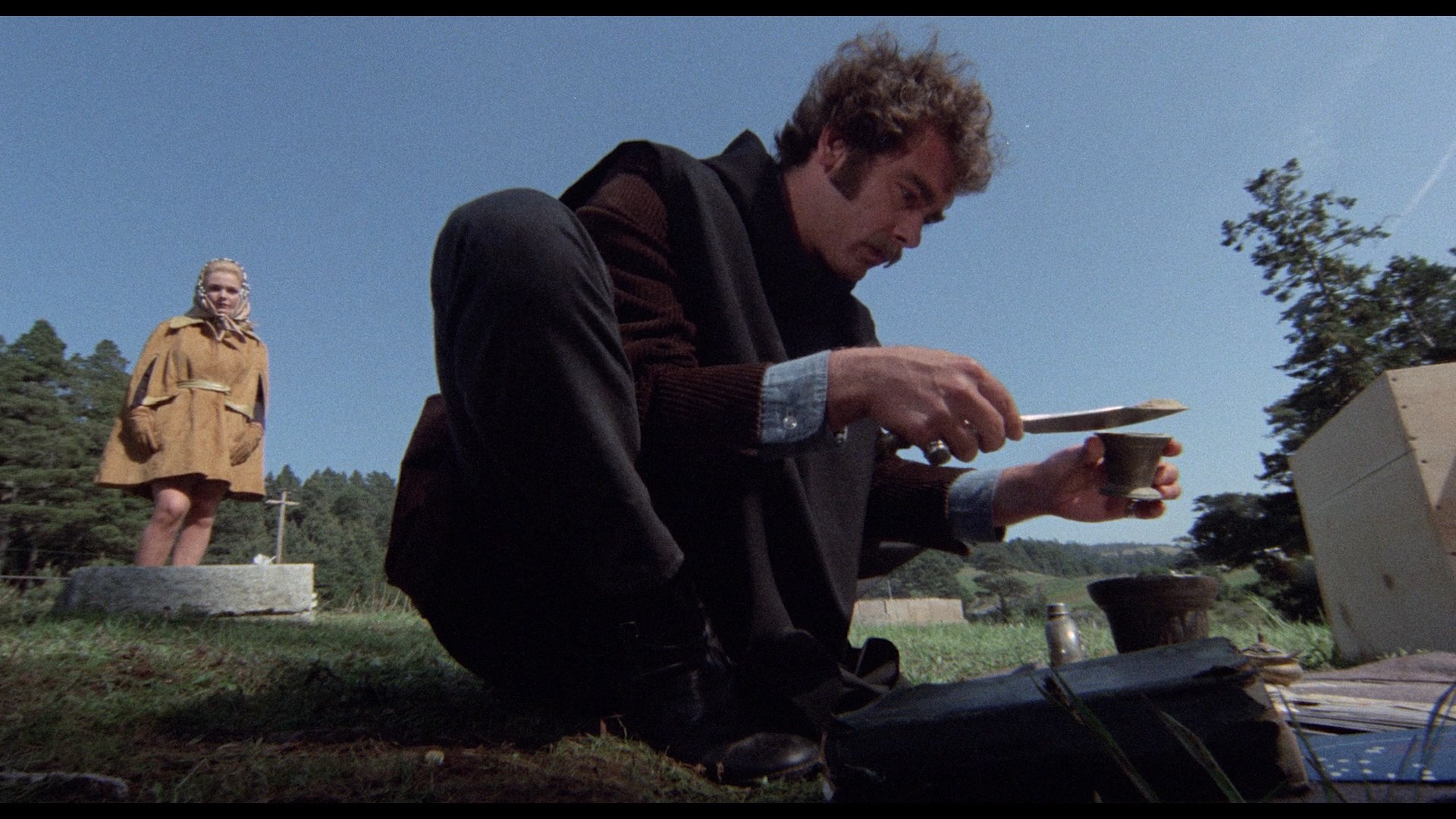 buffs. After the ultimately lukewarm reception of this film (along with the similarly flawed The Shuttered Room), Lovecraft adaptations seemed to become extinct until Stuart Gordon injected new life with his delirious Re-Animator, which ushered in a brief but welcome new renaissance for America's second most respected writer of classic horror/fantasy.

Originally rated M and re-rated PG under the new MPAA system, The Dunwich Horror made its first video appearance in a murky, open matte transfer from Embassy. Those cheaply produced tapes didn't last on most shelves for very long, but perhaps it was all for the best. When the rights passed over to MGM, the studio released a VHS edition which, as detailed in Video Watchdog magazine, contained a minute of previously unseen footage trimmed before the film's theatrical run. Consisting of various female nude shots (including one partially undraped body which could be Dee or a body double, though the dubious MGM "Fun Facts" on the box claim it was really her), the restored footage made this one of the most eagerly anticipated DVD titles. Fortunately the extended version (with a new R rating) has remained intact on DVD, where it now sports a lustrous anamorphic transfer as well. The framing looks a little tight on top at times, but generally the compositions seem balanced and don't lose anything in the wider aspect ratio. The disc also includes the original AIP theatrical trailer, which indicates what a tough sell this movie was back in 1970.