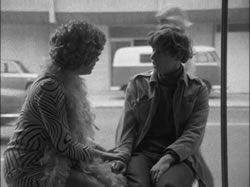 Now here's a double feature unlike anything else you've ever seen. In the '70s, a trio of creative Canadians relocated to England decided to create a pair of wildly inventive, unclassifiable films using funding from the BFI; the most famous of these was easily Galt MacDermot, the Grammy-winning creator of the stage musical Hair who provided musical duties, while directing and writing were handled by Joseph Despins and William Dumaresq. Both films are, to put it mildly, incredibly eye-opening and wildly entertaining, making one wonder why they quickly vanished into obscurity.

First up is Duffer, which feels like what happen if John Waters and playwright Joe Orton got together on a drunken evening. The title character is a ridiculously open-minded and willing teenager named Duffer (one-shot actor Gleave) who enjoys making other people happy, no matter how kinky things may get. He splits his time between a middle-aged prostitute named Your Gracie (May) who enjoys fluffy kitties and fluffier beds and a predatory older gay man named Louis Jack (played by Dumaresq under the name "James Roberts") whose proclivities include dropping earthworms on Duffer in bed. The boy optimistically goes along with all of these scenarios up to a point, but when he decides to favor Your Gracie, the romantic rival comes up with a particularly twisted method of winning his prize back. 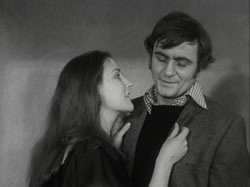 Simply put, this movie is completely bonkers and utterly fascinating. The grainy 16mm monochrome photography gives it a seedy but oddly beautiful texture that fits the grotesque performances, and it wouldn't be surprising to find out that this was a secret influence on films like Thundercrack! and Singapore Sling. Those films are more explicit, of course, though Duffer still jolts with a few images more explicit than what you'd normally expect from a 1971 film. Like those later films, it carefully walks a tightrope between high art and twisted trash; each viewer will have to decide where exactly it winds up at the end. McDermott's score (which has popped up on a few compilations over the years) is actually more famous now than the actual film thanks to repeated rap sampling, believe it or not. 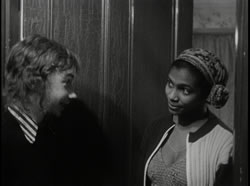 However, McDermott had a lot more to do with the same team's follow-up film, a musical called The Moon over the Alley. Sort of a gritty '70s predecessor to Rent (only way better), the film works its songs directly into the narrative fabric of the film by having them performed as they might be in real life (hummed, sung along to on the radio, etc.). There's not much in the way of story here as we bounce around for a day with the multi-cultural working class residents in a Notting Hill neighborhood. Most of it revolves around a boarding house where the German landlady (Fishwick) keeps order while her husband's away, and the tenants include a variety of characters from India, Ireland, and America. Domestic squabbles, light comedy, and drug use are just a few of the everyday elements here, while the local council could make the call to demolish the entire block for remodeling at any minute. If his name weren't on it, most musical buffs probably wouldn't be able to pinpoint this as a musical from the same man who wrote Hair, but his work here is imaginative and often quite infectious.

Another laudable restoration of two essentially lost films, the BFI's release of Duffer and The Moon over the Alley features both Blu-Ray and DVD versions in the same package. The former obviously wins hands down for quality, and while Duffer is one seriously grainy film, the HD rendition makes it a rich, cinematic visual experience all the same. Both films contain optional English subtitles, which are quite handy at times given the sometimes primitive nature of the sound recording. No video extras are included, but you do get a thick booklet containing some useful contextual liner notes by Stephen Thrower for both films, vintage reviews by Nigel Andrews and Alexander Walker, a director's statement, a lengthy making-of essay by Chuck Despins that puts the distribution and production history in sharp focus, bios for both directors, and an essay about McDermot's music by Rob Young. Truly a crazy counterculture pairing like no other.