Apart from the masterful Black Christmas, holiday slasher movies have been a very silly bunch. From the crackpot Christmas Evil to the lunatic Silent Night, Deadly Night Part 2, there's something about that special time of year that brings out the goofiest excesses in low budget filmmakers. Case in point: Don't Open Till Christmas, a British spin on the '80s Christmas slasher formula. This time the twist is that instead of a killer Saint Nick, the victims here are all dressed as Santa Claus thanks to a maniac with a yuletide axe to grind. It also marks the sole directorial effort for actor Edmund Purdom (who of c 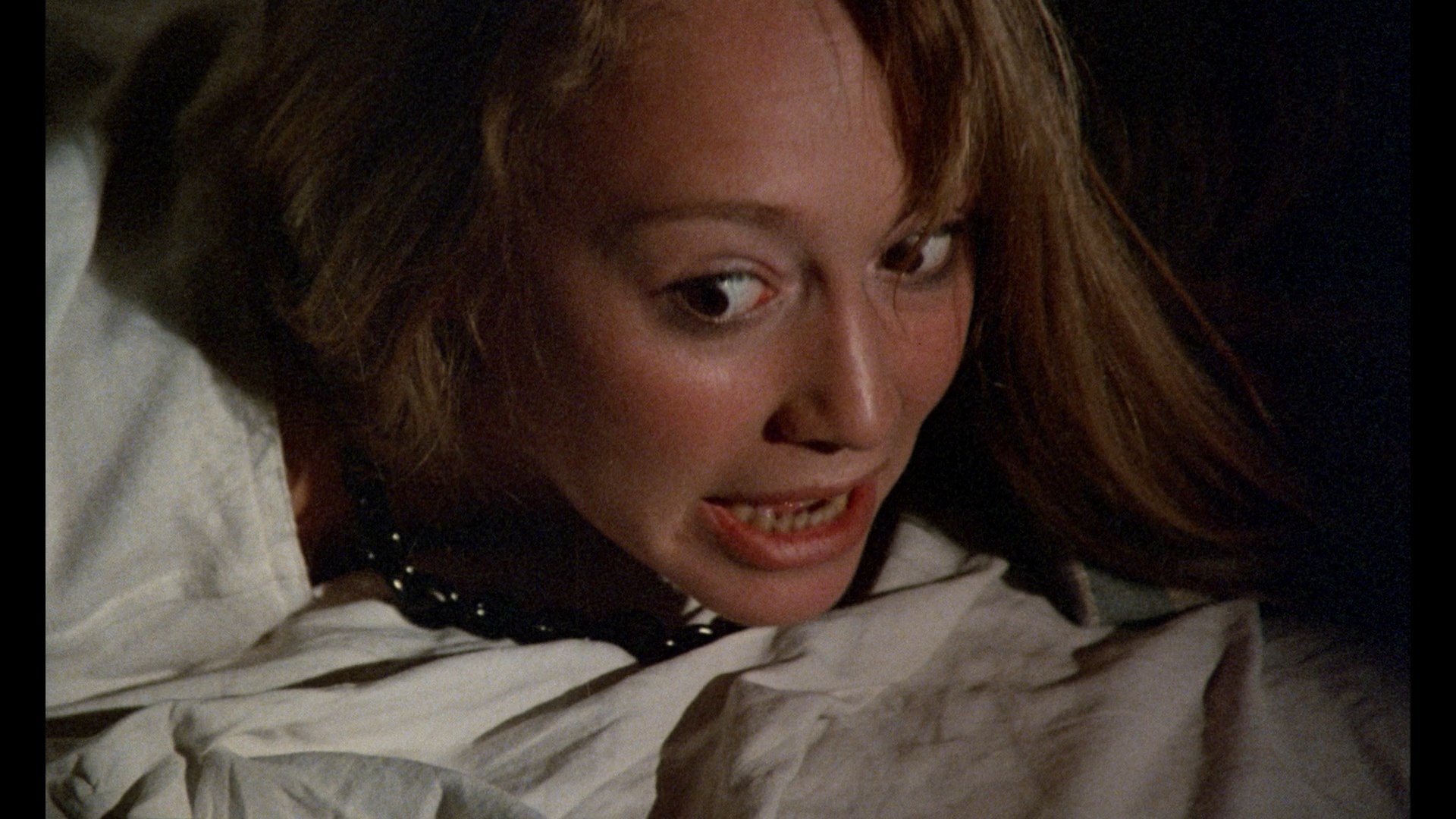 ourse does double duty here appearing as a Scotland Yard inspector), whose bizarre career includes Ator the Fighting Eagle, 2019: After the Fall of New York, and of course, Pieces. How much Purdom actually directed seems to be a source of contention given the patchwork nature of the finished film and its reputation as a very troubled production, but whatever the truth may be, it's a big holiday helping of stupid fun.

There isn't much else to say about the plot here as the film is essentially a string of stalk and slash sequences, with guys in Santa outfits (and sometimes their attractive female companions) getting offed via a skull-piercing spear, wire strangulation, a knifing in a porno booth, a knife shoe swiped out of From Russia with Love, and an infamous bloody-spraying scene at a urinal you have to see for yourself. There's also a protracted Santa-hunting scene in a horror wax museum that temporarily plunges into Italian gothic horror territory, plus an incredible cameo appearance by Caroline Munro (apparently hoping to recapture the magic of Maniac) doing her finest Olivia Newton-John impersonation in a musical act (climaxing with another grisly Santa death, natch). In between there's some filler about the inspector looking into the case, the first dead Santa's daughter Kate (Mayne) and her boorish boyfriend (Sundquist), and a

strumpet in a Santa outfit named Sherry (Baker) who lives to tell about her near-death attack.

A look at the rest of the talent behind the camera should tell sleaze fans a lot. For example, this was written by one of Britain's most notorious sexploitation purveyors, Derek Ford (who also appears as one of the targeted Santas), the director and scribe who gave the world Subur

Randall should be a familiar name to fans of the essential DVD label Mondo Macabro, who earlier unleashed his Living Doll, For Your Height Only, and The French Sex Murders on an unsuspecting public. Their crack at this particular film is especially welcome as it rescues this title from decades of shoddy, murky transfers on gray market labels (usually derived from VHS); not surprisingly, it was also trimmed down by over two minutes in the UK by the BBFC when it hit VHS, eventually coming to DVD there in a slightly longer version in 2003. The American DVD is uncut and sports a dramatically improved transfer, accurately framed at 1.66:1. It still looks like a low budget '80s slasher movie, of course, with some pretty shabby lighting in many of the night scenes limiting the visual appeal of some sequences. However, when everything's lit and in focus, the transfer looks great with punchy reds and lots of detail in the graphic murder scenes. It's hard to imagine how this could possibly look any better in standard def. Both of the major video extras have been available separately on some of the earlier Mondo Macabro/Dick Randall titles listed above, but they're worth repeating and in one case work much better in context on this DVD. "The Making of a Horror Movie" is a staggering 52-minute, VHS-made doc about the making of Don't Open Till Christmas, with a goofy and leering Randall and Minasian in a screening room watching busty girls in Santa outfits and sifting through plentiful footage from the set. Much of it focuses on the gore, of course, but you get some fun goofing around from the cast and production crew as well as the entirety of Caroline Murno's musical number from different angles (followed by a few comments from the scream queen about her preference for classic horror villains like Dracula). The other extra is "The Wild, Wild World of Dick Randall," which encapsulates this shady and shameless showman from the perspective of those who knew and worked with him. The typically excellent notes about the film and participants provide plenty of valuable information, including a breakdown of the various directorial hands involved including some late-act salvage work by Alan Birkinshaw, whose gleefully absurd Killer's Moon would make a great double feature with this bloody stocking stuffer.