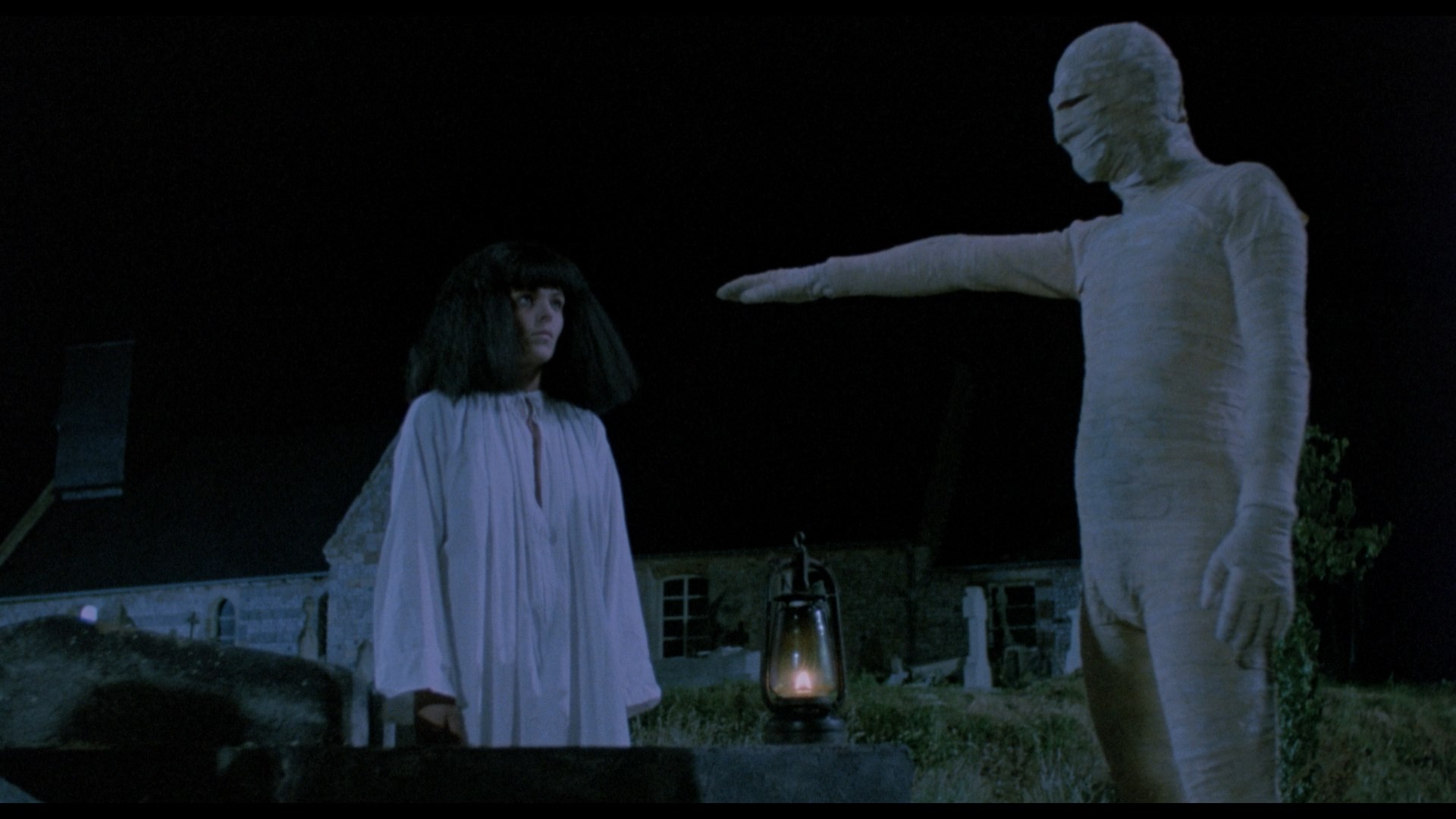 Have you ever seen a film so insane, so completely off the charts in every possible way that it defies any semblance of human logic , that it actually becomes an anti-masterpiece? If not, feast your eyes on Devil Story, a lunatic '80s French horror film apparently shot during a slow weekend in the countryside with some monster make-up and no finished script in sight. Though it was shot on film (probably 16mm from the look of it), this one fits snugly with the madcap philosophy of DIY shot-on-video horror films from the era where absolutely anything could and probably would happen.

For the hilarious first ten minutes or so, a short guy in a wrinkled demon mask (Simon) runs around in some woods killing every random person he encounters, including one clueless guy just looking for a gas station. When night falls, he returns to the clutches of his gypsy mother (or something like that) in some ruins where a mummy is being raised from its sarcophagus along with a black-haired Egyptian sorceress. Then there's a blonde girl (Renaud) wearing a slip and a yellow raincoat whose car gets stuck nearby, and after losing her boyfriend, she spends the entire night running from one supernatural menace to the next. And on top of that, a cranky old guy with a shotgun keeps trying and failing fo 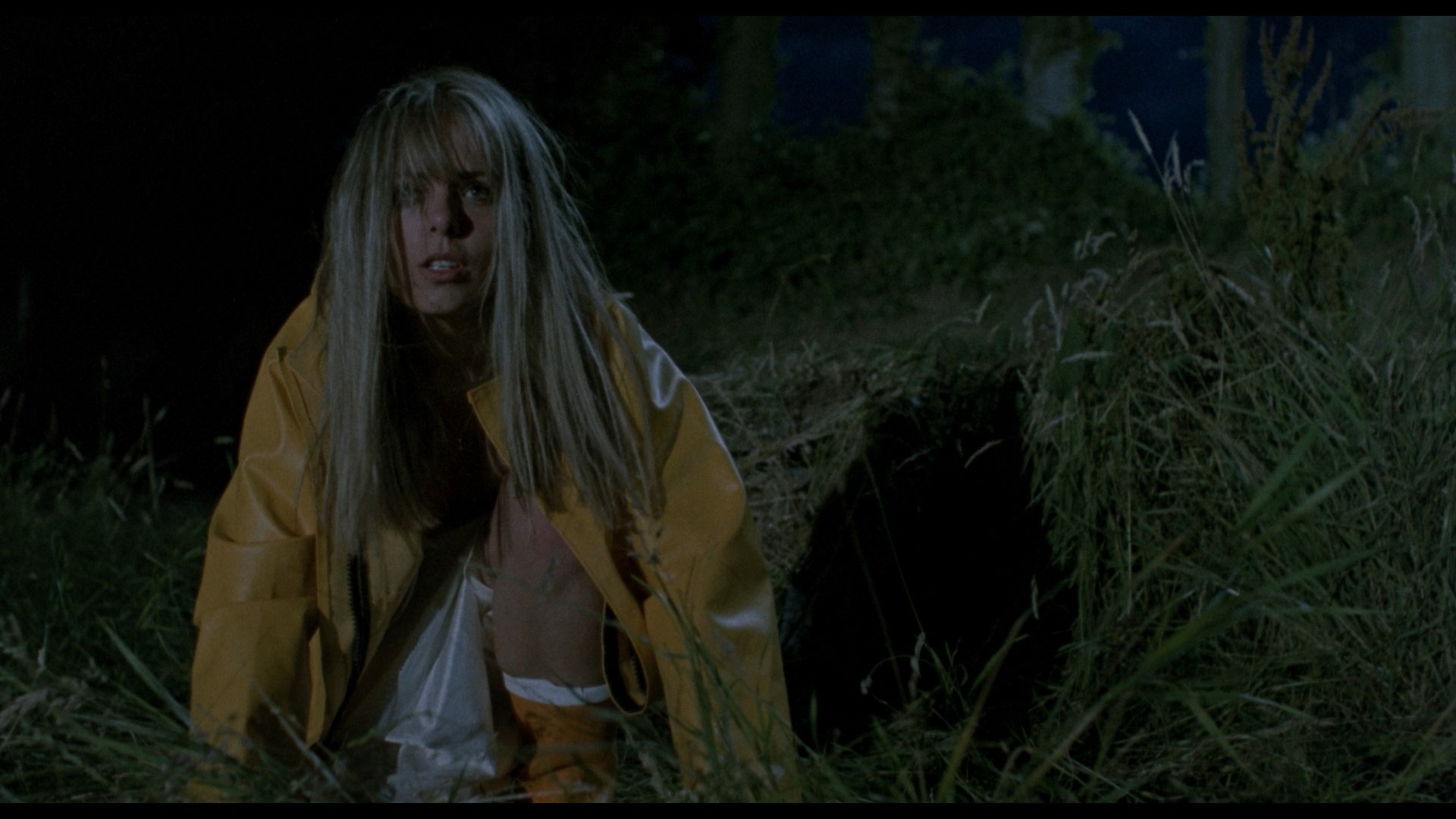 r hours to plant a bullet in his black stallion, which is apparently possessed and keeps running around him in circles. Eventually it all comes to a head in a triple-climax finale that makes no sense at all but will have fans of crackpot horror films passing out from sheer delight.

Gory, absurd, and extremely entertaining, this unsung gem boasts production values that make Eurocine look like Disney in comparison; most of the night scenes are very dimly lit, which only adds to the confusing and hallucinatory atmosphere of the whole thing. Director Bernard Launois (who understandably gave up filmmaking after this having apparently realized there was no way he could top this one) seems to be going for kind of a Jean Rollin vibe at times with the funereal settings and pretty girls fleeing back and forth through natural settings, but the complete lack of poetry on any level turns this into a whole different beast entirely. On top of that, the rinky-dink Casio music score (which at times sounds like the intentionally ratty opening 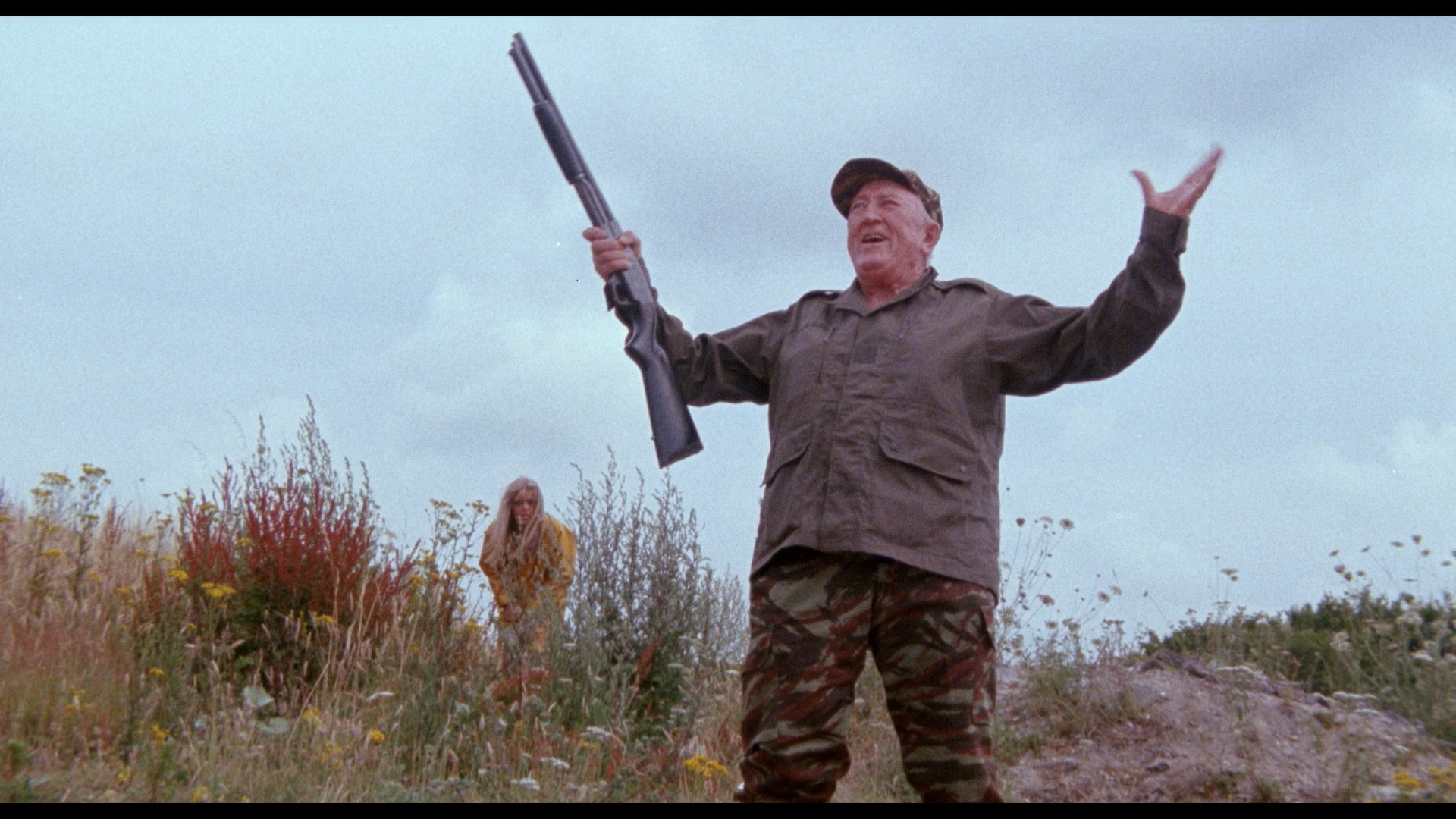 chords from Nekromantik) seems designed to drive viewers up the walls but is certainly unlike anything else you've ever heard.

Passed around in dupey gray market VHS editions for a while in dubbed form with Turkish subs, Devil Story gets its first official DVD release from the very enthusiastic folks at Nanarland and Sheep Tapes, who obviously realize they have a potentially huge cult film on their hands. The transfer is extremely modest due to the original source; the few daylight scenes look fine, but the bulk of the night shots can't look any better than the murky photography will allow. It hardly matters though. 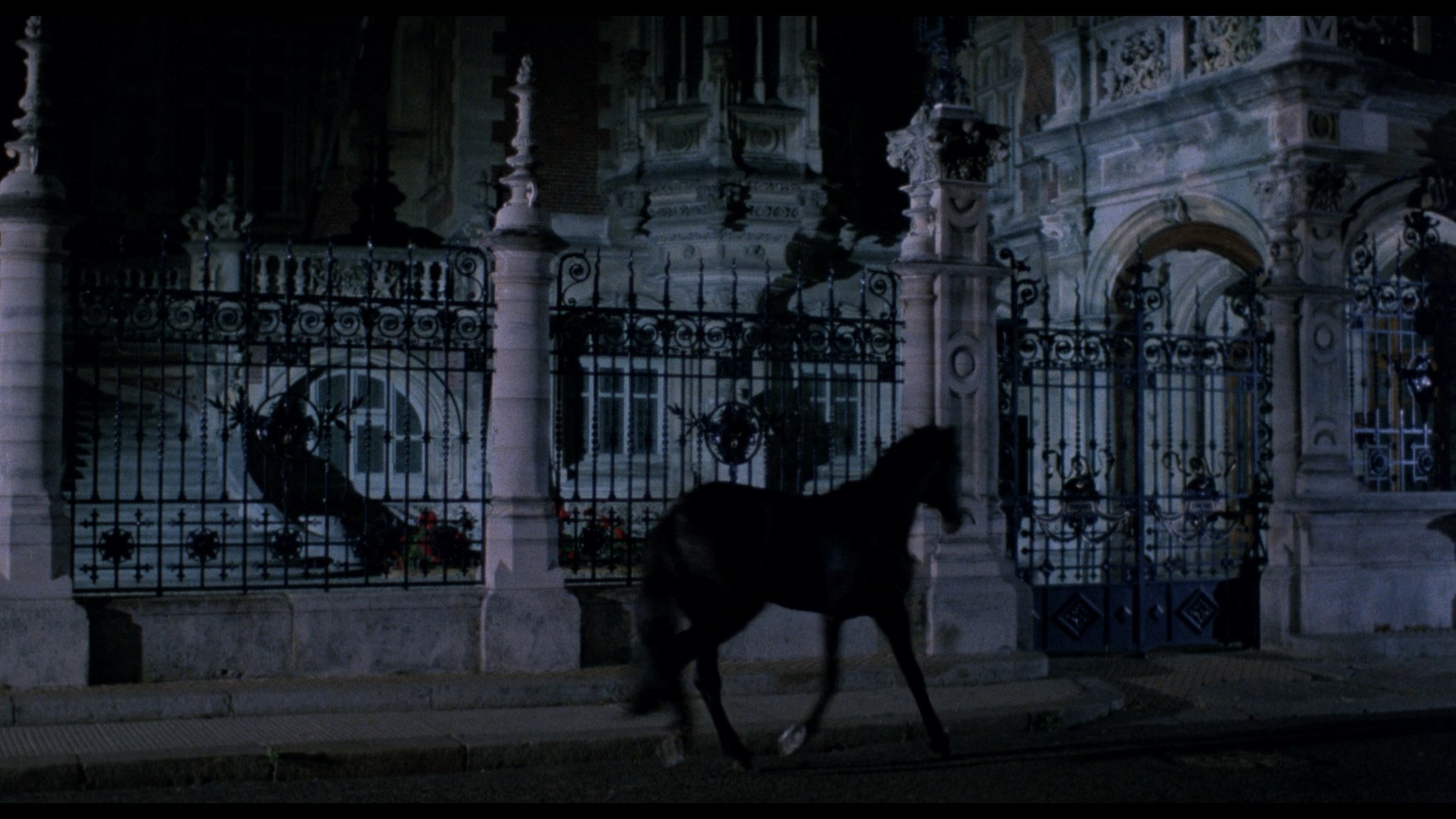 Audio is presented in the original French and the English dub with no subtitle options; in this case the English option is fine since there's very little dialogue and most is spoken with the actors partially obscuring their faces anyway. Another audio option features "400 spectateurs ebahis en direct de la Cinematheque francaise," which means that, yes, they actually showed this film at that prestigious venue to a packed house, and you get to hear the uproarious result, a la the previous releases of Rocky Horror and Pieces.

As for extras, the biggest here is the half-hour "Il était une fois le diable" which features Launois, Renaud, appreciative fan Frank Henenlotter, writers Rurik Salle and Christophe Lemaire, and the Cinemateque francaise's Jean-Francois Rauger. It's all in French apart from Henenlotter, but you'll get the idea of what they're talking about pretty easily. The actress and director seem amused by the film's resurgence, and it's apparent that, like all great films of this ilk, it was originally made with a completely straight face. Other supplements include a very funny new teaser (featuring Rauger discussing how the film's discovery almost destoryed his sanity), the original trailer, a goofy but often hilarious fake documentary featurette called "Hollywood Devil Story" (which shows what would have happened if the film had become a smash hit and spawned a merchandising boom), a vintage three-minute excerpt on the making of the film from the news show FR3 Normandie including behind-the-scenes footage, a gallery of real lobby cards and very fake product tie-ins (including a pinball machine!), and a three-minute clip of some young guy wearing a scarf and reading a magazine on antiques talking about the film's depiction of horse possession. Simply put, this is one seriously amazing disc. (Incidentally, the packaging claims this is coded for Region 2, but it played on several Region 1-locked machines with no problems whatsoever; just make sure you can play PAL discs.)