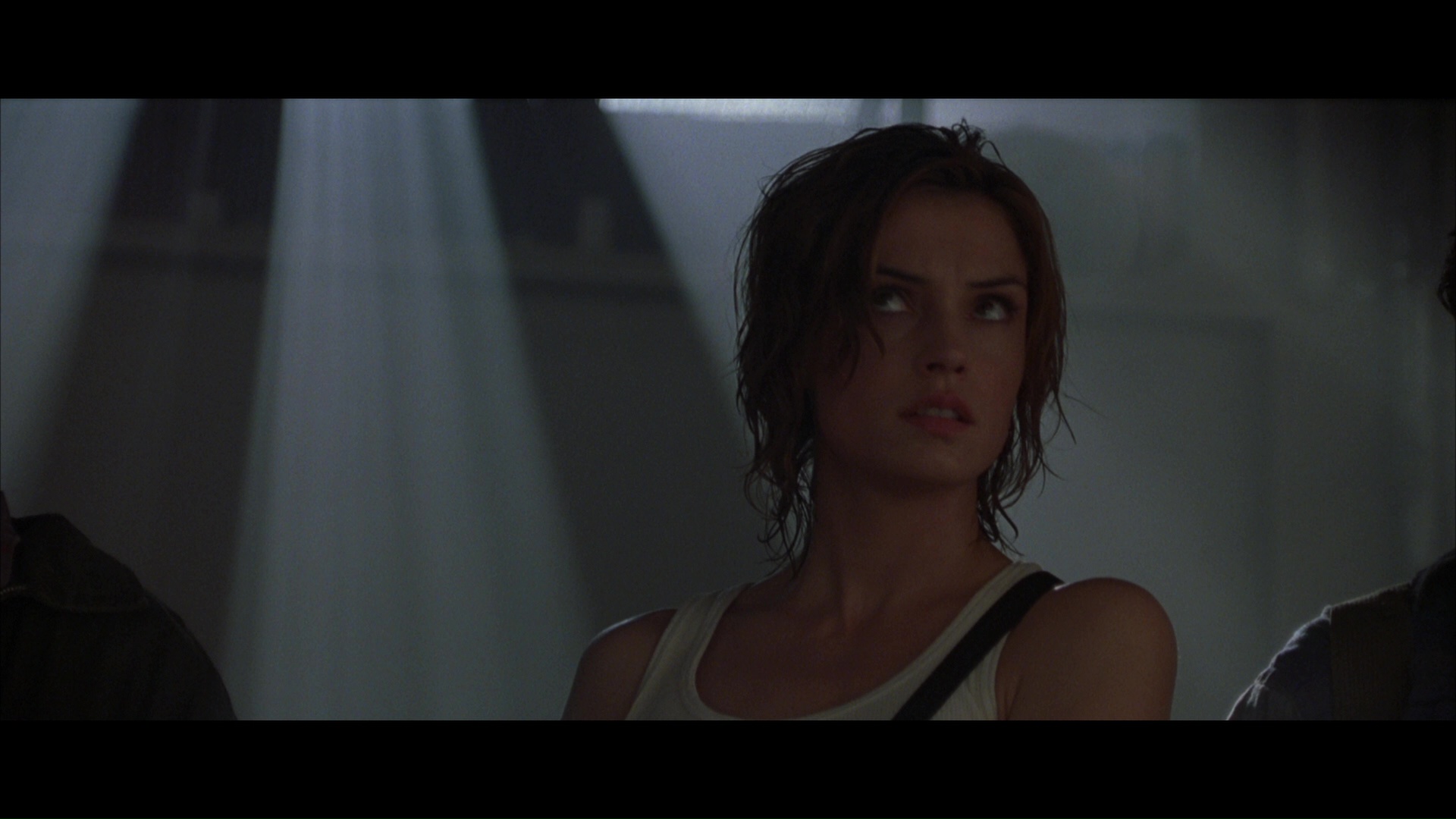 this was the fourth (and best) film 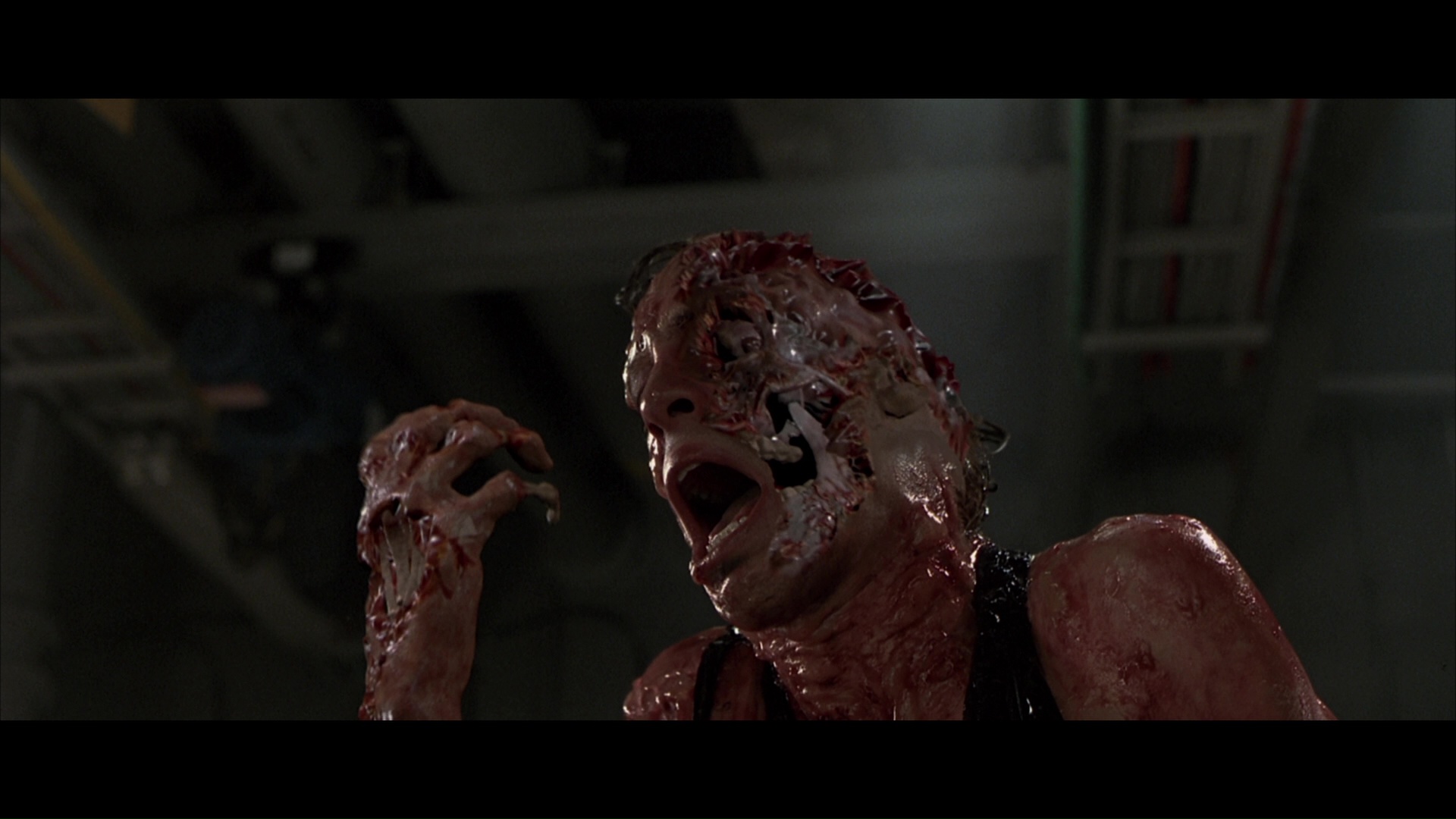 directed by Stephen Sommers, who kicked off the revamped The Mummy series at Universal the following year, this was the filmmaker’s first real dip into the monster movie pool. From its title on down, Deep Rising posed a big challenge to studio marketers who couldn’t pitch the very hard R-rated feature to young viewers, instead left deciding whether to push its monster horror aspects or its big-scale action sequences. That indecision left the film flailing when it first opened, but it has since picked up an energetic fan following and now stands as one of the more entertaining genre mash-ups from the 1990s.

Somewhere in the stormy South China Seas, a cutting-edge vessel called the Argonautica is entertaining its upper-crust passengers with enough casino action and swanky socializing to distract them from the raging waters outside. The ship’s owner and creator, Simon Canton (The Silence of the Lambs’ Heald), brags about its durability only for a mostly unseen but heavily tentacle menace to swiftly strike and wipe out almost everyone aboard, Poseidon Adventure style. Meanwhile John Finnegan (Williams) has hired his boat out to a ruthless gang of mercenaries who intend to raid the 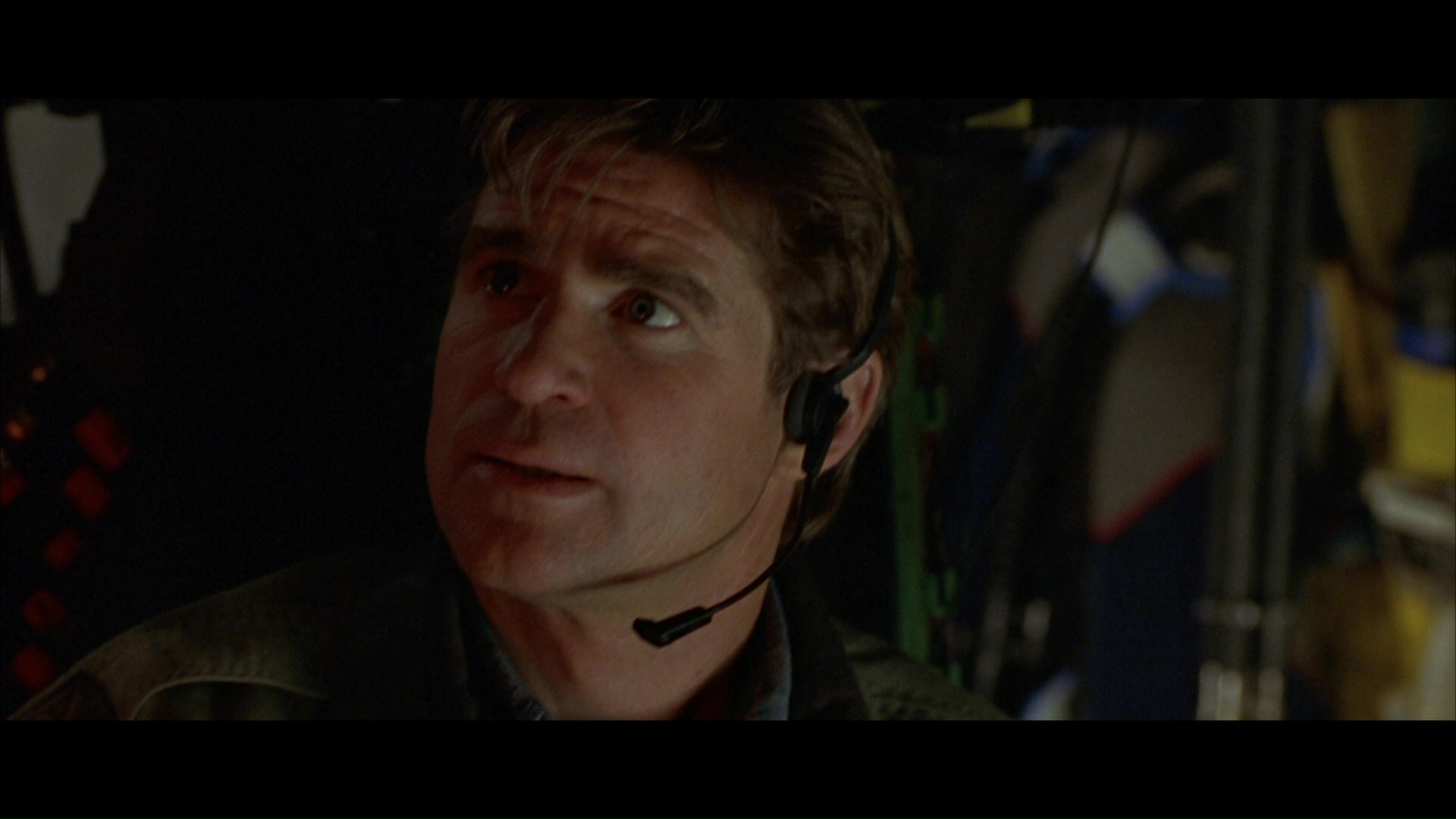 Argonautica, but when they arrive, they find it eerily abandoned – at least until they come upon beautiful jewel thief Trillian (GoldenEye’s Janssen), who was locked away during the assault, and later a tiny band of other skittish, axe-wielding survivors including Canton. As the monstrous presence shows no signs of slowing down by picking off the rest of them one by one, Finnegan and Trillian join forces to come up with a plan to escape with their lives. 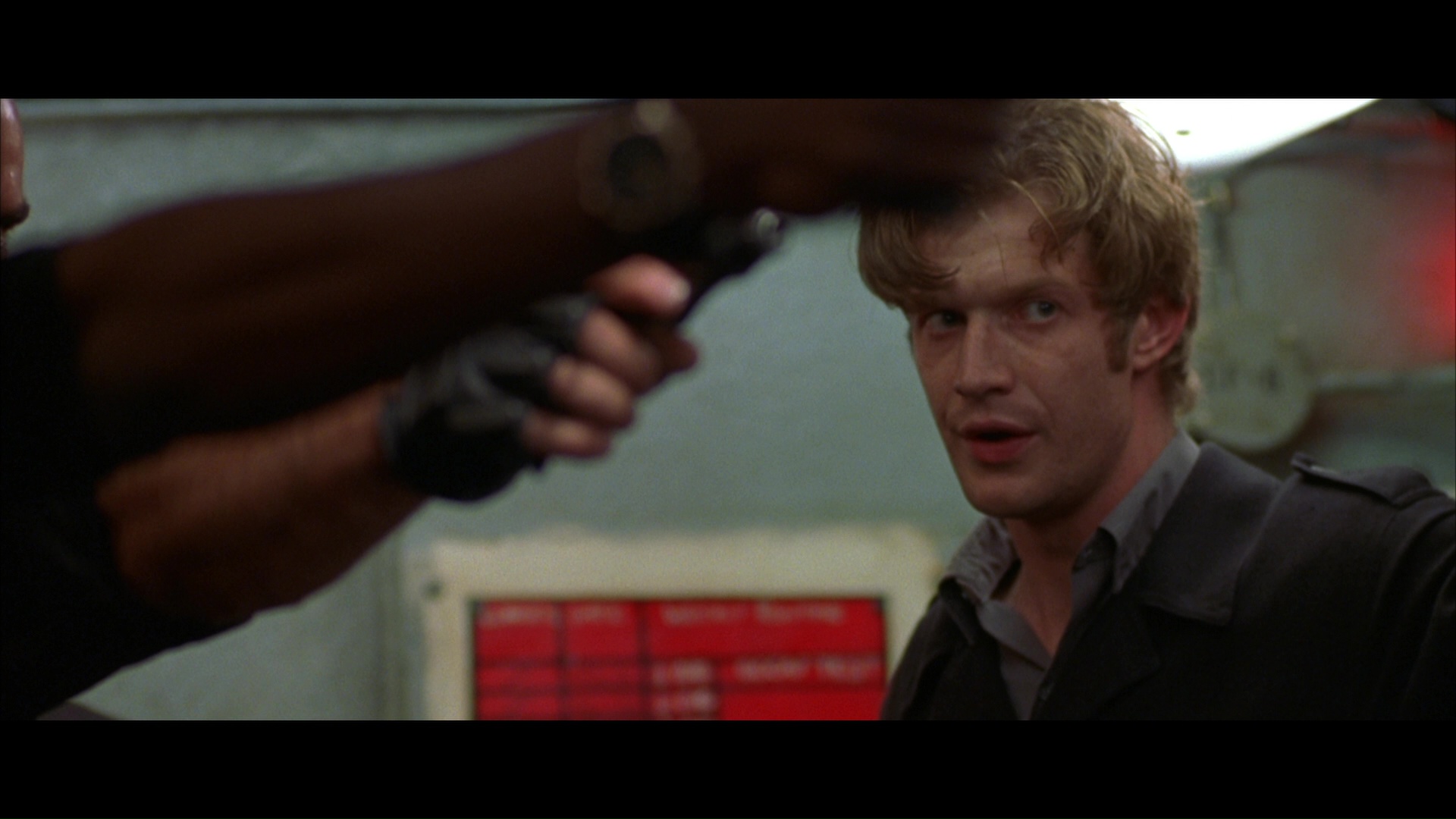 Though some of the CGI looked a little ropey even when this film hit theaters, Deep Rising is a brisk, stylish good time with enough elements from recent sci-fi and action hits thrown into the mix to make it a sort of greatest hits compilation up to that point. Already teamed up with Janssen in the underrated Lord of Illusions, Kevin J. O’Connor, a Sommers mascot of sorts in later films like The Mummy, Van Helsing, and G.I. Joe: The Rise of Cobra, gets the best comic relief moments as Williams’ nervous sidekick, and the cast manages to do its best with a script that gets a little too smart-ass for its own good sometimes. (It’s no wonder Williams’ “Now what?” catchphrase never caught on.) Adding a great deal of heft to the film is its lively, synthesizer-dusted score by Jerry Goldsmith, who provides some great action music set pieces particularly in the final twenty minutes.

Following its middling box office performance, Deep Rising hit the usual video formats around the time including VHS, DVD, and laserdisc, all featuring an innocuous, airbrushed design based on the jet ski climax instead of the horror-centric theatrical poster. Luckily most of those formats have allowed people to enjoy the film’s original 2.35:1 compositions, which were thrown out of whack when the Super 35 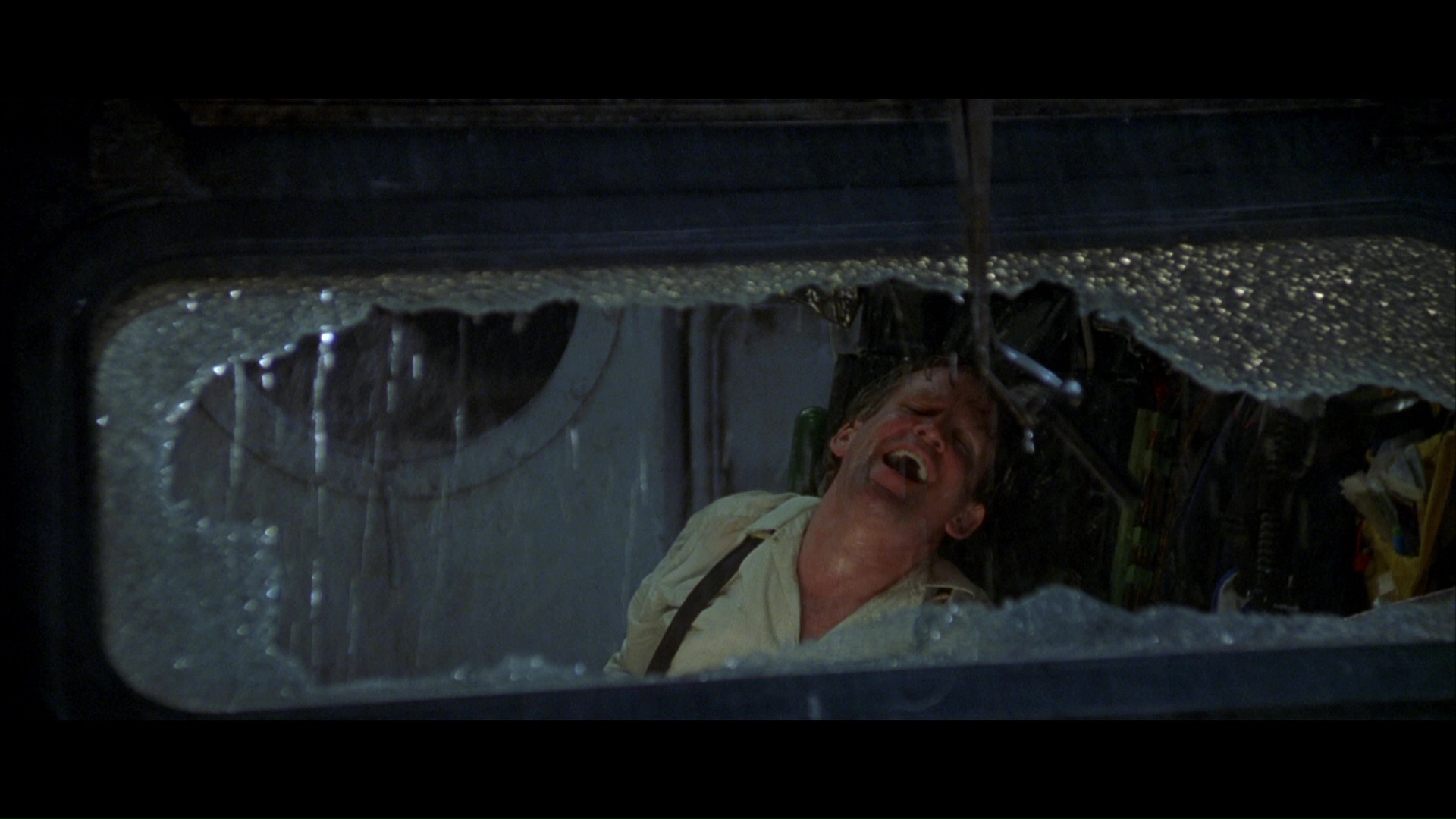 production was adjusted for pan and scan consumption. (In keeping with its practice in 1999, Disney didn’t even present the film in anamorphic widescreen.) The first Blu-ray release appeared in 2012 from Mill Creek paired up on the same disc with The Puppet Masters, basically making it a ‘90s monster double feature, and the transfer actually looks quite solid on that one. The same source appears to have been used for Kino Lorber’s 20th anniversary special edition Blu-ray from 2018, which finally gives the film the red carpet treatment including both DTS-HD MA 5.1 and 2.0 options and an audio commentary with Sommers and editor Bob Ducsay. They're in very good spirits and seem to be having a lot of fun revisiting the film, recalling the evolution from its scripted phase as Tentacle through the workings of Hollywood Pictures at the time and the shifting demands of special effects that required a number of challenging game plans along the way.

An interview with (astonishingly well-preserved) actor Wes Studi, "Wet Cold Canadian Summer" (8m23s), covers the challenges of shooting a waterlogged film complete with adverse temperature conditions and broken glass, and most impressively he pulls off the tongue twister, "I tweet with Treat from time to time." Next up is "Pantucci the Greasemonkey" (14m17s) with O'Connor, who recalls Sommers' boundless energy ("like an amusement park exploding on the 4th of July"), the love of monster movies that informs their collaborations, and good acting advice about what to take care of before you work in warm water, among lots of other topics. In "The Argonautica" (13m16s), Heald 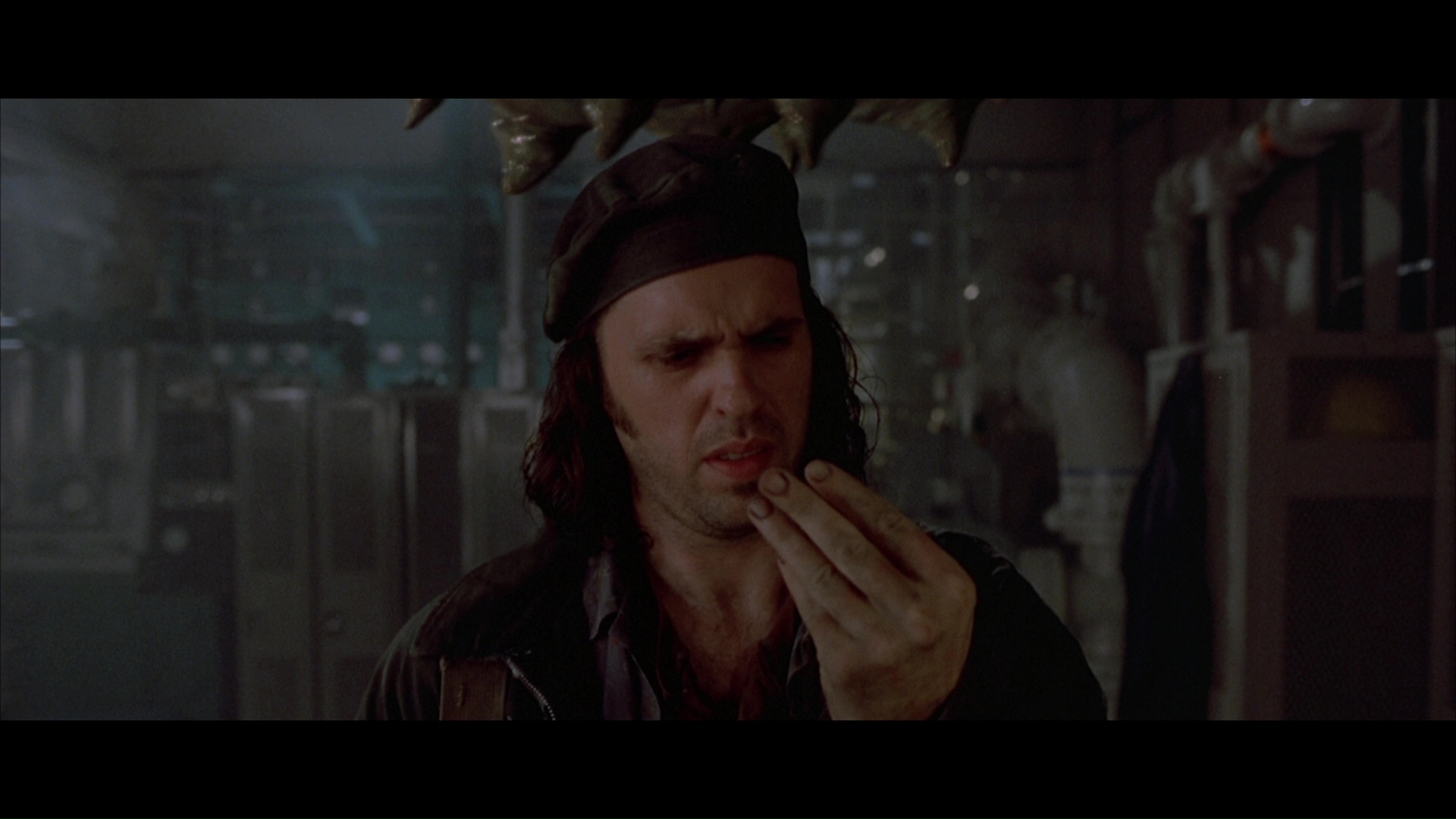 chats about being brought in late in the process to play his villainous role, the method of portraying the gradual descent into insanity for his character mirrored by his wardrobe, and the combination of excitement and silliness involved in doing practical stunts and CGI-dependent acting. Second unit director (and legendary cinematographer) Dean Cundey appears for "Deep Terror" (11m48s), a look at how his job was to capture the non-star texture and action of the production which he didn't find that different from cinematography, while visual 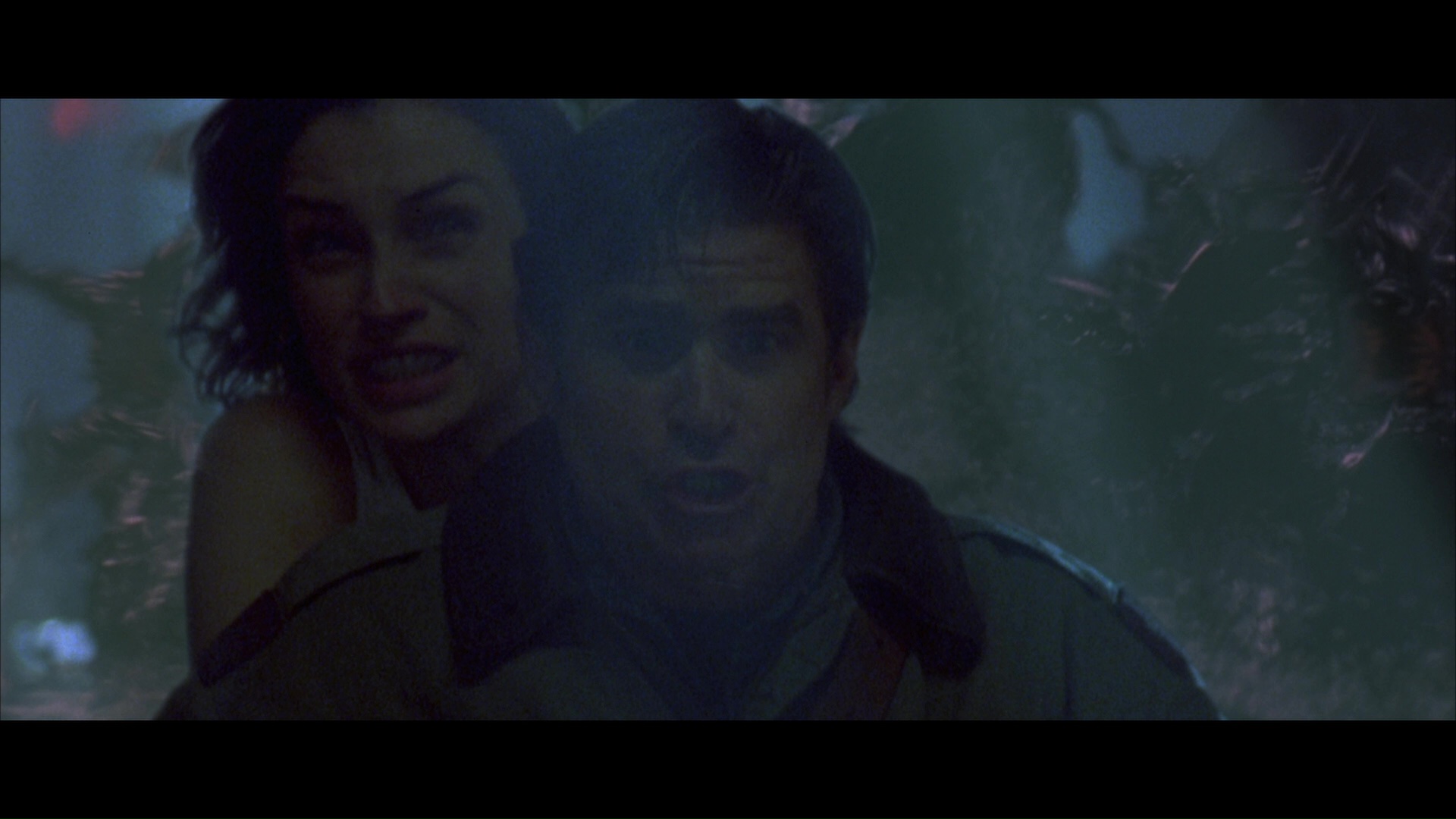 effects artists John Berton and Van Ling turn up for "Bubblefunk and the Big Kaboom" (16m50s) covering the radical transition to digital effects around the turn of the millennium with hardware requirements that were very different from what we know today, with similar territory mined in "From the Depths" (9m25s) with practical effects artists Brad Proctor and Doug Morrow looking at it from the other end of the telescope including their work with creature designer Rob Bottin. In "Sinking the Boat" (14m5s), cinematographer Howard Atherton notes the convincing process Sommers had to use to sell him on the project instead of his usual penchant for dramas. He also goes into great detail about shooting the jet ski sequence, which posed a combination of real and computerized challenges all being pulled at the same time. Some SD archival material from ILM spotlighting the special effects in six parts can also be found with a selection of an animatic final sequence, creature footage, test renderings, and other ephemera, followed by an animated image gallery, the theatrical trailer and bonus trailers for The Puppet Masters and Rawhead Rex. The packaging (which comes with a limited slipcase) features a cover design by Jacob Phillips that ranks as the first good artwork this film has ever had.